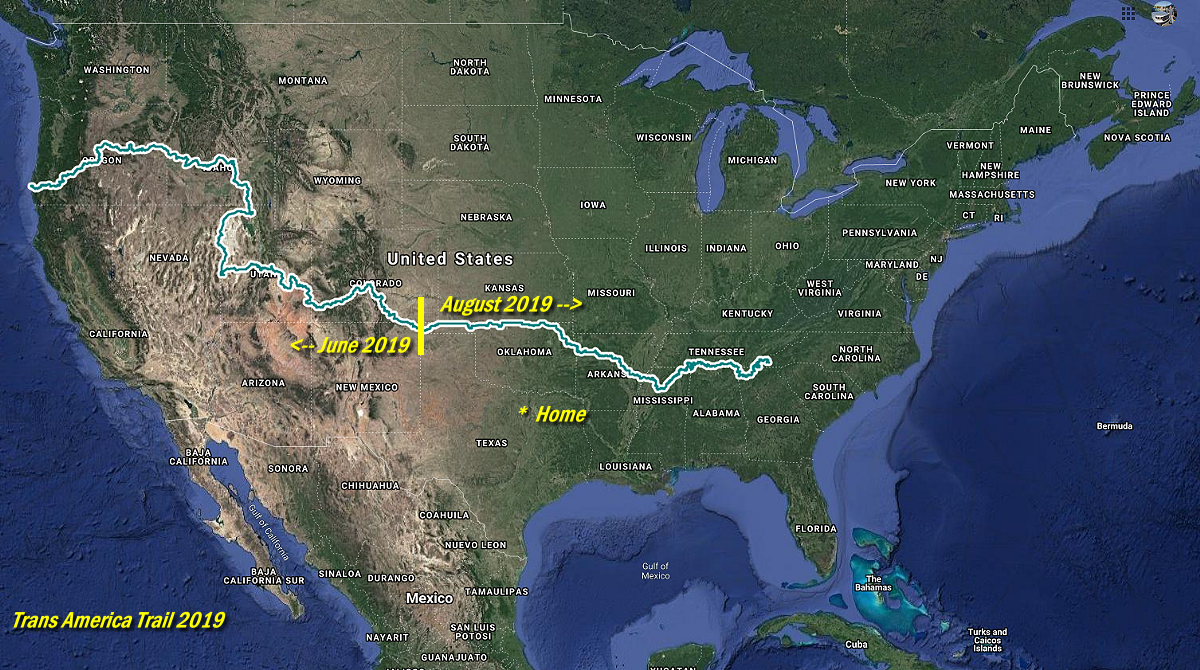 I became aware of the Trans America Trail back around 2014/2015, and it became a bucket list adventure that I wanted to complete.

Sam Correro followed his passion for adventure and set out with a goal to chart an epic off-pavement cross-country trail. After surveying and covering thousands of miles of ground, studying reams of maps, and detailing his travels every step of the way, Sam created what would later become the official Trans America Trail.

The official Trans America Trail website describes it as:

The TransAmerica Trail is the cross-country adventure ride of a lifetime with mostly off-pavement travel. From scenic vistas and unique attractions to rough terrain and challenging conditions, the TAT presents every rider with the opportunity for an unforgettable journey and memories that will last a lifetime. Depending on the weather and location, riders may face challenges including mud, sand, snow, and rocks among others. As the trail is made up of dirt, gravel, forest, farm, and brief sections of paved roads, The TAT may be traversed using either a dual-sport motorcycle or a 4×4 vehicle.

In 2017, I had completed an epic 3-week road trip exploring the northwest United States, but this was mostly following old US routes and highways in my 2010 Ford F-350, and camping along the way. The Trans America Trail would consist mostly of off pavement sections, and would require a smaller 4×4 truck. I didn’t feel that the Ford F-350, or my current Ford Expedition was the right vehicle for this type of adventure. In fact, most people that complete this adventure do so on motorcycles, and many people only do part of the trail. Very few people have done the whole thing in a 4×4 truck, and I’m not aware of anyone ever doing it in a Ford Ranger.

In March of 2019, Ford Motor Company gave me a 2019 Ford Ranger FX4 to use for 6-months. This Ford Ranger would become known as the ‘Loan Ranger‘. The all new Ford Ranger was the perfect size truck for this type of adventure, and Ford told me that I could do anything I wanted to the truck, as long as I didn’t drill any holes in it. This created the opportunity for me to complete the Trans America Trail, and test out the new Ranger at the same time.

The 2019 Ford Ranger is a capable truck right from the factory with its rear locking differential, skid plates, Terrain Management, and Trail Control. This Ranger was also outfitted with a Yakima rack and Skyrise tent that’s available through your local Ford dealer. 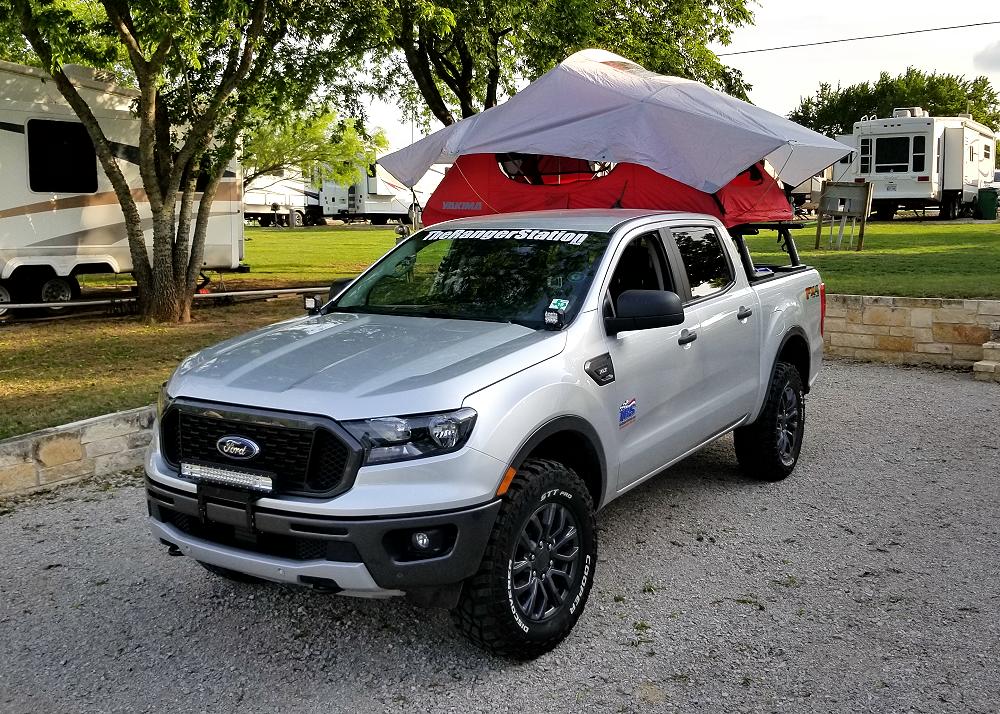 I chose to leave the suspension stock to really show what the new Ford Ranger was capable of, but upgraded to a more aggressive 265/70/17 Cooper Discoverer STT PRO mud terrain tire. 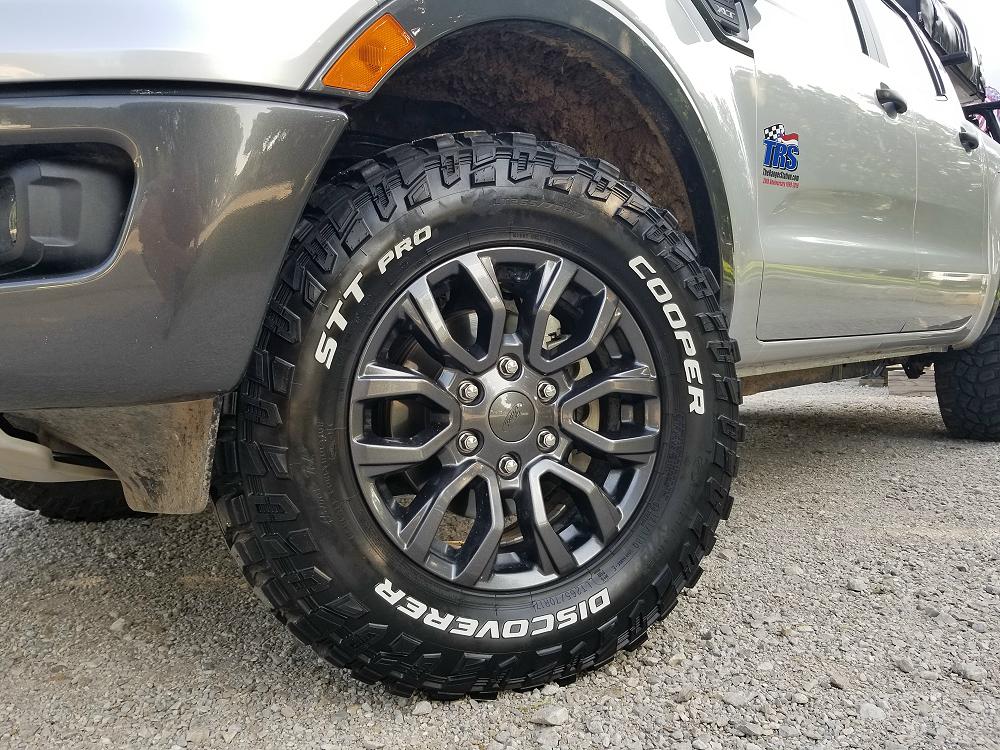 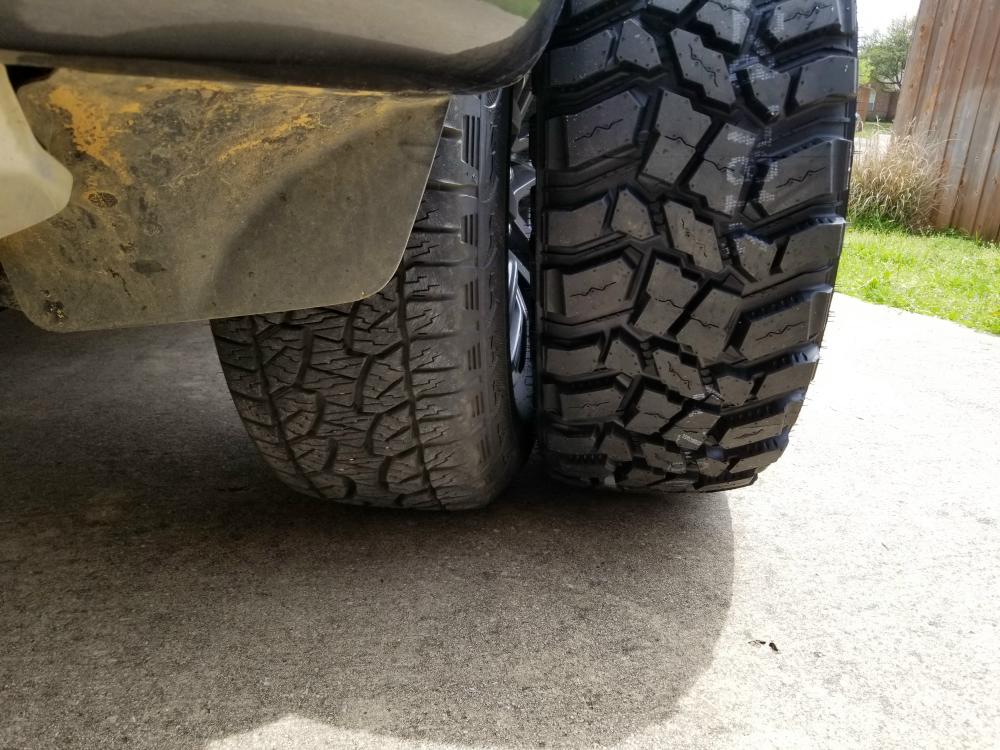 I needed an aggressive tire to get me through the mud, sand, snow, rocks, and harsh conditions that I would encounter on this trip. I’ve used these tires in the past, and knew they would get the job done.

In addition, I added Nilight LED lights to the front and rear of the truck to help me navigate the trail at night, and provide lighting at my campsite. I also loaded the bed of the truck with a Scepter fuel can, water can, Lifetime cooler, Hi-Lift jack, shovel, traction mats, as well as camping gear, a grill, and some basic tools. 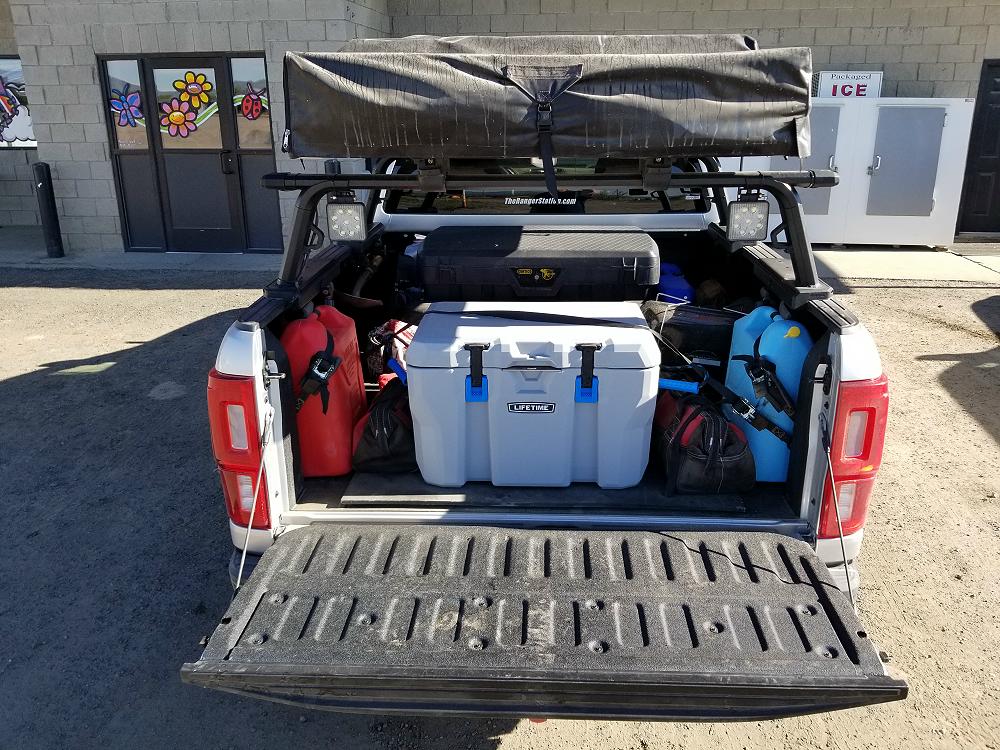 I also needed to mount my tablet to the console so I could navigate the trail with Gaia GPS, as well as camera mounts to record my trip. 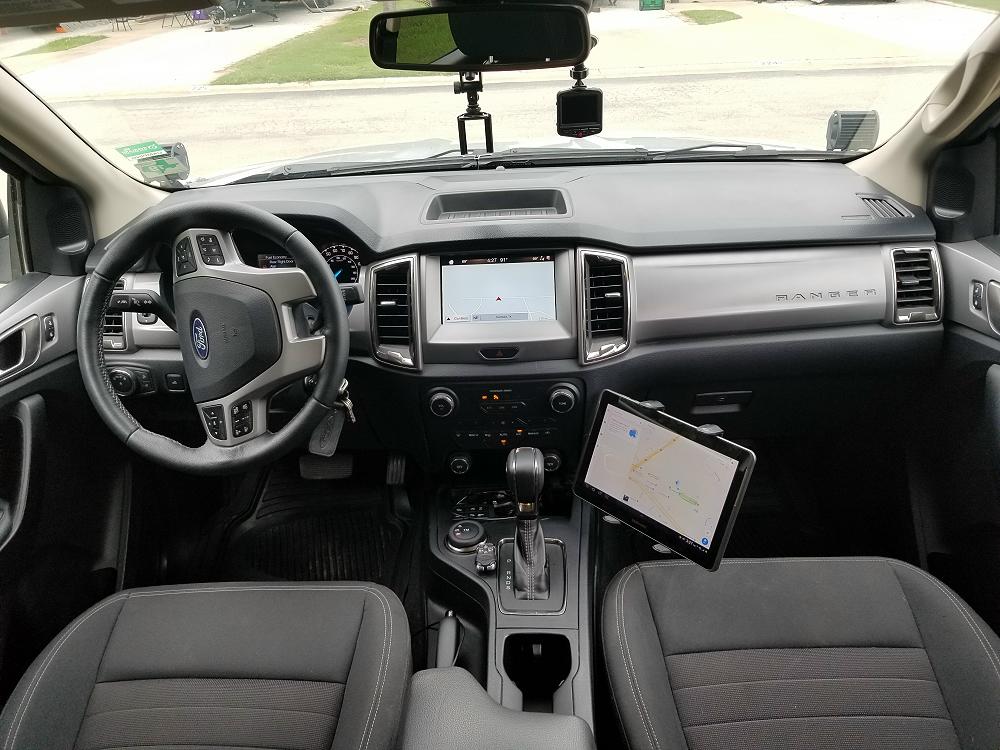 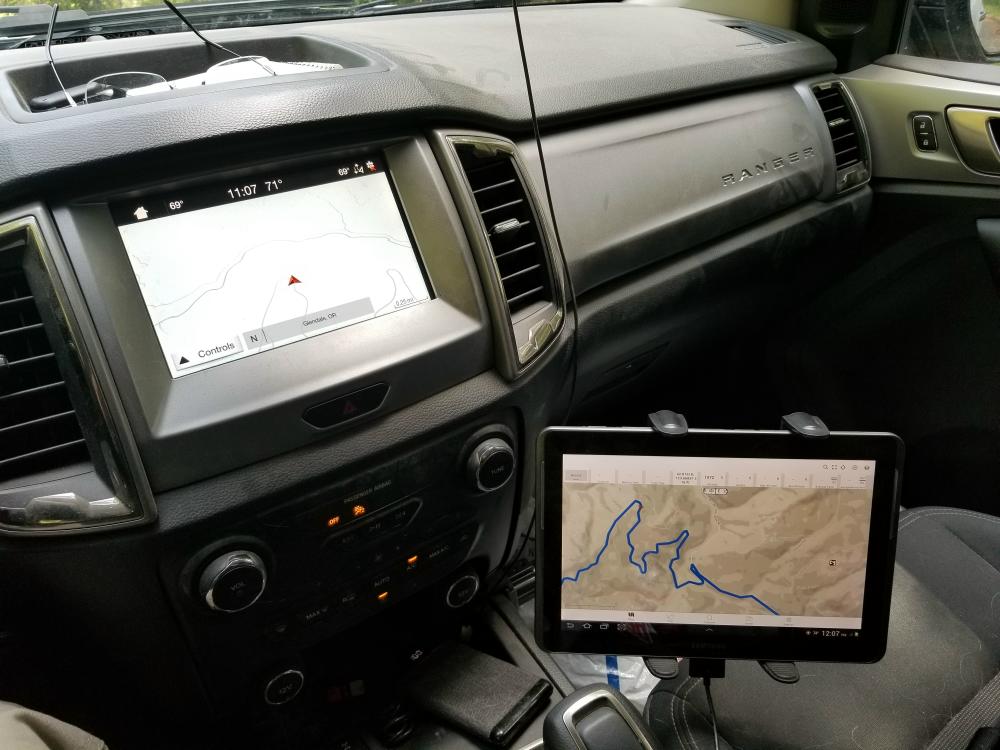 I live in the Fort Worth Texas area, and knew I would be traveling to Ohio in September, so I decided to head up to the Oklahoma / New Mexico border in June, and travel the Trans America Trail west, instead of driving to Tennessee (where the trail starts) and backtracking. I would complete the sections from Oklahoma to Tennessee in August on my way to Ohio.

In June, I drove 3,880 miles exploring the Trans America Trail and surrounding areas. 1,861 of those miles were off pavement.

In August I drove 1,517 miles exploring the Trans America Trail and surrounding areas. 480 of those miles were off pavement.

That means that I drove 5,397 miles exploring the Trans America Trail, and spent 2,341 of those miles off pavement. These do not include the miles I spent driving from Texas to intersect with the trail, and the return trips home.

These numbers will vary from person to person that does this trip. Some venture off the trail to see other areas, get food, gas, or find a place to sleep. Some areas have the option of newer or older routes, and sometimes you have to detour because of a trail / road closure.

This is just a highlight video of the whole trip. Each trip report (link) below has it’s own video as well.

For information on how I navigated the Trans America Trail, CLICK HERE.

Click on the images to view the story for the days listed. 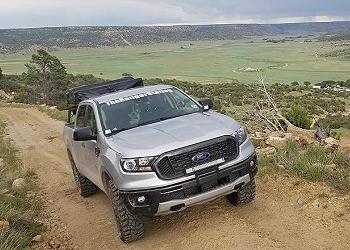 Trans America Trail – June 5th & 6th, 2019: After spending the night at the KOA campground in Cotopaxi, I backtracked to Westcliffe and continued on the Trans America Trail. This part of the journey took me on to Marshall Pass, across the Continental Divide, and through the Gunnison and San Juan National Forests. I finally made camp at the KOA campground in Ouray, Colorado.

Trans America Trail – June 7th & 8th, 2019: After spending the night in Ouray Colorado, I explored the region looking for photo opportunities, before working my way to Moab Utah. 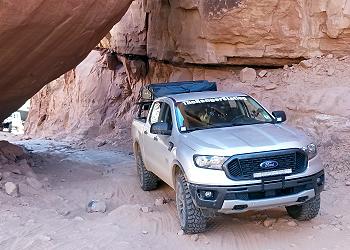 Trans America Trail – June 9th & 10th, 2019: After spending the night in Salina Utah, I continued my way across Utah, discovered some salt flats, a pony express station, the Wendover Army Airfield, and the Trans Continental Railroad. By the end of the day, I would be in Idaho. 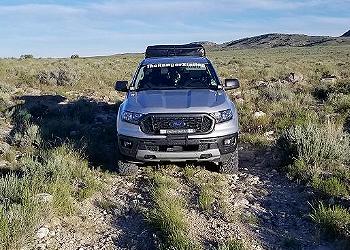 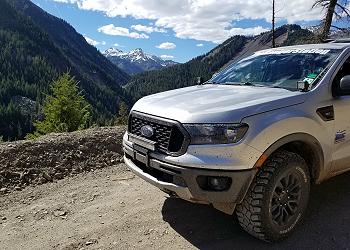 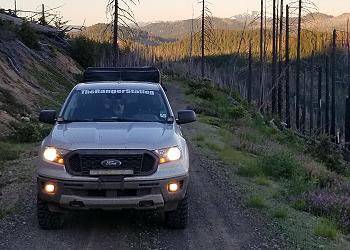 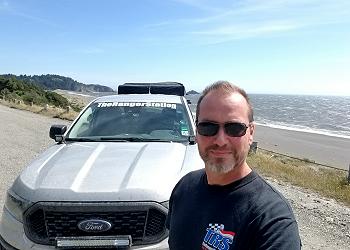 Trans America Trail – August 13th & 14th, 2019: Today I started the second half of my journey on the Trans America Trail traveling from Oklahoma east towards Tennessee where the trail starts. In this part, I made it as far as Stuttgart, Arkansas. 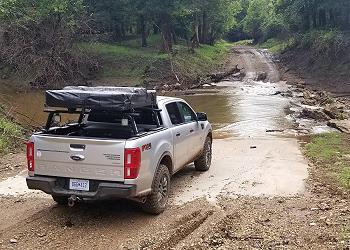 Trans America Trail – August 15th & 16th, 2019: After spending another night in Arkansas, I managed to make it in to Mississippi, and continue all the way in to Tennessee. I experienced so pretty rough trail sections in this part. 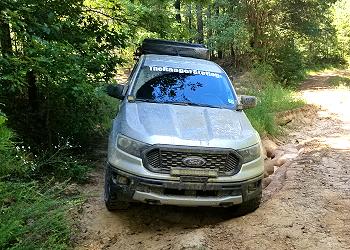 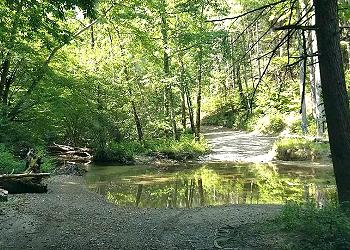