97Ranger3.0 said:
Finally got a set of 33s for the truck! I still have some odds and ends to finish up before I'd consider the truck to be 100% after the lift install, but finding the time is the hardest part

Looks great.
BTW, they're never really 100%. Always something else in the back of your mind. A work in progress.

I finally got around to finishing up the front brake hoses. I made a bracket for the passenger side hardline section for support. And I got rid of the metal brackets on the hoses as suggested by scotts90ranger. I also cut up some heater hose to wrap around the brake hose for some added protection from rubbing against the suspension. Then I just zip tied the hose to the spring in the center. The driver's side looks more or less the same but I forgot to take a picture. 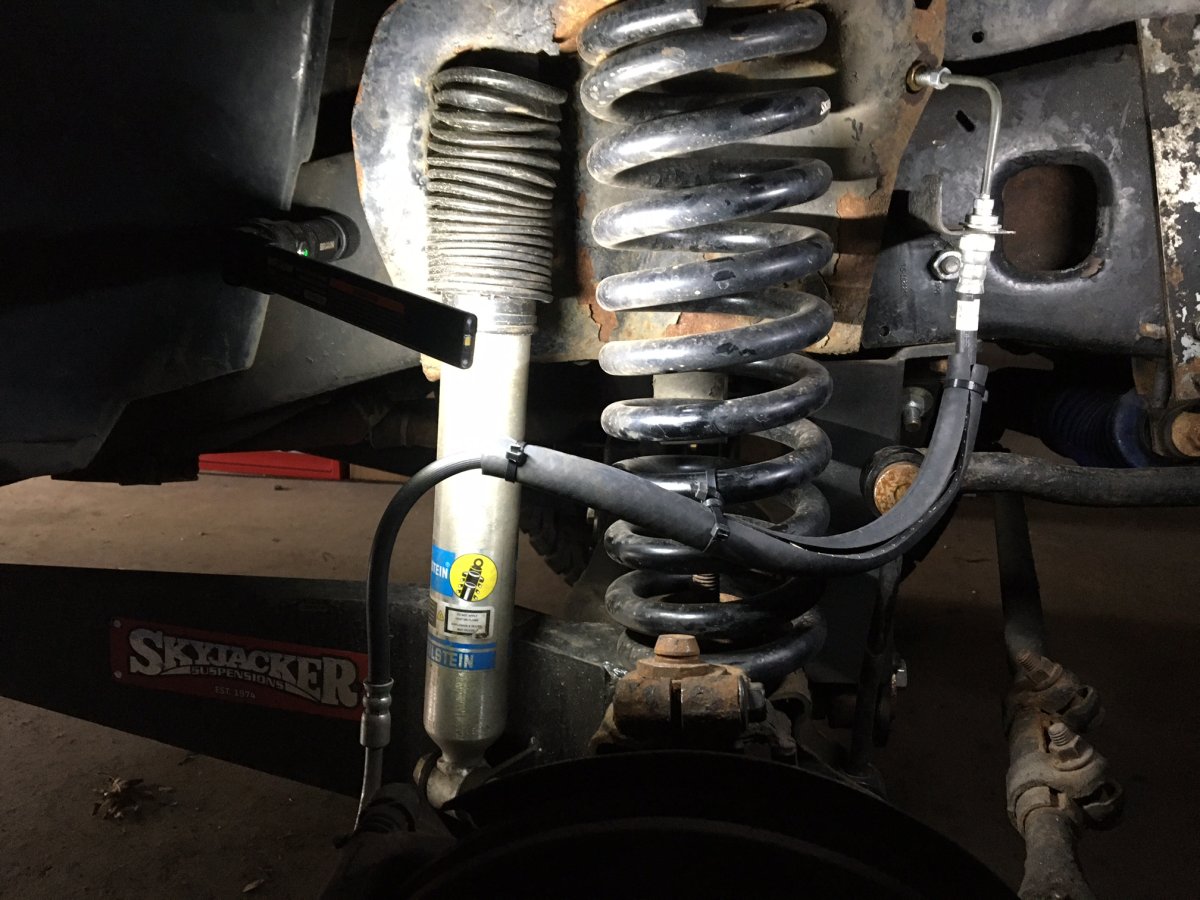 Also, just for fun I made a custom intake setup. It's a cheap one from ebay for a 4.0 Ranger. I did have to buy a longer elbow for the throttle body coupler to keep the 3" tube forward and away from the pulleys. The elbow I bought is 2.75" on one end and 3" on the other so it would fit the throttle body better as well. And I made a shroud to support the whole setup better than with the crappy brackets the kit came with. 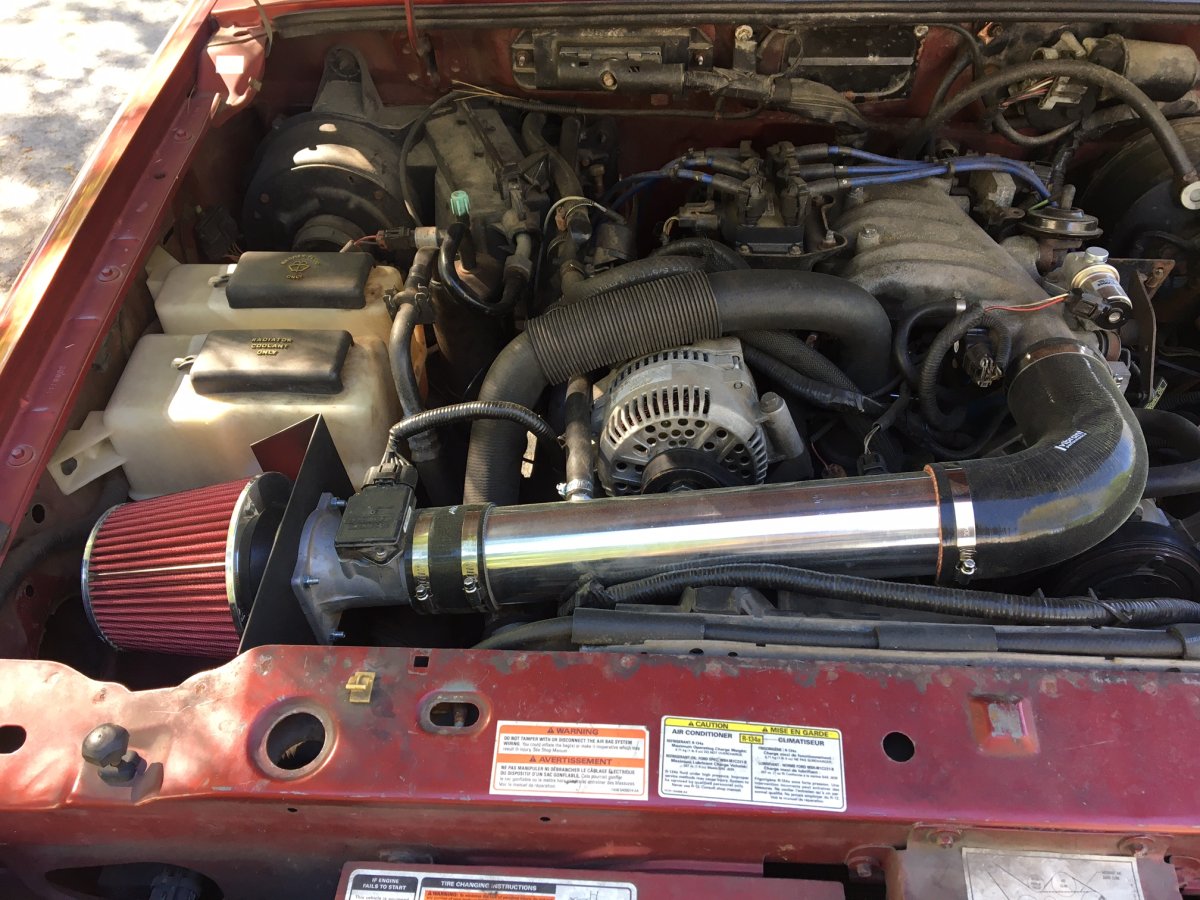 I did have to do some trimming to fit the 33s, but nothing too crazy. This is how I had to trim inside the fender flare at the rear of the fender. This spot rubbed the worst, and now it clears barely lol. I painted the exposed fender black to make it less obvious. I also had to trim the lower valance on the bumper a little bit, but honestly I think it's not even noticeable. 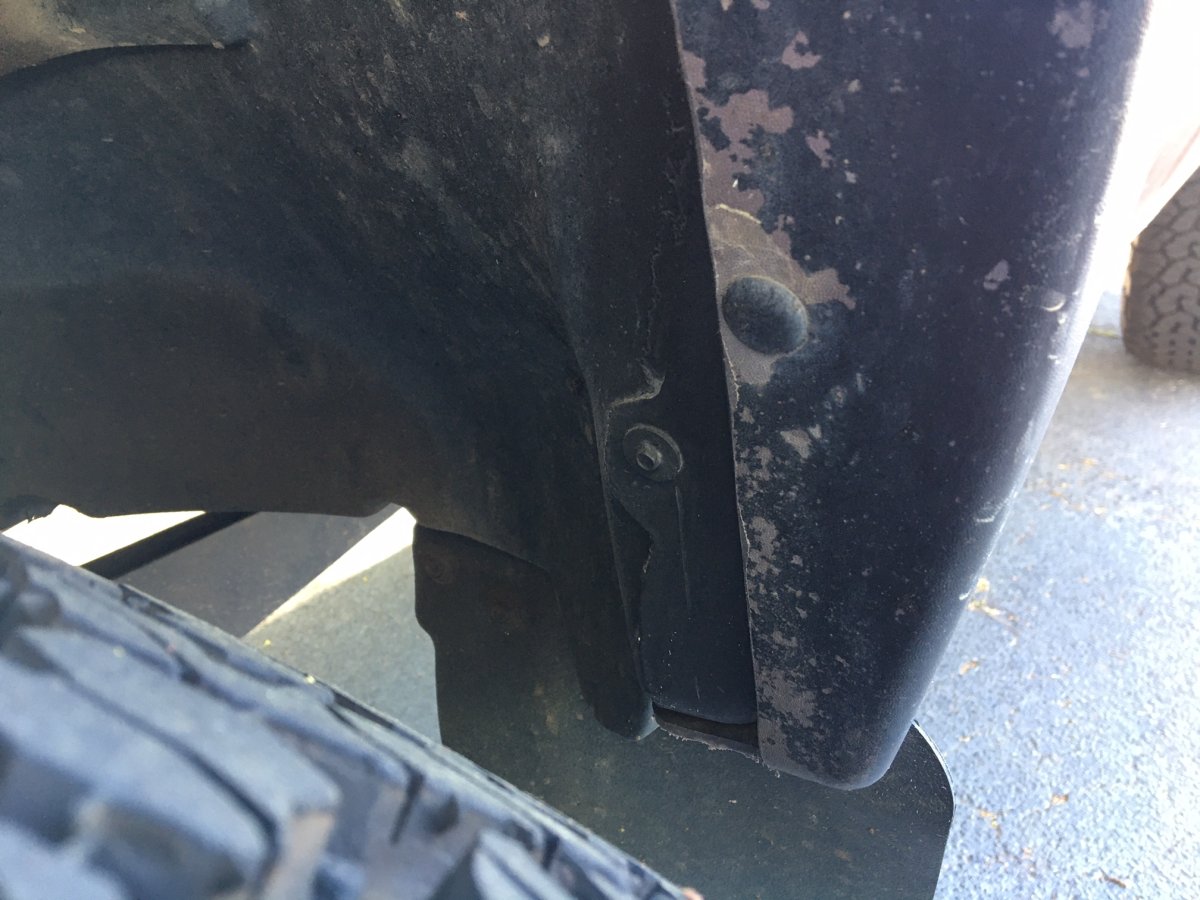 I copied ericbphoto's setup for the radius arms. I probably could've used something a little bit thicker to push the front axle forward a little more, it would've helped with tire clearance. But honestly I don't really want to take it all apart again. Either way, I would say some sort of small spacer is required if you're not going to use the OE plastic spacer on the bushings. When I didn't have this spacer, the threads on the RA lock nut would bottom out before compressing the bushings. The steering feel was terrible because the axle beams could move back and forth so it wandered like crazy. This fixed that problem though. 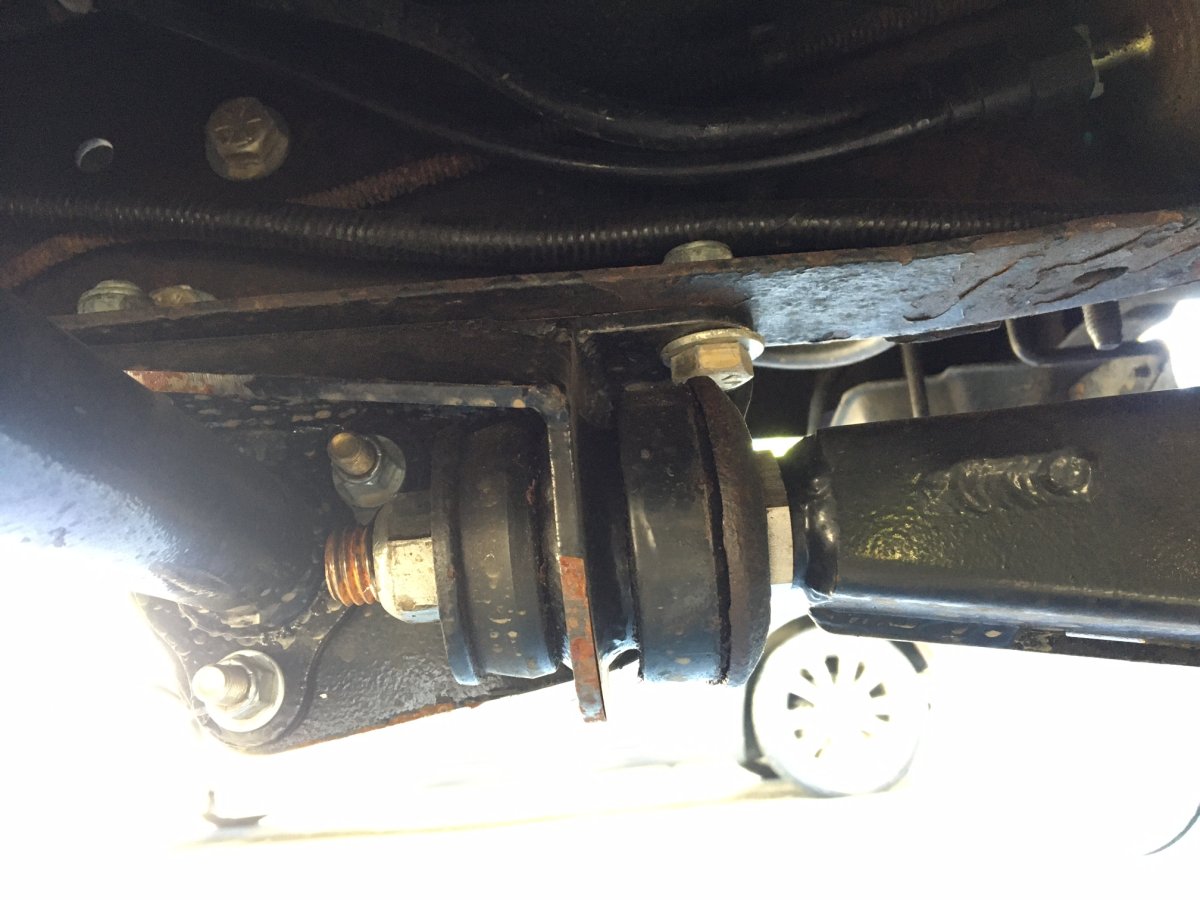 I got a nice and beefy Yukon diff cover which I installed after completing the break in miles on the axle. I wish that I had put thread tape on the drain and fill plugs before I filled it up, because they do leak just a little. But I will just have to remember to do that whenever I have to change the oil again. Otherwise I'm happy though, I wanted something a bit heavier duty and with drain and fill plugs. 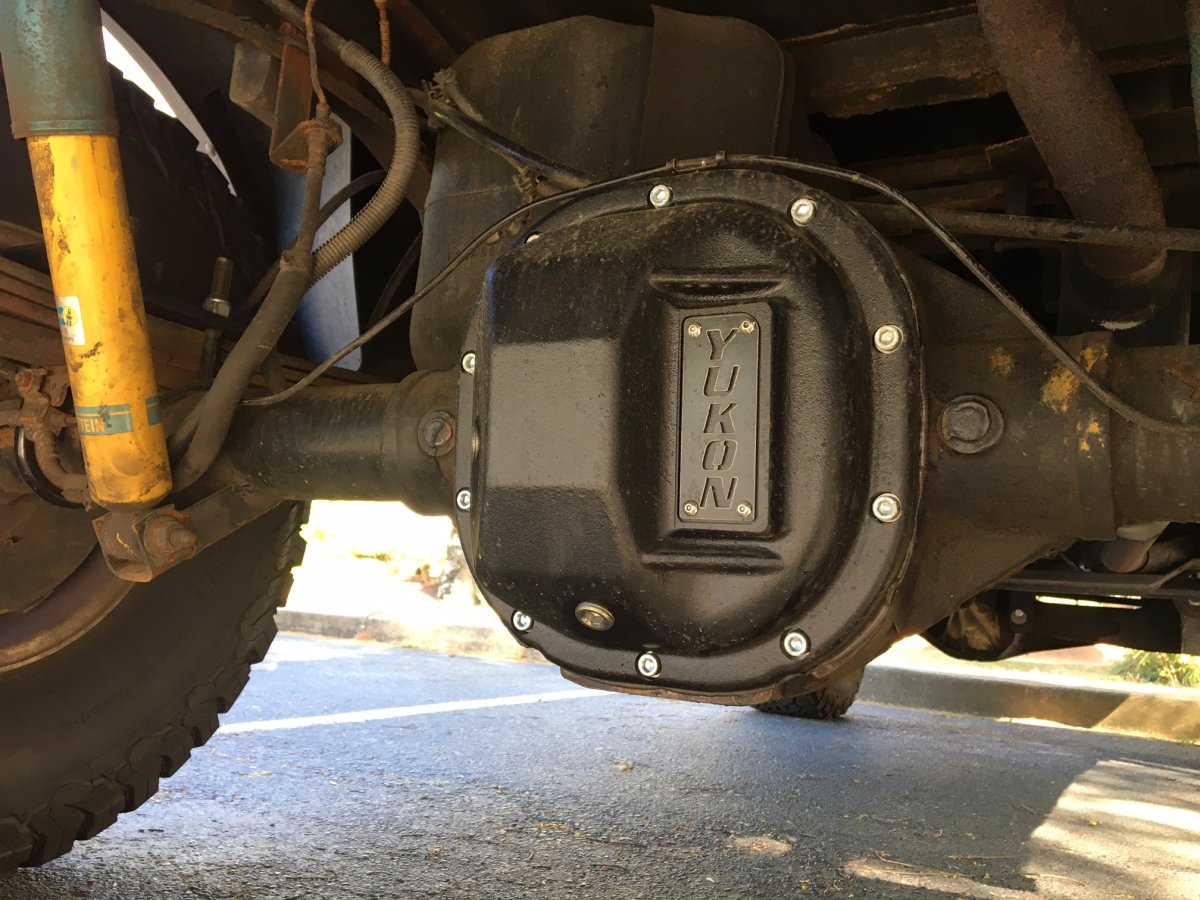 Also, I changed out the speedo gear to try and correct my speedometer after going to 4.88's with the 33's. Mine had a 20 tooth from the factory, and by my calculations I would need a 22 tooth gear to correct it. But that doesn't seem to exist, so I settled with a 21 tooth gear. I used a GPS speedometer on my phone to check my actual speed. Before changing the gear, the GPS app showed my speed as 47 or 48 when my speedo read 55. Now it shows 52-53 when my speedometer says 55. So, not terrible. I'm curious how much worse it'll be at highway speeds though. Before changing the gear, the GPS app showed 63 MPH when my speedo said 70, so I guess any improvement on that can't be too bad lol.

The speedo being out like it is will help avoid speeding tickets.

When you painted the back half of the frame, were you able to reach under and do under the cab?

When you painted the back half of the frame, were you able to reach under and do under the cab?
Click to expand...

Yes, you can kind of see some of it in these pictures from the first post. I had the cab all masked up and shot everything I could reach underneath. I just tried to avoid things like the exhaust, transmission, transfer case, etc. while spraying it. I think I actually masked up the exhaust if I remember right. And since I had the bed off while I did it I also sprayed the underside of it.

I had originally planned on doing the F350 master cylinder swap since I went up in tire size. But I knew it was going to be a bit of work to make fit in my truck and I don't really like making brake lines, so I procrastinated on it lol. But now I'm glad I did because I came across the 99 Dodge 2500 master swap in Bill4's build thread. The ports have the same size fittings, the mounting bolt hole spacing is the same, the only thing that has to be done is some minor modifications to the pushrod. Then it just bolts right in like it was meant to be. 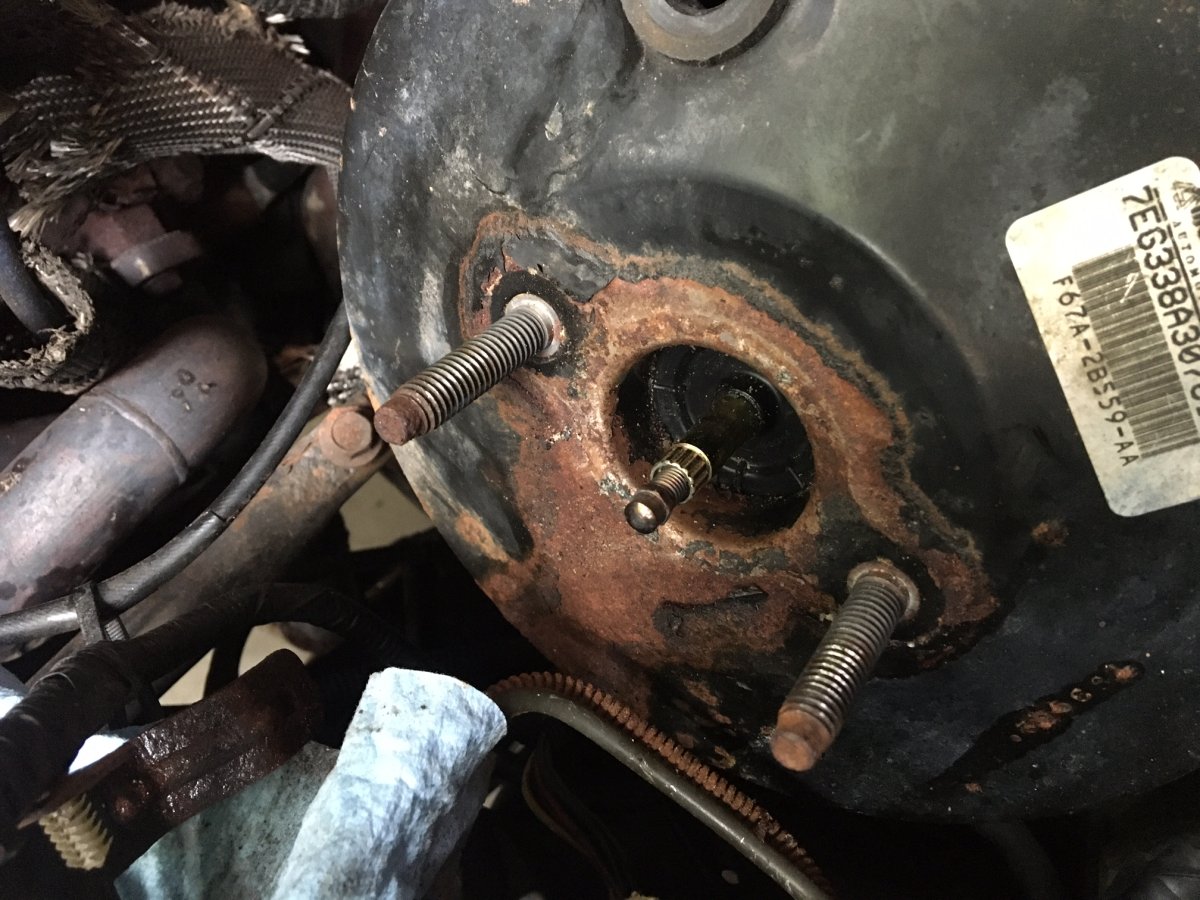 Shortened and bottomed out pushrod: 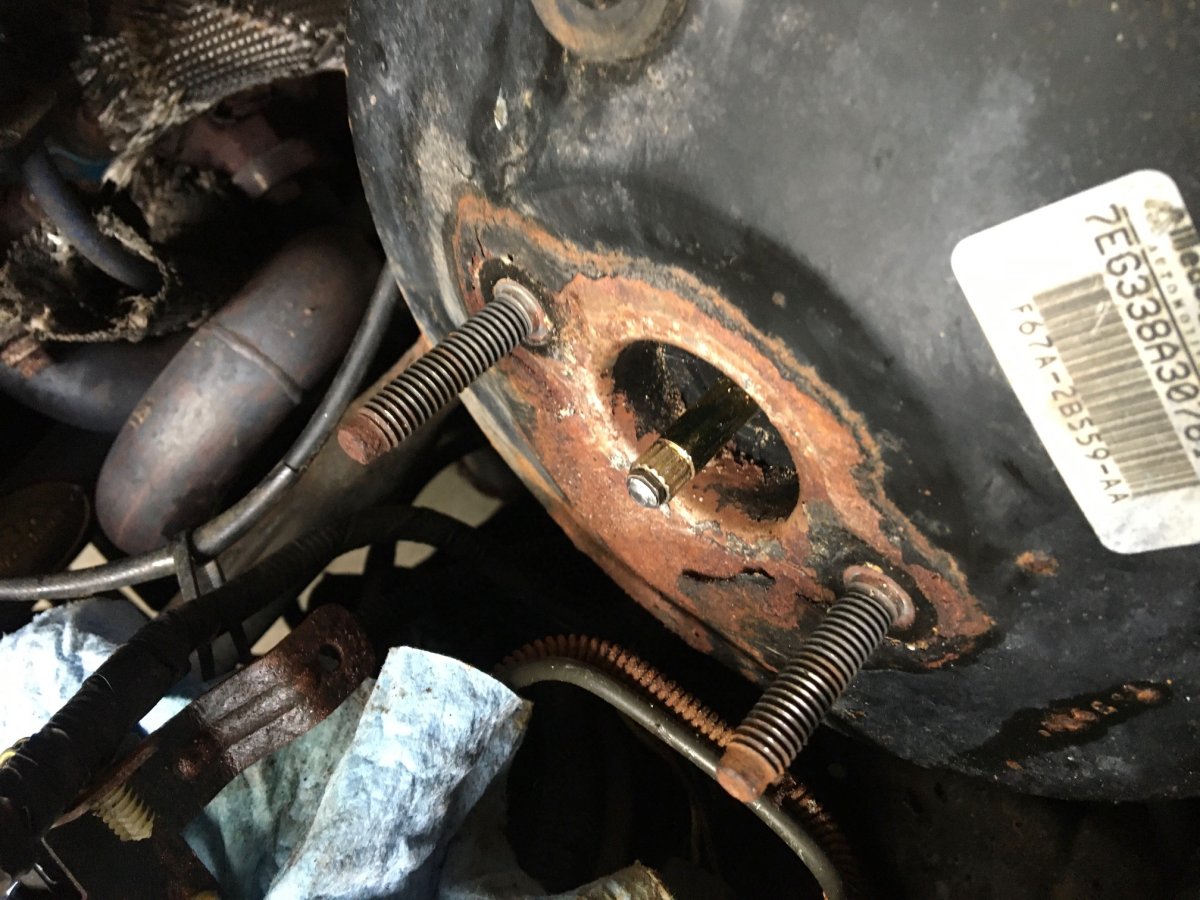 And then it bolts right in! 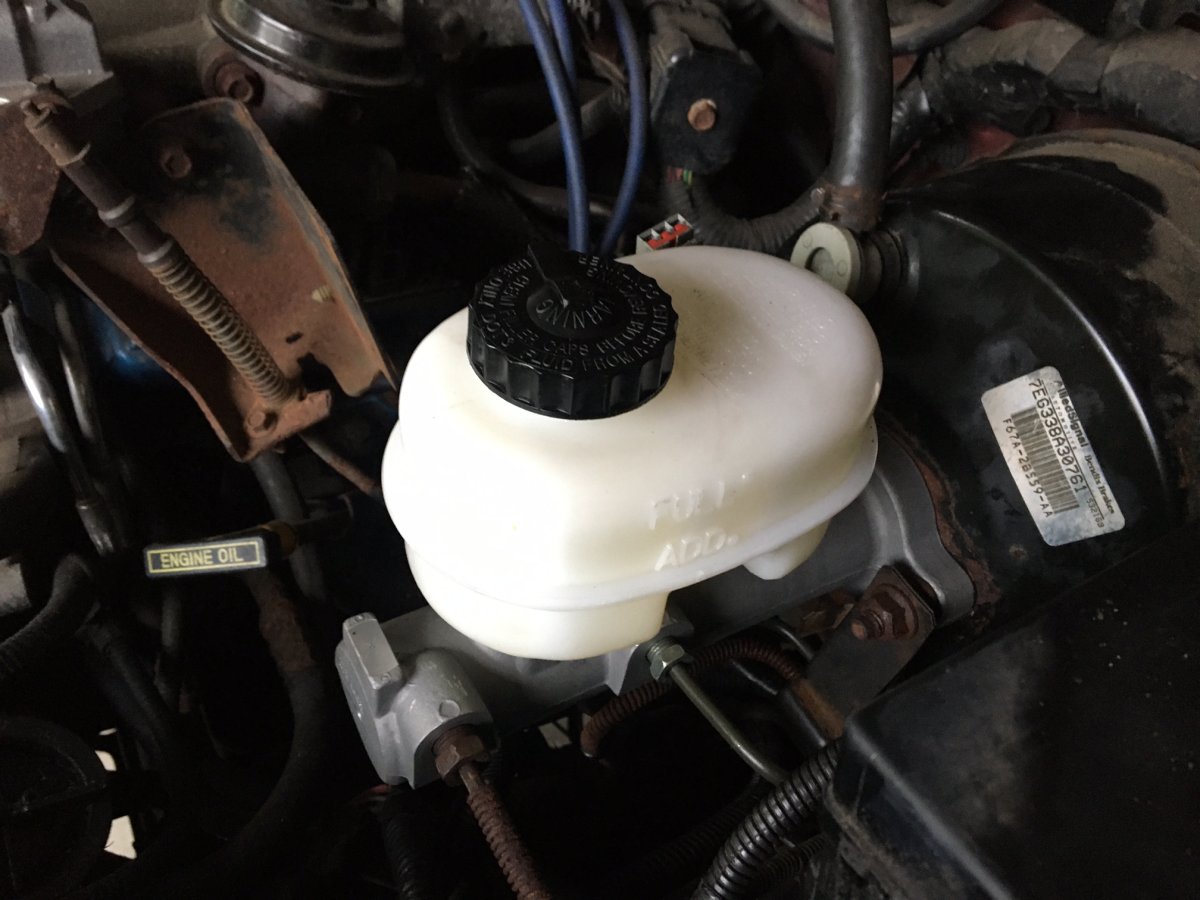 There's no fluid level sensor though, so I will need to make a jumper for the connector to get rid of the light on my dash. To do this, you need to jump the two wires which are not the black wire. This picture was just when I was testing that this did in fact fix the light, I will come up with something better soon. 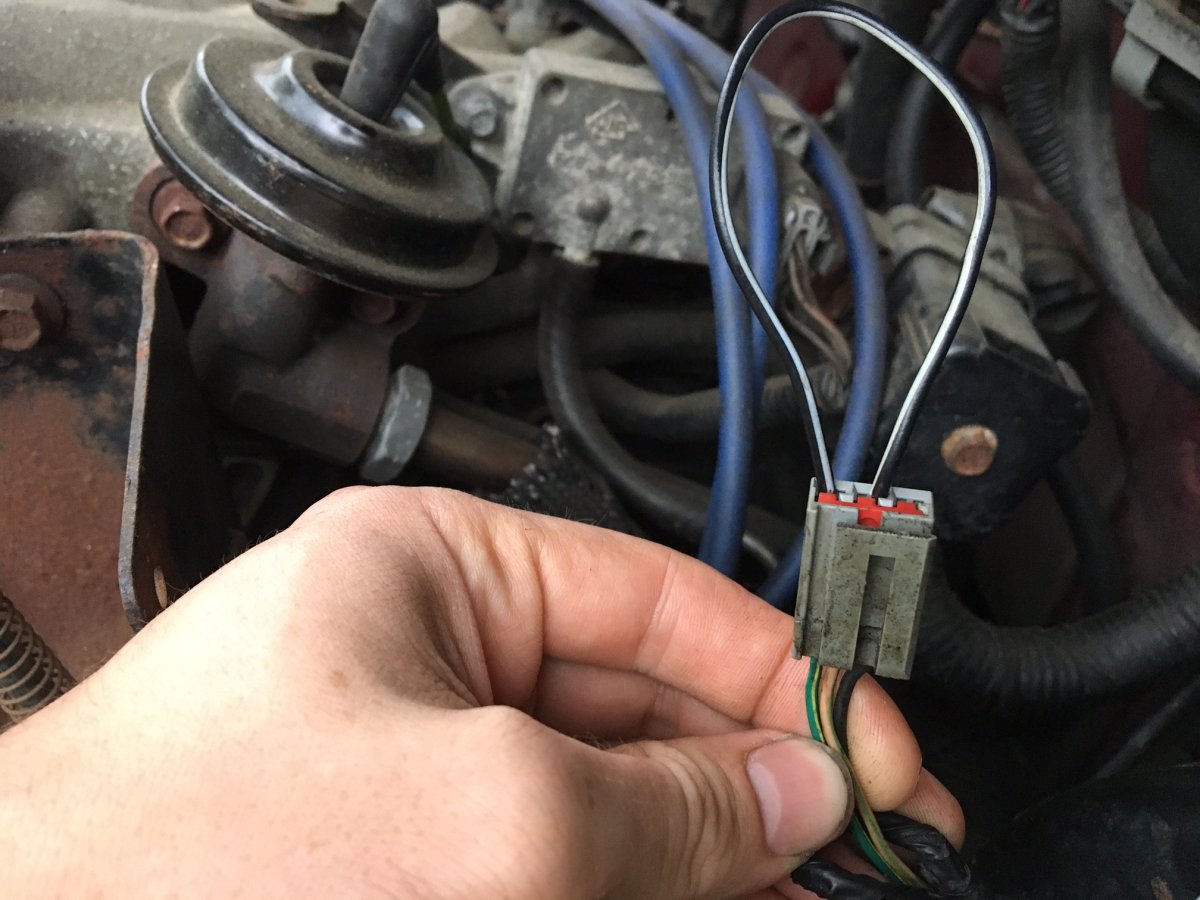 I love how the brakes feel now. I was honestly expecting this setup to feel overkill, but it's not by any means. It feels OEM, but when compared to my stock MC it feels more responsive and it takes a lot less effort to stop. I can also now lock the brakes up with 33s which I could not do with the stock MC.
You must log in or register to reply here.
Share:
Facebook Twitter Reddit Pinterest Tumblr WhatsApp Email Link