85 Mustangs with automatics and all 85 Crown Vics had CFI, not carburetors, but if you find one and want to, a 2 barrel carb will work on a CFI intake. 81 and earlier 302's, all 289's and 351's had 28.2 oz crank imbalances and 82 and newer 302's had 50 oz imbalance- keep that in mind buying a flywheel, get it wrong and it'll shake your teeth out(and the main bearings). 82 and later 302's used a one piece rear main seal which I greatly prefer. 85 and later Mustangs had roller cams and other models got them later- worth having because of reduced parasitic drag and not needing oil with zinc and phosphorous(zddp). Unless you find one that's pristine and free, I'd avoid 73-76 302's- Ford increased the deck height by .023" to drop the compression, the cam gears were retarded, and the heads used rail rockers which beat the valve guides to death. Actually, just plain avoid them. A roller cam mandates a hardened distributor gear and you have to drill through the distributor shaft to pin it in place, if the gear has ever been replaced the shaft already has 2 holes in it and it's junk. I bought a new Pertronics distributor for that reason instead of a reman Duraspark which would have needed a new gear. 96 Explorers came with GT40 heads which I prefer, 97's had GT40p heads which are good but limit exhaust manifold/header choices, and the E7TE heads used by most models are pretty good and plentiful-that means cheaper. As I understand, T birds and Explorers had the front drive brackets and pulleys that work best, I used fox Mustang brackets and had to mount the radiator inside the core support. A T bird or Explorer engine is apt to have been treated more gently than a Mustang. This swap is doable but it's not a bolt in, overhaul everything so you have to put in together once.Good luck.

Ask yourself what is the end goal?

As far as carb choice are you after all out performance or reliabilty/driveabilty?

Its important to remember that a stock, probably late 70s wheezing 302 isnt going to need a 750 double pumper bolted ontop of it. So dont fall into that trap.

Heres what i would do...

Youll have substantially more power then your 2.0, and come pretty close to the mileage of a 4.0 (espicially if you run an M5OD), your stock 7.5 in rear will be fine with it, and it wont be *that* costly and itll save you the headache of going to EFI.

I love the 2.9...itll stomp a 2.0 into dust then piss on the remains, but a carbed 302 would actually be eaisee and net much larger gains.

If you really feel froggy...a 351W would also go in with a bit more work

Damn it i was too stupid to find the “page 2” button until now. Processing this new stuff. Thanks for the suggs. my main question of course now I where do I go to pull an engine trans and what do I find it in. might go look at someone’s monster truck project they are trying to get rid of in the next few days. It’s a 351 on an old bronco frame, with a ranger crew cab body on it and a five foot lift or something. my main problem with that is tht it’s crew cab and looks awesome, and that deep down I just want TWO TRUCKS, and that’s not the idea here..

As far as carb choice are you after all out performance or reliabilty/driveabilty?
Click to expand...

kind of a dumb, practical question but since I’ve never done it: whats the best place to find a late 70’s 302 without buying an entire old car? Showing up at a junkyard with my tools, a friend and an engine lift right?
All eBay seems to have is insane $4K rebuilt 302’s with chrome alternators etc.

I’m necessarily not into all-out performance, I use the truck all the time to move stuff around and if I can get this done quickly I want to drive cross country again and a V8 that could handle AC and more speed/more towing power/sound better/massage my autism during the swap lol

70's 302s had crap compression. Your better off getting a late 80s-90s which would have better compression and a roller cam. Even if you get an EFI engine you can just throw an edelbrock or whatever carb intake manifold on it.

Plenty of u pull junkyards in new york...

Dirtman said:
70's 302s had crap compression. Your better off getting a late 80s-90s which would have better compression and a roller cam. Even if you get an EFI engine you can just throw an edelbrock or whatever carb intake manifold on it.

Plenty of u pull junkyards in new york...
Click to expand... 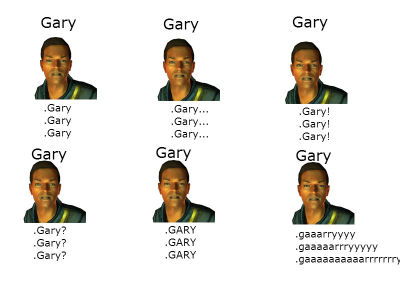 Gary's tried to murder me quite a few times.

Gary's tried to murder me quite a few times.
Click to expand...

One day, my house will look like that vault.

Or at least that's the goal.

Good call on the Gary's lol.

Gary’s 4x4 transmission wouldn’t really work on my truck tho right? Would an A4LD work? I see one nearby on Craigslist.. with basically an entire 2.3L engine plus exhaust ac etc for 500 bucks..
Also can anyone recommend an engine hoist that’s not 100% crap but also not too good since I’ll most likely be using it just 2-3 times. Harbor FReight?

You can't put an A4LD behind a 302. The explosion would be visible from the space station...

@neinnein_nein 302s can be found in basically everything. The reason i suggested a late 70s motor was you could steal all the duraspark stuff along with it.