Dirtman said:
If anyone is still following this crap, on a distributor-less Lima engine, does it actually matter if the oil pump drive gear (formally the distributor drive gear) is actually lined up with the mark? I can't see any logical reason the position of an oil pump gear would matter but it does still have a mark for some reason. Obviously it mattered when they had distributors, but now?

Only thing I can think of is I vaguely remember something about the cam sensor not actually being on the cam gear, which it clearly is not, but attached to the oil pump gear. Does that make it matter somehow?

If the cam sensor is a synchro style unit that is driven off the oil pump shaft, then yes it does matter, sort of. You either need to have the marks lined up, or you will need to reset the synchronizer to the correct position after the timing belt is replaced.

Yes it sucks that the power steering bracket needs removed, Ive considered going to manual steering just to avoid that crap in the future, my plastic cover for some reason was missing the timing mark indicator for the cam gear so I used a marker when I took things apart. Ive used antiseize with no problems, and I always run a tap through the threads before reassembly. One thing Ive found with the dual-plug lima’s is that valve seats crack over time, im guessing from thermal cycling and the lack of enough cast iron due to 2 plug holes per cyl. Its not a bad engine to work on overall, first thing I do though is take the hood off so I can see better. I believe my head gasket failure was between 3&4 cyl, ran on 2 but badly, and a drain hole for oil was leaking oil into one of the cylinders and then being pushed into the exhaust, on the go rustproofing. At the rate of a qt every 5 miles. mosquito control for wherever I drove by too. I ended up with a autozone head after no luck with a junkyard head. 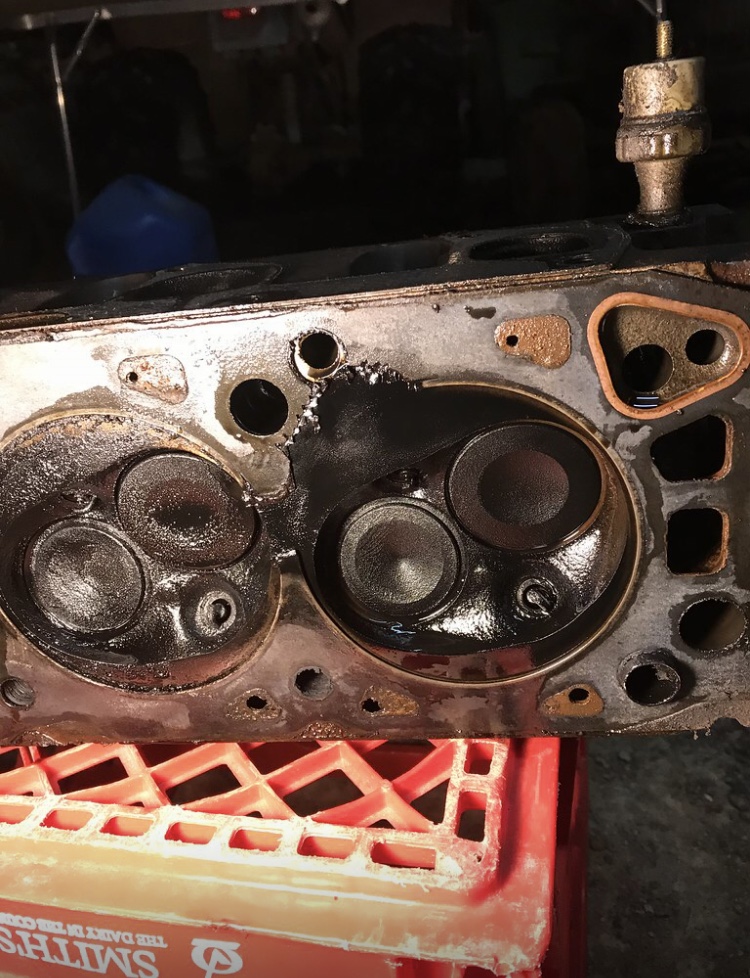 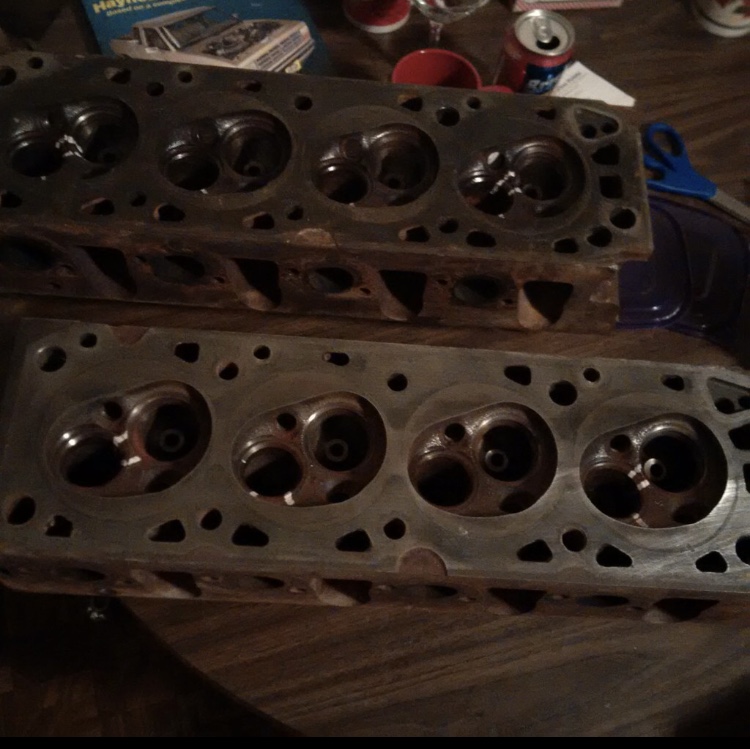 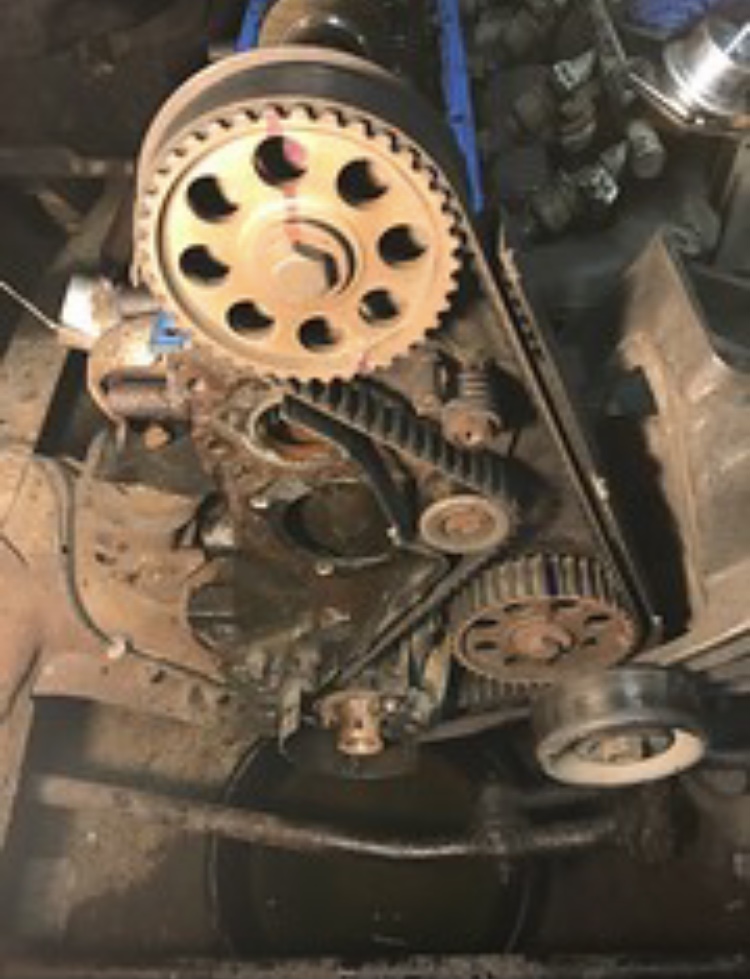 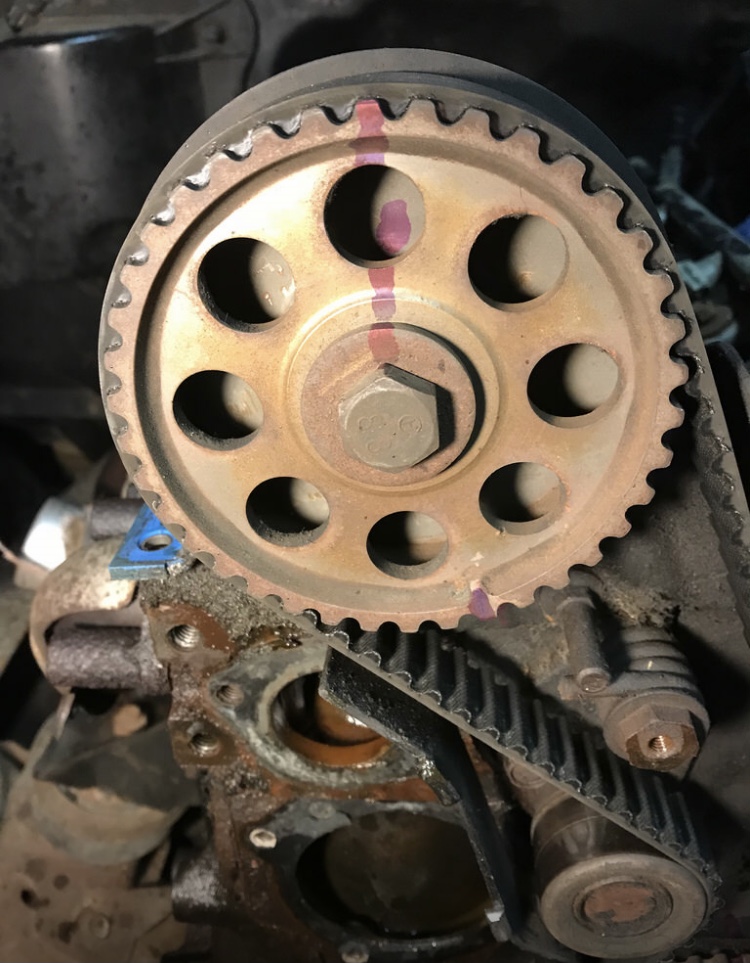 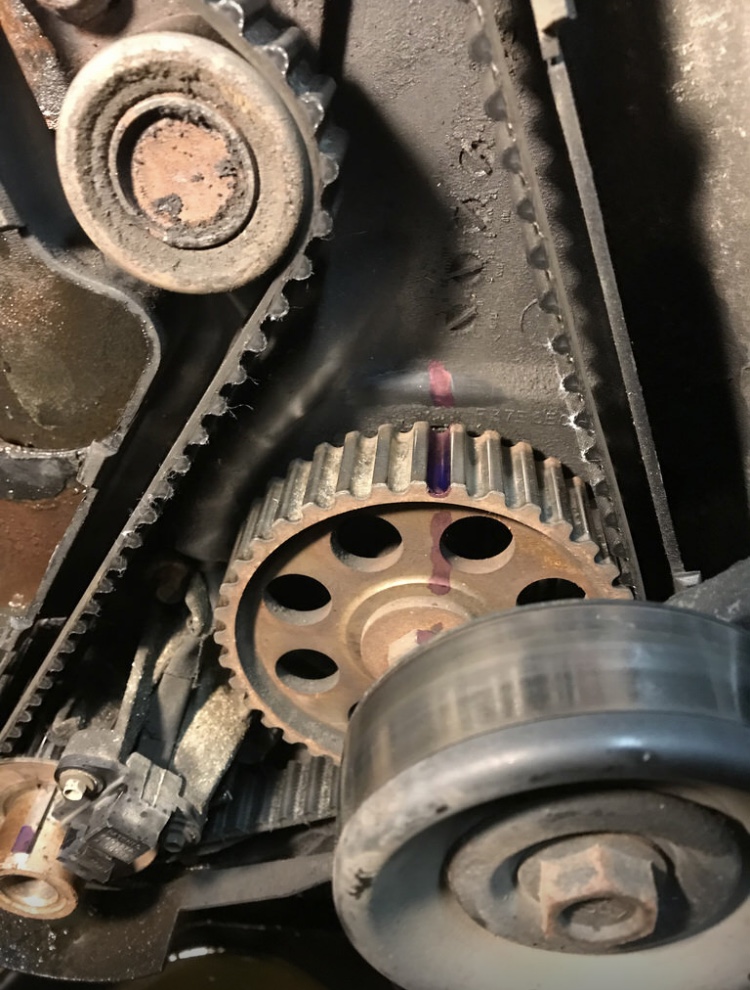 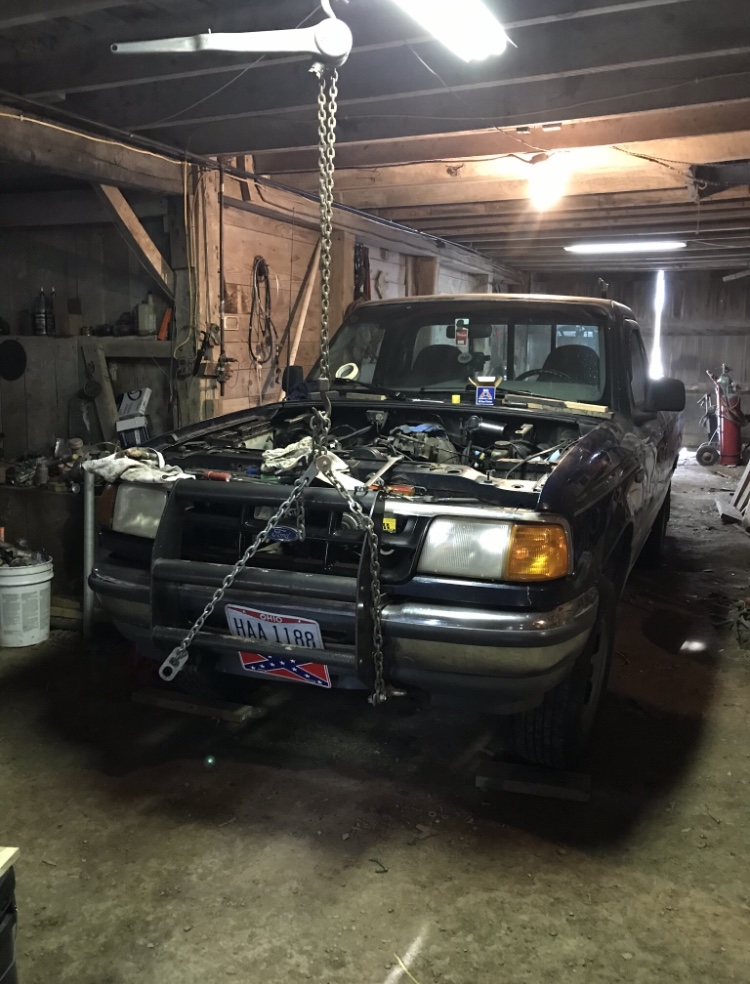 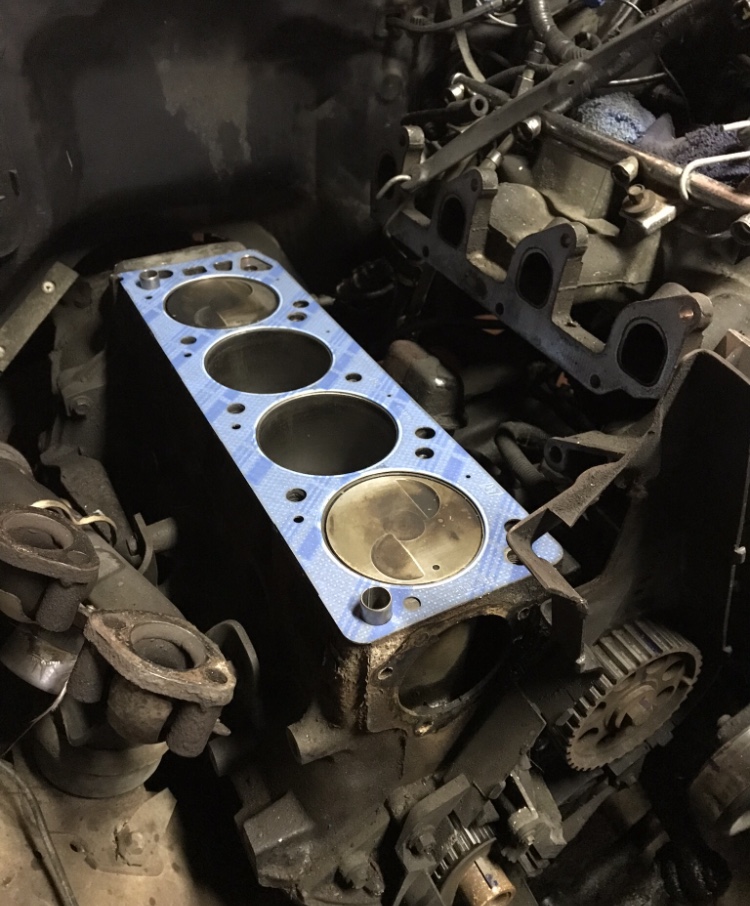 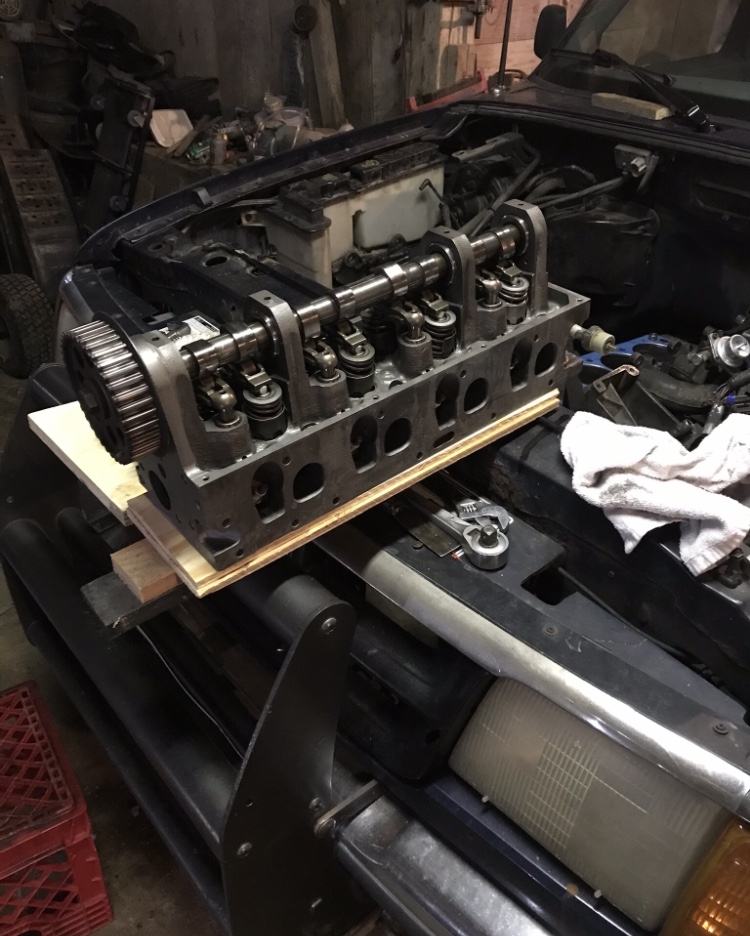 Except in Calif. they had Cam sensors on 1994 and older

Since it does matter on some years, and its really not a big deal to do, I would time AUX gear just because...........its easy to do

Cam sensors replaced what a distributor had, higher resolution of engine position, distributors ran at 1/2 the RPM of the engine's crank, because they were driven by the cam shaft not the crank
With the slower speed of cam the computer can fine tune when a fuel injector opens so less fuel is lost if intake valve is not quite open yet
Also helps with fine tuning when spark occurs

Ron, I'm pretty sure that's on '94 for Cali only and '95 only for all 50 states, in '96 they moved the oil pump to be driven by the aux pulley directly and got rid of the distributor drive all together, the first cam sensors were in the oil pump drive idler deal.