Hello from Sunny SoCal! My 17yo son just bought his first truck with his own $$$$! We towed this dude down from Lebanon OR in early Aug. It ran great but needed some light TLC to get it ready for CA smog. We are almost there! 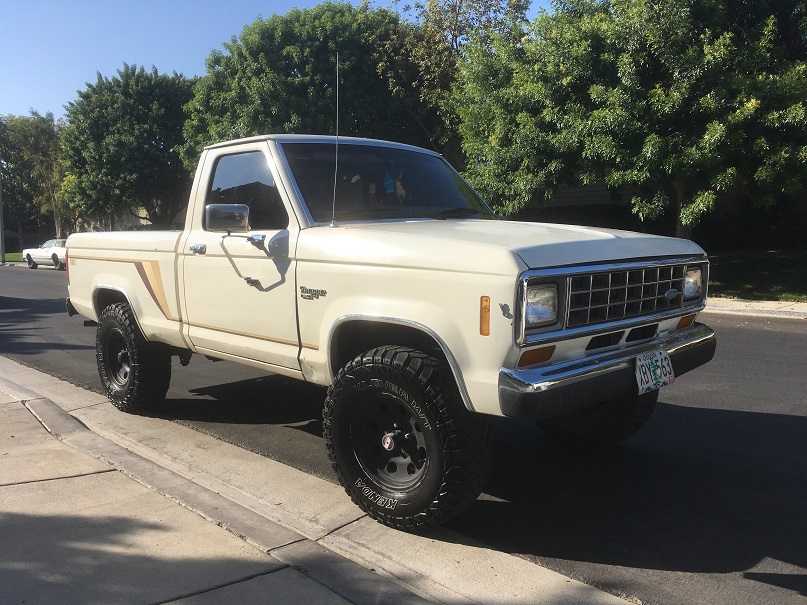 Plans: ordered a set of tough country Axle arm pivot drop brackets so we can get the alignment spot on and then get it through smog. It will be my son's daily driver so the list of mods is small. More about fixing the stuff that does not work (Ammeter, radio, and A/C), than anything.

Background: This is the third Ranger in my household. I bought a 93 standard cab, short box, 3.0, 5 speed, 2wd, XL in the late 90's and loved it. I also had an 89XLT, extended cab, with a 90 5.0HO, AOD, 4WD in the early 2000's (my handle, used everywhere is rang-a-stang because that truck was a RANGer And muSTANG). That truck was totally smog legal, A/C was cold, Cruise control worked, etc. I put about 50k miles on that truck before I sold it. My pictures of it are on my other computer so I'll post them later.
My son remembered that Ranger and has always wanted his own square body Ranger... which is impressive because of all the vehicles he has access to drive (2011 Pathfinder, 2000 Jeep Cherokee XJ, 1979 Cherokee Chief), he would rather shovel rocks and load pavers for $15/hour to save up and buy his own square body Ranger. My son has good taste.

Anyway, glad to be here! Looking forward to meeting you guys! I am a pseudo ranger owner because my name is on the title but my son bought it and he does 90% of the work on it.

That looks like a fantastic truck, and a great starting point for a project. Welcome!

Thanks, Gentlemen! We're pretty excited about it.

@RonD we have spent toooooo much time there already!

Here's my other dude. I can't find any good pics of my old '93. I miss this guy. A really fun truck, built the way Ford shoulda done it back in the day. Totally reliable, really fun to drive, decent MPG, peppy, towed well, sounded AMAZING. 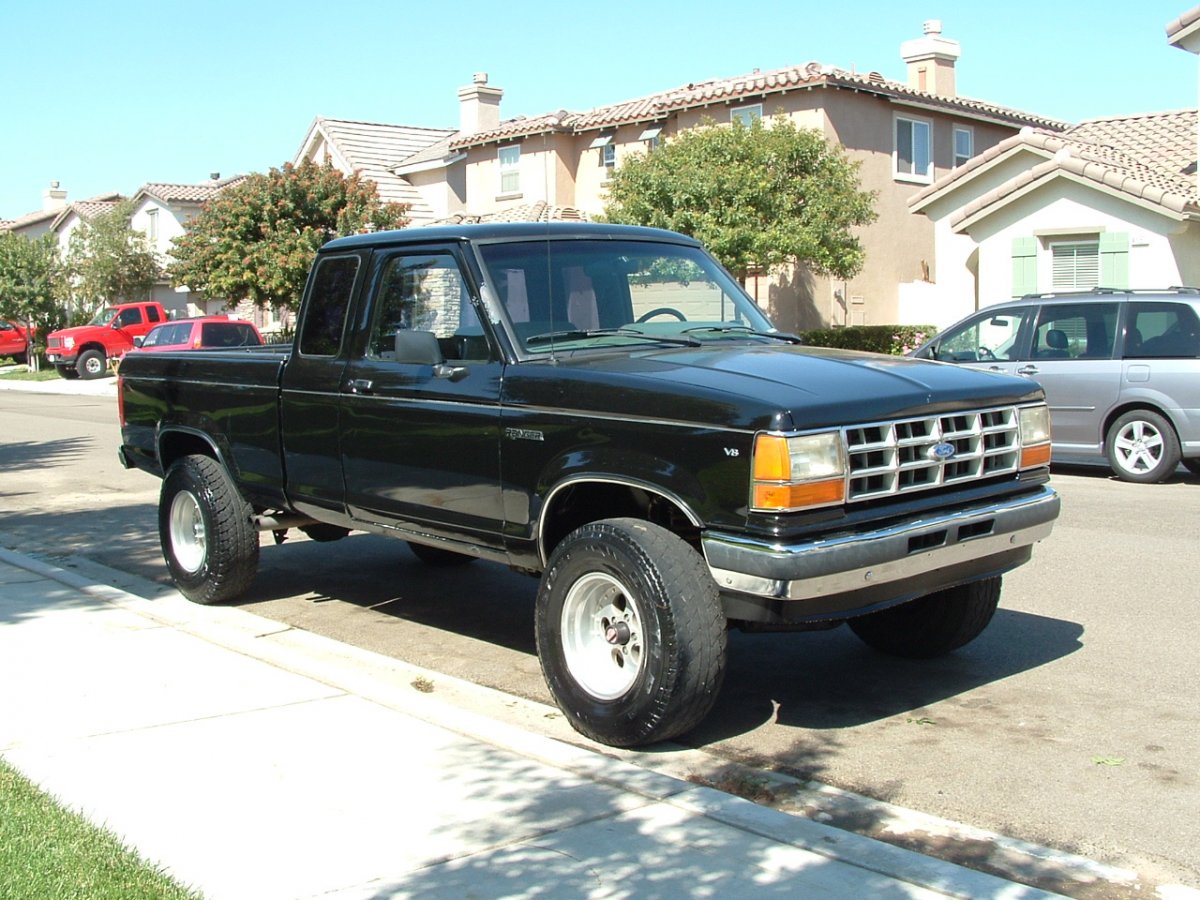 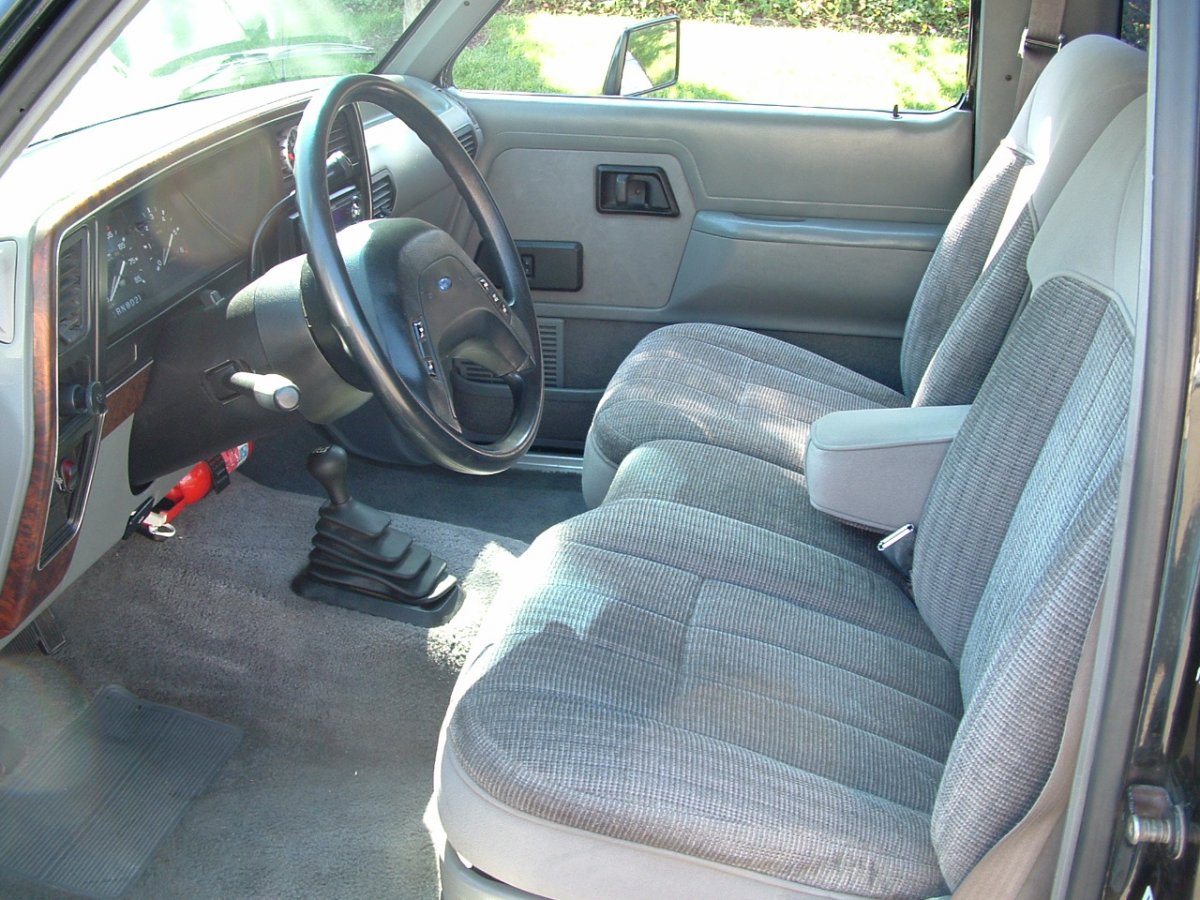 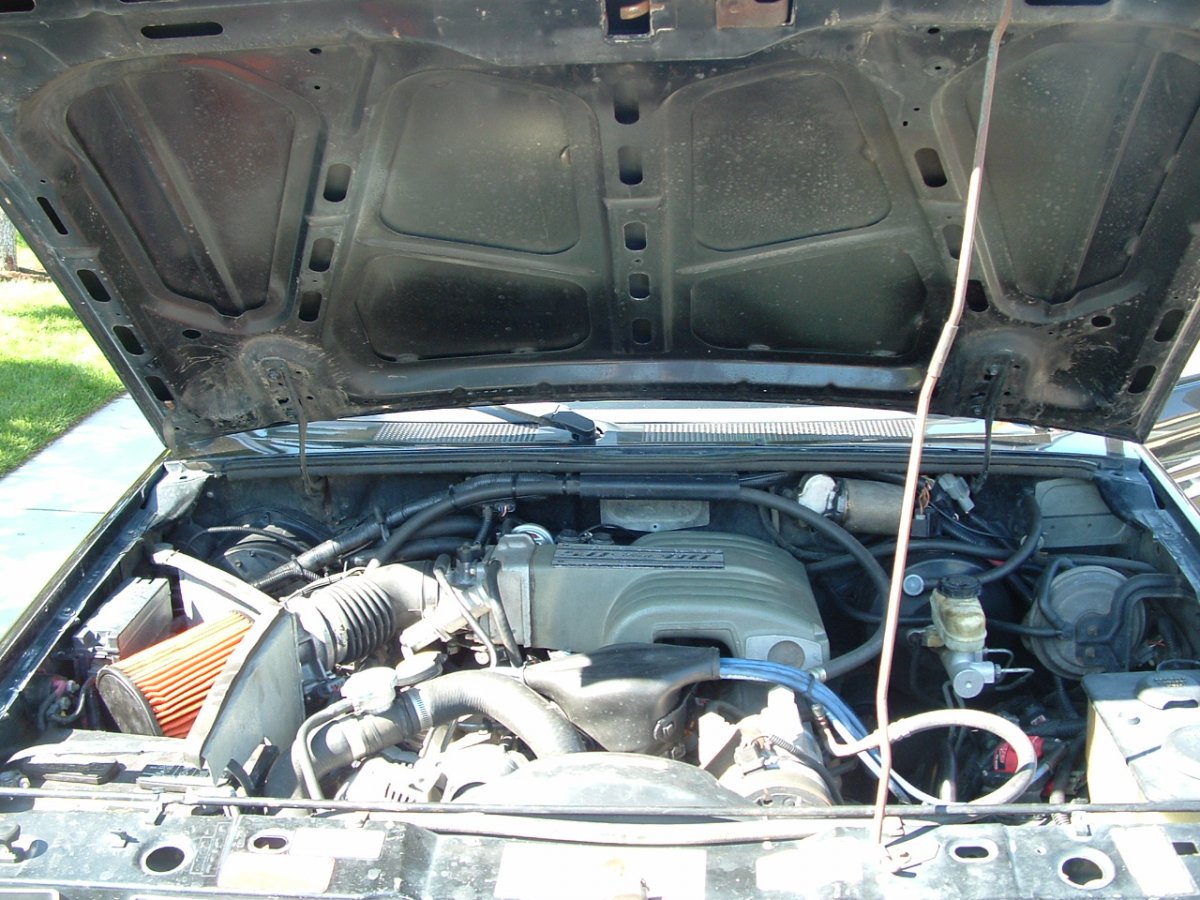 Here we are all loaded up for my last trip to Pismo in it. (that's my dad leaning against the bed) 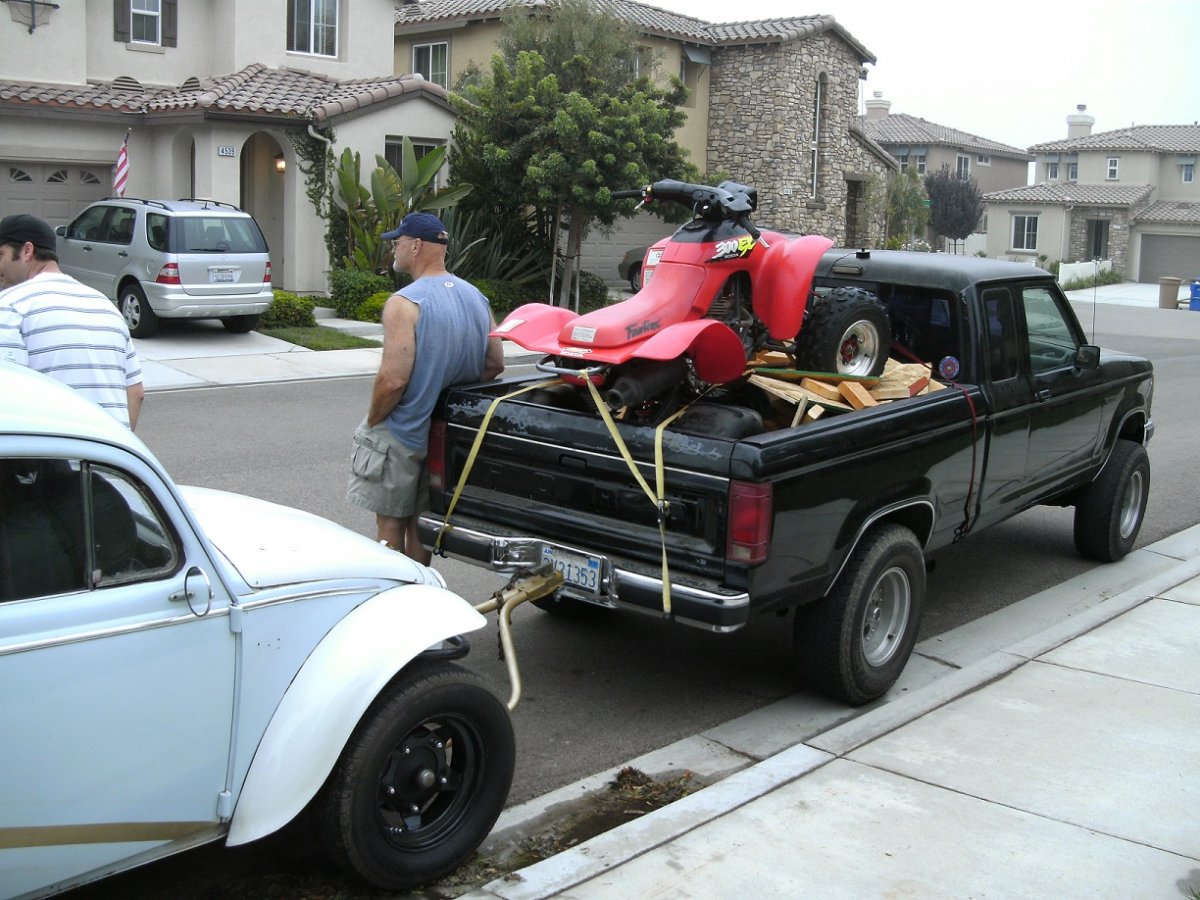 My son saying good buy to it when we sold it. 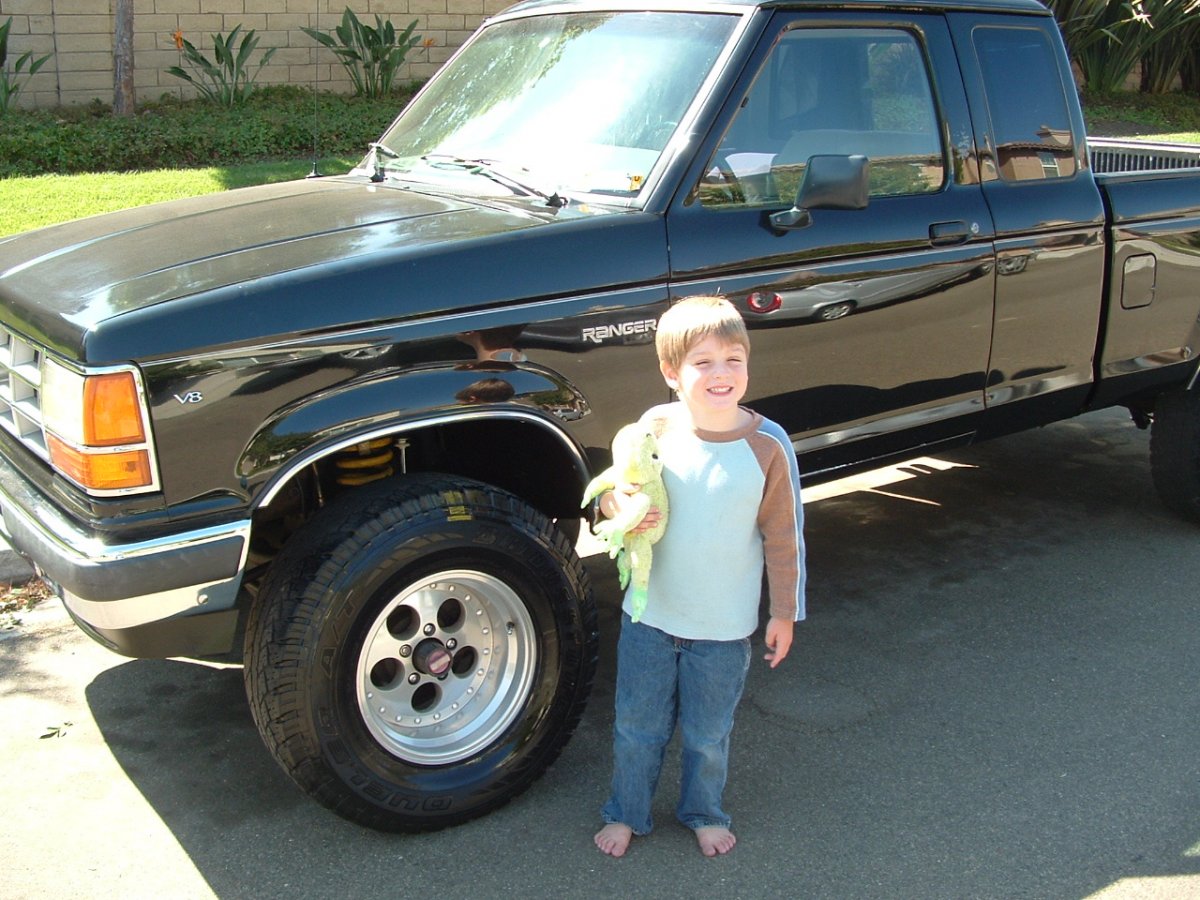