I am in the budding stages of planning an overland adventure for myself and my fiance across our home state. This thread will be it's story.

The main goal of the trip is to cross the state on as little pavement and possible.

The goal was pretty easily realized. Considering the literal majority of land in our state is a privately owned working forest, we have nearly as many miles of dirt roads as paved.

The dirt roads come in a few flavors up here, somewhat passively defined by delorme/garmin in the gazetteer:

Local/logging roads- a hefty percentage of the dirt roads "up north" are used year round by countless logging outfits, therefore they are of decent width and they stay pretty well maintained. Vigilance while traveling traveling these "main" roads is a must. You are a guest on their over 10 million acre jobsite, they always have the right-of-way, and they're always doing 60mph... so you best stay the hell out of the way.

Unimproved roads- these are mainly seasonal roads, utilized as snowmobile trails in the winter. Sometimes they connect two "real" roads or state routes, often times they dead end you at some remote pond, up a mountain, in a bog, or just in a clearing. The majority of these roads were originally scratched in for logging, but aren't active. Lots and lots of private camps off these roads. Not frequently maintained, but usually passable for something with more clearance than a car.

Undefined or unidentified roads- honestly, I havnt had a lot of experience with these. They aren't maintained, pass at your own risk. A good number of them are gated off, or would likely require 4x4. My route doesn't rely on these, but for scientific purposes I'm gonna find out "what their deal is" 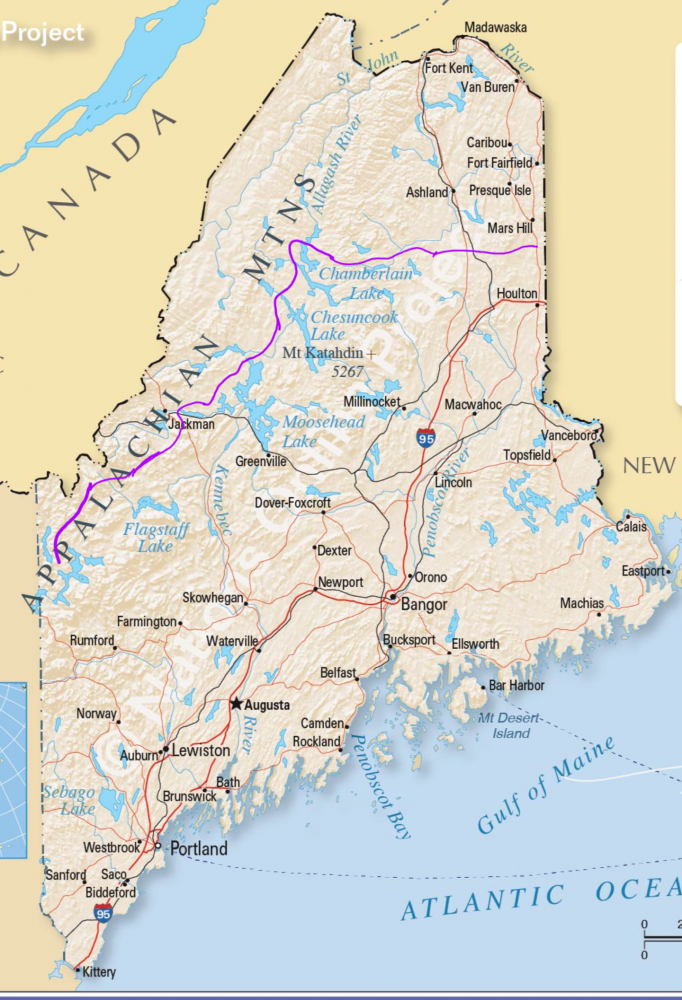 We'll start our journey a couple hours north, just west of rangely, just east of NH. The route will take us northeast through the Appalachian mountains, above Baxter&Katahdin, and clean over to our border with new Brunswick.

Main points of interest are a wrecked b-17, ice caves, and abandoned trains. Apart from those, well be passing an absolutely staggering amount of lakes/ponds/rivers/streams (maine has over 8000 named bodies of water), countless mountains, and hopefully only a handful of other people.

My eyes are real tired of staring at the gazetteer currently, so I havnt figured out total distance yet (guessing 300ish) When I do, I'll attempt to also count the number of mountains&bodies of water well pass.

Well be sleeping in a glorified plywood box were going to build thatll sit on my flatbed. Construction of that will begin when my flatbed is done.

Only gear that needs to be bought is a little more recovery stuff, a hatchet, hi lift jack, full size spare, and cans for gas&water. Good thing I love buying gear!

Suggestions for gear or anything else always appreciated.

Bangor is a fun word to say...

Bangor!? I hardly knew or! 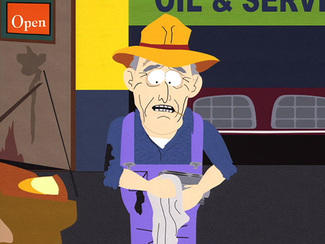 This is an awesome trip! I will definitely be following along. And possibly asking for the route when you're done.

That looks to be a fun trip... how many days are you planning?

A couple things come to mind to take along... One of those small "Jump Pack" jump start gizmos. Also in my experience in Northern Michigan forest roads... a smallish chain saw. That will make short work of any trees you find over the trail.

rngrracing96 said:
This is an awesome trip! I will definitely be following along. And possibly asking for the route when you're done.
Click to expand...

Thanks! We're real excited about it. I need to do some research on GPS's. Our directions are going to all be on paper but I'd like to be able to track and save the route 21st century style as well lol.


Uncle Gump said:
That looks to be a fun trip... how many days are you planning?

A couple things come to mind to take along... One of those small "Jump Pack" jump start gizmos. Also in my experience in Northern Michigan forest roads... a smallish chain saw. That will make short work of any trees you find over the trail.
Click to expand...

I have 3 days in my head, but I'll have a better idea once I figure out exactly how many miles the route is.

A jump pack is definitely on the list of stuff to buy. I have my eye on a NoCo gb40, they claim it does 1000 amps.

A chainsaw would definitely be a good addition, I'll have to see what I can find for a smallish one like you said, as my regular saw doesn't exactly fit that description lol.

Last night I figured out mileage, wrote down pretty detailed directions, and found a couple detours in case a gate is shut or a road is impassable, twas a 6 hour task lol.