Sorry I've been slacking on taking pictures. I will get some tomorrow. Heading to Alien City Dragway in Roswell, NM for TnT. Test drive today went well, and I did a coolant flush. Discovered the alternator was bad so a new one is arriving in the morning. Will get that put in then it's off to the drags! This truck has been 3 years in the making and I'm so excited to finally be getting it to the track. I already know that the next step is going to be a new converter as launches are pitiful. I know that I will be PCSing next summer so I'm holding off on getting the truck registered until then. I'll have to decide which state will be easiest to register it in.

First day of testing after over 3 years of building. Here's the highlights of the trip and some comments on what needs to happen next...

Tidied up the truck Wednesday only to notice the battery wasn't charging. Took the truck to Autozone and they concurred I needed a new alternator. Had to extend the notch in the front of the frame where the steering rack goes in order to pull the alternator without lifting the engine. Autozone overnighted a new alternator and I had it in by 1pm. Truck still only read 12 volts. At this point, I started troubleshooting wires more carefully and discovered this. Apparently newer vehicles fuse the connections into the battery and this is the lead directly from the alternator. We never bench tested the alternator but hindsight is 20/20. I now have a new alternator with a lifetime warranty. Called around and a Ford Dealership on the way to the strip had the part on hand for $28 so I picked it up enroute and swapped it out. 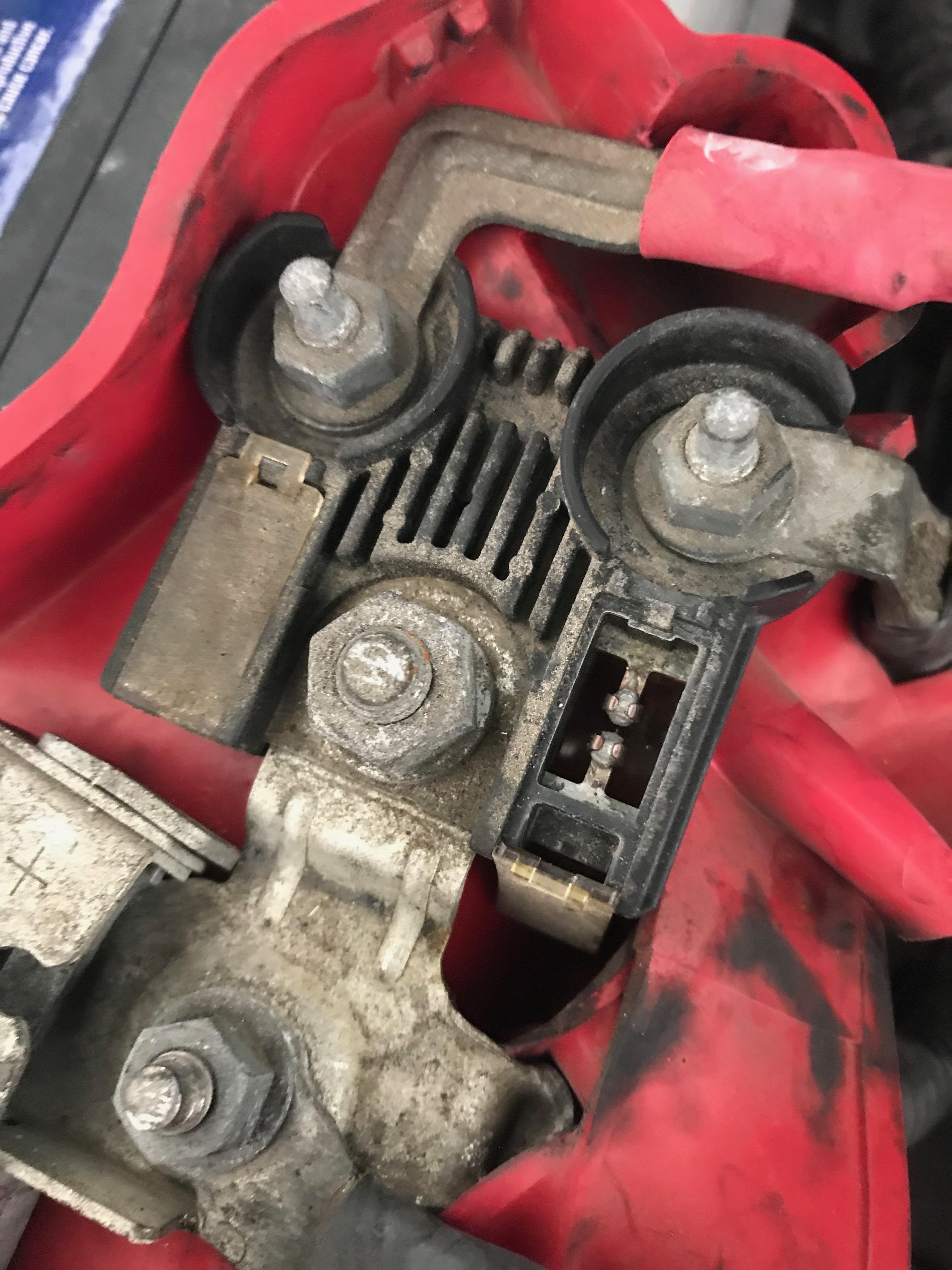 Truck loaded up and ready to go. It's that time of year where afternoon thunderstorms are not uncommon, but it was a 120 mile drive to the track and they had been dry all day. 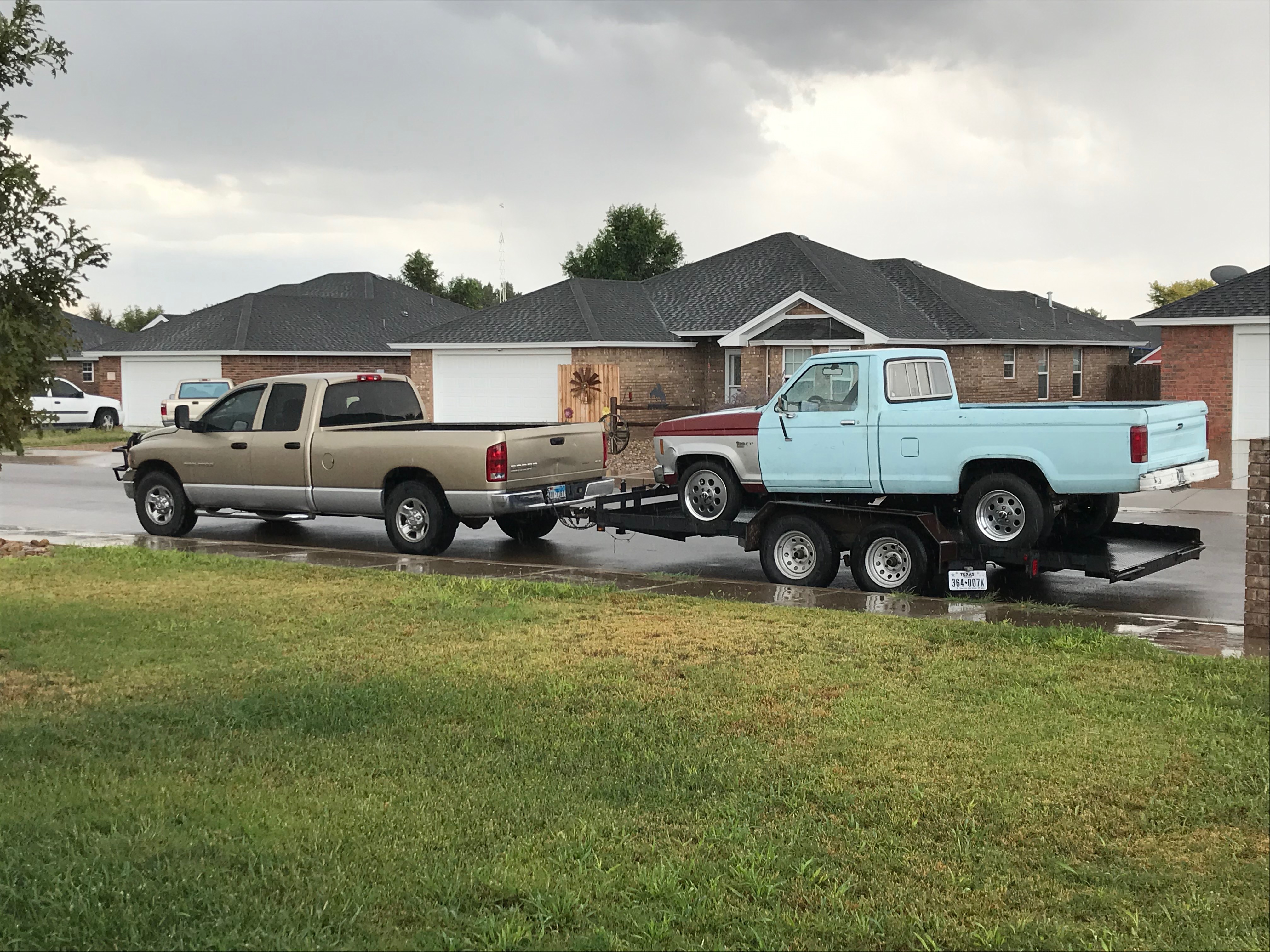 Here's the truck as it sits. Only noticeable differences from afar are the wheels and the sponsor banner (Auto Mafia Racing). They are killing it, especially in the 3.7 Cyclone game. They are pulling 600hp out of those engines with bolt-ons! My goal is to keep the truck as unassuming looking as possible. 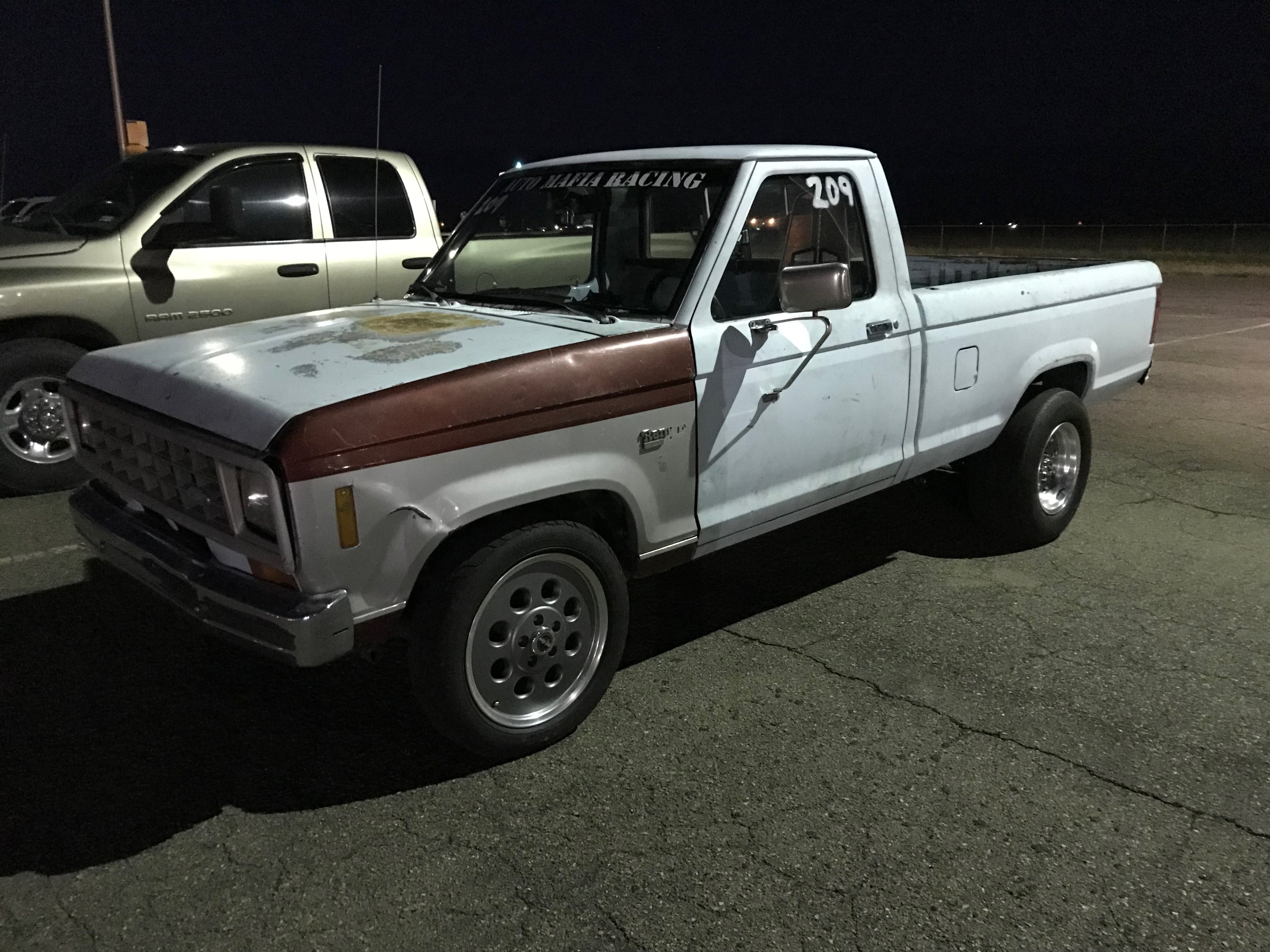 
All in all I am very happy with it making it back home in one piece with no mechanical failures. I have those few issues to address but they are not terrible and are a natural part of the learning and progression that come with a build like this. Hopefully I'll get it to the track in the next couple weeks for the next TnT.

While parking the trailer this morning, discovered two of my trailer tires had tread missing, and the pic below is one example of that. Granted the tires are 9 years old, but the roads here are also notoriously shitty and have lots of potholes and other car-destroy features. The trailer now has 4 new tires to ensure many more happy trips to the track! 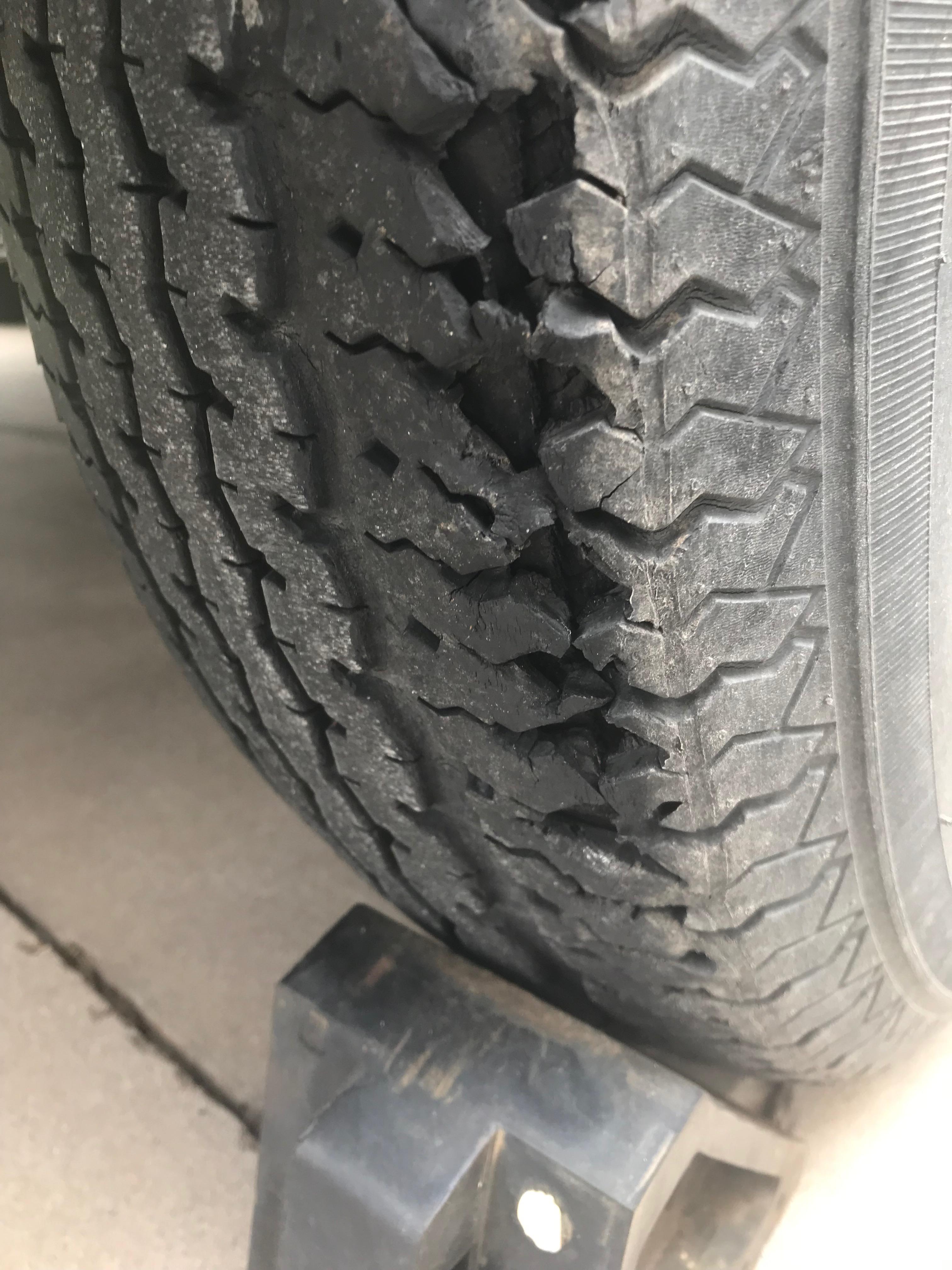 First run with the new tune by my sponsor Auto Mafia Racing. Truck now shifts from 3-4, but the RPM problem has not been solved. He set the tune to shift at 7k, but we are only getting 5-5.7k RPM. He's taking a look at the logs and we will hopefully have another test drive or two by the end of the weekend. Stay tuned for more. Please like the video and subscribe to my channel to stay up to date on the build.

Thanks boss. I'm so excited to keep improving the truck as this is only the beginning!

Made some progress on the tune today, but it's still not 100%. We got the shift points higher, but the last update of the day created some hesitation in the shifts. Kalob at Auto Mafia Racing is doing a great job of make progress with each update. We'll get her ready for TnT this weekend! Full discussion of the day is in the youtube description.

Awesome to see you out racing it finally! Even if its not 100% yet its still a major win!

Heck ya! I appreciate all the support. Ya we've been trying to get it up to 7k. Best we've gotten is it bouncing off the limiter at 6300. We're spending the weekend trying to figure out what in the coding is limiting it. Our prime suspect is the wheel speed sensors since they were not swapped, hence a reading of zero while the trans is reporting the actual speed of the truck. It's been a wet week so testing here has been non-existent.

New update video posted below. We're close to where we want to be! TnT on Friday. I'd appreciate it if you subscribed to my channel to help me grow it.

Never seen this one before. Super sleeper.

New video up from testing last night. After reviewing the datalogs today, there's a spike in the MAF flow as soon as I hit the gas but then it jumps back down to the same flow as when holding the launch RPM. I initially suspected it may be the throttle body not opening fast enough and affecting throttle response, but after reviewing the logs I think there's an issue with the tune not liking the sudden demand off the line. The stock stall converter is also really biting us in the butt. The truck just lacks any power launching at 1500rpm. This is why we go to Test and Tune. It may look and feel fast with the butt dyno, but the time slip never lies. Help me grow the channel by liking the video and subscribing. If anyone has ideas to refine the tune, I'm always open to suggestions.

Did a couple more tune updates today. Finally touched the engine tune to address the bogging off the line. Bottom line is that the automatic F150 is tuned super conservatively at the low end, hence our issues with launching. Obviously it needs a stall converter, but this update will help with the 60 ft for the rest of the season. Still working on getting the trans to shift at the RPM we want and with the vigor we want. Probably a couple more iterations and we should have it there.

Walk around video is live