Got the 350 trans in and almost all hooked back up. Waiting on my lokar flexible dipstick and the torque converter bolts. But she’s back up and running.

Did you explore further? What exactly disintegrated?

alwaysFlOoReD said:
Did you explore further? What exactly disintegrated?
Click to expand...

I haven’t dug into it yet. I’ve never been into a automatic before. So watching some YouTube videos so I can Atleast have an idea what I’m up against

I tore down a bad 700r4 from a S10 blazer once just to see what all was in there. The last time I tried to move it there was some serious slippage, I was going across the yard at the time and thought it was sinking into the ground and spinning tires, went to check on how much I had tore up the yard but there was nothing, was all just transmission slippage. When I took it apart the oil smelled really bad and some clutch plates were really bad. Supposedly this trans had been rebuilt by Amco just a few years before.

Got the trans swap all buttoned up today. So far so good. Trucks not tagged so can’t take it far. But couple trips around the block. And she’s feeling good

Well son of a bitch. How am I supposed to get the gas into the tank????? 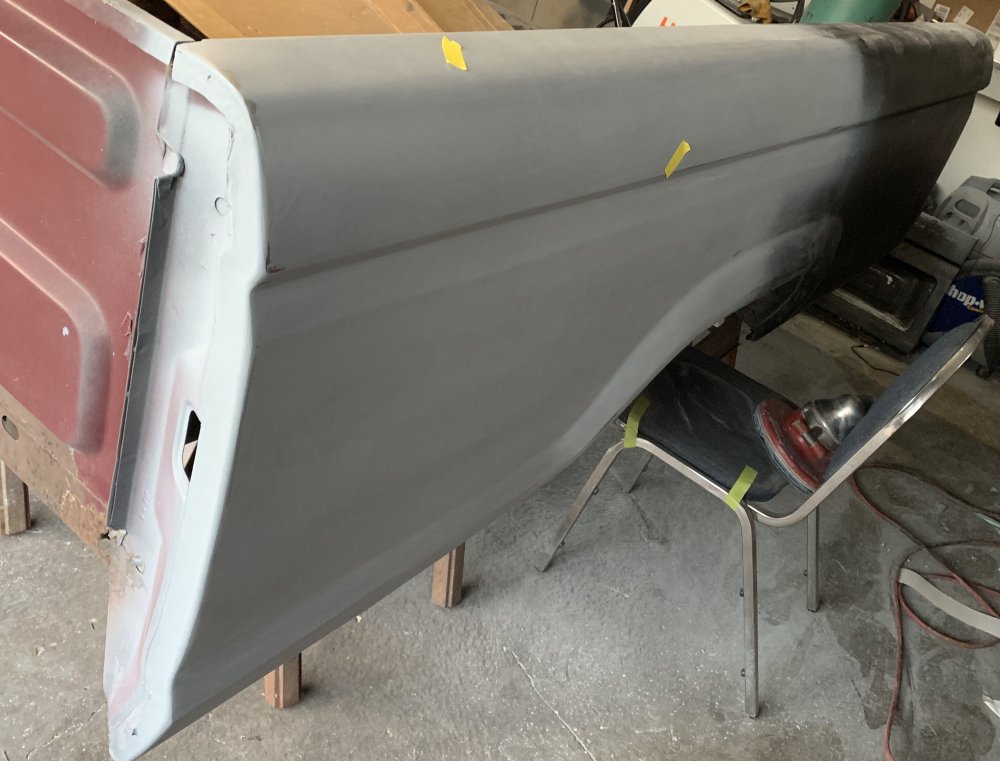 I have a pop up fuel door in the bed lol. That’s why I shaved the bed door

RangerFabWorks said:
I have a pop up fuel door in the bed lol. That’s why I shaved the bed door
Click to expand...

Or you could have done a pneumatic bed lift.

ericbphoto said:
Or you could have done a pneumatic bed lift.
Click to expand...