PetroleumJunkie412 said:
4.0 centerforce clutch and new flywheel sitting on the tailgate. @85_Ranger4x4 @AgPete139 @Mightyfordranger this is so you don't have to push anymore.
Click to expand...

Wouldn’t it be easier to just use low range?

85_Ranger4x4 said:
Wouldn’t it be easier to just use low range?
Click to expand...

It’s important to come up with fun and “meaningful” tasks for friends and passengers on a trail ride. It keeps them engaged in what’s happening.

ericbphoto said:
It’s important to come up with fun and “meaningful” tasks for friends and passengers on a trail ride. It keeps them engaged in what’s happening.
Click to expand...

I just make them empty the pee jug... 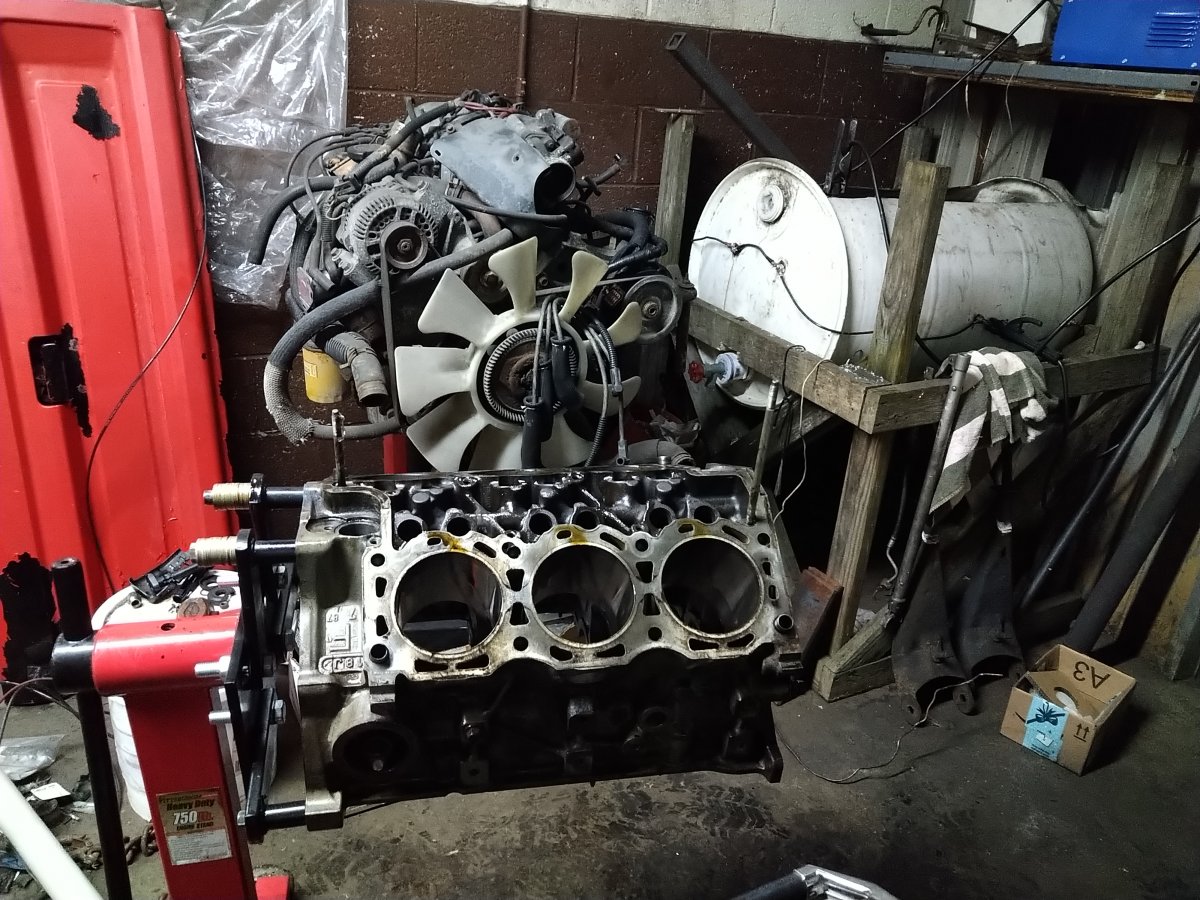 It's true! I've seen it! In person! Urine stains and all!

Just some overdue engine tear down photos and some discussion.

So, this is the photo that sparked an even more in-depth rebuild: 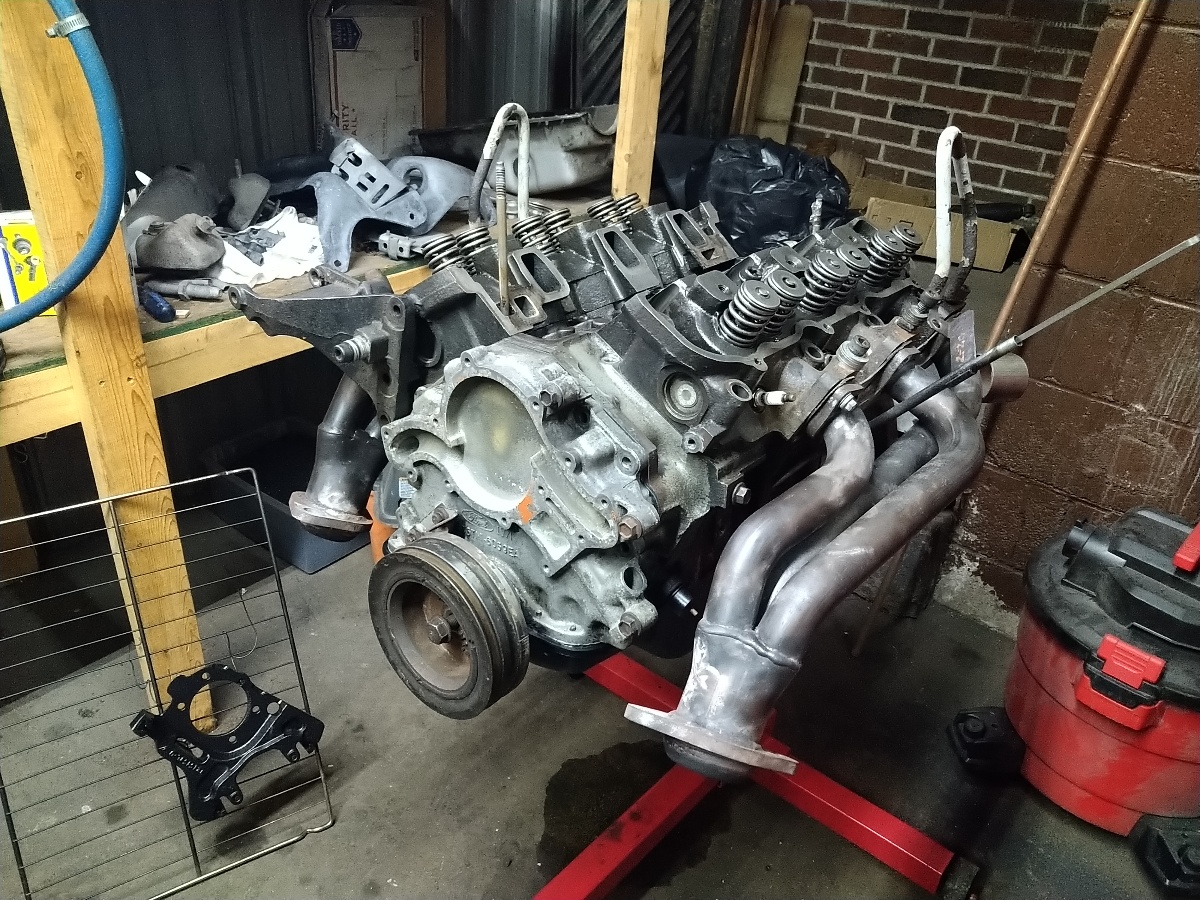 Looks like they fit. May have some work to do along the frame, but it fits. Turbocharger it is.

In and among all of this, I may have found one of the reasons that these engines cracked heads. Two of mine appear to have this defect. Interestingly, though, this engine never blew its original heads. Still had the factory head gaskets on at 260k mi. 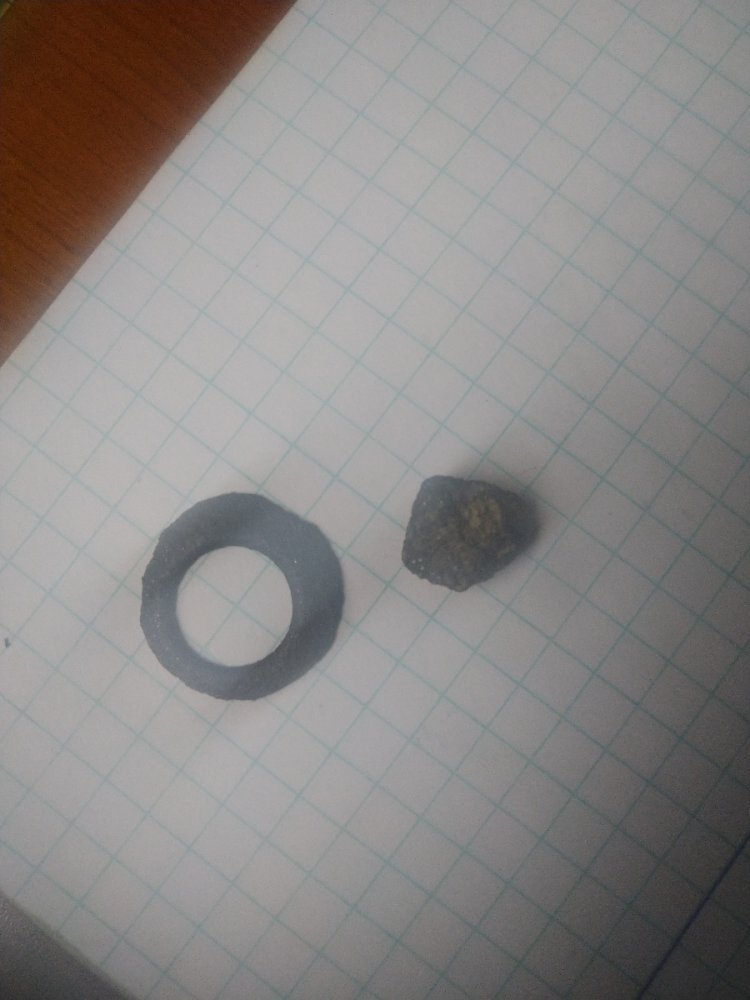 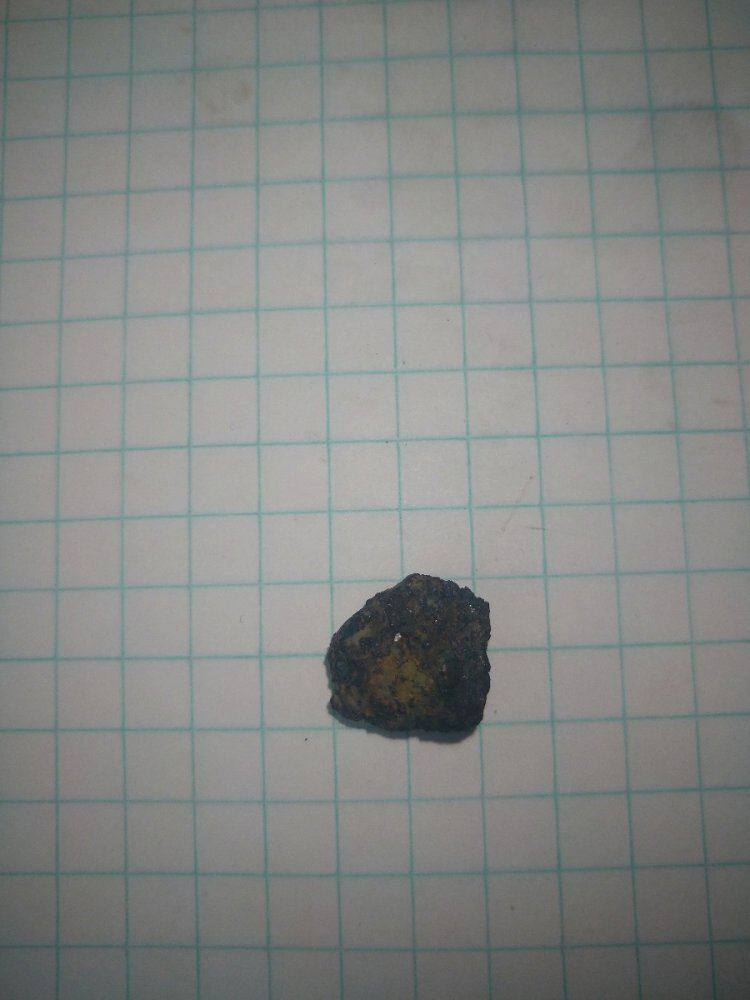 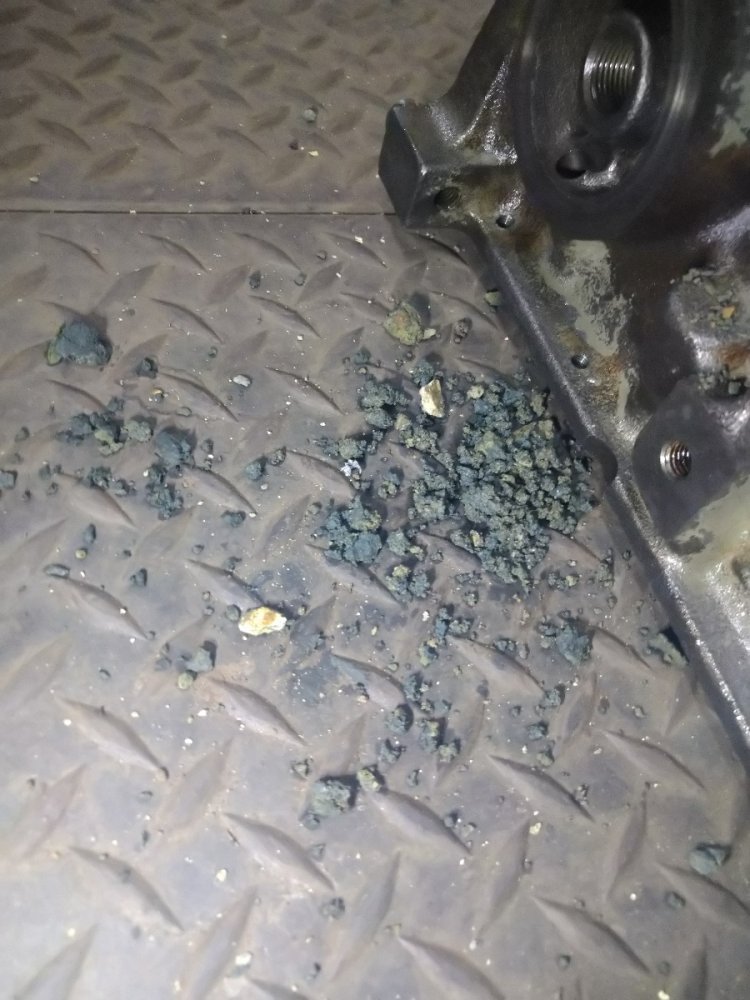 As it turns out, my block had tons of casting sand and cast iron debris still trapped in the coolant passages from the casting process. Cylinders 3 and 6 were over 80% blocked off. Not good. My mock up block that did blow both heads was the same. Was this one of the primary causes? Dunno... More research needed.


Just some action shots of tear down. Documenting my casting numbers should I finally be able to decipher what they all mean. -_- 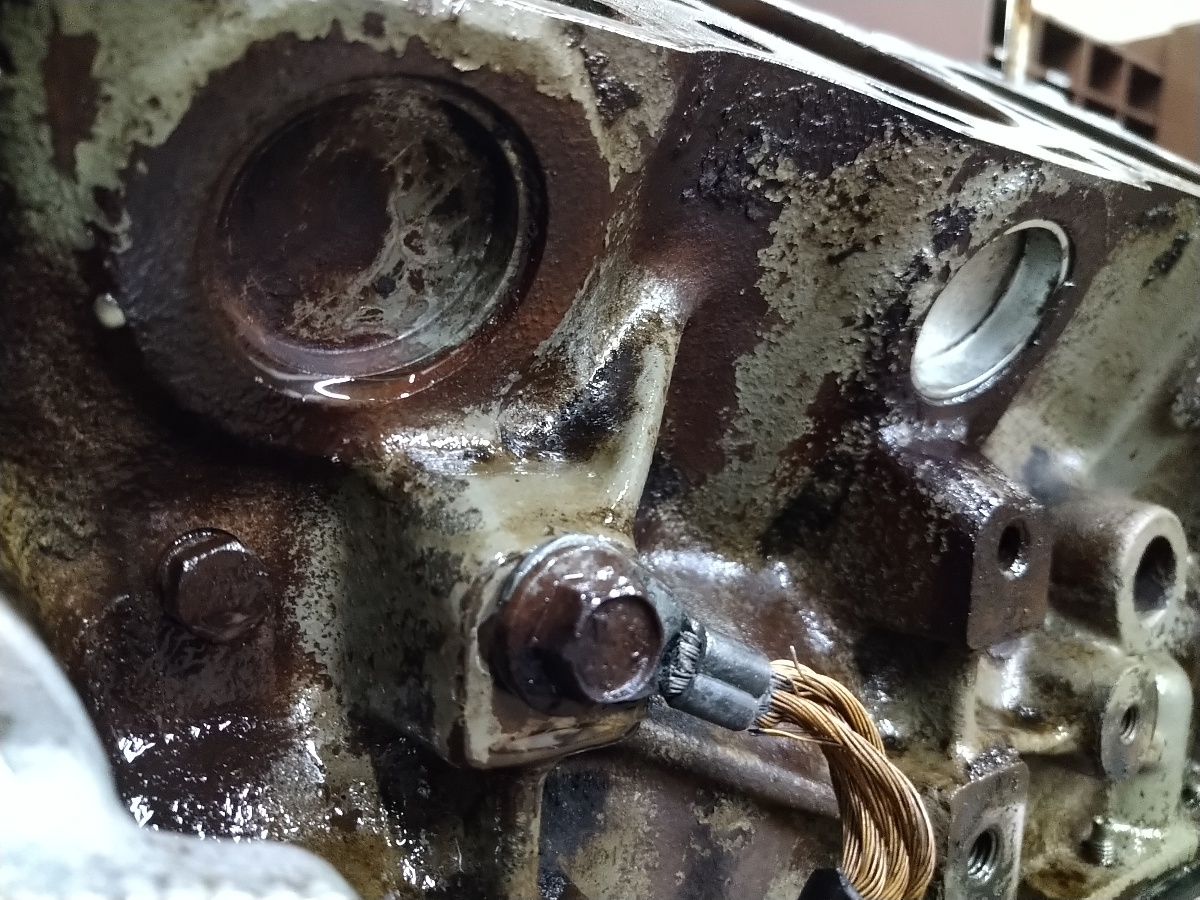 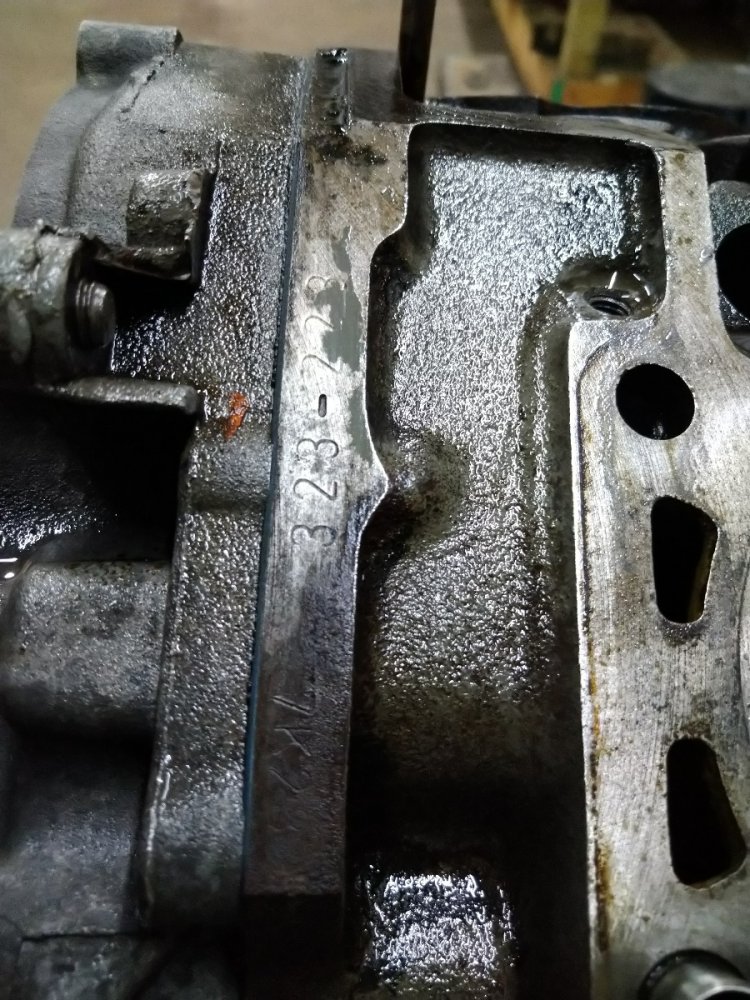 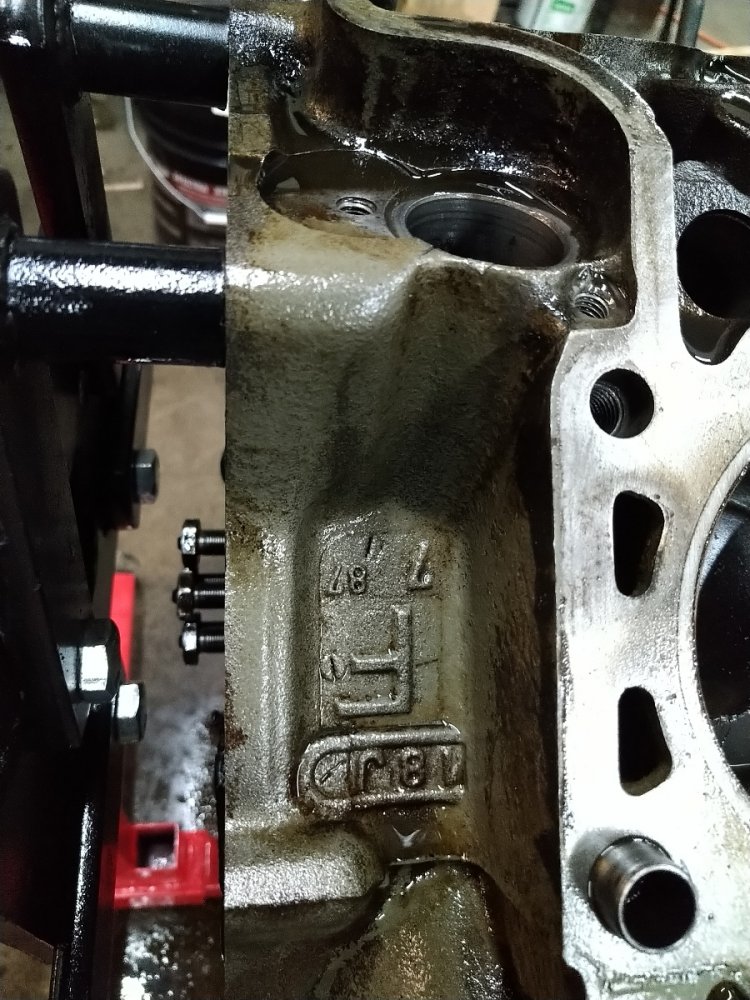 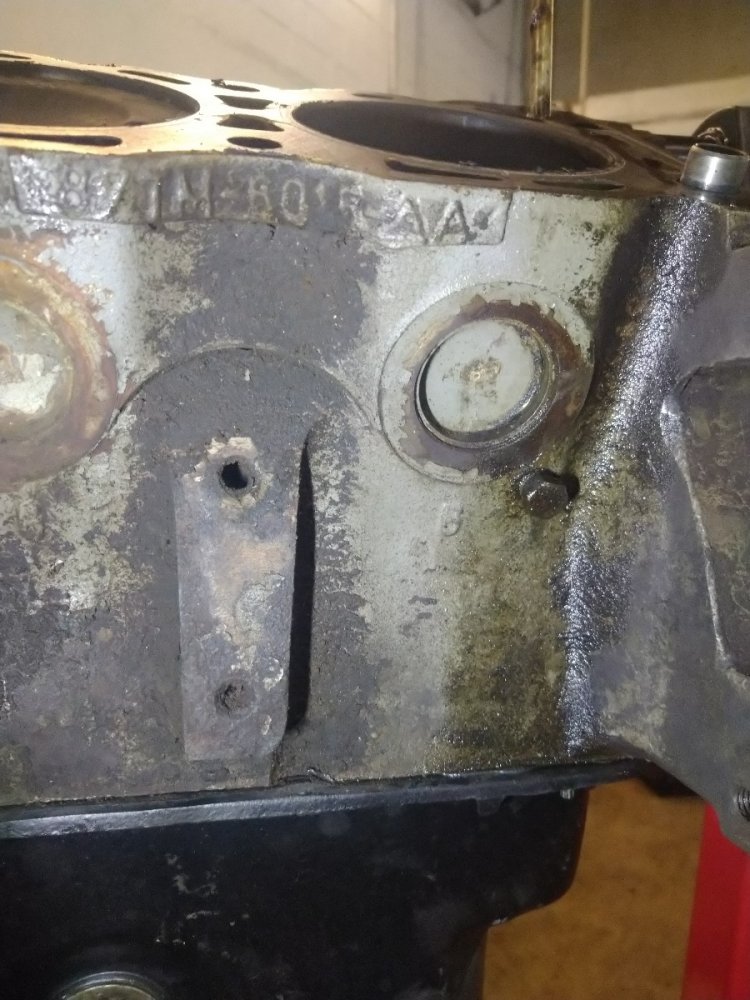 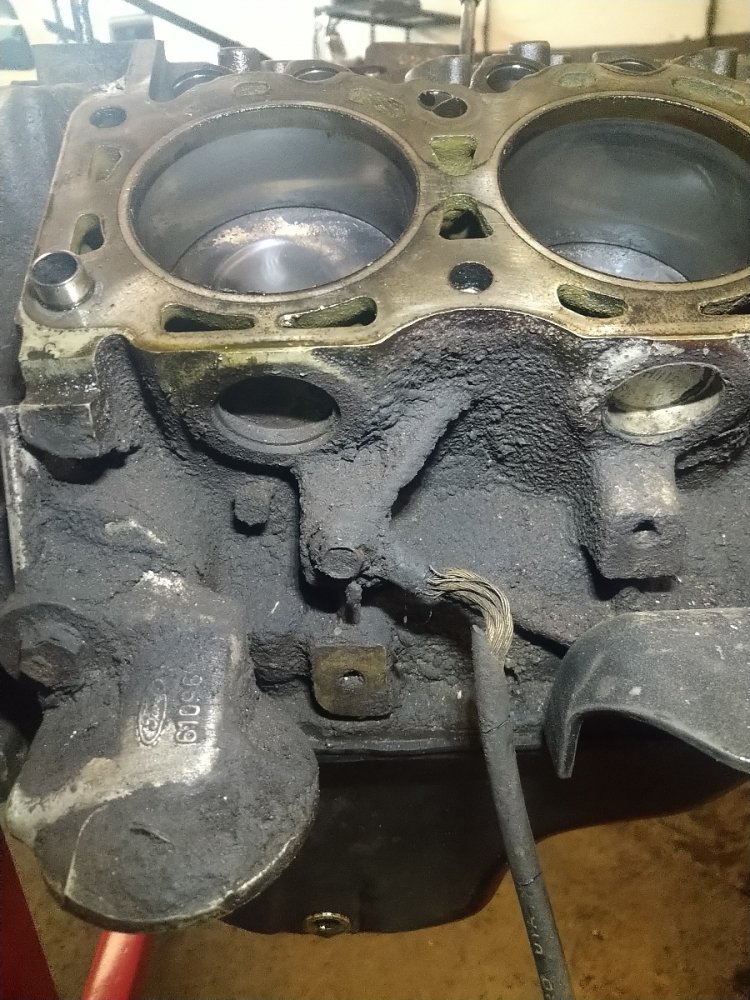 Also, thats what 30 years of caked on dirt and grease look like. Pressure washer and engine brite wouldn't touch any of it. So I decided to step up my game. 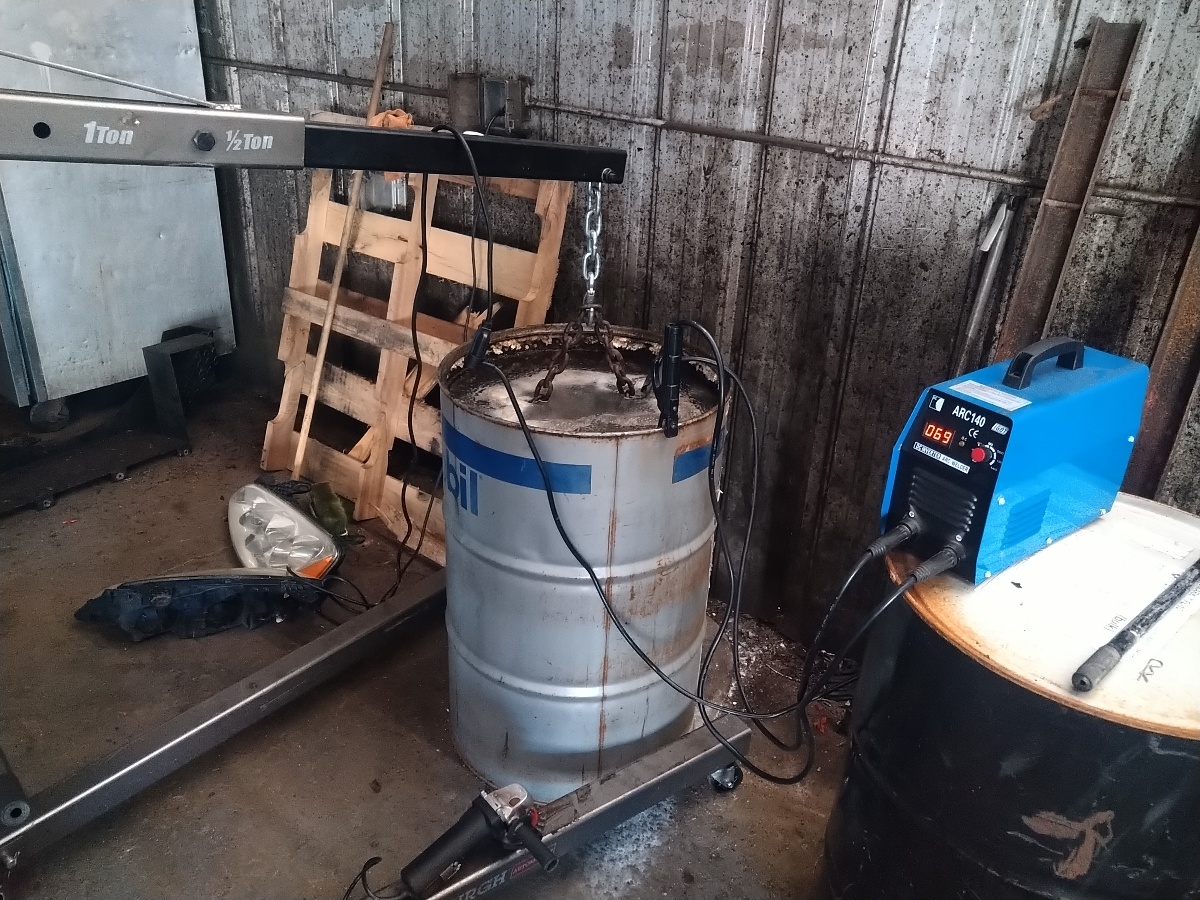 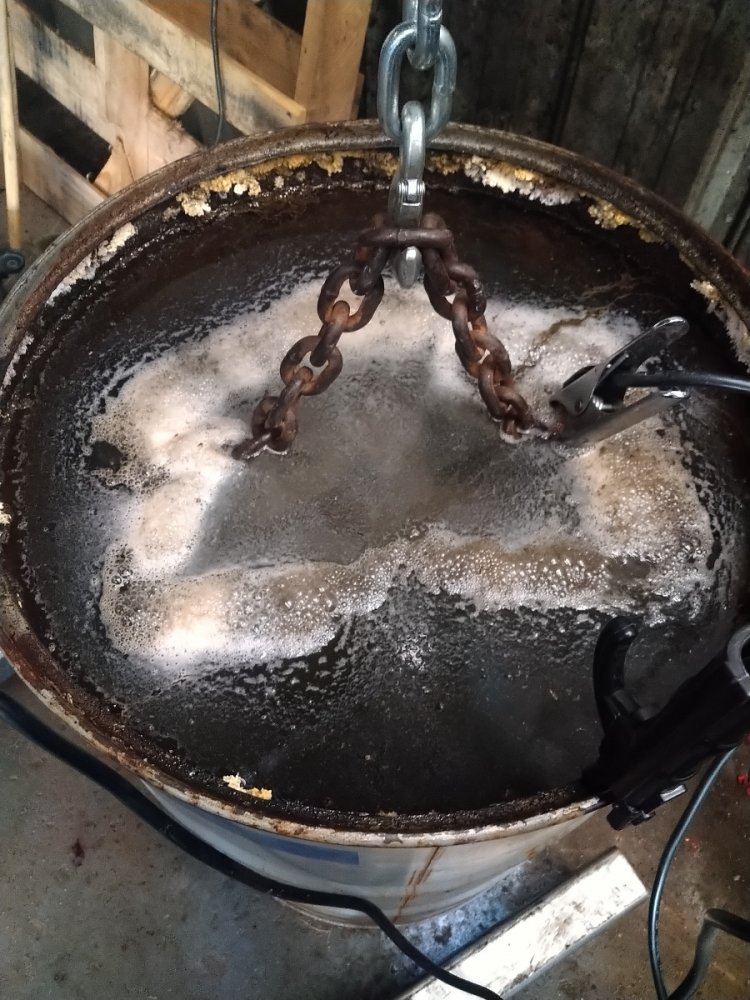 Block spent 48 hours in the electrolysis barrel to blow as much garbage and rust out of it as possible. This is how I found the casting sand. It was the same color of the block, so I didn't see any of it at first. The electrolysis bath loosened it enough that some fell out when I was pressure washing after. 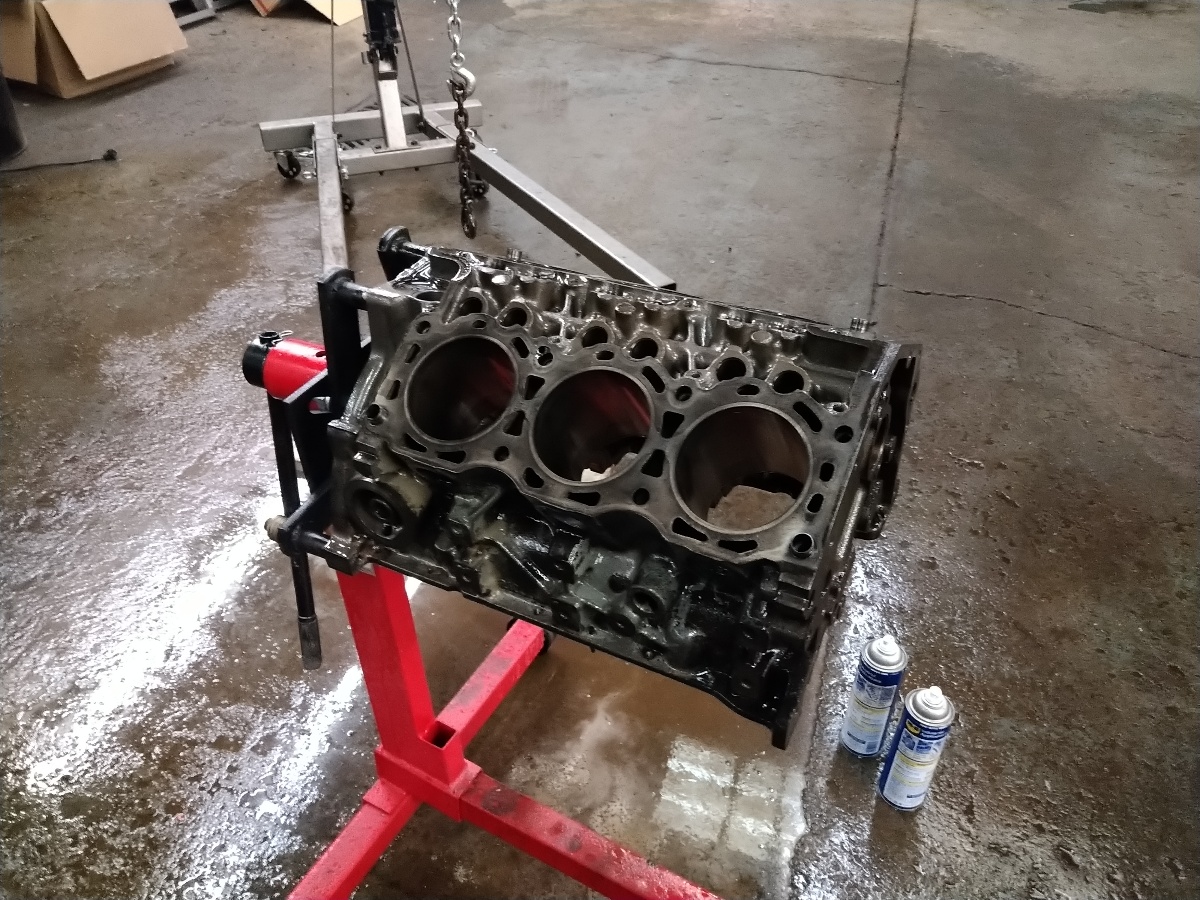 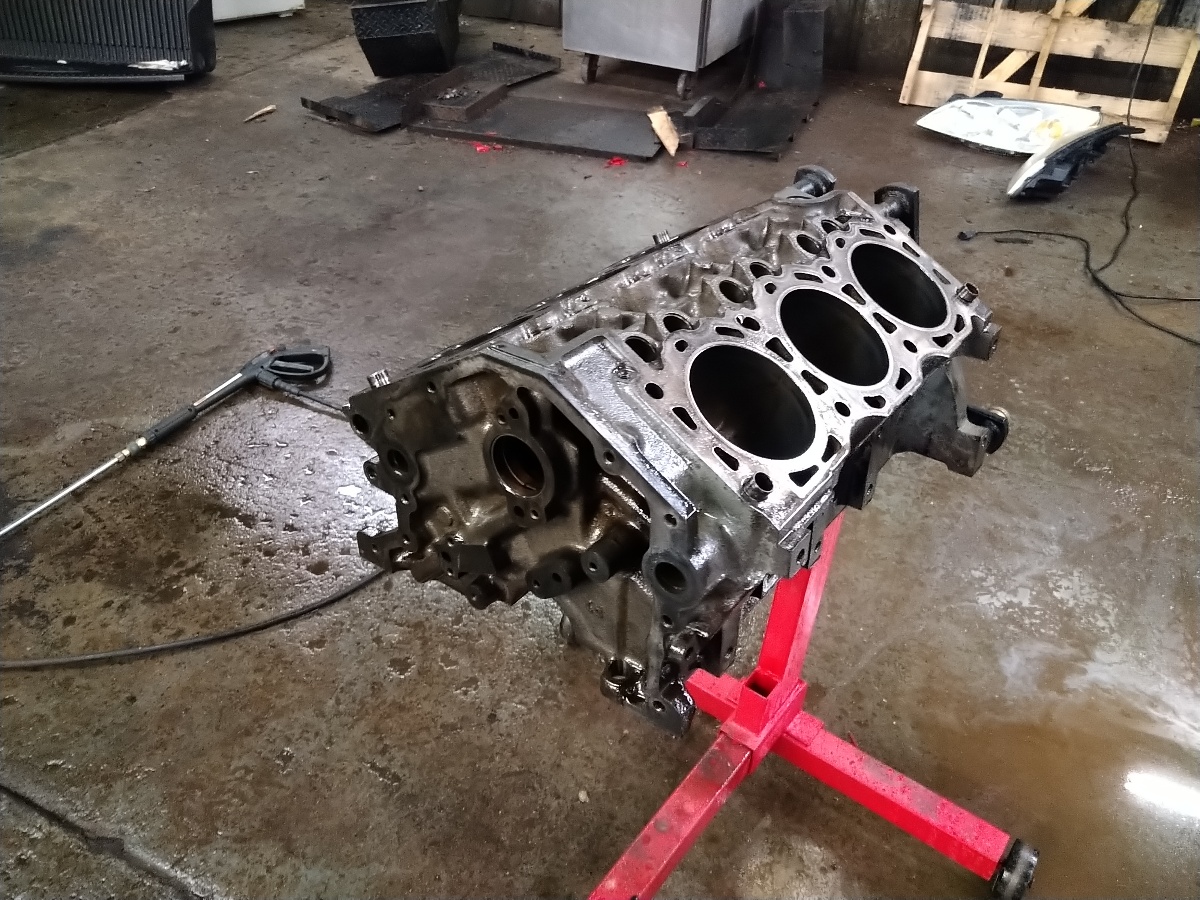 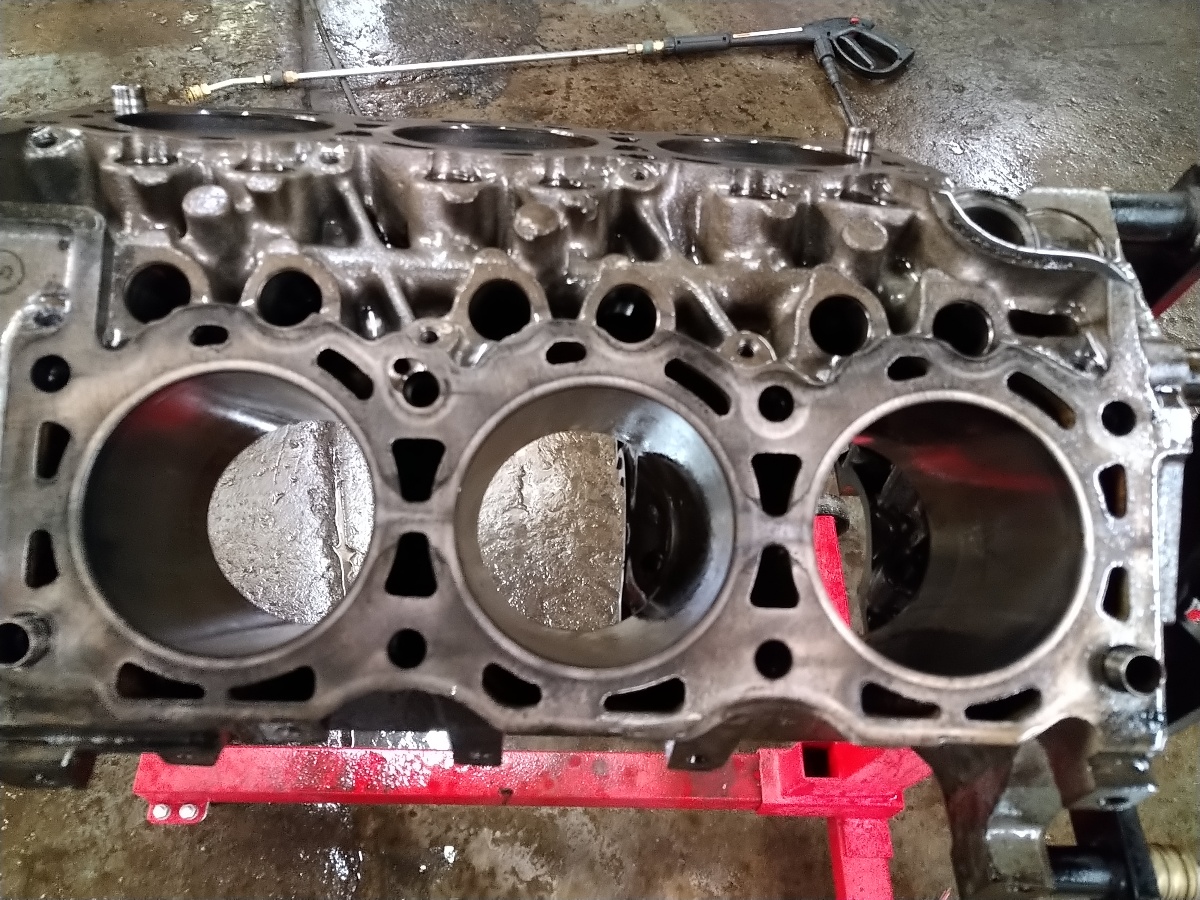 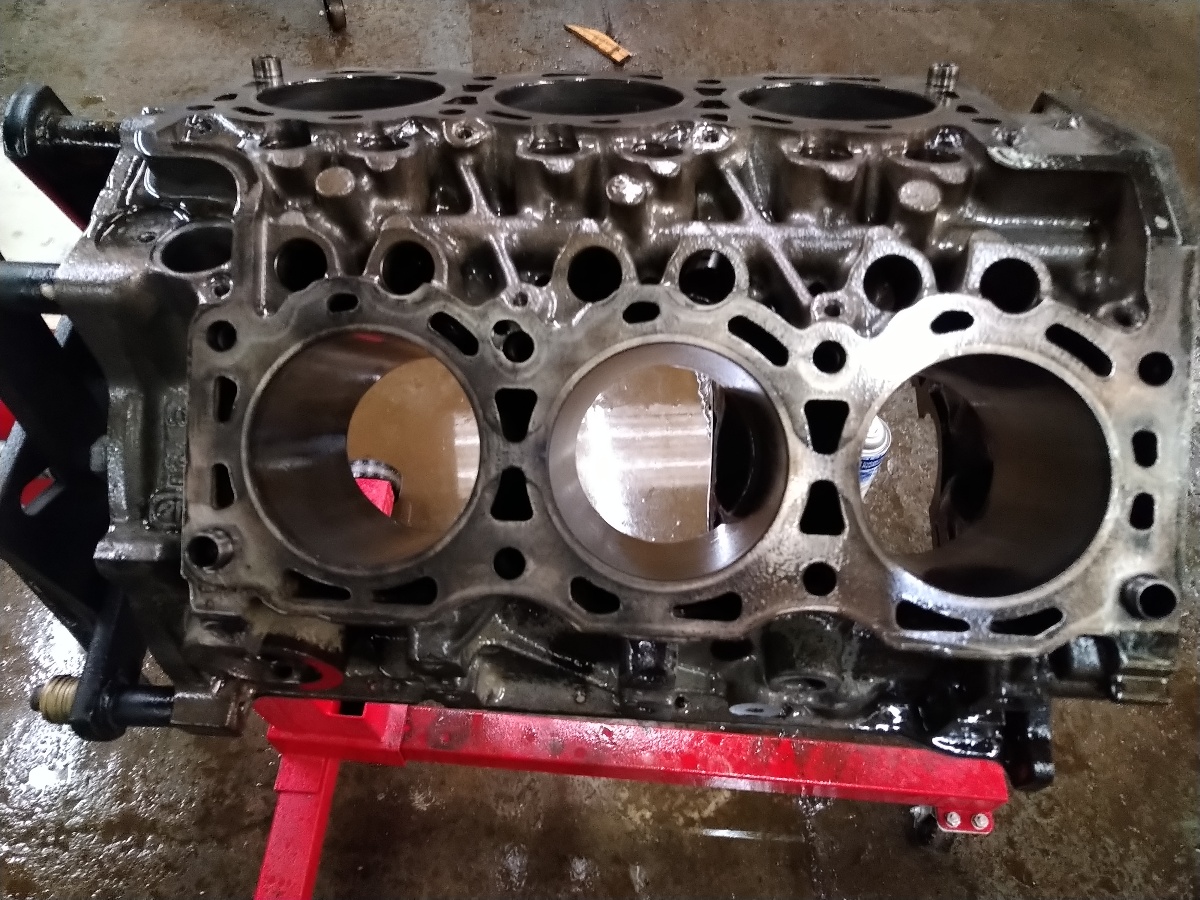 Clean-er than it was. Bores were a little wonky. And they were not before I started running Mobil 1. Hmmm.....

Still, I'm a neat freak when it comes to stuff that I am completely re-building. And I do not trust the hot tank to remove as much as I can. So I busted out the soda blaster and a sack of Armex.

If you have never used one, I highly recommend picking one up if you have the scratch. DO NOT settle for harbor freight with a soda blaster btw... Go for an Ace or better. They are a very precision piece of blasting equipment, and a harbor freight pressure pot simply does not cut it here. Harbor Freight is the best source for cheap blasting soda that I can find, though.

Soda Blasting is different than media blasting due to the fact that it does not harm or affect the base material. It relies of the baking soda crystals exploding on contact with a surface, not physically cutting or beating one material off of another. If you are good with one, its fairly simple to blast things like varnish and paint off of wood without harming the fibers of the wood. It also does not warp sheet metal, so is handy AF for rust repair.

another perk is that it leaves a thin coat of oil on what you are blasting if you are careful. So, I soaked my block in 80w-90 and WD40 and went to town. I allowed the oil to creep everywhere overnight first. The results were fantastic. 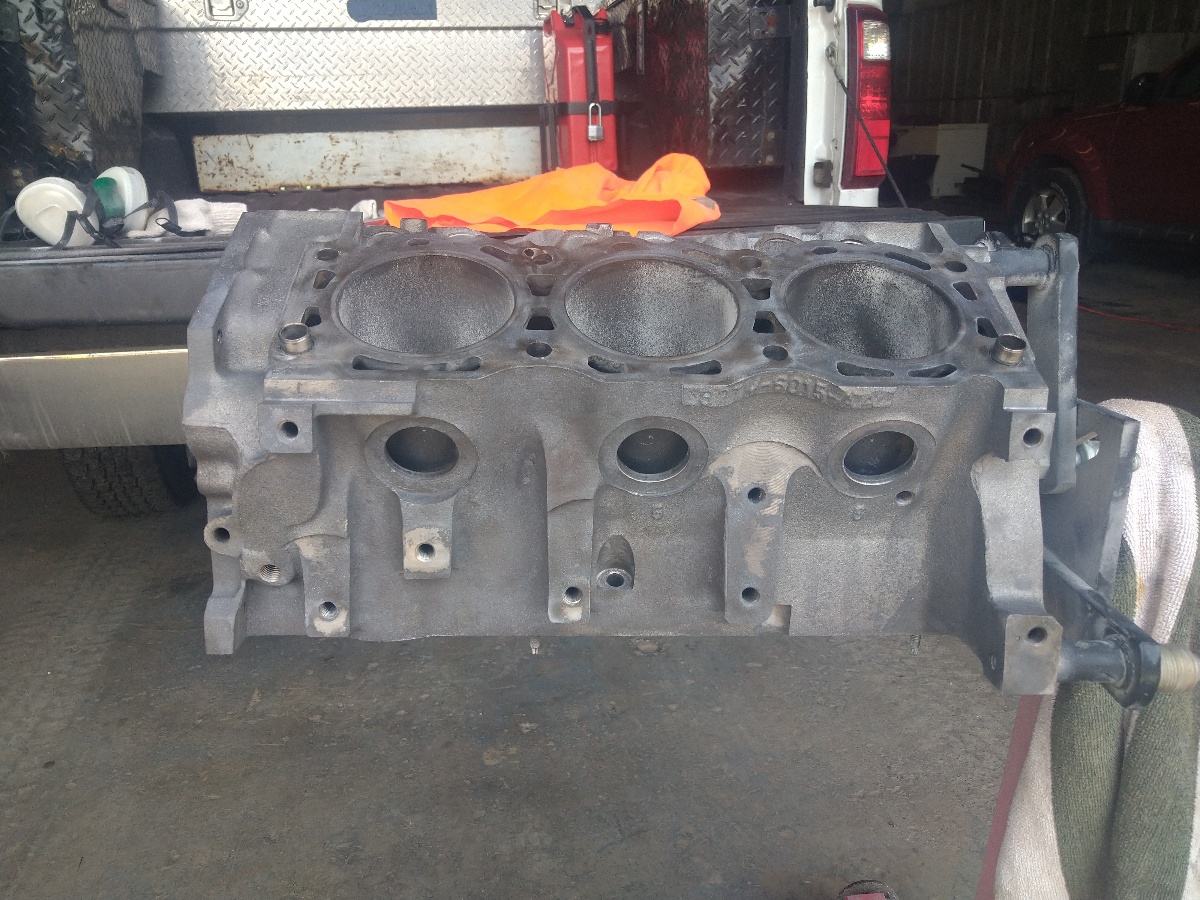 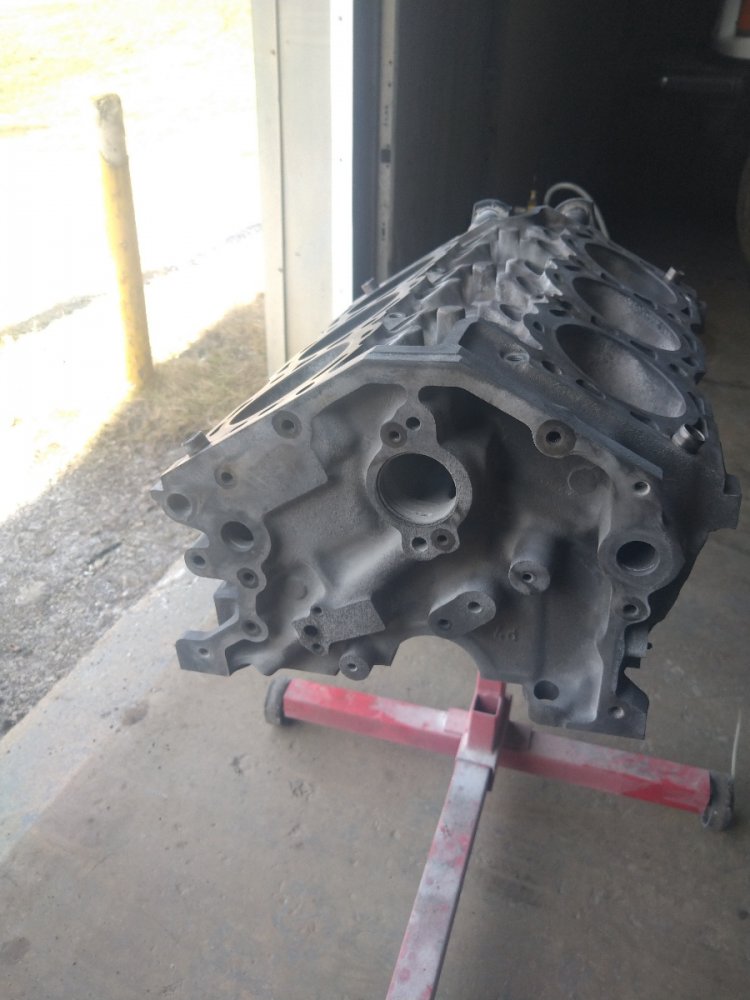 Afterwards I cleaned up and deburred the entire block with a die grinder. Followed the Pruett book to the letter on this one. Not even funny how many massive casting boogers there were all through this thing. There was one 3/4" long one in the cam galley that was nearly impossible to reach without a 6" porting bit.

Example of a big one inside the crankcase. Would not have wanted to see this go through something if the block experienced a little bit of stress and flexed and shook it loose. 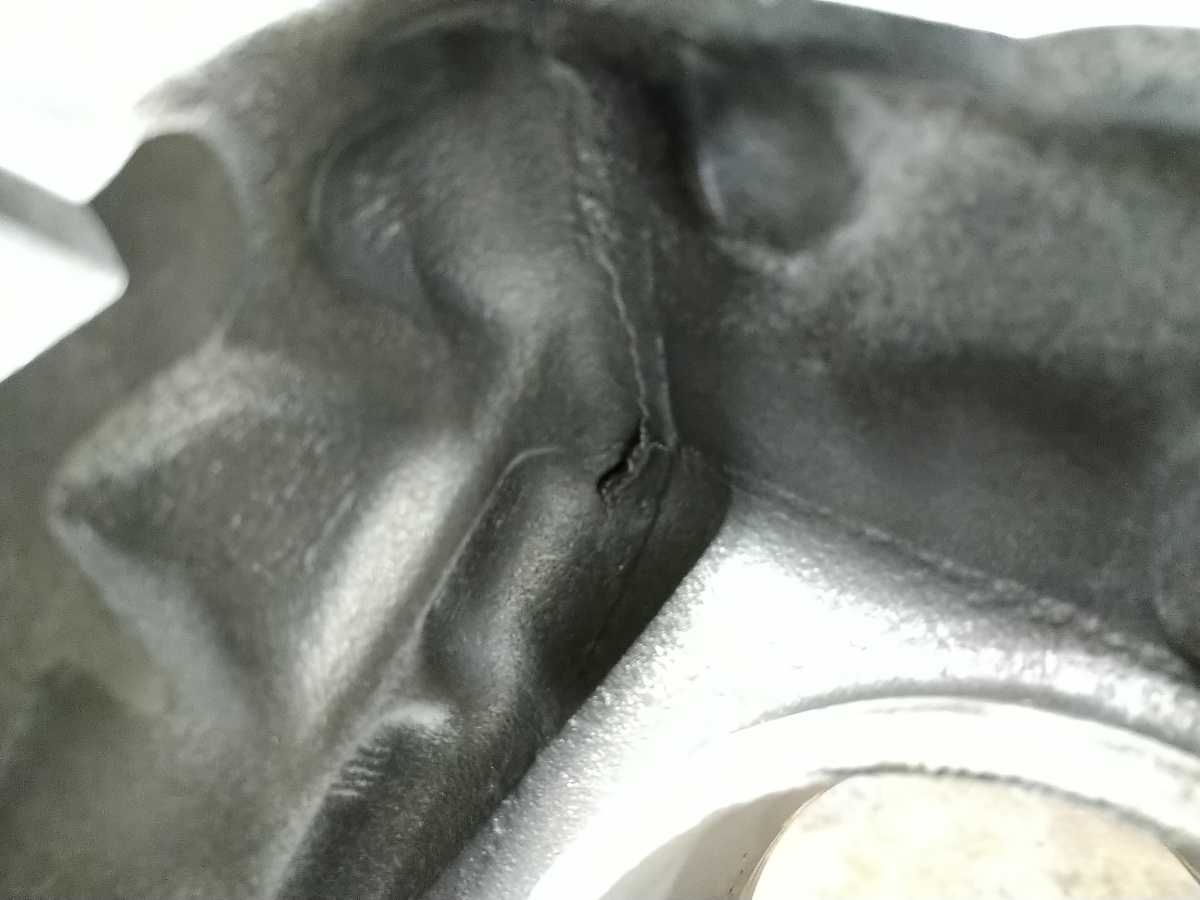 Took a few hours, but smoothed out and 80 grit sanded all casting seams on the inside and outside. Highly recommend picking up the Pruett book, as some of the seams and marks he says to leave are a bit counter intuitive.

So, I've been on a soapbox about Mobil 1 recently. Learned that they have very little ZDDP in their products. Turns out that's hell on a flat tappet cam. Not sure if thats the culprit, but I'm highly suspect. Valvoline VST Racing Oil for this guy from here on out. Has the highest ZDDP count out of any off the shelf synthetic oil I can find. From what I can tell, its a synthetic developed for older flat tappet cam motors. Works for me.

But, I did find my Volumetric Efficiency issue at high RPM. And here I thought it was due to a lack of porting, or a couple bad lifters. Turns out I had three brand new lifters fail, along with REALLY bad valve springs (more on that in a bit), but my camshaft was a joke at best. 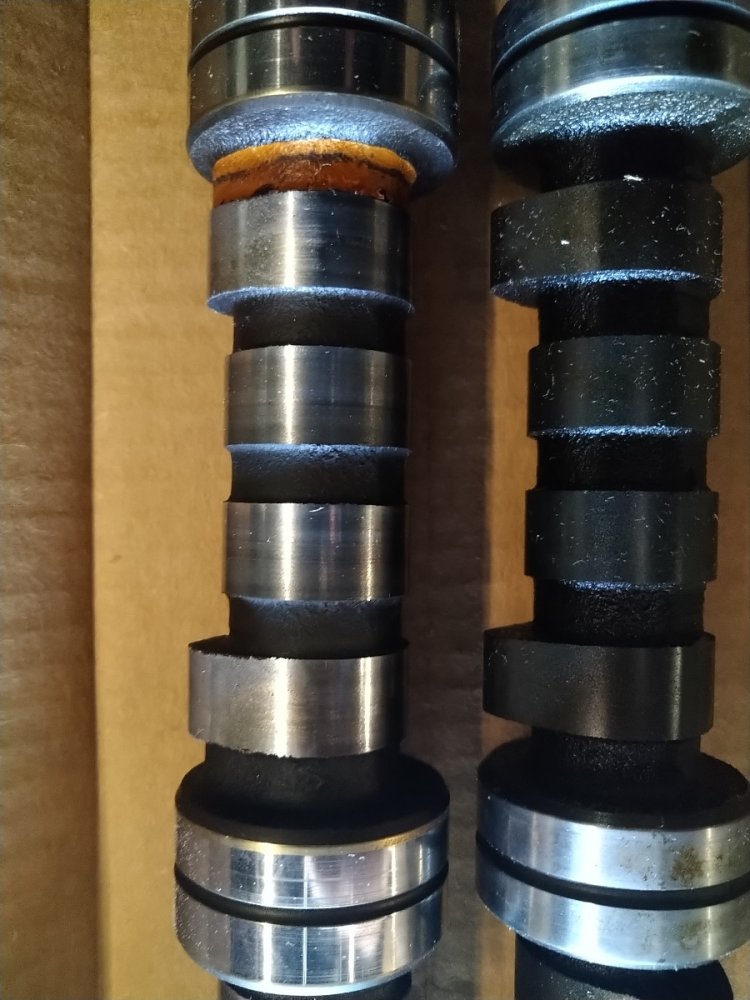 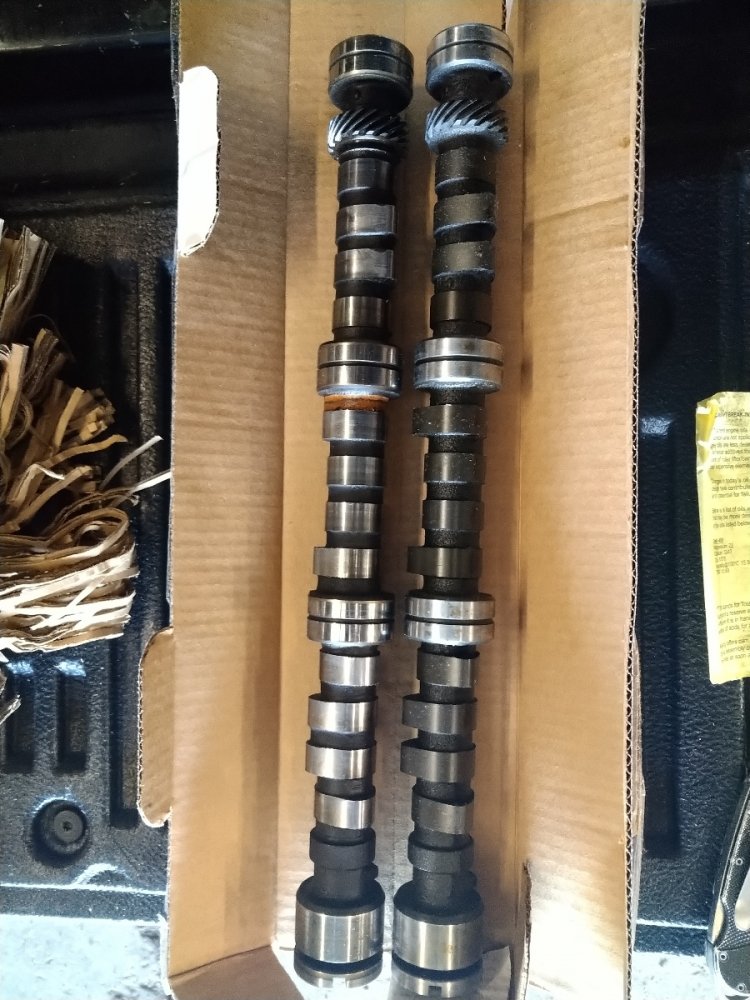 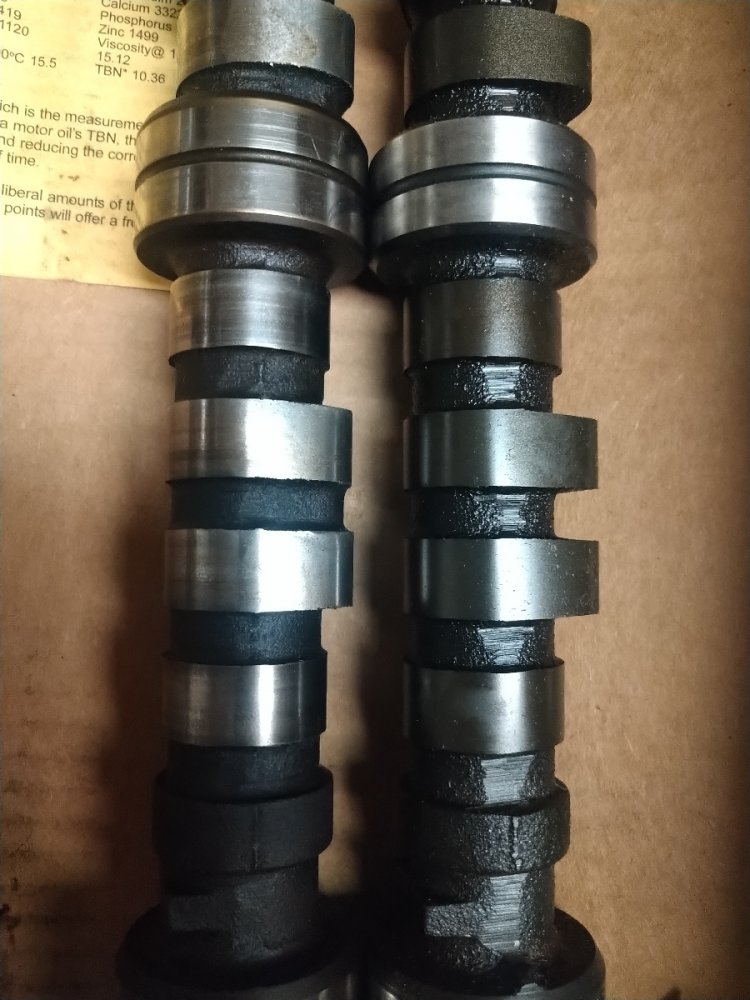 I have read the pruett chapter on head porting many times now. It is an art. And I think I'm starting to understand it. Let the stones do the work, constantly change focus from every angle air could travel, and just blend blend blend. Nothing extreme, no heavy cutting. Gasket match means smooth entry, not hogging out and making fit. Guide, don't push. Better to sacrifice that 'just a little more' to keep factory shape and settle for just smoothing to 240 grit.

Sounds weird, but gets sort of trance-like with good headphones. It's relaxing. Sue me.

blending the seats is everything. focus within an inch of the valve. all the gains are there. I don't gasket match any more.

And before everyone jumps me over yellow not being a "Ford color," please see attached reference shot 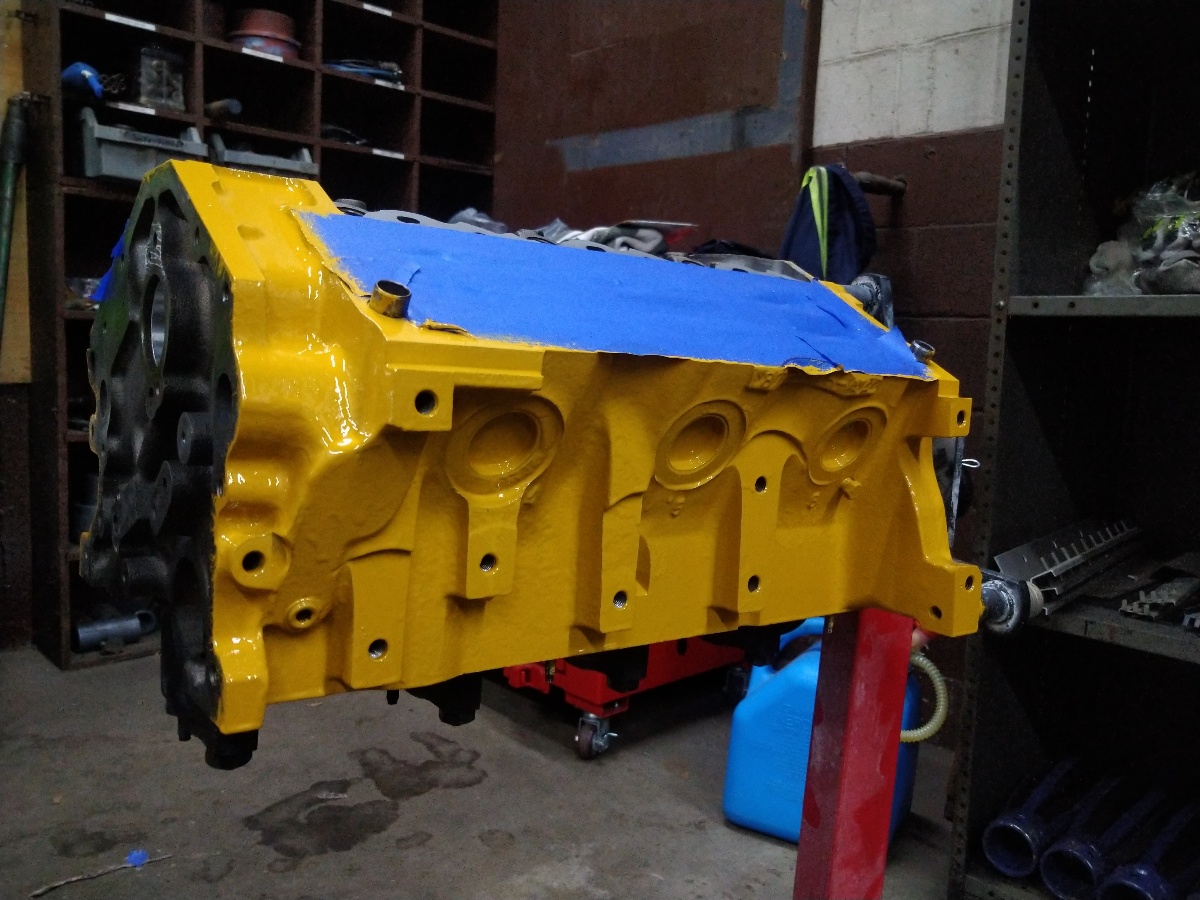 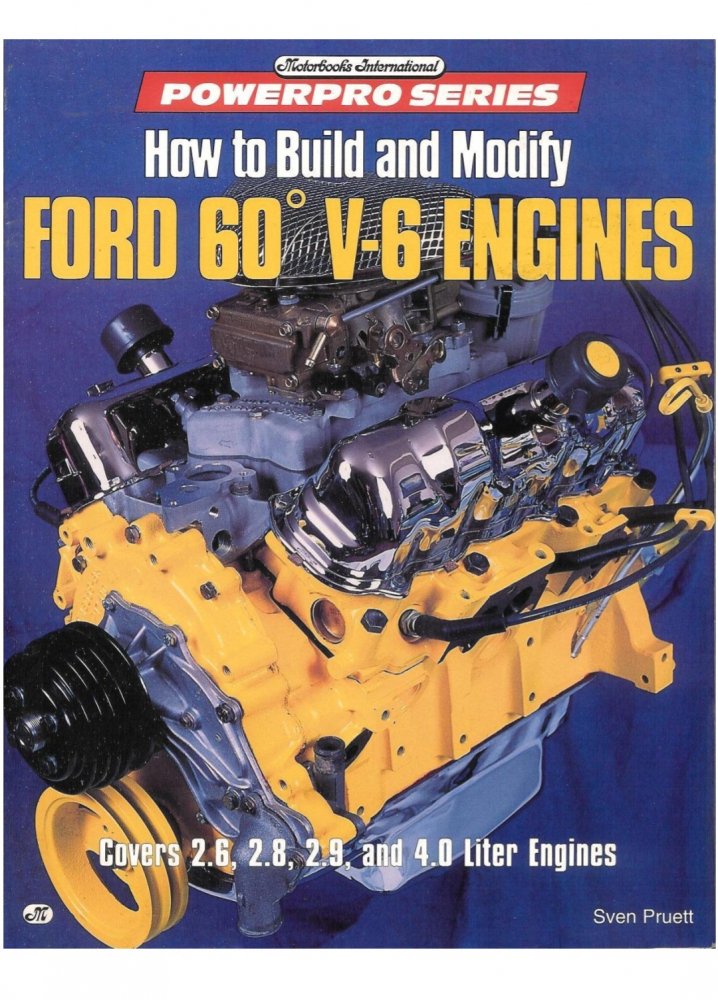 Also, a interesting and dumb issue came up... Turns out if you polish the combustion chambers on promaxx heads, Felpro MLS gaskets hang into the chambers. I need to check my old gaskets to see if they smooshed into the chambers when they were still rough castings.

Luckily, I found a solution for the problem... Gaskets that can be fitted 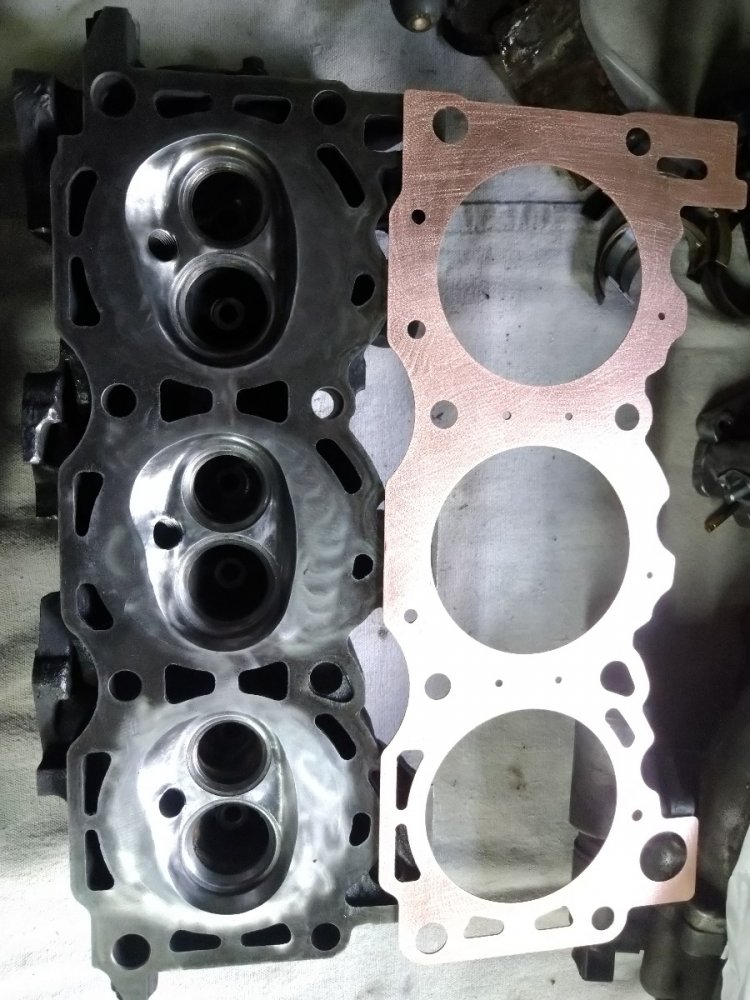 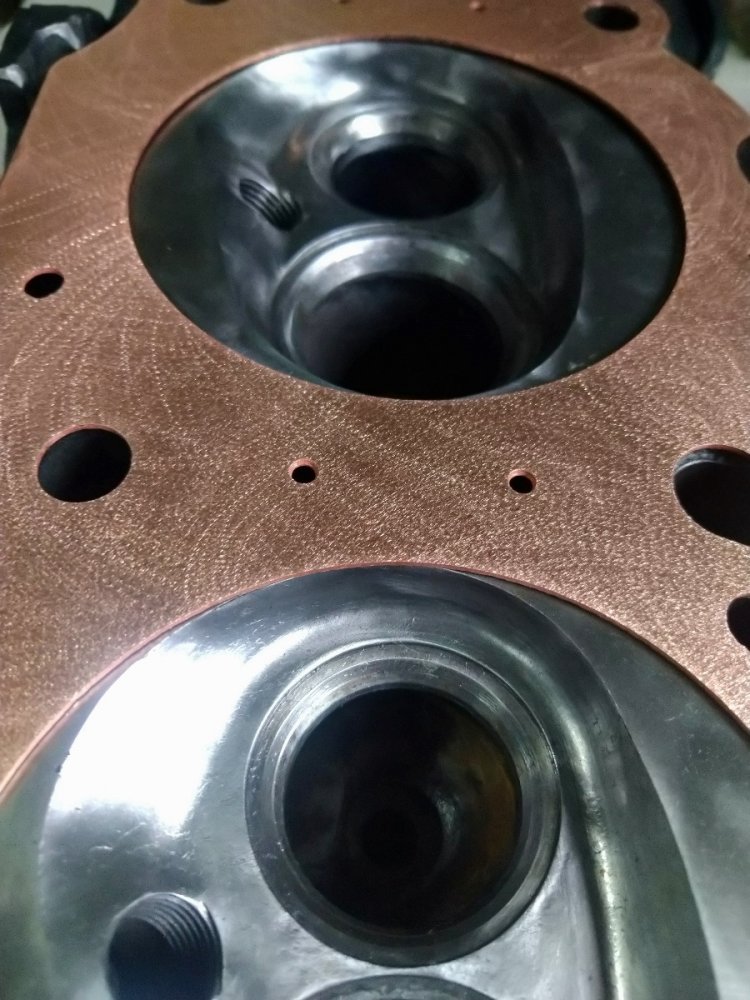 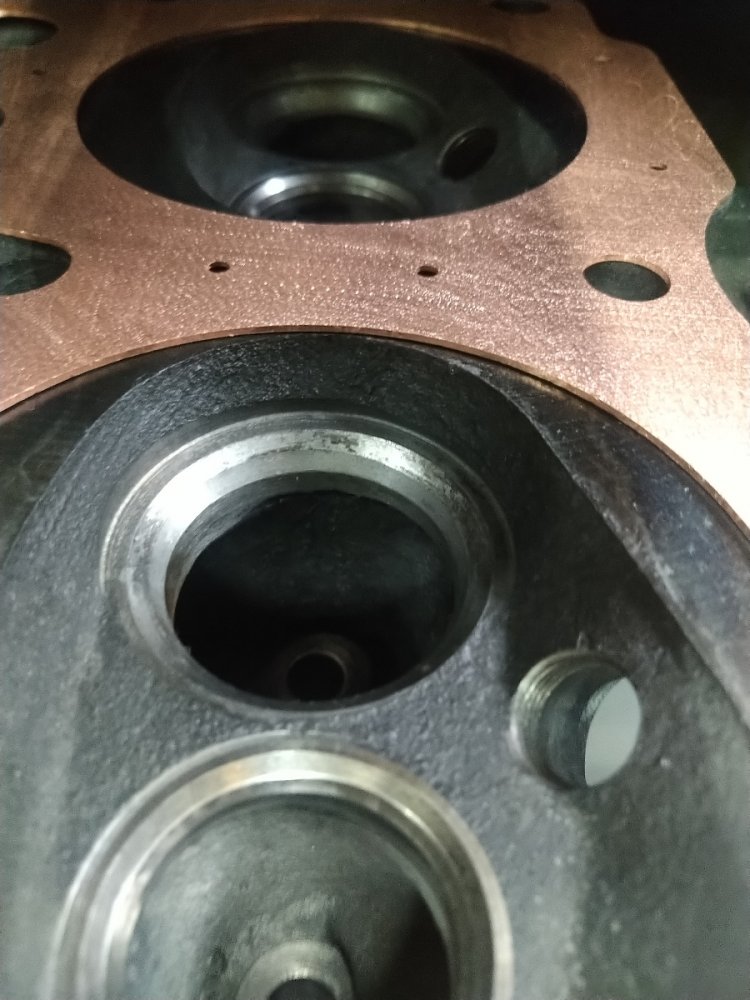 It may be time for an intervention...

Uncle Gump said:
It may be time for an intervention...
Click to expand...

Ooooooo is the 4.0 crowd getting nervous??

I was more worried about you having Sven's baby.

Took a break from working on heads while I wait on a few things, so started shooting powder on stuff for reassembly.

Lots of fine detail stuff on the upper intake and throttle bodies, which took lots of time I didn't wNt to spend on it, but hey, won't have to deal with corrosion for a long while. 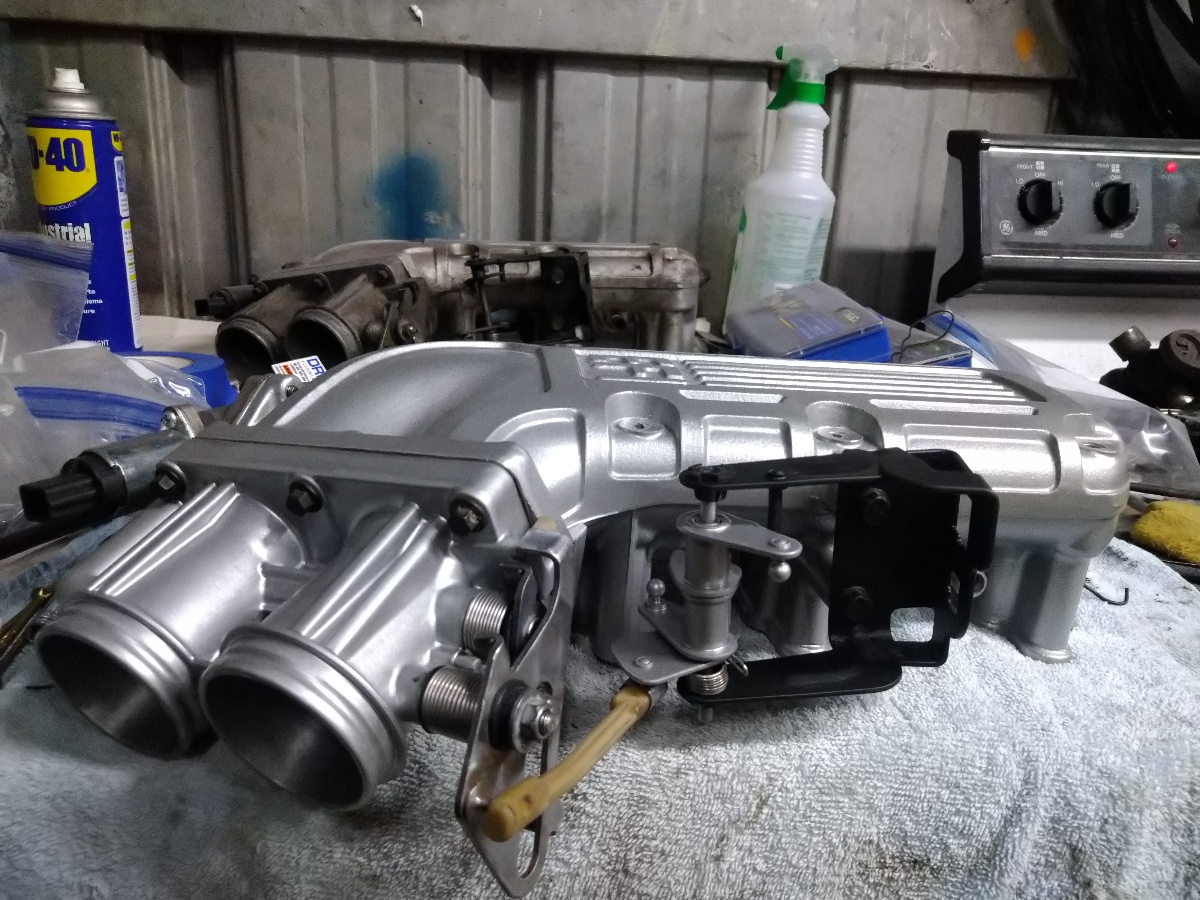 I think it turned out OK. Need to get an accent color on the lettering.

Also powder makes it look that much cooler than the factory RBV one.