The 2.3L EcoBoost can be found in various configurations across the Ford line. It powers SUVs like the Lincoln MKC and Ford Explorer along with performance cars like the Mustang and Focus RS. It would be easy enough to think that the Ranger motor was just transferred over from the Mustang since they are both in a longitudinal configuration, but it needs enough torque to beat out the Colorado. That’s why Ford went with a modified version of the Focus RS motor. 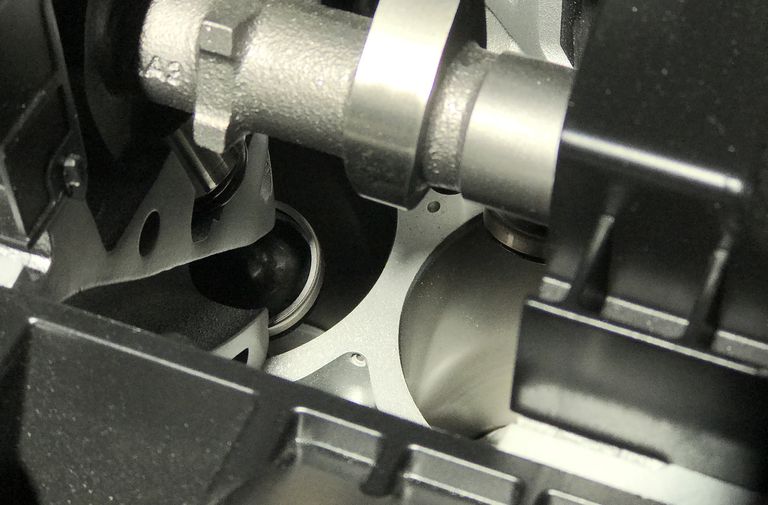 Our first hint that it’s based on the unit found in the Focus RS comes from the design of the block. That shows us that the Ranger motor employs a cross-drilled deck for cooling which is only found in the Focus RS at this time. We covered this type of cooling mechanism in our Focus RS head gasket story, but the general idea is that coolant flows through the block below the bore bridge instead of across the top. Inside the block, the rotating assembly appears to be lifted straight from the Focus RS; it contains the forged crankshaft, forged connecting rods, and coated pistons found in the hot hatch. 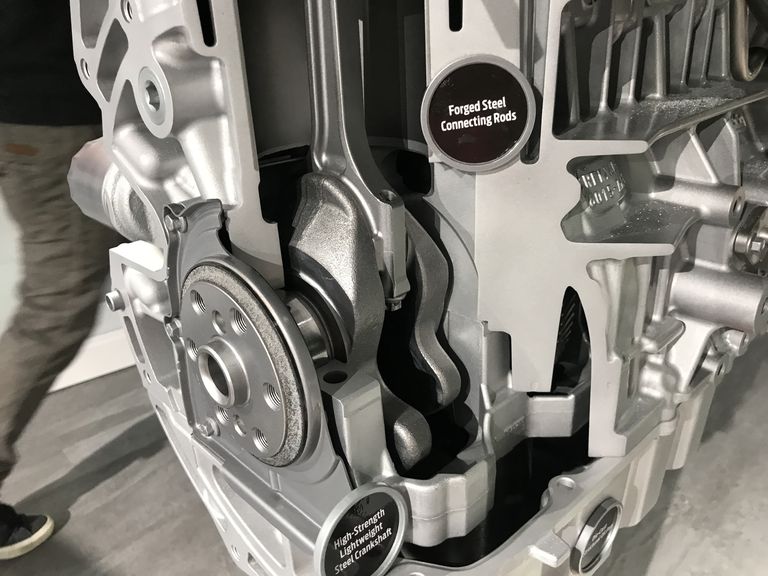 Although the top is almost identical to the Focus RS block, the bottom has been modified and has a slightly different casting. The oil pump has been moved from its location beside the crank gear and now runs off the balance shafts in the oil pan. This move was likely done to make the front a little narrower in order to make space for the four-wheel drive components that will be used in the Ranger. 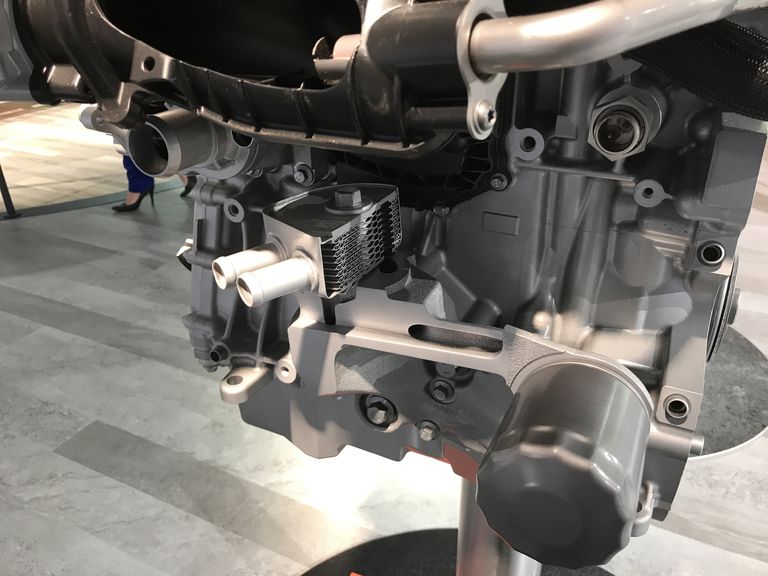 The oil cooling system has also been upgraded with the addition of a new housing that includes a larger oil cooler and a filter that now points to the side instead of down towards the oil pan. This housing is novel since it also appears to be where the motor mount will connect to the engine. 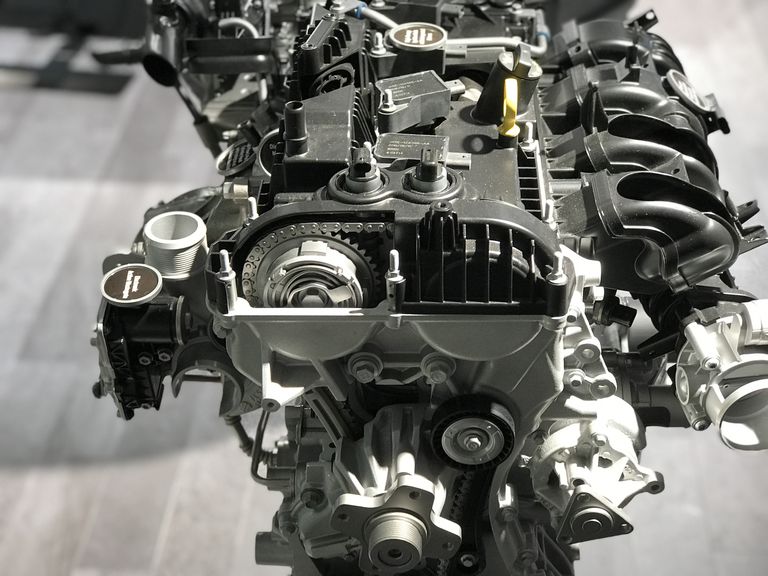 The oil pump move is not the only change to the front of the block as the harmonic balancer has also been changed. It now includes a provision for a wider front belt which will coincide with the belt-driven fan that will be installed on the Ranger. This is also apparent when you look a little higher up towards the cam gears where there is now a cast mount for the fan to attach to. The timing cover has been modified to allow for the fan mount and the removal of the oil pump below. The rest of the belt drive appears to be identical to the Focus with the water pump visible in the same 3 o’clock position on both engines. 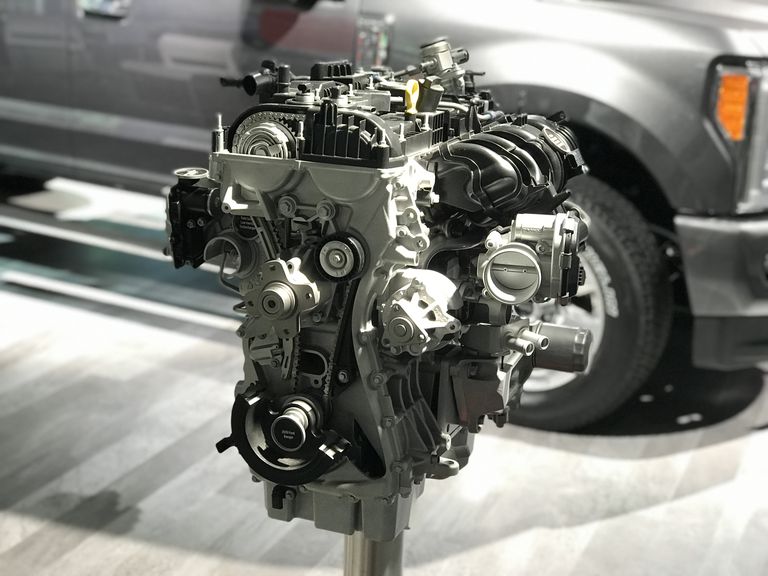 Front of the Ranger’s engine

Moving up towards the cylinder head it is apparent that most of it was transferred over. The head casting and valvetrain components appear to be identical but a few external changes have been made. The valve cover shows some additional strengthening ribs on the front but is mostly the same. The direct injection pump is mounted in the same position on the left rear side of the head but the vacuum pump beside it on the Focus is gone. This pump is used to provide a vacuum backup for the brake booster on the other models and the unit may now be gone or relocated on the Ranger. 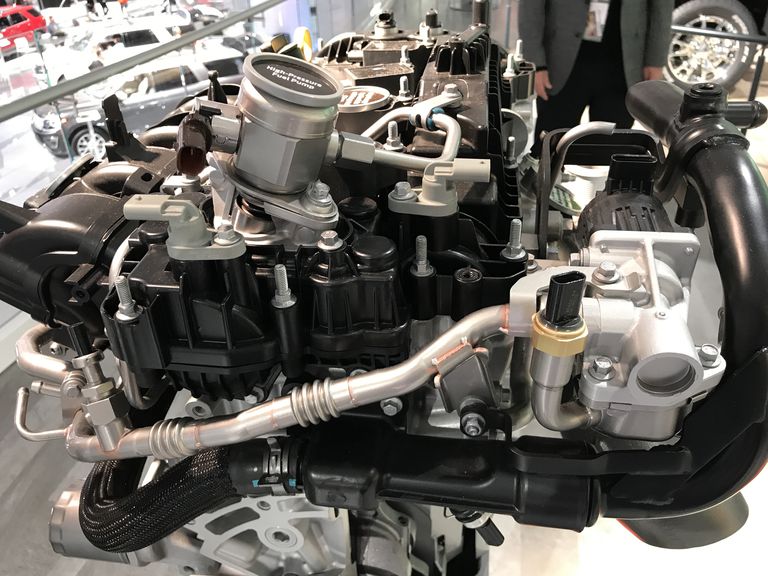 We now find an EGR cooler below the injection pump which has not been used on this size of EcoBoost motor in the past. The EGR system was likely implemented to assist with emissions by pumping hot air into the intake to richen up the fuel mixture as needed. The secondary benefit of EGR is that the warm air being pumped back in can also assist to prevent knock when the engine is under high load. The pipe that leads across the back of the head into the intake manifold appears to be the main change to the induction system there as the rest of the manifold appears to match what is found on the Mustang. 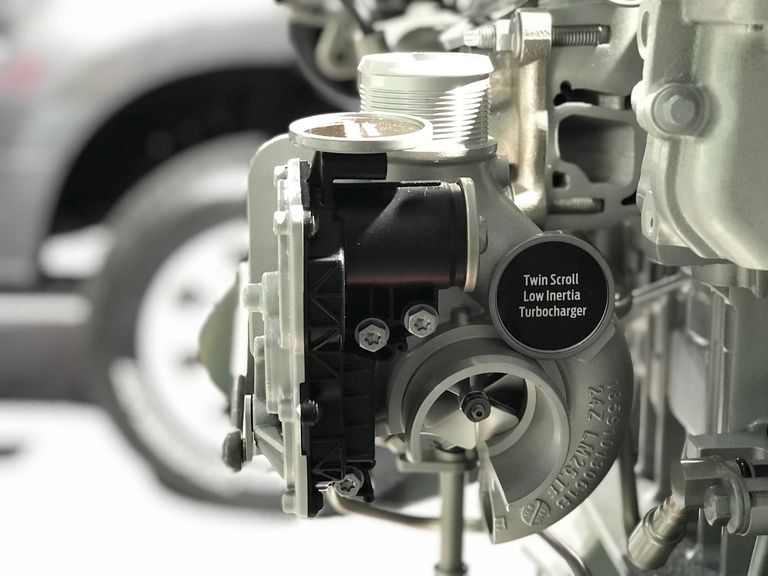 Moving around to the other side of the head, we find the familiar three-port integrated exhaust manifold that leads into a twin-scroll turbocharger. Although we do not have exact specs on the turbocharger just yet, the inducer wheel appears to be slightly larger than the Mustang unit. 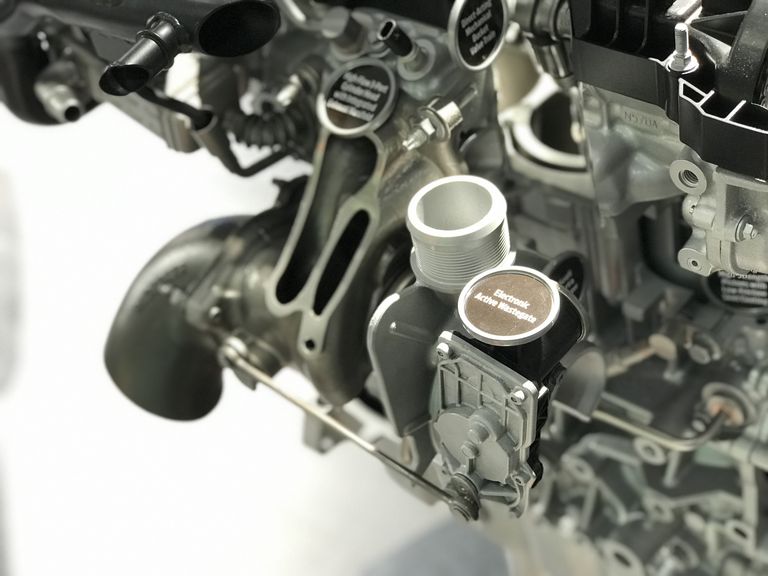 We find another new piece in this area as this turbo is the first in the series to employ an electronic wastegate. The rest of the lineup uses a mechanical penumatic wastegate so this advancement should allow more granular control of boost pressure. This is important since the Ranger will likely be sold in high volume and small changes like this can help to improve fuel efficiency and emissions. 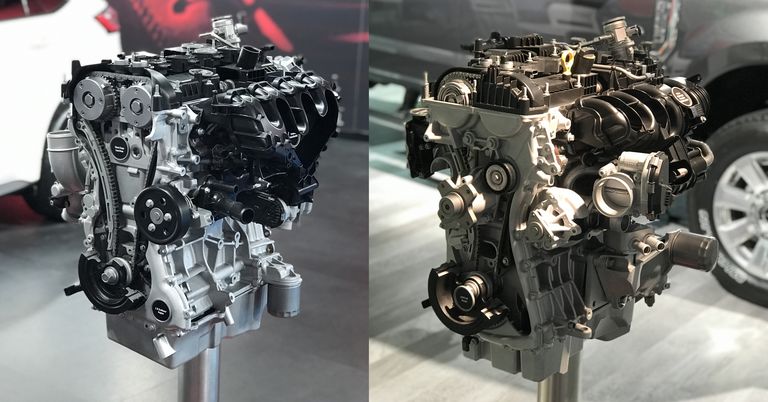 There are likely other smaller parts that may have slight changes, but the Ranger motor appears to share most of its components with the Focus RS while adding a few new parts.