Thanks to everyone who showed up for the trail ride in Ohio. To say it was interesting would be an understatement. Friday evening I arrived at the Days Inn to find HiRoller, Chris Grover, Splashman, John97, and Gumball already there. I didn’t expect them that early, and left for a little while to visit my father-in-law and to check the trail.

After returning to the hotel, I got together with everyone and HiRoller was determined to check out the trail after driving so far. I jumped in with Chris Grover, and HiRoller, his wife and dog, and Splashman and Jeremy all headed for the trail. The trail was very rough with a lot of unexpected surprises. We found some big holes and ruts that proved to be challenging along with some hills and rocks. Splashman and HiRoller got ahead of us and we lost them at a split in the trail. After looking and waiting, Chris and I headed out. Along the way over a hill we got hung up at a bad angle and started rocking from side to side. Chris and I thought we were going to roll, but Chris managed to maneuver the Ranger out of it.

We went back to town (Hearts still pounding from almost tipping) and found a pay phone. We called John97 back at the hotel who in return was able to get a hold of HiRoller and Splashman on the cell phone. They had been stuck on a trail but got out. We suggested that they come out and was going to meet them. They said they wanted to stay so we headed for the hotel.

The fog that night could have been cut with a knife (Thank god for the edge lines on the highway). We finally found the hotel and was met in the parking lot by John97. HiRoller had rolled his Ranger with his wife and dog inside, and needed help. I grabbed my Ranger, and we headed back. Some guys on ATV’s had heard the crash and came to their rescue. One of them was waiting by the entrance, and lead us to HiRollers Ranger. We found Hirollers Ranger on it’s passenger side over a hillside on a narrow trail. Fortunately neither HiRoller, his wife, or the dog were seriously injured. We later found out that this particular trail (HiRoller Hill) is only used by ATV’s, and doesn’t go anywhere when you get to the bottom. We used my Ranger and Chris’s Ranger to pull HiRoller on to his wheels from a side angle. Splashman used his Ranger to pull on the rear of HiRoller’s, and pulled him up to the top of the hill. Once on top we topped of the fluids and started it up. Ran like a champ. We all left and got back about 3:00 am.. When we got to the hotel we found out that Hiroller had a SERIOUS gas leak.

The following morning Chris climbed under the truck and we all chipped in with tools, clamps, etc, and he got the gas leak fixed. That night excursion resulted in damage to HiRollers r/front fender, bedside, cab, passenger door/window, and windshield. Chris found out that he needed an electric fan on the trail due to overheating, and I needed another tranny cooler since I was hitting 230F.. Saturday started with us fixing HiRollers Ranger, and then Chris and I went out to get parts for our trucks. We all met at the rest area as planned and made emergency repairs/upgrades.

Ken4551 was the first to get stuck in a mud pit and ended up with damage to a rear tail light and bed corner/side before the day was over. Chris Grover shattered his left front hub, and I overheated spraying engine coolant everywhere. My radiator became packed with mud and it pissed of my V-8. The big hill climbs proceeded the pit and my Ranger was running really hot. I lost momentum going up the hill from running at 250+ degrees and came to a stop. I switched from 4Hi to 4Lo and continued. I somehow knocked an exhaust pipe off from the header as I was gassing on it. I charged hard up the hill and could probably be heard for miles with the open header. I blasted over the top with engine coolant spraying everywhere, and a look of concern in my wife’s face. Craig grabbed a glove and stuck the pipe back on, and I tightened it down with my air ratchet and PowerTank (Good investment). On the way back down we got separated and eventually regrouped. Chris Grover and some others got on a different trail and had to back out of it. I grabbed some ice out of the cooler and filled my radiator with it while we waited.

We all finally got back to the hotel by 7:30 pm, hit the shower, and then went to dinner. Eventually that day we all washed out our radiators since we were overheating. That night we gathered around Chris Grovers Ranger while he fixed his front hub, and eventually went in for a beer. All in all it was a great day. I had more fun in those two days than I think I ever had at a 4Wheel & OffRoad Jamboree.

My wife and I want to host a trail ride again next year, and will try to pick a date when some other regulars on the internet will be able to attend due to their college/work schedules. We will try to post something a few months (at least) ahead of time to ensure a good turnout, especially for those who may need to ask for time off from work. This was our first attempt at organizing a trail ride, so we learned a few things. I also learned a few things about offroading with a group:

1) – Definition of ‘HiRoller’: To take chances. Live on the edge. To overturn from a lifted position.
2) – $35.00 for a CB is a cheap investment when you lose someone on an unfamiliar trail in the middle of the night.
3) – 4×4’s don’t like to have their radiators covered with mud.
4) – Scout out unfamiliar hills before you go over them. 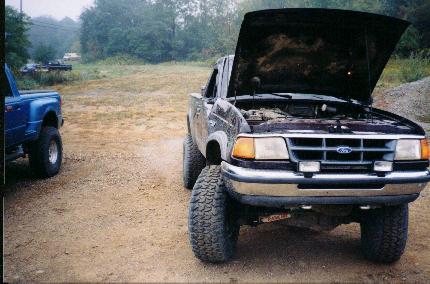 Here is a side view of HiRollers Ranger back at the Days Inn the following morning. 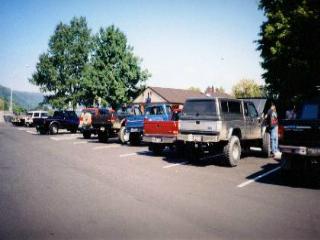 Gathering at the rest area outside of Wellsville, before the trail ride. 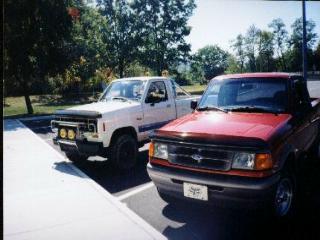 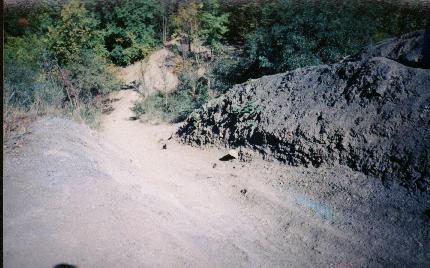 This is the hill where HiRoller flipped his Ranger on to its size. 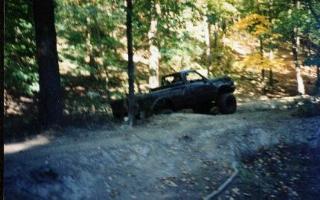 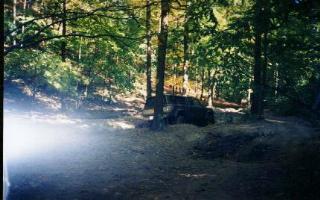 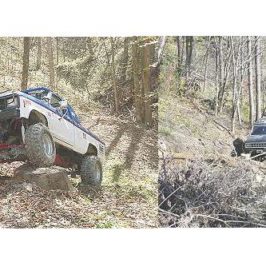 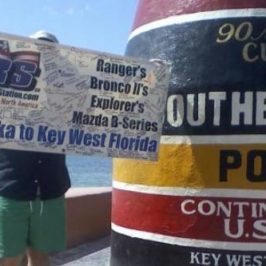 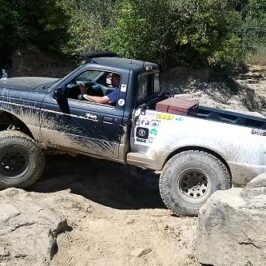 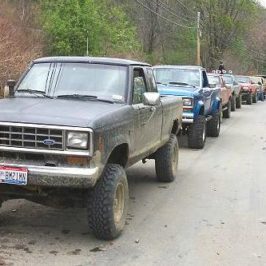 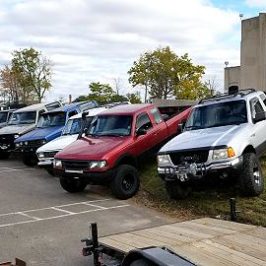 On Sunday 10/21/2018, Forum Moderator Caleb Johnson (fastpakr) and myself found ourselves flying to Detroit... 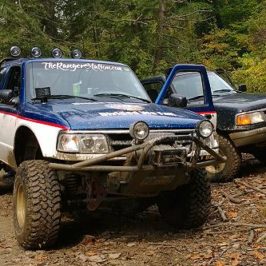