Rustys GMC, not much of a build.

Picked this up on the cheap with 118kish on the clock. Its a 08 gmc 1500 SLT, 6.0, 60e, 3:73s “NHT” (towmax) package. Loaded with everything but nav and a sunroof, clean black leather, only 1 dash crack lol. It was whacked in the passenger side so i had my brothers shop fix that and some rust that was starting. Anyway heres when i finally got it 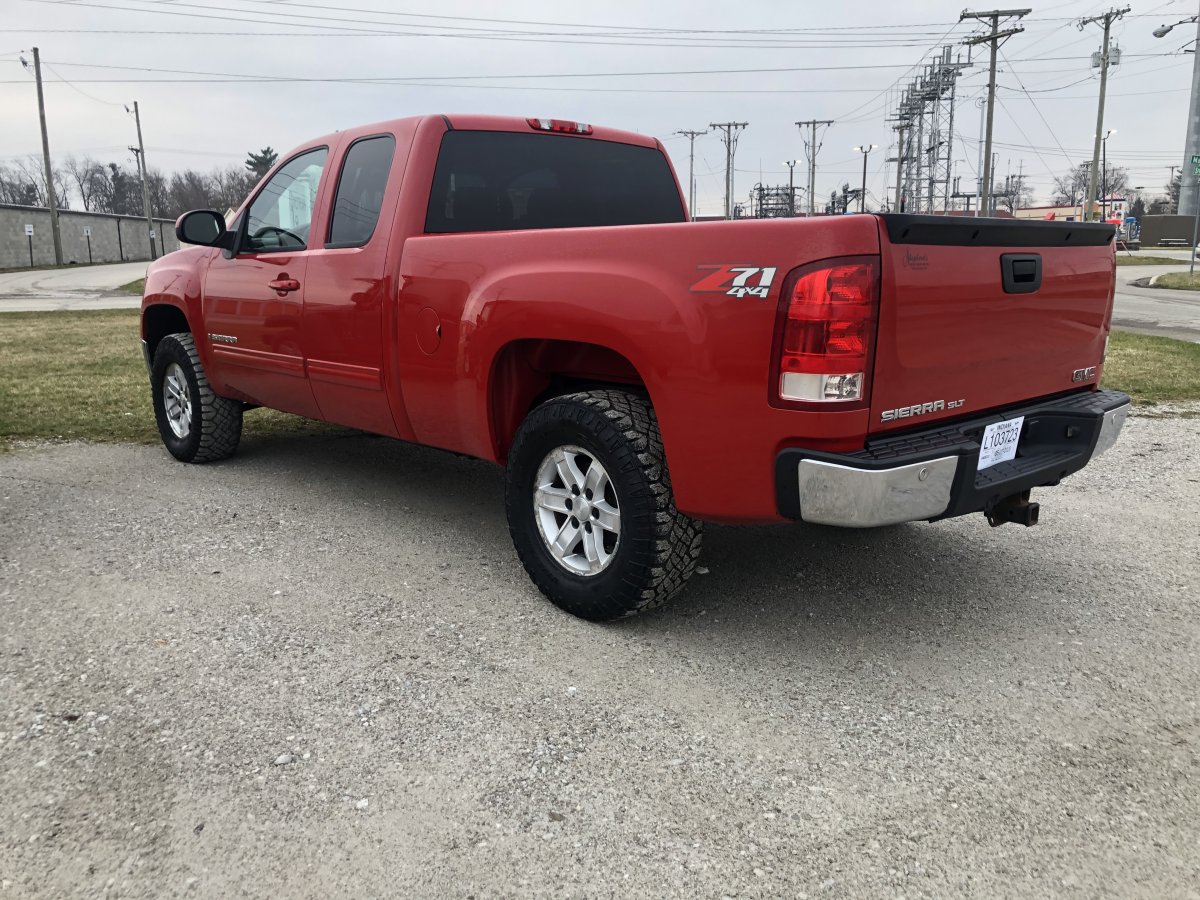 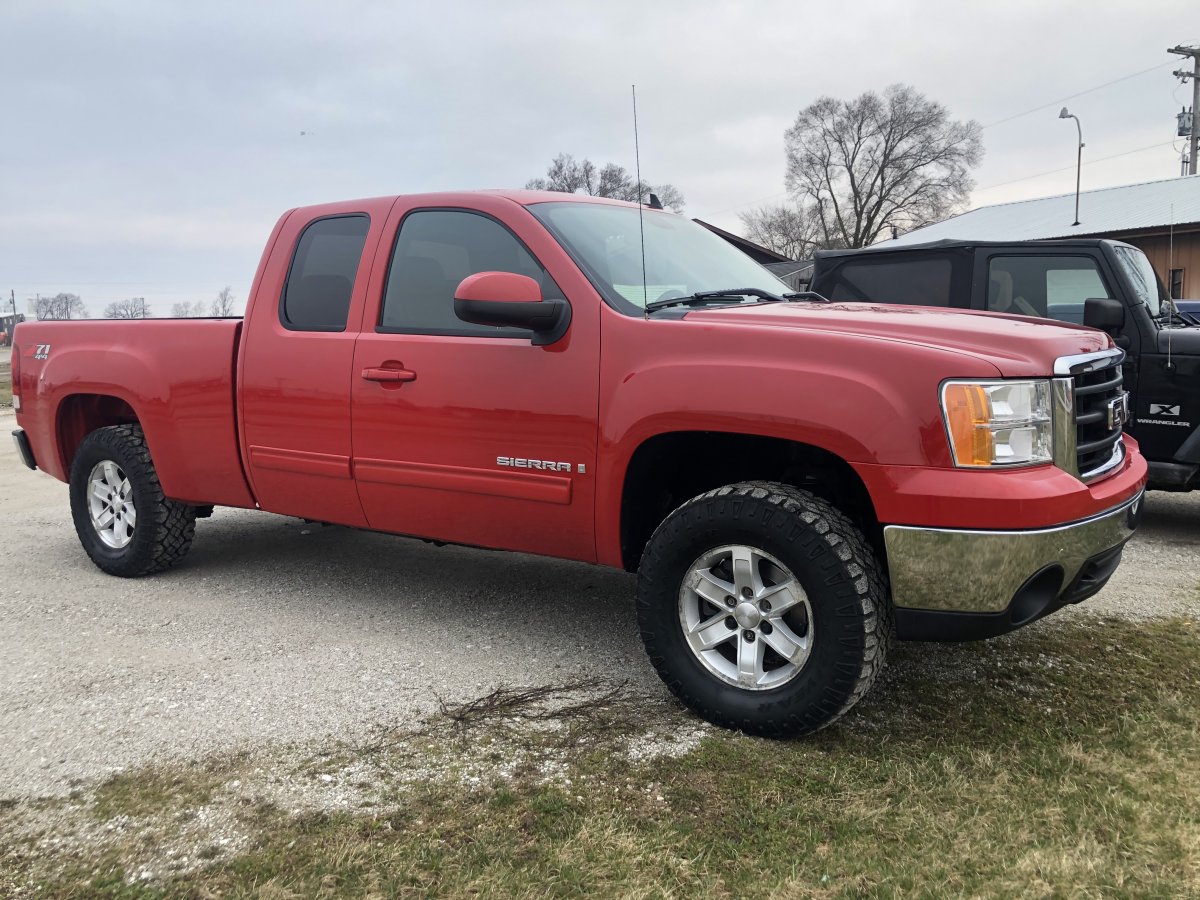 Had the windows tinted immediately 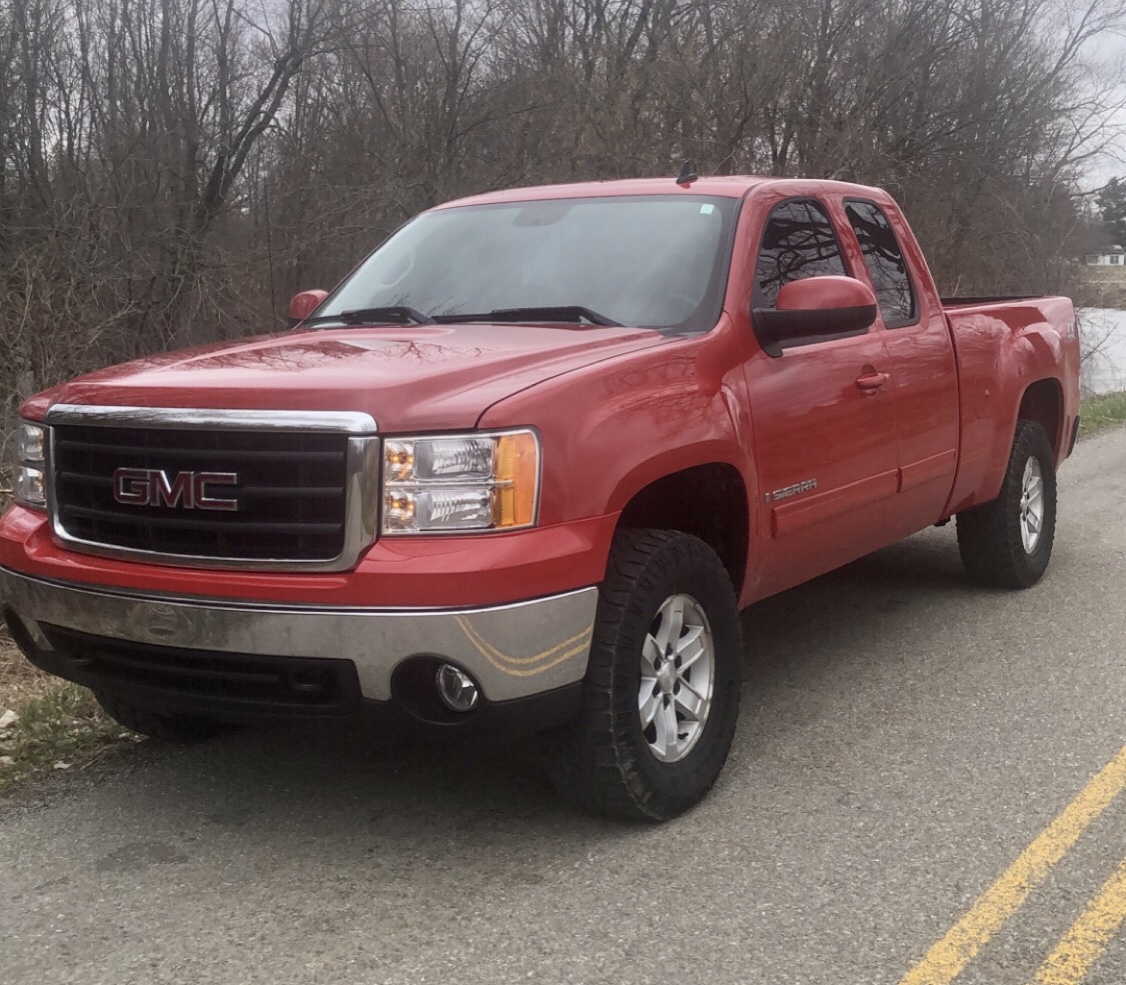 threw a new hitch on it because the old one was questionable at best. 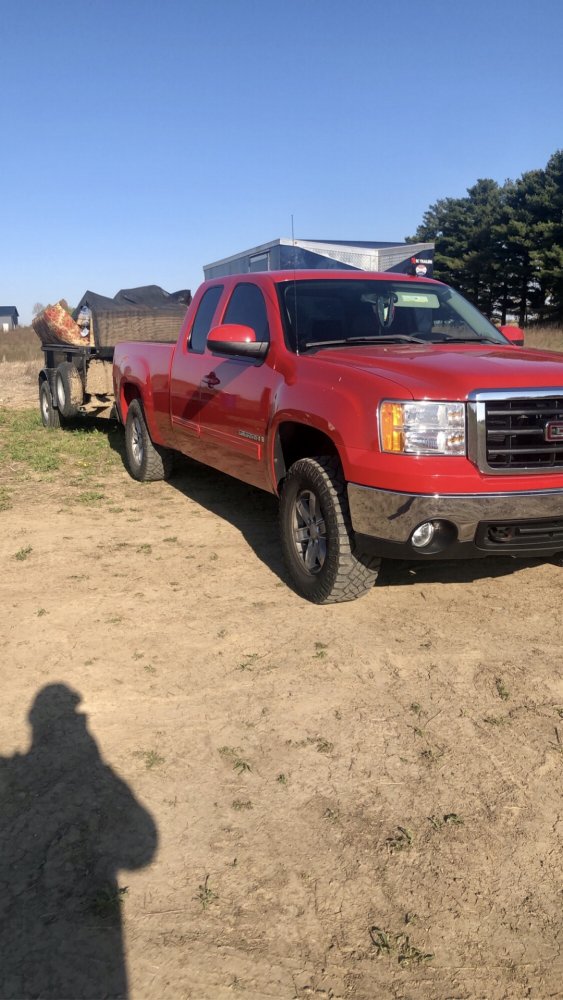 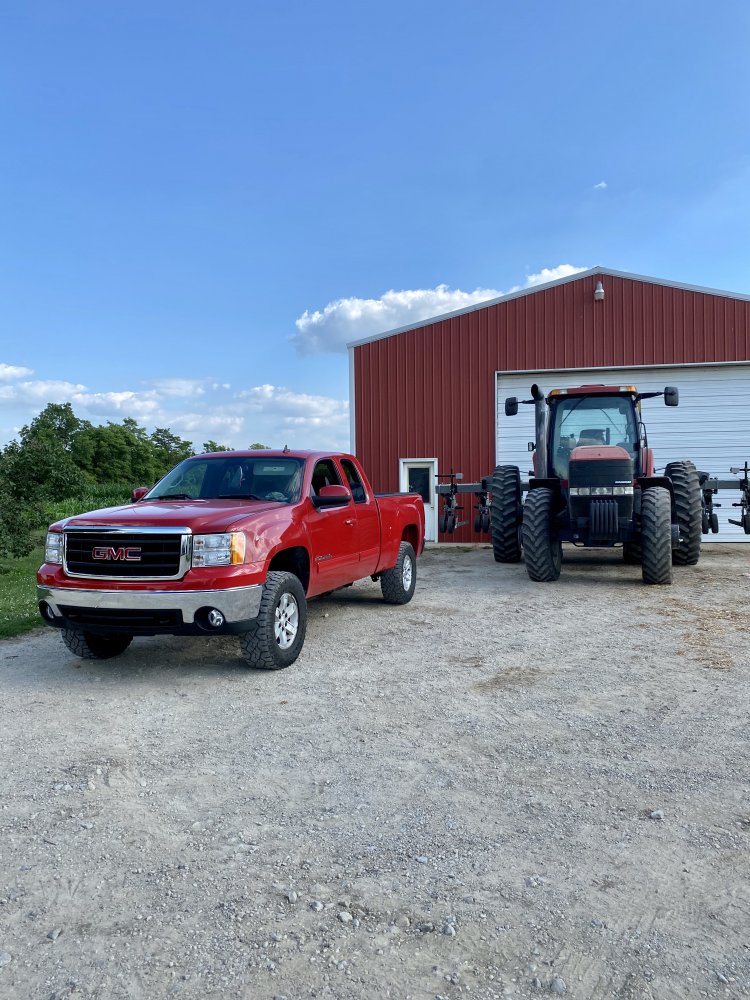 Got some 315/70r17 Mastercraft CXTs and a Fold-a-cover G4 elite i got from marketplace on it at some point. 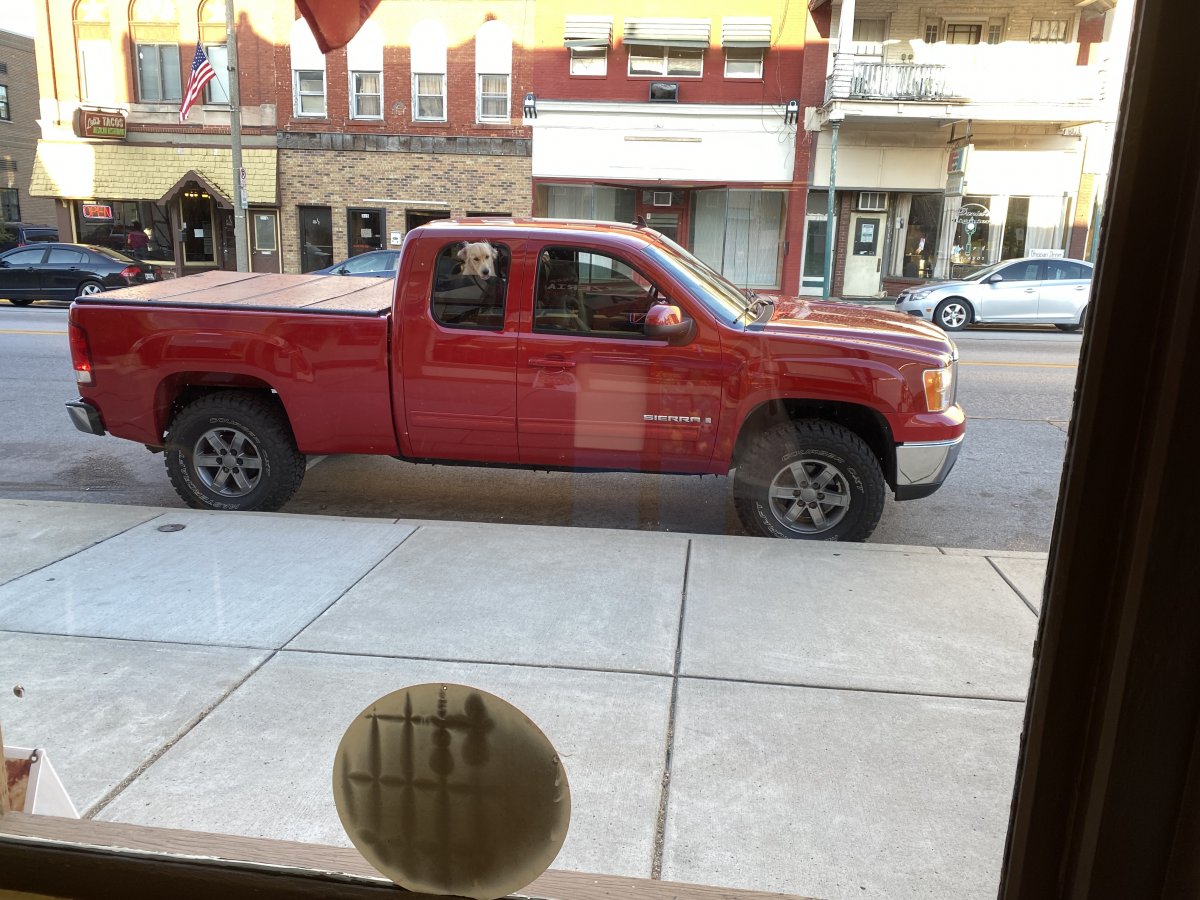 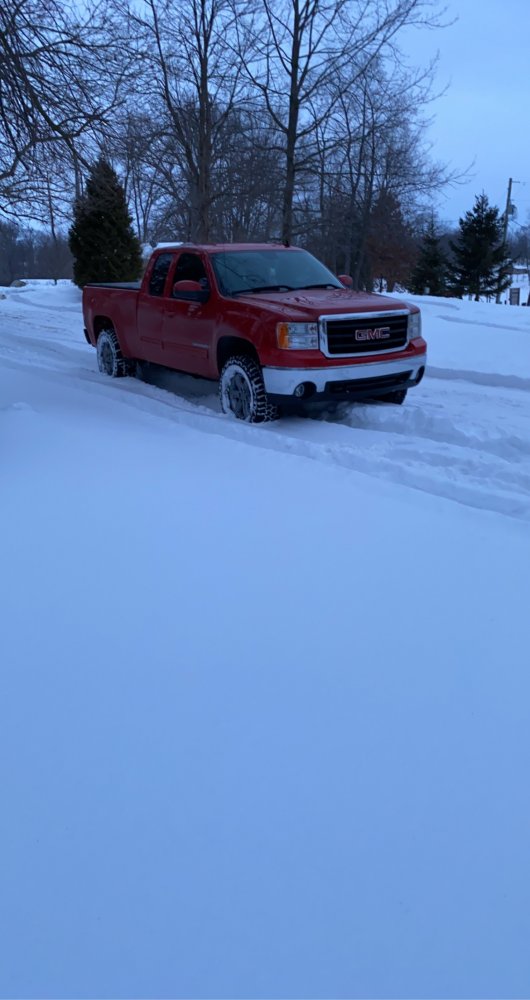 broke the tonneau at some point so i said screw it and got a black low profile toolbox TSC had on sale. 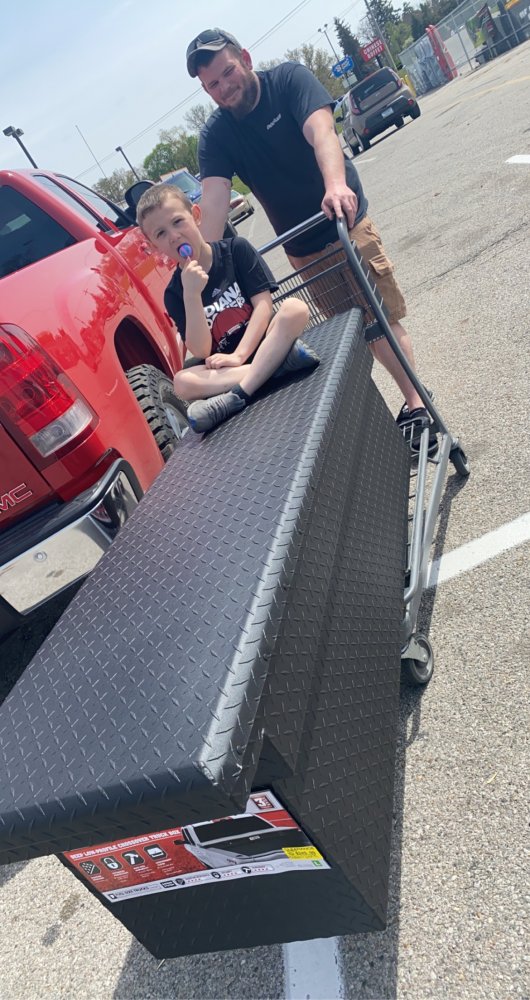 Newphew came in handy keeping the toolbox balanced on the cart. Bought him a sucker for his hard work.

How it sits now 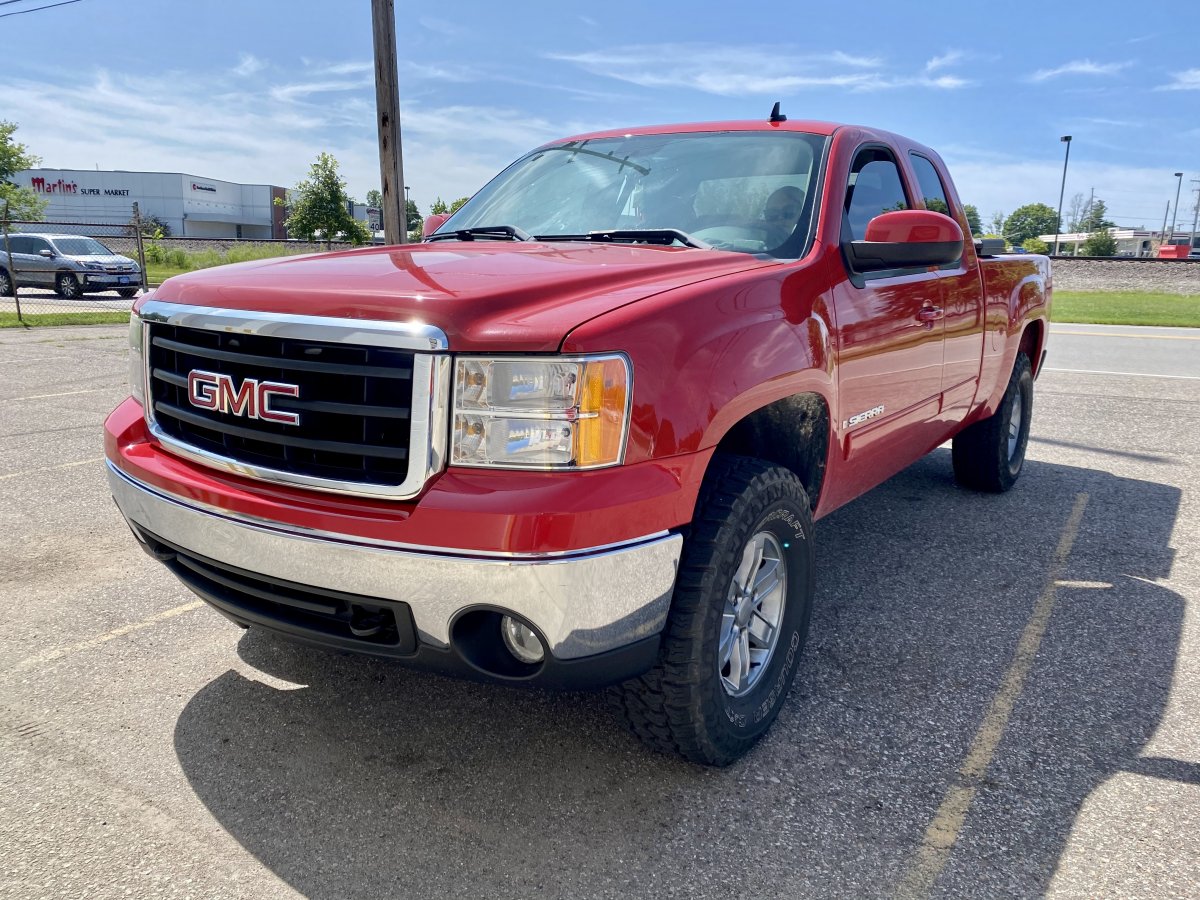 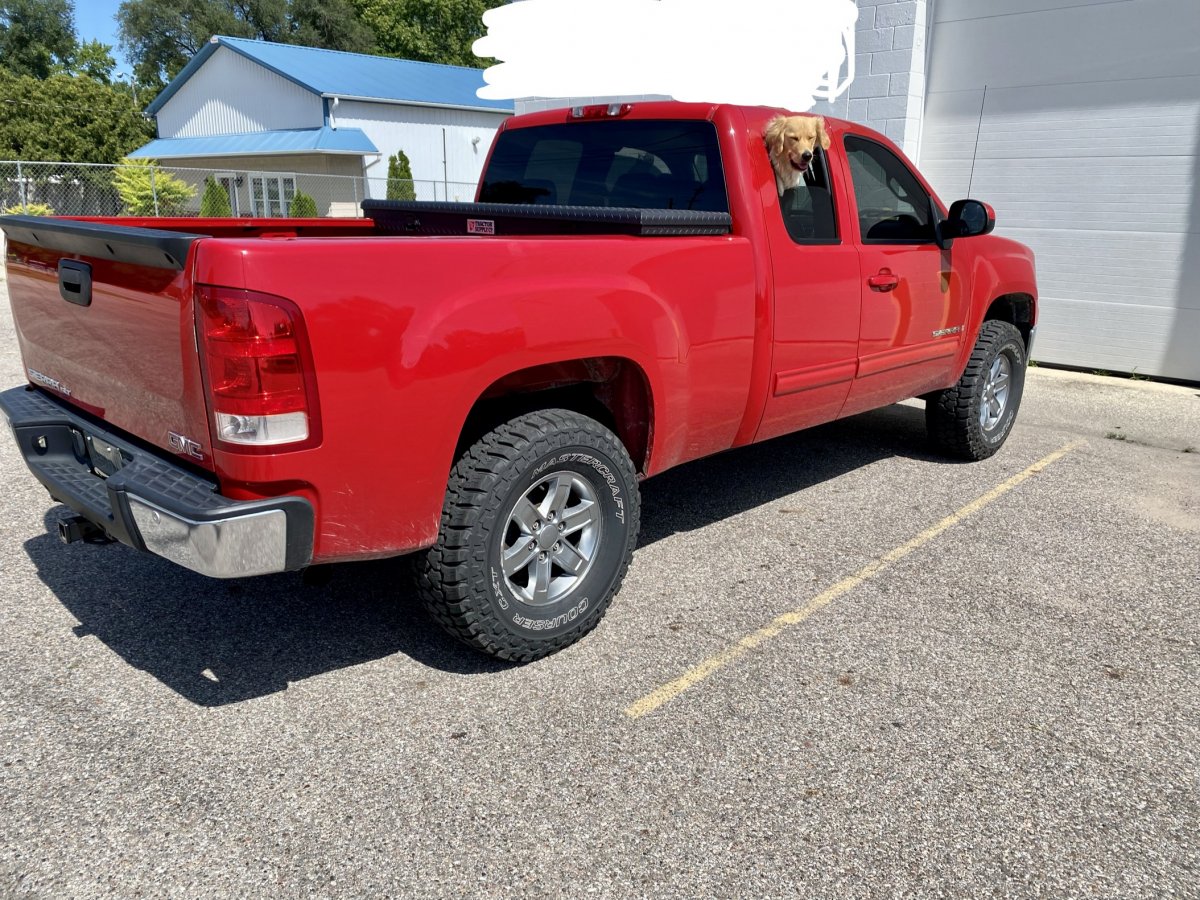 Its got a custom EFIlive Tune by wait4me performance with the AFM shut off so it averages like 12mpg. Has an S&B CAI and a corsa sport muffler. Its been driven by the Mrs more than me since i got my ranger. Needs a front brake job before the Ranger roundup down at the badlands but other than that its been a solid unit.

Nah, its staying in its current form since its my tow pig. Only power adder i might consider is an LSA supercharger but the 60e would never live behind that with 35s lol. Its reliable AF right now and id like to keep it that way.

Thanks. Its GMs victory red.

Can you really "OWN" red?

Dirtman said:
Can you really "OWN" red?
Click to expand...

What if you CAN own a color but you're color blind... How could you own something that doesn't exist to you?

Great there goes another night's sleep....

You said it's "GM'S red"... Meaning they OWN a color... How can you own color? It's not even a physical thing it's a perception of an effect!? It doesn't actually exist!

Dirtman said:
What if you CAN own a color but you're color blind... How could you own something that doesn't exist to you?

Great there goes another night's sleep....
Click to expand...

Who said i was colorblind

Its a proprietary color? No other manufacturers use Victory red.

Great now my nose is bleeding... Here comes a lawsuit from GM...

Bring your goat lawyer. And is it really a "victory" if red means "stop" throughout the world...

Got the brakes knocked out today. Ready to haul to Attica. 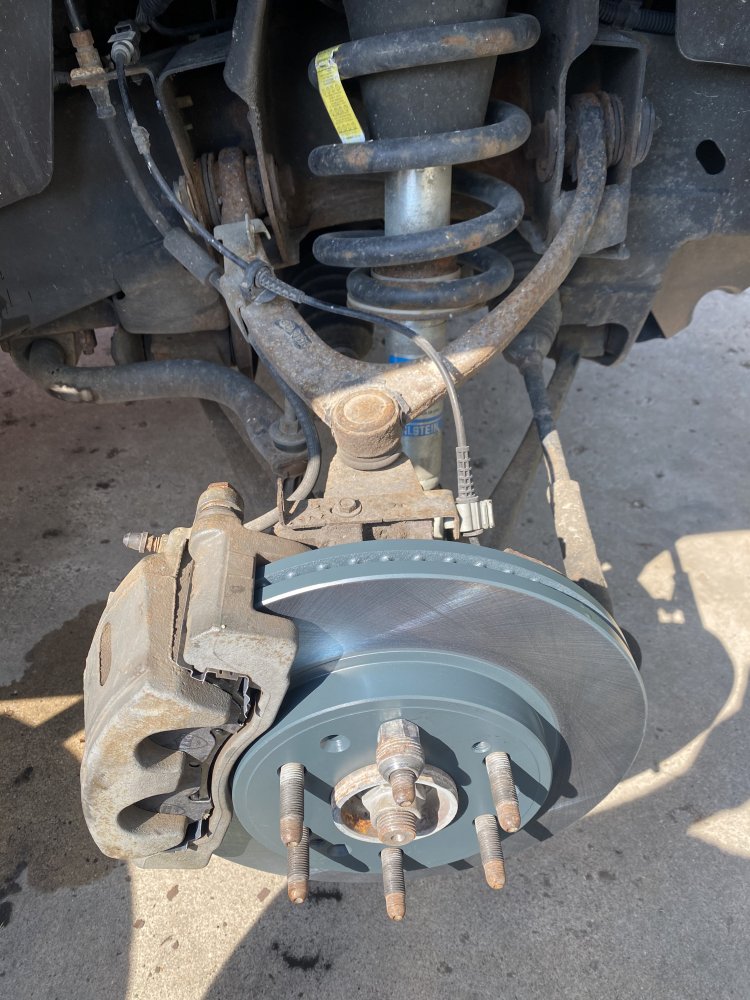