The Summit 600 cfm carb was equipped with 68 jets in the primaries and 73 jets in the secondaries. Whittled those down to 65 in the primaries and 67 in the secondaries. It's close, when throttling it just before the power valve kicks in, it shows 15.4:1-ish air fuel ratio, on a cool NV day. Some tweaking left to do. One concern is I'm at 2500 ft elevation. Death Valley is an hour down the road. Current jetting will probably be too lean for the Death Valley trails.

The ignition timing needs recurved for the Ford engine. The HEI has a standard Chevy curve, with about 20 degrees of mechanical advance. Vacuum advance adds 17 degrees to that. It needs more mechanical advance, about 26 degrees, and less vacuum advance, say around 13 degrees. I haven't checked the vacuum pot to see if it adjustable (yet). For now, I've dialed in 15 degrees initial until I find time to recurve it.

Front driveshaft went in easily. I found a 1310 to 1330 big cap conversion joint for the transfer case end, and a standard 1310 for the diff end. The shaft is installed backwards to help with clearance to the radius arm crossmember. I'll have to drop the crossmember with brackets at some point, something I want to do to allow 33" tires anyway.

Did you butt weld the drive shaft or is it two pieces sleeved over another smaller one? I might suggest sleeving over what you've got if it's just butt welded.

I found that there is a certain size of schedule 80 pipe that works really well for driveshafts. I think it's 2", in any case it it almost an exact slip over fit for some driveshafts... I leave about 6" of the original tube on each end and make it whatever length. It's like 1/4 wall pipe, stupid heavy and strong. Probably impossible to balance but I've had good luck getting it very close with a dial indicator.

It's a butt weld.
I'll check that out. I'm not too worried about balance on the front shaft, schedule 80 should do the trick.
I'm hoping what I have holds through the winter.

Was circling back to some of the threads I had been on last year.

Any updates on this beast??

ford4wd08 said:
Was circling back to some of the threads I had been on last year.

He posted this today:

Hi all! You may remember me from my V8-swapped Bronco II last year. If not, visit https://www.therangerstation.com/forums/index.php?threads/ricks-5-0-c6-swap-1985-bii.188737/ to get up to speed. I've been driving it since the swap. Love the V8 power, hate the lack of overdrive. -Other than a... 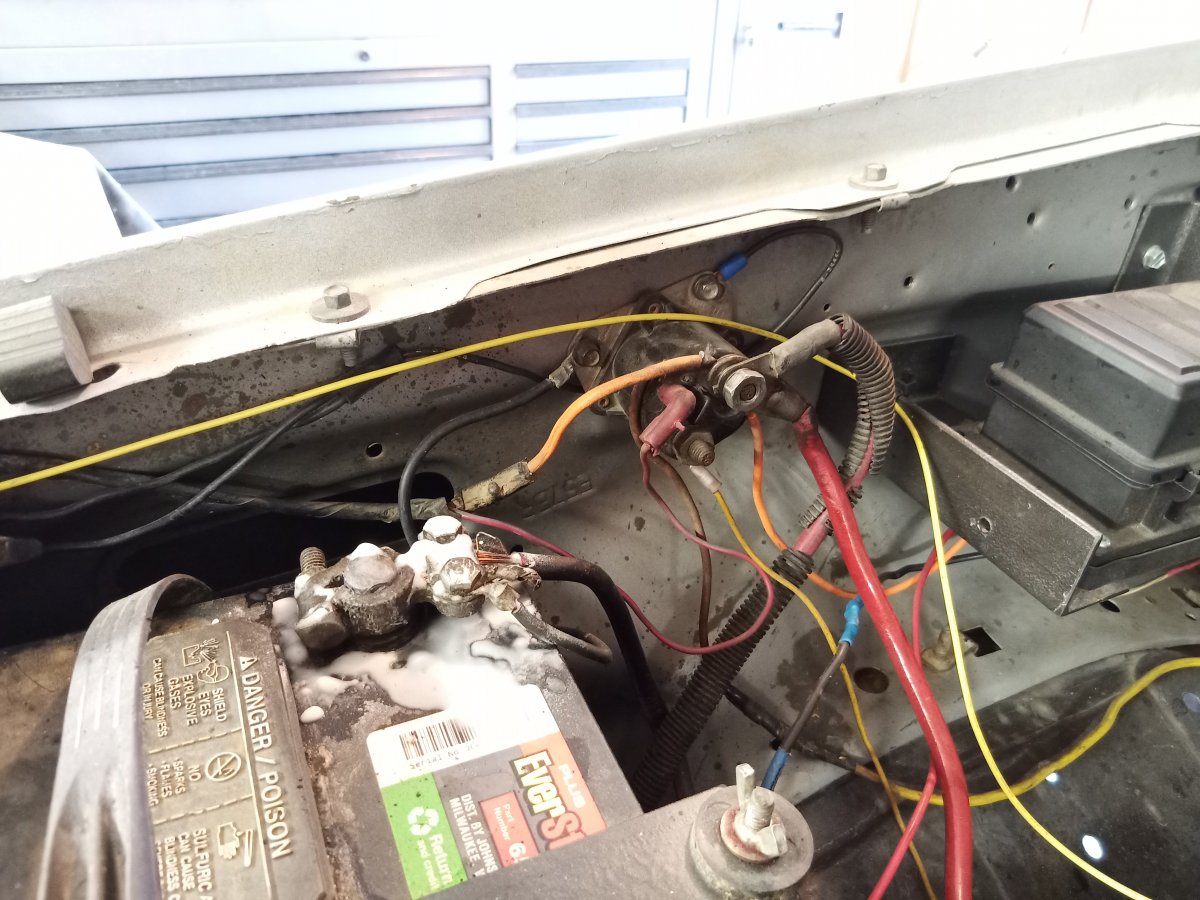 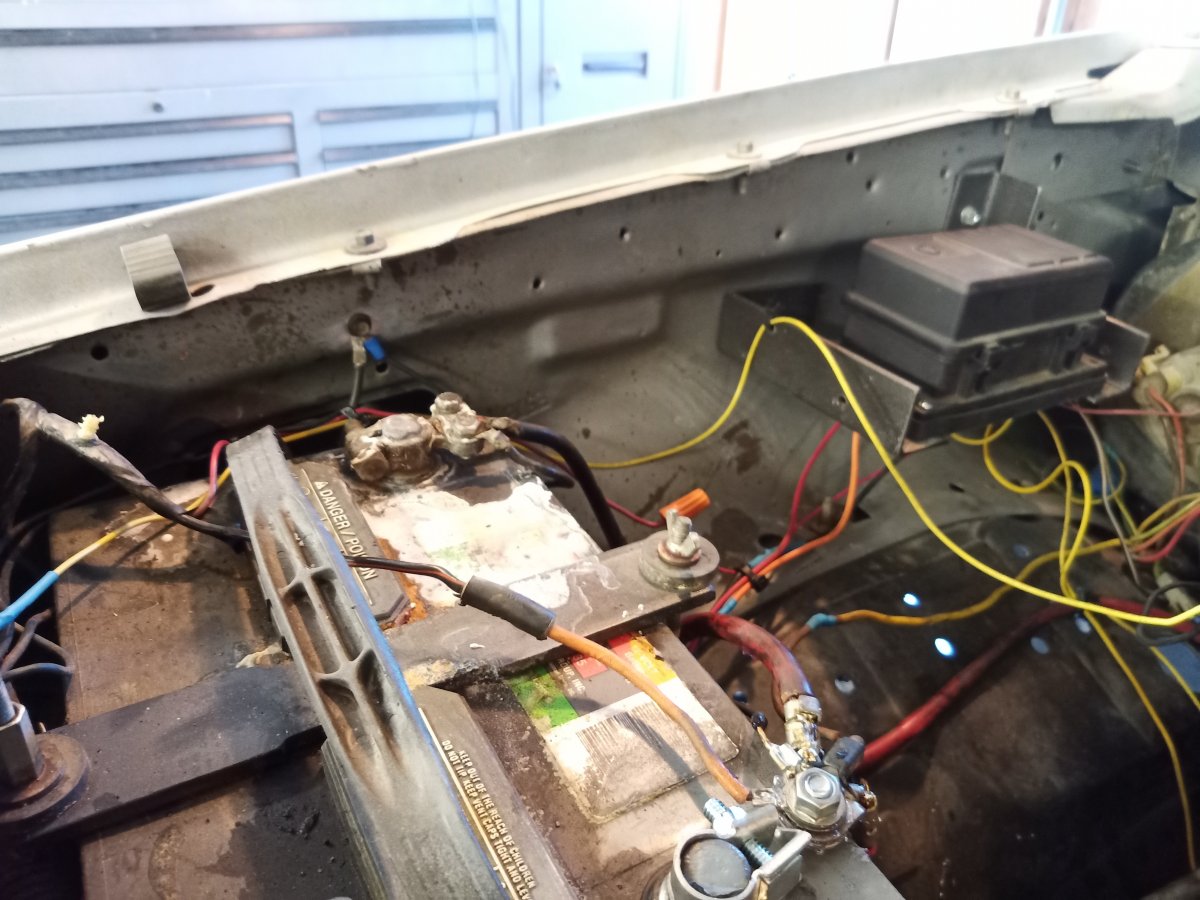 I'm running a PMGR starter, so I figured I could ditch the fender-mounted solenoid. I was partially correct.

I moved the wires from the battery terminal on the solenoid to the positive battery post, then ran the start wire from the ignition switch directly to the starter. Didn't work.

Checked the starter with a Power Probe, engine cranks. Checked the voltage at the start wire in 'crank', had 12 volts. What I found out is the PMGR starter solenoid pulls way more amps than the remote solenoid did.

-Simple fix, I added a 30 amp relay in the fuse box for starter duty. I fused the circuit with a 5 amp fuse and it blew. Upped it to 10 amps and starts now. The PMGR starter solenoid pulls between 5 and 10 amps then...