Back in 2016 I purchased this truck from a guy up in Connecticut. Originally I had planned to tow it with my dads 88 suburban. On the back of my tow dolly. Well just before I left. The suburban blew a brake hose. And I couldn’t get one till the next day. So I borrowed a friend at the times 96 ranger step side. 2.3 5 speed. (Great idea I know)

Many many hours and frustration later. I got the truck back home (stupid long story) I paid 350.00. For it. Both fuel pumps were burned out. No gauges worked. And the spring hanger on the driver side was busted.

So new fuel pump later. Spring hanger. Replaced all the blown fuses. And mounted a new set of tires on it. I had a nice little daily driver that ran great. And was super comfy.

The body was beat. I won’t deny that. But I had intentions of replacing the bed. And painting it. Well everyone at work gave me crap over it. My family hated it. And my boss told me never to bring it to work again. So I got mad and sold it. But I knew the guy that bought it. And knew where the truck was. So I got to keep an eye on it. Here’s some pictures of it when I sold it.

So fast forward to 2019. I happen to be driving past the guys house. See him outside. And decide to stop and talk to him. Turns out he had it up for sale. We made a deal. I slapped a plate on it and drove it home. This is a project for me and my wife. She for some odd reason really likes this truck. And wasn’t too happy when I sold it the first time.

So let’s get to some recent pics.

Day I drove it home.

Now after some much needed washing.

Switched out the broken explorer buckets for some mustang seats I had in storage. Eventually I wanna put the deluxe bench seat back in. Once I find one in good shape.

And since then. I’ve mounted a new set of cooper tires. Did some clean up on the body. Did all 0awg upgrades. Installed my 4 channel amp. 6.5 components. 12” sub. And mono amp. Also did some underdash lighting.

Also redid the nasty exhaust. It’s 2.25 off the manifolds. True dual into a pair of flowtech red hot glasspacks. And duals our the back. I need to swap the heads and redo the upper end of the engine. Hence the smoke.

May have also picked up a new heart for the old girl..... 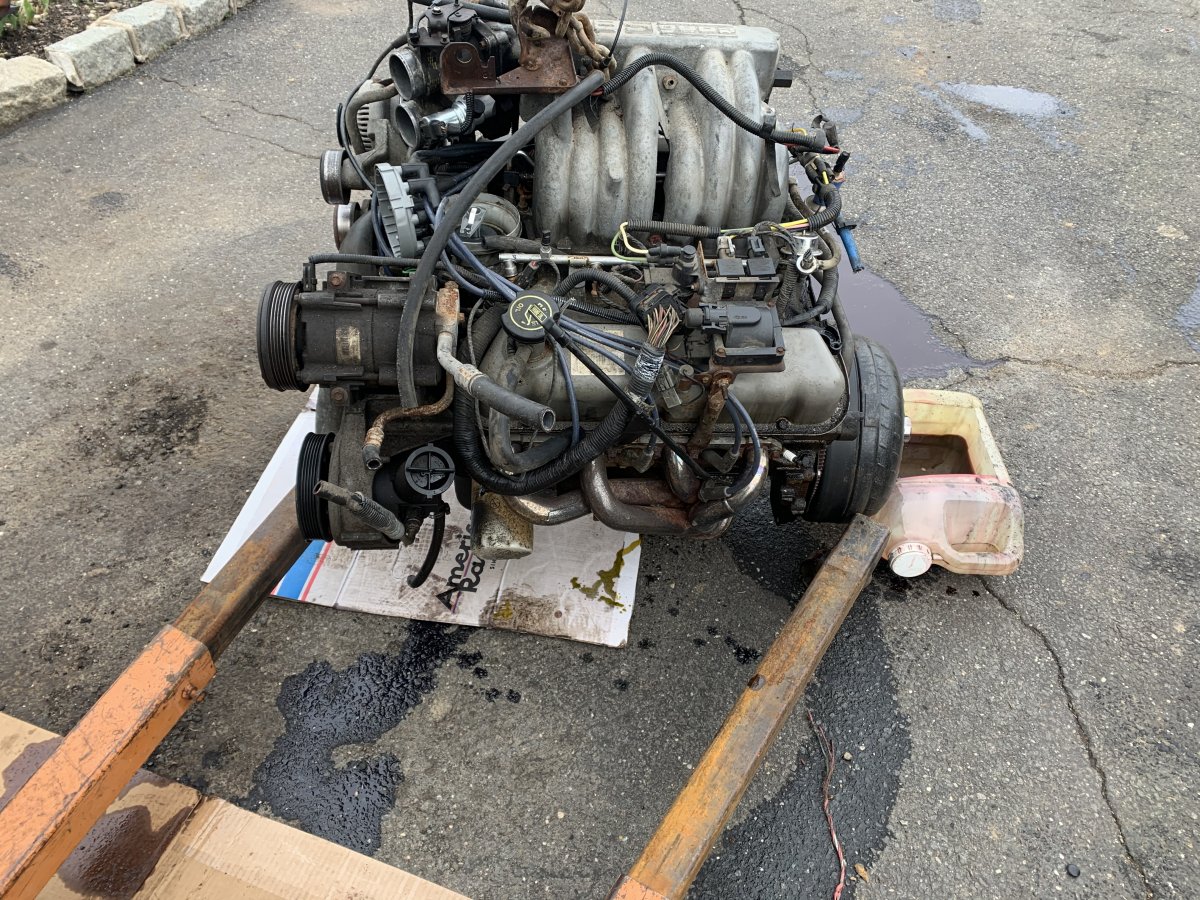 Just curious will the stock ECU run the 5.8 or did you keep that as well?

My 95 302 shares the same firing order as the 351. And its maf. So it should run the 351 just fine. But I did save the entire harness. And ecu from the bronco just Incase I have issues.

Finally got around to replacing the dash pad. Got some cheapo floor mats from Walmart. And just did a little cleaning overall. I’m really loving this truck again. 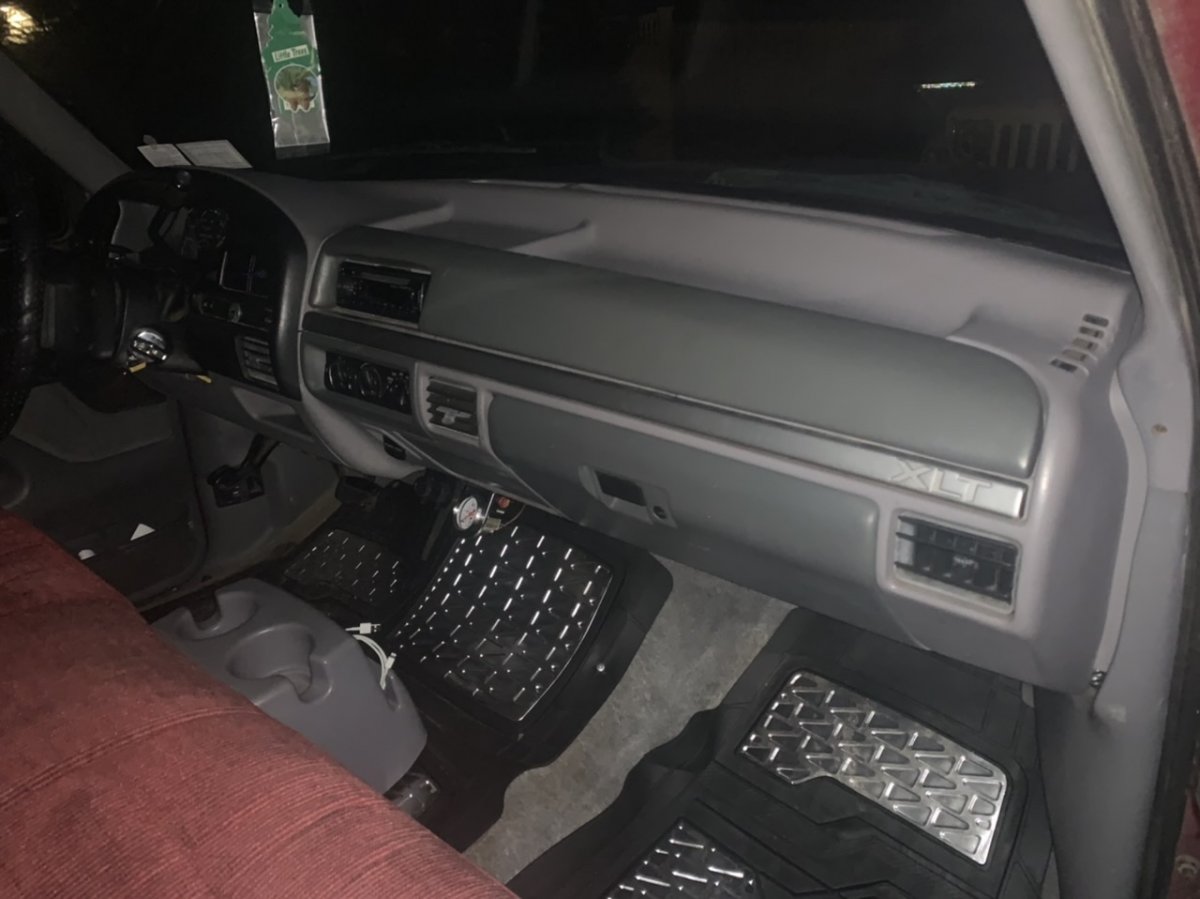 So while I was getting parts off the bronco I’m parting out. I noticed the shocks looked fairly new. So went ahead and pulled them out. Painted them. And installed them on my truck.
I’d say my old ones were pretty much done 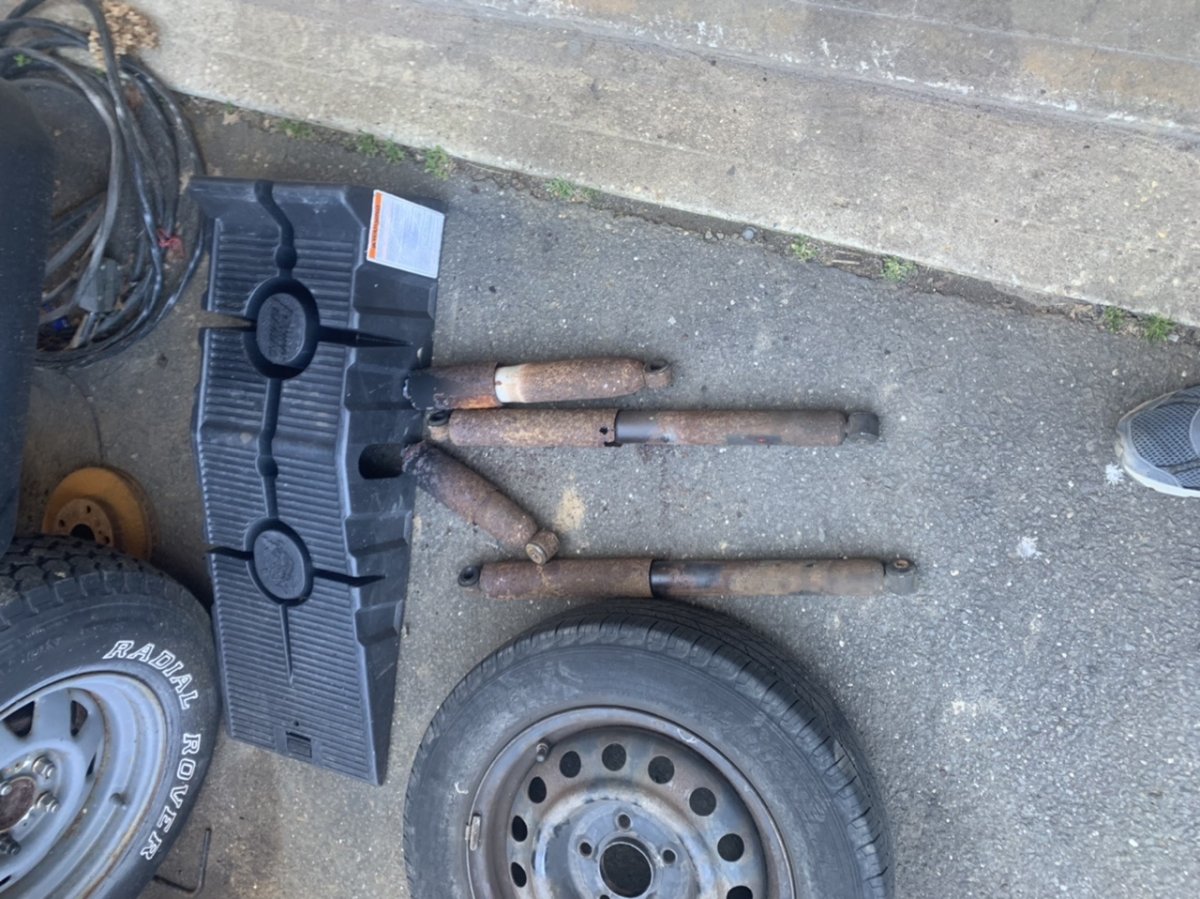 “New to me” shocks cleaned up rather nicely 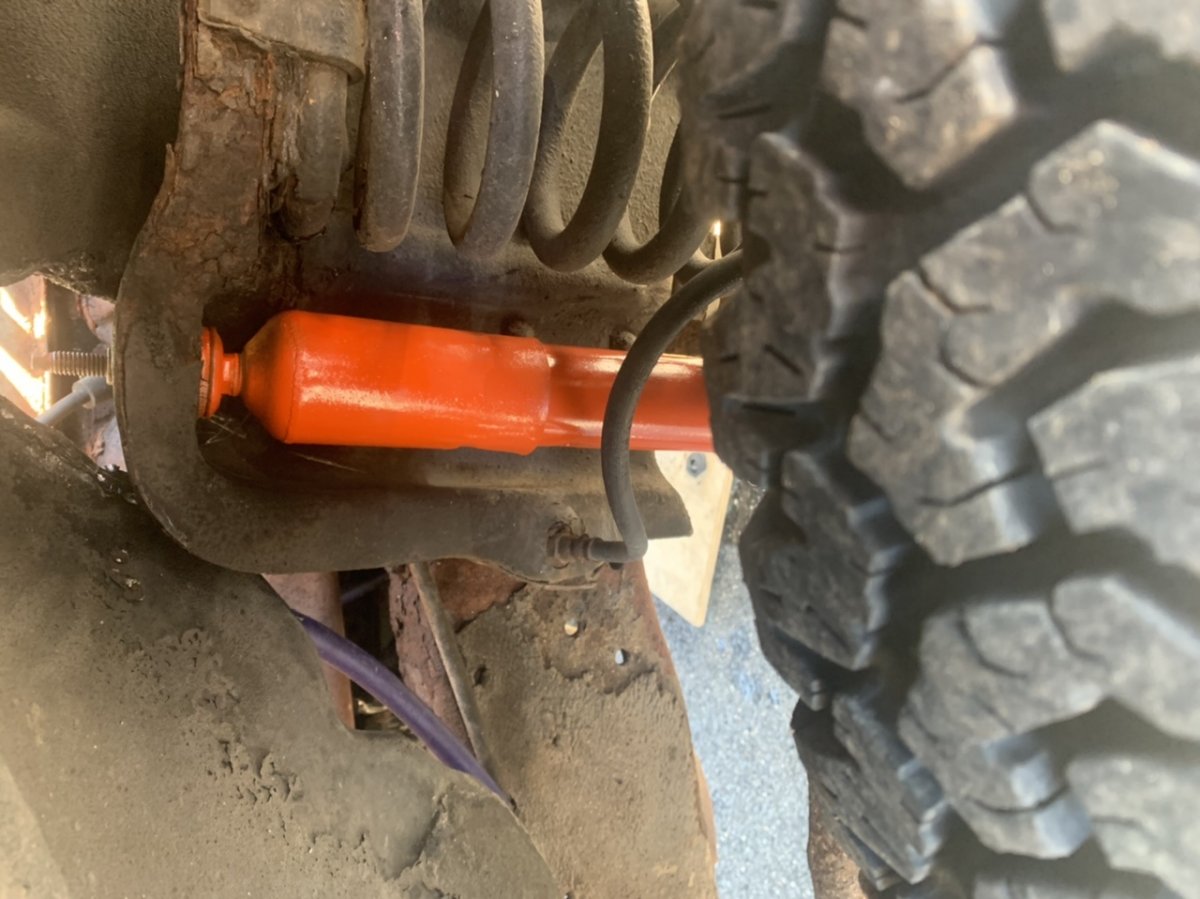 That don't look so good bro...