I'm very much amateur in terms of doing a makeover of any vehicle since I hadn't actually done it before. Still, the project was, at times, fun, frustrating, confusing, and exhausting. I think it took me many times longer than it should have. In the end, I'm moderately pleased with the results. There are a few things I wish I had taken more time on or done other things. Since it's my primary vehicle, I couldn't have it laid up for too long.

The seats were both from a wrecker, two Rangers side by side which made it easier. It was actually the third set I had pulled. The first set was from an Explorer which I thought would fit based on what I read. No can do. The second set were buckets from an early 2000 Ranger. They fit, but they did not have the same restraint system so I felt better to not try. I still have them. Maybe someone will buy them. Seats for $20 each.

I think the center console came from a Ranger, but I don't really remember. The back window came from an earlier Ranger. Again, both these items from the wrecker were $20.

The head unit is an ATOTO A6. Bought it at auction.

Both the heated seats and power locks were from Amazon, as were the USB replacements for the cigarette lighters. I had actually ordered some from Aliexpress at the end of July, they never arrived. Worked out for the best as the outlets on the left side connect directly to the stereo which has a few USB ports.

The internal paint was SEM's plastic and vinyl paint. The grey is Presidio, the black is called Landau Black. The exterior white on the box is peelable paint, I'll fix that in the spring. 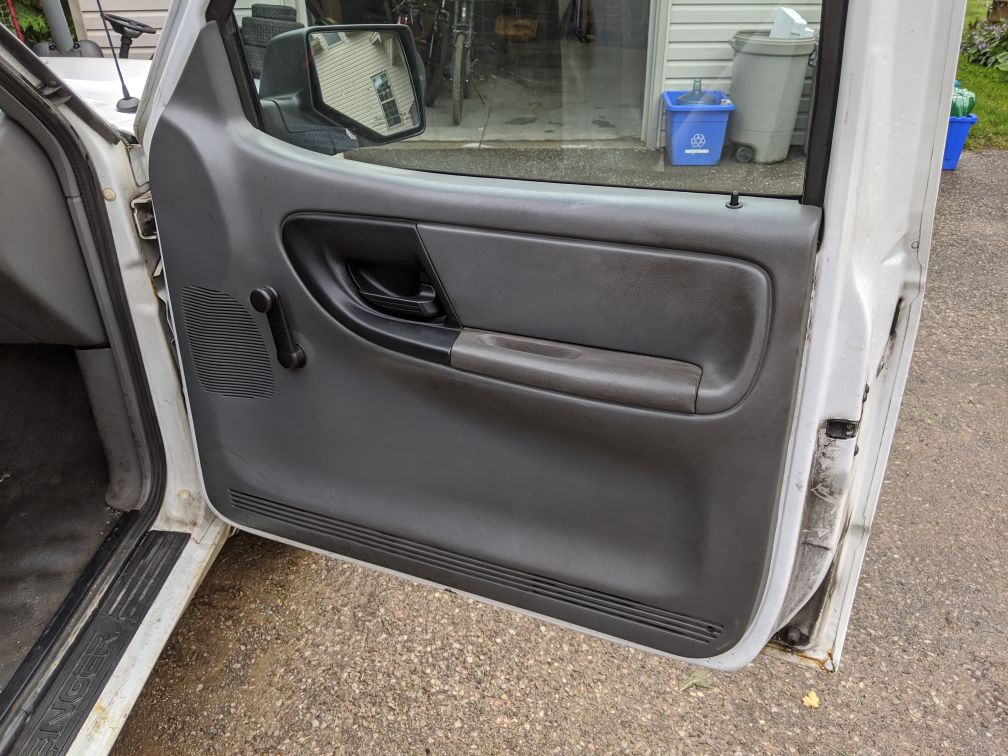 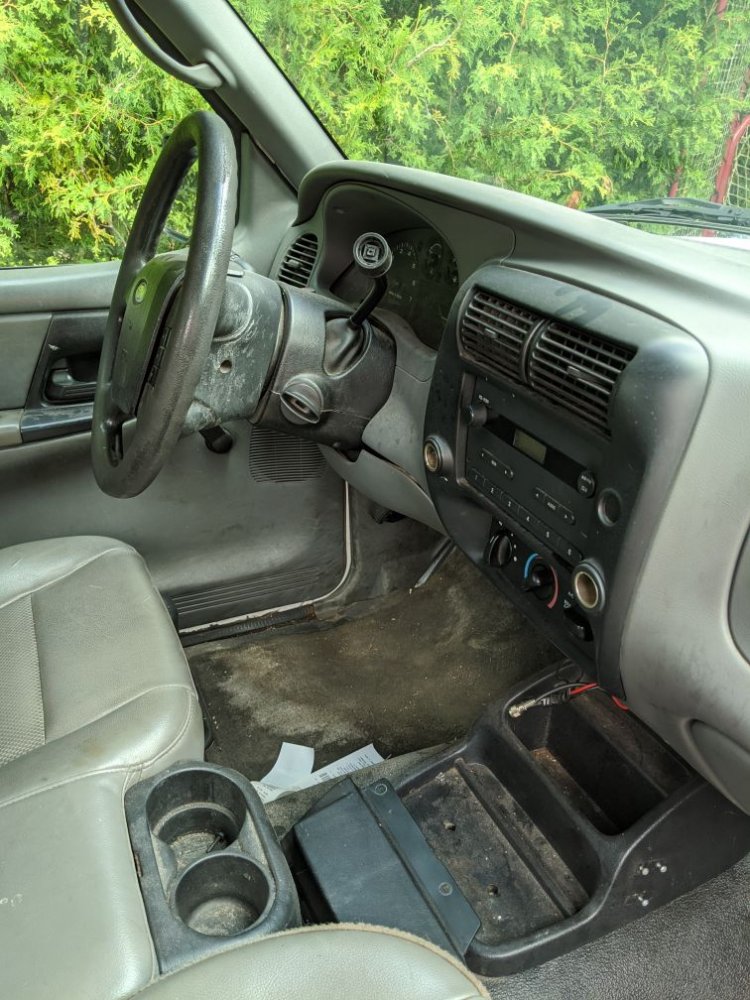 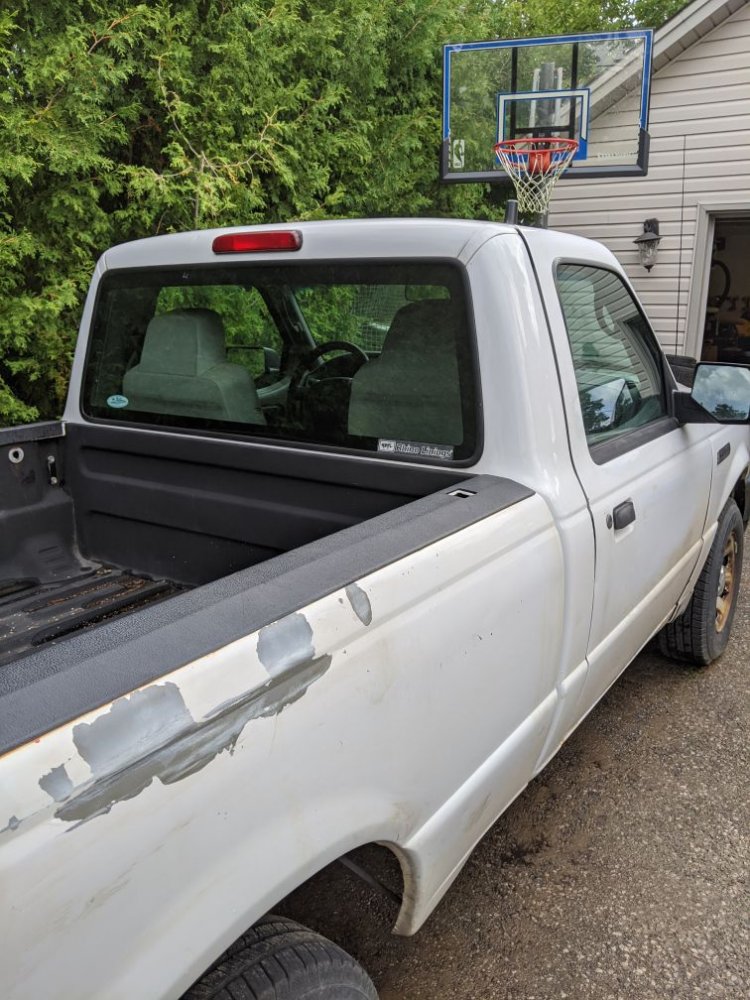 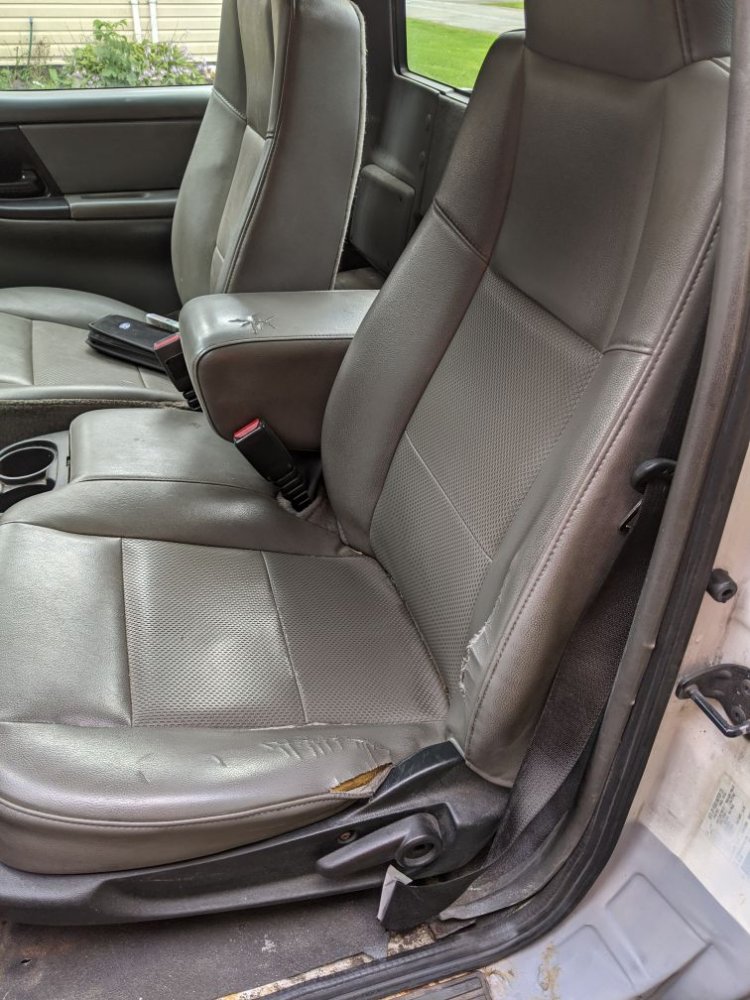 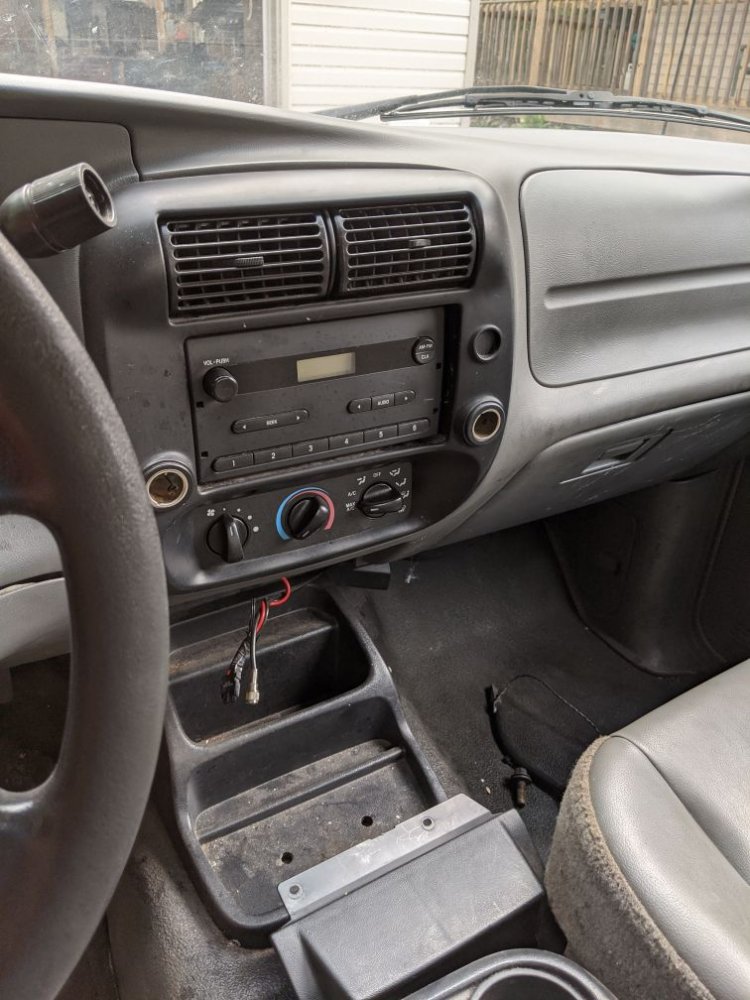 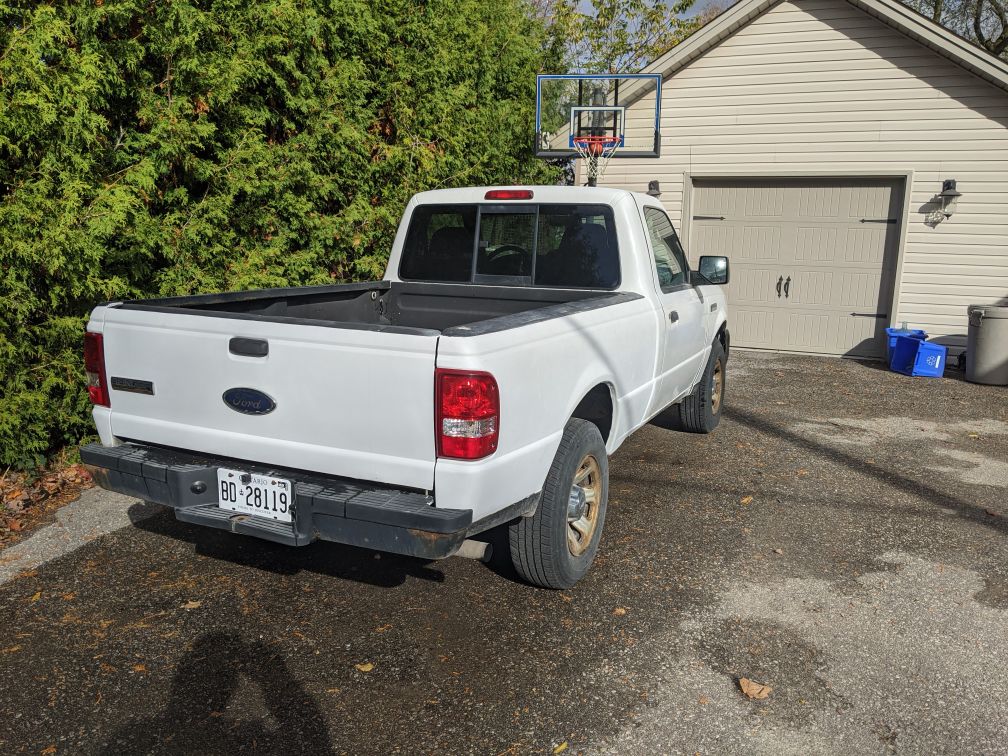 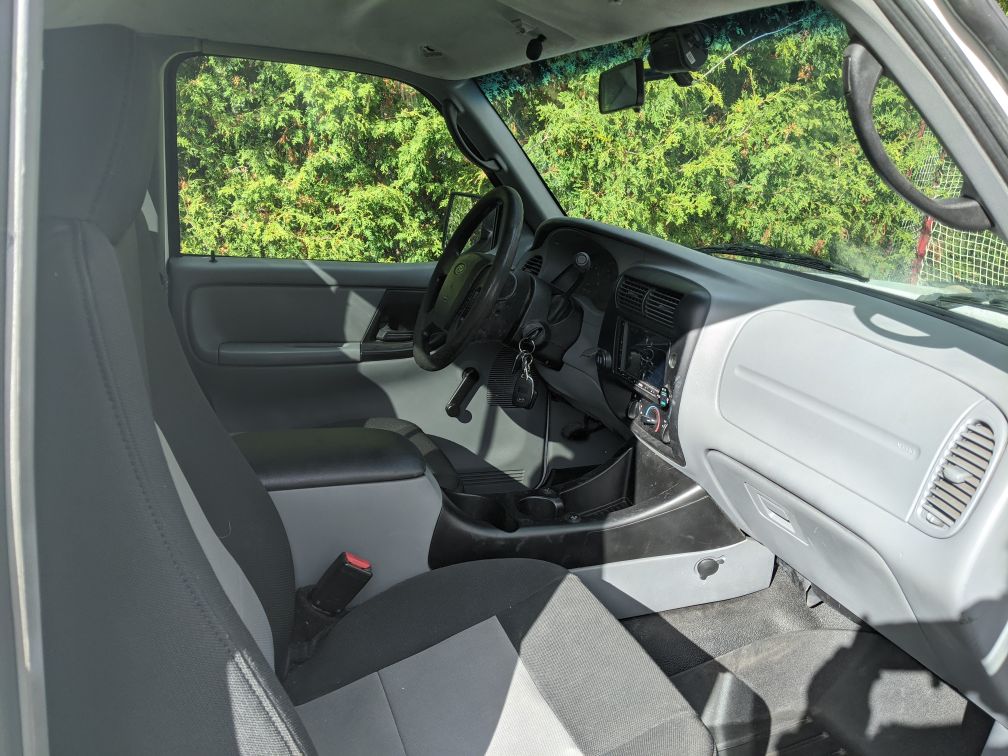 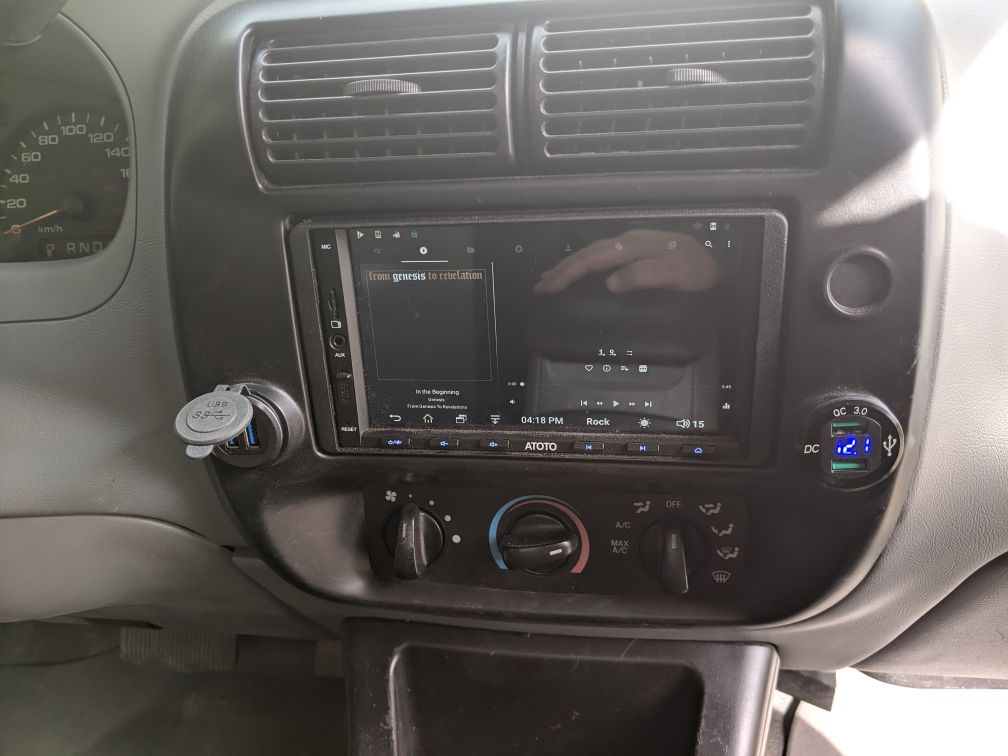 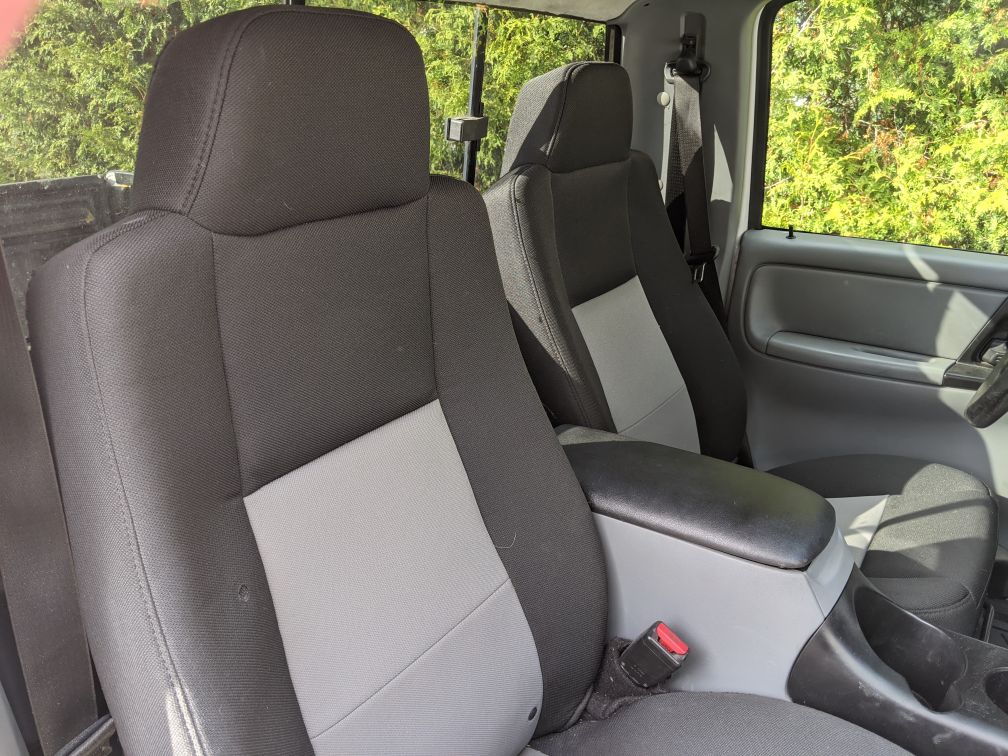 Sorry. I tend to drift away from forums sometime and it becomes somewhat infrequent

The stereo is an ATOTO stereo that runs Android. I bought this particular one at an auction, but it's readily available through Amazon or Aliexpress if you're feeling adventurous. It's a simple installation using the Ranger wiring harness and dash mount fascia.

It has wireless and GPS. You can either install GPS maps or use Google maps using a phone as a hotspot, but the stereo does come in 3G and 4G, so you can set it up with a sim. I use my phone as a hotspot and it generally works pretty well though mine seems to have issues right now that I'll address when it's warmer. I ran the WiFI and GPS antennas up through the headliner. It also has a backup camera which I ran through the floor.

Right now I only have two front speakers with it. I do have some for the rear, but that'll happen when it's warmer. I could put in the garage but it's not heated and currently isn't enough room with various things that get dropped off in the garage over the winter.

It is, by no means, high end. Still, it does a decent job. I have a 256GB microSD card in it for my music, though it also has a few USB inputs for USB drives.

I replaced both cigarette lighters with USB outlets. The one on the left is connected to the stereo USB inputs, the one on the right is for charging. I do have a cigarette lighter outlet in the center console. I rewired the USB outlets so that they're not 'always on'. Don't understand why you'd one an outlet always on in a vehicle. I also have a dashcam wired directly to the fusebox using taps.

This past week I had to replace the exterior handle on the driver side which, based on Google, is a common issue but now my power lock isn't working properly. Never seems to end.

I do have an issue with the doors not sealing properly but I'm hoping to get a chance to bend them back into place, failing that adding some additional weatherstripping.

Thinking about it now, I know I have to fix the blend door motor. I should take it out and see what is wrong. If it's a bad gear I should be able to 3D print one.

Thanks Weasel for the outline. This helps me have an idea of the road map that I have been on. The blend door was say....an interesting adventure right in my own driveway.

My drivers side door also had a bit of wind noise. I found a body guy that operated out of his garage, he bent the upper door back in place in 5 minutes. Now I have to remove the bump stop I had installed to get the door to stop rattling. Your GPS / stereo install is really cool. The maps function would be nice with out a cell phone, but on the road, extremely cool. Well done Sir!.