A clogged injector will cause that cylinder to run lean while the others don't. The ECM adds more fuel because the O2 sensor is detecting the lean cylinder, which explains the smoke from the bad cat gasket (unless that has been replaced). The O2 sensor doesn't kick in until after the engine has warmed up, which is why it runs better (or did) when it's cold. Mine ran better when it was cold and when the ECM had been freshly cleared. I even installed a battery kill switch so I could reset the ECM by just turning the switch. Then I finally replaced the injectors, as I mentioned in post #2. Problem solved. But even so-called "rebuilt" injectors can have problems, as I had problems with the injectors I got on eBay. I got fed up and bought new Accel injectors with a 30% discount at Advance Auto and that solved the problem. If buying rebuilt injectors, get them from a reputable shop. Use caution when buying them on eBay.

Old injectors can be bench tested and/or cleaned before buying new ones as well..

PetroleumJunkie412 said:
Alternator, power steering, and air conditioning if equipped. Anything that's belt driven off the front of the engine.

All you need do is slack off the tensioners and remove the belts
Click to expand...

Bird76Mojo said:
Old injectors can be bench tested and/or cleaned before buying new ones as well..

@Paulos
@Bird76Mojo
So vote here... I get that it could be injectors but should I buy a O2 sensor FIRST? I did disconnect the O2 sensor and it didn't change anything. Not sure if that matters or not. Anyway.... What do you all think? Thanks again fellas!

My credo
Fords and Drums

Its sounds to me like the o2 sensor is contaminated due to cutting off the o2 Cats. its very sensative to metal shavings and debris in general. I had this issue and put in a known good o2 and it cleared up. I'm also pretty sure that your computer runs in open loop until a certain temp then switches to closed loop. Which is the loop that it utilizes the o2 sensor. Open loop is just a preprogrammed set of variables.

The weirdest thing is that there are no codes stored. It should store a code if the O2 is bad, as well as numerous other sensors. It's up to you what you want to replace next. Maybe replace the cheapest parts first? (I hate doing things this way, that's why we were trying to diagnose it methodically earlier on)

O2 sensors used to be around $20-$30 or so, not sure on cost these days. You can always look up a 20% off coupon for Advance Auto online to save a little cash. Here's one: EM209ANS


All I can say is that if it was my truck, I think I'd try an O2 sensor and if that didn't help, then I'd try a coolant temperature sensor (ECT).

@Bird76Mojo
There was the code 41 I posted earlier in this thread.. 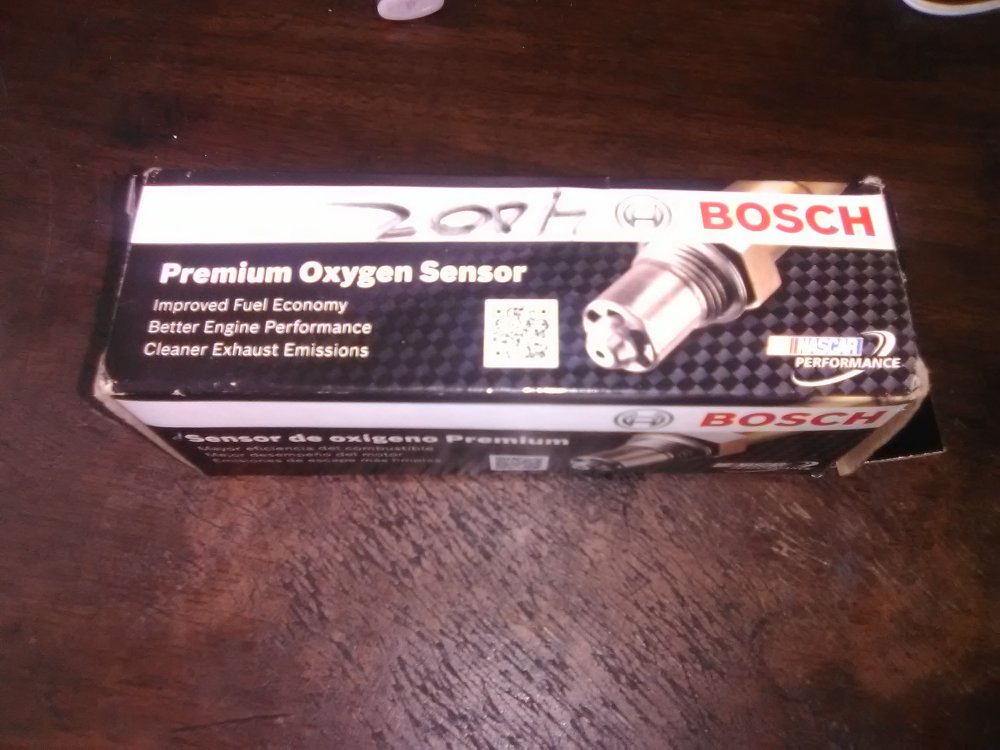 Well I got this one. Costed $45 but we shall see. I will report back to you all.. Thanks again fellas!

This guy had the same symptoms and code 41, and he changed his fuel pressure regulator and it fixed it. BUT, as MAKG responded in that thread, it could be tested before buying a replacement. To see if the pressure leaks down after sitting for a while.. Read through his short thread: https://www.therangerstation.com/forums/index.php?threads/11mpg-and-code-41-fixed.16275/

Normally when the FPR fails there will be fuel in it's vacuum hose. But it seems to have fixed his issue that sounds a lot like yours..


Anyway, let us know if the O2 sensor changed anything.

Other thing I'd start watching for is a ECM. This is starting to sound like a ghost.

@Bird76Mojo @PetroleumJunkie412
Well fellas... Looks like it was the 02 sensor. Drove it for a while and didn't have the symptoms. Not sure what the pick up in these trucks have as this is only one I've ever owned but the pickup seems to lack. But the oil light at a stop was flashing sometimes. The RPM'S stayed right around 800. Any clue on what this could be? Thanks again guys for all your help!

Good to hear! Sorry I put you through all of that nonsense though.

As for the oil light coming on, you might check the wire connection on the side of the oil pan. It's a single wire with a push-on slip fit connector. Sometimes those connectors get wallowed out and fall off or make a bad connection. You can squeeze them lightly with pliers to tighten them back up.

Just be real sure that it hasn't leaked all of it's oil out or something. lol

CzyRanger said:
@Bird76Mojo @PetroleumJunkie412
Well fellas... Looks like it was the 02 sensor. Drove it for a while and didn't have the symptoms. Not sure what the pick up in these trucks have as this is only one I've ever owned but the pickup seems to lack. But the oil light at a stop was flashing sometimes. The RPM'S stayed right around 800. Any clue on what this could be? Thanks again guys for all your help!
Click to expand...

There's two oil lights, one for level and one for pressure. Which one is coming on?

Someone will yell at me for saying this, but I always keep mine a little overfilled by 1/2-1 quart. I just top off rhe oil change with whatever snake oil enhancer I'm using that month.

O2 makes sense. I still am suspicious of your ECM.

I didn't even give any thought to the oil pressure dropping at idle and causing the light to come on. It certainly shouldn't do that but.... Anything is possible I guess. Definitely an odd issue there.

I run everything just a tiny bit over-full as well.

@PetroleumJunkie412 do these vacuum hoses look like they're plugged in to the correct places? I seem to remember having trouble on my old 89 Ranger with these two hoses.. Maybe it doesn't matter? 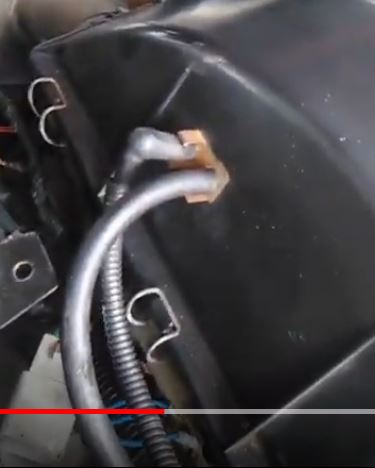 @Bird76Mojo @PetroleumJunkie412
Well fellas... Looks like it was the 02 sensor. Drove it for a while and didn't have the symptoms. But the oil light at a stop was flashing sometimes. The RPM'S stayed right around 800. Any clue on what this could be? Thanks again guys for all your help 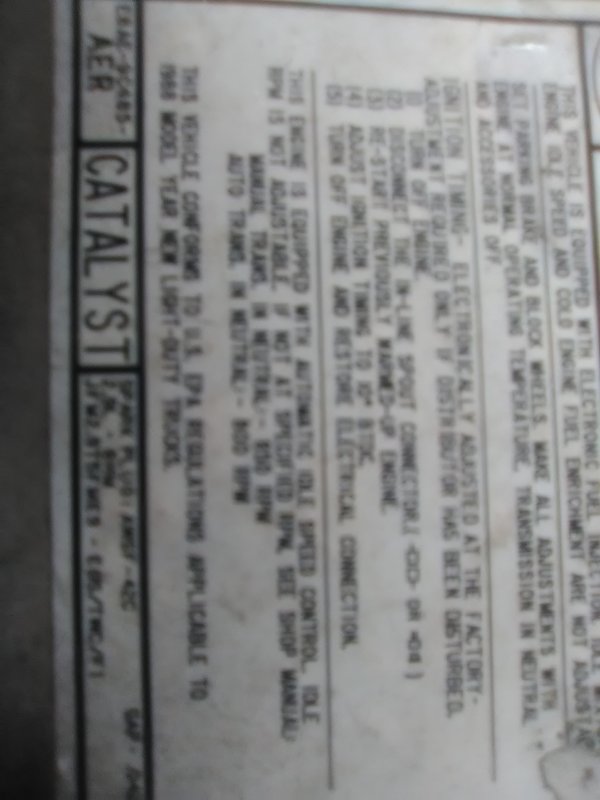 @PetroleumJunkie412 @Bird76Mojo
Also wanted to add that the one wire sensor on the drivers side back of the oil pan is disconnected. I'm guessing that is the reason for the blinking oil light and this is the one that comes on...