'86 Ranger, The "Dank Tank" or "A Craigslist Failure Story"

We need a separate forum for these. Not a 4x4, not a mini truck... Just a guy building up his Ranger!

This has been a long time coming! I bought the truck in October from an old man who was trying to fix it up. He took me for a ride and I was satisfied. And before you ask, yes, I bought a 5-speed truck and did NOT know how to drive a manual! We transferred the title and a friend attempted to take it home for me. I think the title of this thread says everything...

I'm following my friend home when he pulls over and opens the door, letting smoke out of the cabin. At this point I couldn't feel worse. I'd been scammed and my buddy paid the price by inhaling that smoke. I get the truck towed home and take to a nearby mechanic. Both head gaskets are bad and both heads are visibly cracked. The old bastard used some cheap gasket sealer that failed hard under load. the old engine couldn't be saved.

Fast forward to January and I've found an '87 V6 from a BII and get it swapped into the truck. After 3 months, I finally get to drive her the whole way home as well as learn to drive stick

Now I can drive her like a natural, and I've made some small mods, like a new shift knob.

The knob it came with was glued to a shaft that was clamped to the shifter. All the adhesive dried up and fell off so it just rattled and never stayed on.

Now you might ask why I even considered a cold air intake. Well, it was either that, or keep this tape monster in the truck...

And It's nearly impossible to find a replacement. The new intake also came with an impromptu EGR delete. The valve is still there, but it's not plugged into the harness.

Because of the smoke fiasco, we now call her the 'Dank Tank.' She runs like a dream! To the old man who tried to scam me with this truck...

So, I've just torn apart my poor Ranger in order to make room for a lift kit...

I've gotten the U-bolts and the shocks off. I was forced to stop late last night because I didn't have the means to lift the rear end to fit the blocks in. I'm about to go on a hunt for something to lift the truck off the axles.

BTW, the lift is a 4" Rough Country kit.

If you use the advanced reply box, you can paste a copy of the url into the "mountain" button and everyone can see your pic without clicking a link. 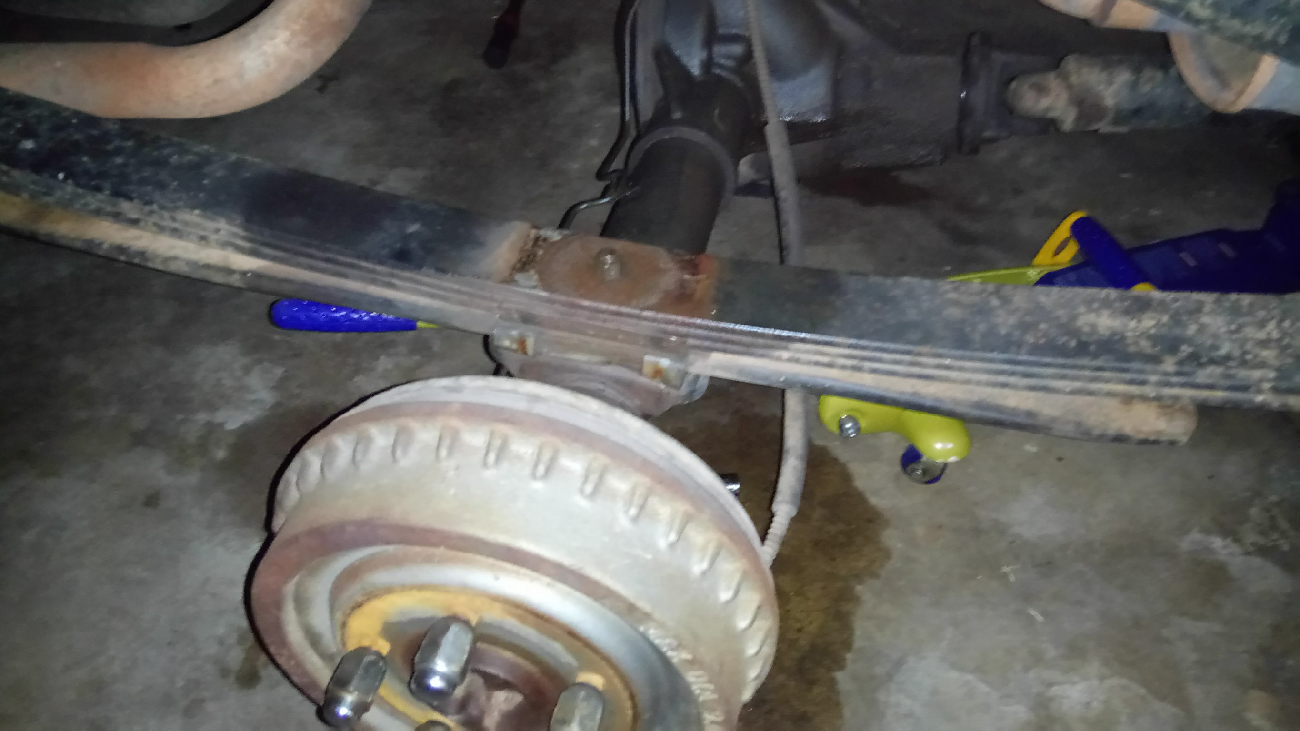 My credo
Shit Happens...Then You Die.

Congrats on getting the truck running. The world is full of less than reputable dickwads. Now that you've figured that out, you now know to keep a skeptical eye out for cons.

Build the truck you want! Enjoy the process and always do things safely. Welcome!

Doofy said:
Congrats on getting the truck running.
Click to expand...

Thanks, friend! I love my Ranger, and I'll keep her chuggin' along for as long as I can!

On another note, I managed to finish the rear end. 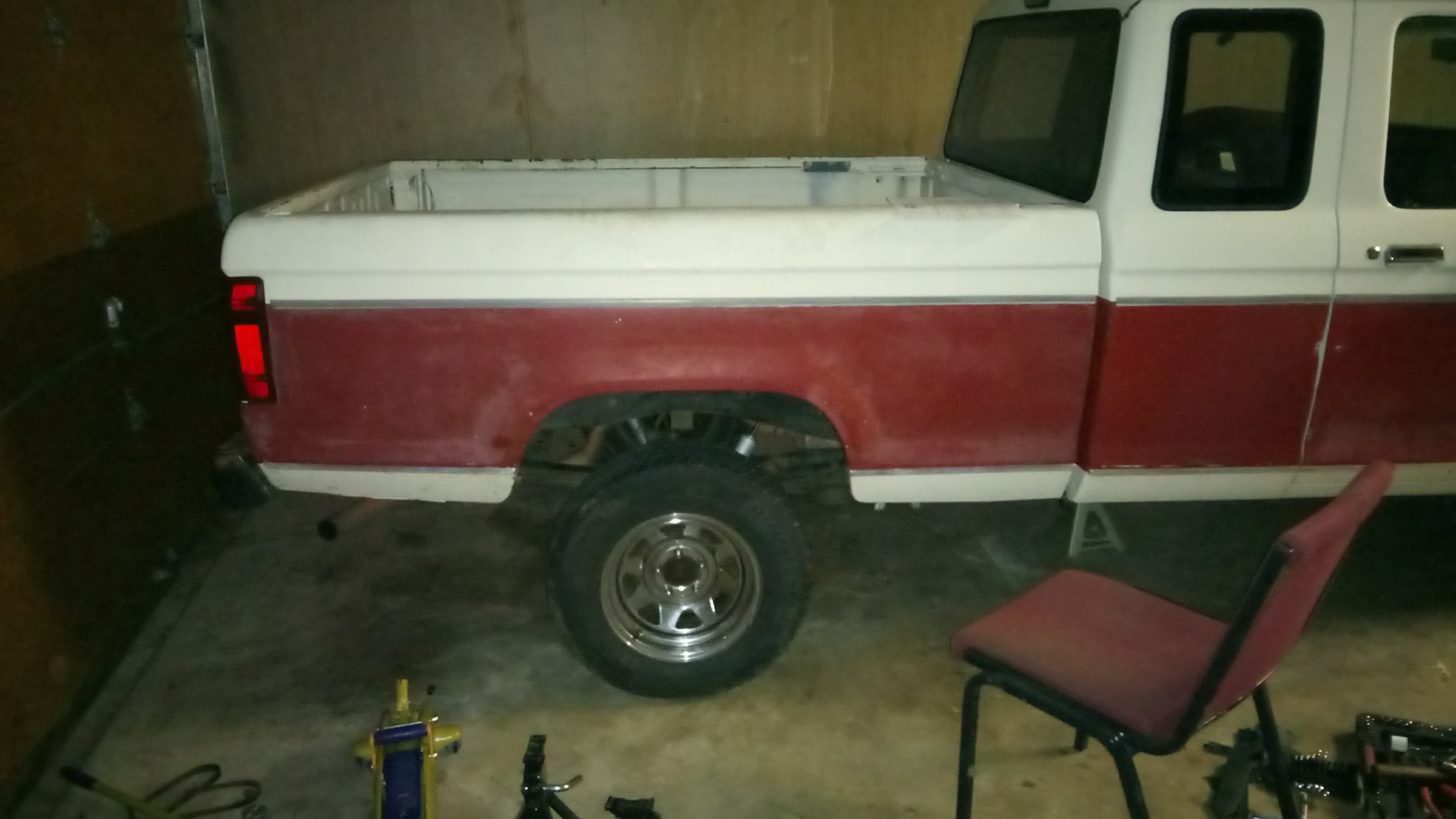 The whole truck, Ignore the mess: 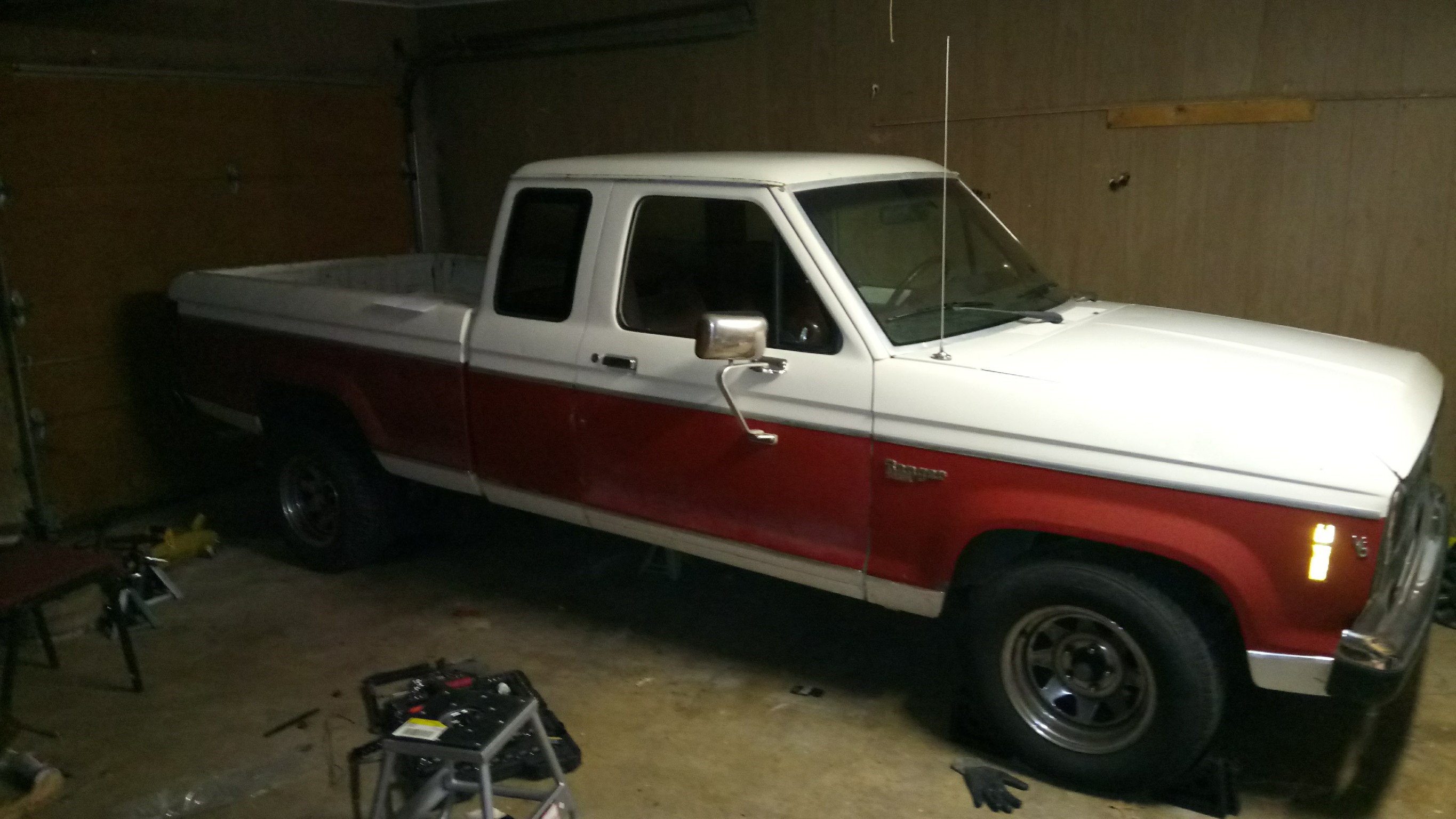