3.0 engine failure: how to prevent it?

Going to purchase a 2007 Ranger with a 3.0. Yeah, I'm aware of the engine failures, and I believe I know how to prevent it. The only time the cam sensor comes into play is starting. Therefore if the gear that drives it and the oil pump fails, engine will not stop like with a distributor. On some motorhomes and large trucks with the 460 carbureted engine and electric fuel pumps, Ford had an oil pressure sensor that shut the fuel pump off if the oil pump failed. Don't know why. A few small GMs, like Chevy LUV, had a similar switch. I propose installing one of these on the 3.0. Don't know if it would be the right resistance for the Ranger warning light, but you should be able to find a plug somewhere to access oil pressure. Then wire it up so it shuts off the fuel pump or ignition. This is what I believe actually happens: Ford has always had a problem with a small piece of dirt seizing up the oil pump. This causes the distributor drive gear to shear. The cam gear is driven in a similar manner. A piece of material the size of a flake of tobacco will do it. Usually part of the rubber valve seals breaking off. You just take the oil pump apart and clean it. Of course with a complete engine failure, no one inspects the oil pump. I think this would work. Surprized Ford hasn't done it themselves. For those of you not familiar with how this works, the oil pump is driven by the distributor. There is a shaft from the bottom of the distributor to the top of the oil pump. If the distributor gear fails for any reason, the oil pump stops working. Of course with a distributor failure would cause an immediate shutdown. What Ford did on the electronic 3.0's is basically cut the top off of the distributor and stick a cam sensor atop it. The only function of the cam sensor is to establish TDC on startup. The crank sensor then takes over. As I said, most of the gear failures I have seen were actually caused by seized oil pumps. So the engine keeps running merrily away until it burns up from lack of oil. Hope this helps.
Last edited: Aug 30, 2019

You can purchase a oil filter sandwich for your 3.0 from a place like Glow Shift. It goes between the oil filter and the block and gives you 4 ports to tap into oil pressure. The sandwich is made just for your purpose. I installed an oil pressure switch in my 05 Ranger's dash and used the sandwich to access my oil pressure. Works great! 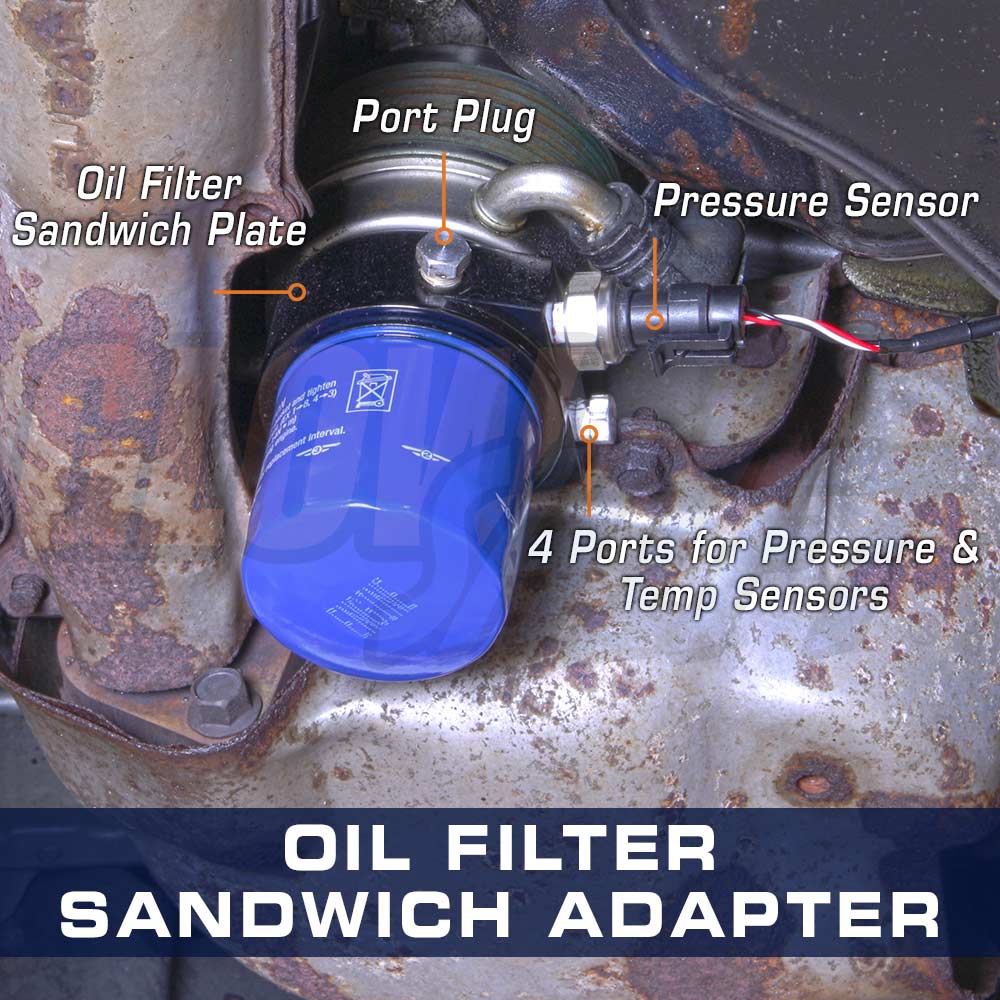 Got a link for that??

My credo
It was like that when I found it.

Amazon has them in all sizes. I need to order one too. Actually two, one for the Ranger and one for a project.

I did one on mine awhile back. Nice piece.

Neat. Have a really nice trans cooler I picked up off mightyfordranger. Looks like I'm putting it to use.

PetroleumJunkie412 said:
Neat. Have a really nice trans cooler I picked up off mightyfordranger. Looks like I'm putting it to use.
Click to expand...

These adaptors can't be used for a an oil cooler. All ports are exit... no return.

Uncle Gump said:
These adaptors can't be used for a an oil cooler. All ports are exit... no return.
Click to expand...

Maybe... you can route the outlet of the oil cooler back to the valve covers to a drip rail to lube the valve train? Kinda kidding... but kinda not kidding.

Uncle Gump said:
Maybe... you can route the outlet of the oil cooler back to the valve covers to a drip rail to lube the valve train? Kinda kidding... but kinda not kidding.
Click to expand...

Lol, high volume oil pump and cleaning up my rocker shafts fixed most of that. Now if only @farmer would drop a package in the mail... ?

Uncle Gump said:
Maybe... you can route the outlet of the oil cooler back to the valve covers to a drip rail to lube the valve train? Kinda kidding... but kinda not kidding.
Click to expand...

I dunno, introducing some kind of lubricant into the valve train of a 2.9 might cause it to go into shock!

Something else to keep in mind with the 3.0's both with a distributor and a sensor is the bushing in side the distributor/sensor base have a tendency to wear out and allow warble and cause more friction. This extra friction can cause the set pin for the gear to shear or even cause the gear to break causing either a shutdown or no oil situation. The squeal noise made from the bad bushing sounds a lot like the belt slipping at first so it can go overlooked for a long time till it gets a metallic squeal sound then it is much more noticeable as to what it is. The main issue here is that because it sounds like a belt squeak people say OK no big deal and put it off for a while and don't realize it is actually the bushings in the sensor or distributor.

My distributor chirped like a belt and once in a while it would squeal with metallic sound but I never notice the metallic sound till after I fixed all my belt squeaks, Idler and tentioner were needed. This drove me nuts trying to find the belt squeak because there was one at the back and the front so finding what was squeaking was more difficult than normally would be. After all belt noise was removed I still had a squeak but it was at the back of the motor and along came the metallic squeak as a dead give away. Replaced my distributor at 142,000 miles.

My whole point is that the cause isn't just always foreign containment causing the oil pump failures it can also be the distributor/sensor base also that goes bad and hard to detect unless you know to look for it.
You must log in or register to reply here.
Share:
Facebook Twitter Reddit Pinterest Tumblr WhatsApp Email Link