I asked this same question over on "The Ranger Forum" but it's not getting any response. That forum seems to be slowing down quite a bit over the past year or so. Seems like it's only the same 1 or 2 people ever chiming in with help.

So here's my question:

I own a 2003 Ranger 2.3L and the 2003 Mazda 2.3L. The Ranger warms up fairly quickly and when at optimum temperature, exactly half way on the temp gauge, stays right there no matter if I cut the heater on or not. I just bought the Mazda a few months ago and it takes forever to warm up, and when it finally does get near optimum temp, (I say near cause it never really gets all the way to half way on the temp gauge) when I cut the heater on the temp gauge drops rapidly. The thing acts like it's permanently stuck open.

The Mazda has a electronically controlled thermostat that has an electrical connector on it like this: 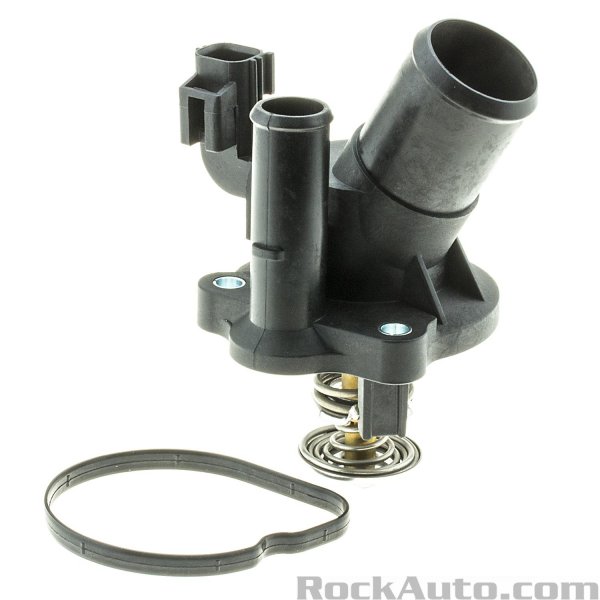 So I bought new one just like that hoping the original was just messed up but I'm getting the same thing. No change in the behavior of the temp gauge. Waste of $90-(thermostat and coolant), and time, and effort. 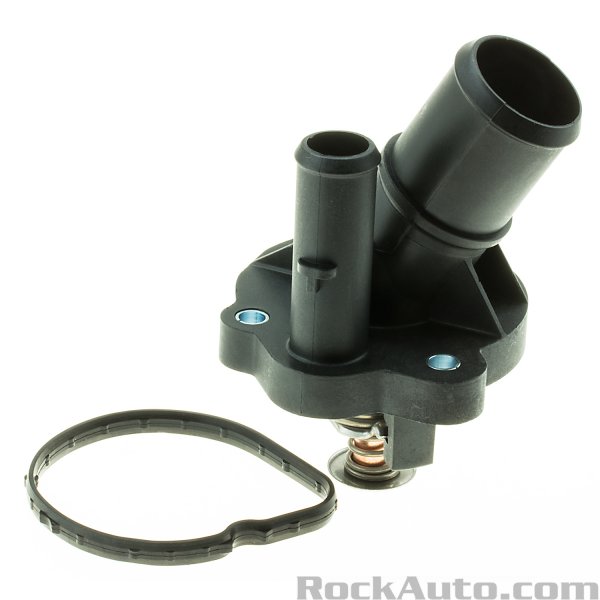 So the Ranger thermostat has an electrical connector on it also. It's also electronically controlled. But obviously it's been working correctly. And it's factory original with 338,000 miles on it.

So what could be the problem with the Mazda? I thought maybe the circuit with the thermostat sender on it maybe had a blown fuse or something and the thing just defaults to "always open" as a safety measure when it looses signal but I can't find a fuse for that circuit.

I seriously doubt if the cooling system has air in it. Especially after I just replaced the thermostat and burped the system for a long time. What would happen if I got one of those thermostats without the electronic control on it?

I don't know if there is a single temperature sensor that sends the same information to the dash and the thermostat, or if there are two, one for the dash gauge and another for the thermostat. But, my guess is a sensor is acting up. Check the sensor(s). Or, just replace them if they are inexpensive enough.

The electronic thermostat was ditched after 2004 because they were found to be unreliable. The newer thermostat ironically is old fashion. You can replace the electronic one with the newer mechanical one BUT you will get a CEL. I don't know if there is a way to cheat the computer into thinking it's still there.

There are two other things to check before doing anything else with the thermostat though. Check the fans (there's a mechanical and electrical fan). Make sure they aren't locked/stuck on.

If they are ok, move on to testing the thermostat circuit.