Speedometers – How They Work 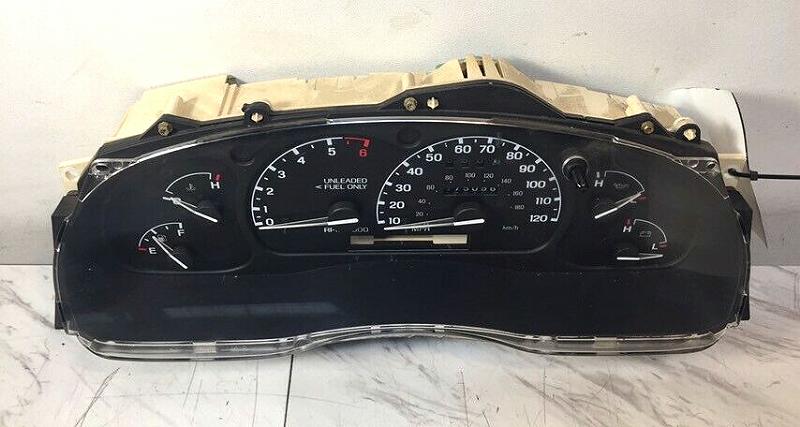 Depending on the year of your Ranger, it could have either a mechanical or electronic speedometer. 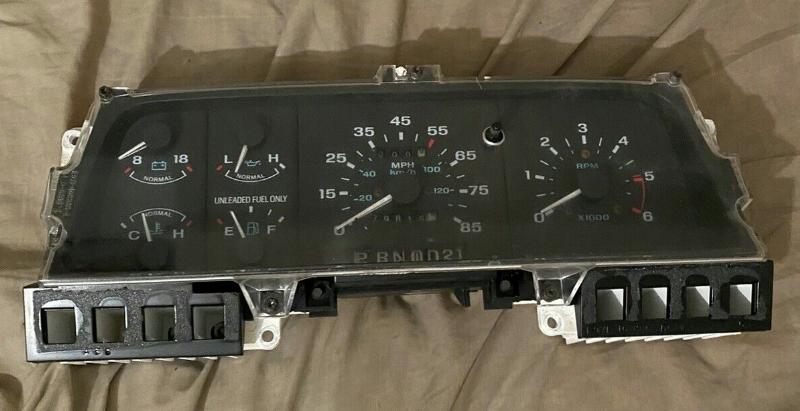 The early Rangers could be found with just a cable that ran from the speedometer on one end and had a gear on the other that went in to the transmission tailhousing or transfer case. Gear on end of speedometer cable (Notice there’s no VSS)

The cables progressed to a VSS (Vehicle Speed Sensor) on the end of the cable that went in to the transmission tailhousing or transfer case. VSS – Vehicle Speed Sensor with gear (facing opposite from sensor above)

In 1995 the Ranger stopped using a mechanical speedometer cable and relied on the VSS in the transmission/transfer case to provide it with a signal for speed.

The 1998-2000 Rangers are not equipped with a VSS (Vehicle Speed Sensor). The PCM (Powertrain Control Module) receives vehicle speed information from the antilock brake system rear wheel speed sensor. The raw signal from the ABS/VSS sensor on the rear axle goes directly to the Explorer 4WABS module where the signal is corrected for tire diameter. Then the corrected signal is sent to the PCM, speed control, cluster, etc. In this system, the PCM is an end user of the corrected VSS signal. Starting in 2001, the Ranger gets its raw speed signal from the OSS (Output Shaft Speed) sensor on the transmission/transfer case. The OSS sensor is a magnetic pickup that provides transmission output shaft rotation speed information to the PCM (Powertrain Control Module) where it is corrected for tire diameter and axle ratio.

The PCM uses the OSS sensor signal to help determine EPC (Electronic Pressure Control) pressure, shift scheduling and TCC (Torque Converter Clutch) operation. The PCM outputs the corrected VSS pulse to the speed control and the cluster. In this system the PCM is the correction and distribution point for the VSS signal.

WARNING: Some models are equipped with airbags. Always disconnect the negative battery cable, then the positive battery cable and wait two minutes before working in the vicinity of the impact sensors, steering column or instrument panel to avoid the possibility of accidental deployment of the airbag, which could cause personal injury.

3)  If necessary, remove the left and right A/C register vents from the dash. 4)  Unsnap the instrument cluster trim panel by pulling rearwards around the edge of the panel. Depress the hazard warning switch (4-way flashers) and remove the trim panel.

5)  Remove the four screws securing the instrument cluster to the dash mounting.

6)  On vehicles equipped with an automatic transmission, perform the following:

A.  Remove the two screws attaching the PRNDL indicator to the cluster.

B.  If necessary for clearance, block the wheels and apply the parking brake, then turn the ignition switch to unlock the steering wheel and pull the gear select lever into the Low (L) range.

7)  Pull the cluster assembly rearward to gain access to the speedometer cable.

NOTE: If there is insufficient slack in the cable for gaining access, disconnect the cable from the transmission. Once disconnected pull the cluster out gently until enough clearance is gained.

9)  Disconnect the wire harness plugs from the cluster and remove it from the dash.

The speedometer cable has a plastic lock on the end that catches a groove on the back of the instrument cluster to hold the cable in place. To disengage the cable, you need to push up firmly on the bottom (6 o’clock position) while pulling the cable away from the cluster. 2)  Position the instrument cluster near its opening and attach the electrical plugs to it.

5)  Insert the cluster into the dash and install the four attaching screws.

6)  Ensure that the hazard warning switch is depressed and install the cluster trim panel.

7)  Connect the negative battery cable. Start the vehicle and check all gauges, lamps and signals for proper operation.

Problem – “The speedometer in my 1999 Ranger fluctuates or doesn’t work until I hit 30MPH. What’s wrong?

Answer – The 1998-2000 Rangers are not equipped with a VSS (Vehicle Speed Sensor). The PCM (Powertrain Control Module) receives vehicle speed information from the antilock brake system rear wheel speed sensor. The raw signal from the ABS/VSS sensor on the rear axle goes directly to the Explorer 4WABS module where the signal is corrected for tire diameter. Then the corrected signal is sent out on the gray/black to the PCM, speed control, cluster, etc. In this system, the PCM is an end user of the corrected VSS signal.

The problem is usually found in the ABS speed sensor on top of the differential in your rear axle.

1)  Remove the rear wheel speed sensor from the axle housing.

2)  Connect a Digital Volt/Ohm Meter (DVOM) across the two sensor terminals and record the reading. Problem – “The speedometer on my ’96 Ranger quits working sometimes.”

Answer – From 1995-1997, check the VSS (Vehicle Speed Sensor) on the transmission/transfercase. Could be bad.

1)  Turn off vehicle and disconnect the VSS cable.

2)  Using a Digital Volt-Ohmmeter (DVOM), measure the resistance (DVOM ohmmeter function) between the sensor terminals on the VSS (not the cable). Problem – “The speedometer in my 1993 Ranger fluctuates. What’s wrong?”

Answer – Your 1983-1994 Ranger uses a speedometer cable (mechanical). The problem could be anything from binding, worn or broken gear teeth on the speedometer gear, a worn out cable assembly or dirt/contamination causing the needle to stick