How To Choose An Off-Road Light

There was a time that if you wanted a bright off-road light, your option was basically a 100-watt round halogen light. Time and technology has changed, and now you have the choices of:

Then you have the choices of:

So how do you choose? Hopefully this article will give you enough information to help you pick the light that will best suit your needs.

When choosing a light, you’ll find that they come in different beam patterns. You’ll need to understand what these beam patterns are to better understand the light you need. The diagram below should help quite a bit. 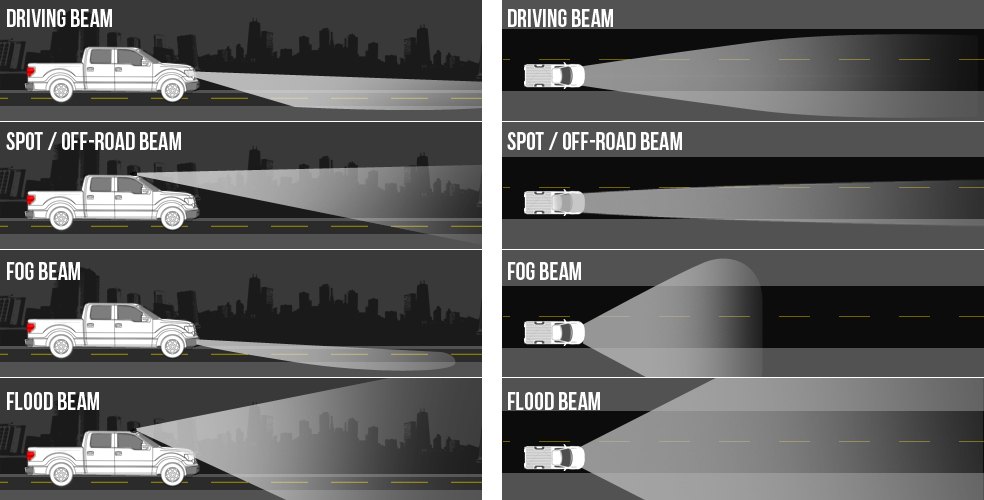 Driving Beams – Driving beams are designed to supplement your high beams by illuminating an area further and wider than your headlights are capable of.

Spread Beams – Spread beams are similar to driving beams, but tend to be brighter, wider , and possibly taller as they are not required to follow specific SAE or ECE safety standards. Spread beam lights are great lights for multi-purpose off-road use.

Spot Beams – Spot beams project a focused beam of light the longest distance of all the light beam patterns. These lights are also referred to as long range lights. These are great when you need to see things in the distance well before you get to them.

Flood Beams – Flood beams don’t focus the light to allow it to project as far as spot beams, and instead creates a large wide pattern of light that floods an area with an extremely tall vertical and wide horizontal light pattern. These lights are typically used as work lights and back-up lights to see a broader area at shorter distances. 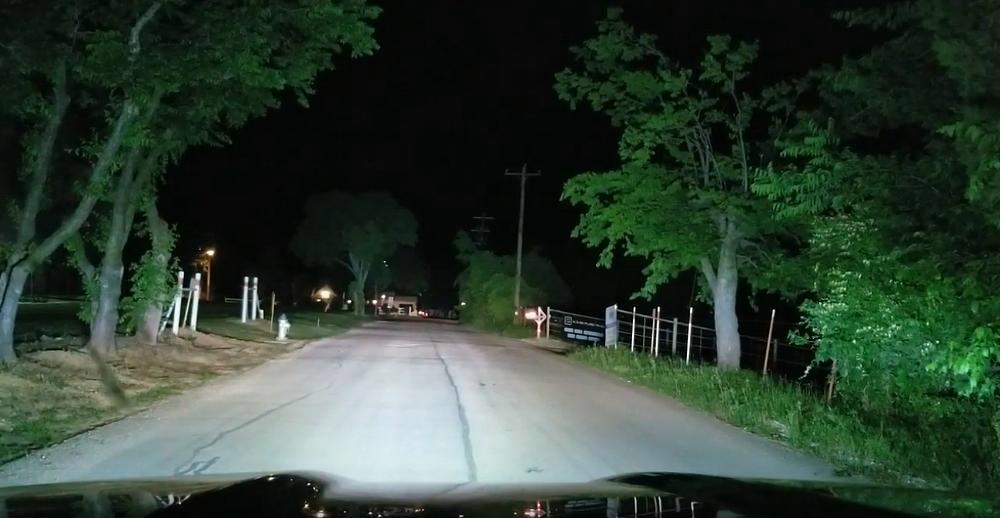 (LED lightbar with a combination of spot beams and flood beams)

Spot / Flood Combinations – Most LED light bars will come with a combination of spot beams and flood beams. These are great because they not only project light down the trail, but light up everything in your field of vision in front of the truck.

Fog Beams – Fog lights are intended to be mounted below the headlights and project a beam pattern which is very wide horizontally and narrow vertically. This pattern lights up a pathway close to the ground but does not light the airborne particles in the line of sight while driving – this increases the visibility in harder to see conditions. Fog beams are very useful in dust, fog, rain and snow.

When you start looking at LED lights, you’ll see that in addition to listing how many watts the lights are, some will indicate the degree of the LED beam. For example, you’ll commonly find a light bar listed as a 30 degree spot, and 60 degree flood combo. The diagram below will give you a better idea of what that means.

You can see that the 30 degree beam would extend between the 20 degree and 40 degree range in the patterns shown above. If you really wanted a long range off road light, you would want something with a 10-20 degree spot. 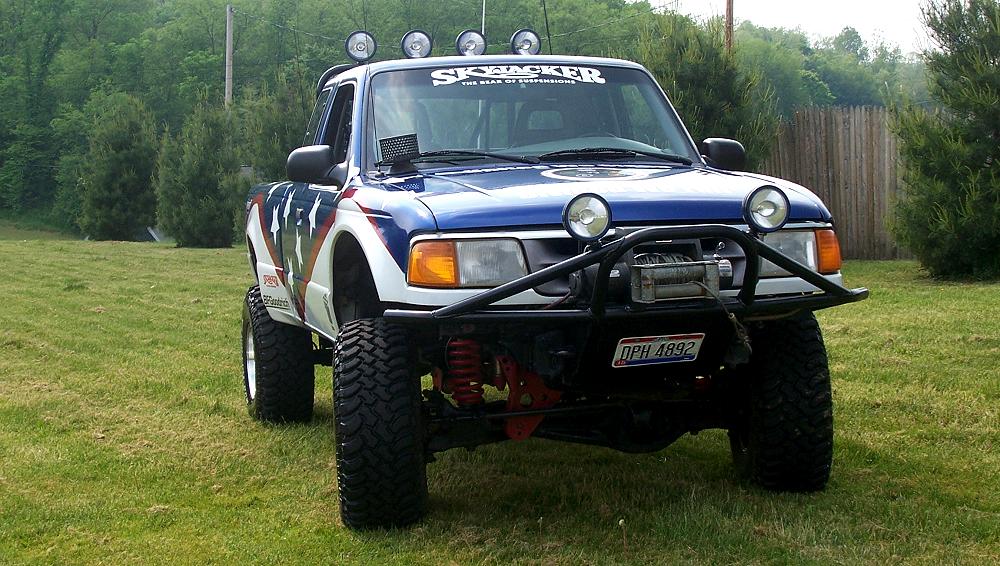 Halogen lights have been around for a really long time, and are still the cheapest long range light you can buy. Most halogen off-road lights use a H3 halogen bulb which is pretty inexpensive to replace. 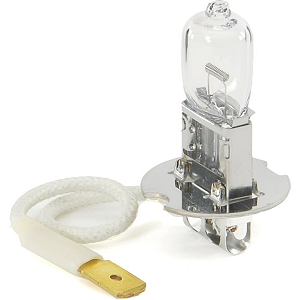 A typical 12-volt 100-watt halogen light will draw slightly more than 8 amps. Adding (4) 100-watt lights to your truck could potentially consume more than 33 amps. Combine this with the engine ignition, fuel pump, heater blower motor / AC, stereo, and any other electronics in your truck, and you could be challenging your charging system to keep up.  Due to the amount of amps they draw, you’ll need to make sure they are properly wired with at least 12-gauge wire and a relay. With a relay, a switch is used to trigger the relay under the hood, which then sends power from the battery to the light. This keeps all those amps from being pulled through the switch and melting it. Also, using wiring smaller than 12-gauge would likely result in the wire melting, and could be a fire hazard. If you have to run the wire a long distance, you’ll want a larger 10-gauge wire.

KC Hilites sells their lights kits with a wiring harness to simplify it for you.

Halogen lights have a yellowish light beam that becomes more evident when you’re using them with LED and HID lighting.

Halogen bulbs put off heat. Accidentally turning one on with a cover over the light could result in the cover being melted. 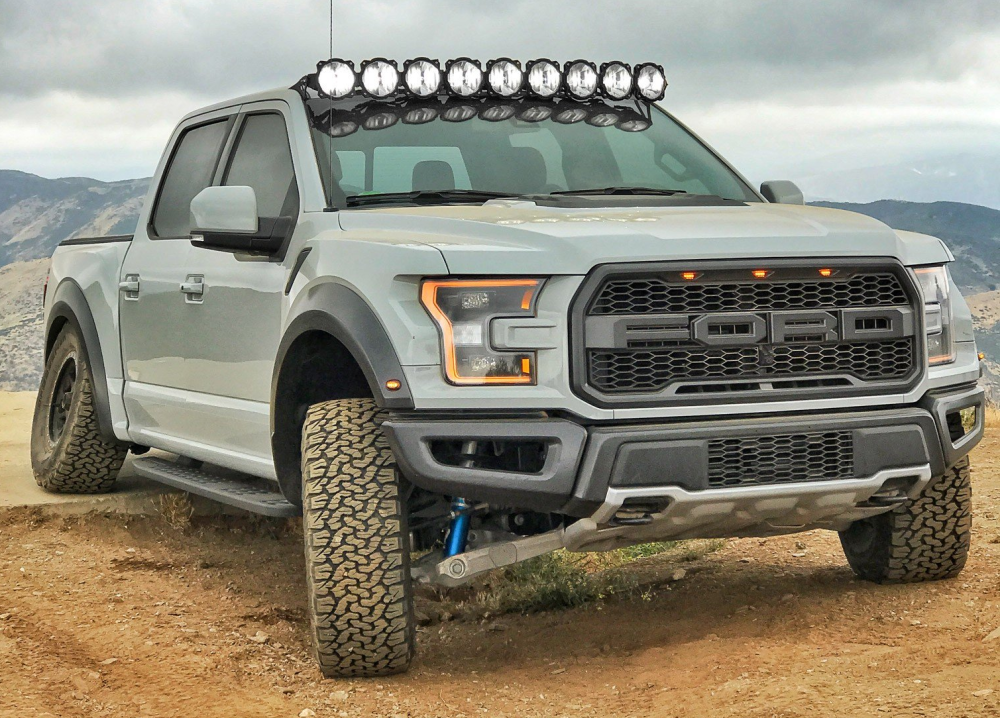 HID (high-intensity discharge) bulbs have tungsten electrodes instead of a filament. These electrodes are sealed in a quartz tube filled with Xenon gas and various metal salts which are ignited by a ballast (igniter that bumps up the voltage) to produce an extremely intense amount of light. These lights are also known as Xenon lights because of the inert noble gas used inside the bulbs. 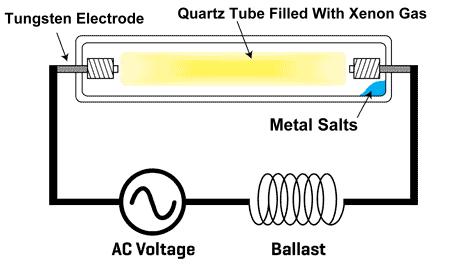 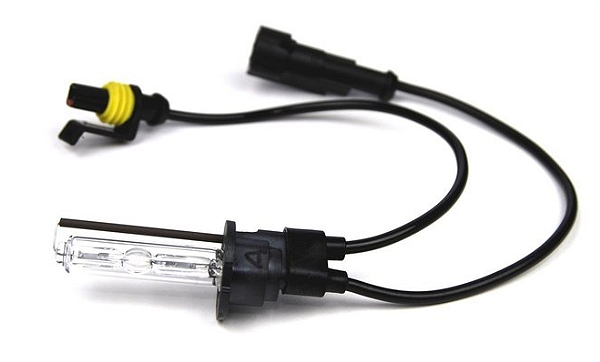 HID’s generally draw 60 percent less current than a standard 100-watt halogen light. A typical 12-volt 35-watt HID light draws about 3 amps. You could very easily run two of these lights to a switch in the dash without a relay, although using a relay is still the better and safer option.

HID’s are capable of exceeding 2-3 times the distance to similar wattage Halogens and LEDs. When mounted side by side, a lit 100-watt halogen bulb seems yellow and dim next to an HID. These lights have been available since the 1990’s, but their high cost keep them out of the reach of most off-road enthusiasts.

Perhaps the biggest disadvantage of HIDs is that most do not instantly light up to full power when switched on. It takes a few seconds for them to ignite. The lower cost lights are usually slower to fire than the higher-end HID lights.

LED (Light-Emitting Diode) lights are a two-lead semiconductor light source. They are illuminated solely by the movement of electrons in a semiconductor material. They do not ignite a gas like halogen and HID lights do. Their compact size, durability, long life, low amp draw, and absolute brightness make them appealing to most off-roaders.

How far a LED light projects its beam of light depends on the depth and diameter of the reflector the LED sits in.

You can also find single row LED light bars. A lot of these are designed to be low profile and not take up much space. Still, if you look at the reflectors in the single row light below, and compare it to the triple row light above, you can see where it has a larger reflector to project the beam of light farther.

By comparison, an off-road race truck using LED lights will have a much larger reflector to really project the light a long way: 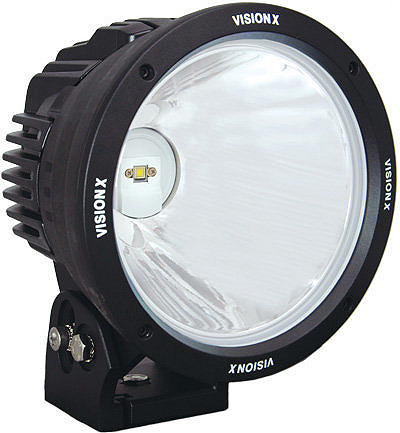 There are a lot of great choices these days for off-road lighting. I have personally used a LED light bar with (2) 6-inch 100-watt halogen spot lights to give me an economical setup that will not only flood the area in front of the trucks, but also shine light a long distance down the road. 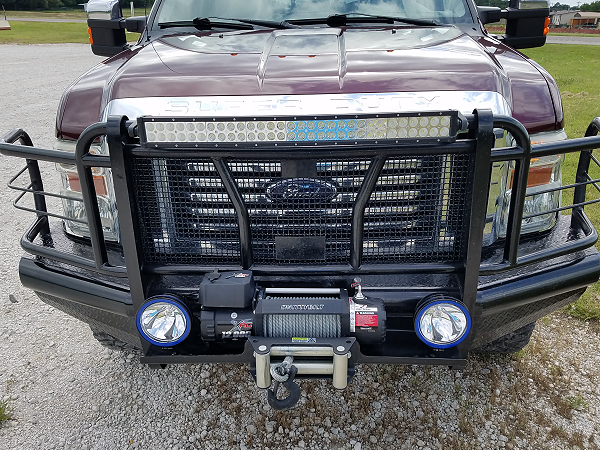