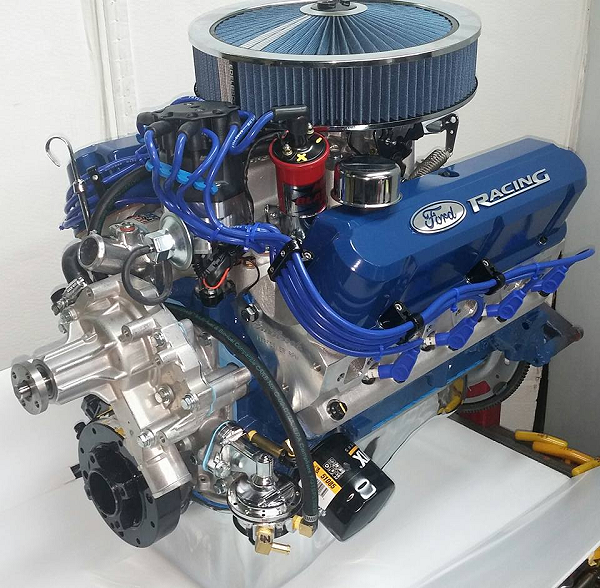 Although Ford never offered the 302 / 5.0L in the Ford Ranger, plenty of them found their way in to them. This page is here to help you better understand this engine, and serve as a guide to picking the 302 / 5.0 that’s right for you.

The 302 was manufactured in Windsor from 1968 to 1978. This is where the 302 Windsor name comes from. In 1970, the manufacturing of the engine was moved from Windsor, Ontario to Cleveland, Ohio. Along with the move came most changes that stayed with it for the remainder of its life. These were longer valve stems with rotating lash caps, bottle neck type rocker studs for a positive stop nut arrangement and a longer pushrod to correct valve train geometry.

In 1983 the carbureted engine was replaced with throttle-body fuel injection. For the 1986 model year, Ford went to sequential multi-port fuel injection which is identifiable by the large intake with the EFI 5.0 badge on top. Electronic fuel injection first appeared for the 302 on the Lincoln Continental in 1980.

The first incarnation of the 5 litre or 5.0 brought some more subtle changes to the now dated 302, namely some subtle cylinder head and valve-train changes. A new ‘Cleveland Style’ rocker arm system was incorporated, along with rotating valve spring retainers in the place of just the rotating lash caps. A water passage revision and a firing order (1-3-7-2-6-5-4-8) change for High Output variants saw out the 5.0 to the end of its days.

These specs may not be correct for your application.
Verify your engine specs with a service manual for your year and model.
Always torque bolts in three equal increments 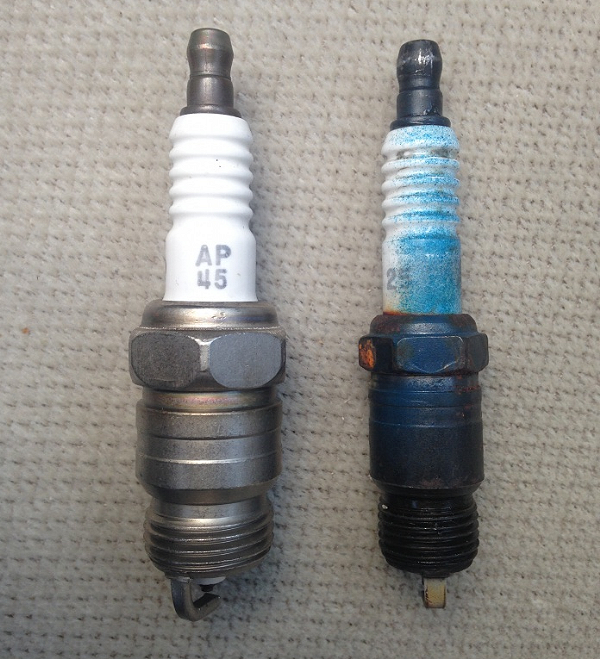 Ford switched to the smaller base spark plug in 1977 with the appearance of the D8OE heads. I use to have a 1970 302 in my Ford Ranger. When I’ve gone to the parts store to get new plugs, they’ve always tried to give me the smaller 14mm plugs. 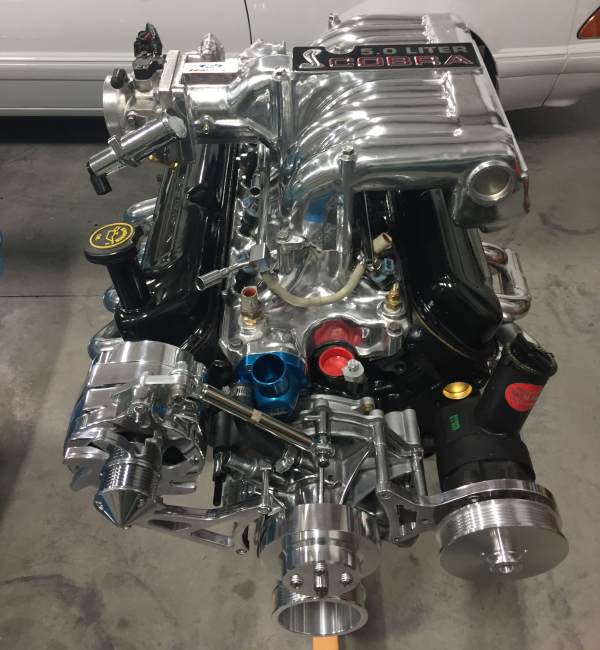 The 302 returned in 1982 as the 5.0 High Output, manual-transmission equipped Mustangs and Mercury Capris were first equipped with two-barrel carburetors (1982), then a four-barrel Holley carburetor (1983–85). The block was fitted with revised, taller lifter bosses to accept roller lifters, and a steel camshaft in 1985, and electronic sequential fuel injection was introduced in 1986. While sequential injection was used on the Mustang beginning in 1986, many other vehicles, including trucks, continued to use a batch-fire fuel injection system. The speed-density based EFI systems used a large, two-piece, cast-aluminum manifold. It was fitted on all engines through 1988, after which year it was phased out for a mass-air type measuring system in most applications (non-California compliant Panther platform cars retained the speed-density system until the Lincoln Town Car received the Modular V8 for model year 1991, and the Crown Victoria and Grand Marquis for 1992).

The same manifold was used in MAF applications, with the addition of the MAF sensor in the air intake tube. The MAF system continued, with minor revisions, until the retirement of the engine in 2001.

Ford offered a performance head that was a stock part on 1993–1995 Mustang Cobra models and pre- 1997-1/2 Ford Explorers and Mercury Mountaineers equipped with the 5.0 L engine called the GT-40 head (casting ID F3ZE-AA). In mid-1997, the Explorer and Mountaineer 5.0 L heads were revised and renamed GT40P. The GT40P heads, unlike the GT40 heads, had a very well-developed port shape/design which yielded about 200 cfm on the intake side and 140 cfm on the exhaust side without increasing the size of the ports at all from standard E7TE castings, and without increasing the exhaust valve size. They also had smaller 59-61 cc combustion chambers for added compression, and the combustion chamber shape was revised to put the spark plug tip near the center of the chamber for a more even burn. These GT40P heads are considered by many enthusiasts to be extremely efficient. 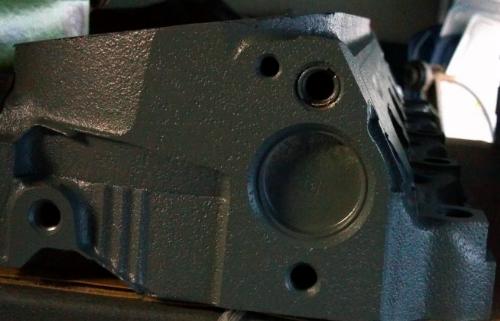 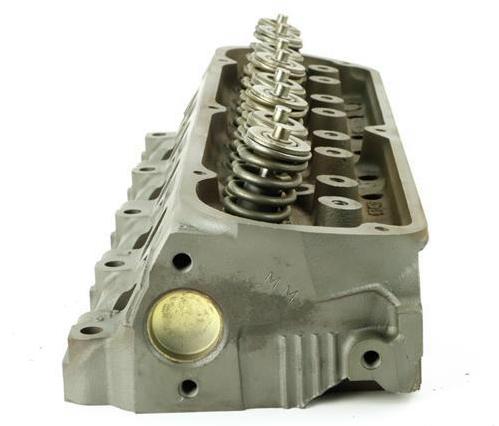 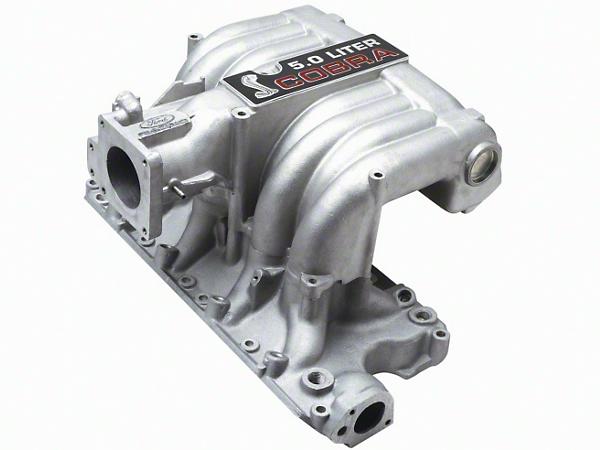 The rumor is it took too long to produce the tubular intake (as well as expensive) so Ford created a cast version, about the same (if not better) performance but really isn’t on par with the look of the tubular GT40 intake. Featured on the 93 Cobra and Cobra R fox Mustangs.

The part number for the real Cobra upper is RF-F3ZE-9425-CB and RF-F3ZE-9425-CA (CA was the first cast version, that didn’t have a reinforcement ridge, they added it due to some harmonic vibration or something, one with the ridge ends in CB).

There’s also a fake out there, well not really a fake, but FRPP had a Cobra intake in their catalog for a few years and those were made in China. They’ll normally have a “Ford Racing” logo near the throttle body.

One thing to know about the Cobra upper manifolds is, it DOES NOT have any coolant lines, this intake has the EGR piece molded into it, which does not have water jackets. (The 93 Cobra’s did not use this either).

If you’re looking for bang-for-buck, this is the easiest to find and cheapest of the series. It apparently flows the best of the 3 designs, albeit a very small amount.

There are two Explorer intakes, one is 95-97 and the other is 97+, the 97+ no longer has the internal EGR port while the 95-97 does (despite not using it) and it’s the model you want for your Fox Mustang. You’ll have to drill through the boss at the back of the intake so that you can run the regular EGR setup. AND you’ll have to drill and tap the boss for the ACT sensor (3/8″ NPT) in the stock location. The 97+ ones, you won’t be able to run the standard EGR (not good if you have to pass emissions) and there’s no boss for the ACT sensor. Easier to find an early version. Check out the picture of a 97+ Explorer lower intake manifold provided. Probably more work than it’s worth to get it running in your fox. You can tell right away which version the upper is, the later ones had two surfaces, in the middle where the EGR was is a channel instead of one complete flat surface for all 8 ports, you get 4 on each side.

A direct swap, it has all the standard EGR and ACT provisions, no drilling or tapping. Very hard to find and desirable lower intake manifold. This would have an F3 (meaning 1993) in the part number.

This would have RF- F4ZE, it’s a desirable lower intake, more so than the Explorer (or FRPP) lower intake manifolds.

Sold as a kit from the performance catalog from 1998 to 2003, this is a modified Explorer lower intake to fit your fox. It would have the part number like RF-F87E-9K461-BA Which is a direct bolt-on for the Fox Mustang. There’s also a number RF-F2ZE-9K461-AA which is also a valid casting number. (Although I’m not sure if this is FRPP or not)

This intake will need some modifications, namely the ACT sensor and EGR passage. Part number would end in BB, something like RF-F87E-9K461-BB

Check out the 1996-2001 Ford Explorer 5.0L Specifications page for more details on this engine and it’s GT40 heads and intake. 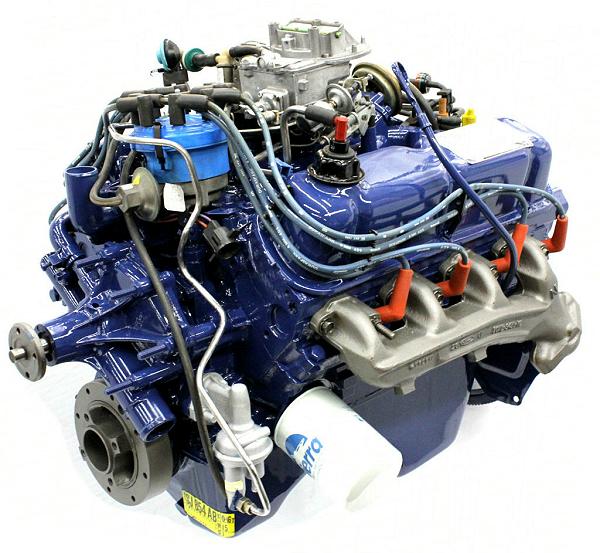 From 1980-1982 Ford used a 255 cid V8 instead of the 302. The 255 is essentially a 302 cid with the cylinder bores reduced to 3.68 in (93.5 mm). The 302 /5.0 L was to be phased out and the 255/4.2 L was to be an interim engine which would remain until the new V6 was in production – the 255/4.2 L was a quick fix. Rated power (SAE net) was 115-122 hp (86-91 kW), depending on year and application. Cylinder heads, which were specific to this engine, used smaller combustion chambers and valves, and the intake ports were oval whereas the others were all rectangular. The only externally visible clue was the use of an open-runner intake manifold with a stamped-steel lifter valley cover attached to its underside, reminiscent of previous-generation V8 engines.

It was optional in Fox-chassis cars including the Mustang and corporate cousin Mercury Capri, Thunderbird, Fairmont, and standard equipment in the Ford LTD. Some variants (i.e. Mercury Grand Marquis) were fitted with a variable-venturi carburetor which were capable of highway fuel economy in excess of 27 MPG. Due to its dismal overall performance the 255 was dropped at the end the 1982 car model-year with 253,000 units manufactured – 302/5.0 L V8 engine production continued and the plans to phase it out were dropped.

As mentioned above, the only externally visible cue was the use of an open runner intake manifold. See the photos below: 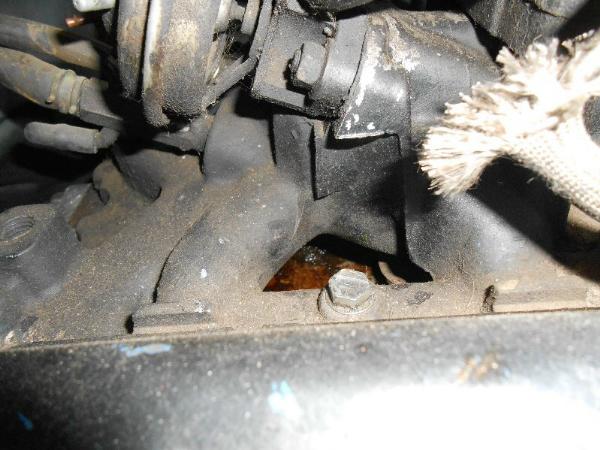 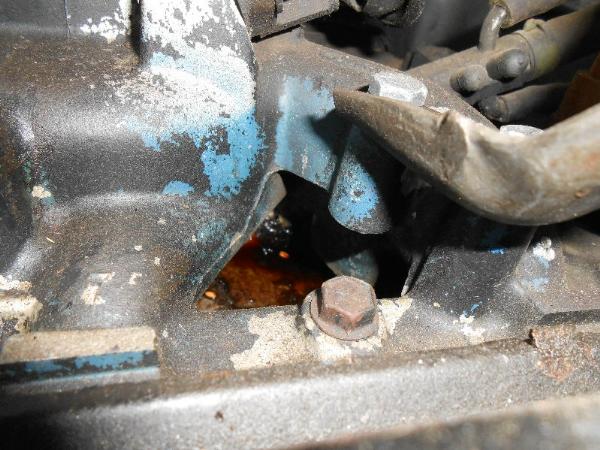 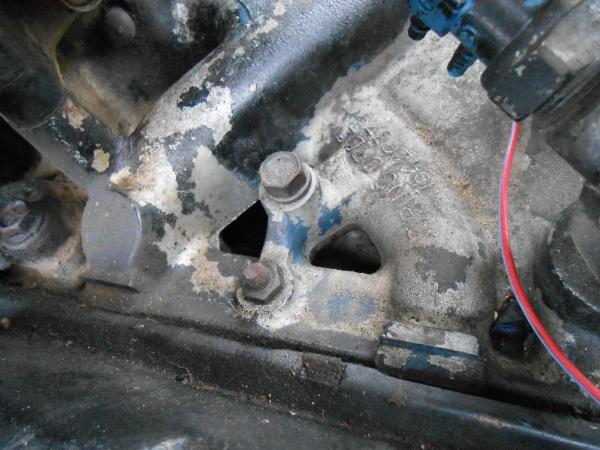