So I picked up a 91 ranger a while back and mentioned it here. I even added some off road pictures. However...since then I did a 10ft vertical drop while climbing and broke the frame. So..well, picture say more than words... 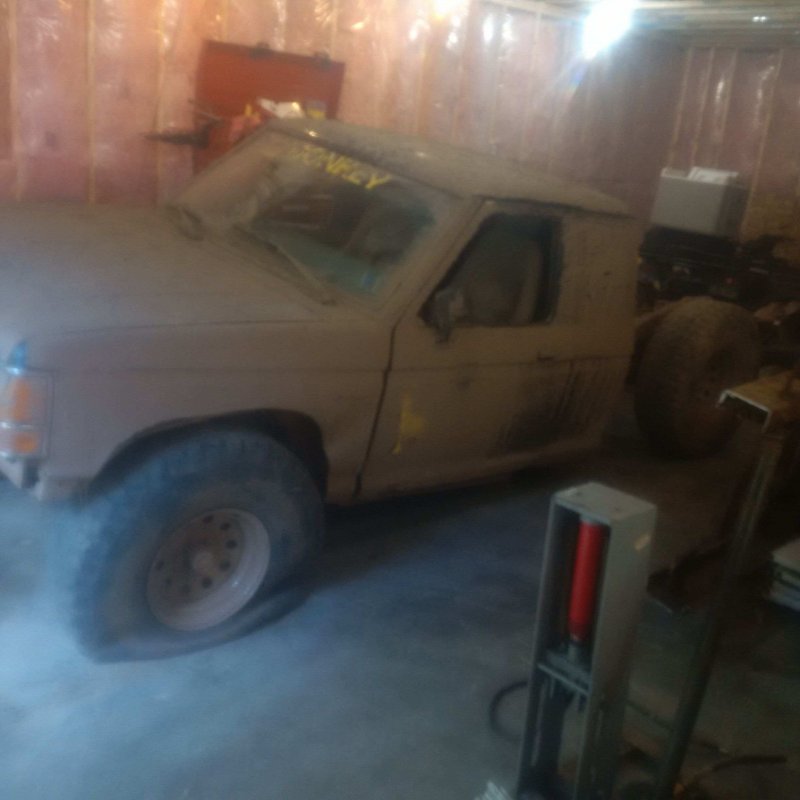 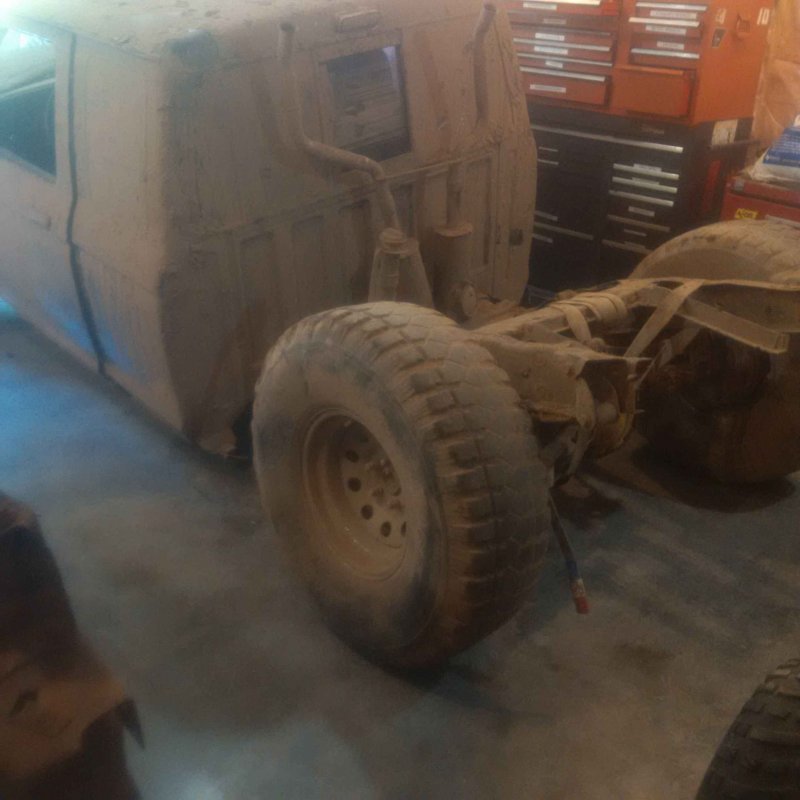 1) Front half of the Donkey.
2) Putting the frame in place for welding.
3) Apparently 2wd frames are narrower than 4wd frames!! Who knew?
4) The difference in cross member length 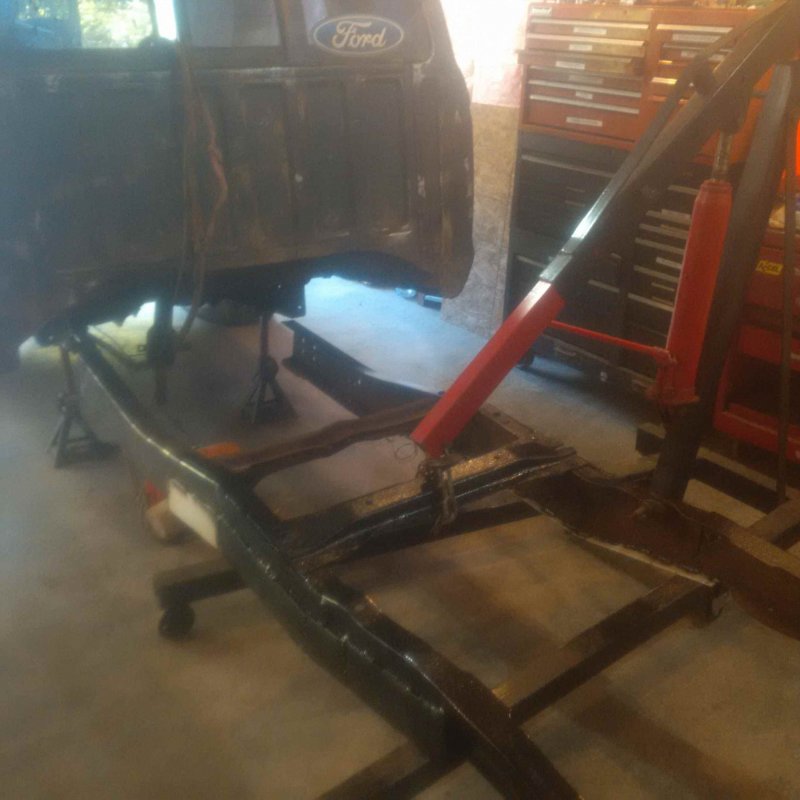 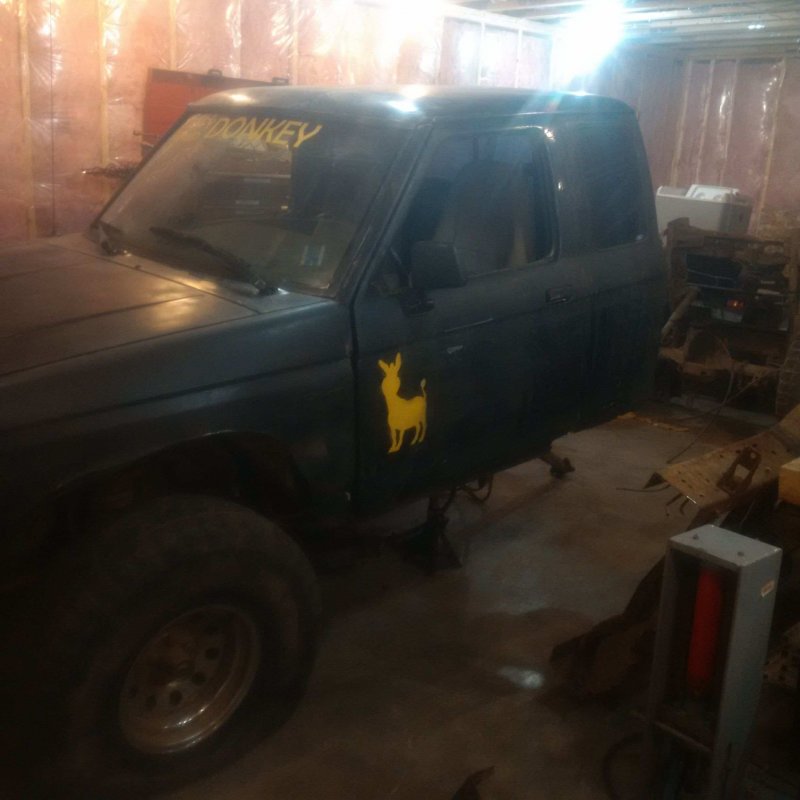 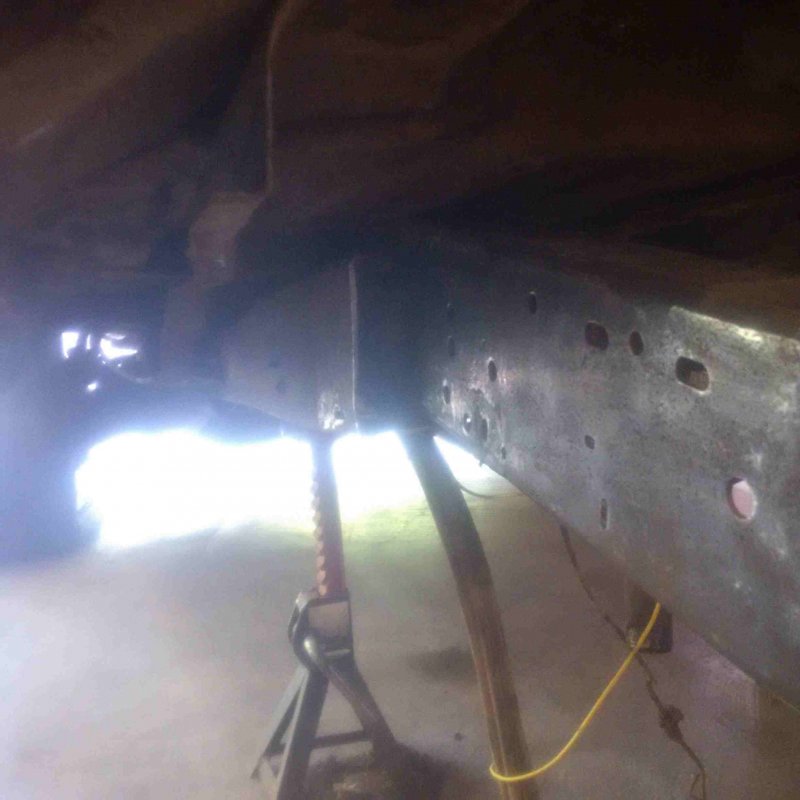 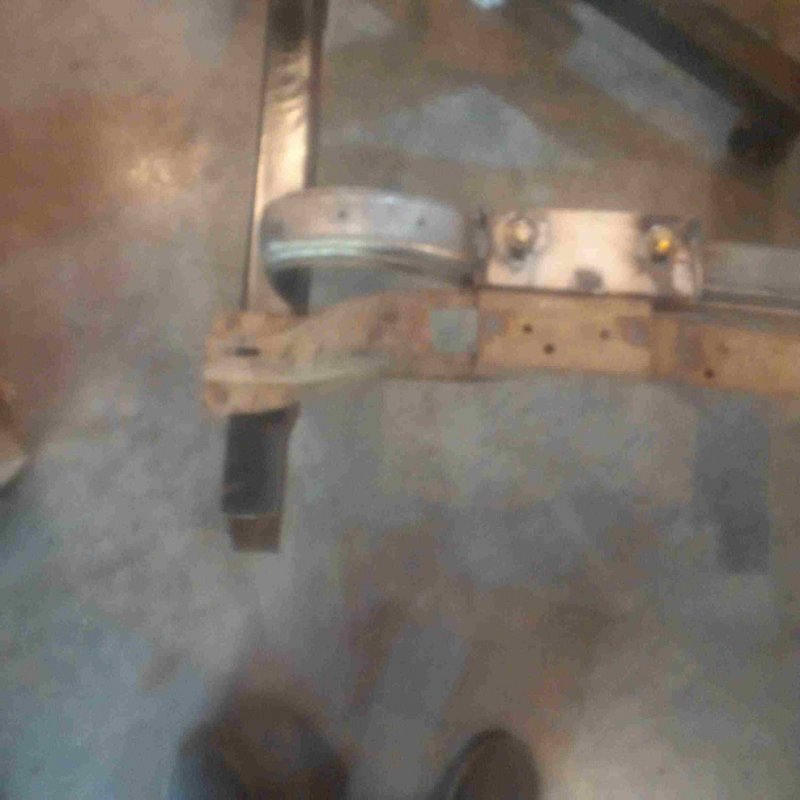 But of course they are the same height though so I can't slide the narrow frame into the wider frame! (of course, can't make it too easy right?) So I notched the bottom off and slid it in so its an overlapping weld instead of a butt weld.
1) Notched frame
2) Tacked in place (tack is a loose term, I "tacked" it with a dozen 6011 rods LOL!) 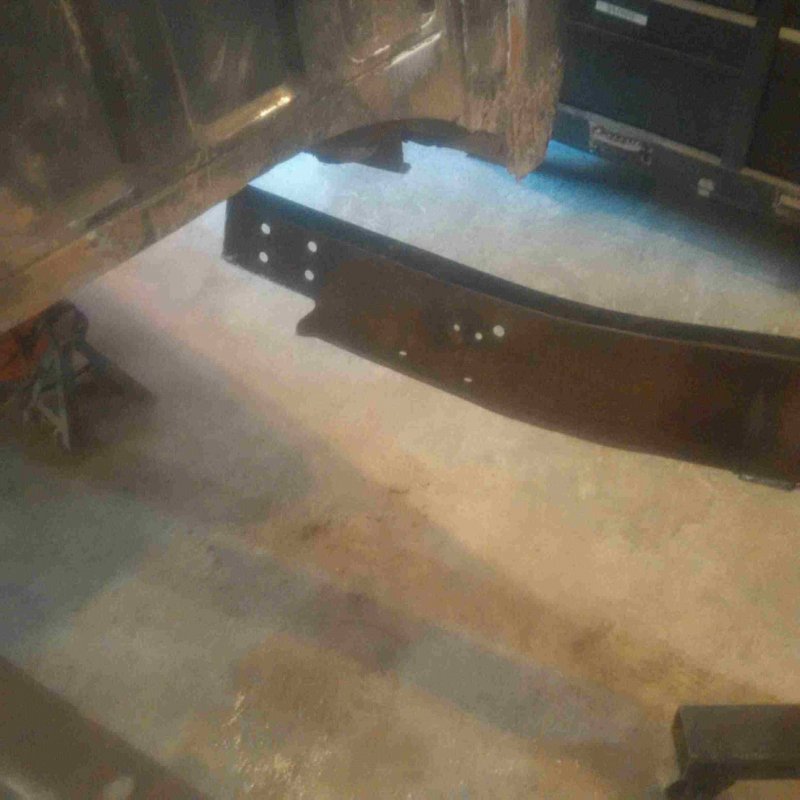 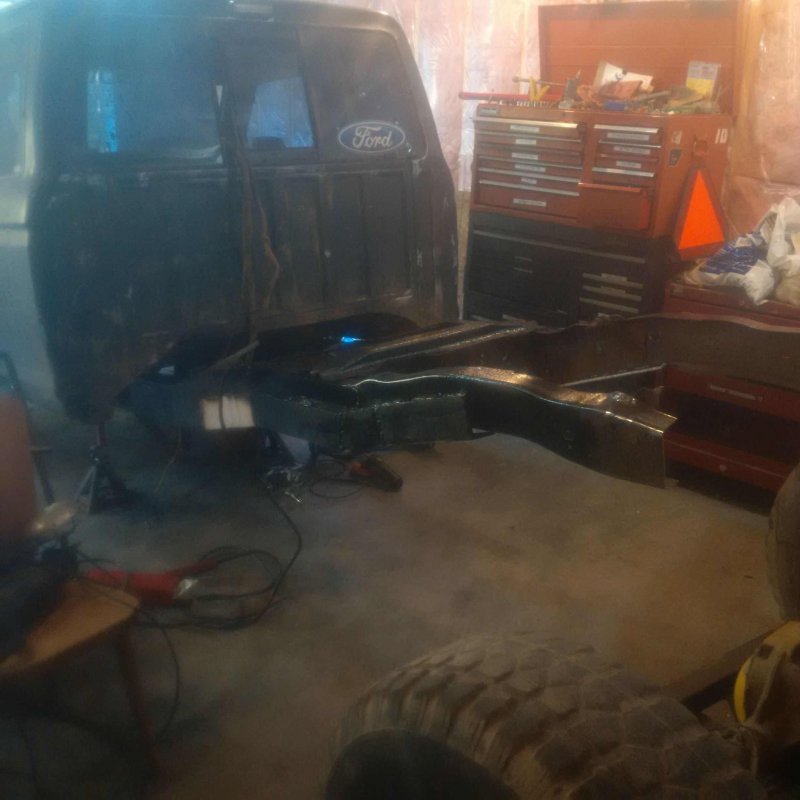 Most ask so I'll say it first. Tires are bald 35X12.5X15's (I love bald tires as they don't break parts) It's a 4.0L with a 5spd manual, 3.55 gears and I welded the 8.8 rearend (lincoln locker) The t-case had electrical issues so I pulled the motor and manually locked it into 4 low. The dana 35 front end spins both tires and you can't turn one wheel by hand when its in the air which makes me think its a limited slip. But, after hearing on here that "rangers never came with a LS front diff" I don't know if it's locked or not, but with the hubs locked in it bucks and kicks and won't turn without drivetrain binding. Someday I'll pull it apart.
After swamping it up to the headlights in mud/water, it sucked water into the filter housing and choked it. So, I wanted to run a snorkel but am (1) cheap and (2) hate the look of homemade ABS pipe running up an A pillar and (3) am cheap (did I mention that I'm cheap?) So I sealed the filter housing with silicone and routed a piece of tubing into the heater air box. Now if the cab is full of water up to the top of the fire wall, I might run out of air...but if the cab is full of water, I must of been in water for a while so whatever. (pictures of that later)
After I get the rear end welded/bolted back in I'll take pictures of the way I'm flipping the shackles so I can pull the bolts and drop the suspension down for loading/unloading in my toy hauler. With 35's, its too tall to come through the door.

Here's my toy hauler. It's a class A motorhome in front (sleeps 6, microwave, stove, shower, toilet, fridge, etc) and has 16ft of enclosed area in the back to haul the drag car. (or Donkey) The dragster and the mustang roll right in of course but the ranger is too high with 35's on it and instead of swapping tires every time I take it somewhere (it just barely fits with 215X65X15's) I'm building the suspension with the rear shackles upside down so I can pull one shackle bolt on each side and lower the truck down onto the axle instead of pulling 20 wheel nuts each time. 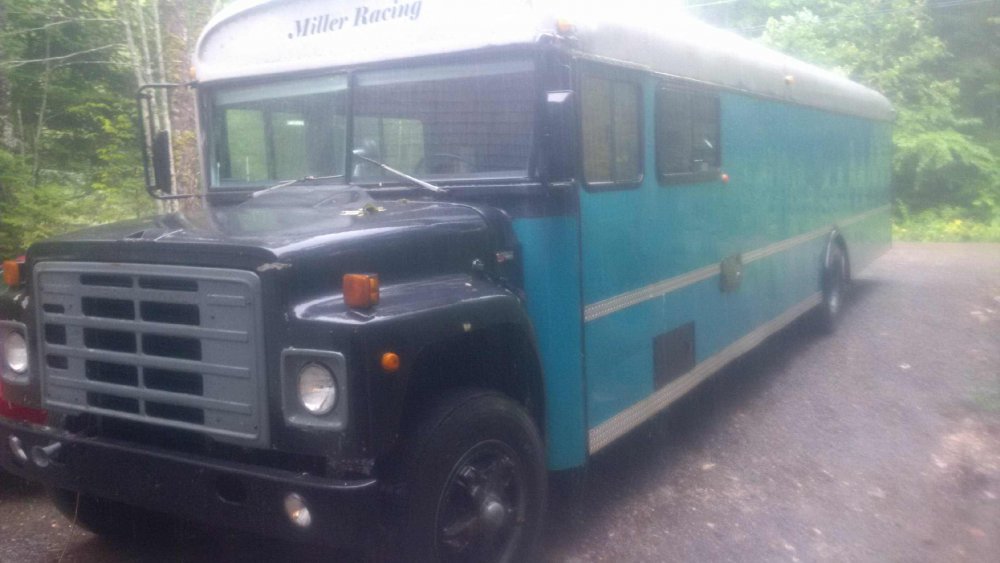 Well, that was my 10 minutes to post...gotta get back to work. When I get more done I`ll take more pictures and post them.

EDIT: OK, I went back and deleted the small files and added the pictures so you don't have to click on them....you're welcome! LOL!
Last edited: Oct 1, 2019

I prefer not clicking to see an full size image.

Well I guess we will never see a donkey fly...

Ooh, wait for it...my motto is "when in doubt, throttle out"

I've had numerous "holy shit that was higher/farther/deeper than I thought!"

Your frame shouldn't have ANY difference in width, unless one of them is bent or spread apart. Not if it's within the same general year range anyway.. Two wheel drive and 4x4 are the same width.

This is some next level hackery. Just amazing.
Last edited: Oct 1, 2019

"This is some next level hackery." Why thank you, I'll take that as a compliment. LOL!! 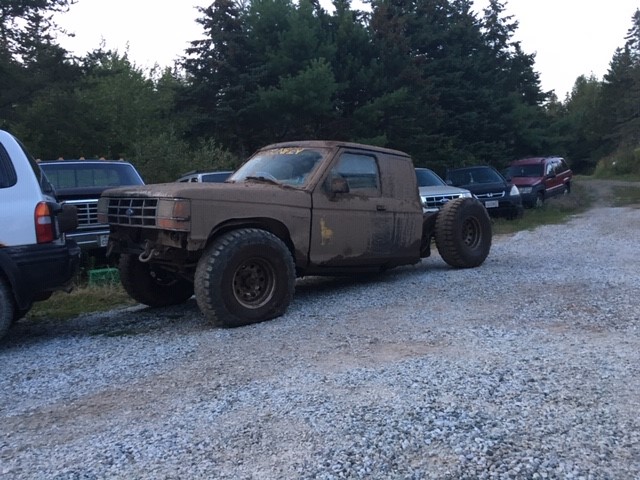 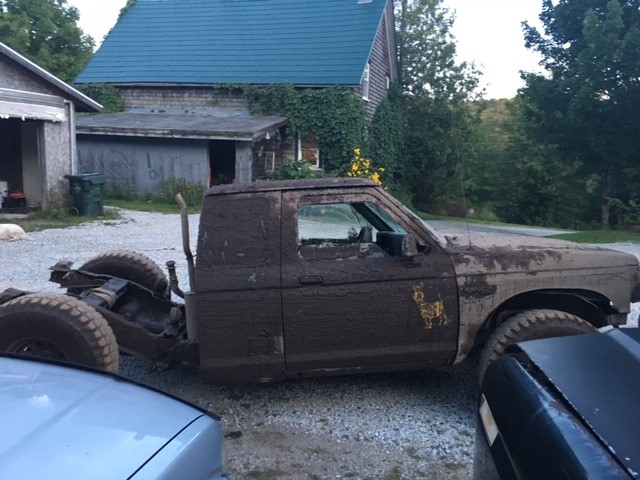 and one more from the back... 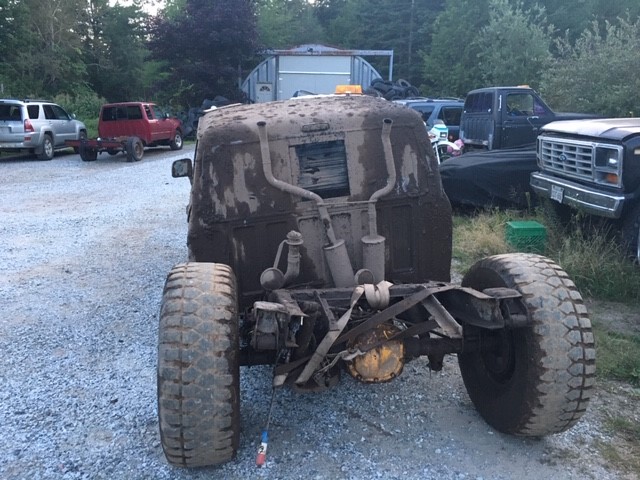