so i thought i might start a build thread on my truck to post future progress and such.
the first half of this will be a build..errr...catch up if you want to call it that.
i mainly want to have a place to store pictures and such since i dont have a home computer (im using my work computer now)
so here goes nothing
started in early 2007... 2wd 1993 ranger 4.0 5 speed extended cab.

for the early stuff i sadly have no pictures. my computer crashed and lost 9 years of stuff. it was a sad day
for the front i threw some custom made stock pivot beams on it with extended radius arms. its getting 19" of travel controlled by king 3.0x 14 coilovers and king 2.0x 4 bummp stops
then made a simple swing steering system and got rid of alot of bump steer. its only getting about 3/4 of an inch of bump steer now

made and engine cage to hold the shocks and tied it into the cab through the firewall
inside the cab i put a 2" chromoly cage and tried to keep as much of the stock interior as i could to keep it as street friendly as possible.
some seats, harnesses to keep me safe
she sits on 15" wheels and 35" all terrain tires

after the first set of beams were made i ended up breaking them in half haha! so i had to re work them and made them much beefier. been on em for a few months now with no problems...fingers crossed!
cheers

Any more pics? Pics in action?

Any more pics? Pics in action?
Click to expand...

yeah i have alot of the recent stuff. finding any early pics i can to catch up for personal documentation and fun story telling. then well get to the good stuff... ill leave you with this though

also, i just noticed i put it in the street section. if a moderator could move it to offroad id greatly appreciate it! thanks.

JOLENE_THE_RANGER said:
also, i just noticed i put it in the street section. if a moderator could move it to offroad id greatly appreciate it! thanks.
Click to expand...

JOLENE_THE_RANGER said:
yeah i have alot of the recent stuff. finding any early pics i can to catch up for personal documentation and fun story telling. then well get to the good stuff... ill leave you with this though

ok so fast forward to april of 2017. as expected i blew the 5 speed trans it had after 2 desert trips so naturally the only option was to cut the truck in half and get rid of the leaf springs!!!!
not sure if the two correlate at all but it was too late...my sawzall was already turned on.
i hacked the frame just behind the cab but not completely. what i did was pie cut it and kicked the frame up. then at the center line of the rear axle put another pie cut to bring it back level. this gave me a stock looking frame 7" higher than factory to allow for more up travel without having a high ride height.
from then on i started laying on the 4 link, 9" rear end, fuel cell and tube work

one of my cage tubes landed on the frame right where the lower link pivot needed to be so i had to hack that off and relocate it. that sucked haha.
by now its mid july in lovely commiefornia and man was it a hot summer in the garage!
i wish i would have tallied the amount of beers consumed and f bombs used that summer.....
heres some pics

It’s now the end of summer and I’m near completion of the truck. Chassis was finished and parts were powder coated!
Everything on the truck is 4130 chromoly 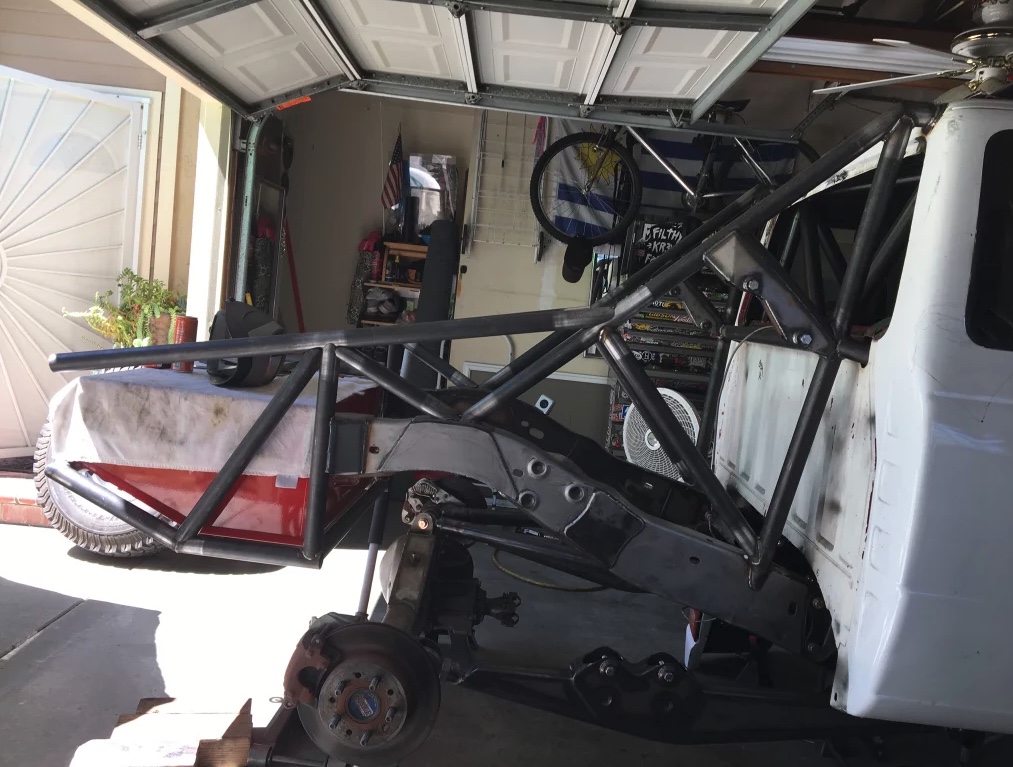 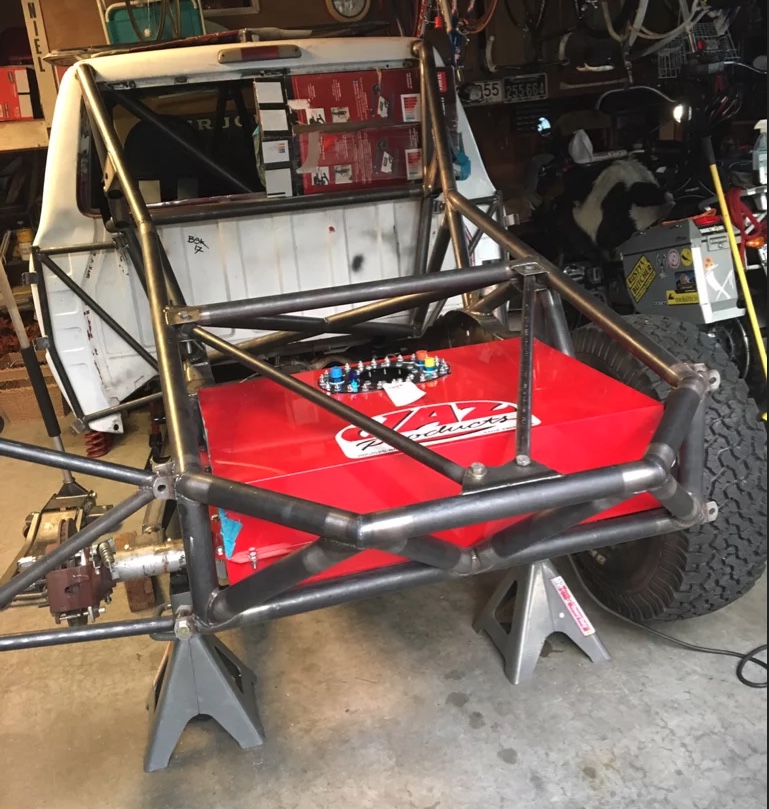 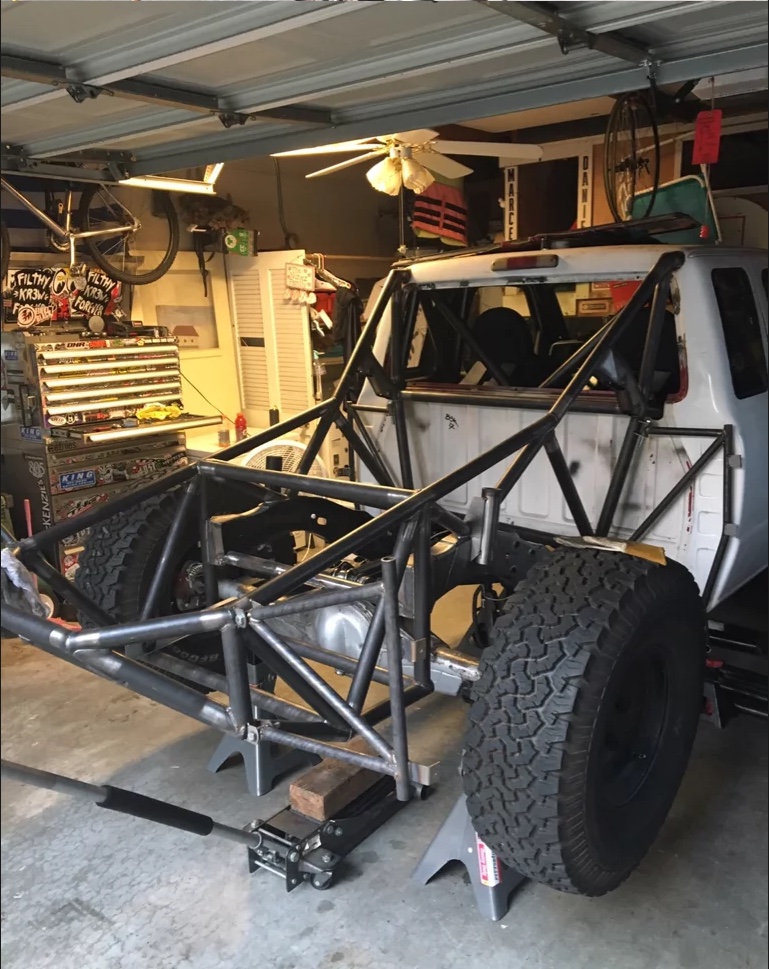 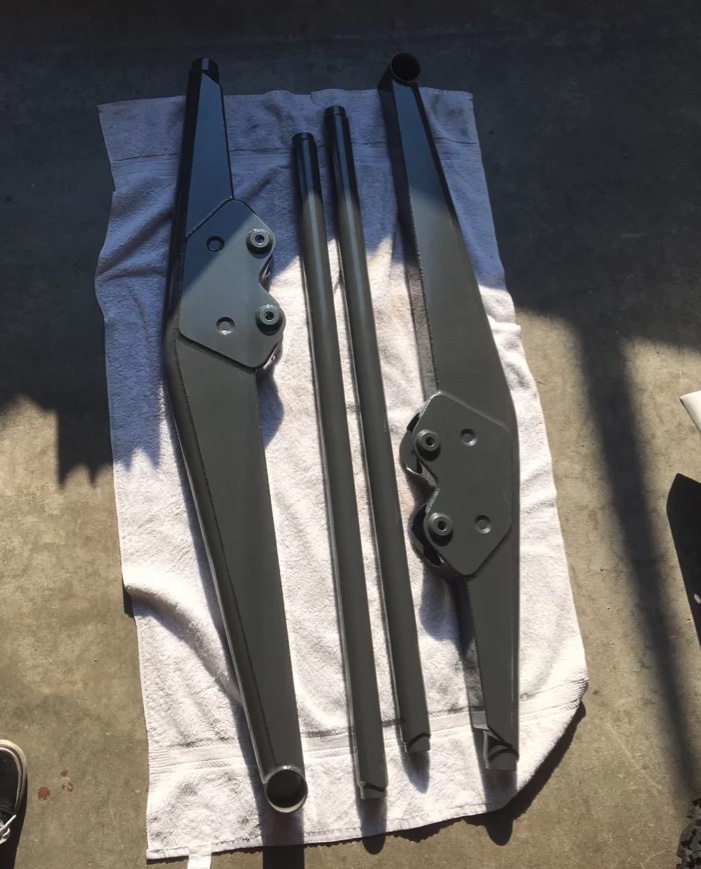 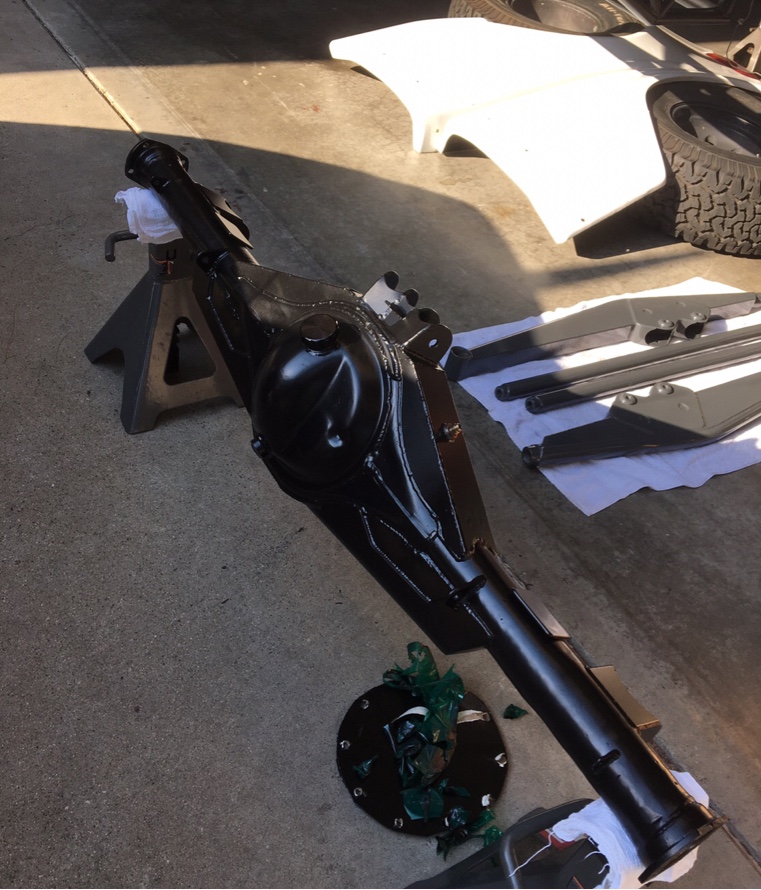 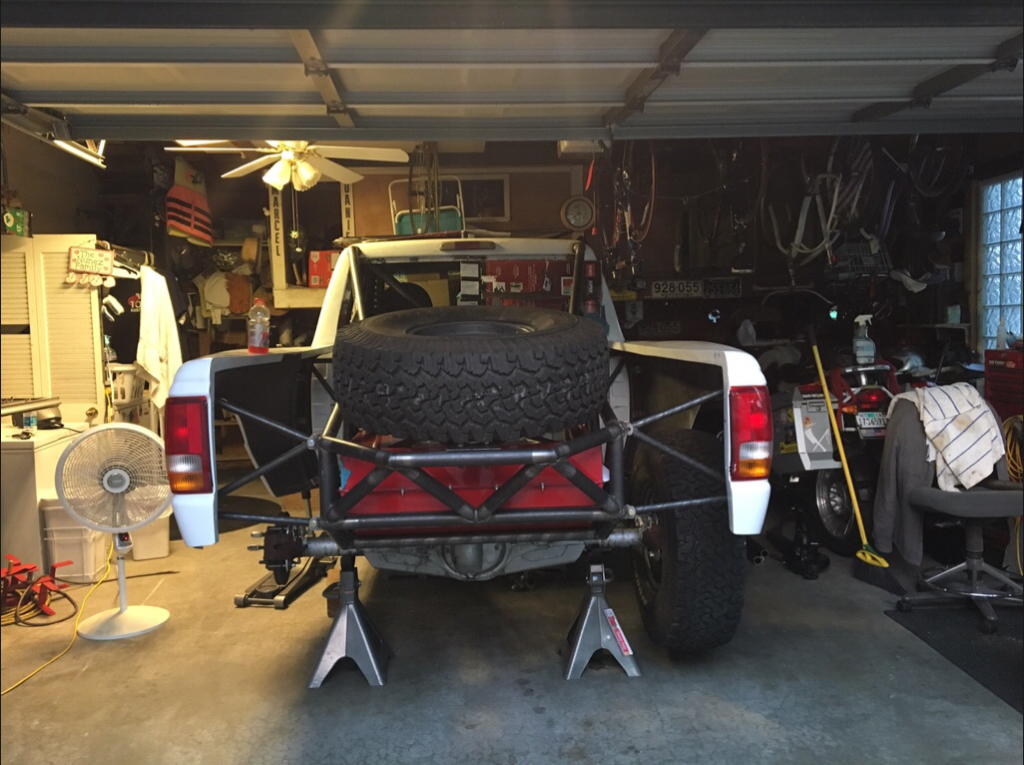 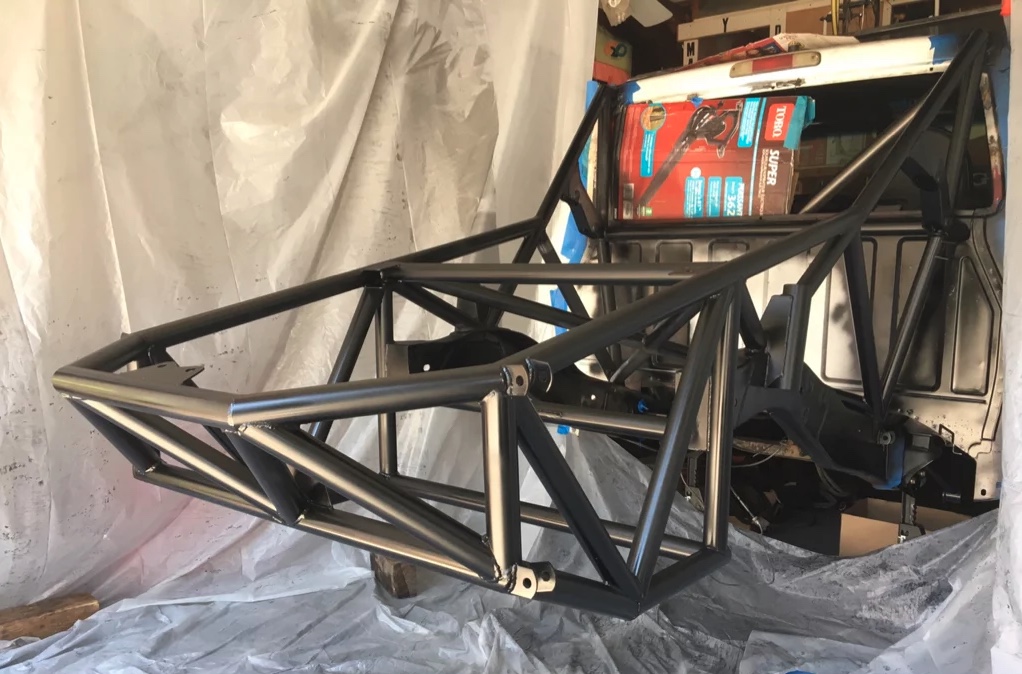 The trucks done. Here’s some pics 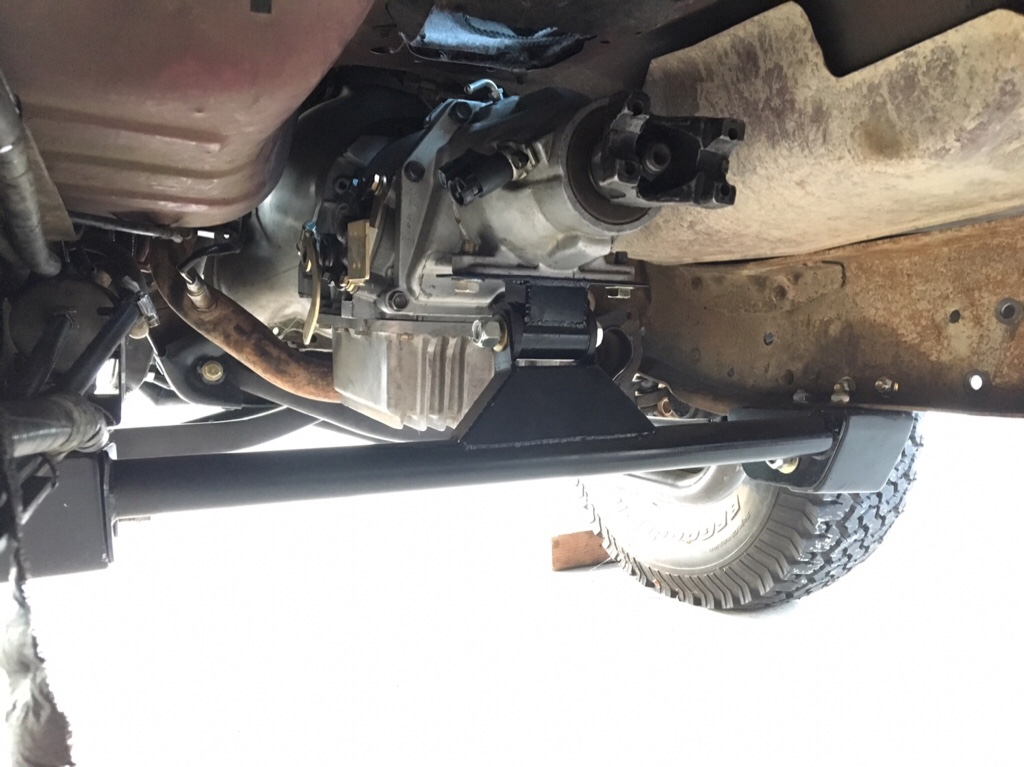 Transmission coolers and jack set up 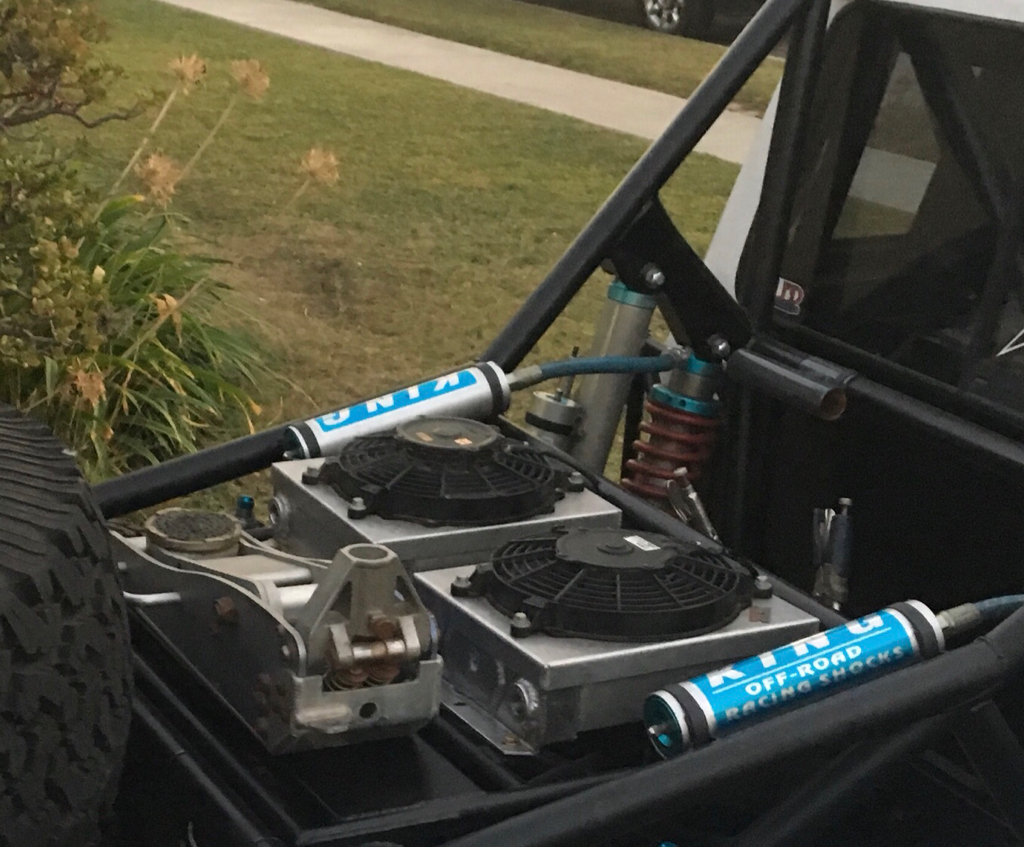 Suspension at full compression. Fire wall was re worked and computer was moved inside so the Tires clear everything lock to lock 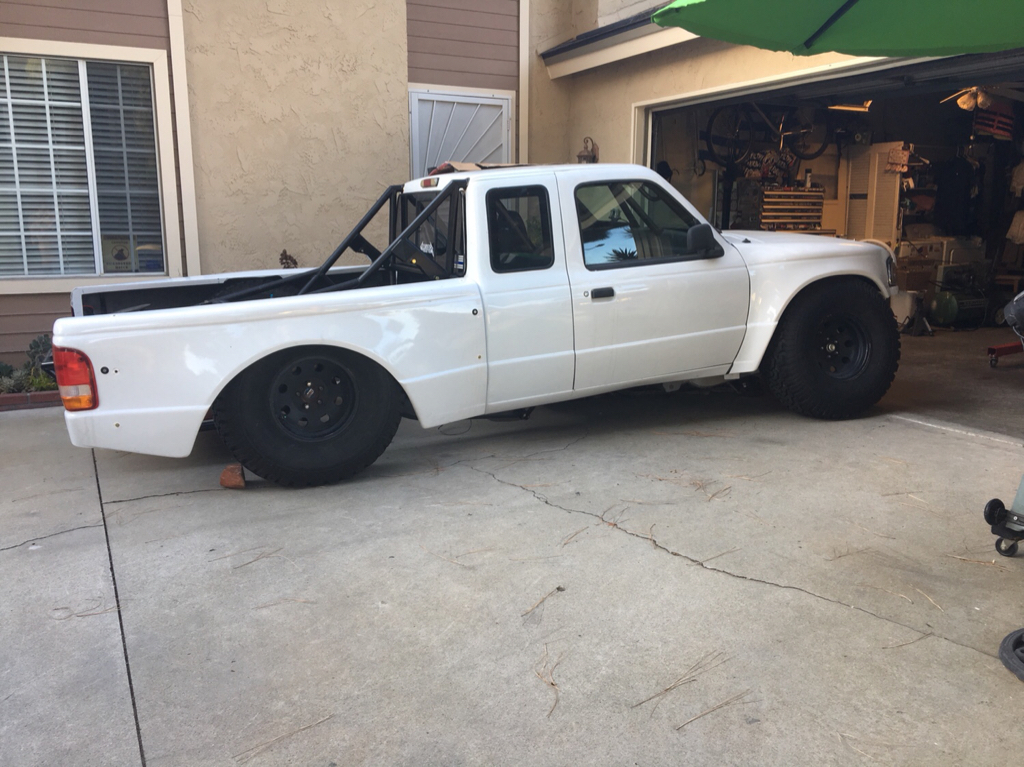 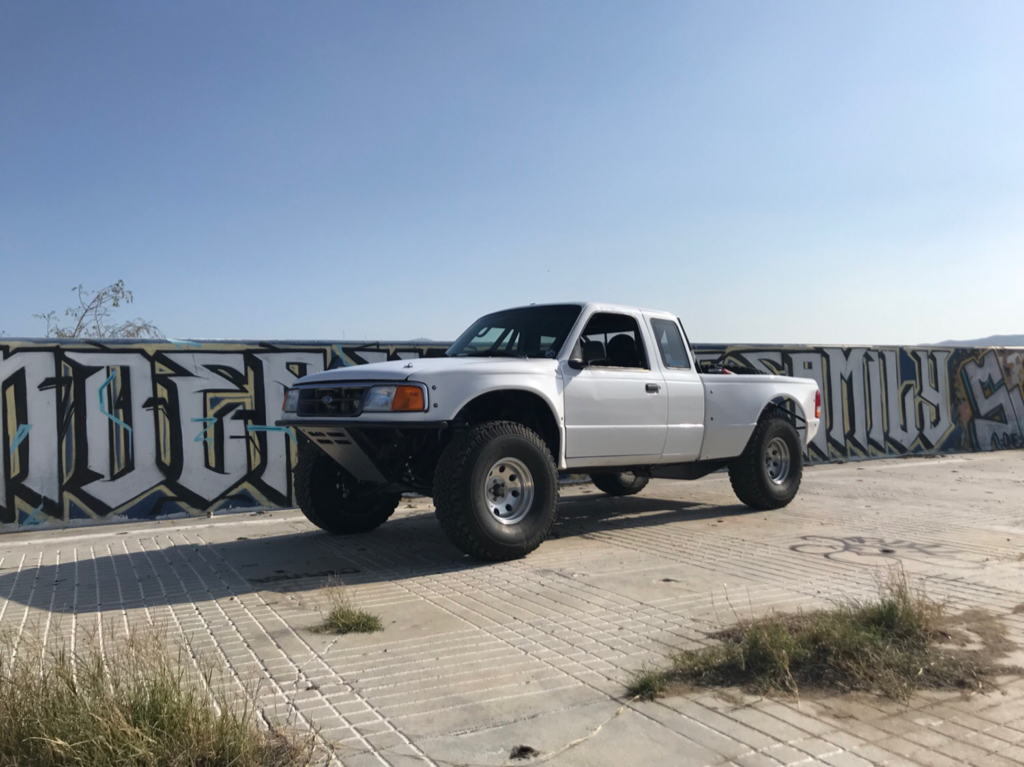 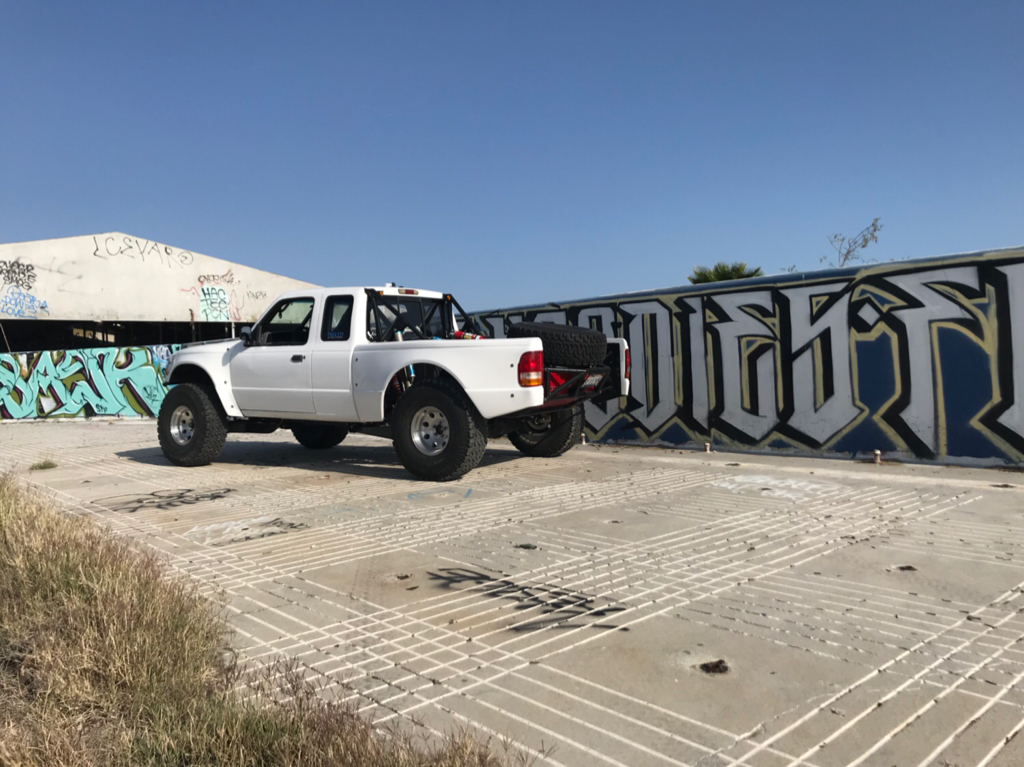 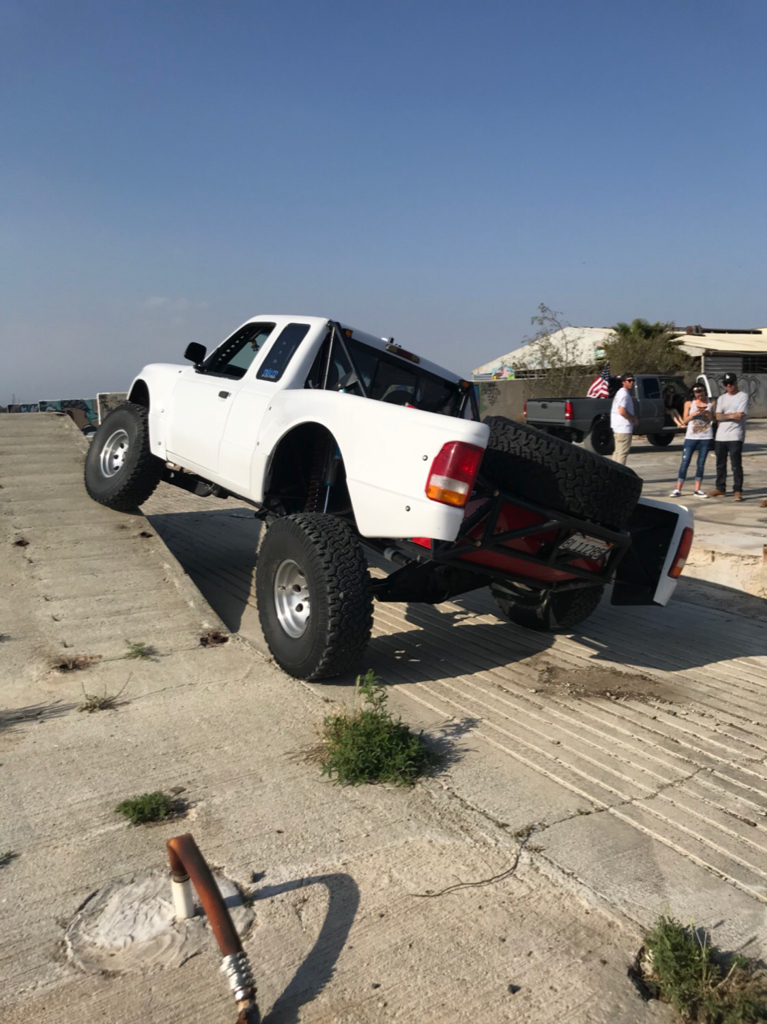 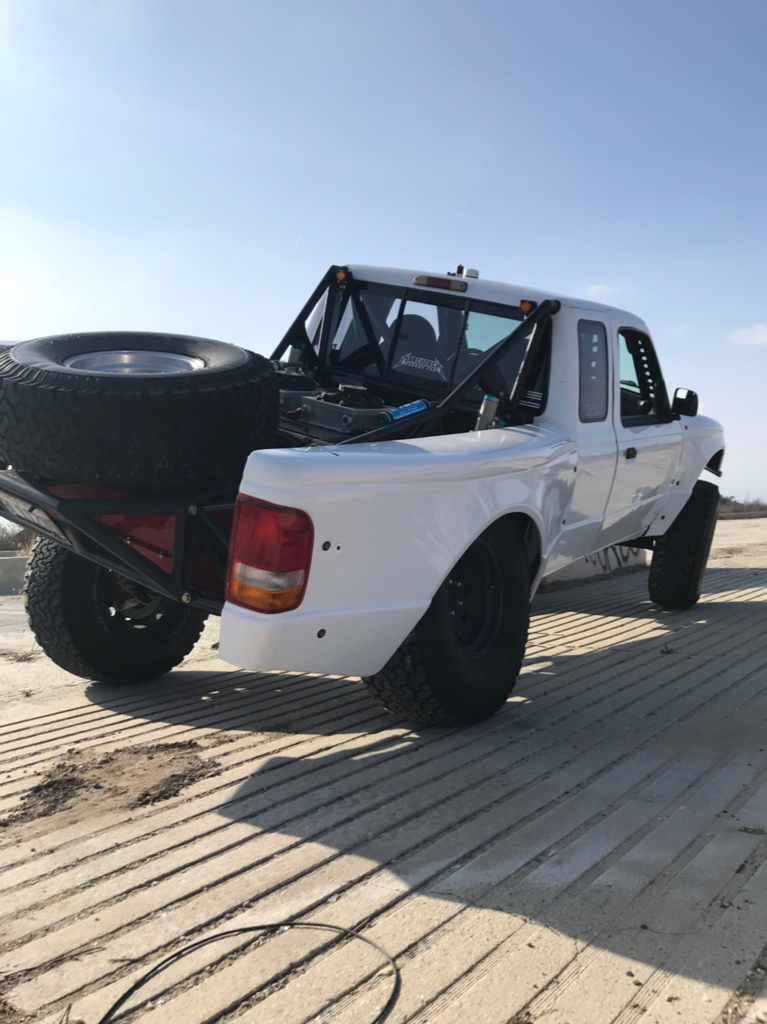 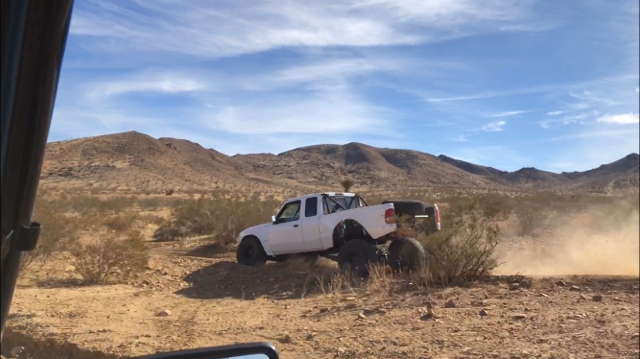 Took it across the Mojave trail last month and hat was a blast! 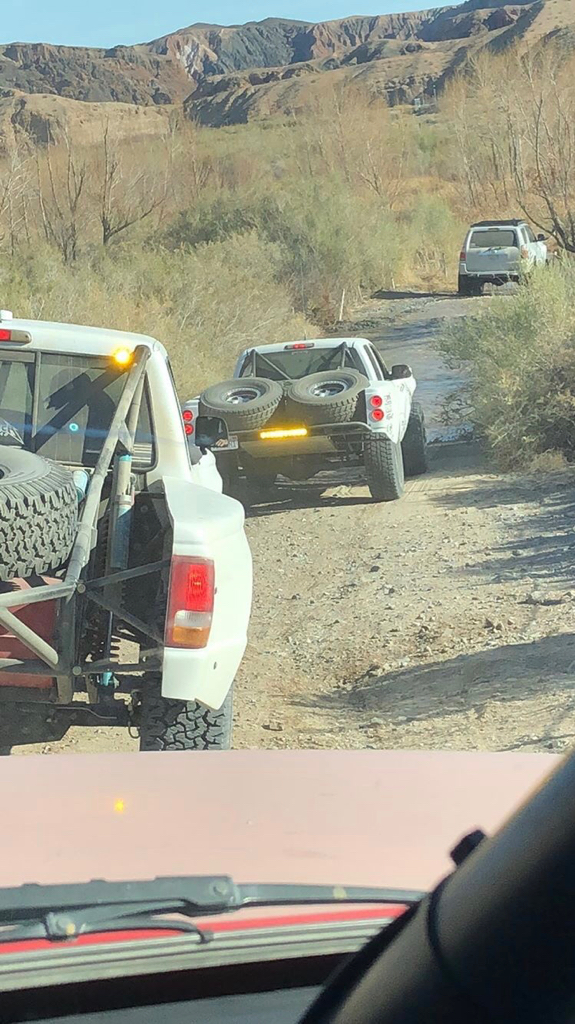 Interior pics. I’m not done with the center console but it’s almost there l. All factory gauges work. Re geared the speedometer cable and it’s within 2mph, also had a custom fuel sender made for the fuel cell so the stock fuel gauge works. I love the “factory” look inside. 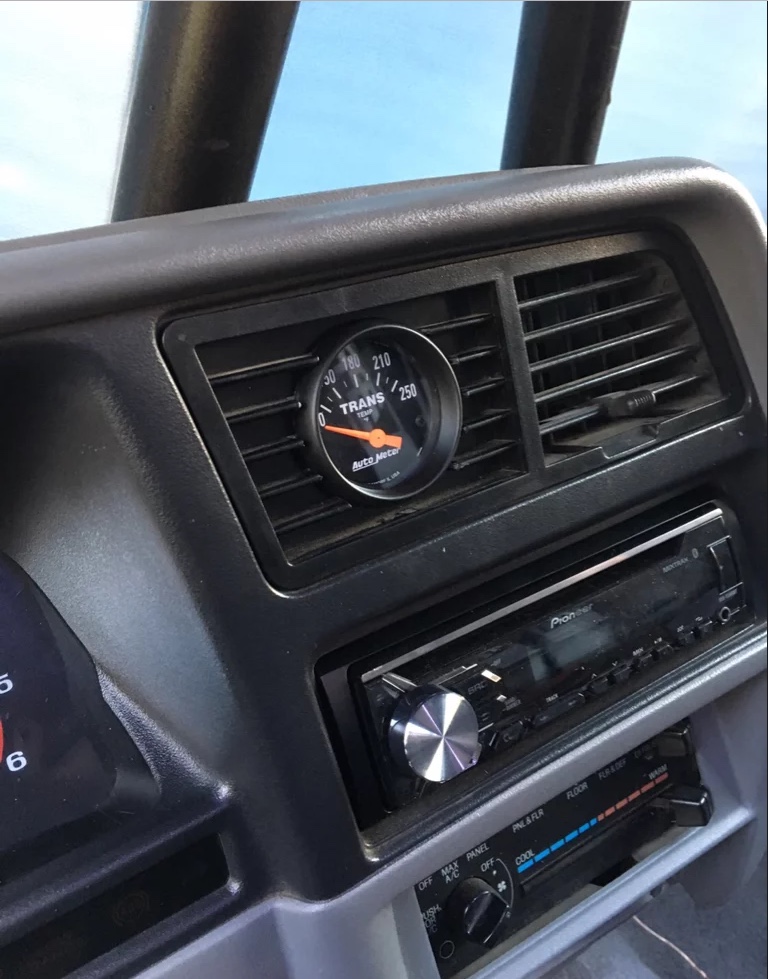 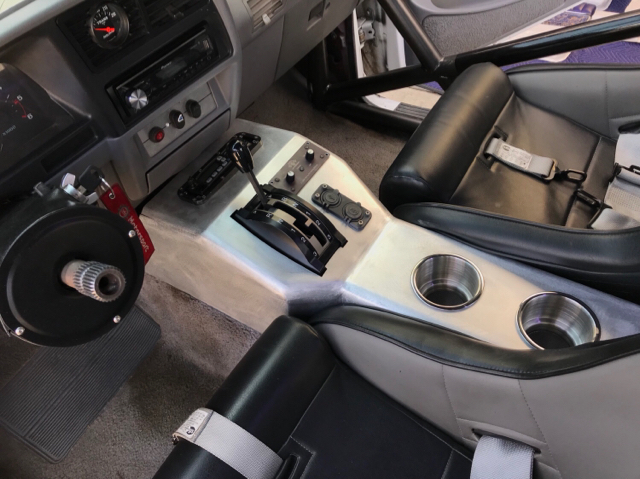 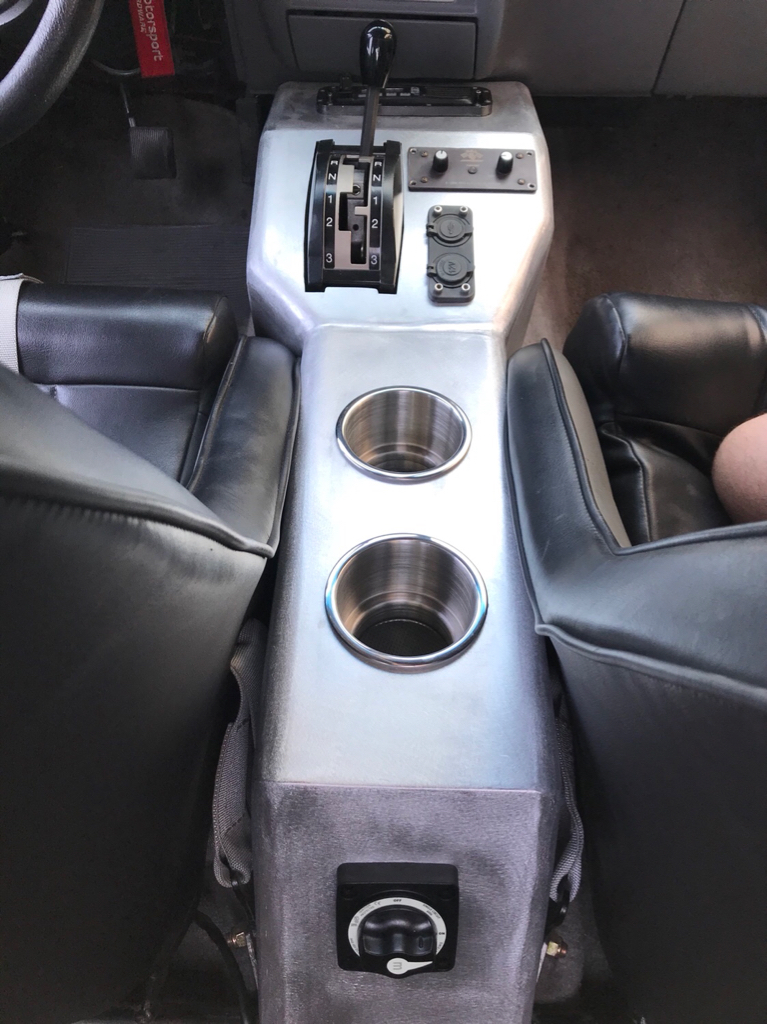 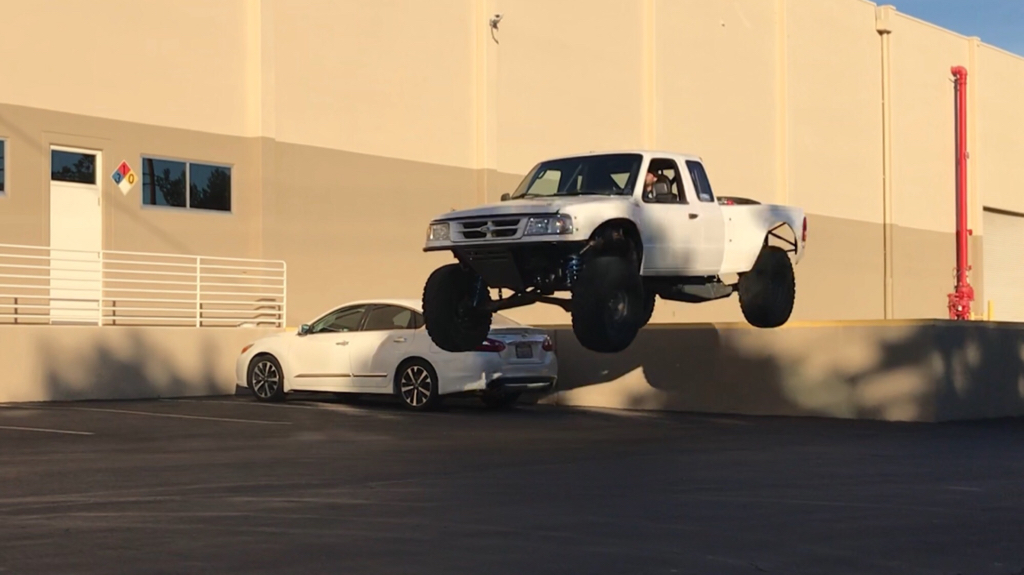 Sent from my iPhone using Tapatalk
Last edited: May 2, 2018

Nice build, reminds me of my project going on almost 10 years now, I am finally finishing this year...

Thanks guys! So I finally got the center console done and wired up. Found a website that makes you custom switch labels which I thought were pretty awesome for for about $2.38 so I couldn’t pass that up.
Here’s some pics of it installed 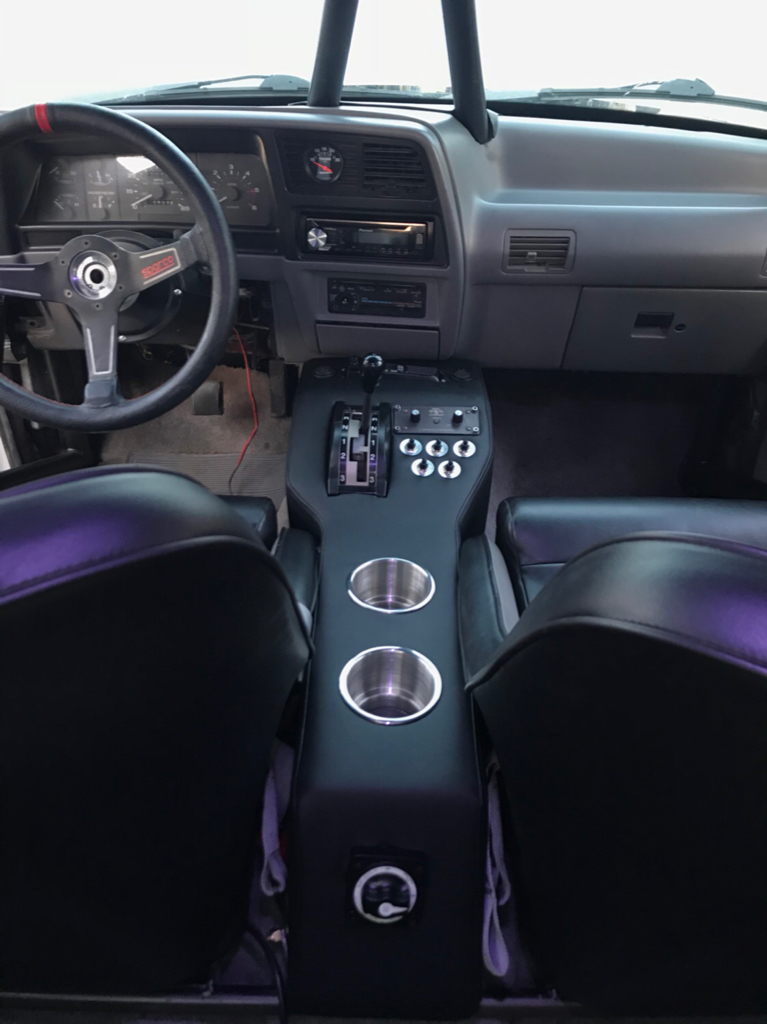 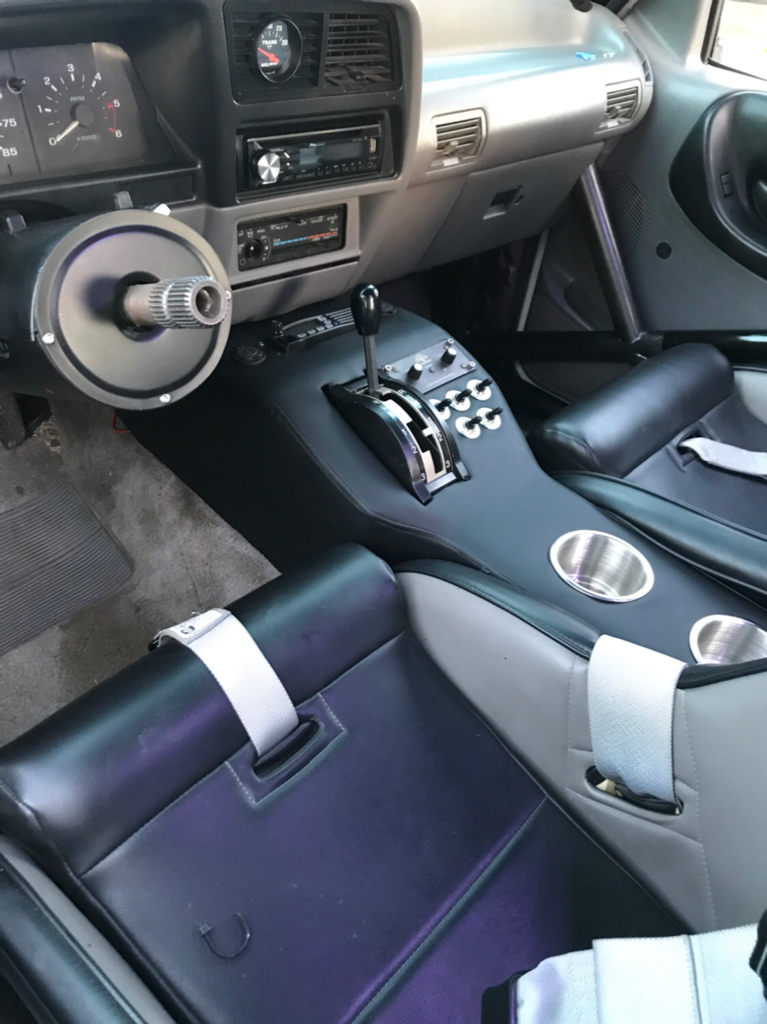 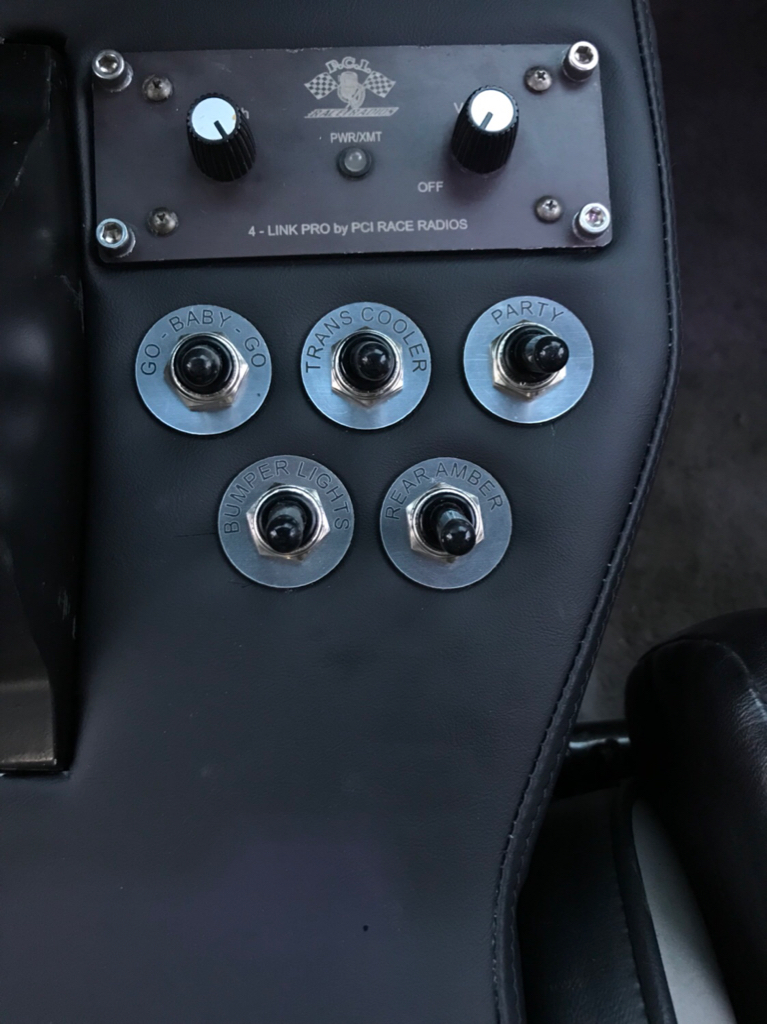 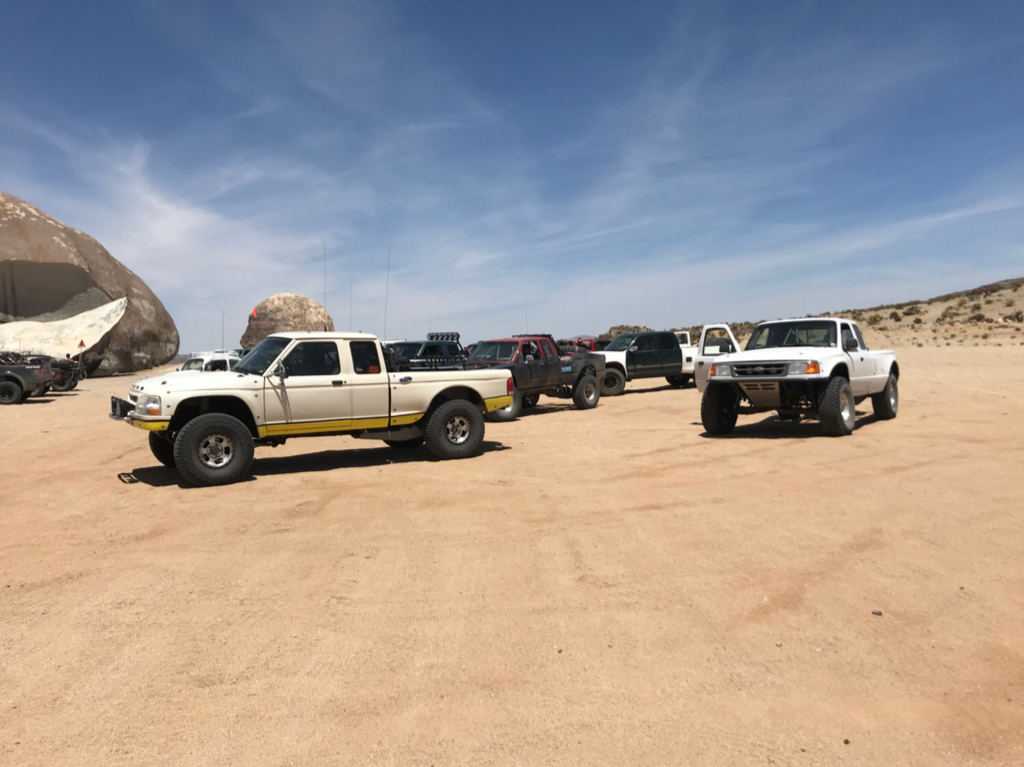 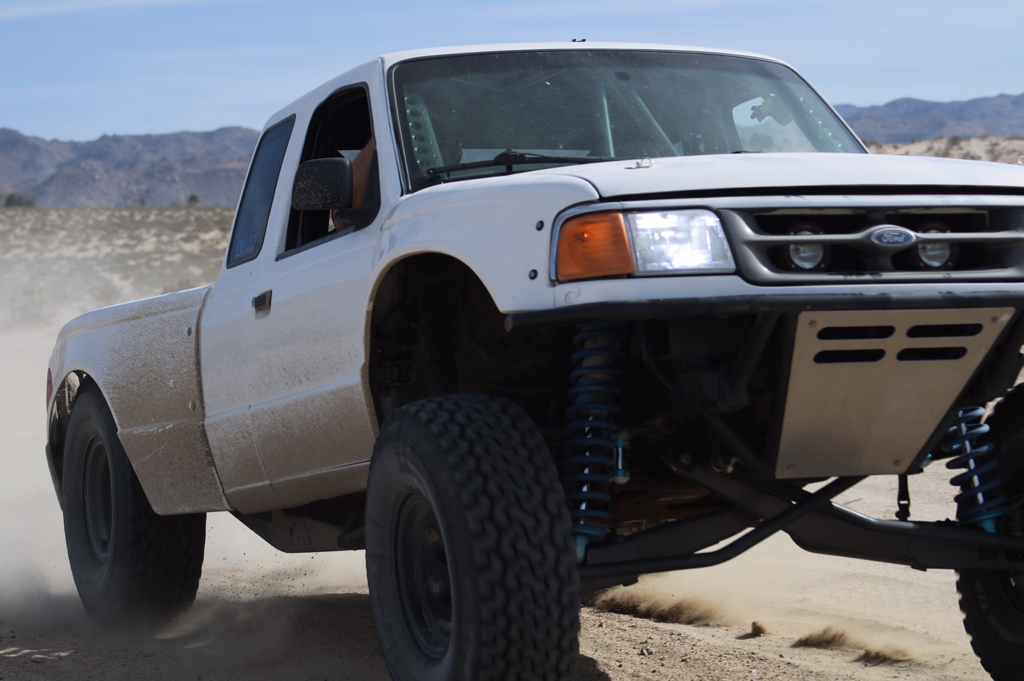 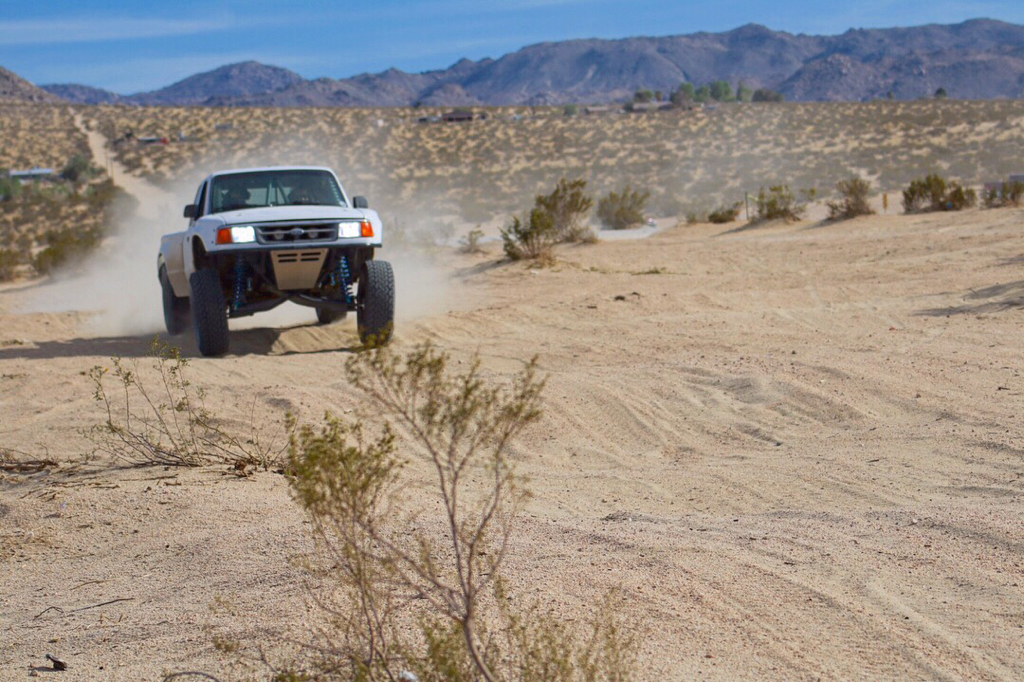 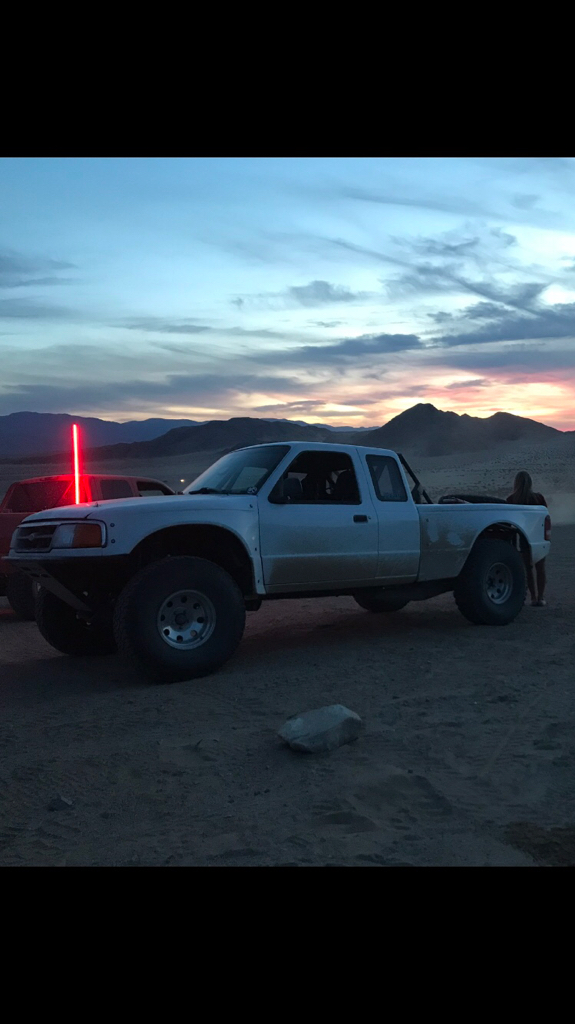 as all of us always say/think... i NEED more power. this tired ohv 4.0 is just not cutting it. is there any somewhat economic ways to make significant power out of these engines? and by economic i mean cheaper than what itd cost to just swap a v8 in haha
thanks for any help
You must log in or register to reply here.
Share:
Facebook Twitter Reddit Pinterest Tumblr WhatsApp Email Link