Looking at the mounting flanges and how much room there is between the hitch and the bumper, I’m wondering if they are supposed to go on top of the frame instead of the bottom.

If you have a 3 inch body lift... it explains everything. You also have relocation brackets to move the bumper up 3 inches.

People typically cut and reweld the hitch to move it up too.

After removing stickers it doesn’t look too bad at all 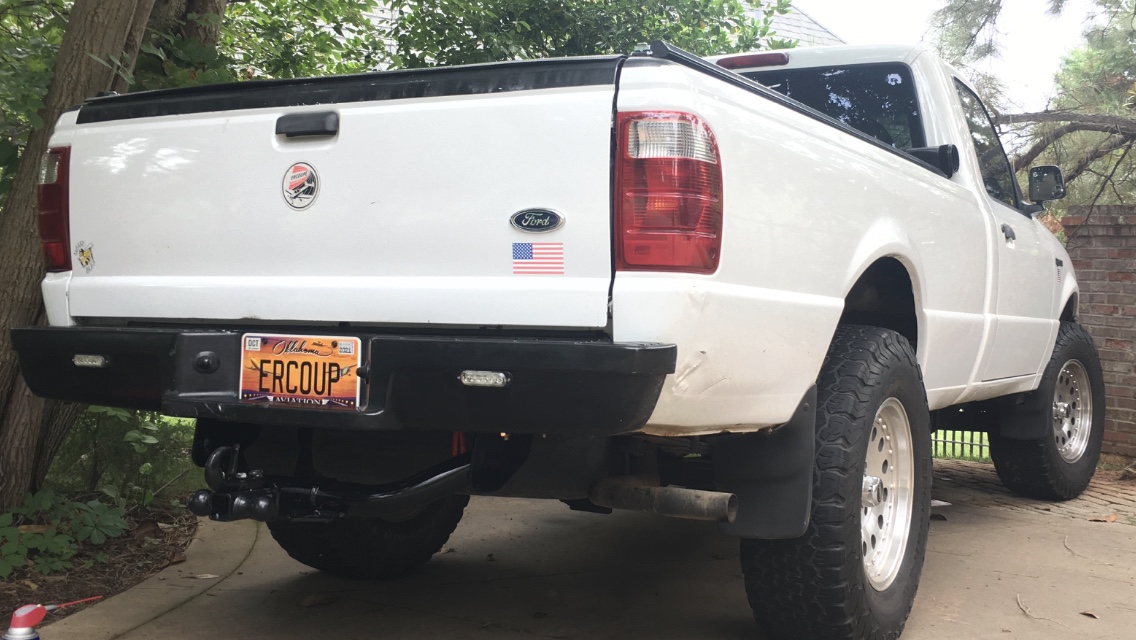 It will be fine for what you need it for.

If you take it off road and need to gain departure angle... just pull it off before you go.

I've seen those bumper mount receiver hitches and thought well its a great idea but in no way would you probably want to tow 3500lbs from the bumper....I think the bumper is only rated for 1,000lbs? However, for light duty use I don't see what that HF hitch wouldn't work, and just remember a lot of things are very under-rated for actual capacity to allow for a lot of fudge room for people that are known to overload everything LOL.

I got a standard Class 2 receiver hitch for my 87 Ranger from a pick a part yard for $25...took me maybe 5 minutes to remove with my 20V 1/2" impact gun. Managed to find another Class 2 receiver hitch for my 88 Bronco 2 as well a few weeks prior. Its another option you may want to look into, usually you can find them at pick a part yards. They're bolted on normally so pretty easy to remove with a cordless impact gun.

I took a flap disc and cleaned the receiver hitch up and then sprayed it with a couple of coats of vehicle undercoating before installing the one pictured on my Bronco 2. The receiver hitch on my Ranger looks the same but the Ranger one isn't as wide if I recall as the frames on a Ranger and Bronco 2 are different. The back frame on the Bronco 2 is wider due to the gas tank having to fit between the frame rails.