2.9 Sierra vs. Ranger Intake Comparison - Side by Side Photos

Just thought it would be interesting to see the difference side by side. 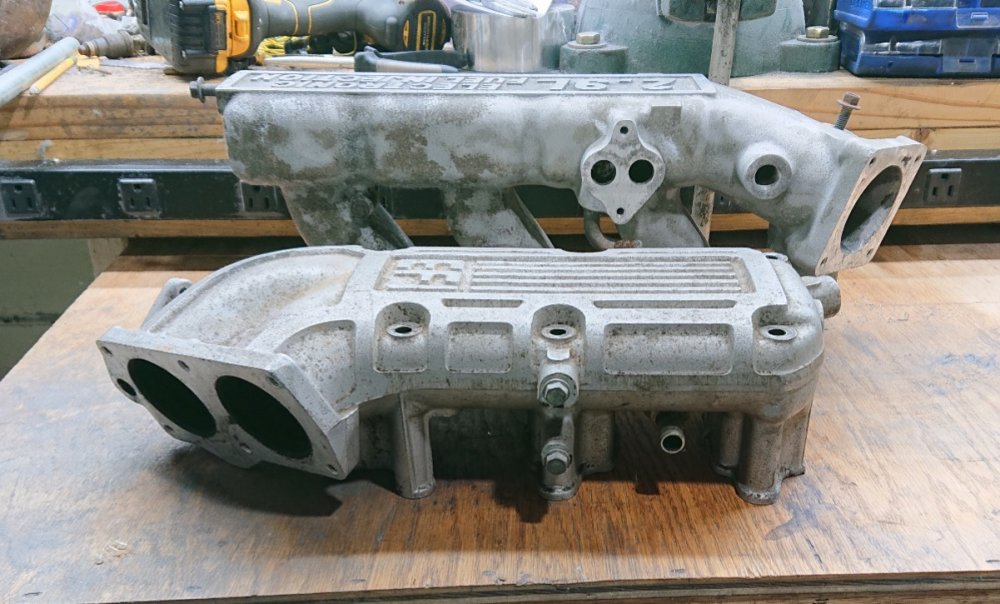 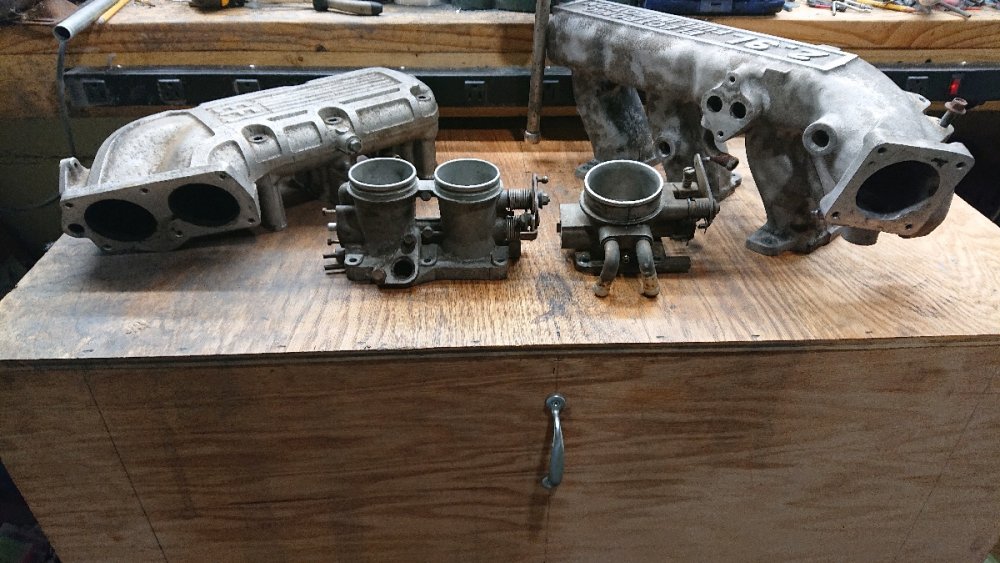 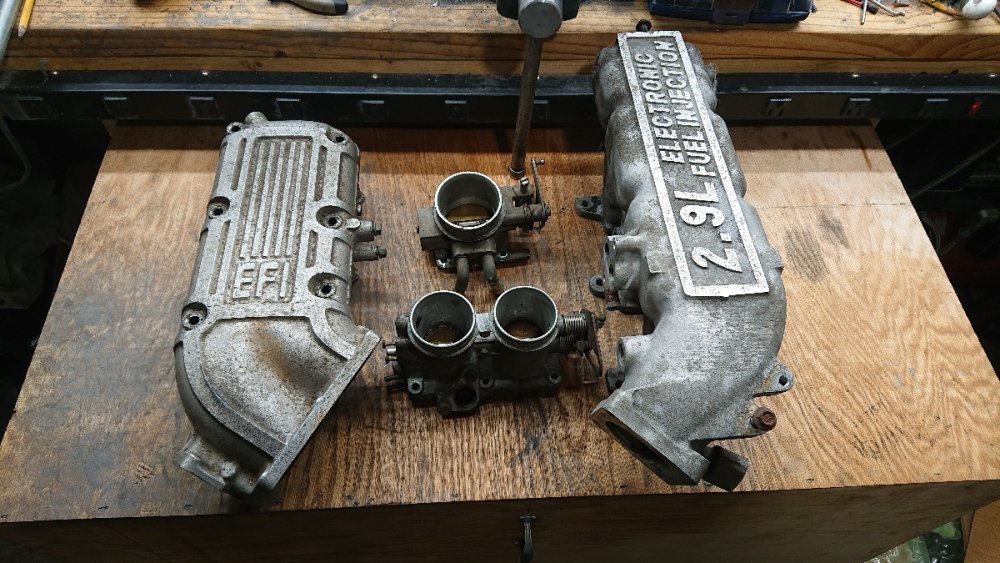 That TB from europe is damn near double the flow of the american one.

You can definatly tell though the american 2.9 was designed to flow better at lower RPMs though.

Here's some more for ya, then. Nudez and all.

Side by side of a UK (VAM, possibly MAF, just going by DTC codes it gave when I ran it on my 2.9) and an American speed density ECU. American is on the left, UK is on the right. 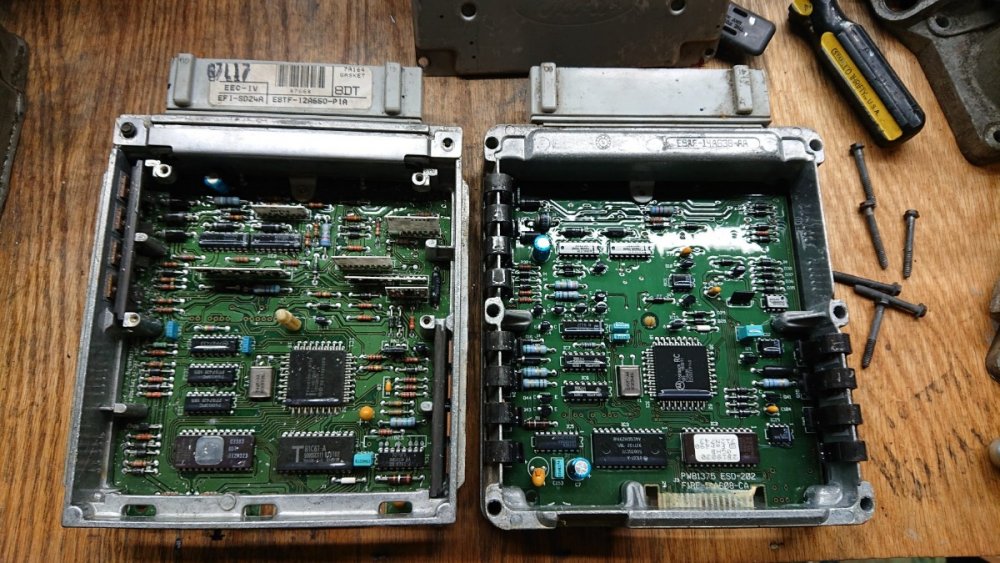 Front label of the UK ECU 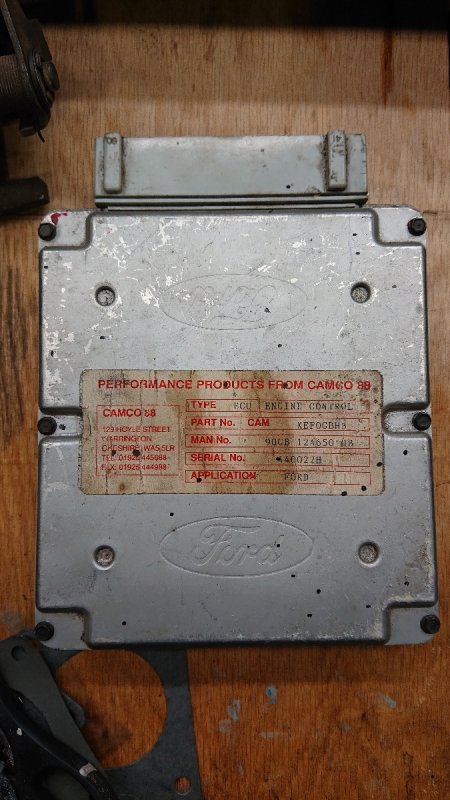 All of this made possible by @kunar. THANK YOU!

The UK ECU was from an auto; tripped a bunch of DTC codes when used about shift solenoids (my truck is a manual). Thanks to some old posts by @RonD, I think I figured out a way to simulate the shift solenoids by using two 30-40 ohm resistors in the transmission harness, each run from the 12v wire to the EEC grounds.

Figured it would be worthwhile to get these photos up for posterity's sake, if nothing else. For the life of me, I couldn't find a side by side comparison of the two. 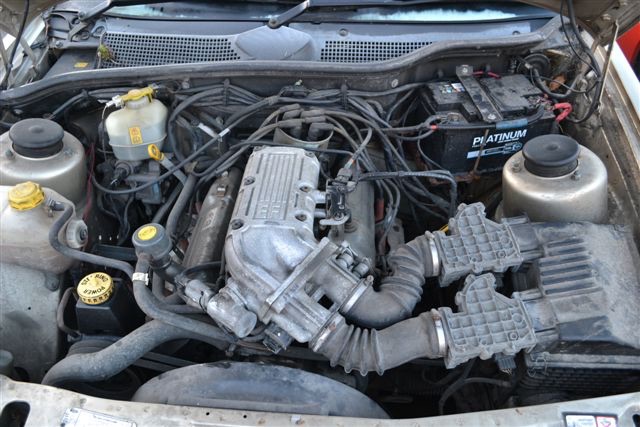 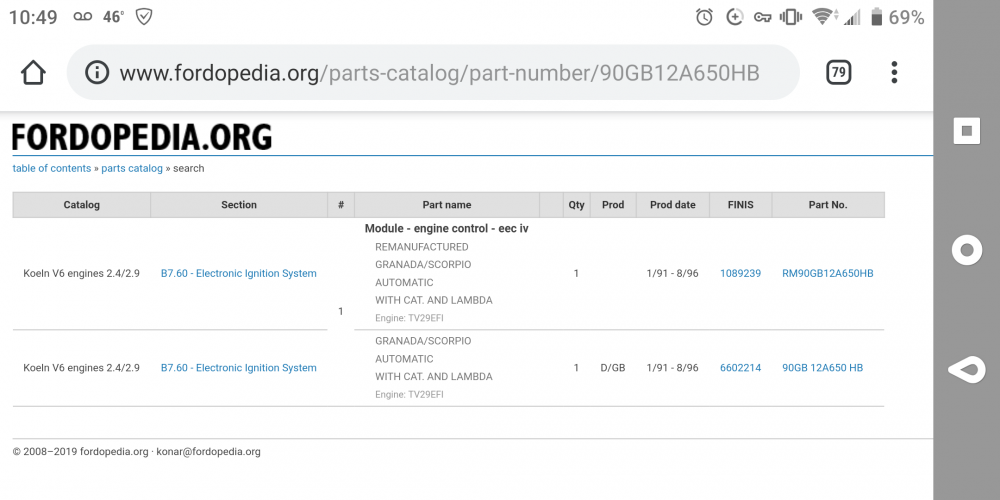 So... How much is interchangeable? How does the European model compare to the American model, performance wise? If it nearly doubles air flow, does it have bigger headers to handle it?

I guess the most important question is, how available are parts here in the US?
You've got my curiosity peaked, that's for sure!

Throttle bodies, side by side. 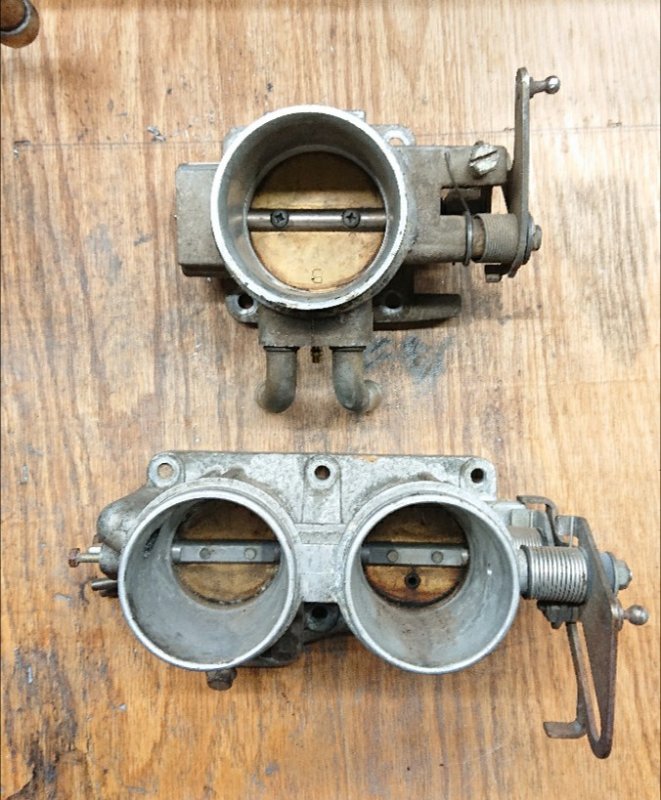 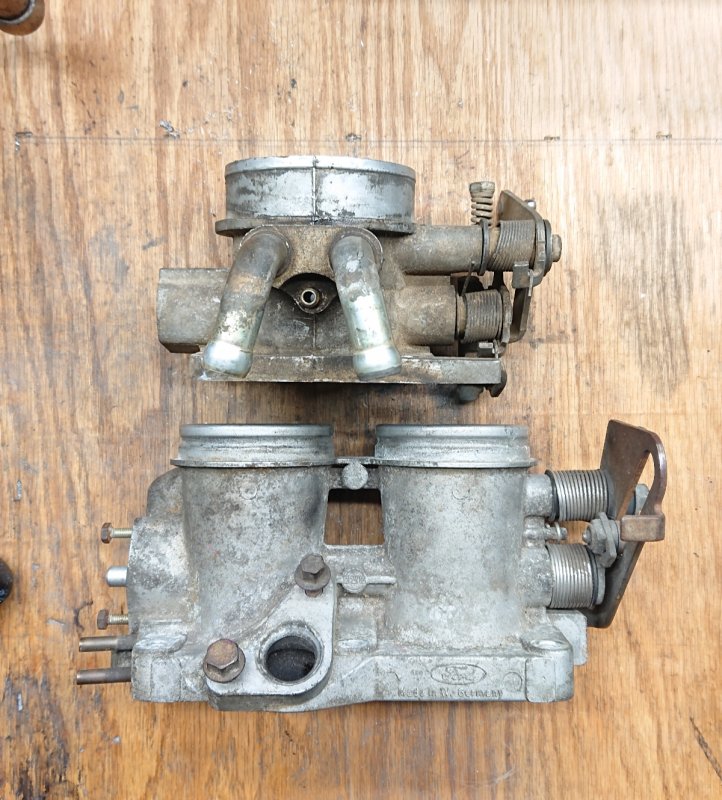 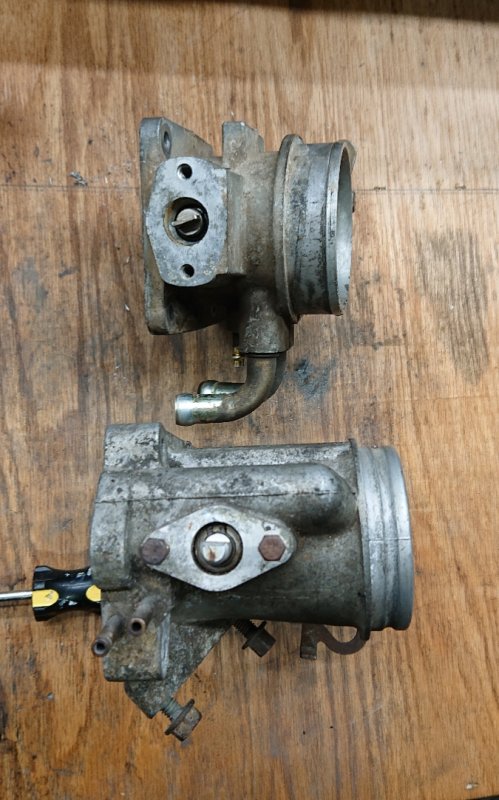 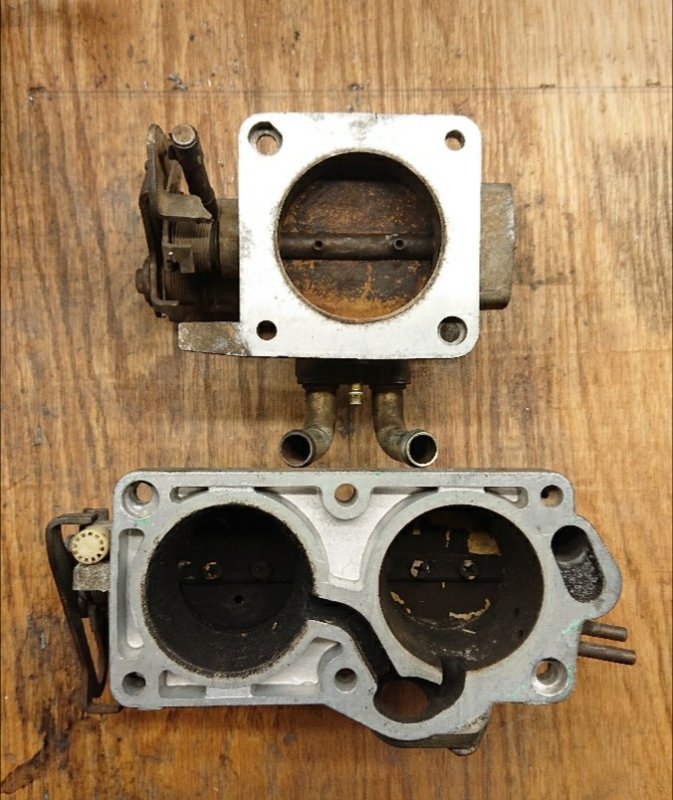 So from what I can tell, there's a few subtle differences. Most striking is the TPS shaft appearing to be completely different.

The UK plenum is also fully walled down the center, with the exception of the port in the throttle body and a small port in the back. Not sure of its function yet.

Edit: port in the rear is for the UK fuel pressure regulator.

Other than that, the bolt pattern is different in one position. Looks like we finally figured out what that extra tab is on the upper intake gasket.

As soon as I source another air hose and filter, it's getting put on.

Just going from wiring diagrams I found and need to scan and upload, the computer's primary difference seems to be that it accepts dual vane air meters. Discussion with a few Ford guys overseas is eluding to an interesting conclusion that with this computer, it is possible to run dual MAF sensors in place of the vane air meters to have a true dual throttle body setup. Definitely need some ECU experts to chime in on this, though. Here's looking at yinz, @deathbypsi and @adsm08
Last edited: Apr 27, 2019

Nez'sRanger said:
So... How much is interchangeable? How does the European model compare to the American model, performance wise? If it nearly doubles air flow, does it have bigger headers to handle it?

I guess the most important question is, how available are parts here in the US?
You've got my curiosity peaked, that's for sure!
Click to expand...

If I can get a dyno day, I really want to put these head to head. My heads are aftermarket and ported, and I'm running JBA headers and a 2.5" exhaust, so the results may be a bit skewed compared with a stock Ranger engine.

A few resources on the UK ECU.

Not precisely correct, but a starting point. 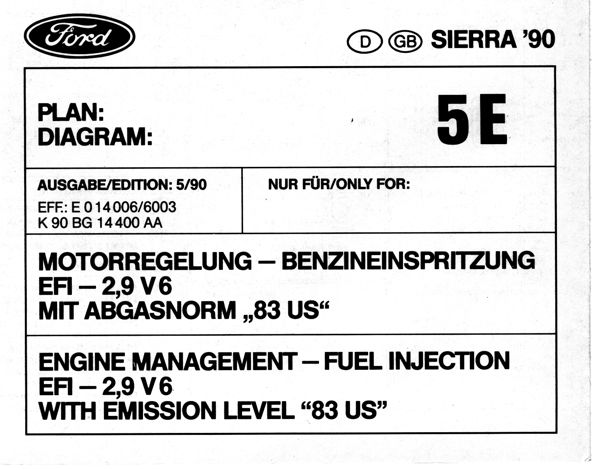 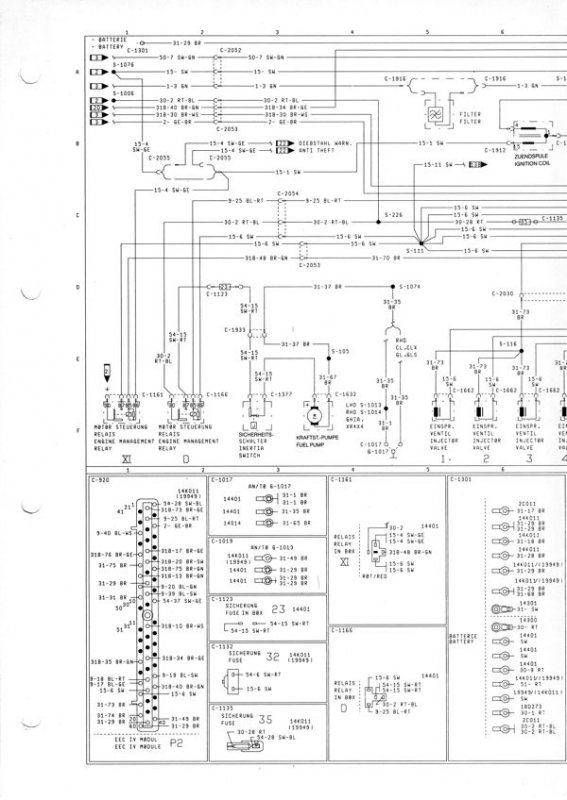 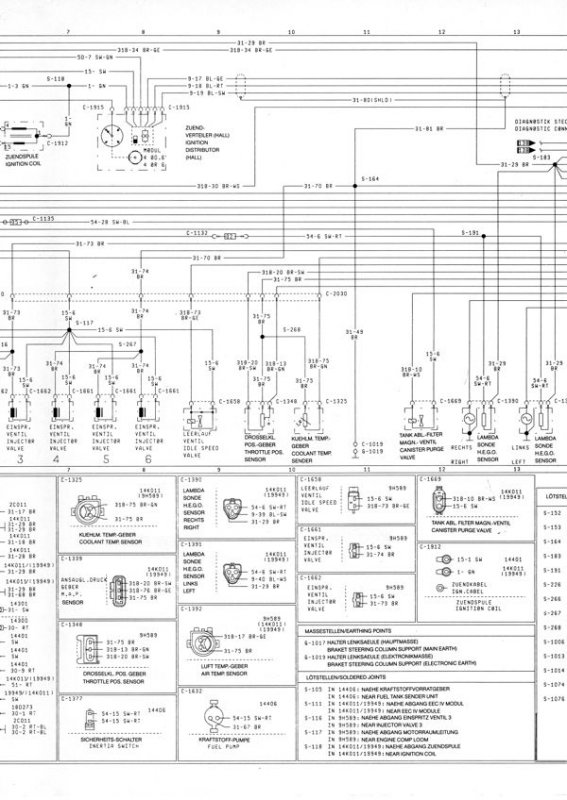 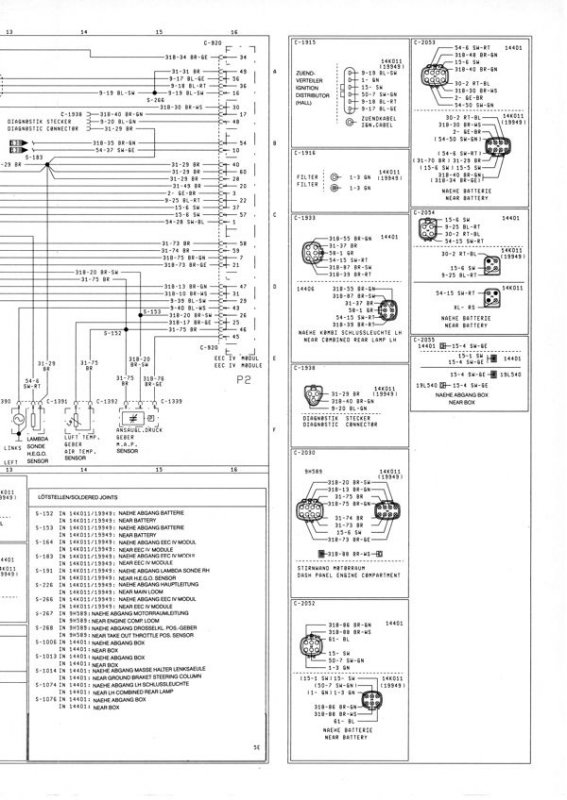 The UK ECU has an additional edge board connector... What is that used for?

Uncle Gump said:
The UK ECU has an additional edge board connector... What is that used for?
Click to expand...

Some context that may give clues, though.

When Ford originally built the 1987 Sierra RS500 2.0l Cosworth for Group A rally racing, they bolted a second fuel rail onto the engine, complete with injectors that were deactivated in the road cars that were sold to the general public. These injectors were on the production models so that they could be on the race versions as well. For rally racing, they simply activated the second set of injectors. 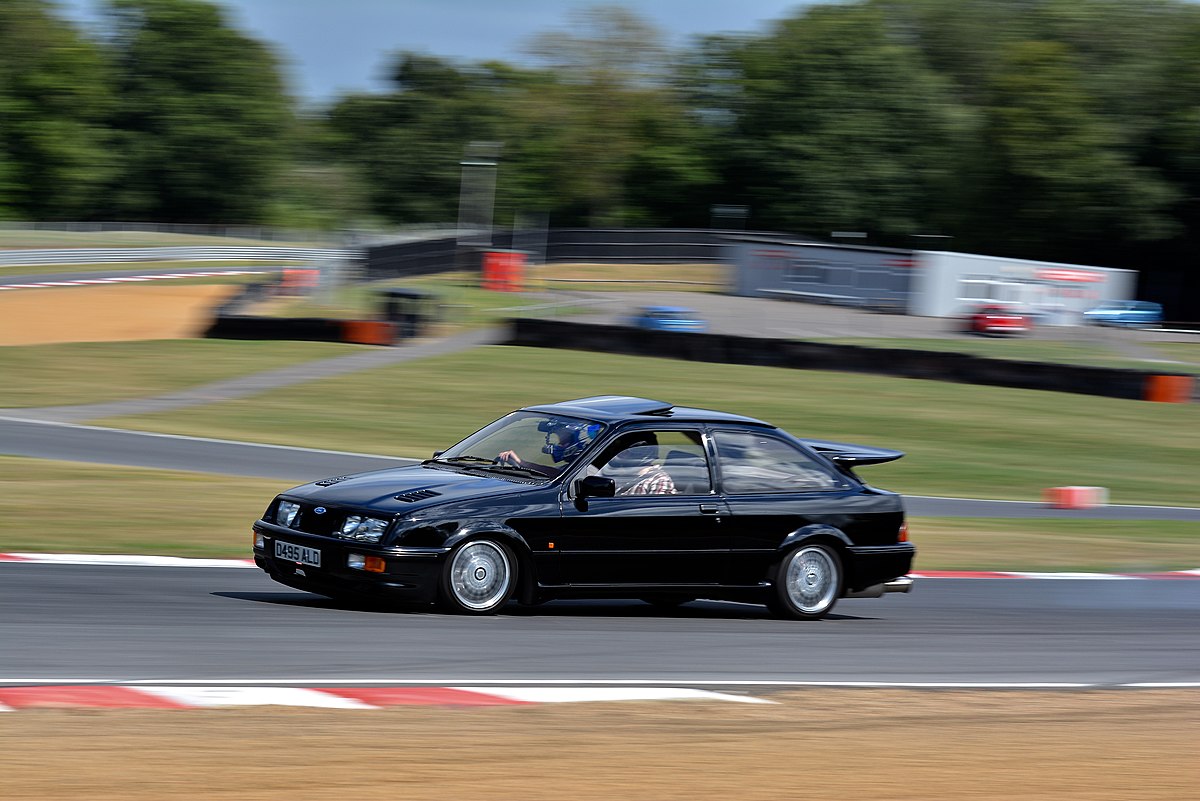 The Sierra was the same model group as the Merkur Scorpio, Ford Granada, Ford Capri, and Ford Scorpio. All of these used the 2.0 or 2.9 engines. Our Rangers share so many similarities that I did no modifications to my Ranger's wiring, plugged the UK ECU in last night, and it ran. It would have been such a beautiful thing if they would have offered a Ranger Cosworth.

It would not surprise me if the 2.9l ECU had something similar built in for European rally. Seeing as how Ford Germany would occasionally slip components into production models so that they could use them in competition, I am highly suspicious that this is a similar trend.

Another thought is that Cosworth also put their hands on the 2.9l for the 24v version. Depending on the true year of the ECU, it's possible that the extra edge card is for Cosworth versions only, but I am unsure.

There's also the possibility that Camco modified the ECU with a port for "something." they were a well known performance shop in the UK that specialized in Ford.

I am fervently researching as best I can to figure it out. The most striking thing between the two was the upgraded chipsets to Texas Instruments components, and the overall build quality.

There's more than likely something suspicious going on with it. Back in those days Ford was going up against Audi, Porsche, Lancia, etc. in rally and winning. It seems unlikely to me that this is just a fluke, or doesn't have a purpose.

I just didn't see it on the schematic you posted... and had to ask. 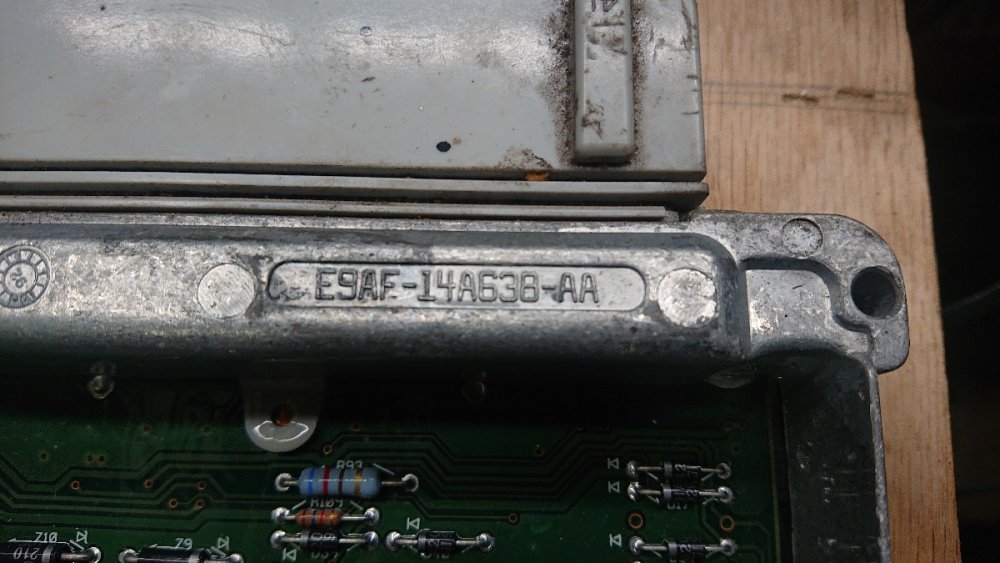 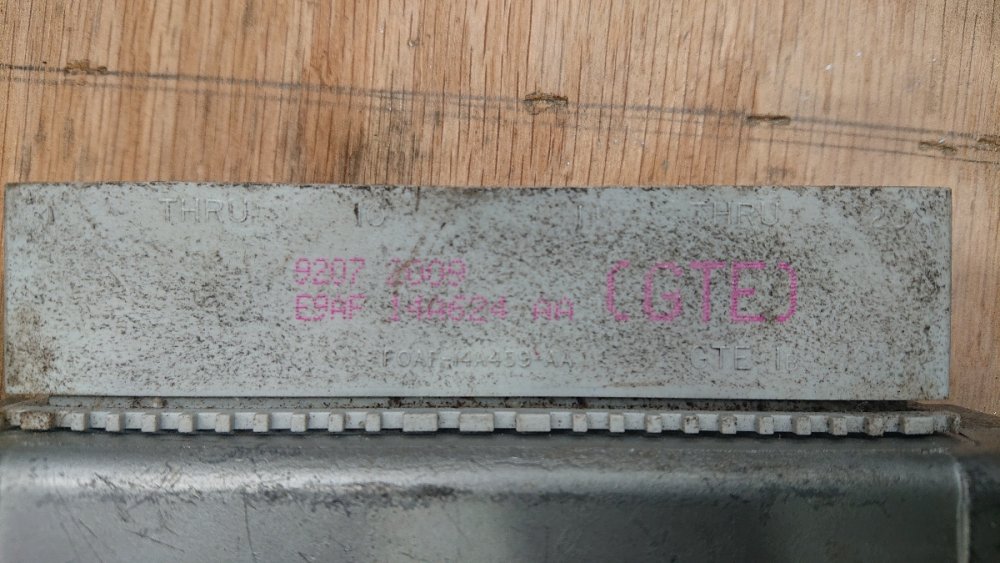 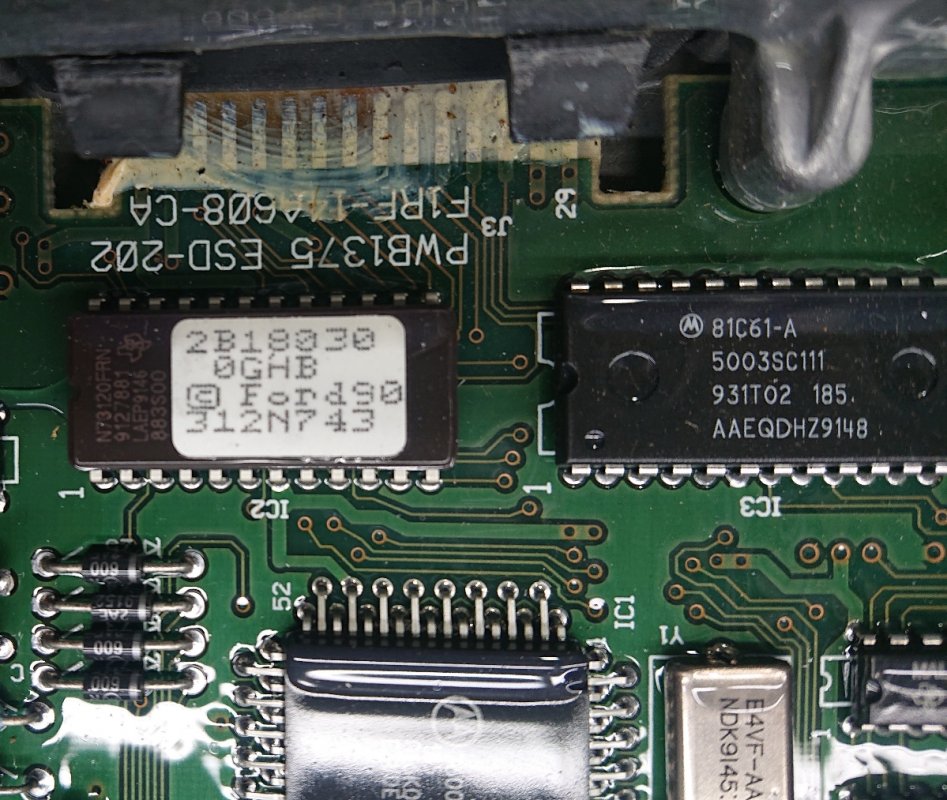 Just on a cursory Internet search, it looks like this is a forced induction capable computer.
Last edited: Apr 21, 2019

I wonder if there were differences in the euro early 2.9s and later ones like in 'murica.

Once again, just for posterity's sake, figured out the reason the Sierra computer idles rough/crappy is the base timing on a 12v 2.9l Sierra/Granada/Scorpio is 14 deg. BTDC vs. the Ranger ECU at 10 deg. BTDC
You must log in or register to reply here.
Share:
Facebook Twitter Reddit Pinterest Tumblr WhatsApp Email Link