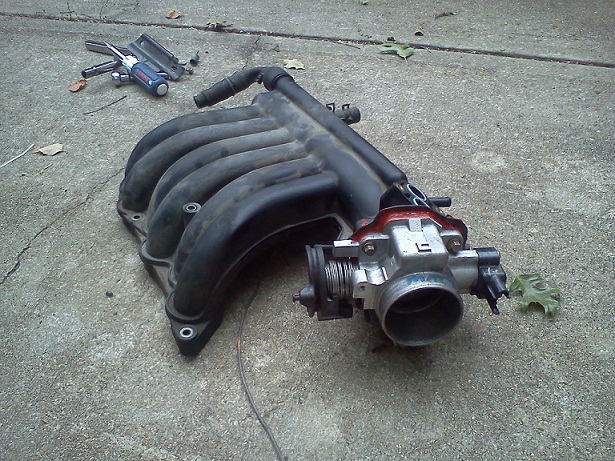 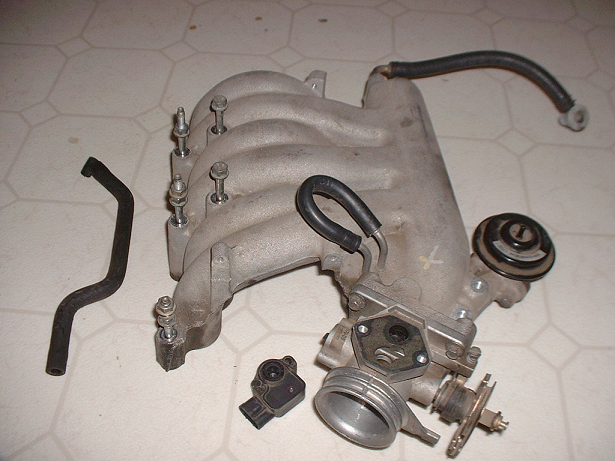 Ford also offered a 3.0L DOHC Duratec engine with a 60mm throttle body in these vehicles:

Note: This is not the same engine as the 3.0L OHV Vulcan that came in the Ford Ranger.

You can also check the 8th digit in the Ford Taurus VIN: 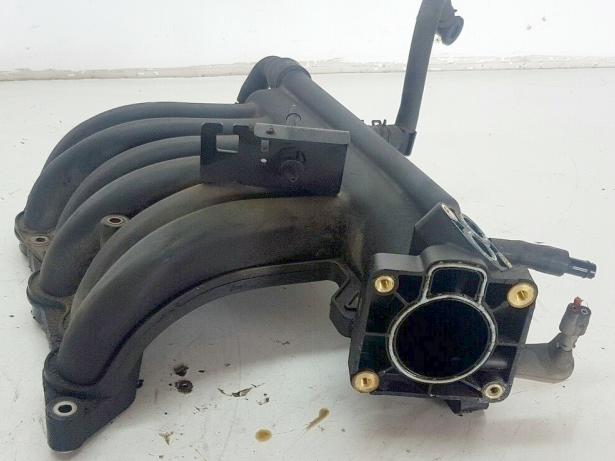 Here is a comparison between the stock Ford Ranger (left) and Ford Escape (right) throttle bodies view from mounting flange: 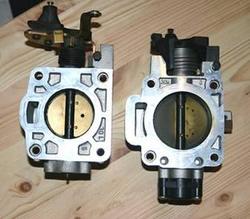 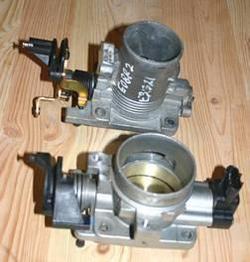 Detail view of area to be ported on the stock 2001 and upper intake manifold for fitment of 60mm throttle body: 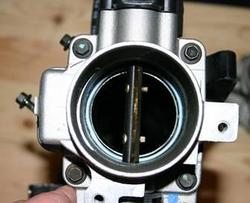 You can see the lip of the intake when looking through the throttle body. This will have to be ported to allow for smooth air flow: 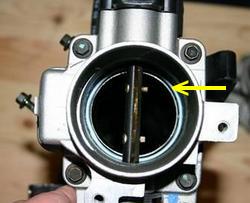 Detail view of voids (gaps) in air bypass channel in Escape throttle body that must be filled with JB Weld or other metal epoxy to avoid leaks: 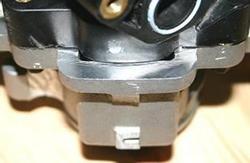 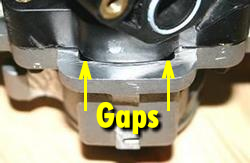 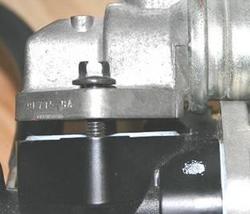 View of the port work done (on intake) to accommodate the larger throttle body, also shows epoxy used to fill in the voids surrounding the inlet to allow gasket material to be used instead of stock O-ring: 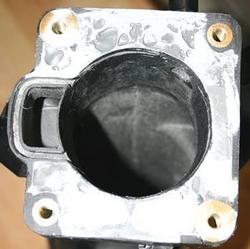 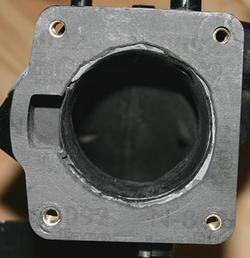 View of material removed to provide clearance for IAT sensor: 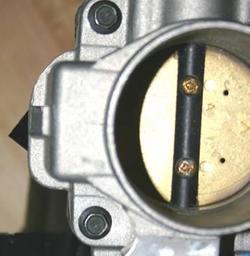 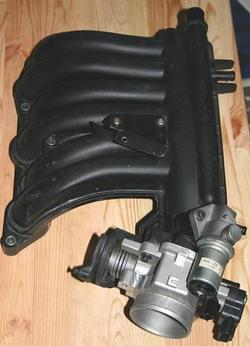 More On Porting The Intake: 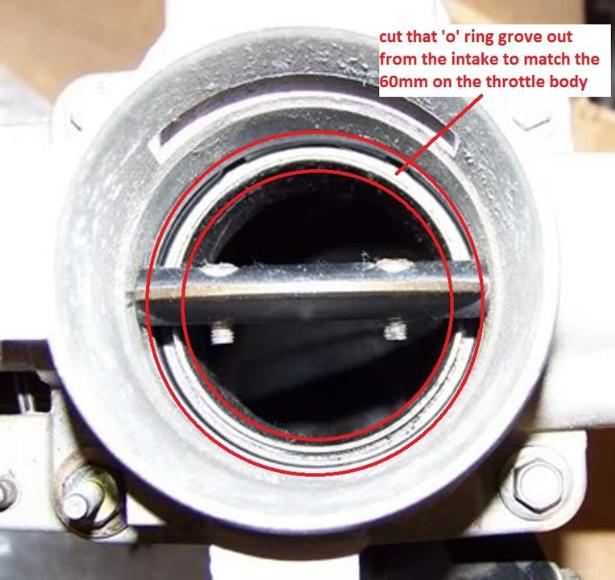 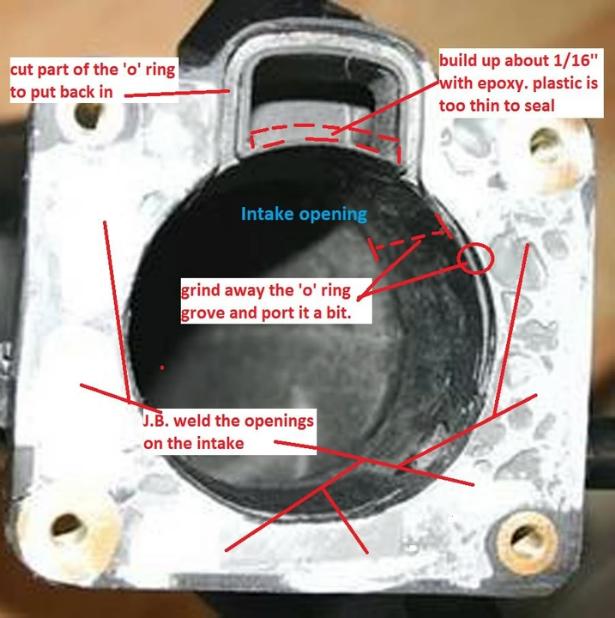 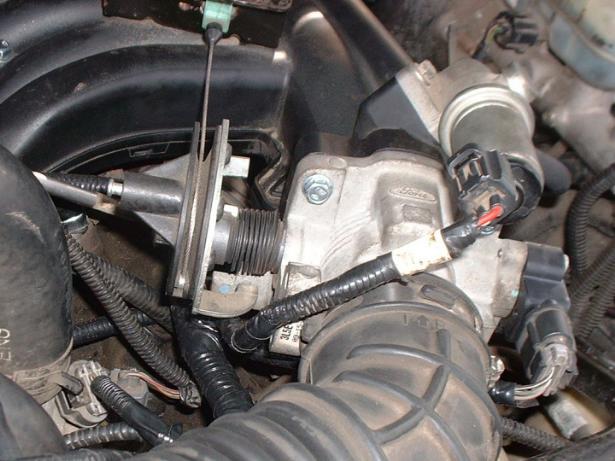 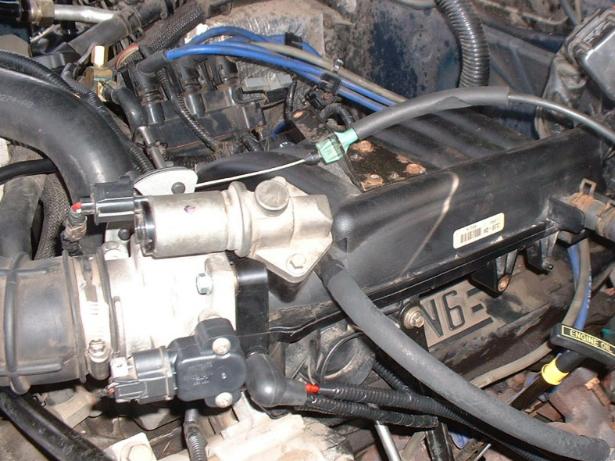 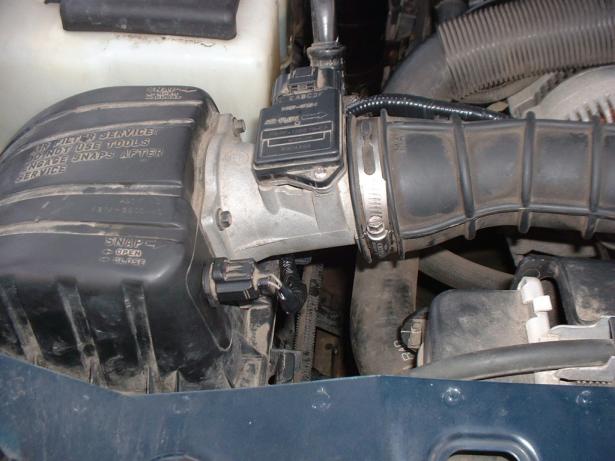