2002 EcoBoost Swap In To A Ford Ranger

First off you have to consider what you are starting with. Any ranger that has a 2.3 Duratec (2001 1/2+) and is 2wd and 5 speed (Mazda M5OD-R1 transmission) will be a perfect candidate for this swap. I am not familiar with the automatic transmission, and same goes for the 4×4. You would have to do your own research for that if that’s what you have.

Where Are You Getting Your 2.0/2.3 EcoBoost Motor?

ebay has a fair share of them, and one can easily be had for under $1000. Mine was from a 2013 escape. anything 2012+ with an EcoBoost will work. Also take into consideration whether your motor comes with a wiring harness and all the sensors. (below I will have part numbers for the motor harness and sensors that are in the intake and intercooler)

Sensors And Miscellaneous Parts That You Will Need:

(keep in mind part numbers may differ from vehicle to vehicle, but the majority of plugs and electronics should be nearly identical. I.E. a map sensor on a Ford Focus ST and a map sensor on an Escape have a completely different part number, but they are interchangeable and function the same)

Intercooler (MAP?) sensor: should come with whatever intercooler you order

Exhuast v-band clamp (this part varies between different vehicles and years, but if your turbo doesn’t have bolt holes and uses a v-band clamp this will be the one, its a very odd size) : CV6Z-5A231-C

Aside from those, everything else should come with your controls pack

The stock 2.3 Duratec radiator will not flow enough to keep the EcoBoost cool. You will want to get a radiator from a 4.0 Ford Ranger that flows much more. It is a direct fit, and your coolant overflow from the 2.3 radiator will no longer be needed.

I went with the stock intercooler that EcoBoosts come with. ebay is your best friend!

(when looking for an intercooler, try to find one with the MAP sensor in it included. I’m writing this at 2 am and do not feel like going to pop my hood to get the part number for that sensor) 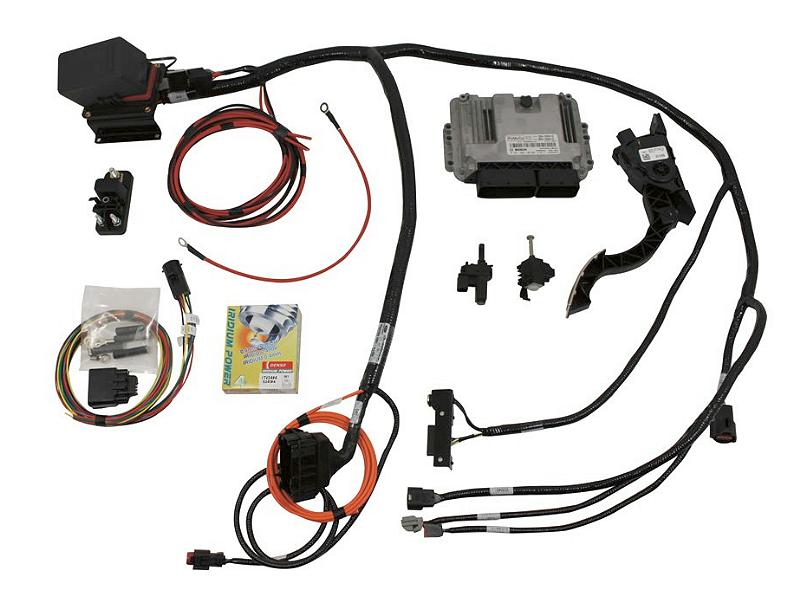 Oh, you thought it would bolt right up? wrong, kinda… and here’s why;

Firewall modification (A sawzall is your best friend)

Your first struggle will be the cam driven vacuum pump and fuel pump on the back of the motor. These are why the firewall needs to be cut and reshaped. The area you have to cut into is right in the ducting for the heater core, so unless you love carbon monoxide poisoning, I would highly suggest you make sure you reseal your cut out sections in the firewall. My truck doesn’t have heat at the moment. All the ducting is blocked off. Here are some pics to get an idea of how much had to be cut.

I used sheet metal and sprayable insulation foam to reseal after the cutting. I would suggest not welding in this area unless you want to catch you whole cab on fire.

The stock 2.3 Duratec driver side motor mount bolts right up and fits fine. The passenger side is a different story. 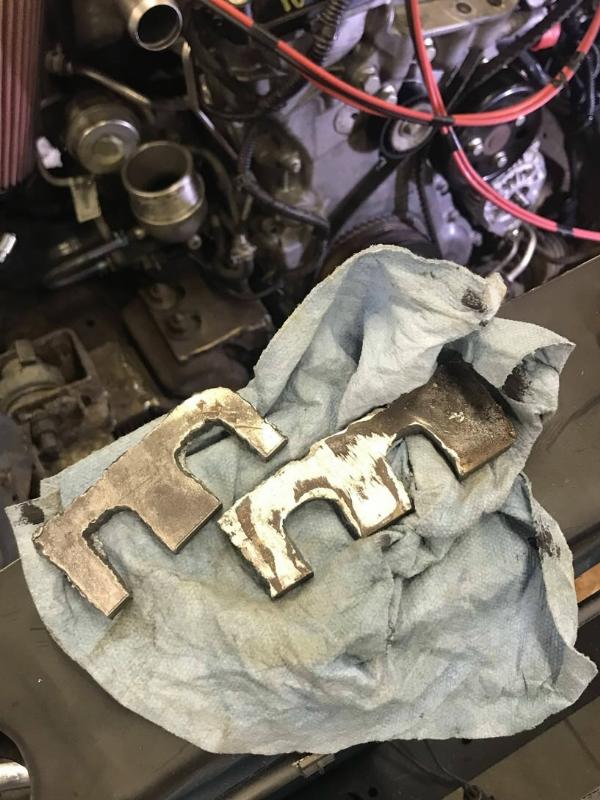 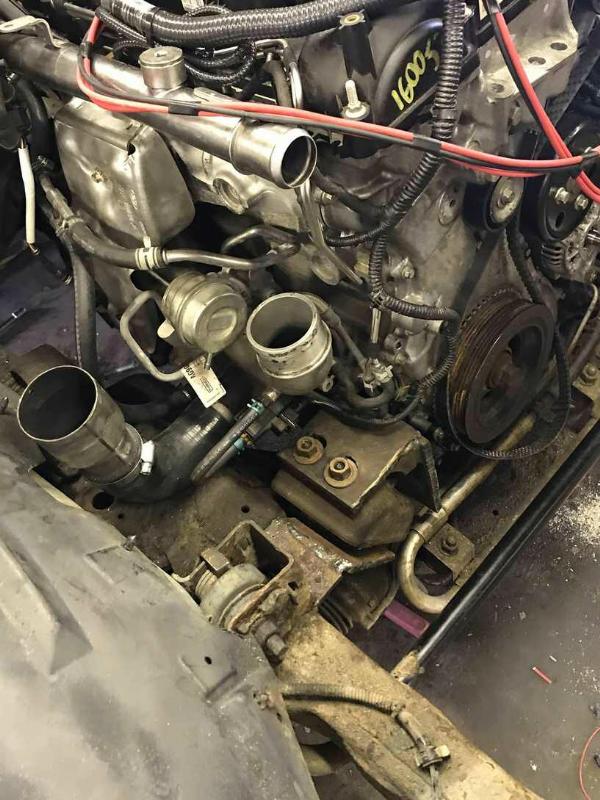 Basically for the mount, you’re going to want to unbolt the factory frame mount, and make a triangle around it, make a new plate shifted forward on the frame, and drill out holes to bolt it up. You will have to weld this if that is not already obvious. Then the little 1-inch motor lift spacers just simply slide under the mount to raise the motor.

After all the mounts are made, you should be able to fully bolt in the motor.

TRS Note: When asked why it was deleted, the author stated that “the power steering was deleted because I didn’t have a good spot to mount the pulley anywhere. Just one less thing to go wrong.”

An option would be to swap to electric power steering. Check out: 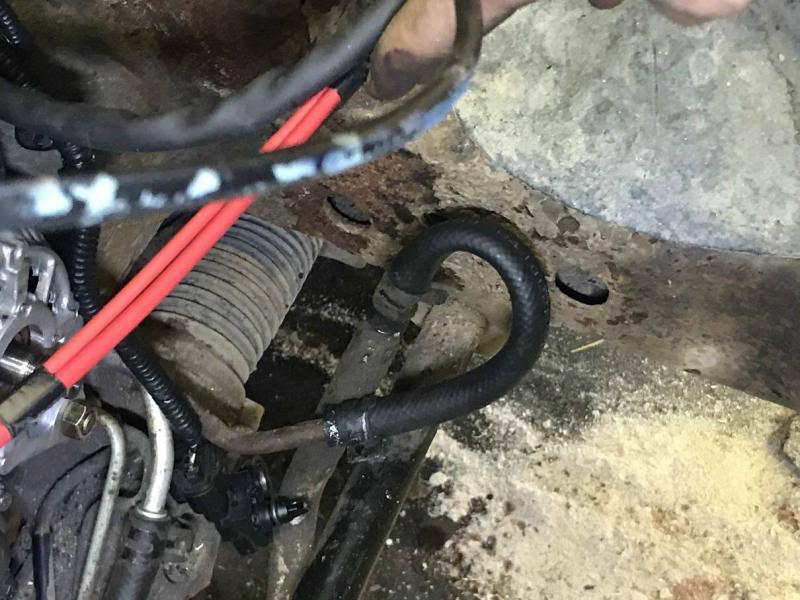 This one is fairly simple. I ordered a 70 amp Denso 1-wire alternator for $100 off of ebay and began mocking it up. Here’s what the brackets and alternator look like once in place. Keep in mind that you will need to get a new 4-spline pulley for this alternator. The serpentine belt should be 1325mm in length and 4-spline. Go to an auto shop and ask them for that, they should be able to help you. Alternator pics! 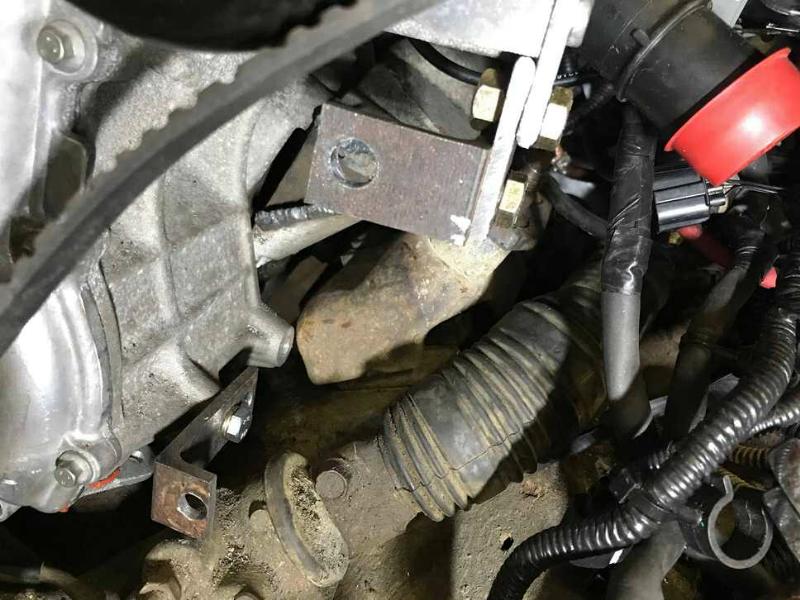 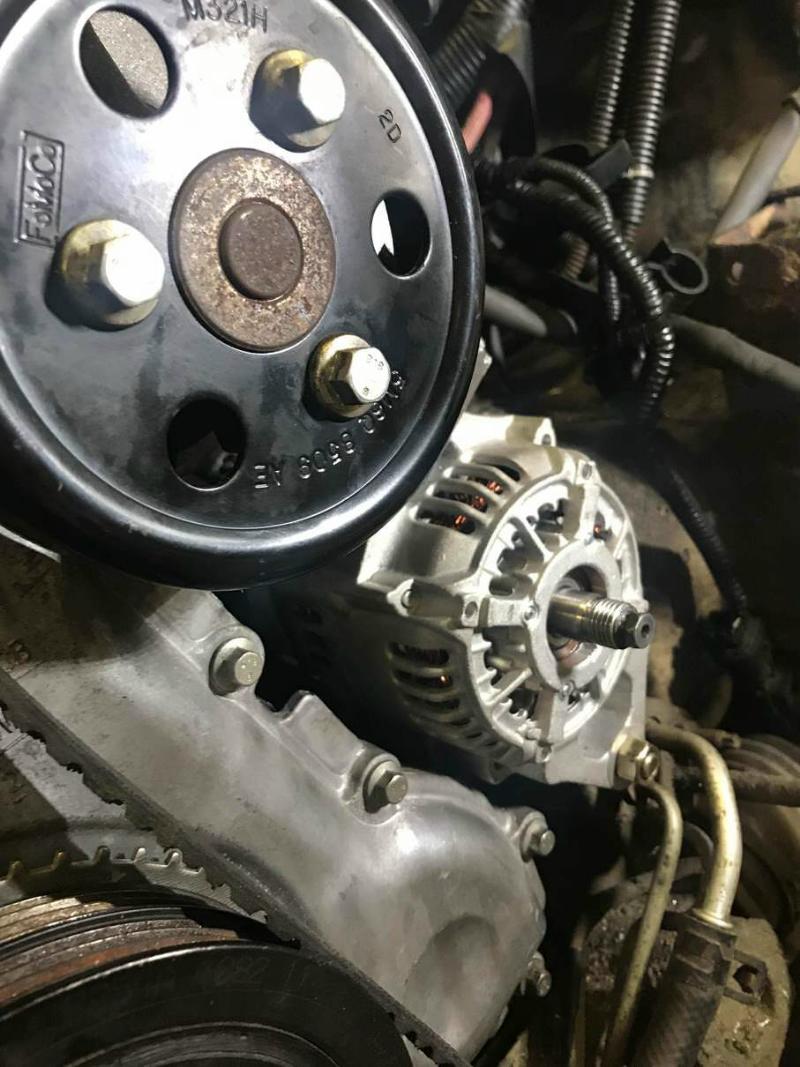 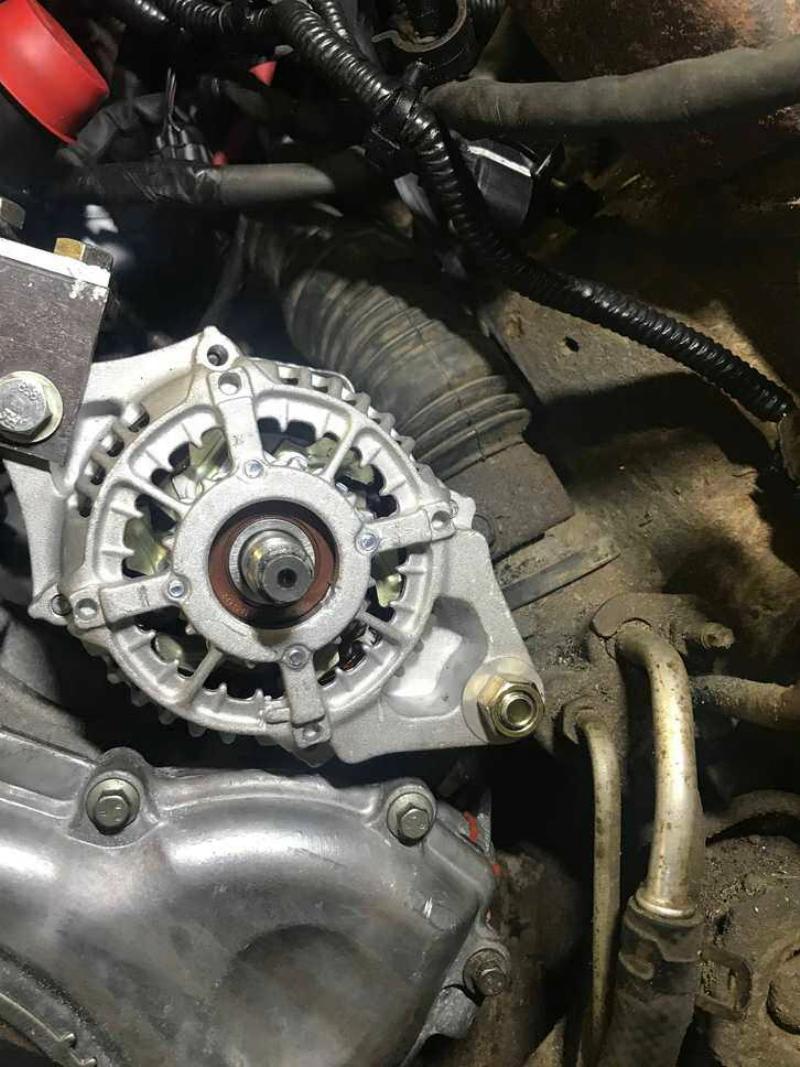 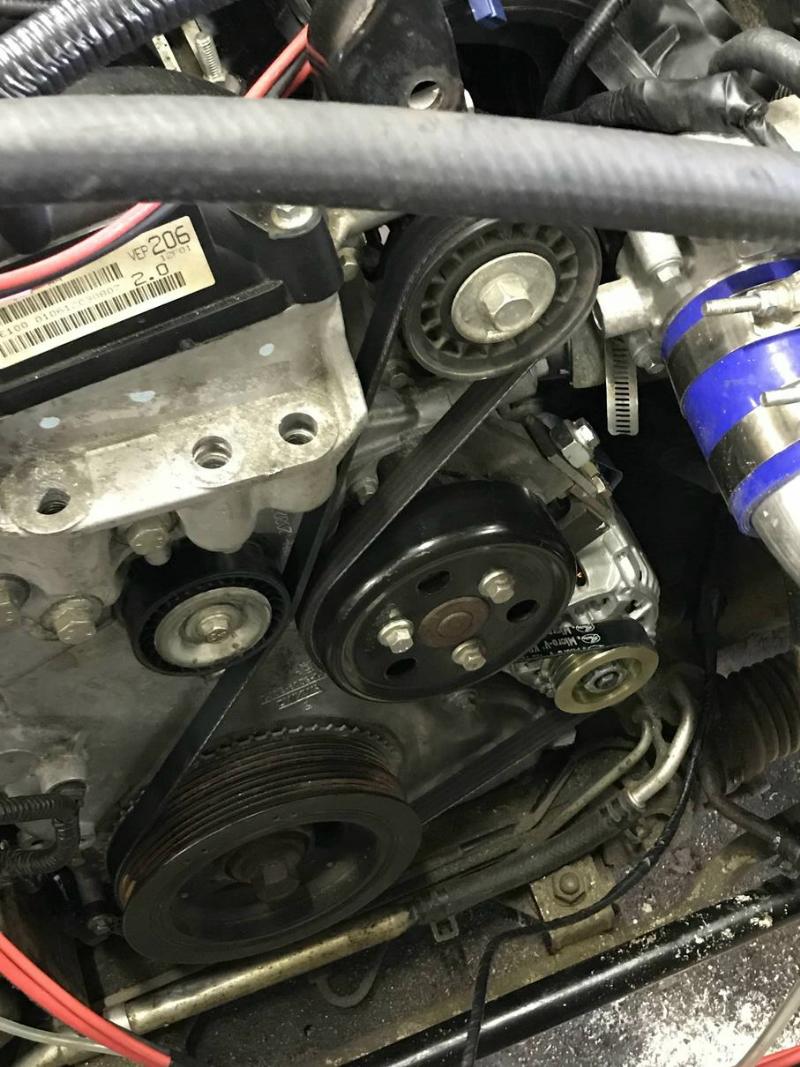 So, your new EcoBoost motor is bolted up and in the truck. Awesome! Now its time to rip open that 2.0 EcoBoost controls pack and read the 18-page document they include for setting everything up. They tell you the majority of everything you need to know, but I’ll touch on one topic – the fuel system. Ford states that this motor requires 55 psi of fuel and a return line back to the tank with a regulator. In our case, you really don’t need a regulator or return line. The stock Ranger fuel pump has a regulator right in the tank that is right around 60 psi. Run a plastic 5/16 (I think) fuel line from the little nub that comes up right under the intake manifold to the high pressure fuel pump on the motor, and make sure to have an inline fuel pressure gauge. From what I’ve experienced so far, the stock pump is enough. But if it does end up not flowing enough at some point I will address it in my forum submission.

The Rest of The Swap:

everything else you have to do for this swap is fairly simple, and I would encourage you to be unique with your build. For example my beautiful front mount intercooler that replaces the grille. 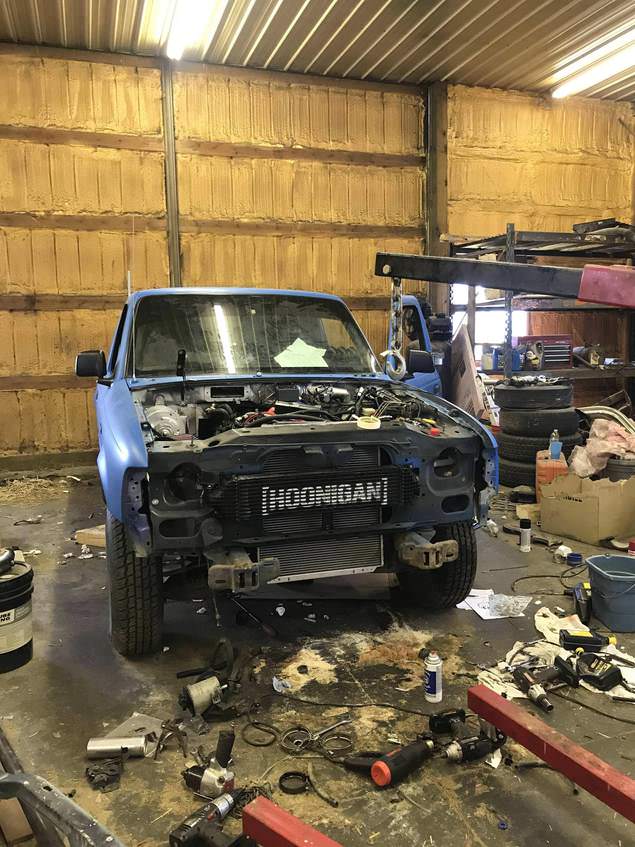 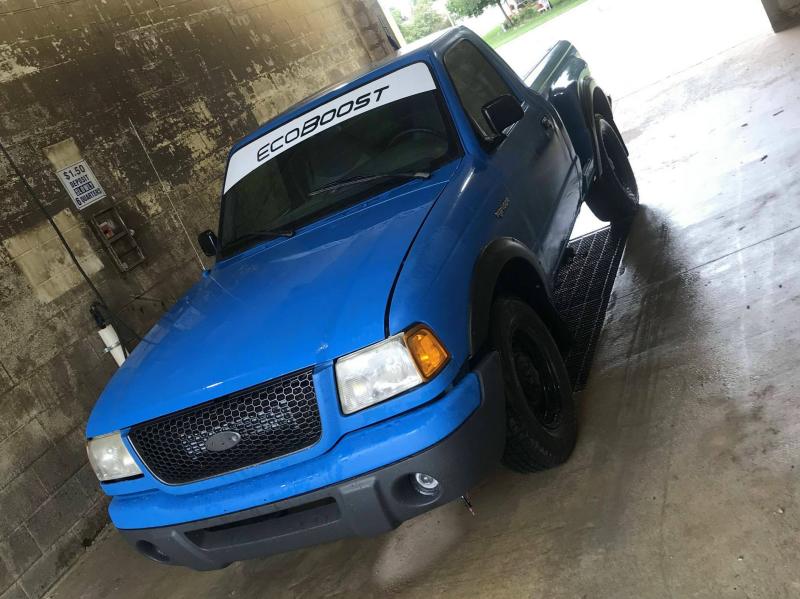 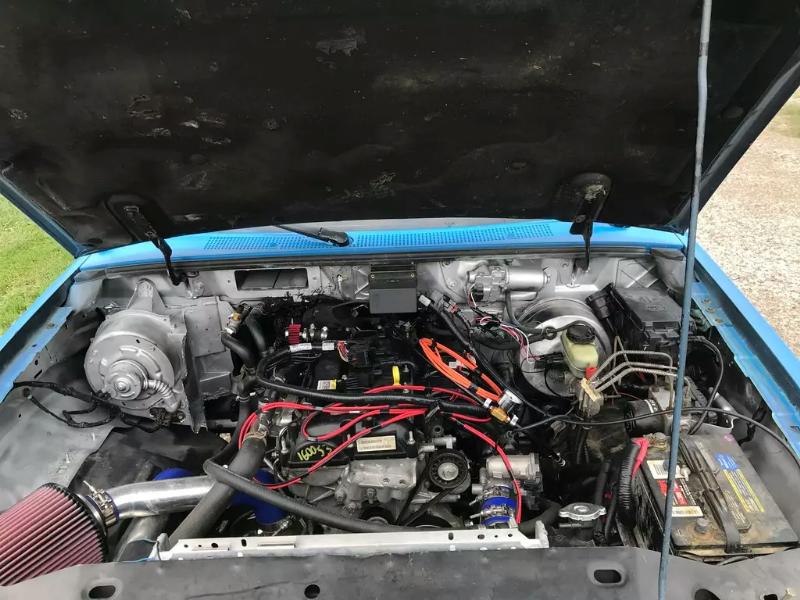 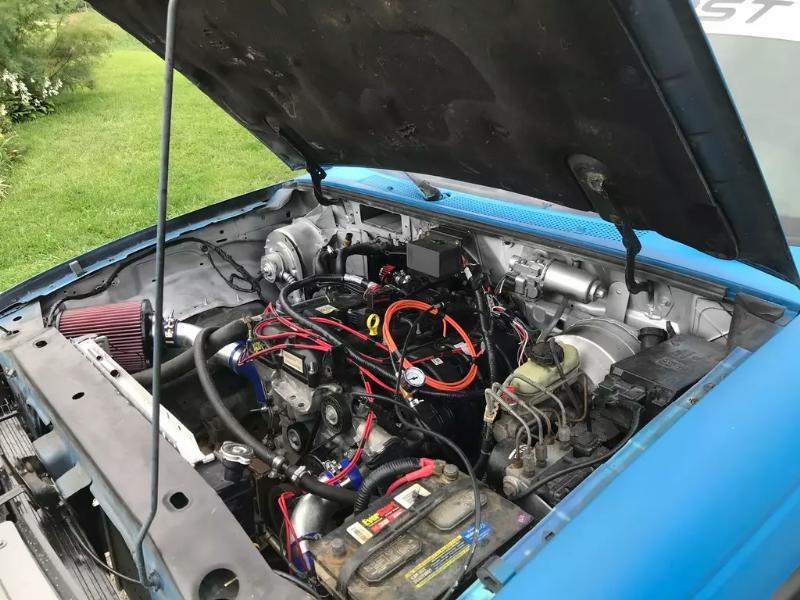 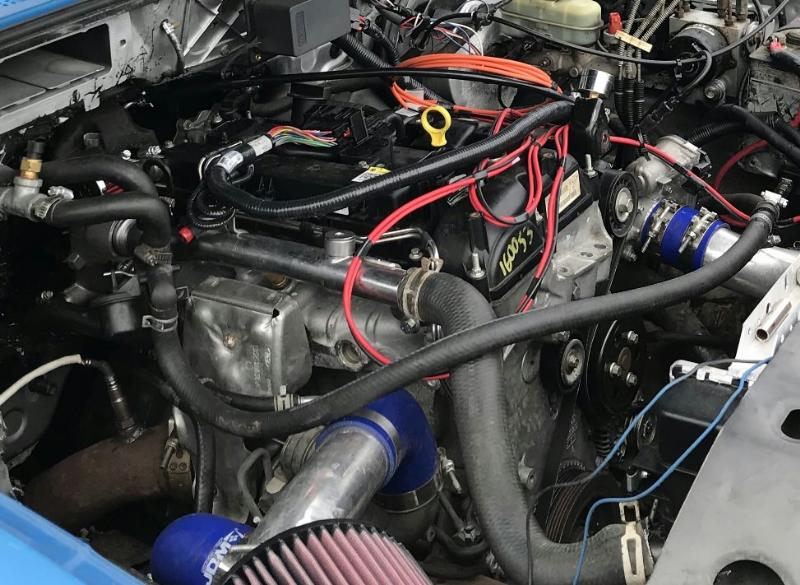 I hope this post has encouraged you to do this swap. It’s fast as hell, makes turbo noises, and hurts other peoples egos very badly. Mustang owners will envy you and the sound of it will break necks. If you have any questions feel free to comment in the submission thread so information can be shared through the community. I most likely missed a few little bits of info on this swap. Its 2:30 am right now so I’m almost positive I did. Enjoy spending all of your hard earned money on making a Ranger as fast as a Mustang. Its worth it, trust me.

Also another little note, since the motor is mounted North/South quite a few sections of the wiring harness had to be extended to reach the intercooler, intake, starter, and oil pressure sensor.