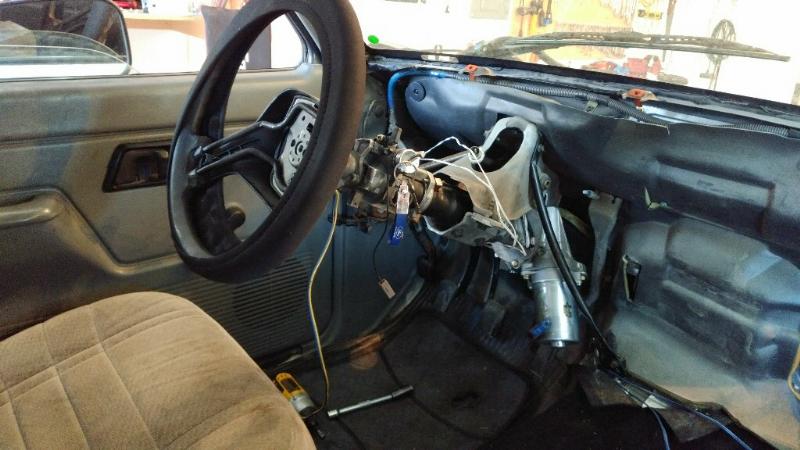 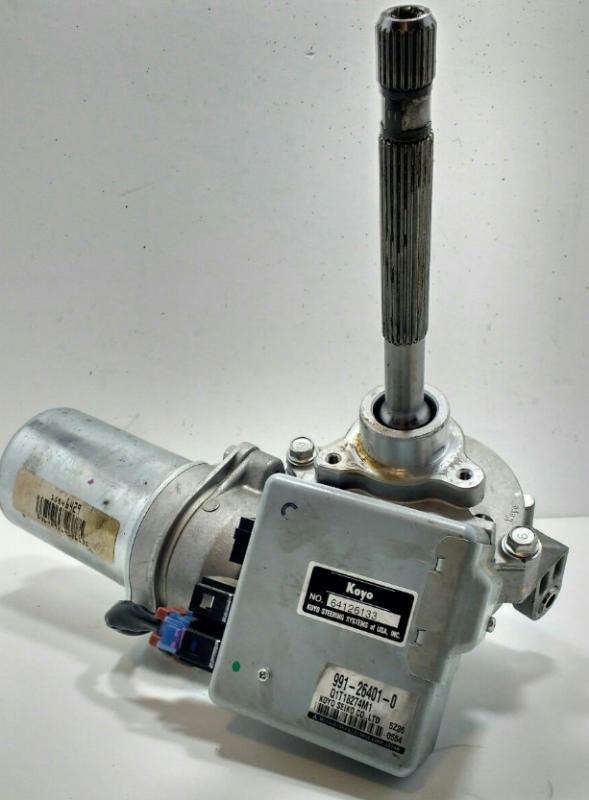 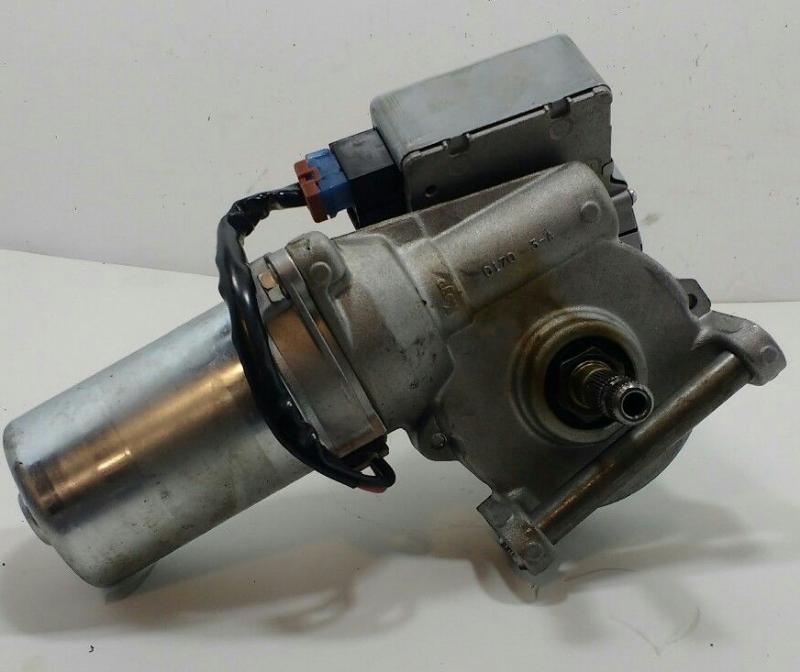 What are the benefits:

The power steering motor comes with an attached ECU. BlackBII unbolted it and mounted it underneath the dashboard because it would not fit where it was. He had to extend the wiring to do this.

BlackBII took the stock Ford Ranger column, cut it in half, welded two flanges to the Ranger steering column tube, and then bolted the motor in the middle. 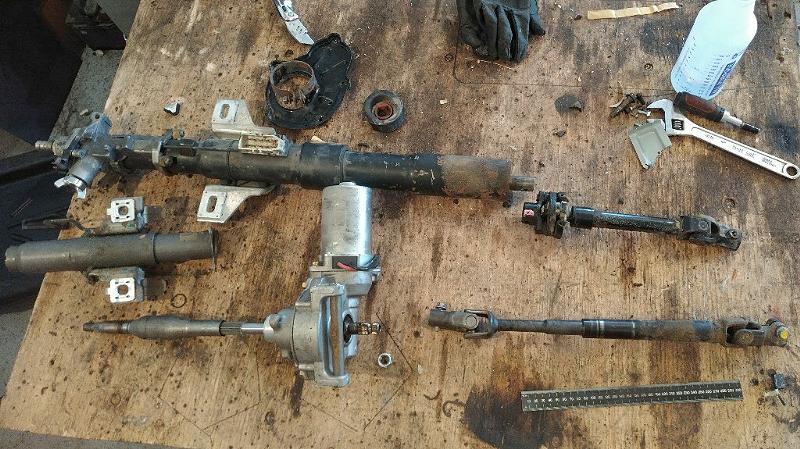 The new unit is the factory length, so it attaches to the engine bay shaft the same as before. 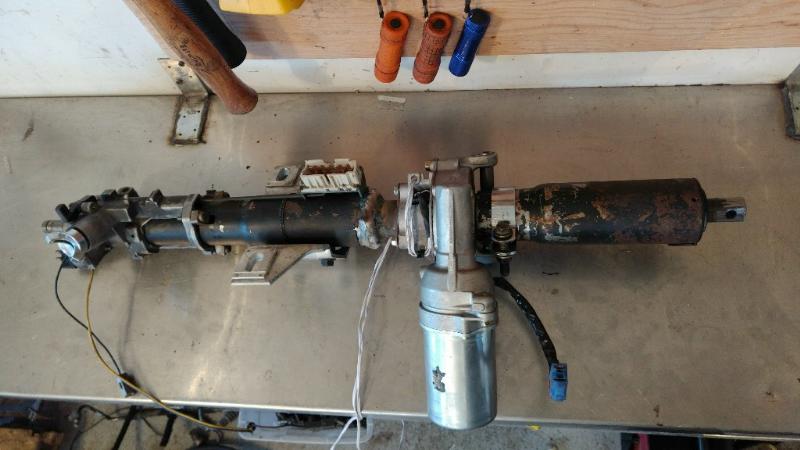 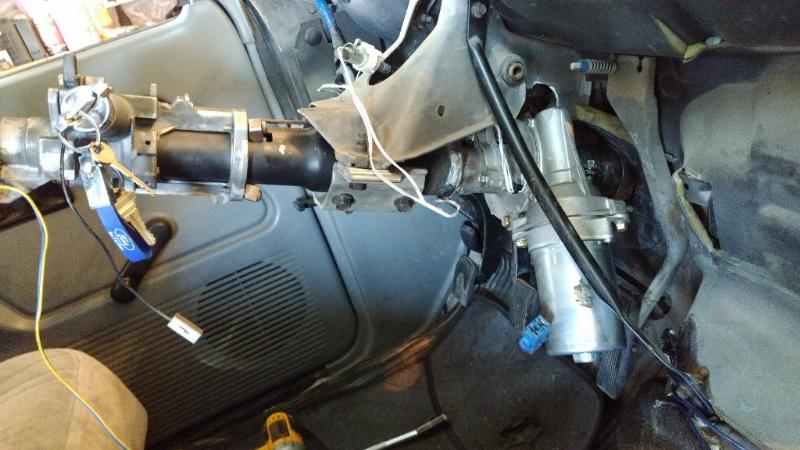 Here’s the column mocked up with the electric motor. It looks like it’s in the way of the throttle pedal but there’s plenty of room. 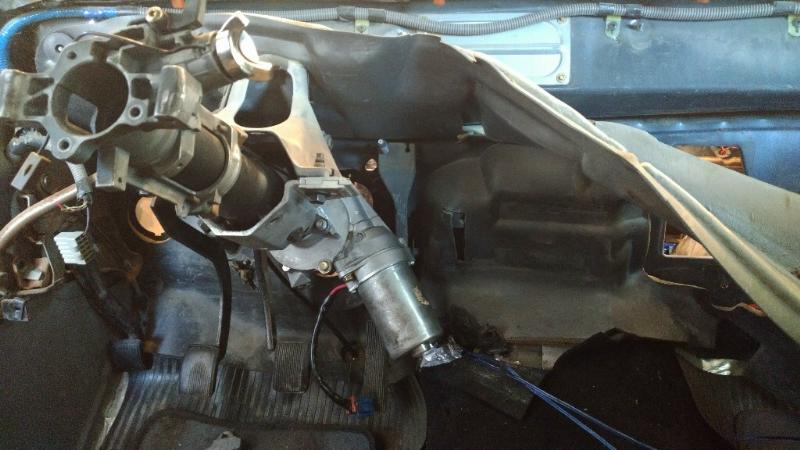 Control Unit From bruno_steering on ebay: 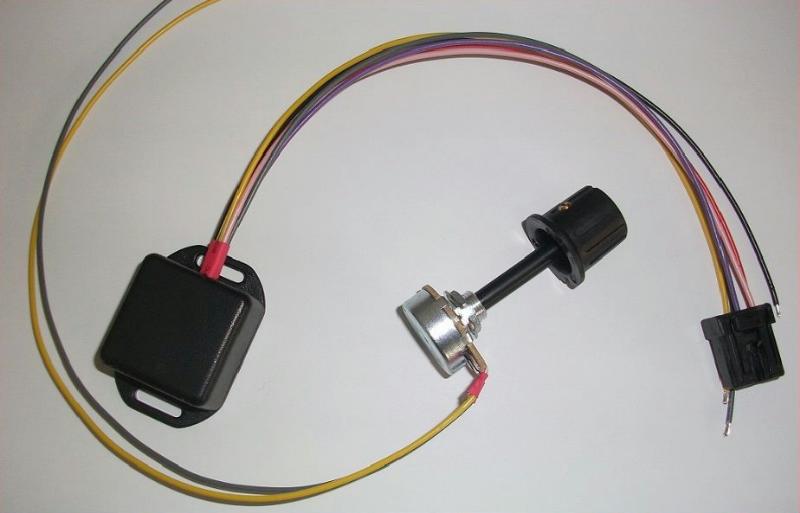 The GM electric power steering uses an electric motor to assist the steering. A computer module (ECU) receives information from several sensors and decides which level of assistance the electric motor should deliver to the steering. When you install an electric steering column from Saturn Vue or Chevrolet Equinox to your vehicle it won’t work because the ECU doesn’t receives information. That’s why you need this control unit. It sends information to the ECU according to the position of the knob.

So, the position of this knob will determine the steering assistance level.

How to adjust steering assistance:

This controller box will fit steering columns from:

BlackBII mounted the adjustment knob for the steering control unit in a panel that he put in place of the ashtray. 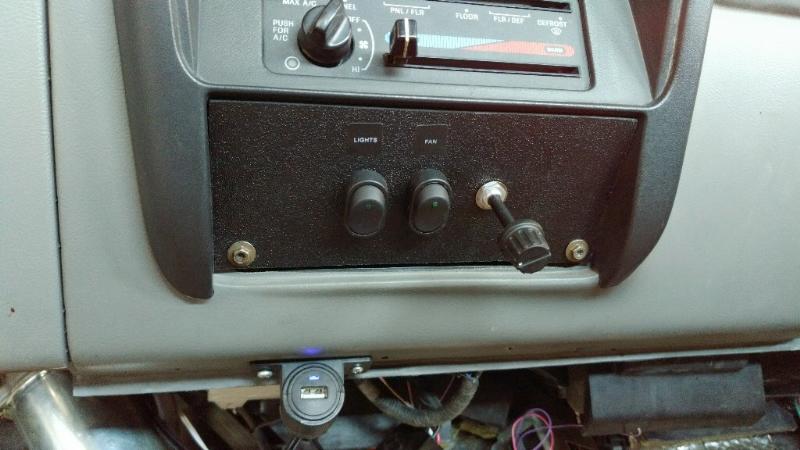 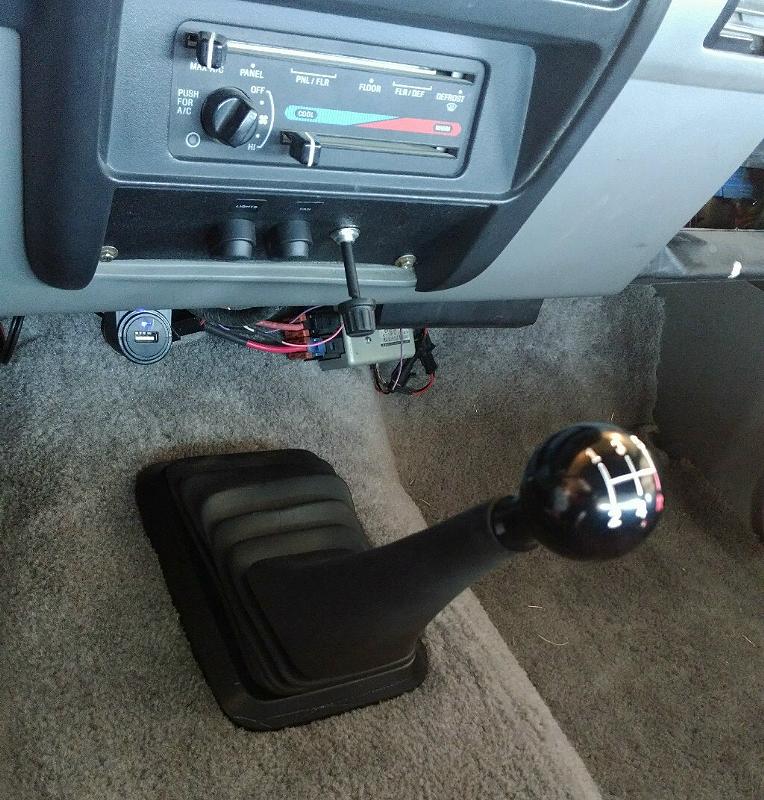 With the steering shaft and control unit in place, it was time to get rid of the steering pump. BlackBII wanted to retain his air conditioning and still use a factory length serpentine belt, so he needed a pulley to go in the pumps place. 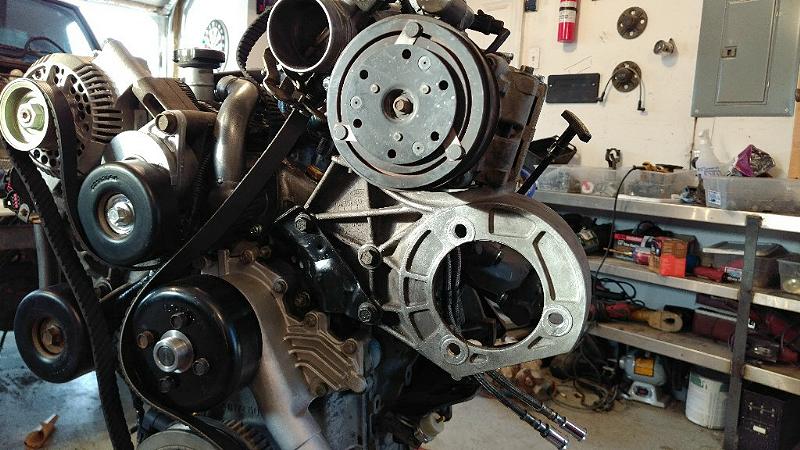 BlackBII made a bracket that bolts on where the pump was, and added a pulley. 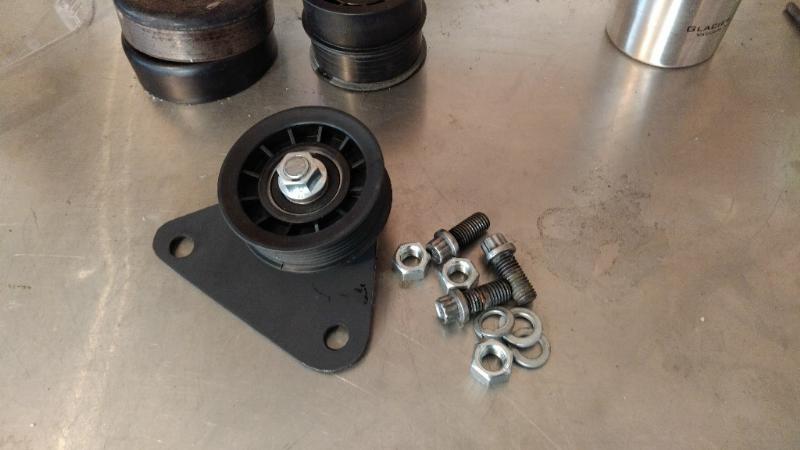 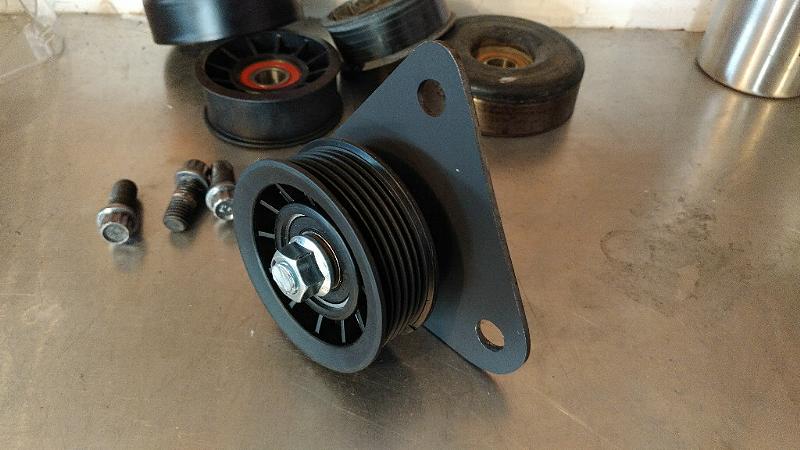 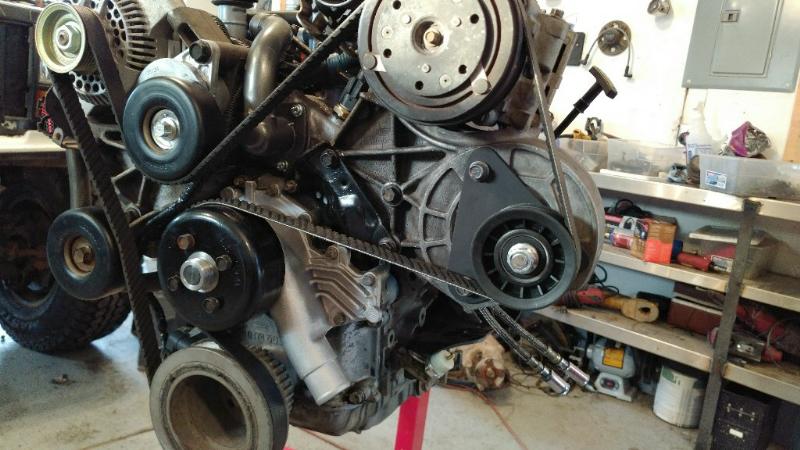 Since the power steering pump was removed, this meant that BlackBII had to do something about the hoses on the steering box (on the frame rail). BlackBII took a piece of hose and connected the steering boxes inlet and outlet, so it wouldn’t loose its fluid. If this hose kinks and restricts flow, it can make it difficult for the internal components to turn.

BlackBII decided to replace the power steering box with a manual steering box. This is a sealed unit, so you don’t have to deal with steering hoses. 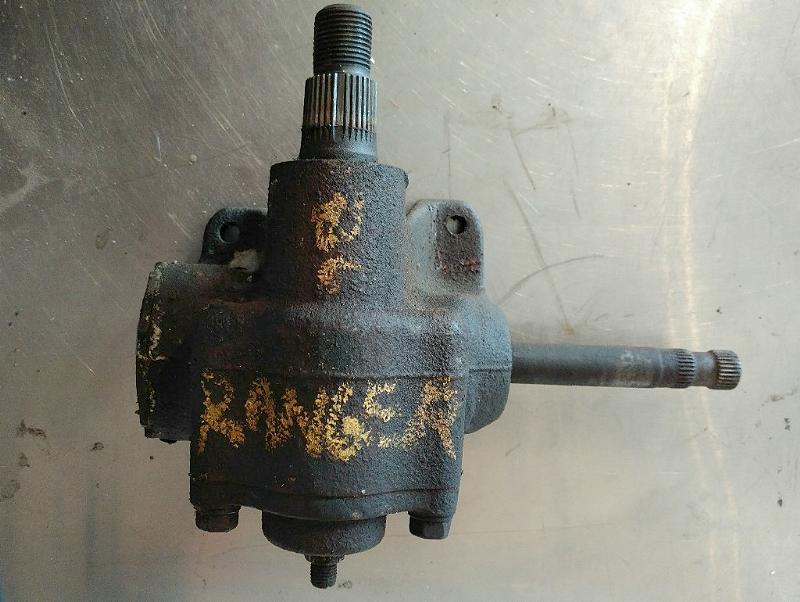 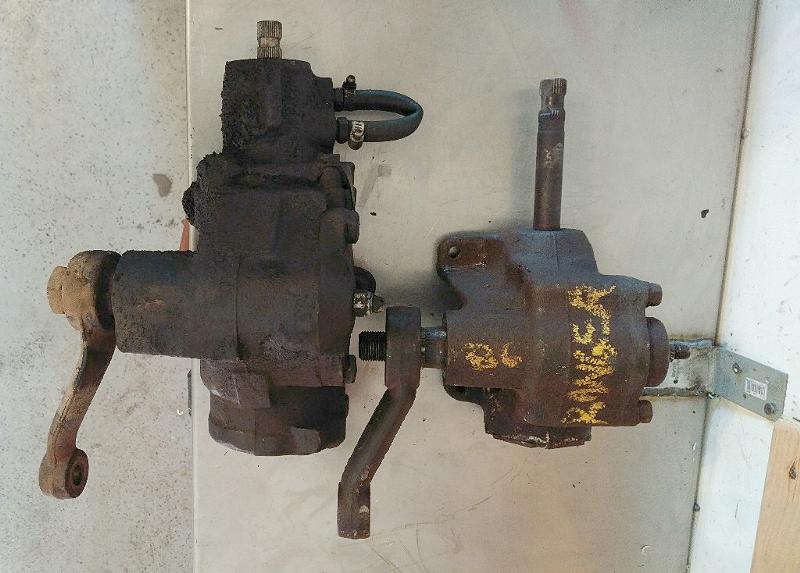 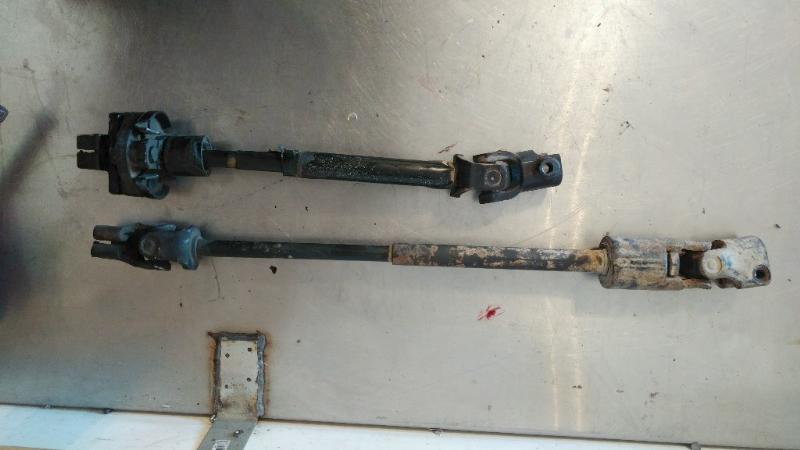 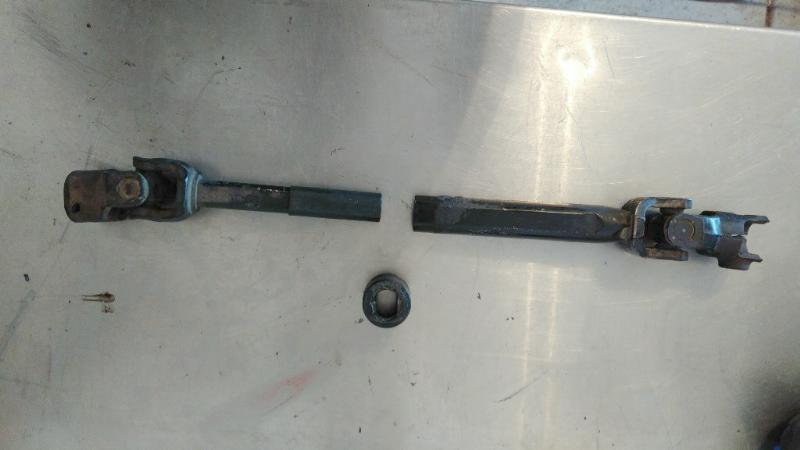 Here’s the completed shaft below. BlackBII used the Ford Rangers shafts’ plastic inner sleeve fitted over the Cherokee shaft and rubber outer sleeve on both. 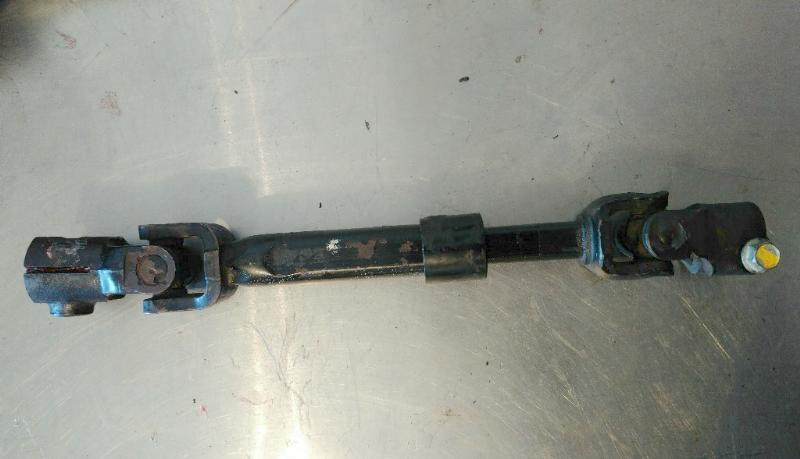