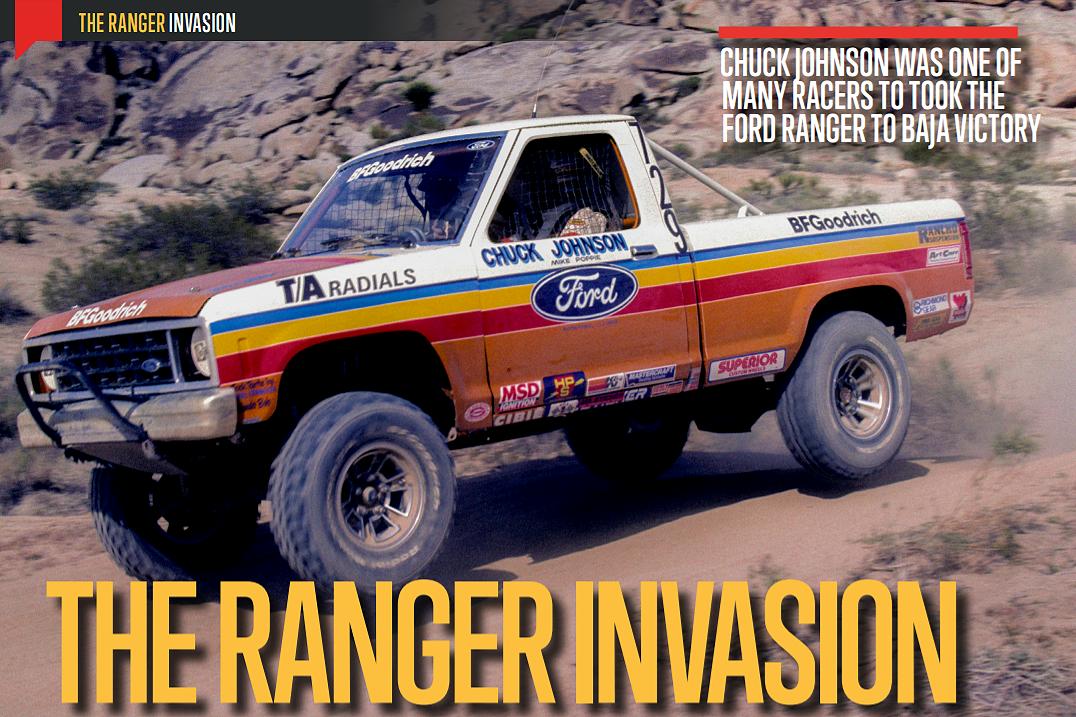 The Ford Ranger nomenclature was first introduced in North America as a “trim package” for the Ford F-150 back in the mid-sixties. Following the end of production of the Ford Courier mini truck in 1982, the Ranger was used to brand a new midsize pickup that would be launched as an ’83 model.

The Ford Ranger pickup turned out to be a success, and after 29 years of sales in the U.S. and Canada, the Ranger model was unceremoniously pulled in 2011 in the U.S., while production and sales continued in other parts of the world.

As desert racing enthusiasts will recall, the Ford Ranger made headlines in the off-road motorsports industry for many years as a challenging force in SCORE Baja racing and other venues. Perhaps the most notable teams to use the truck, was Dick Landfield’s factory-backed Ford Rough Riders team that ran from 1991 to 1995, but there were also privateers that still enjoyed the off-road capabilities of the Ranger throughout its reign. Racing legend Manny Esquerra also had a hand in putting the Ford Ranger in the winner’s podium back in the ‘80s under the guidance of Bill Stroppe.

Landfield’s idea was to bring together six highly successful off-road race teams already using Ford products and put them under one corporate roof. This included Enduro Racing, Bill Stroppe Racing, Simon and Simon Racing, Jim Venable Racing, Spirit Racing, and Swift Motorsports. It was just what Ford wanted to hear. Soon, the Ford Rough Riders were winning races, lots of them, many in Class 7 with the Ranger, emblazoned in a white, red and blue graphics scheme. This undoubtedly put the Ranger on the map as one of the top trucks at the time.

It was also Landfield who brought Parnelli Jones out of retirement and into the fray in ’92. All the Ford race trucks including the Ranger were built and prepped by Landfield’s Enduro Racing until the partnership dissolved in 1996. While the story of the Ranger is a complicated one. One thing’s for certain, the truck
became the little truck that could conquer Baja and did so in true storybook fashion. Now one can only wait to see how this next chapter of the Ranger unfolds. 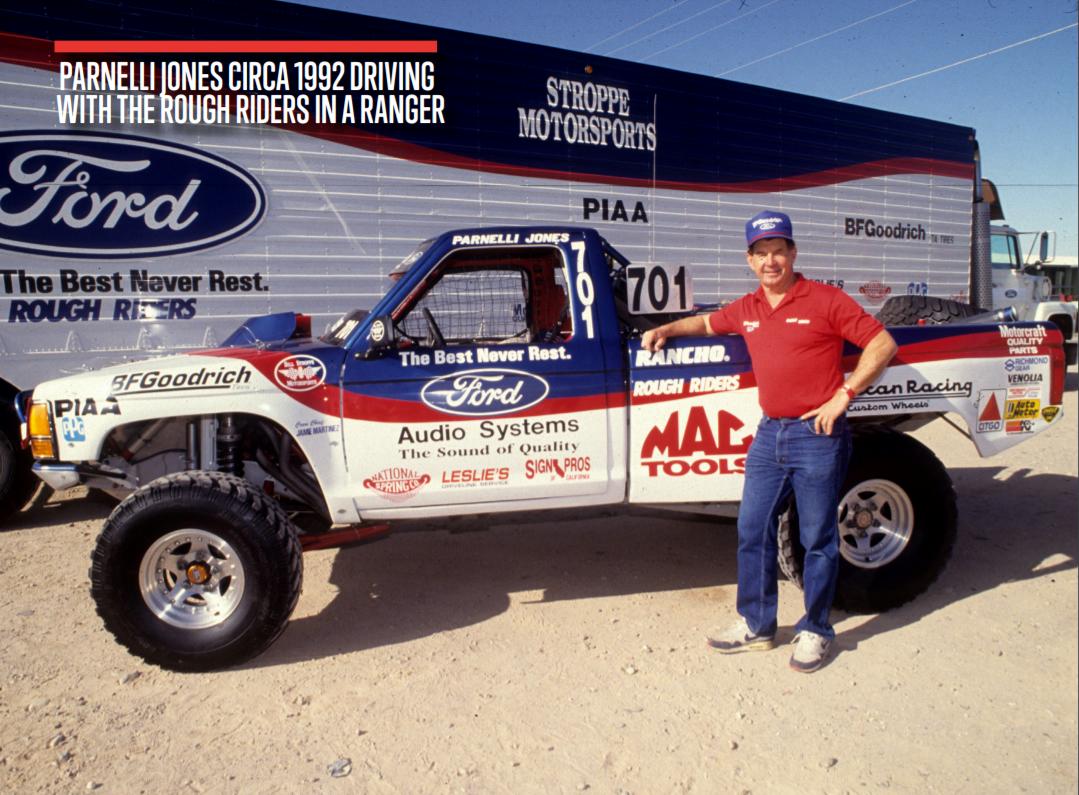 Robby Gordon was not a member of the Ford Rough Riders