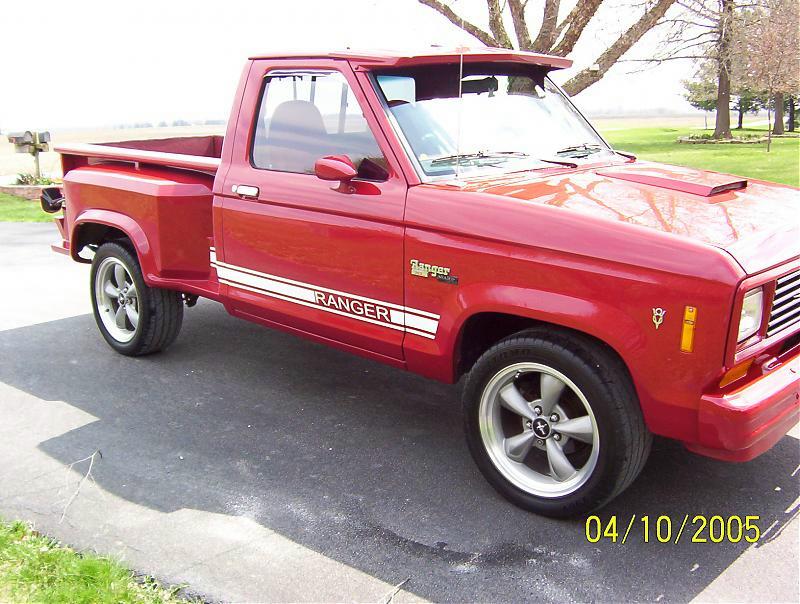 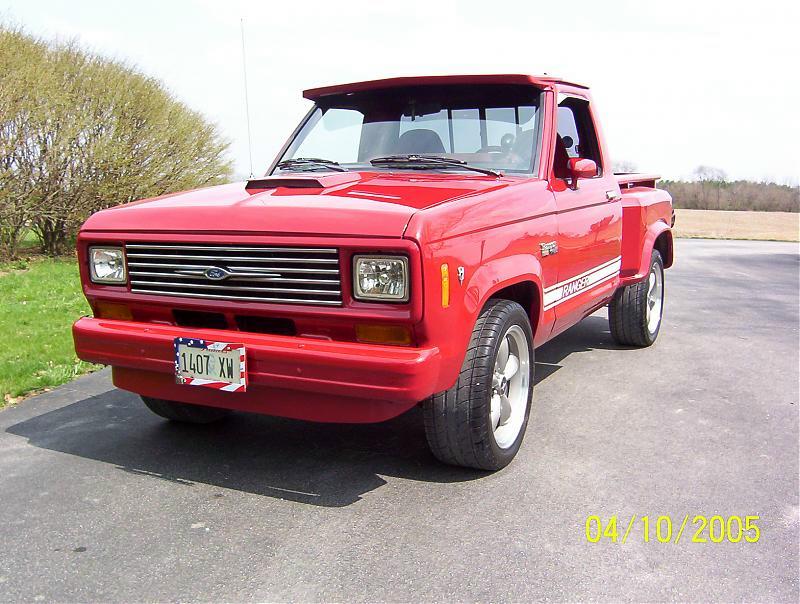 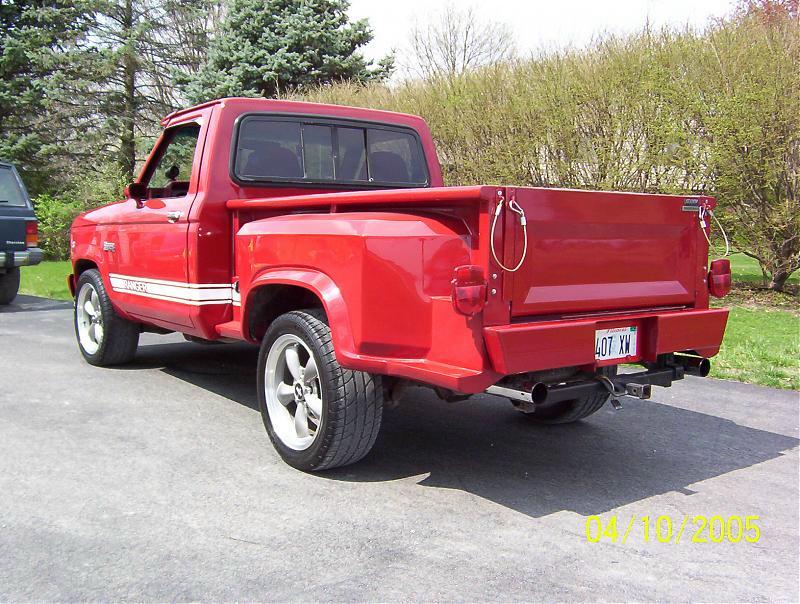 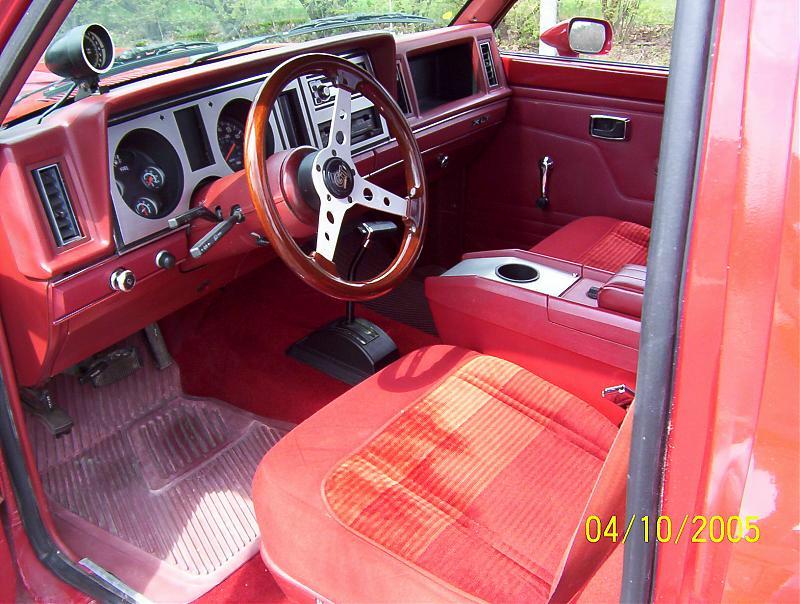 Here are a few photos of a 1986 Shadow Ranger. Very little is known about these trucks. What makes this truck so special is it’s fiberglass bed. The trucks are 2-wheel drive.  The one shown above has been customized. The one shown below is said to be stock. 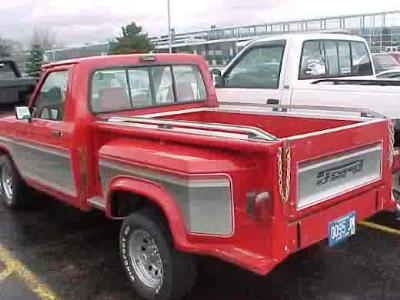 In November 2018, I received an email from Dan Breejen that stated:

More then likely the bed on the Ranger Shadow was manufactured by Delta III Corp, of Sturgis, Michigan. I was one of the owners of Delta III and we manufactured step side bed conversions for S-10s, Rangers and Dakotas. In fact, I’m the guy that drew blueprints for all the steel parts on the bed. We built several hundred for each brand and generally sold them to van and truck conversion companies.

Somebody posted that they bought one of these from a dealer in 1987, and that the dealer had to drive it back from Sturgis Michigan. Would you have installed them, or was there a conversion company in Sturgis that would have installed it?

I attached a photo of a Shadow bed. There is an emblem on the tailgate that says “Shadow by” and a name with (6) letters that I can’t read. Maybe you can identify it. 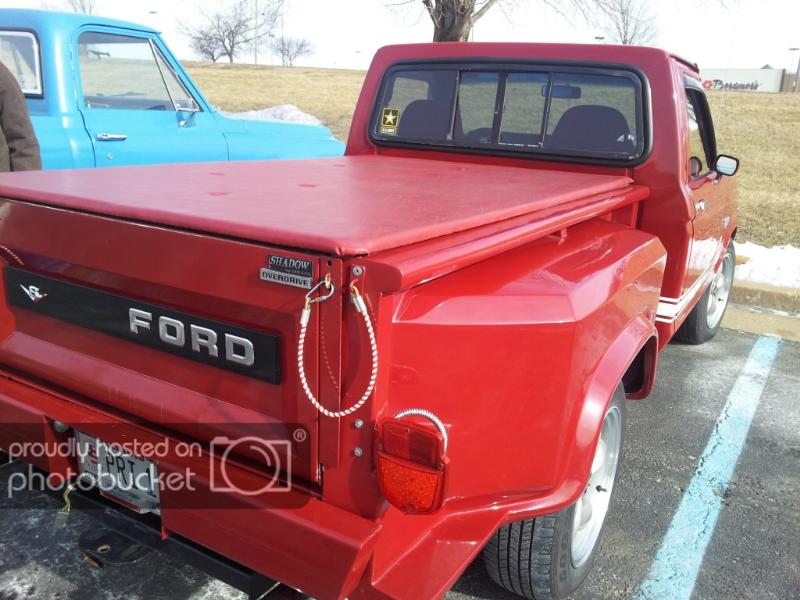 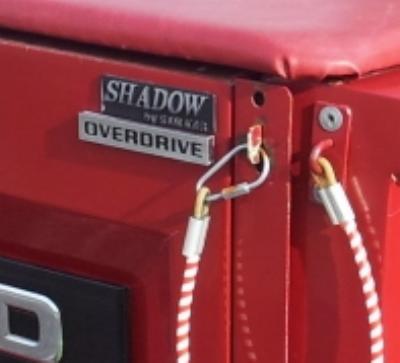 I also read where someone said they had a Shadow Ranger that had the name “Southern Coach” on the tailgate.

I’ve been wanting more information on these trucks. Any idea if there is any truth to their only being (15) sold as assembled trucks, and (5) beds that were sent out to dealers?

There were a few companies at the time trying to get into this step-side conversion business (one was called California Step sides) and maybe there was one who specifically made 15 for Ford, etc.  We made hundreds.  Southern Coach was a good customer located in Greenville NC. and probably purchased 300 – 400 beds from us.  My wife and I delivered the first bed to them mounted sideways on the bed of my full-sized Ford pickup.

If you ever see a Dodge Dakota step side with “Lil red express Dakota” on the side, we made that bed.  The beds we made were better built then the original equipment beds, by the way. 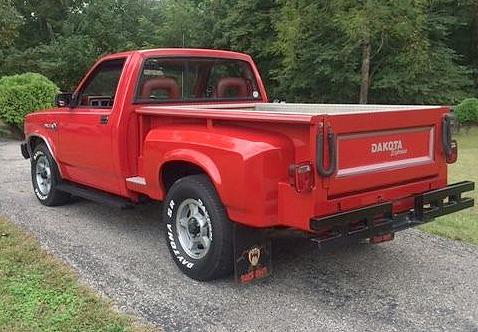 And sorry, I can’t read what’s under the word SHADOW.  We had a couple of dozen customers, some even Canada.  We build them for a few years before the factories saw enough of a market that they began to make them.

My Reply (With or Without a Rear Side Step?):

I can’t recall if we made them without the rear step or not.  The molds were only good for several dozen fenders and then they had to be rebuilt.  We often made changes that we thought improved the appearance.  Also, somewhere in the run, the fuel filler position changed in the Rangers (as I recall) and caused us to change that area somewhat.  I’m going to send you a photo I took for our literature that was taken early on and it does have a small rear step. 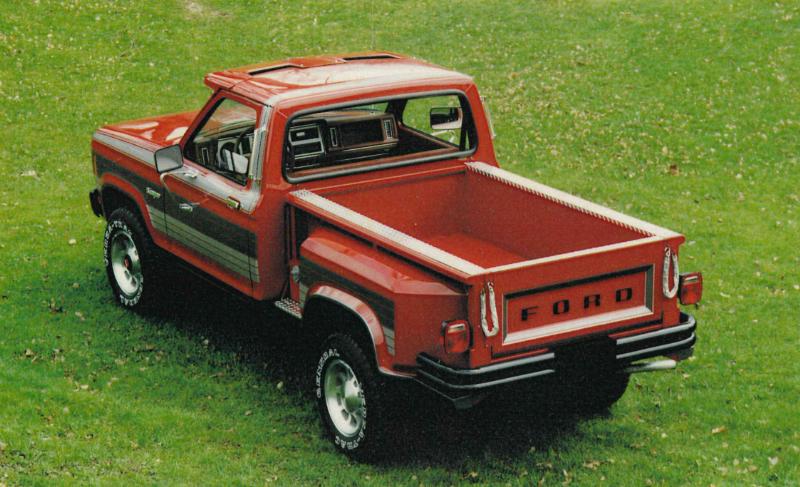 Check out our page on the Southern Coach Ford Ranger for more photos and information.

According to forum member jovibuilt, The beds without the step came from Choo Choo customs in Tennessee. Unfortunately, there isn’t any documented evidence to really prove anything about these beds. 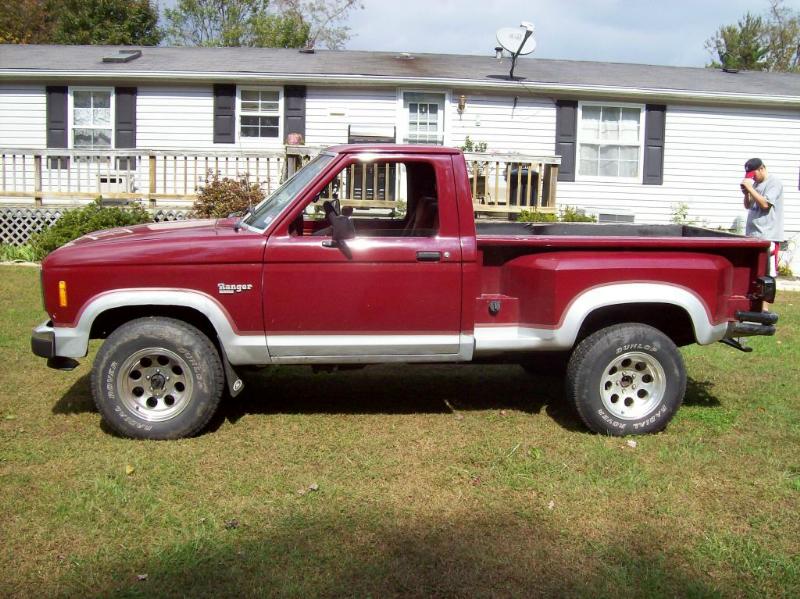 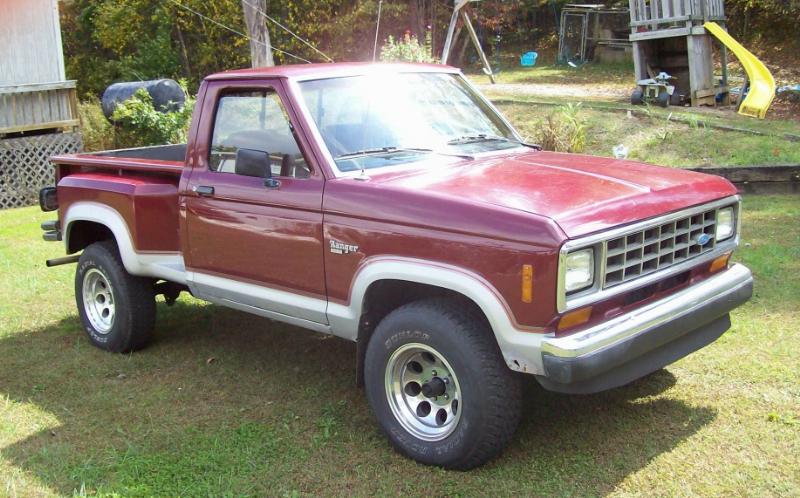 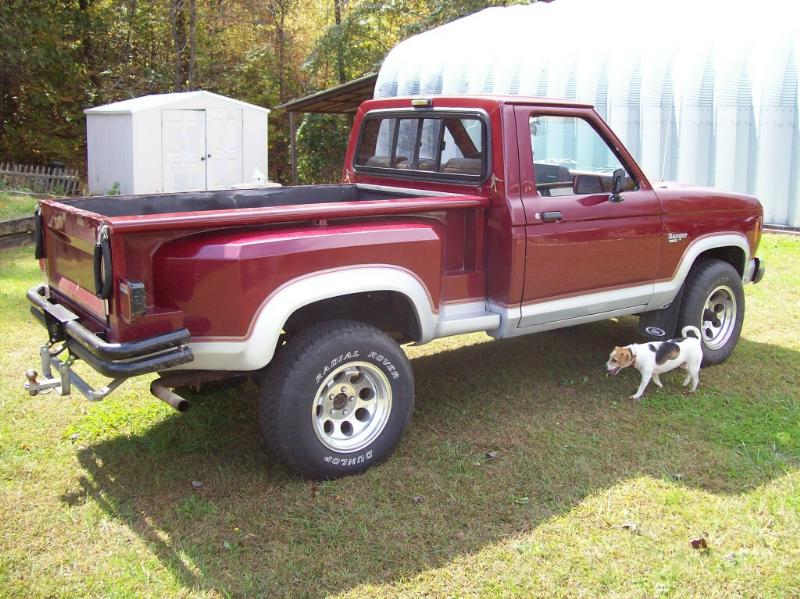 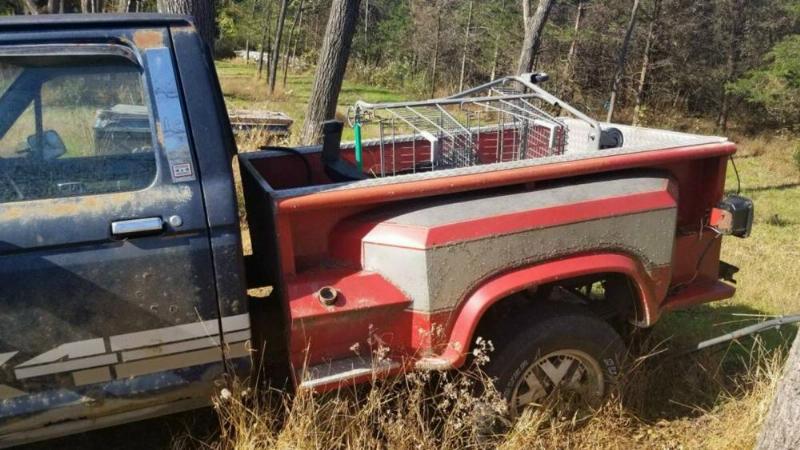 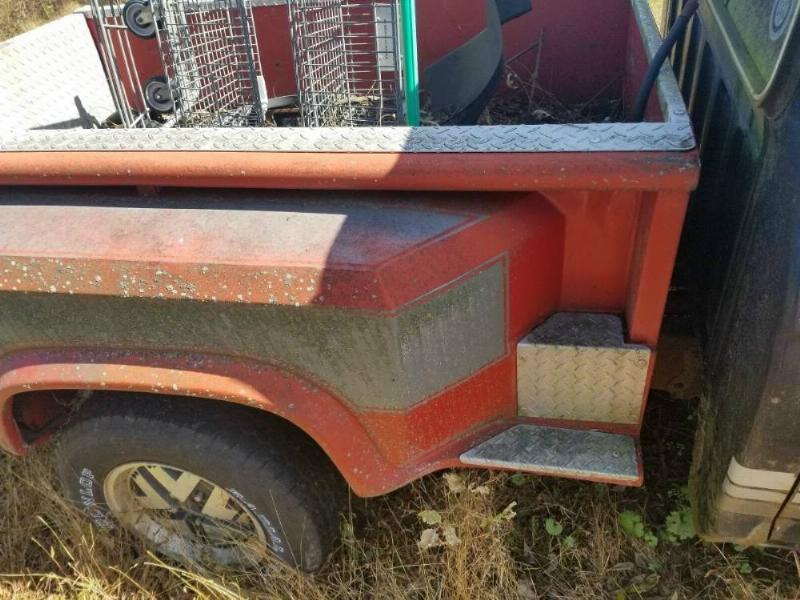 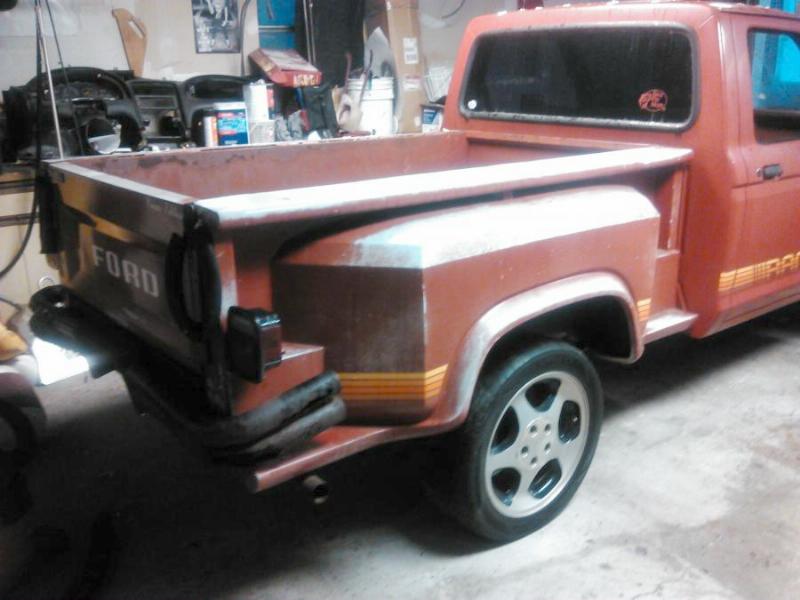 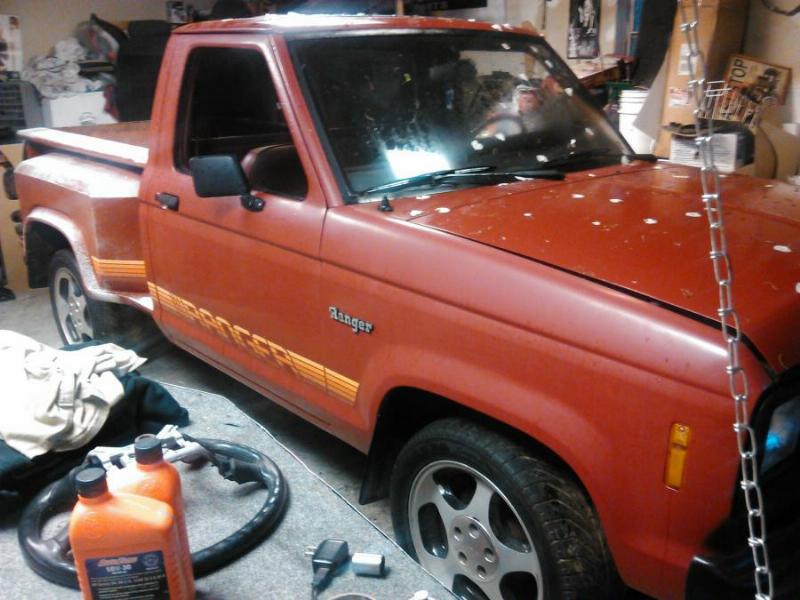 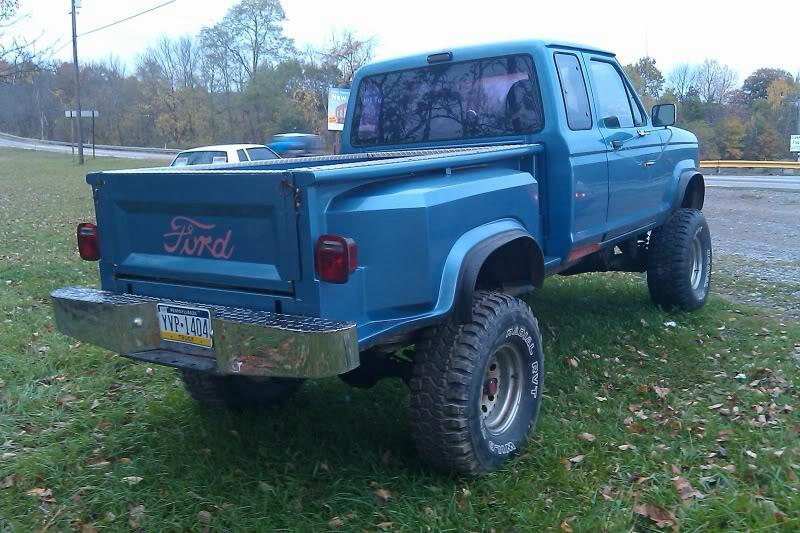 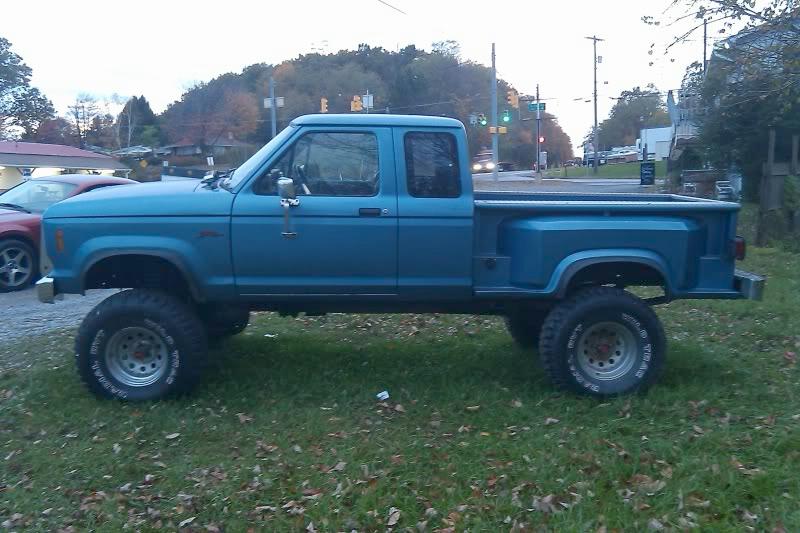 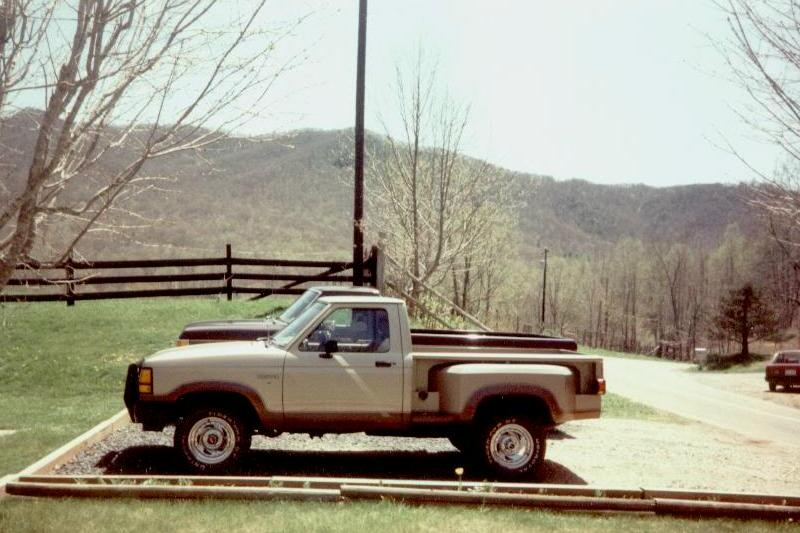 Join the discussion about these Ford Ranger Step Sides HERE.

If you have any information or photos of one of these trucks, please contact us.