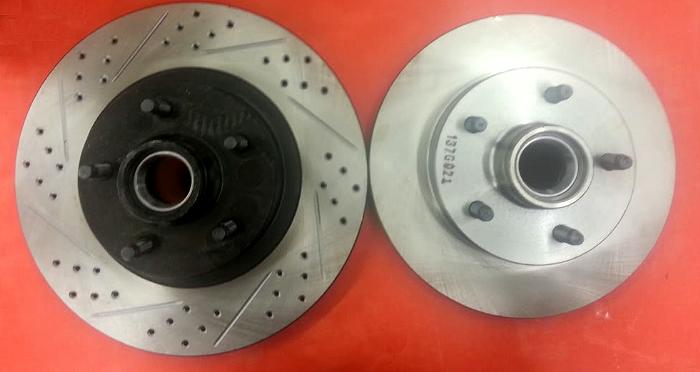 In 2004, the Explorer Sport Trac moved up to a 12-inch rotor. The spindle on the sport track is the same as on all 2wd Rangers. As such, the rotor will slide right on like it was made for it. Other than the larger rotor, this upgrade uses the stock components on any 1995-1997 Ford Ranger. Catch is that you have to space your caliper out away from the knuckle enough to clear the larger rotor. The only way to do that is to make a bracket that goes between the caliper bracket and the knuckle. That’s why you have to have the later 1995-1997 model knuckles. There’s a member (gumby) over on Ranger Power Sports (RPS) that made these brackets, but I can’t tell you if he still has any available. It looks like they would be fairly easy to make if you can weld, and have the patience to do the required measuring. I have neither, so I bought a set from him a while back. As for your wheel clearing the caliper, that’s on you. You have to make sure you get the proper offset/backspacing to clear it. A 16-inch wheel is recommended for this upgrade. Some 15-inch wheels may fit, but not all will. For what it’s worth, the brackets cost $130 when I bought them.

From The Original Author ‘gumby’:

In 2004 Ford started putting 12-inch rotors on 2wd Sport Tracs. I crossed the bearing numbers, and physically compared the rotors for thickness and hat offset, everything matched perfectly. Calipers/pads have not had any major changes since 1995, so those are good as is. 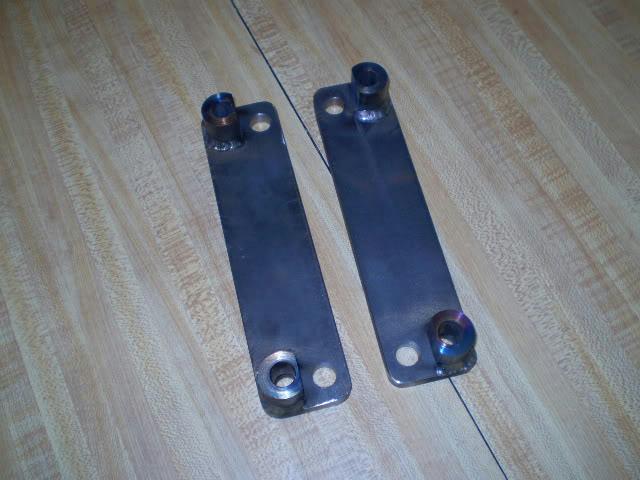 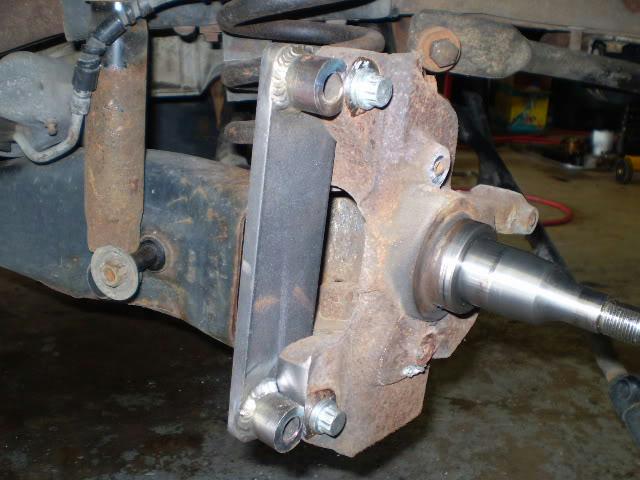 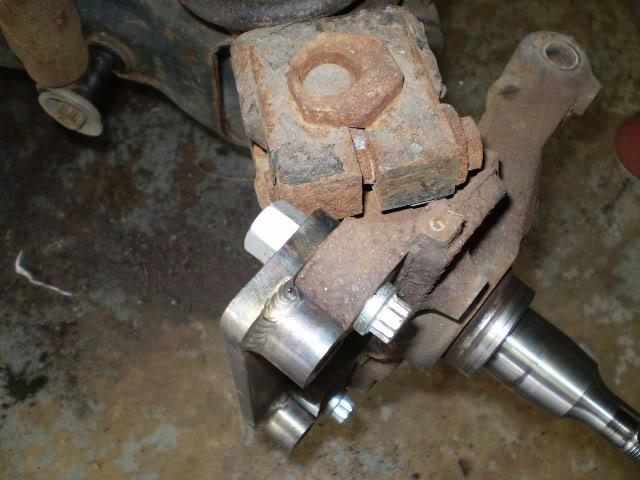 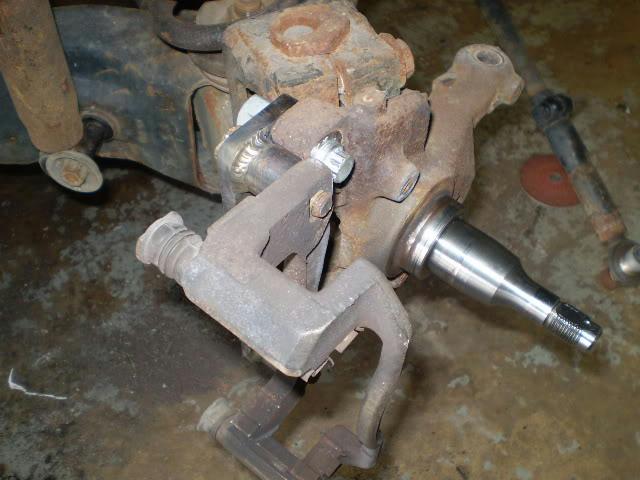 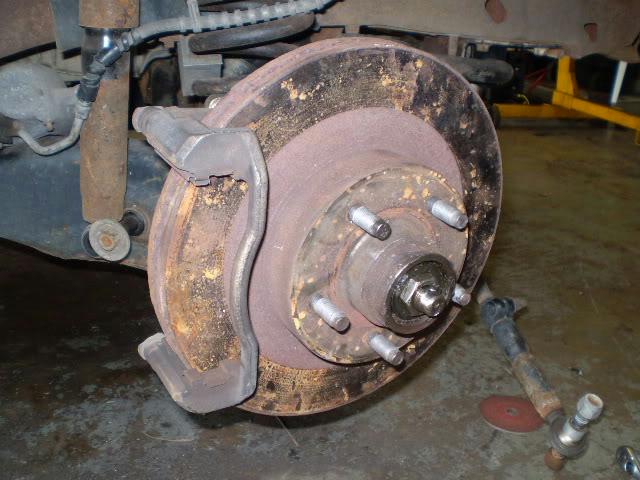 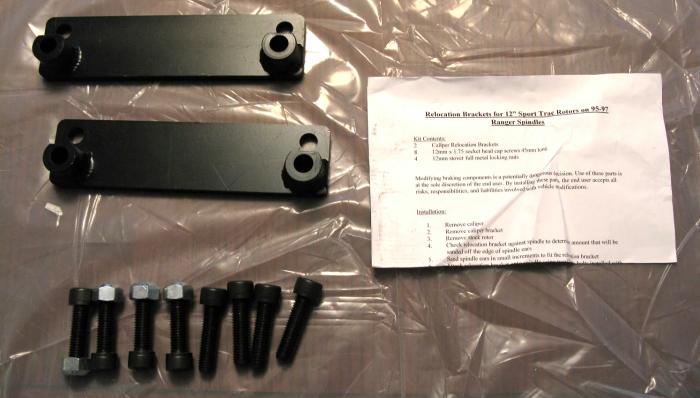 Lots of people have been asking me about this, so I figured I would start a thread. I did not come up with this, a member named “gumby” did over on RPS. He use to sell the brackets but has stopped. I was going to sell them, but the interest wasn’t there, and the liability made me think twice. I’ll post the basics, but they measurements will vary, so your need to figure those out on you own. What will not change is the basic plate and measurements.

For starters, this is for Ranger Or explorers that have the TIB and is 2wd. If you have a 1989-1994, you will need to do the upgrade to the 1995-1997 Ranger spindles. It will use ALL parts for the swap but the rotors. That means spindles, ball joints, bearings, seals, calipers and brake lines. This upgrade will get you to dual piston calipers and 10.25″ rotors. You will then need 2003 Sport Trac rotors.

You need 2”x3/8″ and 1″x1″ metal stock. Cut the 2” stock down to 8.5” pieces. Then you need to have the 1″x1” milled on ONE side. This will vary. You need to measure YOUR spindles.. The one thing that will NOT change is that the holes need to move up 7/8″ or .875. The photo will give you a better idea. Then you need to grind your spindles and caliper bracket to fit. Again, what you mill or grind will vary. It’s really that simple. Just make sure everything is square and fits flush together!!!!

Before you start saying that it’s not an upgrade because of the use of the same pad and caliper, that’s not true. You gain 14% in breaking leverage and less brake fade. You will need 16” rims to clear these also. I’ll post pics of it on my truck soon. I’m waiting on my drop beams to come in. Anything else, just ask. A lot will vary, so giving exact measurements would be a waste of time. So this is how I did it.

Basic drawing, you will have a right and left side: 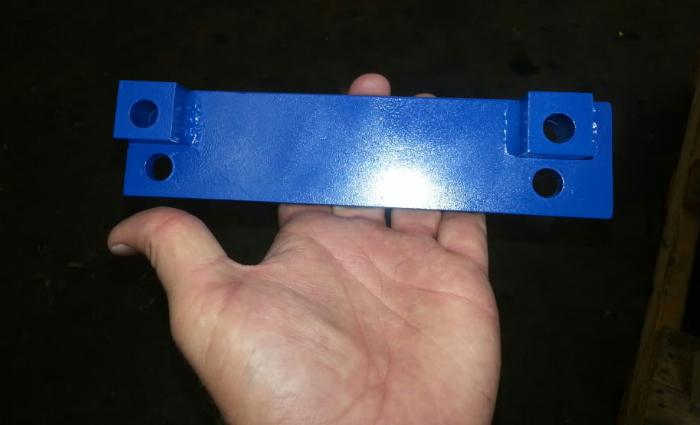 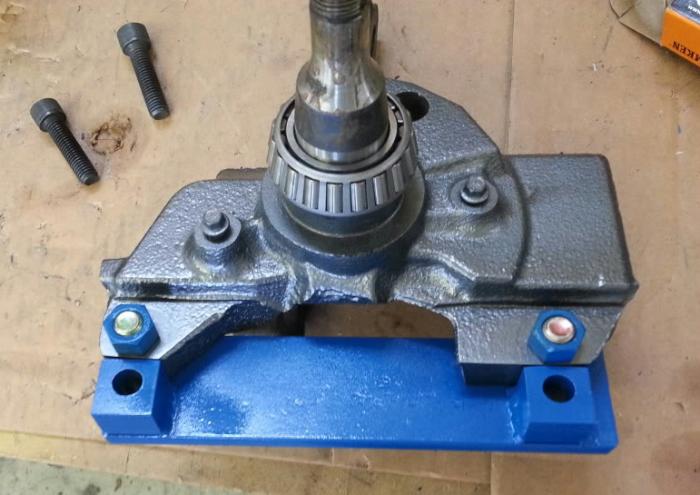 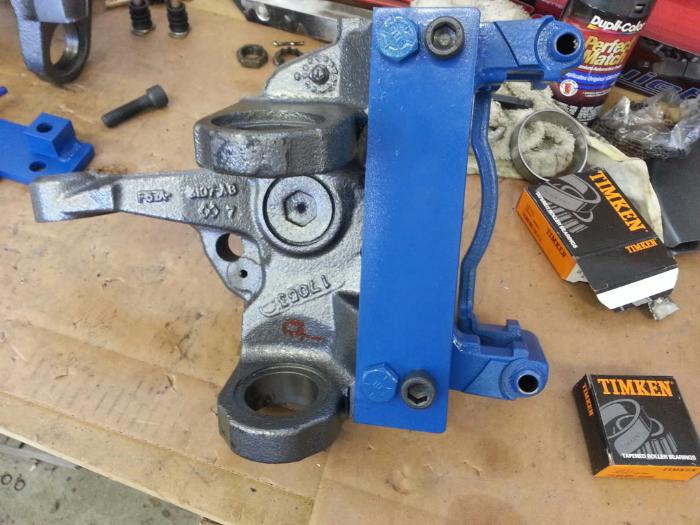 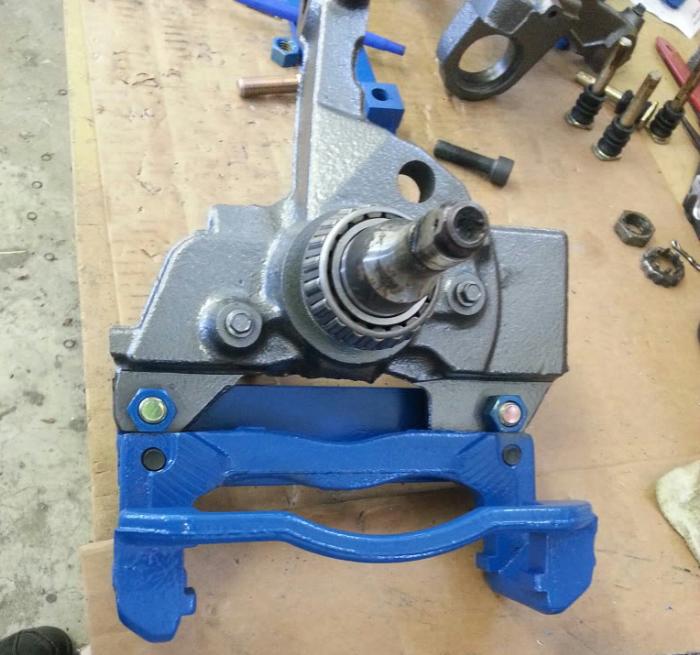 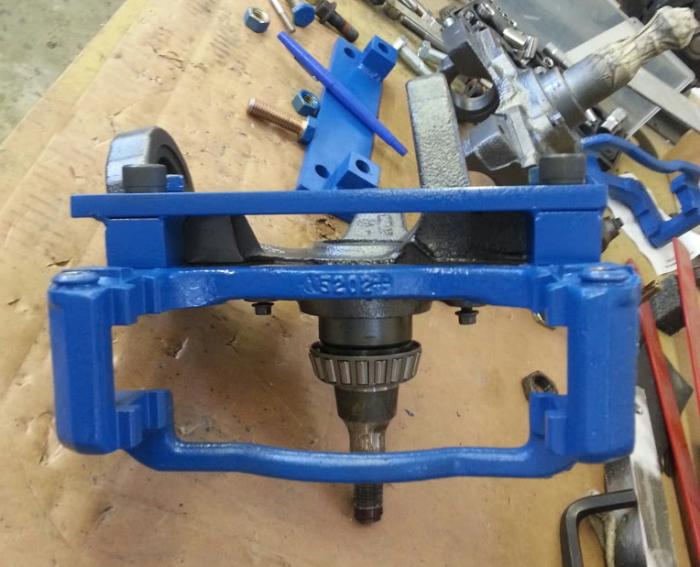 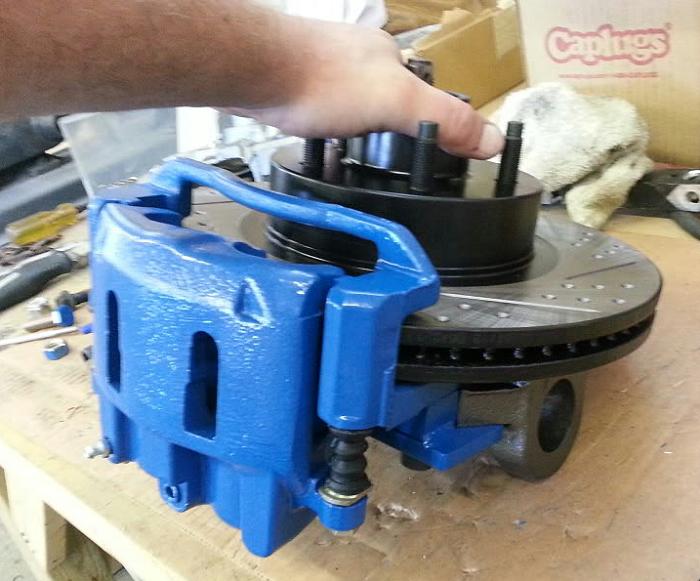 As of now, there isn’t anyone making these brackets and selling them. As you can imagine, liability is a major factor. If the brackets fail, the brakes can fail, and, well, you can imagine the outcome.

The Thread On This From ‘jd4242’ on the Explorer Forum