Picking A Differential For Your Ford Ranger

As you become more serious about your off-roading, and you continue to modify your truck, you’ll most likely start thinking about the modifications you can do to your axles.

There are a variety of differentials available for the Ford Ranger, depending on what axle you’re working with.

Generally, your Ford Ranger came with either an open differential (power is only applied to only one wheel), or a limited slip (the power is applied to the wheel with the most traction).

It’s important to understand how the differential works, and how a limited slip works. This video below will help explain it better. The video below it is from John Currie. John explains what type of differential he uses and why: 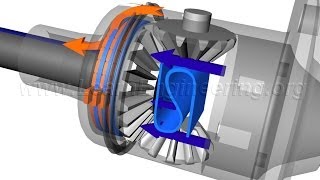 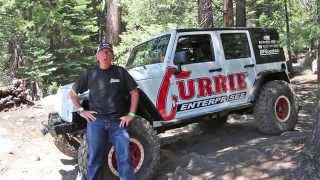 If you noticed in that video, there is a ‘S’ shaped preload spring in the differential. The quickest way to spot a limited slip differential is the presence of one of those springs.

The Limited Slip differential will send power to both wheels equally when traveling straight, however when one wheel spins due to a lack of traction, the differential will automatically provide torque to the other wheel with traction. Limited Slip differentials limit the loss of torque to a slipping wheel through various mechanisms such as clutches, gears cones, and other methods dependant on the unit. The limited slip will not provide 100% lock up of the differential in extreme situations such as when a wheel completely looses traction.

The limited slip is obviously better than an open differential. But it won’t send 100% power to both wheels in extreme situations. When your stuck in the mud, or climbing a difficult trail, you want power going to both tires at the same time. Not just one. This is where a locker comes in.

So as you can see, it’s better to have a true locker, versus a limited slip when you’re off-road. But what type should you get:

There are various lockers out there. We’ll try to keep this as simple as possible. They pretty much fall in to these categories:

Activated by clutches – This is basically the Eaton Detroit Locker. When you apply power with your right foot, the axle locks and sends power to both wheels.

Activated by air – This would be the ARB air locker. When you activate compressed air (generally turning on a compressor), the air applies the needed pressure to lock the axles together.

Activated electrically – A newer style of locker that’s become popular are E-lockers. When you flip a switch, power is sent to the locker, and the components inside it are triggered to lock the axles together.

Mechanical lockers – These are lockers such as the Ox locker that uses a cable to manually lock the axles together in the differential.

Spool – These aren’t lockers because they can’t be ‘unlocked’. They permanently lock your axles together, and are typically only used on vehicles such as drag cars that just run in a straight line, mud boggers, etc. Some hardcore off-road vehicles use these, but they’re not something you want on the street since they won’t let your tires turn at different speeds to go around corners.

What Type of Locker Should I use:

There probably isn’t anyone that understands differentials more than John Currie from Currie Enterprises. John uses a Detroit locker in his front axle, and an E-Locker in the rear. He says that having the E-Locker in the rear allows him to make tighter turns on the trail.

John Currie’s video (above) is definitely a must see for anyone considering upgrading their differentials for off-road.

What Differentials Are Available For My Axles:

Note: This article was published 01/2017. Product availability may change.