I like the 2006 and up front end, but I have a 1994 Ranger that has way too much work to sell and buy a newer one. I also am lazy, so swapping the radiator core support was out of the question.

Now, going into this, I knew that there were some very clear differences, and that all of the exterior panels would need to be changed. So first thing I did was do research on what panels would have to be swapped out.

Once I got everything gathered I started bolting everything up to see what modifications would have to be done to make everything fit.

Here you can see where the front of the fenders needed to be cut to fit properly. 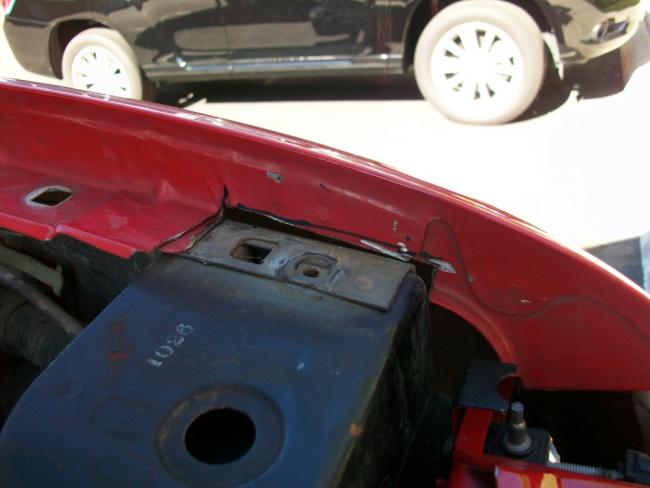 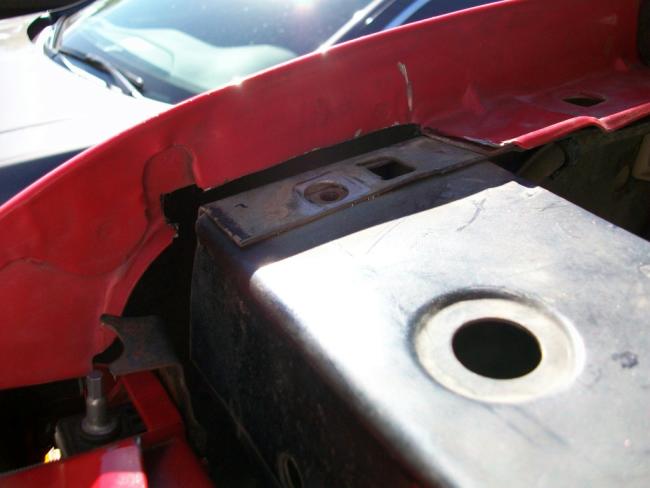 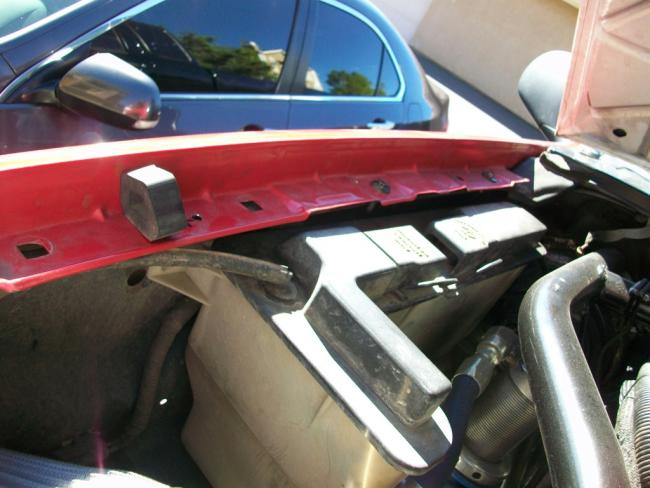 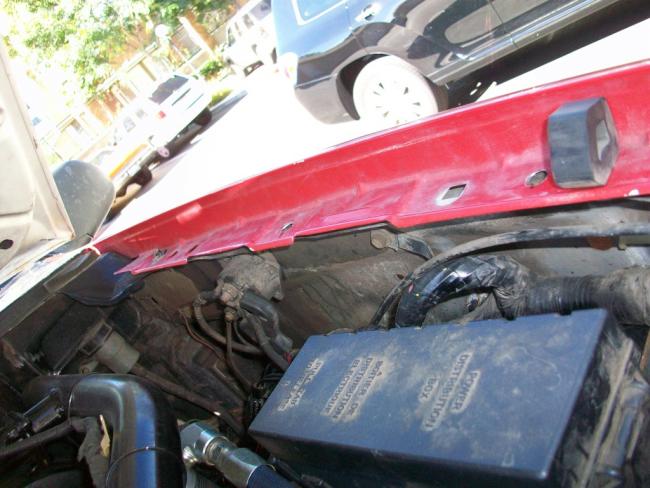 After the fenders were on, the header panel was next. The header panel went on rather easy, but you will need to replace the mounting brackets with ones from whatever year clip you’re dealing with. I got mine from a 2005 Edge. The holes do not line up, so they will need to be redrilled. 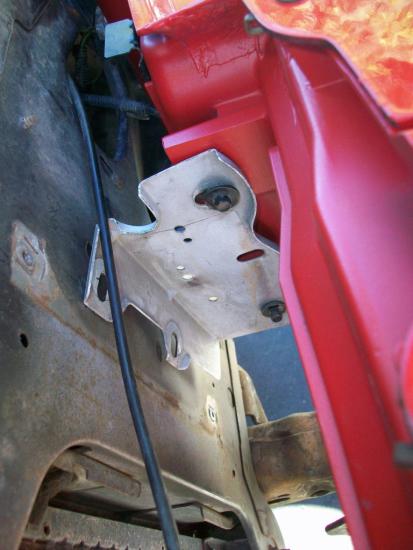 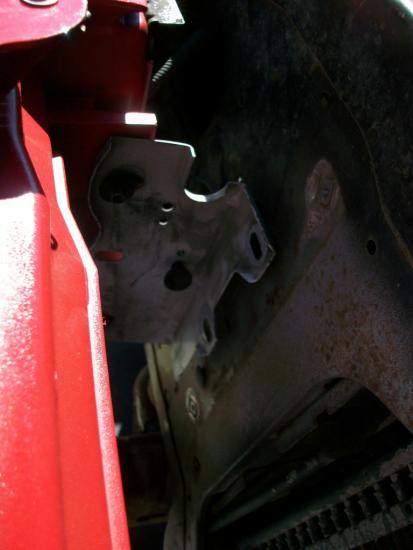 After the header panel bolts up fine to the fenders, and all the clips for the screws from the old clip will work on the new one. Corner lenses mount right up, but the lights are a TOTALLY different story. The header panel will need to be notched about an inch and a half to mount correctly. You can see from the pics below where I notched everything. I just used a die grinder and a 3-inch cut off wheel. The bulb retainer will not work either. The newer headlights have a thicker housing. What to do you ask?? RTV it. The turn signals are now on the inside of the light instead of the outside like on the 1993-1997 style. The lights are VERY tight to get in, but once there, they don’t move. 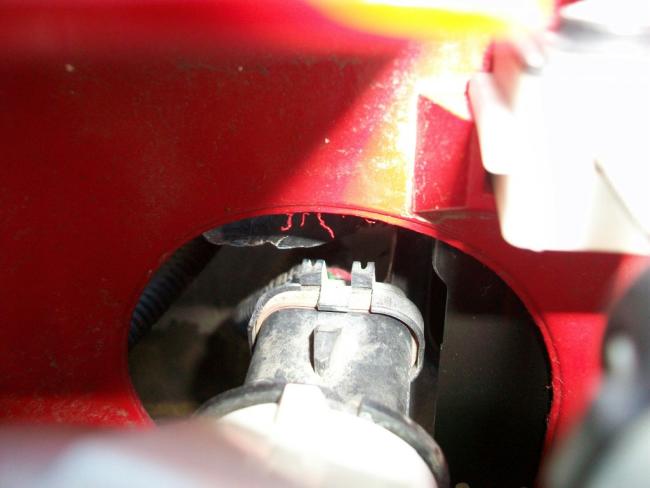 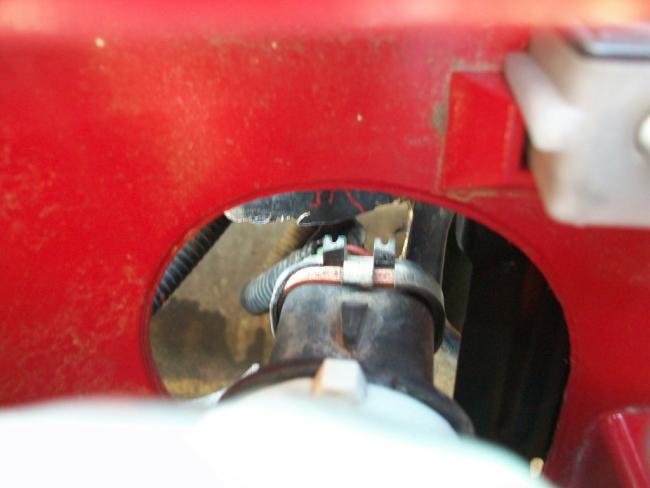 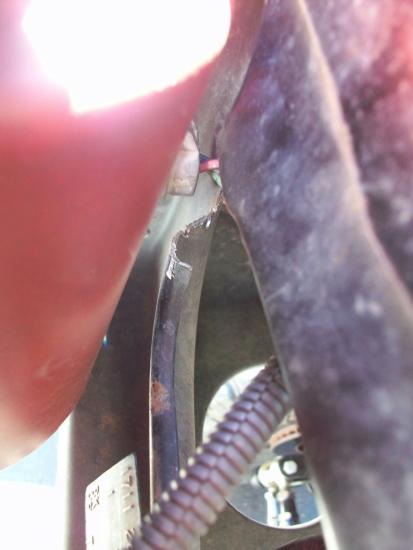 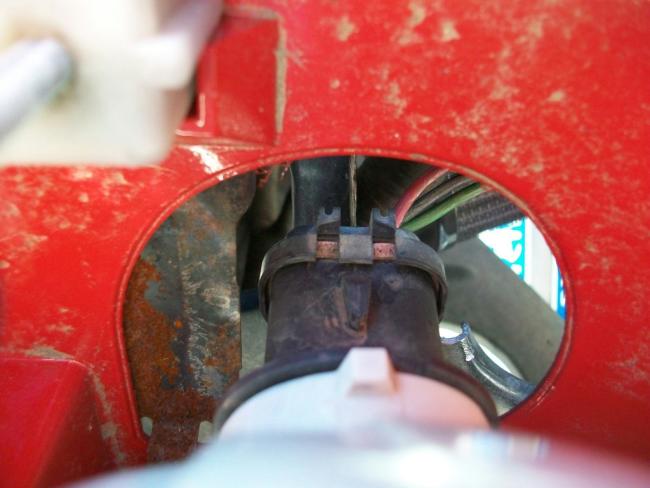 I used the factory headlight mounting clips, as once the panel was notched, everything fit fine.

The 1993-1997 hood latch WILL NOT WORK. Period. Get the idea out of your mind. I went to a junkyard, and bought the piece you see below, along with all the headlight clips, and additional brackets for 50 bucks. Kinda pricey, but hey, its San Diego. Everything is expensive here. 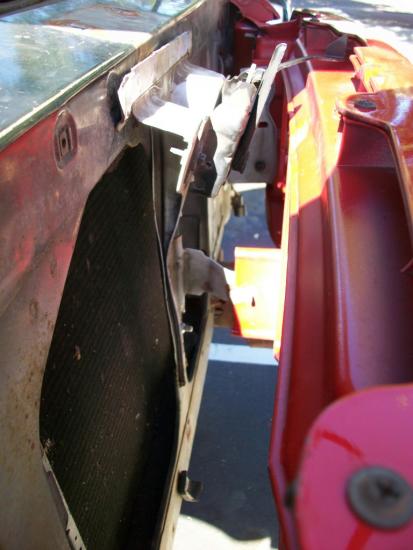 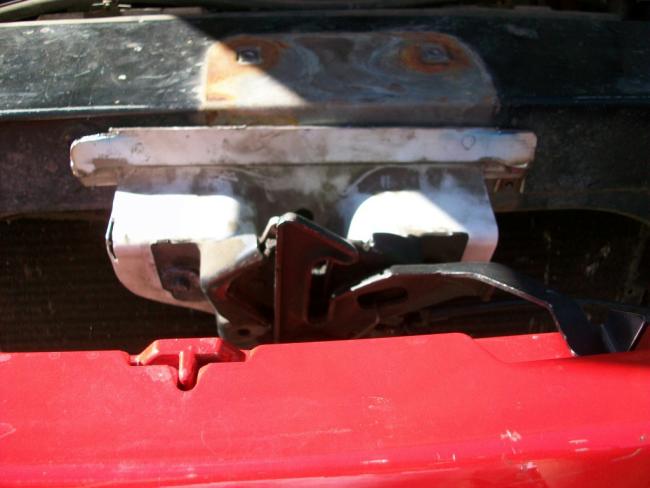 What they did was cut the center section from a 2005 Edge and kept the hood latch connected. I cut it down to what you see above.

Next I removed the 1994 hood latch and the trim piece that goes with it. (just a couple bolts and it comes right off).

Next, I installed the hood, which to my surprise, was the toughest part of the whole swap. The mounting surfaces are just a little different on the 2010 hood, so I had to bend the factory hinges just a bit to fit correctly. Then I simply clamped the new latch section to the 1994 support using vice grips. It took a few times to get it just right. I just clamped it and shut the hood. Then if it’s too high, take off the clamps, reposition, reclamp it, and try again.

Once I had it right where I wanted it, I drilled two holes through both the new latch piece and the 1994 support being VERY CAREFUL to not press to hard to keep from going through the radiator. I added two grade 5 bolts with a set of locking nuts to secure it.

Next was the cable. I simply used a zip tie.

Last brackets I had to buy were the fender mounting brackets that are below the header panel. These also came off the junkyard truck (2005 Edge). They are a little bit longer than the 1994 ones, so it lines the fender up correctly. 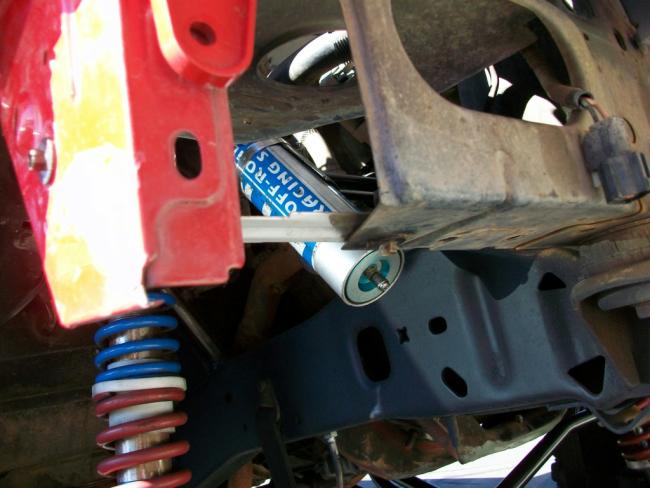 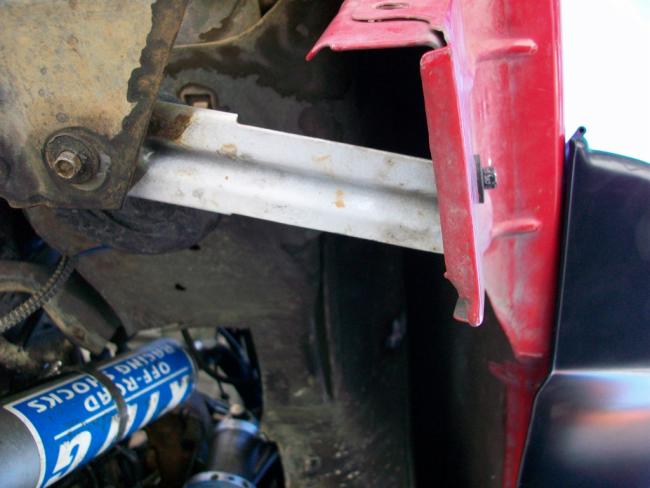 After all that fun… I went from this: 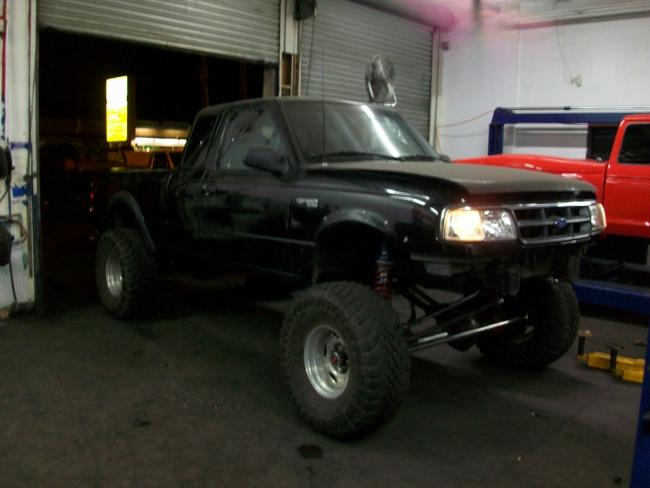 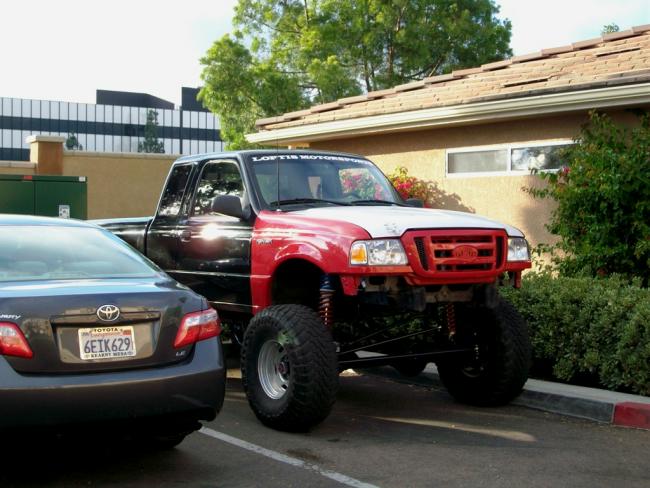