NOTE: A lot of this information has been gathered from our forum members. If you have information to contribute, please use the Contact button at the bottom.

Here is what seats will bolt in to a Ranger:

I took two pieces of 3/16″ X 1″ X 18″ long and bolted them across the bottom of the ZX-2 seats. Then I drilled a hole 1.25″ to the inside of where the ZX-2 rails would have been. Then I bolted the ’95 rails to the cross piece spaced out properly to bolt into my Ranger. I utilized a 1″ long piece of 2″X2″X 1/4″ angle with a hole drilled in each leg to bolt my seat belt to the bottom of the seat. 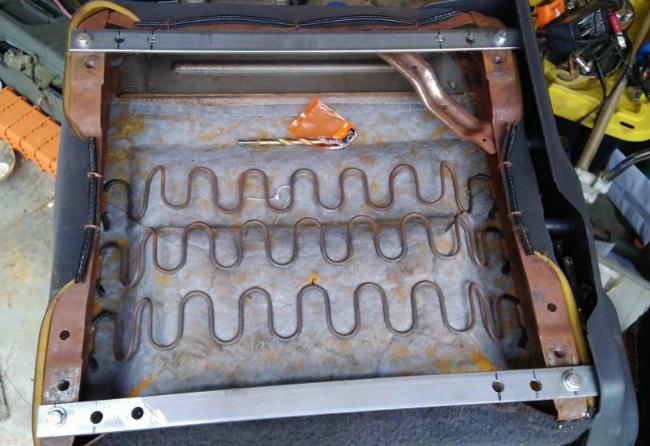 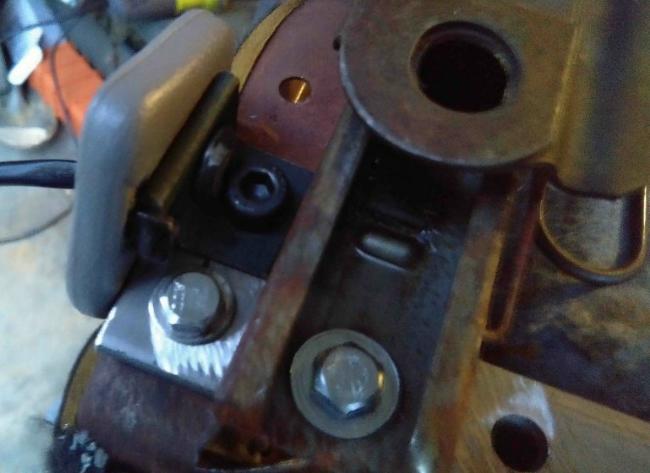 It’s important to either use a thick metal bar or a piece of angle so it doesn’t bend. If you use angle, you’ll have to cut it out to go over the tracks. You can see where this would work with any seat that has a wider track than the Ranger.

Don’t bother looking they will be gone when you get there.  If you’re lucky, look for Mustang GT’s. Also halo style headrests on GTs. 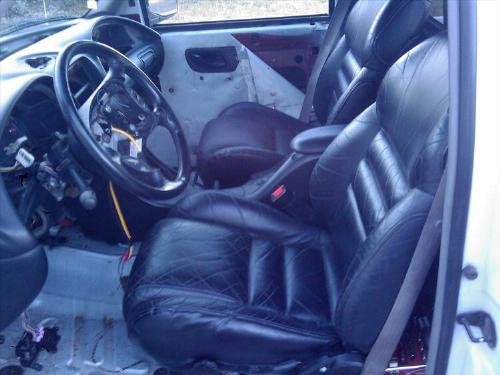 The front seats from an 86 Merkur XR4TI will fit in a B2, so I assume rangers too, If you drill out the rivets, and swap the brackets from the tracks, 1/2 hour per, the seats I used gave me height adjust, adjustable headrest, lumbar support, much better lateral support, (no more bouncing out of the seatbelt) and they’re heated. (Submitted by Merc)

All of these will bolt directly to your factory tracks if you have either Buckets or split-bench.

If you have a conventional bench then you will need to replace your tracks with split-bench/bucket-seat tracks. (Toss your solid bench tracks they are completely different).

You will have to run a Tap through some pre drilled holes in the bottom of the seat frames. The holes are already there but unthreaded.

If you have a conventional cab Ranger you will probably have to use the “halo” style headrest used in Mustangs and Escort GT models, as the pillow style will hit the rear window. This forces the seat back into a very upright position. (and is EXTREMELY uncomfortable)

If you have a Supercab Ranger or a Bronco2 headrest clearance isn’t an issue. 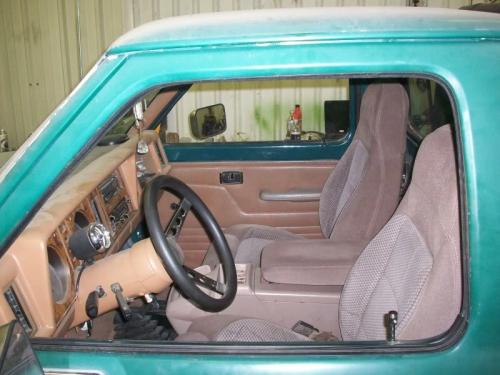 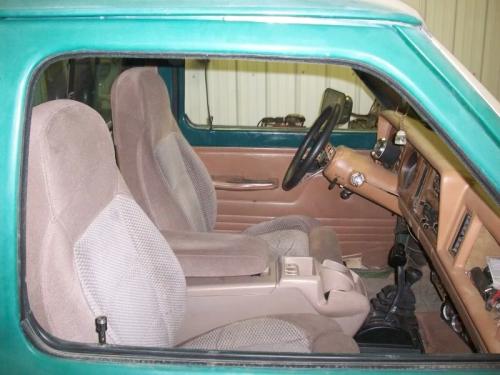 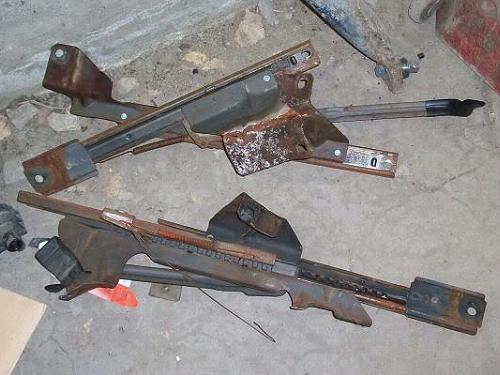 Here is another set of Explorer buckets mounted in an extended cab Ranger using the Ranger’s 60/40 split bench seat brackets. 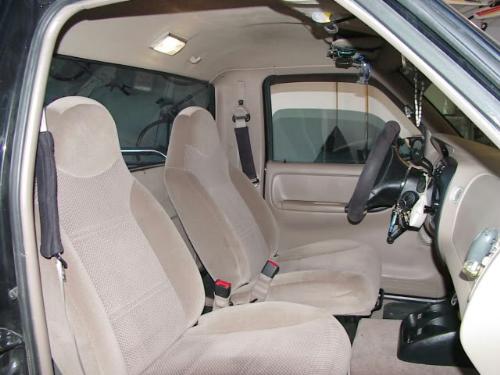 The Explorer seat brackets should be held on by (4) 10mm bolts.

2002 and newer Ford Explorer seats are wider, and will not bolts up to the Ranger tracks.

My seats are heated with power lumbar. I suggest you tap into a large gauge wire under the dash, and add your own 30 amp fuse.

The rest of the wires are for memory. If you want memory seats, grab the switch from the Explorer door, and connect the wires to the same colors on the switch.

DO NOT TOUCH any wiring associated with the YELLOW connector.

If all else fails use two Passenger Seats from two Rangers with the 60/40 Bench seats. 2000 era Ford Rangers have tracks that unbolt from the seat pan and the seat pans on the passenger and the drivers seats are the same. Two passenger side seats makes one set of bucket seats.

If anyone has any photos they want to contribute, please use the Contact button at the bottom of the page. Tonight I just installed a set of bucket seats out of a 2004 ranger extended cab into my friends 1994 extended cab. The seat tracks are welded to the 2004 seats so there was no swapping them. It looked awful close to fitting so I did some measuring. Everything lines up perfect, exact same seat tracks. They bolted right in. I had to swap the seat belt receiver from his old seats to the new ones, that was it (and remove the seat belt pretensioners). Also being the 2004 was a 4 door extended cab, the seats do not slide forwards on their own when you release the seat latch.”

Yet Another Seat Question