The Ford 7.5-Inch axle came in a few different vehicles including the:

For the purpose of this article, we’re only going to discuss the Ford Ranger and Bronco II.

People have asked about the widths of axle shafts to swap shafts from one axle to another.

The right side Bronco II axle shaft is 1-5/8″ wider than the 1983-1992 Ranger shaft. All of this additional width is on the passenger side. The drivers side shaft is the same length in either axle assembly.

On ALL Ranger/Bronco II’s the drivers side axle shaft is longer than the passenger side.

There is no difference between 7.5 & 8.8 axle shaft lengths provided you stay in the same year window. 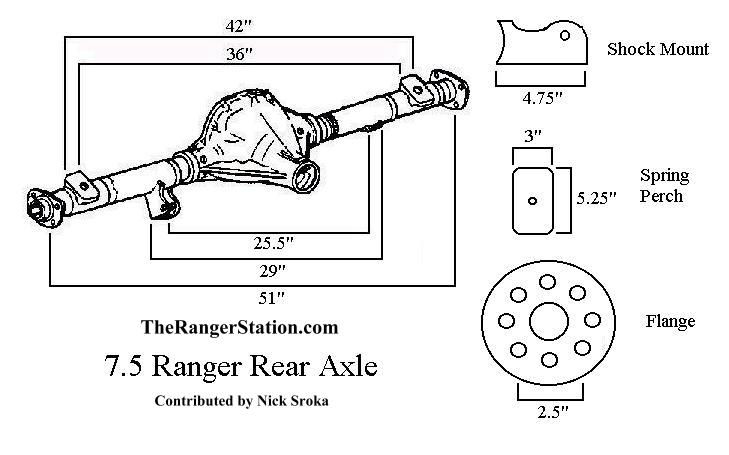 You can identify which axle you have by the tag attached to the inspection cover.

Here is an example of an axle tag:

Looking at that tag, you can see the gear ratio stamped on the lower left, and the axle size (ring gear diameter) stamped in the bottom middle.

Rear axle codes can be found on the Safety Standard Certification label attached to the left drivers side door lock post.  The code appears as a number or letter/number combination in the ‘Axle’ column of the label. 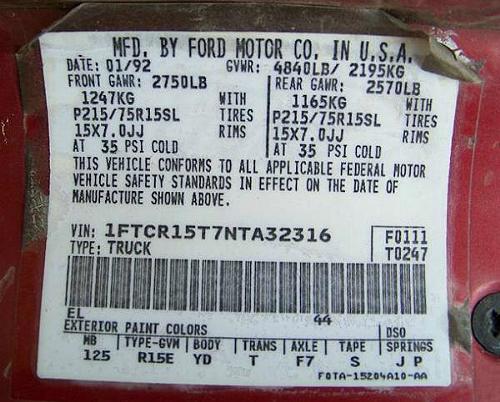 If you look at the ‘AXLE’  section on the label above, you’ll see that this Ranger has a ‘F7’ axle code. Using the chart below, we know that this axle is a 7.5-Inch axle with a 4.10 limited slip.