Had to tow mine to a windshield shop because their mobile guy said the glue was too hard for him. Oh well new windshield is nice!

Had the final inspection of my shop today so I loaded all my gas cans and propane tanks in the back of the '90 to move them out of sight for good measure... doubt it would have mattered, he was only there like 12 minutes and only looked at the 3 electrical panels really... but had the day off (they only tell you they'll be there in the AM... he got there at 10) so I weedeated around the shop, put all the trimmings in the burn pile, grabbed the last of the lumber around the shop and put it in the ranger trailer. Then grabbed the tractor and one of the 3 workbenches I've been waiting to put in the shop and drug it to the driveway to attack it with the grinder with wire wheel... then cleaned up the bolt bin I had sitting around and finished primering it to put on the bench once I put it somewhere... it's empty but I feel fairly accomplished for the day, at least that final inspection is done!!!

on my bike ride yesterday i saw a very good looking stepside single cab edge at the gas station. it had some larger tires on it which made it really ncice looking. it was a pretty blue purple (like the post reply button here) and very clean. than, when i was coming back from teh north gate of the base, by texas a&m university, a good looking white lowered ranger with black accents was behind me.

so, now i will have to mount those other 31s and put them on to see how my red truck looks. i am kind of worried how 31s will effect drivability and mileage though since its a 3.0 with 4.10

Carried it to Gulches ORV Park for the afternoon and a haunted night ride. 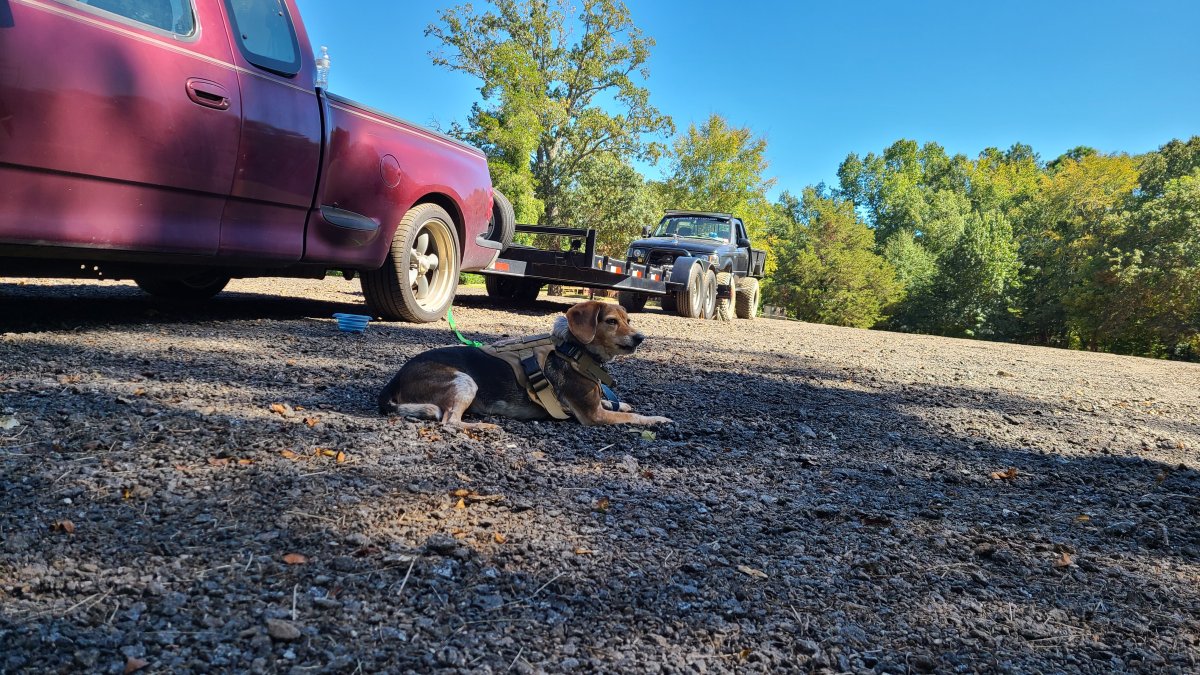 That's a different package that has to be added to another package that comes with the Tremor package. Unless you want the Blue tow hooks, then you have to get a lesser package of packages.

I just have to say, I’m really glad this place is a thriving forum again. I haven’t been in here in 8 or 9 years, and I remember back then the place was kinda dead. What helped bring it back so much? Was it the new 2019 rangers coming out?

Dantheman1540 said:
I just have to say, I’m really glad this place is a thriving forum again. I haven’t been in here in 8 or 9 years, and I remember back then the place was kinda dead. What helped bring it back so much? Was it the new 2019 rangers coming out?
Click to expand...

No, it’s the members that keep this place going.

snoranger said:
No, it’s the members that keep this place going.
Click to expand...

It’s really nice to see, forums have such a wealth of information.

Ranger850 said:
That's a different package that has to be added to another package that comes with the Tremor package. Unless you want the Blue tow hooks, then you have to get a lesser package of packages.
Click to expand...

It was very nice of him to show us his package, wasn't it?

The rocks are angry today. 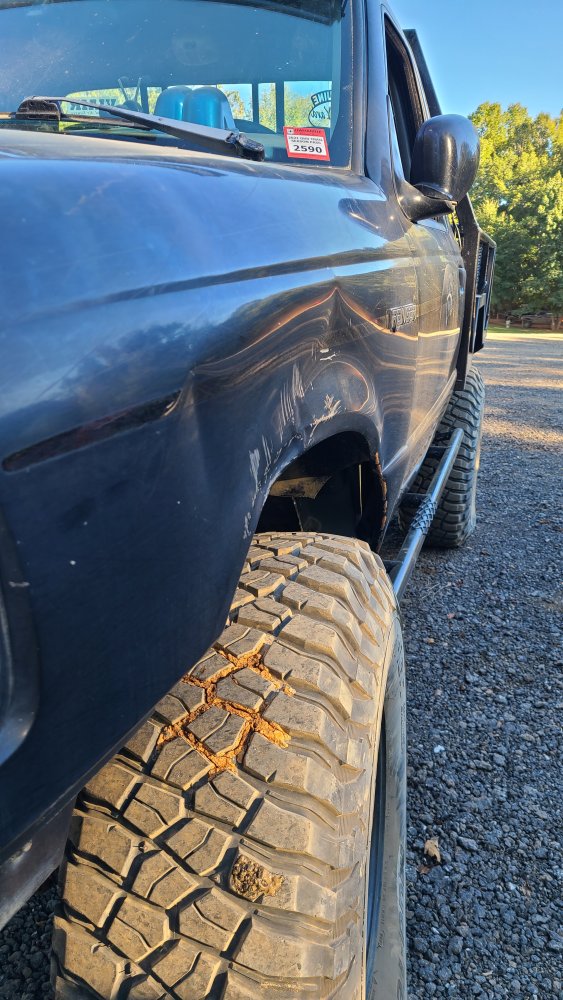 Tried a adapter/spacer and tire out today, have a old front rotor to check on stud length and found out the open 1/2-20 nuts I bought are too thick & stick out past the mounting surface of the spacer, found a few lugnuts from my box trailer that arent as tall, so I could either grind down lugnuts or order more, think I will order more. Fit one to the rear just to see how it looks, not horrible. I will need to take a little off all the studs, back ones are longer than the front, that will take a little while. Heres a picture of whats on it now (235/75/15) vs the hhr winter tire (215/60/16) Its really weird how the studs on the adapters are metric, 12mm.

Well, got to spend a little time on the green Ranger today around a couple interruptions. Blew out a brake hard line because it’s been sitting and blew out my new -AN fuel line, pulled the old motor mounts and put the new ones in, pulled the old fuel line from the filter and sent the new line down there, filled the front diff with oil, pinned it in place (I say pinned because the nuts were not with the bolts except for the one that goes straight up, so nothing is tight with it yet), cleaned off the drivers side CV and shoved it in (oil was trying to get out), then slid under to connect the new line to the fuel filter and…. It doesn’t fit. The fitting coming out of the front of the filter isn’t long enough for the connector I have. So I either need a different connector, a different fuel filter, a different type of filter, a different line, or to get my line apart (which I haven’t been able to separate yet and what prompted the -AN line).

I had been thinking about getting an aftermarket canister type filter, but decided against spending the money at the time. Pretty sure someone on here did one of those but I don’t remember where it got posted or where I would have made a note of what I needed, so I’ll have to figure this all out. At this point, that’s the simple solution I think, it was what I initially planned. Be able to use the line I already made too. Which also means I don’t see any reason not to be able to set the engine once I get the brake line in and a couple little housekeeping chores in the engine bay done.

Dantheman1540 said:
I just have to say, I’m really glad this place is a thriving forum again. I haven’t been in here in 8 or 9 years, and I remember back then the place was kinda dead. What helped bring it back so much? Was it the new 2019 rangers coming out?
Click to expand...

I think there's more people over Facebook anymore, back around 10 years ago everything was moving over there, now there's still a lot over there (I'm guessing, been almost 2 years since I've even scrolled really...), back 10 years ago was somewhat of a low point for me so I was distant... that and I flip between hobbies every now and then, the '90 is in better shape than it's been in years now so I'm back on that somewhat, if gas wasn't so expensive I'd drive it more, I should wear out these tires, they're over 10 years old and still have like 70% tread...

I agree, it's the members that make the place, between fordranger.com back in the olden days and here I've learned a LOT about all sorts of stuff and opened me up to experimenting on vehicular stuff...

Took it to jericho mt state park in Berlin NH to see 'what the deal is' with their truck/jeep trails.

Had an extremely good time, and didn't muff the truck up nearly at all.

I'll make a little trip report in a little while.