snoranger said:
You still haven’t found them? Where did you see them last? Did you try retracing your steps?
Click to expand...

ahh.. the abominable snowman got them

Finally got around to getting an picture of the 2011 with the updates to the antennas and the roof rack bars. 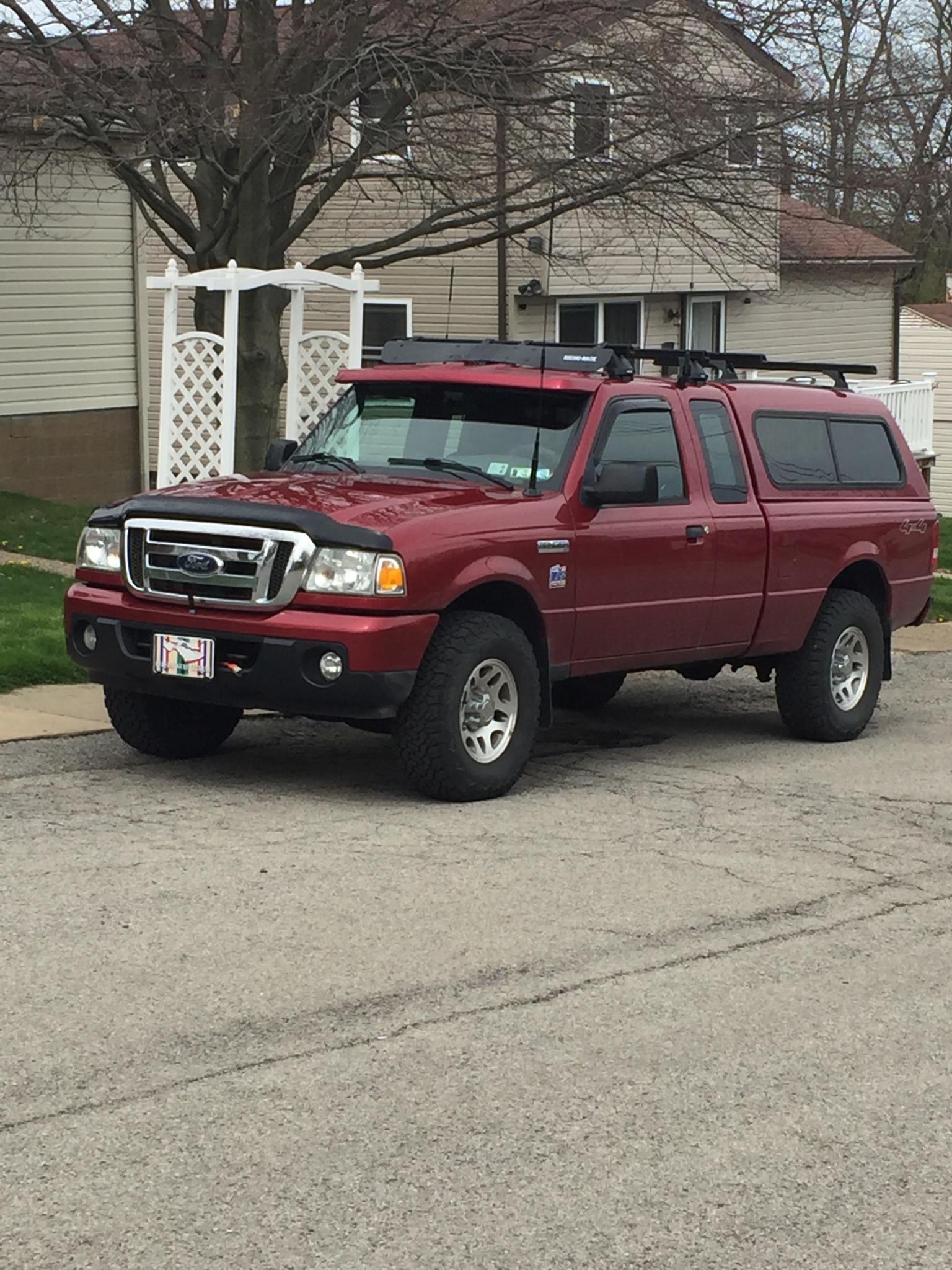 And I even have some plastic strips in the wheels wells to keep rocks from hitting down there.

I took the ranger to town and got a baked potato from Rudy's with brisket on it. And got ethanol free gas since I have a two hour drive to the bike ride tomorrow. Anyways, a friend from when I used to build turbine engines was on the next pump with his jeep. We talked about the kids and then he started asking about the ranger and said he was looking at one recently by my house that was on a car lot. I knew which one, a silver single cab. Anyways, he said he will go look at it more closely since I was explained mine is a V6 five speed and on the 4x4 suspension, even though it's 2x4. He thinks that's super cool

I was going to do a short-interval oil change at 3,000 miles because the oil in it now is a mix of part-empty bottles of conventional, semi-synthetic, and synthetic versions Chevron, Valvoline, Motorcraft, Castrol 5w20 and 5w30 oil leftover from previous oil changes. I'm at 3,500 miles on that oil. I pulled out the dipstick and the oil isn't anywhere close to being dark. I would describe it as a rich amber color with a little bit of noticeable carbon. It must be due to most of the mileage being on the highway. I think I'll wait a bit before I change the oil.

I've also been fighting the lock cylinder on the driver's side door. It turns out there's nothing wrong with the lock cylinder. It's the key that's worn out. So, I looked up transponder keys and I see Amazon has blank sets of two for around $15. Has anyone purchases these keys online and had them cut locally?

Even at the dealership the key blanks are not that expensive. Its the programming that costs because most places have a 3/4 hour minimum at $150+ per hour.

rubydist said:
Even at the dealership the key blanks are not that expensive. Its the programming that costs because most places have a 3/4 hour minimum at $150+ per hour.
Click to expand...

I'm glad I don't have to deal with the chip keys.
They can get real pricey. My 93 Ranger key only costs $3 at Lowe's, so I had 3 made, plus my original. Having 4 keys is a little OCD, ya think?

Aubuchon hardware can do chip keys now, not sure of the expense.

Bill said:
I've also been fighting the lock cylinder on the driver's side door. It turns out there's nothing wrong with the lock cylinder. It's the key that's worn out. So, I looked up transponder keys and I see Amazon has blank sets of two for around $15. Has anyone purchases these keys online and had them cut locally?
Click to expand...

Ok, so I’ve been down this road…

First, if you haven’t already done so, hose the lock out good with electrical contact cleaner (it’s plastic safe) and work the key in and around while you’re at it. Sometimes gunk builds up in them and the key doesn’t work right. It’s worth a shot, I’ve had some success with that.

Buying chip keys online is a mixed bag. Sometimes the chips don’t work or aren’t compatible and once in awhile you hear about ones that are sold as chip keys and don’t actually have a chip in them. So make sure it’s a reputable source.

Home Depot and some other places can cut and ”program” chip keys for less than the dealer or a locksmith. But what they do is “clone” your key. So they duplicate the cuts on your key and program the chip to match your key. Thus if you only have one chip key and you get one made like this, you can’t use those two keys to program a third on your own because the computer sees both keys as being the same key. The other thing is, if your key is getting worn down, they don’t cut it to original code, they just make a match to your worn key. So if you don’t have a “good” key, you still need a locksmith or dealer to cut a “good” key and possibly program it.

Now, the solution I found when I was in your boat back a few years, I found a locksmith on eBay, Wolf Security was the name, he had me send a good close picture of my key and sent an unprogrammed key cut to code for about $20 or so. Armed with Forscan on my laptop and a usb to obd2 cable I programmed in the new key. A year or two later I finally got myself a basic key machine since I like to tinker with locksmithing and came up with a bit of a plan. Now if it’s a chip key, if I have a good original key (or have one code cut), I retain that for a spare AND cut a non-chip key that goes in the spare box with a tag. Now I will always have a near perfect key to cut from for that particular vehicle. Then I have two keys for regular use, since I always carry a primary and spare with me. If it’s a chip key, I maintain two spares at home too (since it’s reasonably cheap for me to do so), thus I’m always going to have a good mechanical cut and a pair of chip keys to program with. I only buy Strattec chip key blanks for the Fords and usually try to use them for other brands. Strattec is the OEM key for Ford, so programming is not a problem.

broncc said:
Buddy of mine has access to a Formlabs printer... I'm working on getting a snug fit on my transfer case linkage to solve popping out of 4hi.

That is sweet, the stock ones are getting fragile and hard to find, I think mine is partially broken... 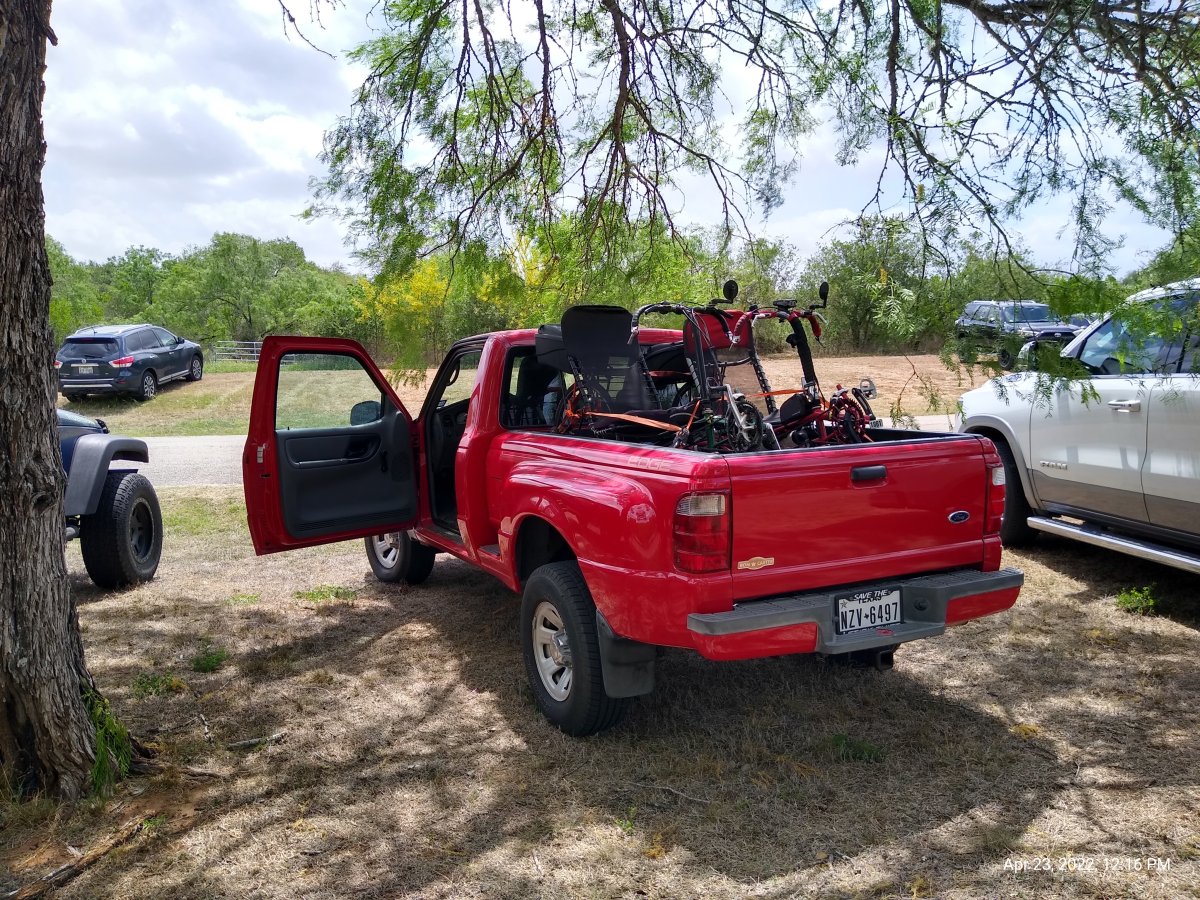 I just purchased this from Harbor Freight. Im going to size it up to custom fit the inside of the tailgate to save my knees. I'm using this so when I get in the truck my knees won't hurt on the tailgate. It costs only $10 for 4 pieces of 1 inch thick solid foam. This should work.

I'll probably use 3m Heavy Duty double sided Velcro Strips to affix it to the tailgate. 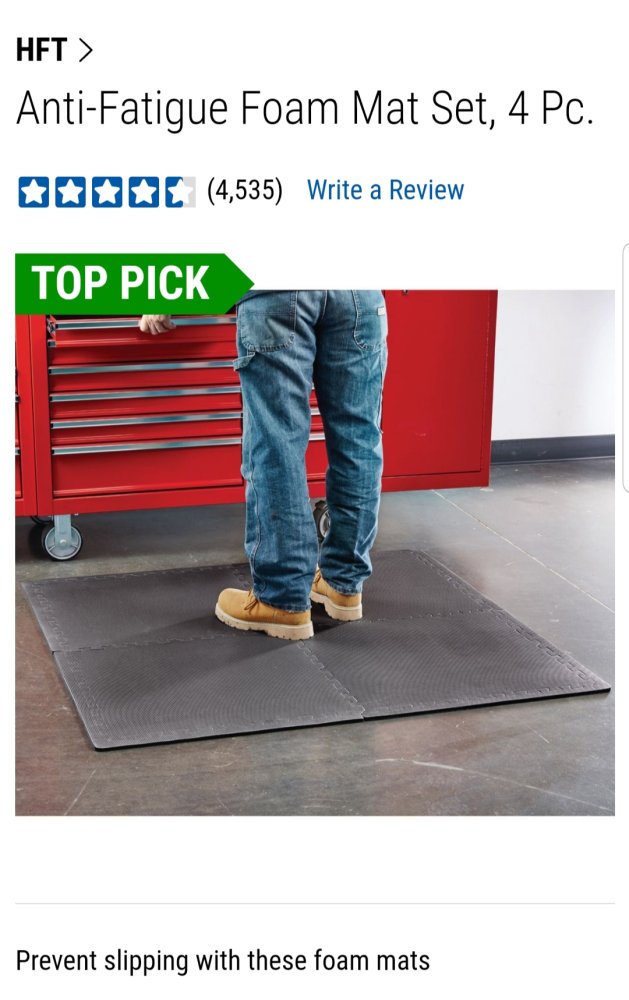 All I did to the Ranger, was turn it around in the driveway, in preparation for the next round of front suspension tuning.

But, as part of my garage cleaning effort, I used up some extra materials. My little roll-around seat had broken a month ago. I built a much more robust replacement. Then I added a shelf under a work table I built a couple years ago. 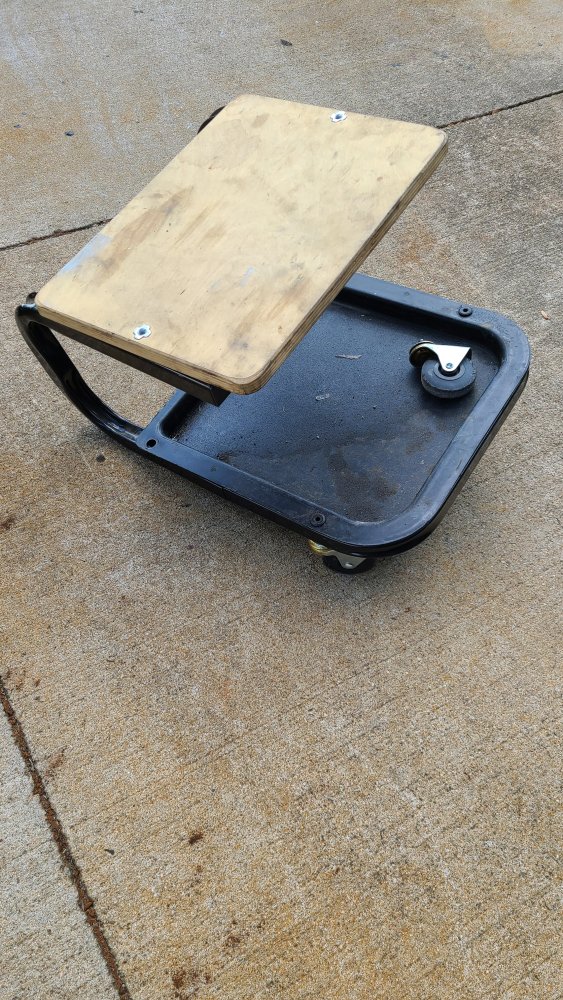 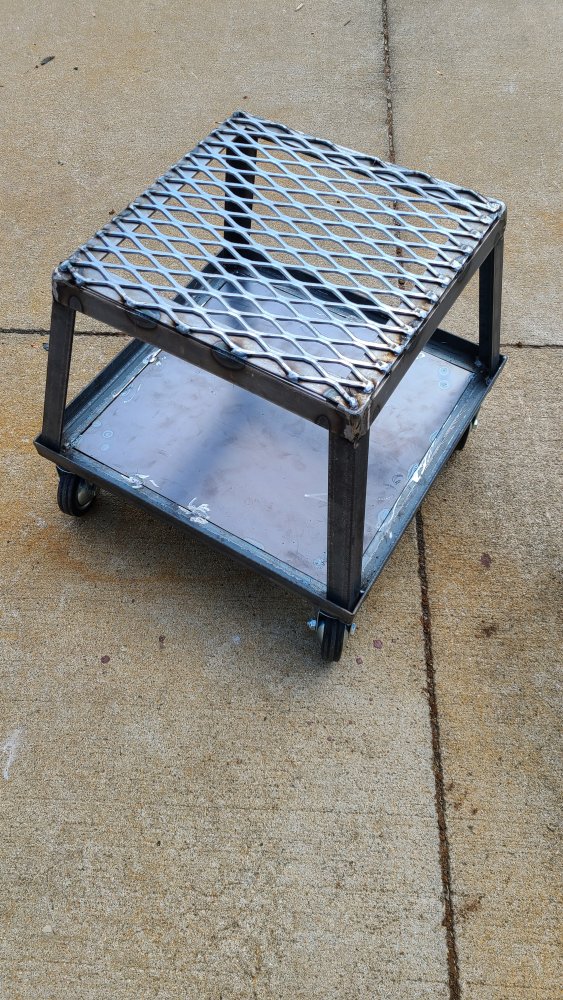 ericbphoto said:
All I fid to the Ranger, was turn it around in the driveway, in preparation for the next round of front suspension tuning.

But, as part of my garage cleaning effort, I used up some extra materials. My little roll-around seat had broken a month ago. I built a much more robust replacement. Then I added a shelf under a work table I built a couple years ago.

scotts90ranger said:
That is sweet, the stock ones are getting fragile and hard to find, I think mine is partially broken...

That's some good info. I'll see about adjusting it. My original bushing thing was very broken so it certainly did not help.

took the ranger & the flatbed on a trip in to the next county to pick up a small chicken house, sure it would of fit in the ranger with the cap off but didn’t really want to do that today. Now im in the process of rigging up a handle on one end and wheels on the other so it can easily (or more easily) be moved from time to time at different spots in the yard. Not a fan of chickens, the eggs will be nice but thats about it. For some reason Bren wanted to give it a try, at least it was a decent deal and not full retail. Was only $200 and came with feed, heat lamp and the containers for feed & water. Now I guess tomorrow its off to rural king to price birds & get the hardware and other items needed to make the coop mobile. Already have the handle & wheels thanks to a push mower someone gave me that needed work and I had no use for or desire to fix.
You must log in or register to reply here.
Share:
Facebook Twitter Reddit Pinterest Tumblr WhatsApp Email Link