Yesterday I made the FedEx guys day. 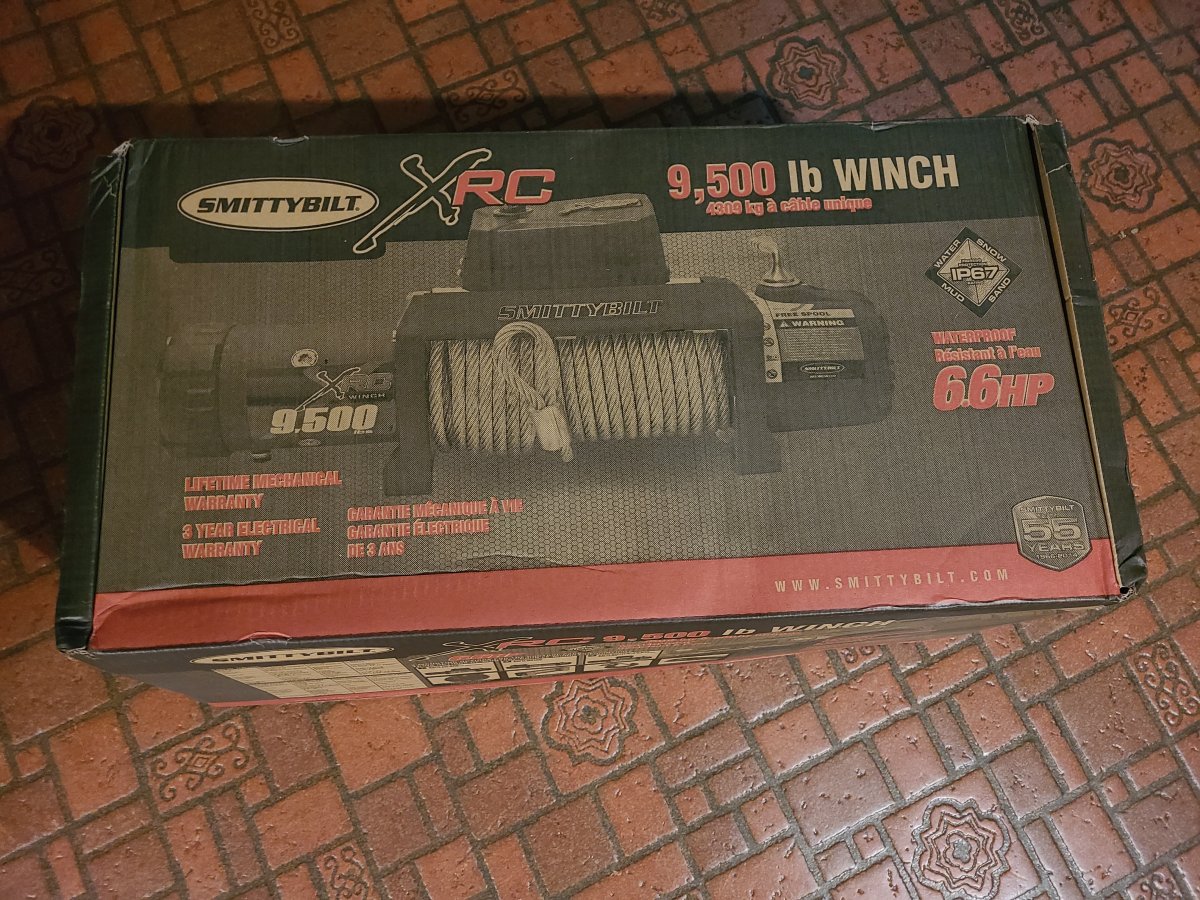 Today I drove it to work, went to lunch with the window down, 2nd of December aside it was a gorgeous day, high 60's.

Drove home with the window down and the heater on, tad cool for highway speeds but I soaked it up while I could.
Last edited: Dec 2, 2021

Replaced a side marker light and tail light before getting the airbag replaced again by Ford.

Finally adjusted the headlights on the '97 last night, they were pretty bad, we'll see in a couple minutes how I did...

I think i need to order a new set of headlights for mine. The drivers side bulb keeps falling out of the housing. Probably should investigate before making any purchases.

Found and arranged a deal for some new to me rims and tires for it. 245/75r16 mastercraft axts with probably 70% tread or better for $200. My rears are worn from being on the front when it was clapped out. Anyway, im picking them up Tuesday, pretty excited to ditch these ugly wheels even if it is for factory wheels.

Which factory wheel? That's a great deal. I've used those tires and liked them (similar to the Cooper AT3 ), a bit noisy when cold but decent grip in rain/mud, never tried them in snow.

CrabGuy said:
Which factory wheel? That's a great deal. I've used those tires and liked them (similar to the Cooper AT3 ), a bit noisy when cold but decent grip in rain/mud, never tried them in snow.
Click to expand...

Ive been a Mastercraft guy since i bought a set of the original courser MTs for my 79 k20 with my graduation money. 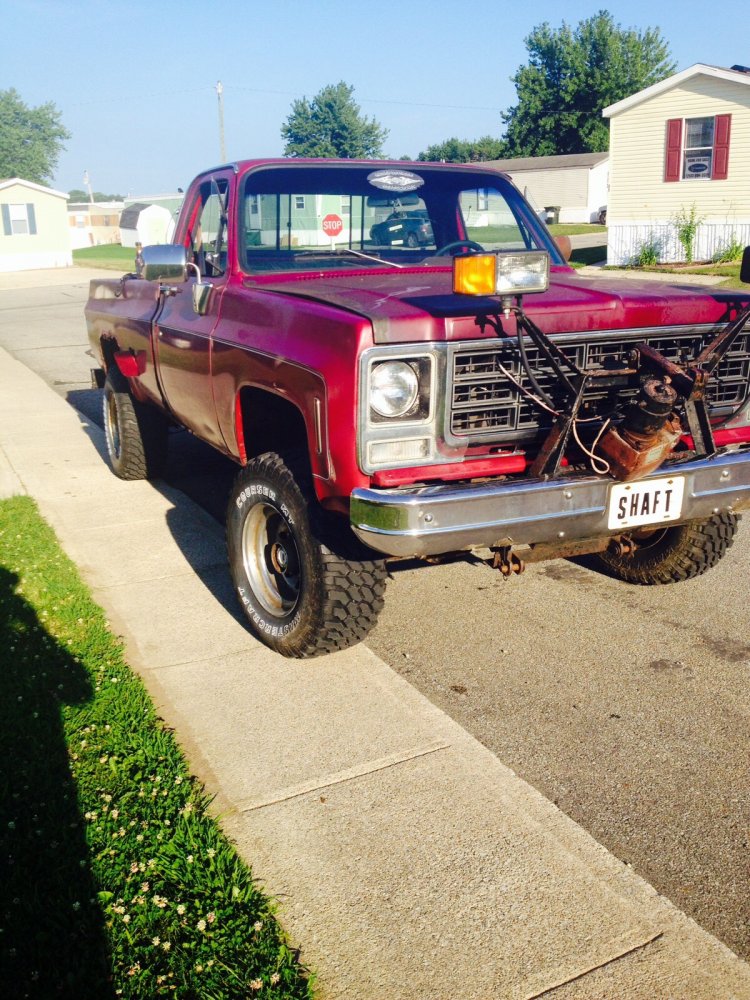 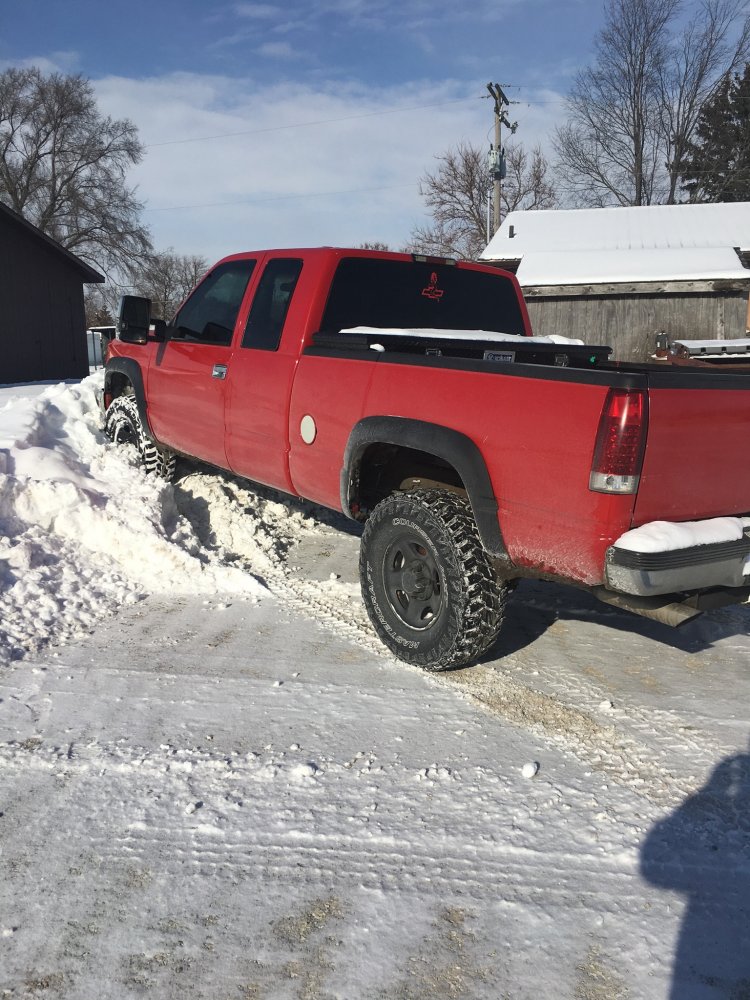 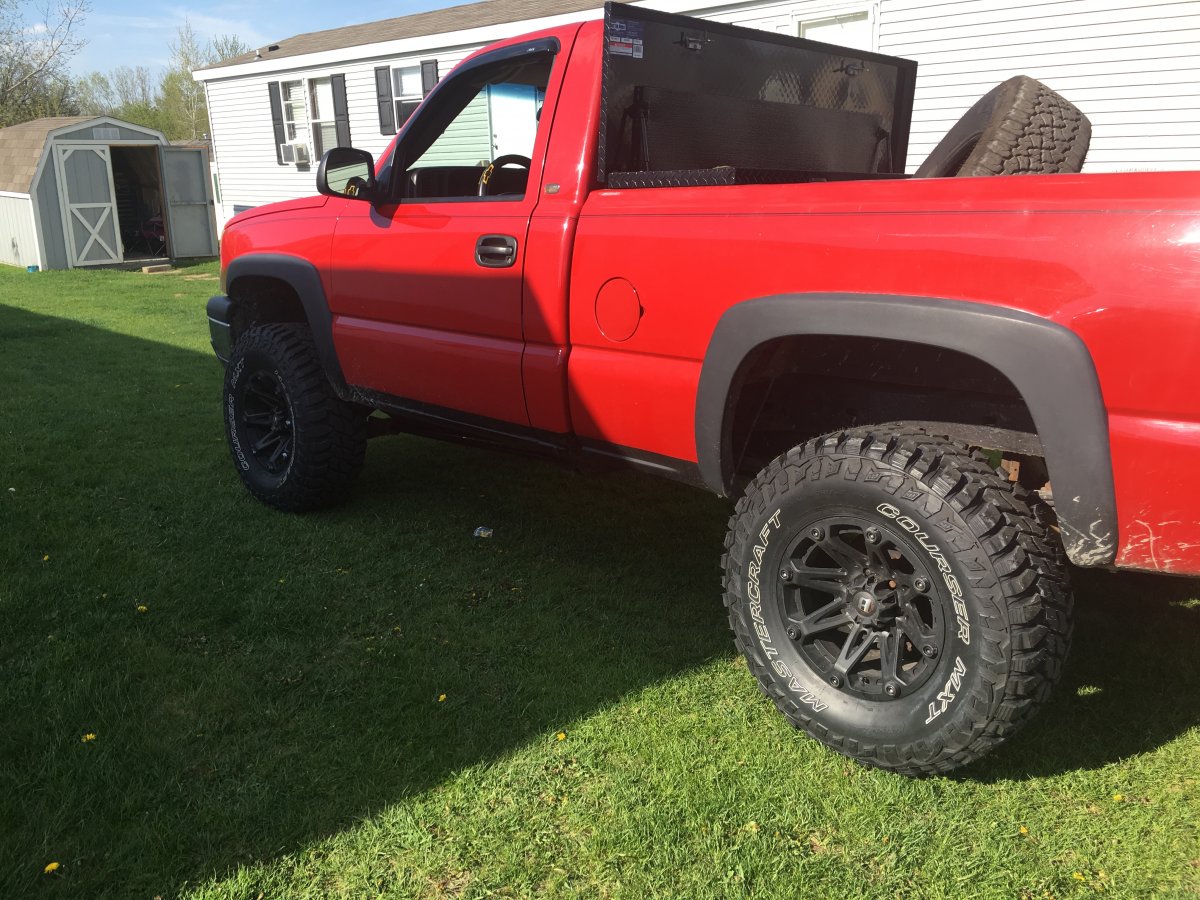 My first set of AXTs on my fiances old tahoe 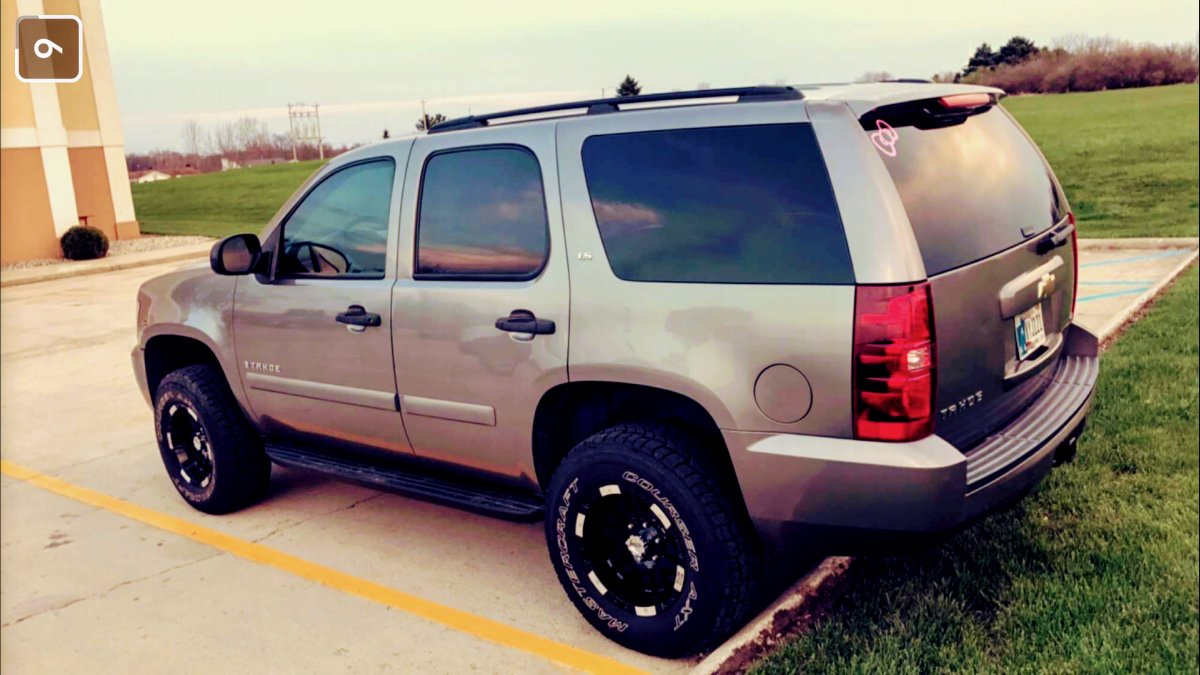 Second set on her current ride. Im a fan of the AXTs. Theyre great in the winter. Snow, slush, ice, whatever. Ive never been stuck with axts but then again i dont make questionable decisions in my fiances vehicles lol. 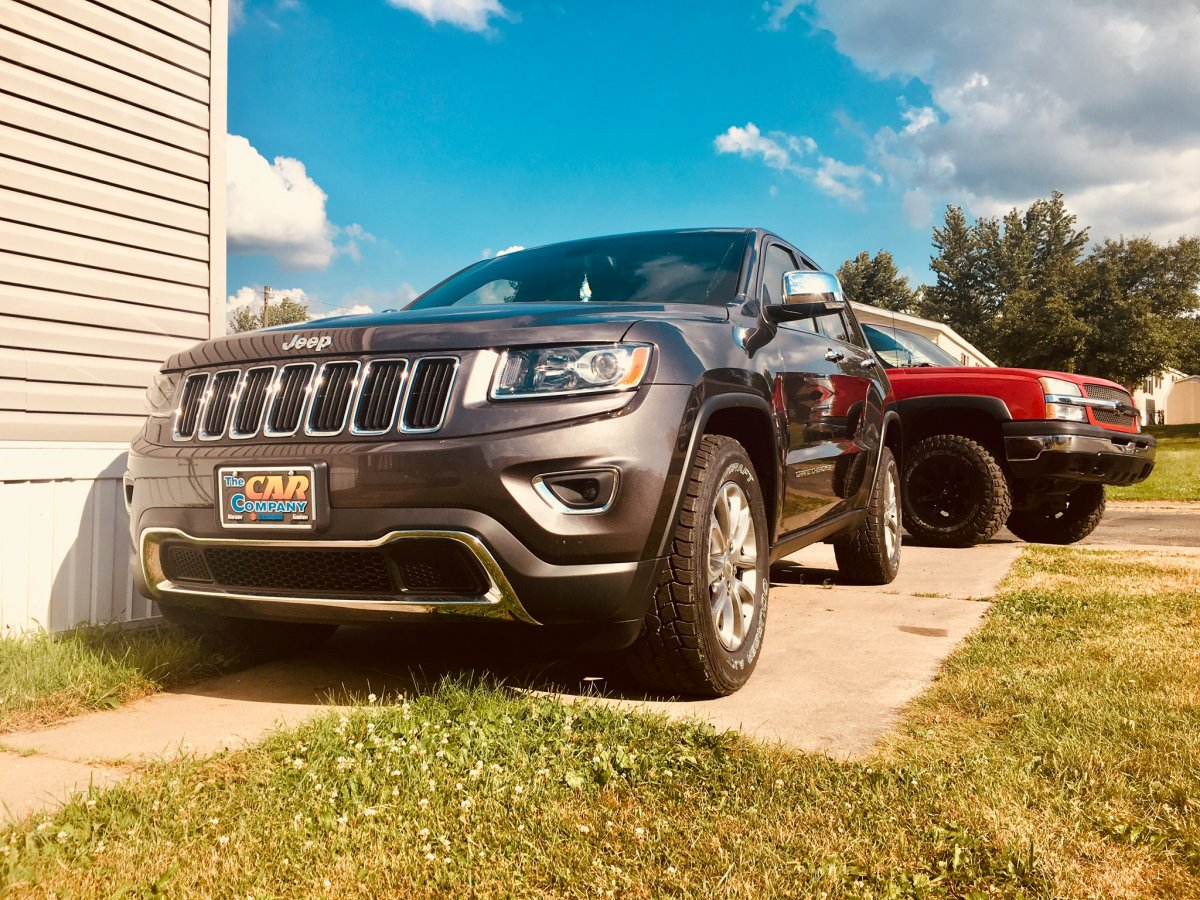 CXTs on my GMC. Great in winter and mud, although if you burry it to the door in a snow bank youll still get stuck. Doesnt look as bad as it actually was lol. But i did make $300 pulling a semi loaded with doors out of a loading dock during that storm so it redeemed itself. Kenetic ropes are amazing btw, between that and the jeep it was out in one tug.

Also i put a set of the new AXT2s on my moms jeep GC for mothers day this year so well see how those do this winter. She racks up 40k+ miles a year for work so she’ll definitely put them to the test.

Since I adjusted the headlights last night I decided to polish them tonight... it's too cold for anything else in the dark... so in the shop it went... started by cutting off the stupid alignment pins then took off the oxidation with some steel wool then hit it with the polishing compound from the harbor freight kit (the kit I have was missing the fine grit paper... skipped the 500 and 800 grit steps since the steel wool with water works pretty good) which looked good but the passenger side is broken again on the lower vertical adjustment pin... so I rednecked that with some epoxy and a small scrap of solid core copper wire... will probably assemble that mess again here in about an hour...

I've been left to my own devices tonight if that explains anything...

Anywho, got the '97 headlight back in and adjusted back down. After that the hood was still up and I decided to tackle the last two plugs and wires that I've been putting off, turns out neither has been doing JACK. I went to pull off the plug wires and the wires pulled out of both boots super easy, once I pulled both boots off I was left with the metal part of both plugs somehow... I might put up a picture in the morning, I've never seen that before... Anyway, both plugs and wires are replaced now but it's still apart, the PCV was roached and I don't have a spare so I can't put it back together until tomorrow...

Someone was asking about something so I went and got into the '90 for the first time in a while... I knew it was fogging up on the inside but I wasn't expecting icicles almost on the ceiling (it's a no headliner model so sheet metal ceiling) when I got in there... it still started up! poor ol Ranger... she needs some love and attention...

Here's the spark plugs I mentioned last night, I've never seen that before, let alone two plugs next to eachother on the same engine when the other 6 plugs were just worn to heck... 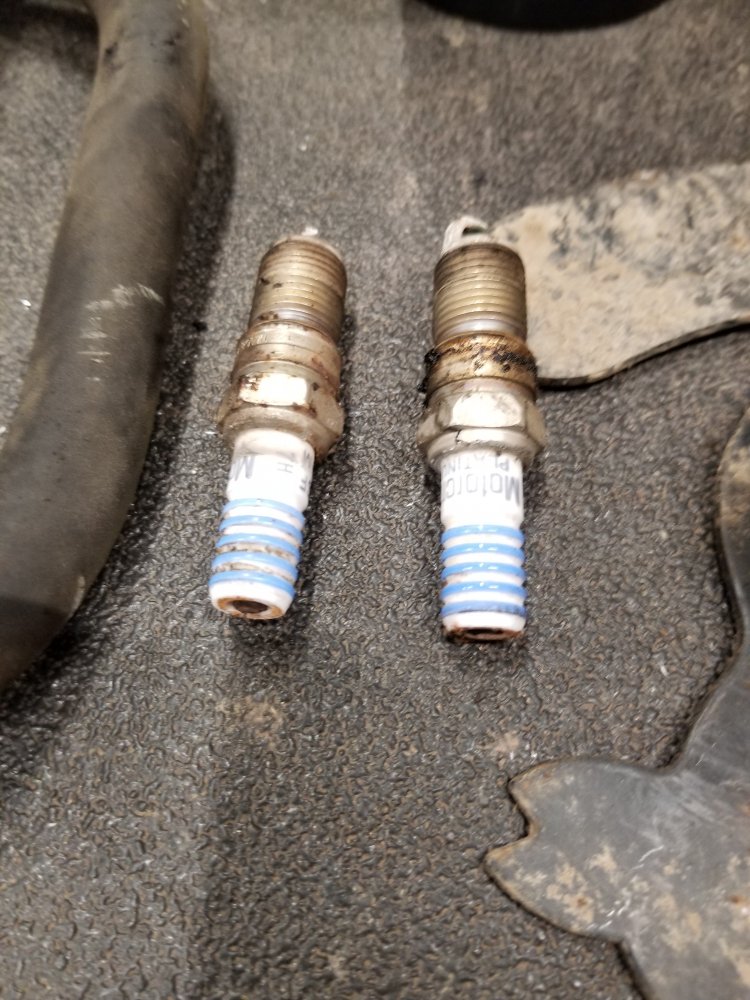 While the wife was out I had her grab a PCV... $.96 later I had everything I needed to get the '97 together, it now runs better and I think I need to move the headlights up a little bit after the 1/2 mile test drive I took it on...

The intake manifold was wet with oil after the PCV port so it was shot so maybe that'll help things some... those two spark plugs sure weren't doing anything, hopefully my fuel mileage will go up a little...

Put the spare tire carrier and spare on the back to get it out of the way.

i took the factory am/fm/cassette radio from my 91 and put it in my 87 and because the 87 and the 91 had a factory cassette player they had the same plugs but the only thing i had problems with was the mounting, i only could have the slide in part and not the screw in part so i just took some random junk i found in the cab and put it on top and underneath the radio so it wont move up and down. REDNECK 101 always do the best you can with crap you got

scotts90ranger said:
Here's the spark plugs I mentioned last night, I've never seen that before, let alone two plugs next to eachother on the same engine when the other 6 plugs were just worn to heck...

I've seen lots of plugs with worn electrodes, but seeing the plug wire end of the plug gone is a first. How did you do that?

Drove my ranger ( ole friend ) to big bear and spent the weekend there visiting my friend who I sold my old 3.0 package to. I was informed about it, saying it lives. Saw and drove it...runs really good. Engine and transmission were completely shot, he had a complete rebuild on both.

In the midst of all, drove my ranger alot in the mountains.. should have taken pictures, my mind was not thinking of that...will next time I go there.

Truly enjoyed it..the 3.0 with a 5spd and the og flow 40..that sound is always music to my ears in the mountains.