Ok, I sanded the 87 4wd after 2 coats, for the last time I hope, and I taped off the split to paint the black.

I tried to eyeball the tape. Yeah, between my failing eyesight and shaky hands, it wasn’t pretty! So I made this cheater. On one side I can run it on the inside of the wheel well with a sharpie through the hole, and then I sanded out an angle on the other side to fit in the notch that runs along the bottom of the truck to stitch the low line. Sweet success! 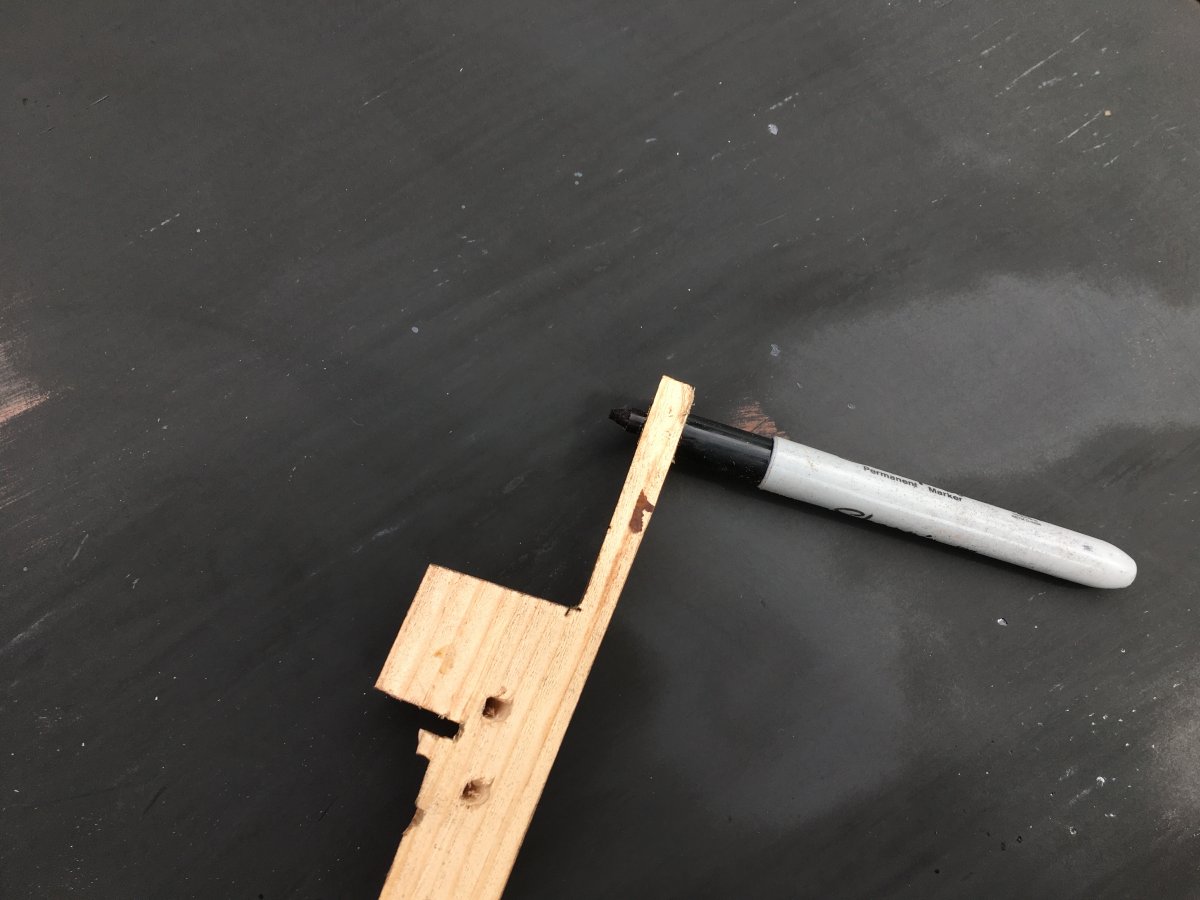 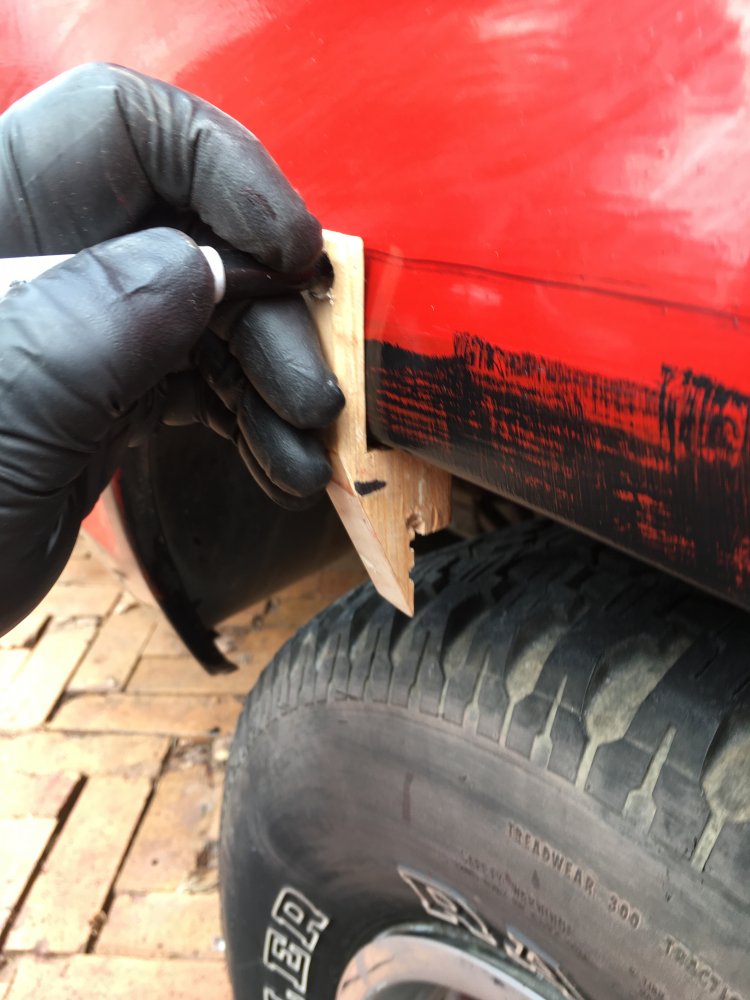 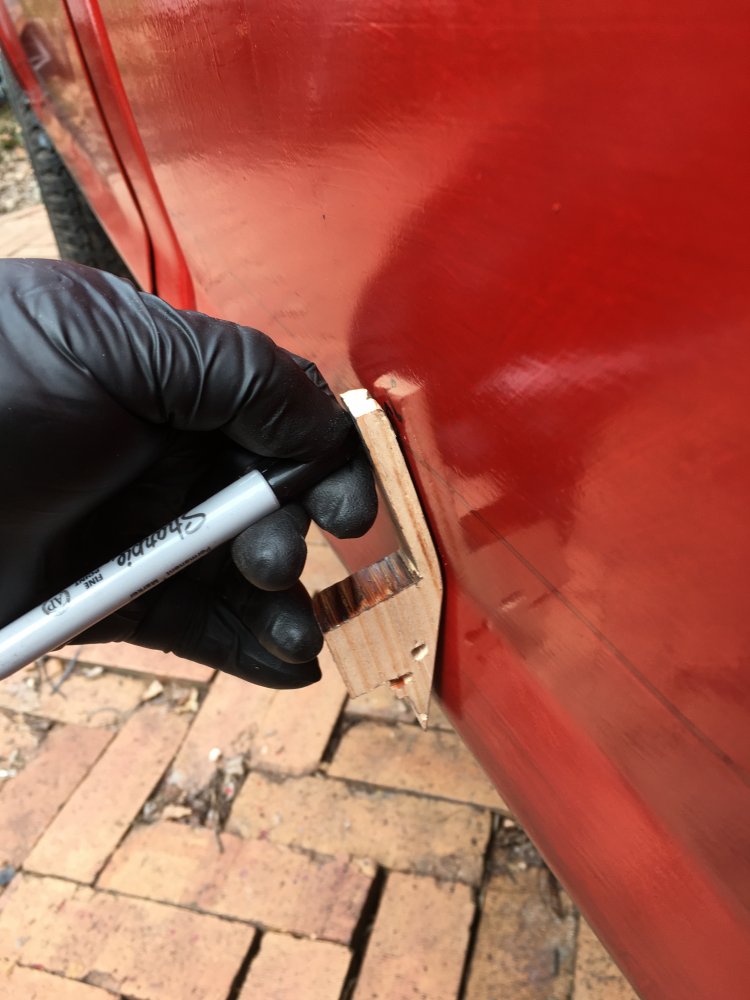 After that, running the tape was easier. I used PVC electrical tape for the wheel wells, and some decent cheap chinese auto tape for the long runs, 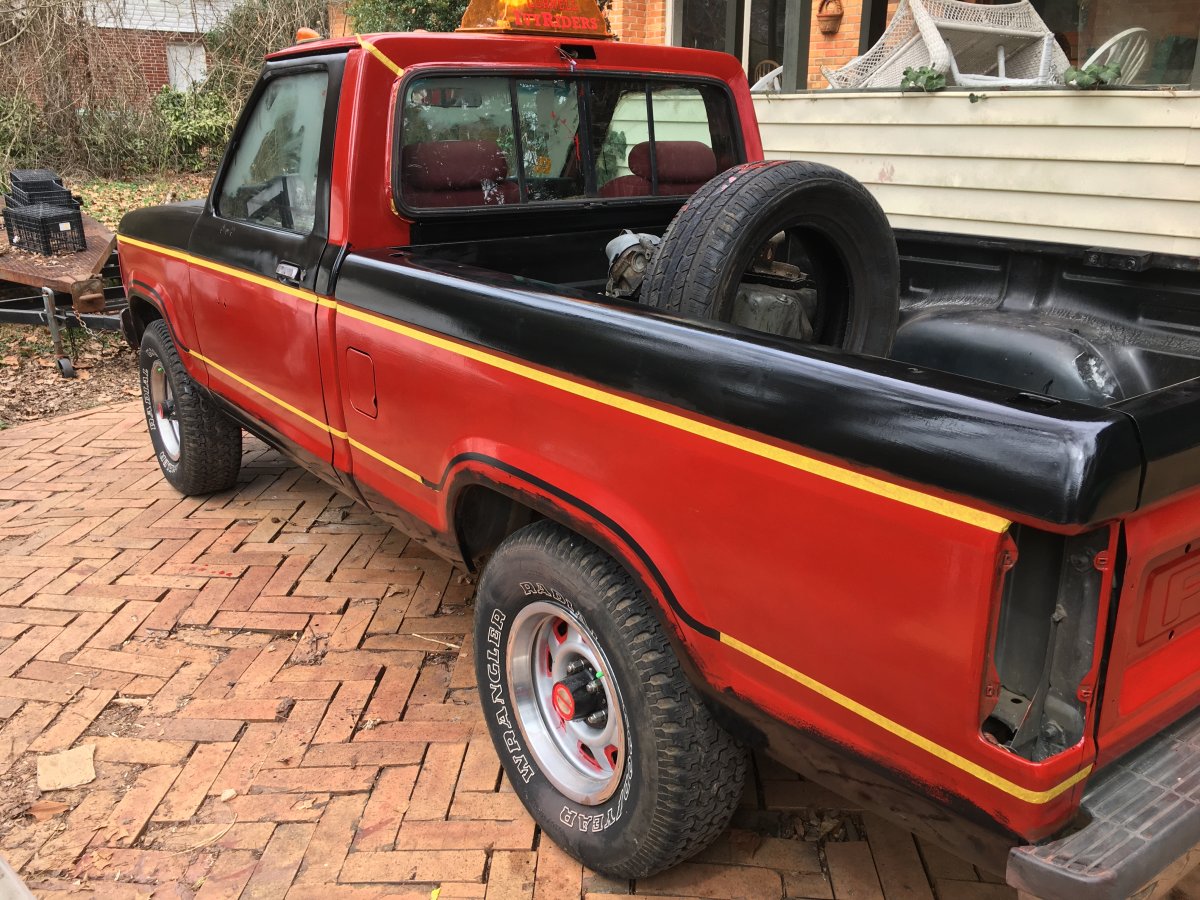 Considering the level of sophistication on this paint job, I didn’t want to just use a tack rag. Instead I used this dustpan broom that has real horse hair, that I made out of a broken pushbroom about 45 years ago. I had to replace the handle once, which is why it has that modern zip tie. My brother still has the one I made from the other half of the broom. 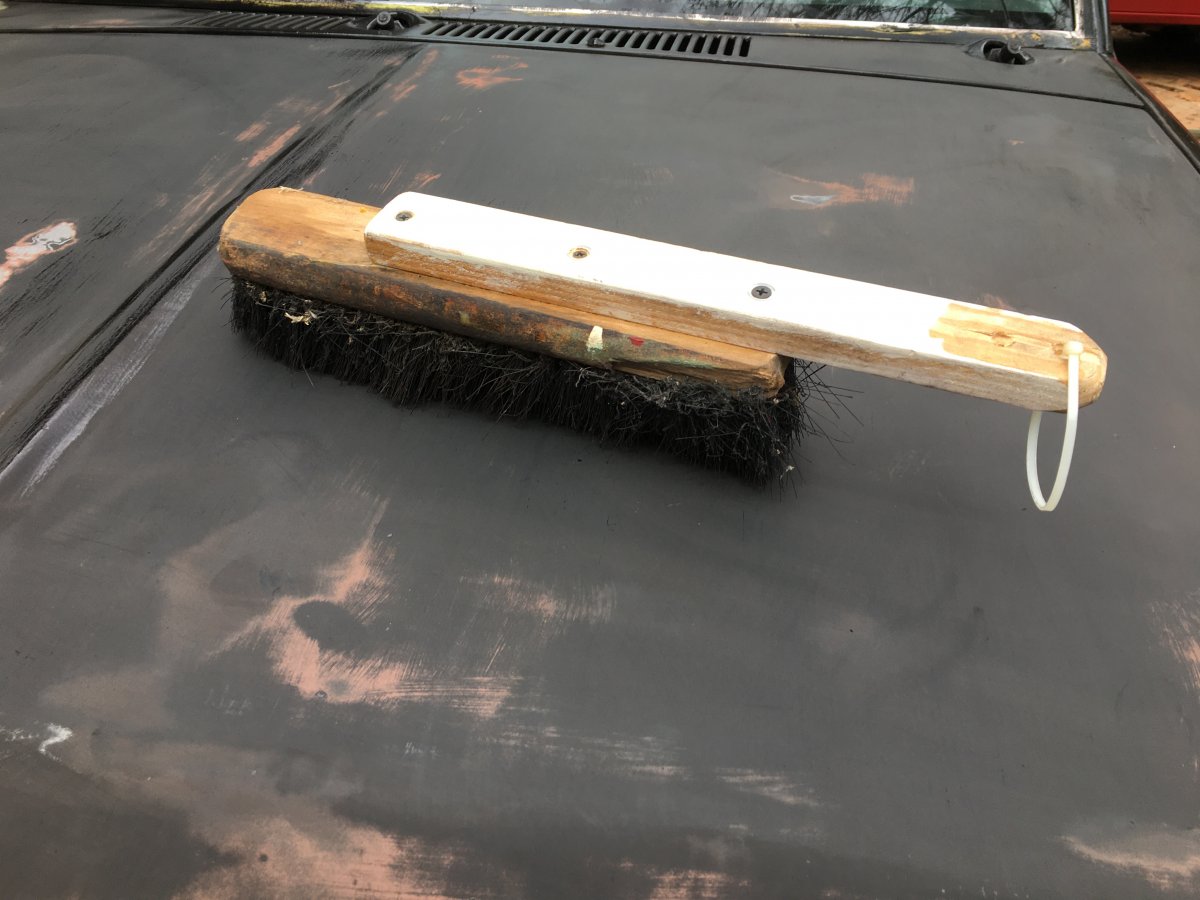 On the red vs black on the cab, the votes were for the red, but I forgot to mention that the redhead has 51% of the votes, so the vertical surfaces went black, and I’m doing something custom on the roof before I put the running lights and beacon on it.

I got all the black on it, and I touched up the red a little bit. It was too dark to take a picture. I won’t pull the tape off ‘til I’m sure there are no bare spots, probably tomorrow afternoon. I’ve been working on the lights and wiring a little bit too. That’s for the next chapter.

EDIT: yes, I still have the broom handle too. And, I’m sorry about the vote, but you should see the Redhead’s “

So I ran up to the combo scrap yard/weld shop this morning to find it was now just a weld shop.

So I went up to another scrap yard and then had to come back to the weld shop to get the oxygen filled. Came home, put the oxygen away and that was the end of the adventure with the Red Ranger today. Starting to think of calling it “lil Red”

Hauled a log splitter to deal with the aftermath of the Great Texas Ice Age.

MikeG said:
Hauled a log splitter to deal with the aftermath of the Great Texas Ice Age.

Yeah, I split a lot of cords of wood with a 4 lb sledge and a couple splitting wedges. Was always fun when the wedge would bounce out because the wood was too wet or when you buried three or so in a round and it still wasn’t budging. Gas powered beats it hands down. Dad got a 22 ton rated and it’s impressive what even that can do.

I couldn’t resist, so I checked with my Harbor Fright search light. Damn (if that’s allowed), the right rear corner refuses to be painted without a run! It’s usually the left that doesn’t want to play by the rules! 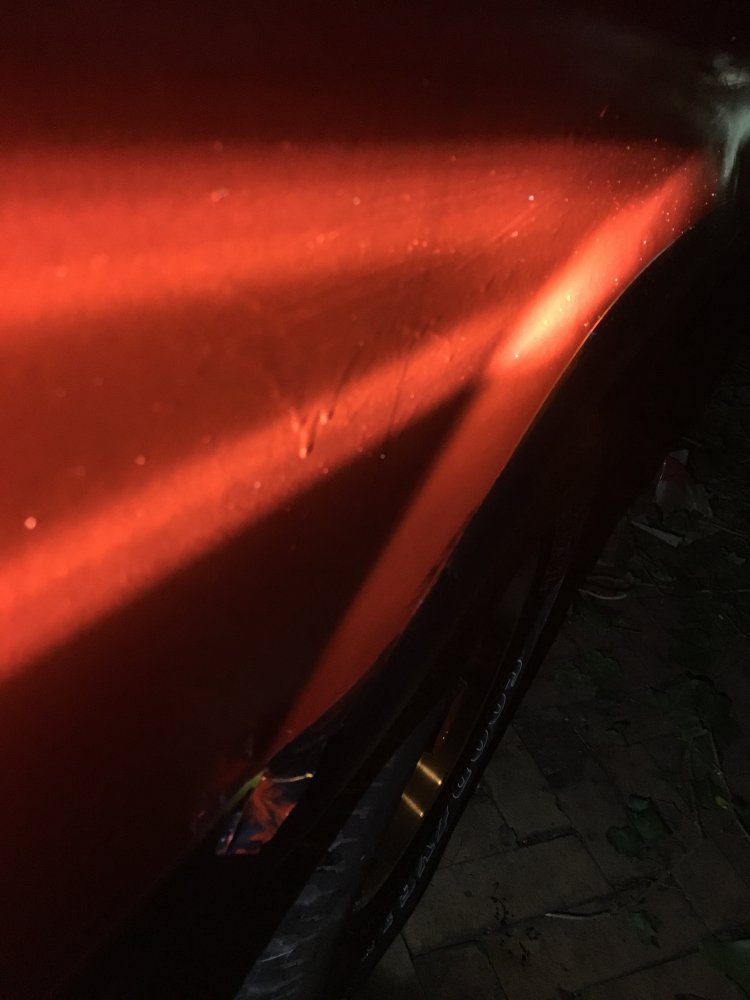 Of course, that’s where the sun is in my eyes at sundown (COULDN’T be MY fault!).

A la Scarlet, I’ll worry about that tomorrow...

Changed the oil in the '97 for the first time in too many thousand miles (I honestly don't know...), I know the last change was before the new tires, my chest no longer fits under the steering crossmember thing to change the oil filter without going in all funky... that 1" tire height makes that easier... Hopefully the next change will be on my 2 post lift so there's that...

scotts90ranger said:
my chest no longer fits under the steering crossmember thing
Click to expand...

Yeah, I have the same problem with my rigs, my “chest”... 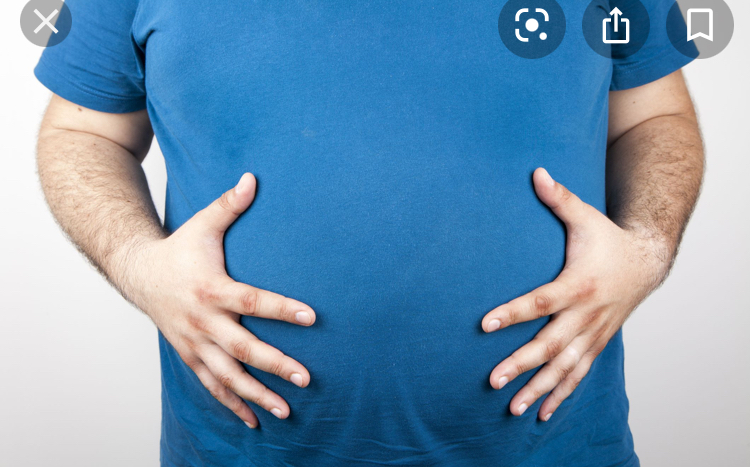 lol, I resemble that too but I couldn't get past my ribcage... on cardboard... I'm not used to this 2 wheel drive thing... wasn't in the mood to get the ramps out as it was dark when I pulled into the driveway...

In a week I can seal my concrete, then I can get the 2 post lift off the trailer and start setting it up then things will change...

I pulled all the tape, and then I ran around with two little tiny artist brushes and touched up all the rough edges and blemishes. It took a while. 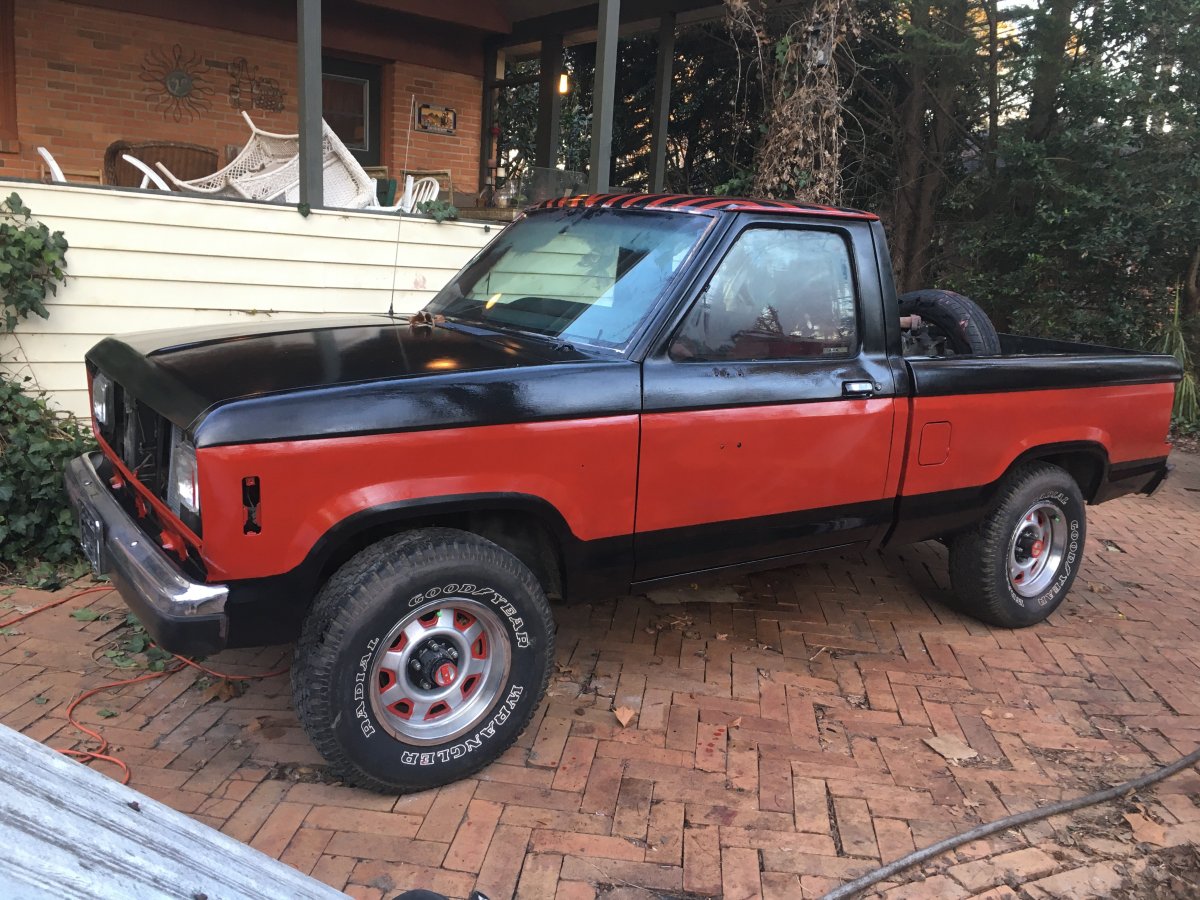 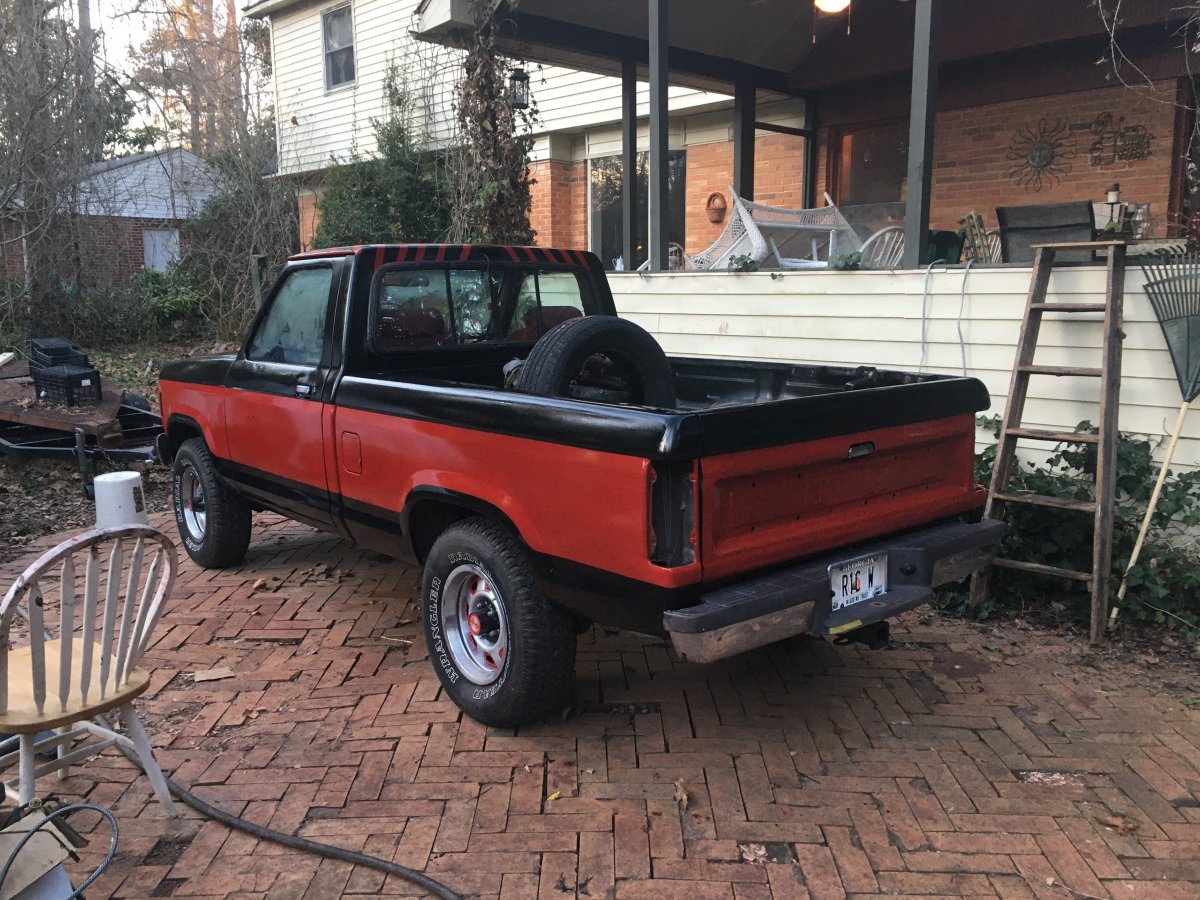 On my custom roof graphics it looked like I threw the stars out of a second-story window attached to a sponge full of paint. I used a mylar stencil, and then I used a foam brush, dabbing almost all the paint off it before I dabbed it over the stars. Crap result, still too much paint, it ran everywhere. Next time I’m going to dust them on with spray paint for that one item. It was too late to take them off and I wasn’t going to do them again, so I took about 30 minutes and outlined each star with a tiny painters brush. I’m going to have to do it a second time on about 6-8, but from 15 feet away it looks perfect. 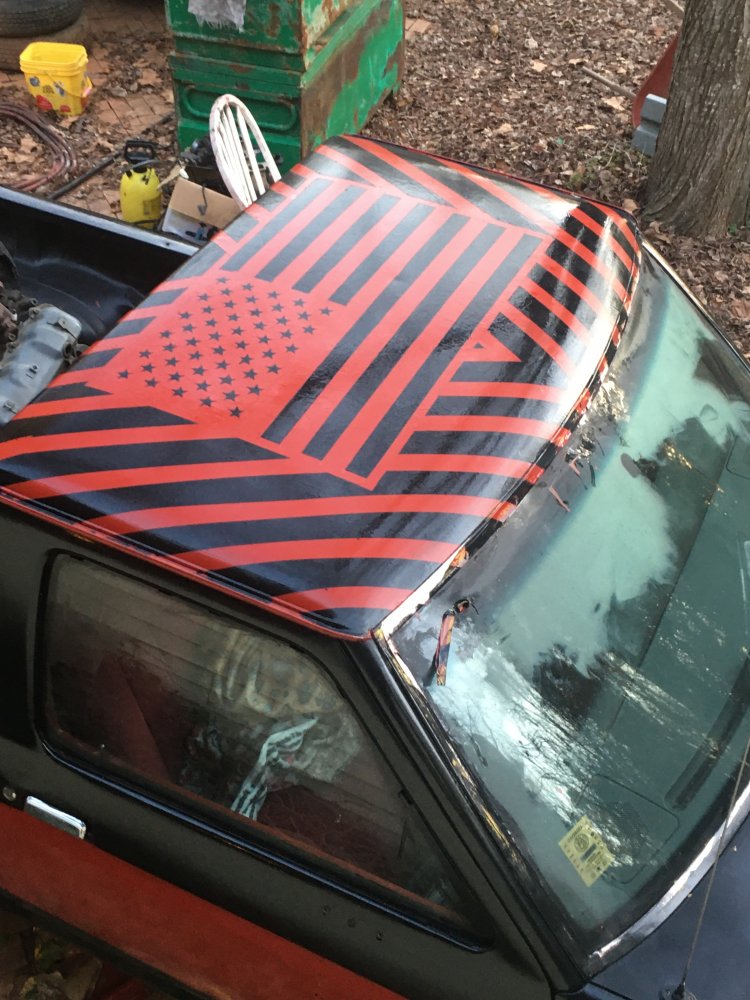 Next steps are customizing the grill and tailgate and getting them back on, new lights, and the mirrors and such just so I can drive it. With the rustoleum, I can’t stick the graphics on for about a week or 10 days. Probably swap the seat and do some electrical in there too. But day job and more suing the town tomorrow…

EDIT: I also painted the bezels of my cab over lights black. I bought them in about 1990 to put on my 84 Chevy dually, procrastinated and then the truck got crushed in the 98 tornado. I’m glad they’re finally going to get some use....

2nd EDIT: Duh, I just realized I should have painted the star field black first, and then messed up red stars, and then fix them with black

Shopped for a t5, after figuring out the used 1 i bought only has 4th gear
Looking at moderndriveline syperduty t5z, anyone running one? Thoughts?

Felt out of place in the drive-thru... 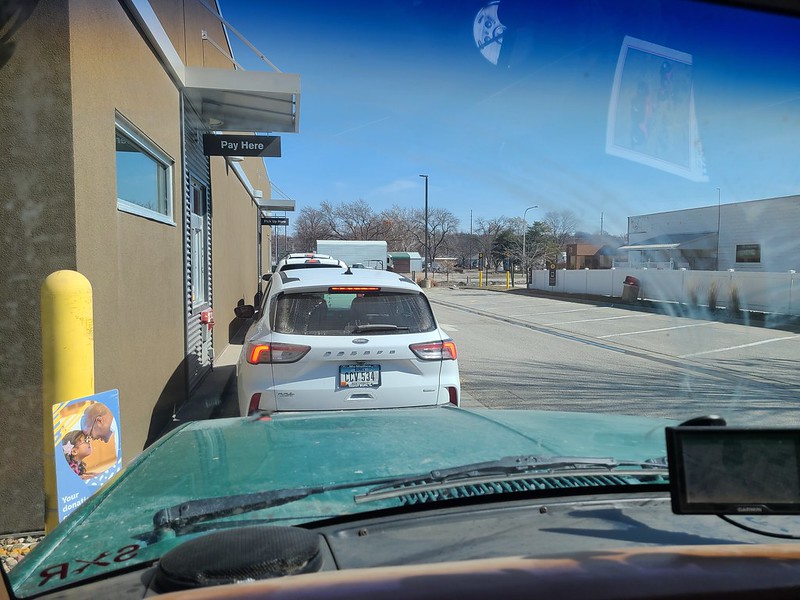