My apologies if this has been asked before...unable to find any references via search here or web search.

Is there a way to decipher the transmission build code on the side of a Toyo Kogyo 5-speed? Any way to match it up to a specific engine? Pic below... 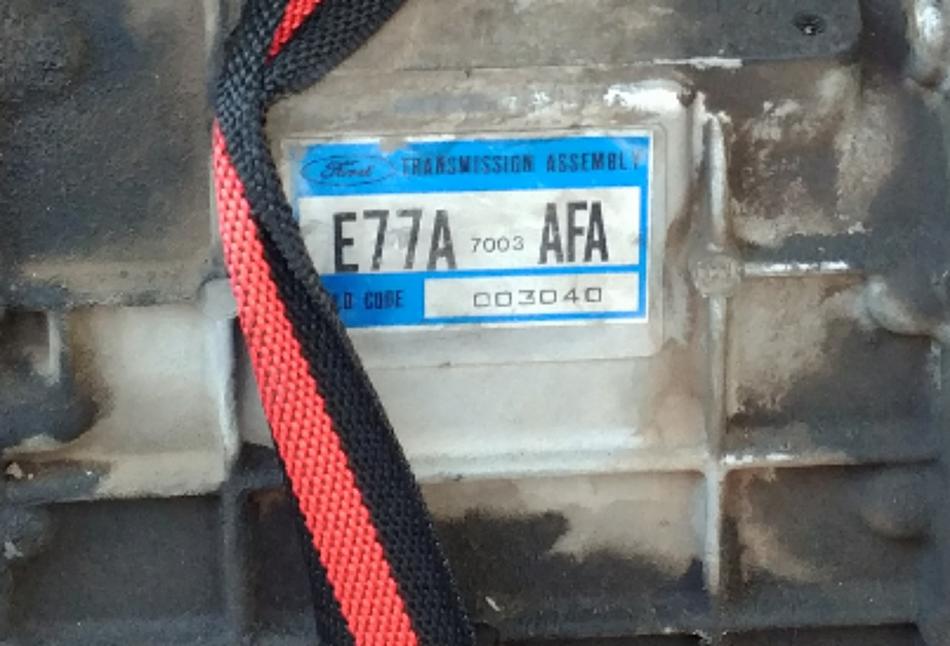 Thanks in advance for any help.

No, on the engine match up, TK-5 has detachable bell housing so that is not technically a part of the transmission

AKA is an internal parts reference, revision number

Look for a casting number on the bellhousing, you may be able to get engine match up from that.
2.8l, 2.9l both used same pattern
4cyl would be different

EDIT: you said it is out of 2.3l so bellhousing will only match Lima engines, 2.0l, 2.3l or 2.5l they had unique pattern that doesn't match any other engines
As far as I know the same TK-5 was used in both 4cyl and V6, no ratio changes

Doesn't look like a date code, could be serial number, but don't know for sure

Does it say R&D Code?

It says "Build Code". Just don't know how to decipher it. Will send Ford Customer Service a note and see what they say.