Towing with a tow dolly

Since the moderator shut down the other thread (prematurely in my opinion) I was not able to reply and give my experiences.

Besides the Ranger being on the small side, towing a vehicle with a dolly presents other problems, namely there is very little weight on the hitch. You would think this would be a good thing with a smaller Ranger pickup, but going around a turn or changing lanes can get interesting. Since there is not much weight on the rear of the truck, it will tend to slide and try to jack knife. Been there and done that, and I was using a full size pickup.

Here's a link to the other thread. https://www.therangerstation.com/forums/index.php?threads/towing-advice.191175/

I addressed this with a additional post in that same thread...

When the OP asked us to forget the legal side of of it exceeding the legal limits of his vehicle... but is it still possible? He knew is wasn't legal... It was time to shut it down. We never endorse anything that violates the law... plain and simple. It gets shut down.

I will also add that I included @Jim Oaks in the private messages that are not visible to membership.

Afterall it is his site and he has specific rules we abid by as moderators... he will have the final say in this matter.

No its not legal, but we all know many people on here do illegal stuff all the time with overloading their trucks and far exceeding the limitations of them....so yes, of course its possible to use a tow dolly behind a Ranger...however, most rental places won't rent one to you in the first place if you show up with a Ranger to tow a vehicle much larger than its capable of safely towing, which isn't much especially with a tow dolly. Like mentioned in the OP's post, there isn't hardly any tongue weight on the tow dolly, therefore there's hardly any weight on the back of the truck to keep it planted. Don't even think about changing lanes or turning, think about a panic stop. You slam on the brakes on the truck, which is already light in the back end, you have a 3,000+lb car, SUV, Van, Truck, etc. on that tow dolly and its going to lift the back end of your little toy pickup right off the ground and send you uncontrollably in a direction you don't wanna go.

Rent a UHAUL truck and dolly, do it the right way, the legal way, and the safe way.

These little Rangers are awesome trucks, but I'd never attempt to use a tow dolly with one...I've pulled a Ranger on a tow dolly behind my F250 but using a Ranger as a dolly tow vehicle no thanks, not even interested in trying that. Sure maybe you could use the Ranger to pull the dolly home to hookup to a full size truck, but that would be all I'd ever try behind a Ranger. My Ranger is only rated to tow 2,000lbs anyways because it has a manual transmission, so really worthless to even think of towing anything LOL.

regardless of toungue weight, you still have to stop- the whole load. Which if its another ranger thats in the neighborhood of 6,000 pounds (total-at least), with a ranger that has a brake system designed around a 3,000 pound vehicle. Just not wise, Have I done it? , yes but it was a short distance and I never went over 40 mph. You just never know what could happen, if you need to stop suddenly/ quickly it aint gonna happen. And its not just yourself you are putting at risk.
Last edited: Jan 3, 2021

When I bought my 02 Ranger I tried to rent a dolly to tow it home, they wouldn't rent it to me if I was going to pull a Ford Ranger or Explorer. No explanation, just no Rangers or Explorers, even pulling with my half ton Dodge (w towing package)... I'll end the story on that point...

Uncle Gump said:
I addressed this with a additional post in that same thread...

When the OP asked us to forget the legal side of of it exceeding the legal limits of his vehicle... but is it still possible? He knew is wasn't legal... It was time to shut it down. We never endorse anything that violates the law... plain and simple. It gets shut down.
Click to expand...

I understand your responsibility as a moderator. You do what you think it right of course. I think though that the original thread starter in the other thread would be better served explaining why it's against the law. The law is there for a reason, and some good threads and some scary stories should make him think twice.

We can be concerned about people and their safety, but we can't baby sit everyone. I don't think anyone would blame the board if he was in an accident when 99% of the posts in the thread recommended against doing it. I just wanted to get my 2 cents in the "don't do it" section and was disappointed that it was locked and I could not do it.

Otis413 said:
When I bought my 02 Ranger I tried to rent a dolly to tow it home, they wouldn't rent it to me if I was going to pull a Ford Ranger or Explorer. No explanation, just no Rangers or Explorers, even pulling with my half ton Dodge (w towing package)... I'll end the story on that point...
Click to expand...

Manufacturers now provide Rental companies a list of vehicles which are safe to flat tow. If the vehicle isn't on that list (and Ranger's aren't), they won't rent you a dolly to tow it home - doesn't matter if you have removed the driveshaft (which would make it safe to flat tow) or not.


franklin2 said:
I don't think anyone would blame the board if he was in an accident when 99% of the posts in the thread recommended against doing it.
Click to expand...

Unfortunately, people win law suits for getting scalded after spilling hot coffee on their laps while driving. So, the board has to protect itself against that 1%.

Personally, I just wanted it opened enough to correct errors:

A properly designed dolly has at least surge brakes as the load is guaranteed to be over 1,500lbs (lowest limit in 50 states/10 provinces and dolly should be designed for that). It was beneficial to have brakes on my 1k trailer when towing it with my Ranger.​
The dolly will also place the front wheels of the towed vehicle sufficiently forward of the dolly wheels to ensure adequate tongue weight - when I towed my '02 Focus SVT (~2,700 lbs) on U-Haul dolly, it added almost 500 lbs* on the rear wheels of the Ranger ('07 SuperCab with 4.0/auto, so well within legal limits; and vehicle Ford had approved flat towing of).​
Our Ranger's aren't porcelain dolls, but they aren't 1 tons either. If you stay within limits, you will be fine - I towed a 1k trailer behind my '94 (SCab/2.3/manual/2wd) from Ottawa to Regina and back 2X annually for a decade. Only time I had an issue was once during freezing rain and empty truck would have had same problem**.

* Some of the weight is coming off the front tires as the dolly doesn't have any weight distribution system but you're still looking at 400lbs of tongue weight.
** The Dodge 3/4 ton 4x4 that had to pass me knocked a bunch of rocks out of the house a couple miles up the road when he found the slippery as a curling sheet road wouldn't allow him to defy physics.

Had the same problem with the rental companies. Would not rent me a dolly to tow a Ranger. Was able to borrow one and used a Dodge Dakota to tow my Ranger home. That said I was very careful and never went over 35 mph for about 10 miles on surface streets.

I think stopping is much more of an issue than anything else.

I rented a tow dolly twice at the same place with my 2006 Ranger to tow the same vehicle, a 1981 Toyota Tercel, which is quite light by today's standards.

The first time (2015) they asked which engine I had in the truck and just what I would tow.

The second time (2020) they didn't seem to care, no questions at all, which I thought was odd.

I think a big problem is the hitches on Rangers just aren't that strong. If you really wanna tow heavy loads you need a gooseneck hitch. 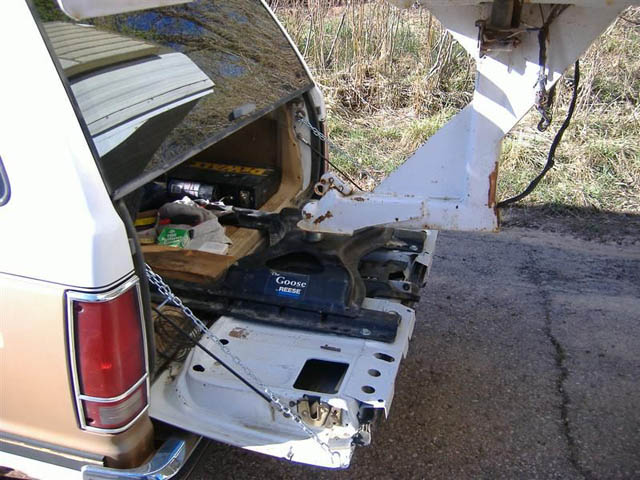 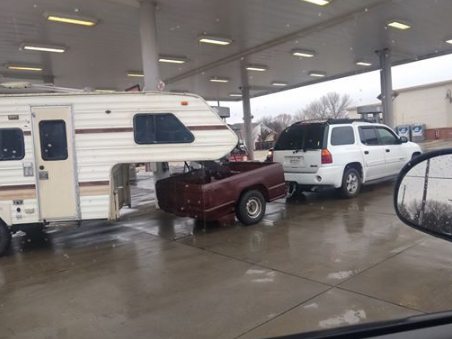 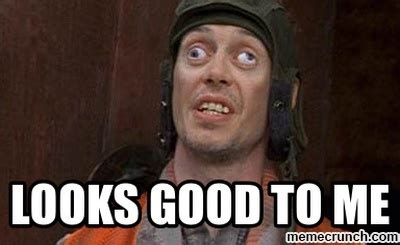