Nice... what a great booster shot for The Ranger Station. That truck is the future here and I'm curious to see what you do with it on a budget. 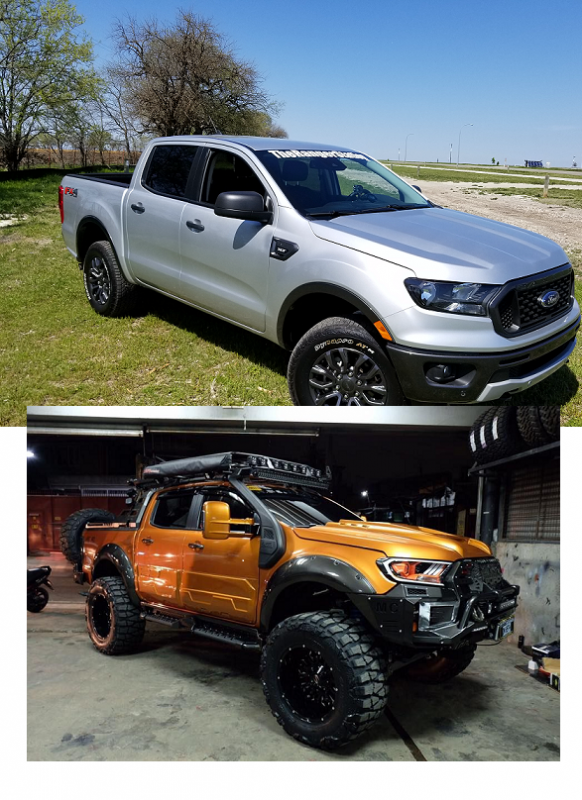 From what I understand the sport package is the dark graphite stuff from the FX4 without the trail control stuff and front bash plate.

FX4 is its own thing.

Kind of a 180 from when Ford wanted to sue you a few years ago for using the words "Ford" and "Ranger" on your website.

Wait, it's not the launch orange color! Send it back! LOL As long as it isn't red! After having four (4) red vehicles at the house, I'm sick to death of red. Congrats on the T&E vehicle!

FWIW, I've driven a vehicle with auto-hi-beams before too. Seems it often couldn't tell the difference between reflections from road signs from the headlights of an oncoming car. It got shut off (put into manual mode) right quick. lol

Hit me up if your journey brings you into So Cal at all.

Another route you may find interesting is the Trans Canada Highway. West of Winnipeg there are two routes, I recommend the southern route, on highway #1. Then again, I have somewhat selfish motives in that, as I live right on that highway, and you could meet me if you took that route. If you take the northern route on the #16 highway, you'd get to meet @saskbill

If you go through the Indy area let me know. I do intend to hit the trail ride in September tho. I do think we should (in addition to the banner) sign the hood in dry erase marker or similar and take a picture

1990RangerinSK said:
Another route you may find interesting is the Trans Canada Highway. West of Winnipeg there are two routes, I recommend the southern route, on highway #1. Then again, I have somewhat selfish motives in that, as I live right on that highway, and you could meet me if you took that route. If you take the northern route on the #16 highway, you'd get to meet @saskbill
Click to expand...

Well sir, If you did make your way up into the North-west country, between 1990RangerinSask and myself, we'd definitely try to have coffee waiting for you. whatever route you took! (and some other Ford/ranger fans in western Canada

I finally published a video introducing the Ranger, and a walk around. Hopefully I'll get better at this as I go

Good job, I think the director needs a pay raise for his work though. 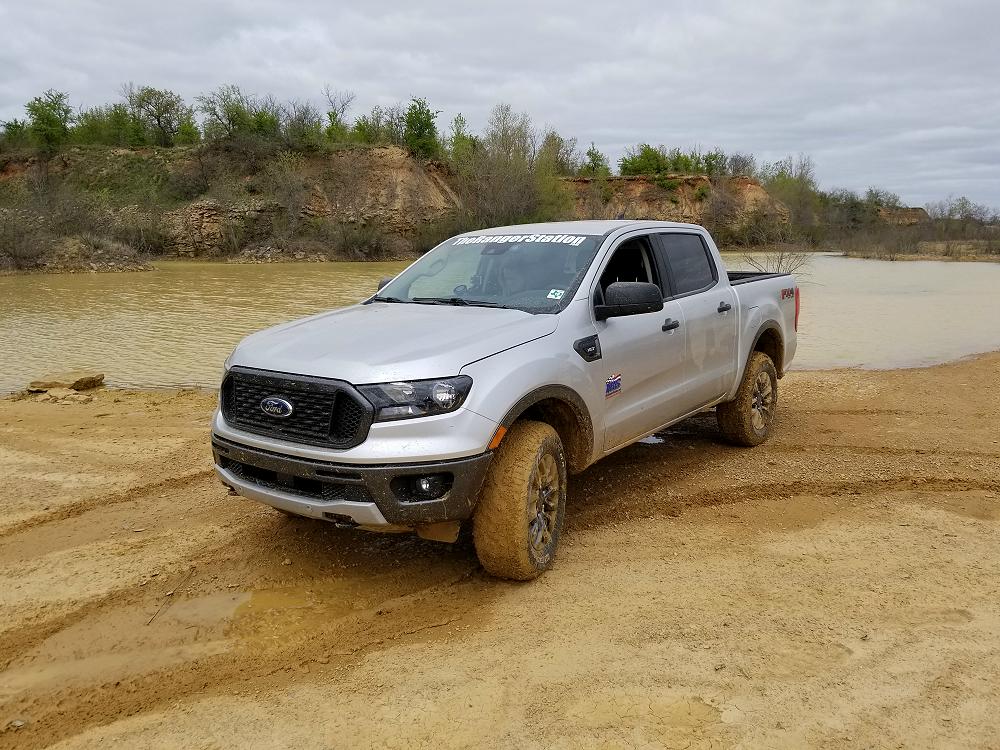 (Can you see why I don't like all-terrains?)​
Taking It Off-Road For The First Time:

My daughter and I took the 2019 Ford Ranger out to Northwest OHV Park this past Saturday. It was a cool windy day, but I had wanted to check out this OHV park ever since I moved to Texas. It cost me $25 to enter, and another $20 for a Texas OHV sticker. Fines for not having the sticker can be $25-$500. 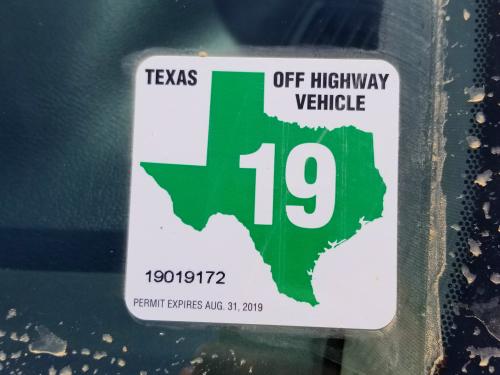 ​
The park sits on 300 acres, and seems to have a little something for everyone. I got to use the Terrain Management and electric locker, but not the Trail Control. There just wasn't anyplace that I wanted to use it.

The power from this engine combined with the electric rear locker makes for a fantastic off-road combination. I don't like the all-terrain tires though. Look at the photo at the top of this post. The tread is full of mud, which limits how much grip / traction they're going to get. Add a 4-inch lift and 33-inch tires, and this truck would be down right amazing! Even with a 2.5-inch leveling kit and a little taller mud terrain, this truck would be a blast off-road. There were some sections of the park I didn't venture in to because there was some mud holes at the beginning of the trail, and I was afraid the all-terrains wouldn't get me through it.

At one point I heard a few beeps from the collision avoidance system. It was brief and not annoying, but I'll have to see if I encounter it again. It was while going up the hill below. I think it was picking up the side of the embankment. I don't recall if I was in 4H or 4L. It's OK in parking lots, but it could be annoying on the trail. I think I saw where it could be shut off in the menu settings. 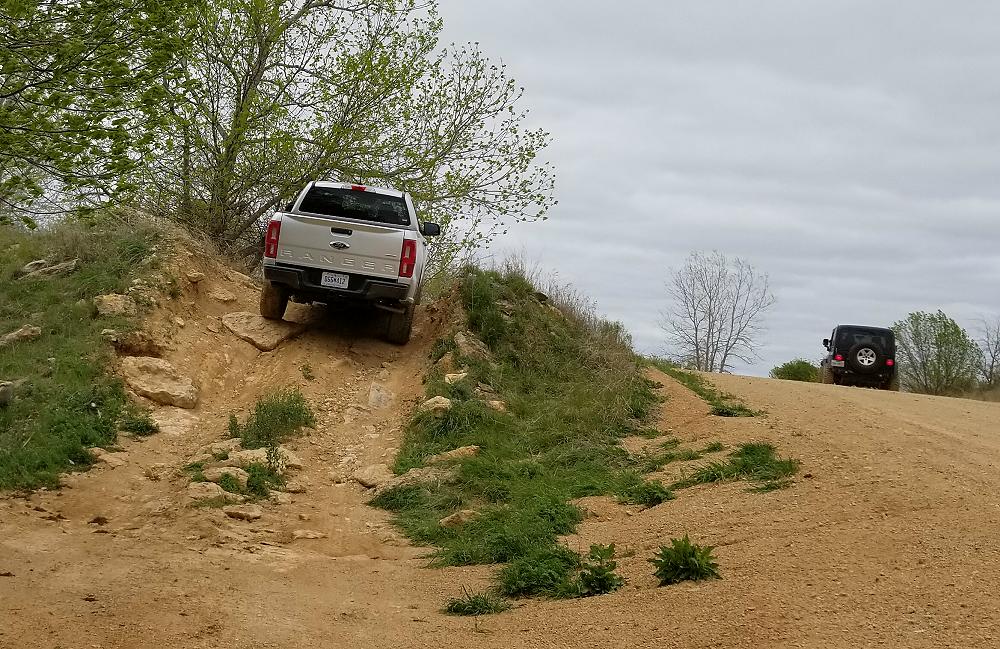 Notice the jeep stopped off on my right? Every vehicle there except mine was a Jeep, and they stopped on occasions to watch.

Overall though my daughter Kali and I had a blast, and I appreciate that she was willing to take some photos and video for me.

I get some funny looks driving this truck. I still haven't washed it, because I think a muddy 2019 Ford Ranger FX4 sends a message to people that the FX4 is an off-road, and adventure ready truck. I've had a few people stop at the end of my driveway and ask me about it, and yesterday a guy stopped at a traffic light asked me if it was the new Ford Ranger. He said it looked cool, and that he didn't know they were out now. 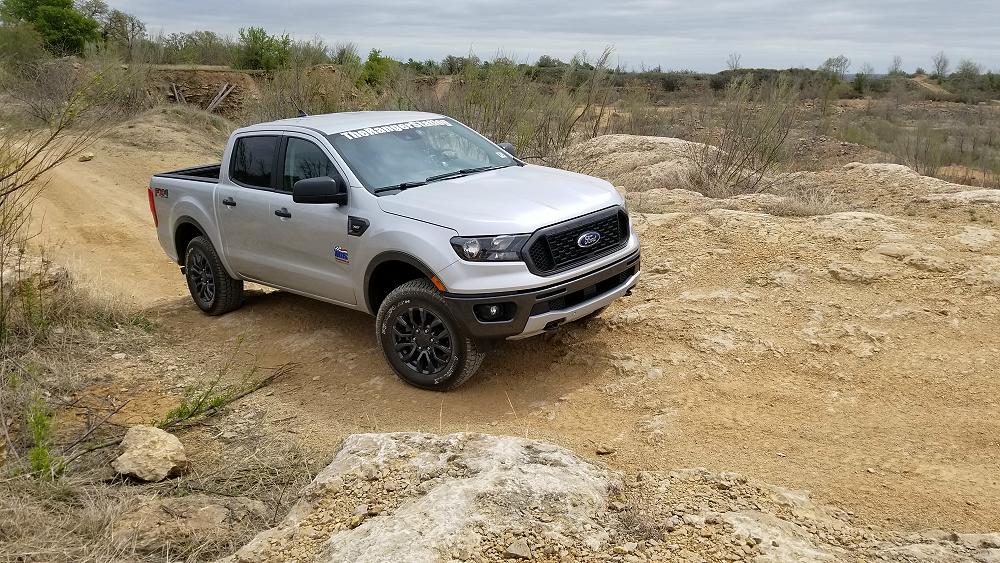 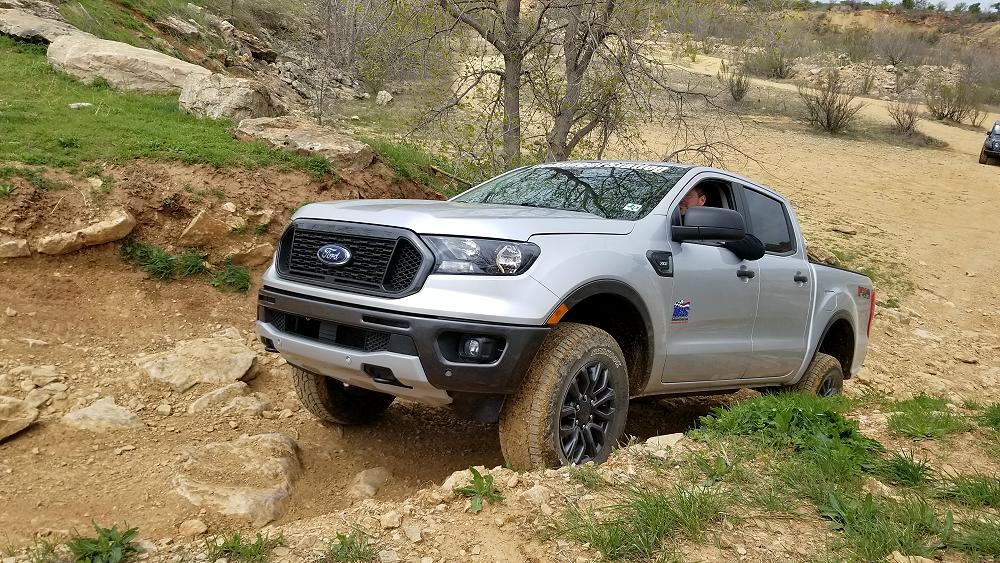 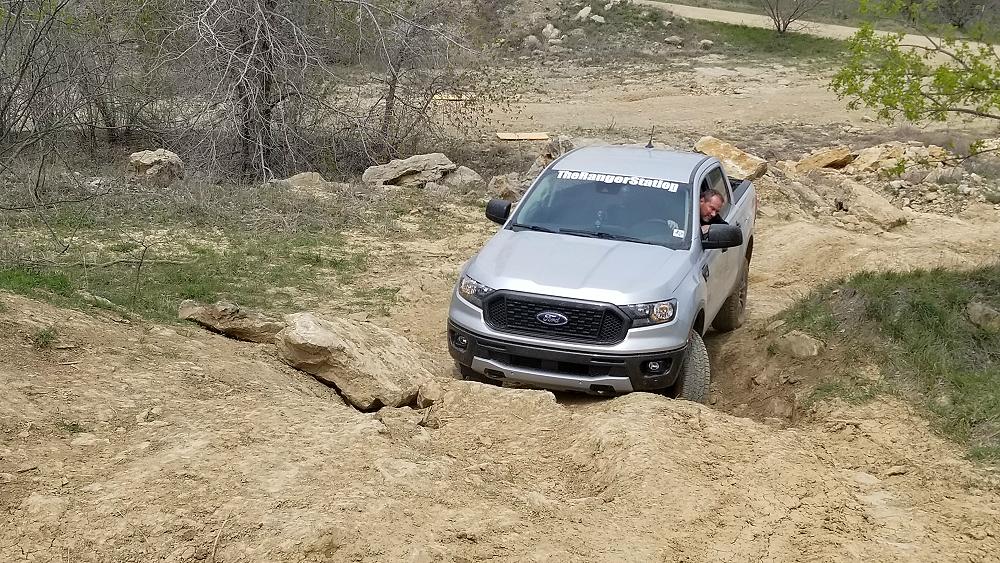 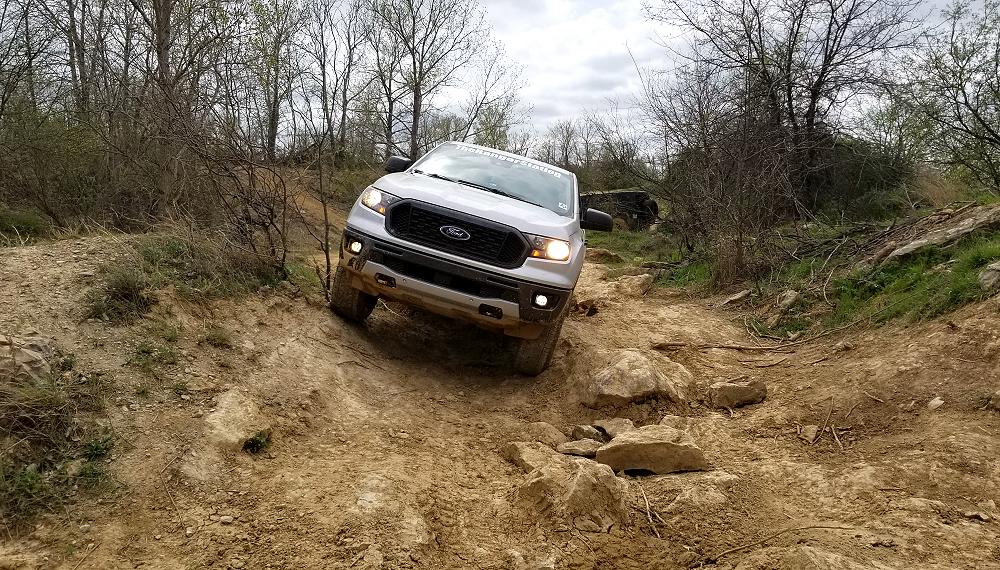 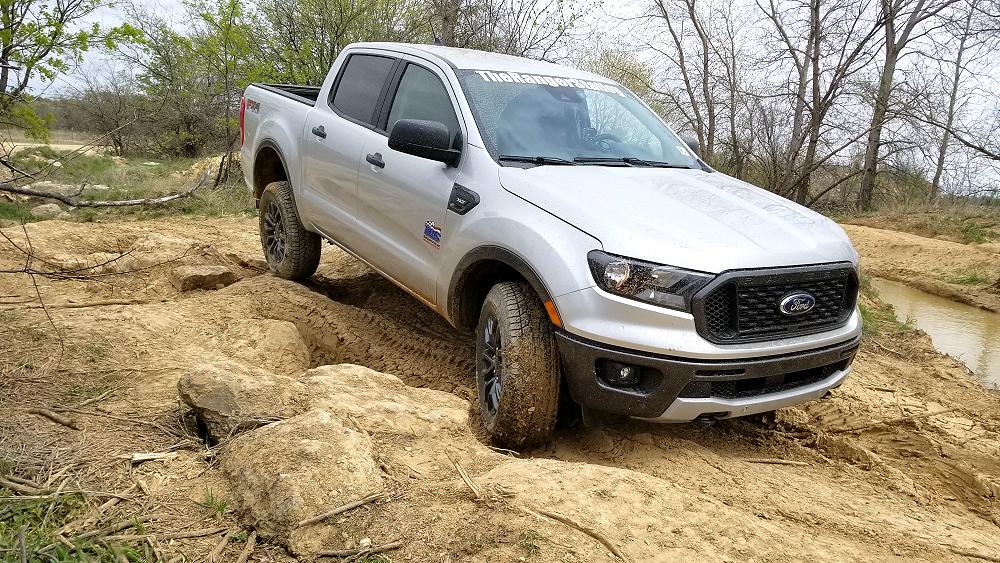 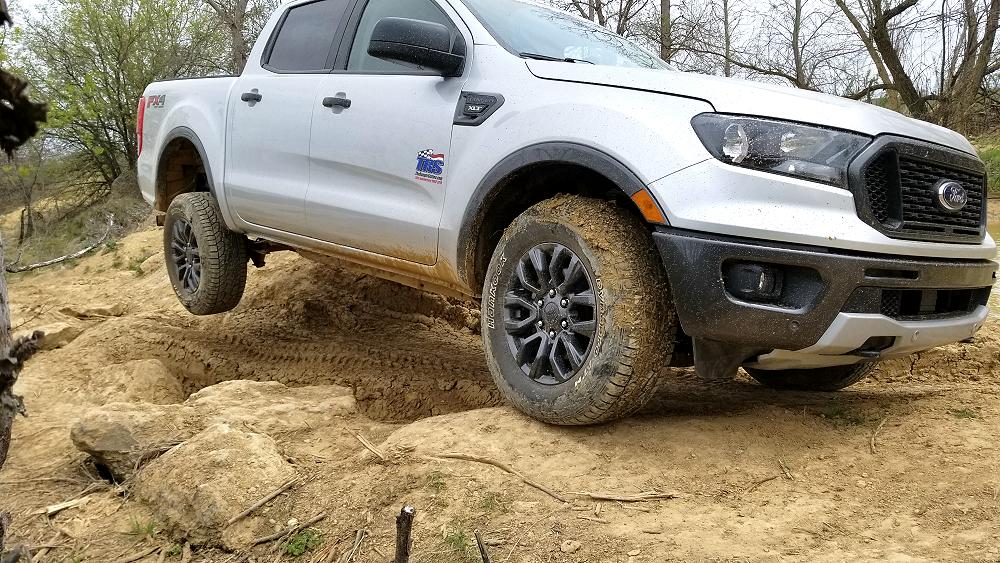 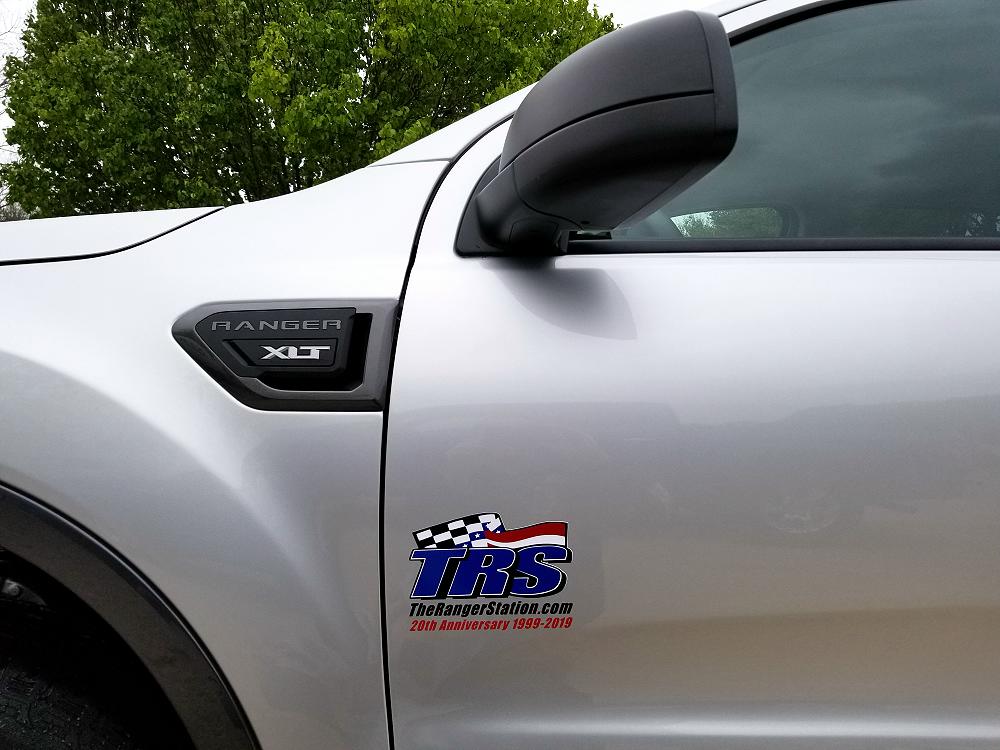 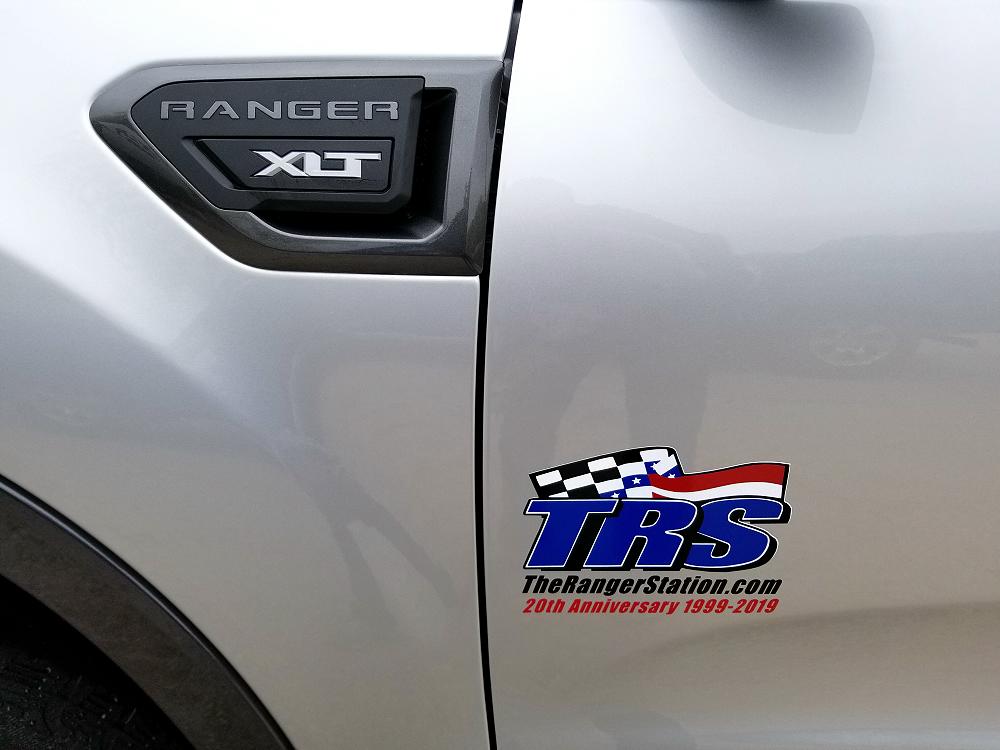 
There was way to much wind noise, so I added some music instead. (give it a chance )​
Let's Get Real:

I hope you're not thinking that I drank the blue Kool-Aid, and that I'm not going to give you my honest opinion. Because here it is: 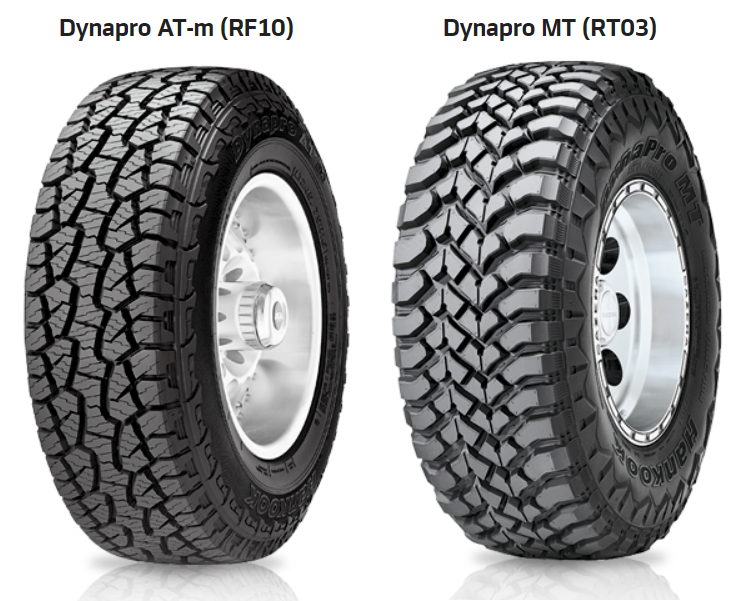 ​
Above you'll see the Dynapro AT-m the Ranger comes with on the left, and the Dynapro MT on the right. The FX4 is an off-road truck, and should come with a true off-road tire. I really wish Ford would offer the mud terrain as an option. I mean come on, I can order a tent with my Ranger so I can camp, how about a better tire option?

Looking forward to further reviews. TFL and magazines are nice but I'm not sure how unbiased they will be and how well they will evaluate the truck for off road outside of the occasional trail here and there.

sgtsandman said:
Looking forward to further reviews. TFL and magazines are nice but I'm not sure how unbiased they will be and how well they will evaluate the truck for off road outside of the occasional trail here and there.
Click to expand...

If anyone has questions about the truck, or just something they're curious about, I'll try to get the info, photo, etc for them.

I guess you could sink money into a set of tires for it and hang on to the originals and have them dismounted the originals remounted when you give the truck back...

or really spend the money and get new rims as well, save them and the tires for when you buy your own 2019 Ranger