I found that their are pre-existing holes where the stock fender flares are clipped into the body panels. Just curious if anyone has removed the flares and how they have delt with the remaining holes? I don't think it would look good just have holes quarter panels and i'm also concerned with the panels having marks worn into the paint where the panels were at.....but figured a little wax or oxidizing cutter may clean it up. What can i do about the holes that would be left without spending alot of money???? thanks in advance.

Get some hole plugs, available in plastic or metal and paint to match the trucks color.
They are circular holes right? If not can't help you there. 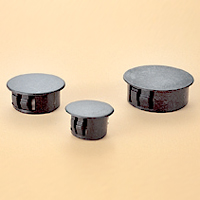 do you want to get rid of them

i was considering so my tires would stick out further, but i looked into it and it seemed like a PITA so i wasn't sure if i was going to or not...

t0x1k said:
Get some hole plugs, available in plastic or metal and paint to match the trucks color.
They are circular holes right? If not can't help you there.

Where can you get these?

I myself side swipped a tree at Turkey Bay OHV Park resulting in the front edge of the left rear flare being removed from the bedside. In order to prevent further damage to the factory flare and thinking that I would later reattach it. I took a firm grip of the flare and pulled quickly resulting in most of it releasing from the bedside. Another tug resulted in complete removal. After going to every parts stpre in the area looking for them little plastic interior panel thingys to use to reattach it and finding none large enough. And being a cheap ole bastard and refusing to go the dealer for new mounting hardware. I've ordered a roll of "Pacer" rubber fender flare, will cut the remaining three flares off using them as a cutting guide. Which will remove said remaining flares and the mounting holes and any hidden rust. The attach said appropriate amount of Rubber flare to each fender with pop rivets. Several things accomplished, gray in color flares removed, holes gone, any hidden rust removed and the resulting opening of each fender will allow me to install the 37" IROKs now collecting dust in my shop!
You must log in or register to reply here.
Share:
Facebook Twitter Reddit Pinterest Tumblr WhatsApp Email Link