I held off posting this for a variety of reasons - first and foremost, I was trying to buy it (and I did buy it yesterday) and did not want to generate a bunch of interest and simply out of respect for the owner.

So here it is. What I can tell you is that it is NOT a genuine Ford product - the bed is 100% aftermarket conversion parts but is very well done. It was apparently made by a company called Recreational Designs, Inc out of White Pigeon, MI. It is all fiberglass, including the tailgate. I think RDI probably added the visor, graphics and handles as well.

I first saw this truck about 10 years ago and thought it was super cool. I spotted it again about three months ago sitting by a garage with four flat tires and weeds growing up around it. I left a note on the door of the house stating that I was interested in buying it and the owner called me in July to say that it is in fact for sale. Several weeks and some negotiation later, it came home with me. This was apparently the PO's father's truck. It was purchased new locally at McKie Ford and was daily driven up till 2011 when a new vehicle was purchased and this was parked and left to sit there.

Unfortunately it is not in very good shape - the doors and front fenders are quite rusty, it needs tires, a windshield, battery, exhaust work, rear axle seals and probably new gas tank & pumps.... but it actually fired up and I drove it off my trailer and into my shop!

Enjoy - it may not be the incredibly rare Shadow prototype but I'm guessing it's the next best thing and we may never see another. 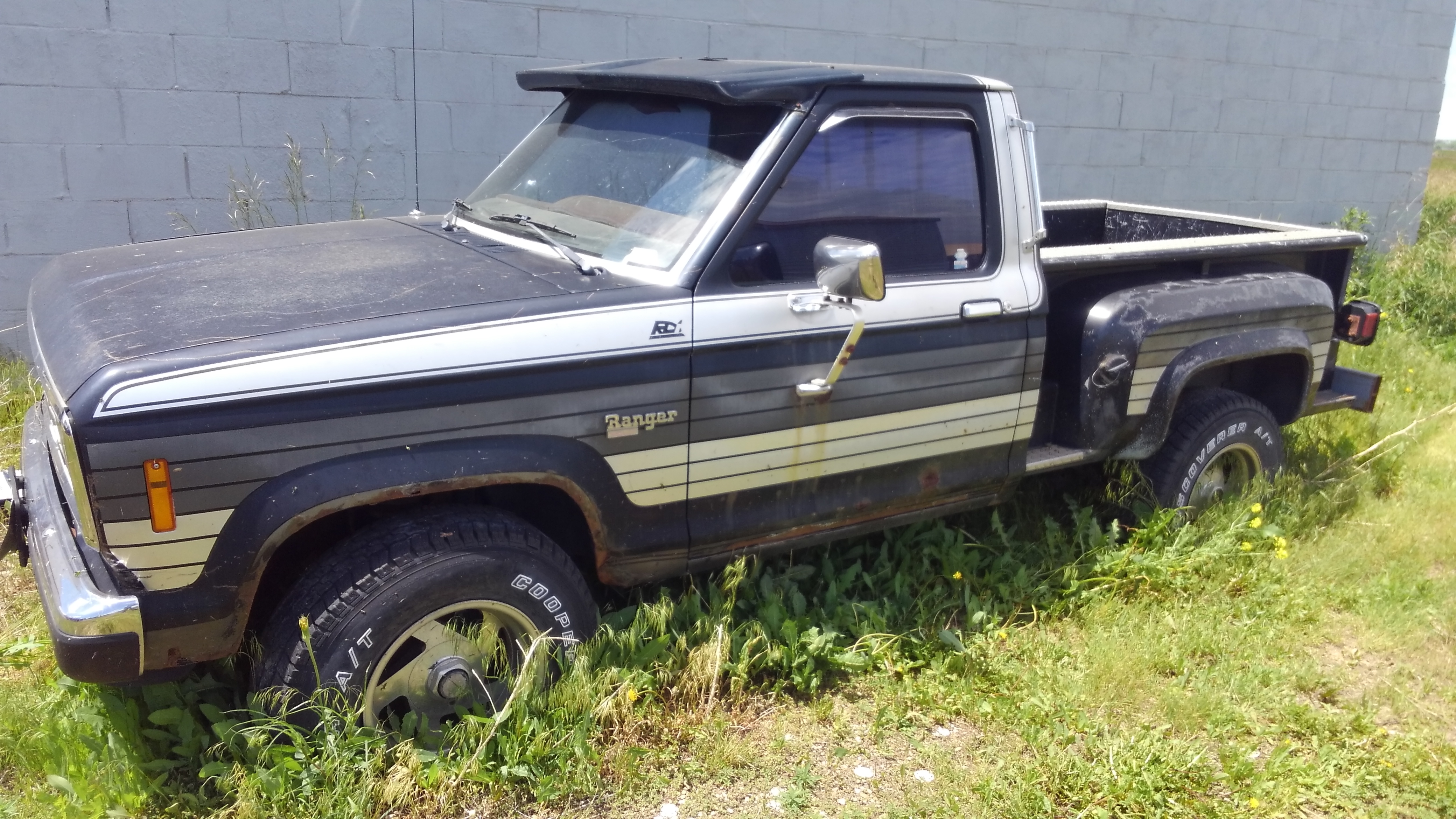 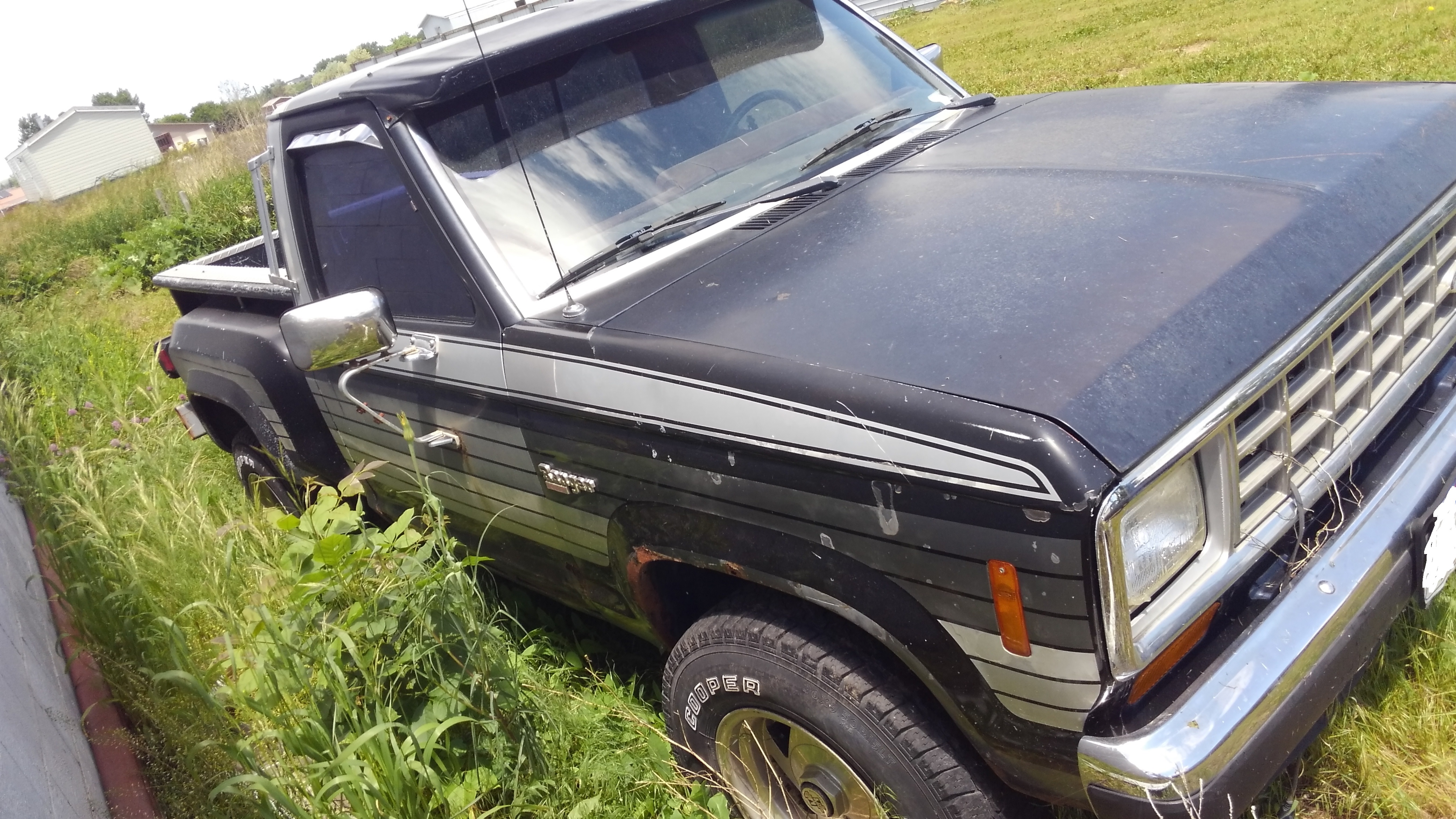 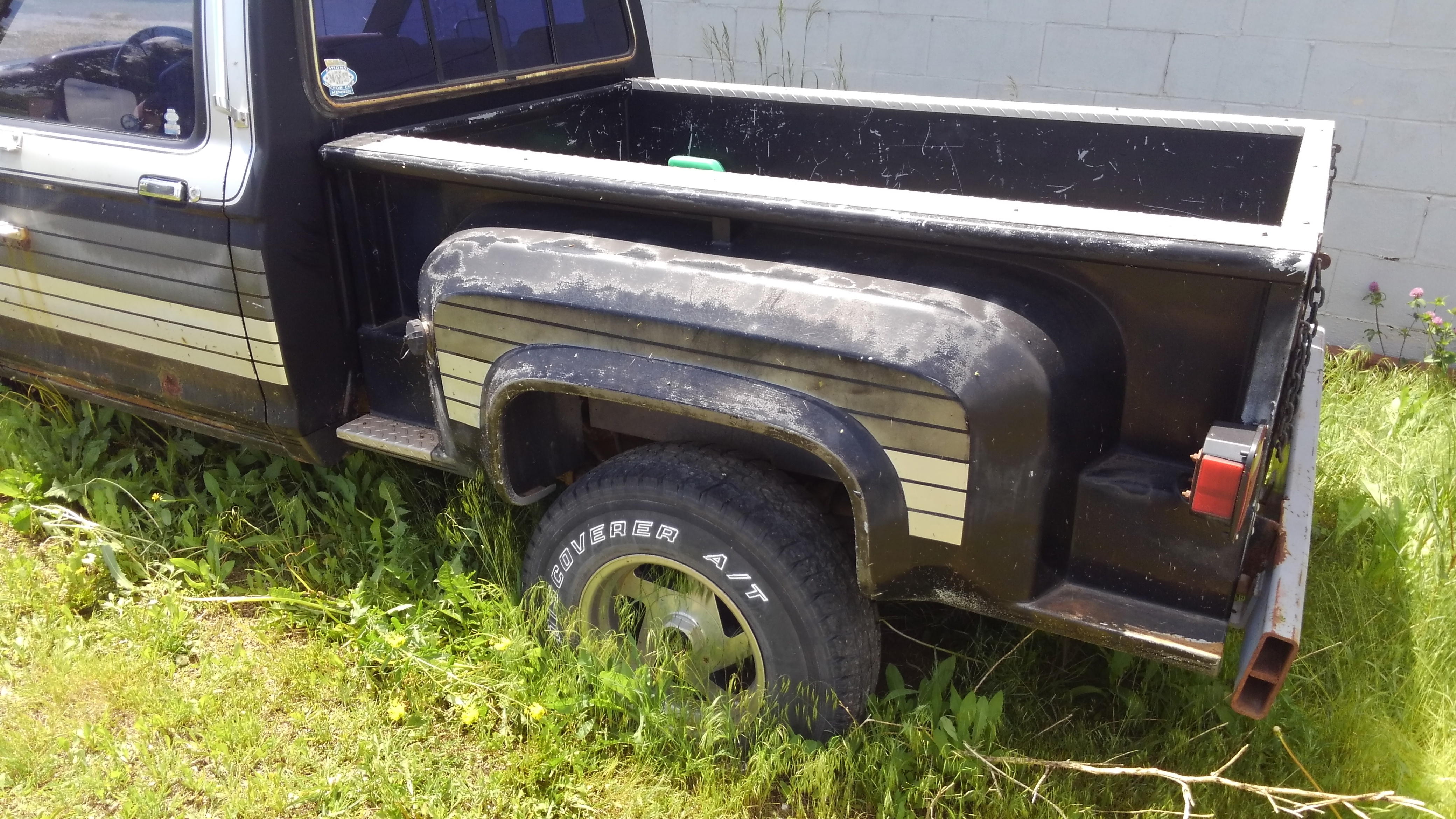 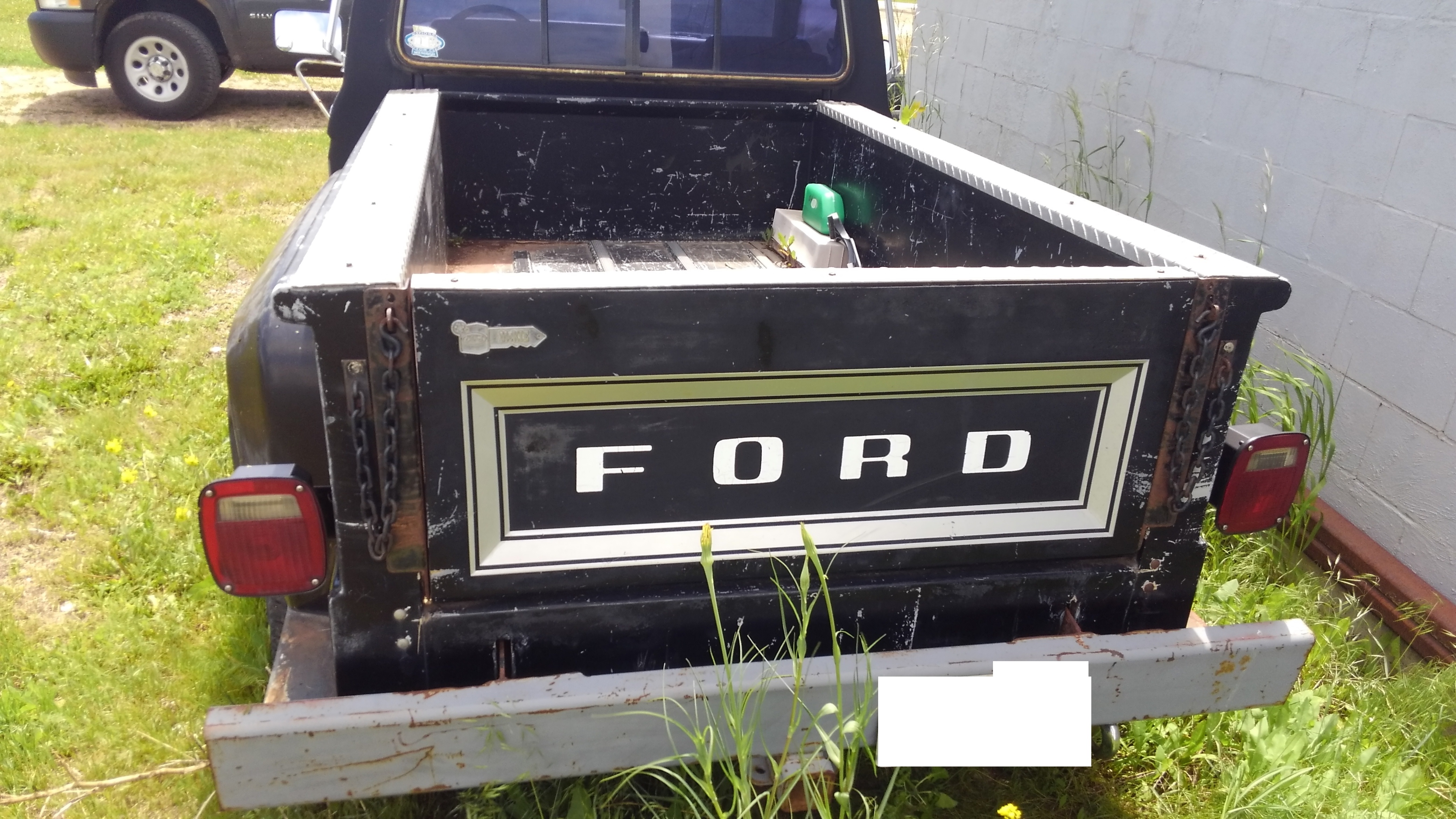 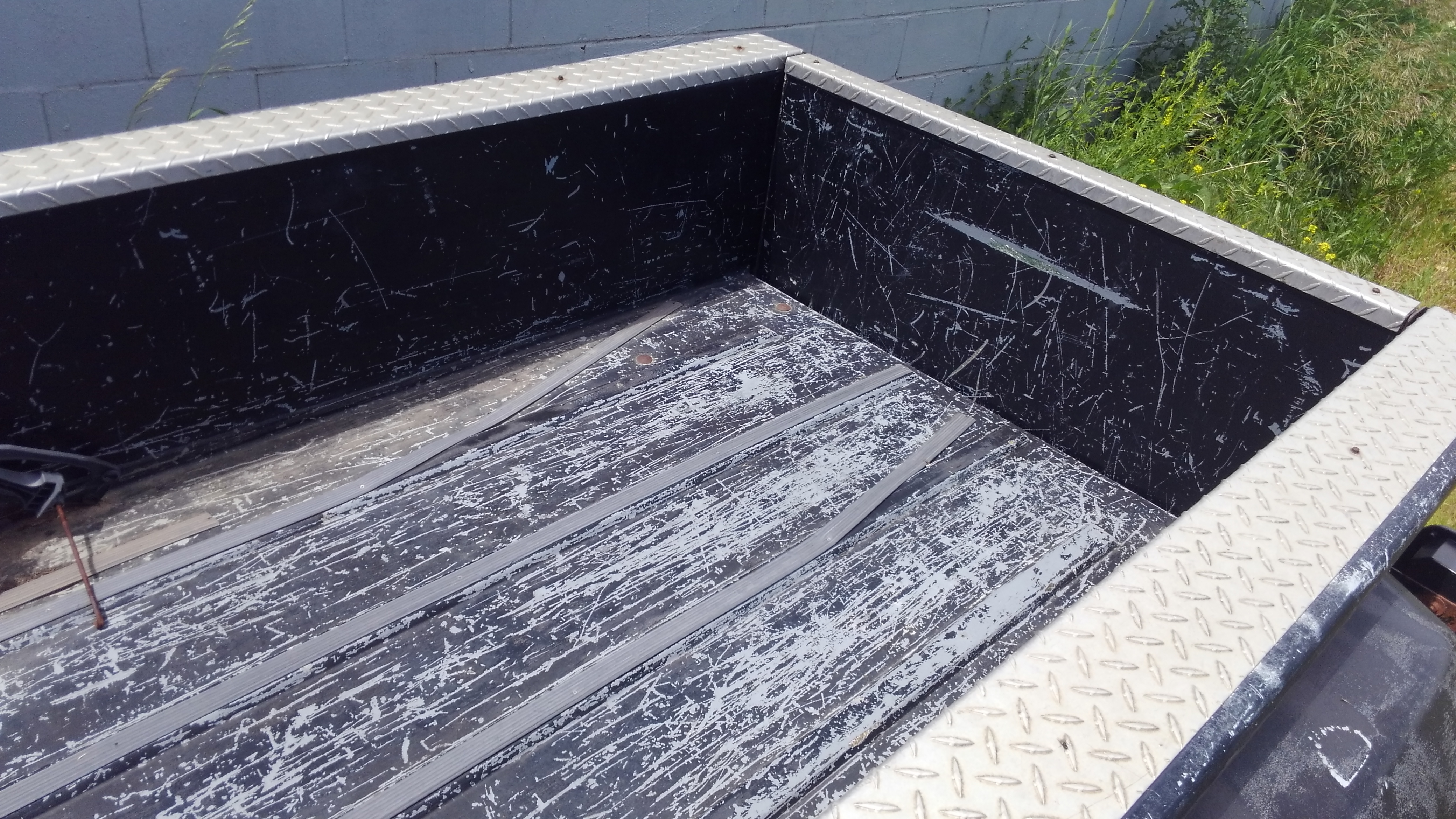 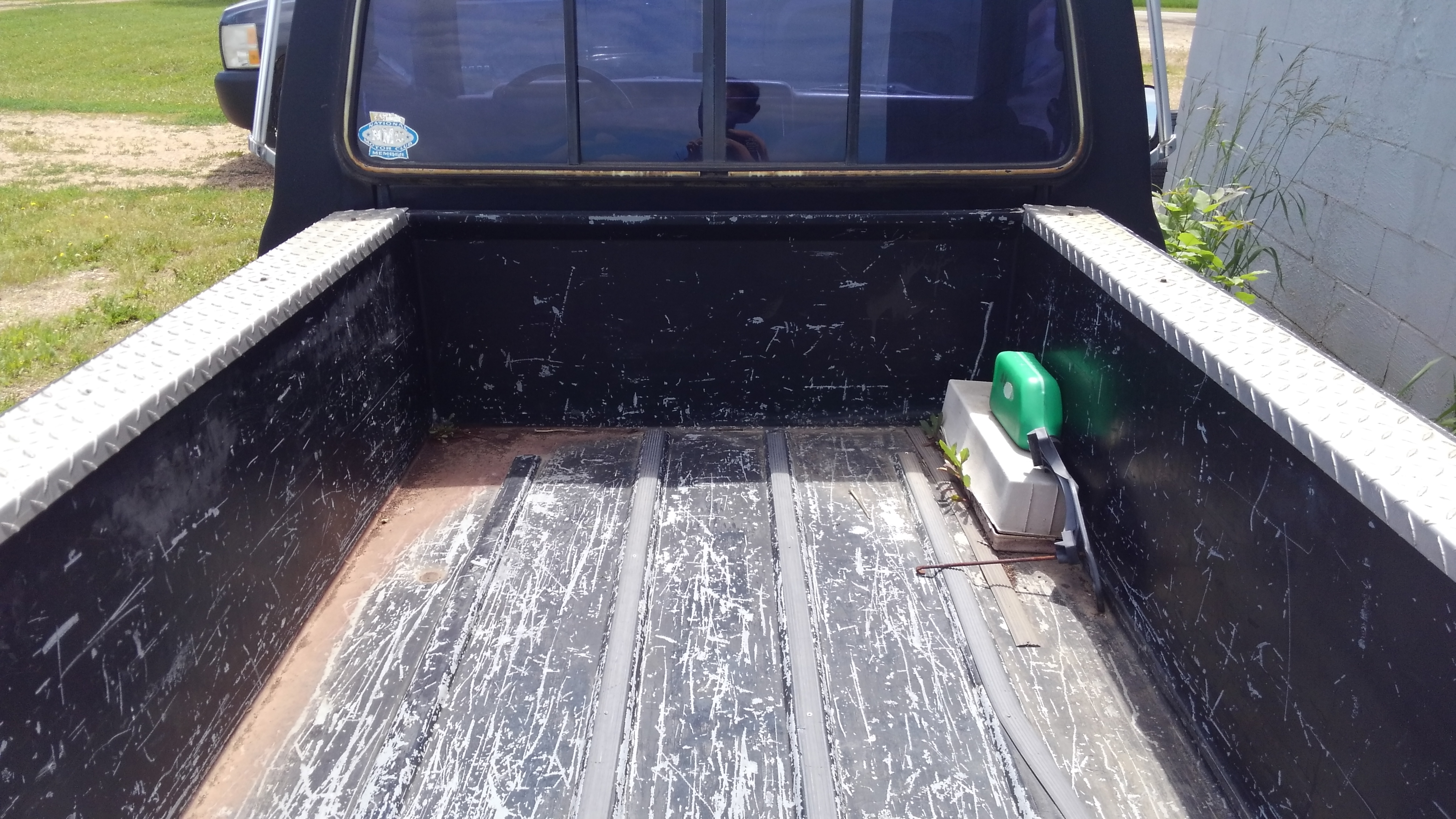 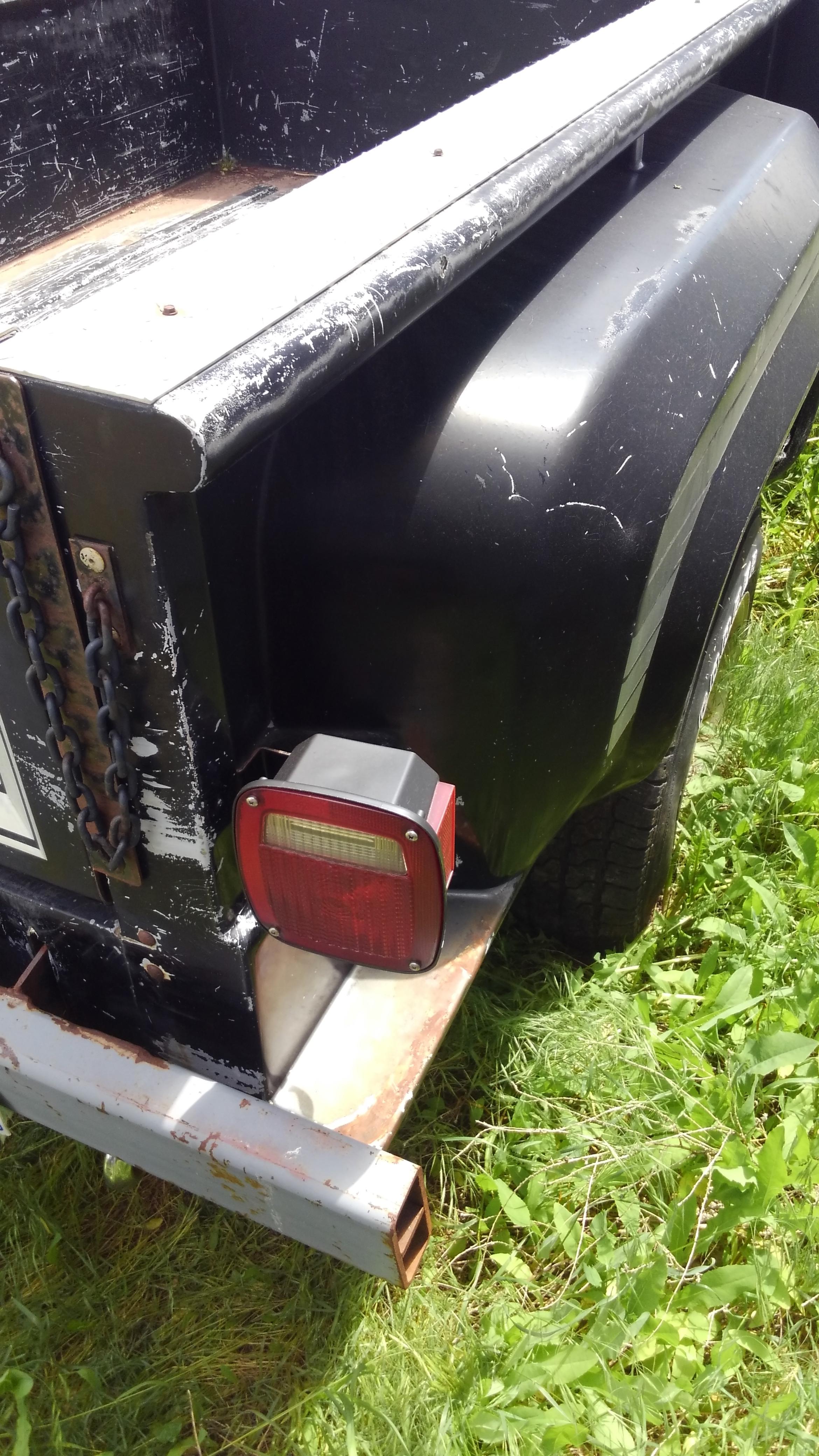 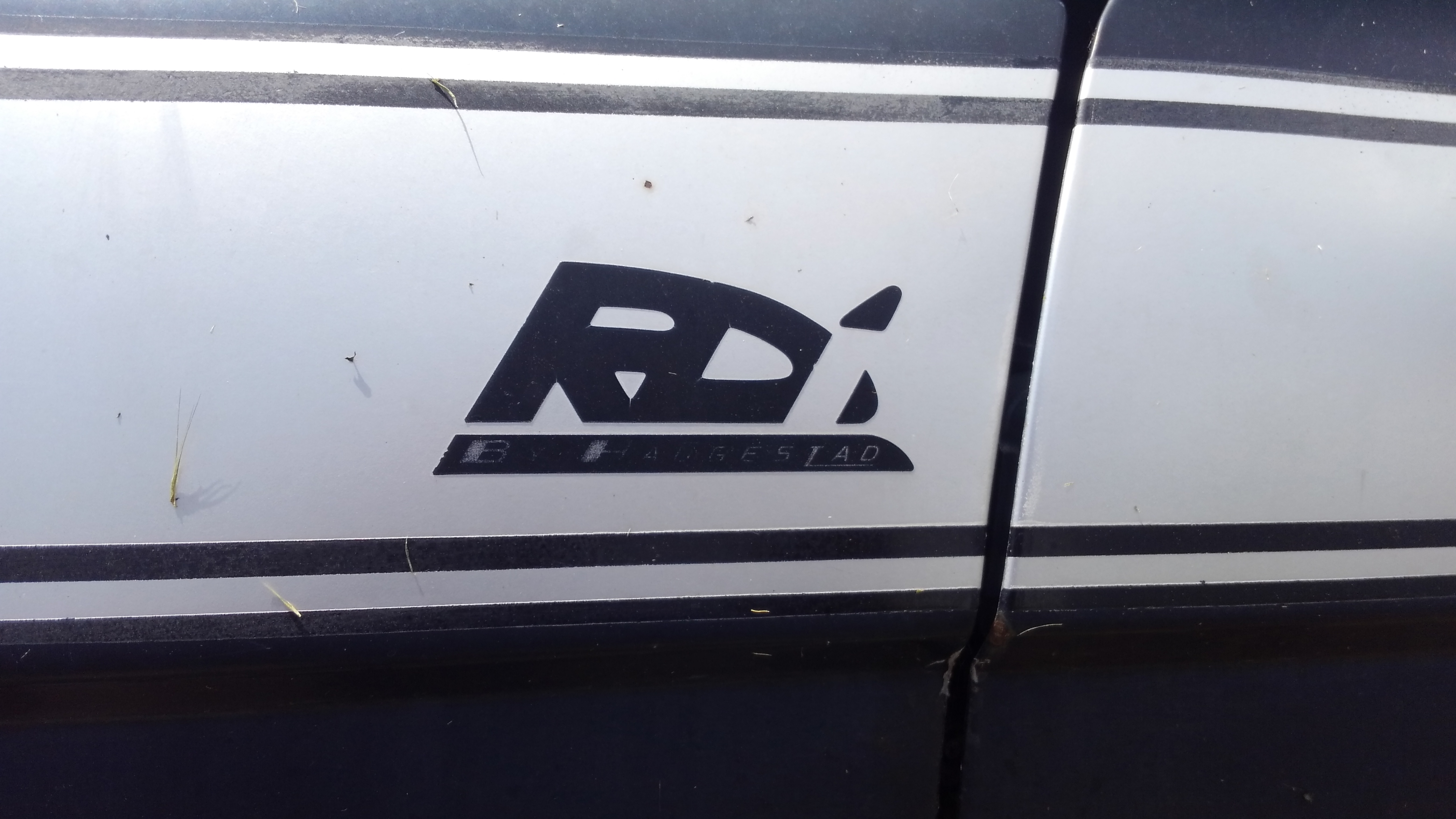 Nice... you find all the cool stuff!

i like it. i hope you enjoy it and get it road worthy again

@PetroleumJunkie412 is going to be jealous. It looks like a nice project vehicle and conversation piece.

DAMNIT I WANT THAT.

Nice find! A rare little truck indeed, especially being a 4x4 model. Shame about the 2.9 though..

Uncle Gump said:
Nice... you find all the cool stuff!
Click to expand...

It helps a lot that my territory at work is basically all of western South Dakota, plus parts of ND, WY, NE and MT so I see a lot of windshield time... I spot a lot of cool stuff just taking backroads. I also have zero problem asking about trucks that are rusting away in the weeds, worst I've ever gotten was a no!

I dinked around with it a little today and got the interior cleaned up a little, radio working, and dirty undies behind the seat thrown away.

My lady friend thinks it's "cute" and wants to drive it

I thought that was the last thing you want to hear your lady friend say.... "it's cute".

Wait... we talking about the truck?

I'm kinda glad I don't get to all those places... I would never have a paycheck to bring home but endless truckloads of stuff.

very nice, Ive always liked the look of stepside bed, looks better on a gen 1 truck than a gen 3-current. back in ‘89 there was a company making beds for S10’s, local dealer had a whole row of reg cab 2wd stepside S10’s. Ive only seen 1 in the last few years. they were a steel bed/‘gate I believe though.

Uncle Gump said:
I thought that was the last thing you want to hear your lady friend say.... "it's cute".
Click to expand...

My response was... if it's cute... will a whole yard of other trucks just like it also be considered cute?

Found one more little detail about this truck: I guess it was NOT sold new here as I thought. The title says that it was previously registered in Connecticut. So sometime it made its way between there and here... probably quite a few years ago.

Yeah... they certainly have to be accepting of your hobby. As you have to be of theirs.

Wish I had a spot I could store a truck or three... just not happening at my current location.

You think the truck overall is gonna make it? Cab and frame rot?

Awesone. Always had a soft spot for step sides.

Uncle Gump said:
You think the truck overall is gonna make it? Cab and frame rot?
Click to expand...

I think she just wants to drive it. And I'm totally cool with that idea. ?

The cab and frame are in really good shape, zero major rust anywhere. Doors are borderline... Lots on the bottom and lower mirror mounts. Fenders are both trash... Tons of holes.

I'm considering taking the box off and using it on my STX truck. That one has a far better body and it all needs paint anyways. And it's an aftermarket stepside box so it's not like I'm disassembling an actual Ford prototype truck. Then make this one run, put a different box on it, and either drive or sell it. Undecided so far.

So I have spent quite a bit of time in the last few days researching the alleged "Shadow" trucks, and so far have found the following:

- the really nice red one - maybe has Illinois plates on it? - link
- another red one that TRS member shadowowner has/had, located in MI in 2010 - link
- the red/gray one in the "Shadow" TRS article - link (at bottom)
- a darker red/tan one linked to another TRS page
- a red one that was owned by coryg
- a black one owned by @88stepside
- the nasty blue and red one that appeared on Craigslist - link
- a blue extended cab with what looks like 79 and older F150 rear fenders
- mine

What do all of these seem to have in common? Three things:

One - VERY similar looking fiberglass boxes. The one shadowowner posted is slightly different. But the box lines, tailgates, and whatnot are really very close to mine. My fuel filler cap location and rear bumper are the main differences.

Two - a common relationship to the midwest/east coast which includes Michigan, Indiana, Pennsylvania, Connecticut, and Illinois.

I have found a serious lack of ANY solid facts that Ford actually made a stepside 1st gen Ranger at all. What my research is leading me to believe is that ALL of these were aftermarket/dealer conversions and that "Shadow" could very well be simply a dealer name like "Northlands Edition" or "Amarillo Edition." The fact that the really nice, well known red one has a V8 in it (supposedly) means absolutely nothing to me because it has so many other aftermarket parts... probably an engine swap done by the owner.