My name is Henrique and I'm here to present to you a very common model in South America that some of you may not know.
It is a 2007 Ford Ranger XLS 3.0 4x4.

Engine:
It has an International NGD 3.0 Turbo Diesel (with intercooler) engine, that makes 160hp (163cv) @3800 rpm and puts out 38.7 kg.f.m of torque @1600 rpm.
It uses an EURO III fuel injection system, which means it has electronic injection management but doesn't have either DPF nor EGR systems which are prone to fail.

Drivetrain:
It has the Dana 35 SLA with fixed hubs up front, just like NA models.
It uses a Dana 44 (called Dana 44-3 around here) in the back, with trak loc limited slip and a 3,55 gear ratio. Ford used the 8.8 untill 2001 and then adopted the D44 - unfortunately.
It uses a borgwarner transfer case which I don't recall the model atm, but the Ford PN is 8L547A195C2D. I think it's probably a common model between NA Rangers, isn't it?
The gearbox is an EATON FSO-2405F.

Brakes:
11,25 inch disk brakes up front, 11 inch drum brakes in the back. Some newer models uses 12" disks up front. (corrected this info)

Suspension:
Just as NA models, it has torsion bars up front and leaf springs in the back.
To fit the 33s I just cranked the front t-bars to level out with the back. T-bars are maxed but I'm still not leveled. I believe my t-bars are somehow "tired"?

To the truck, finally:

This is how i got it: 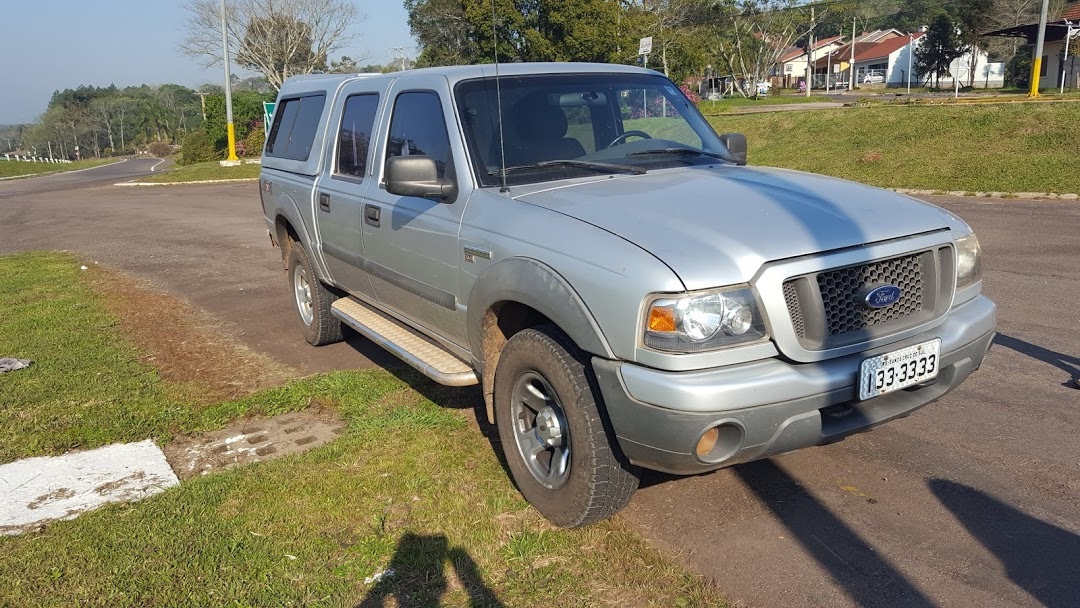 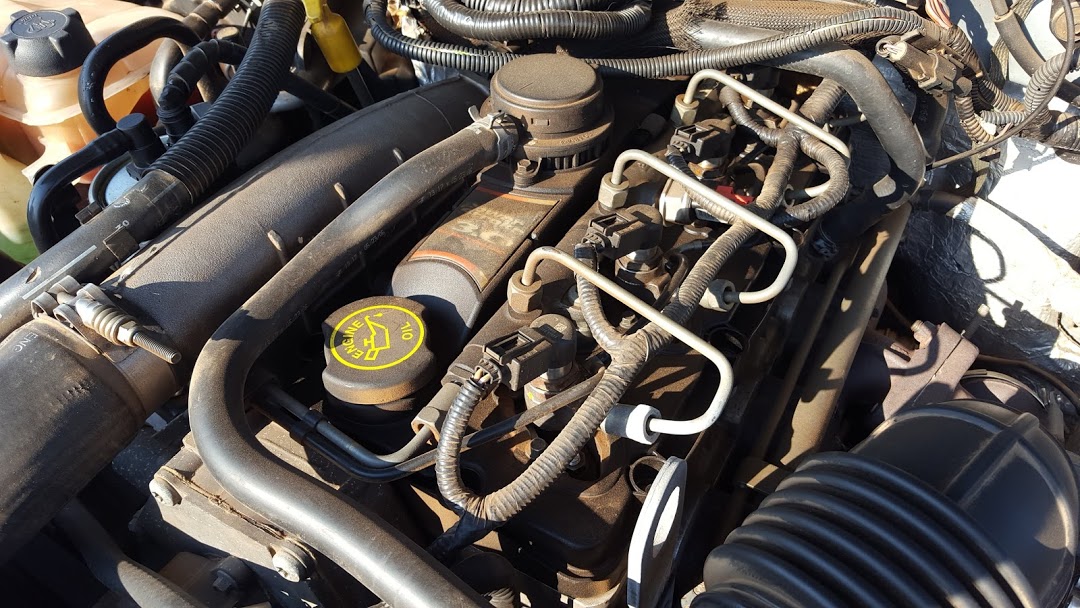 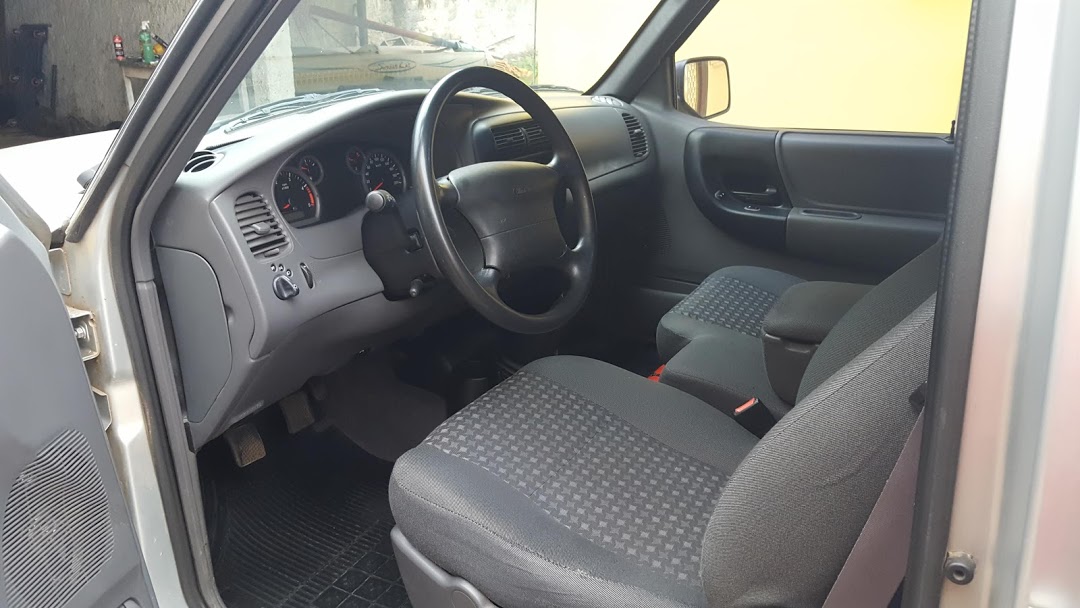 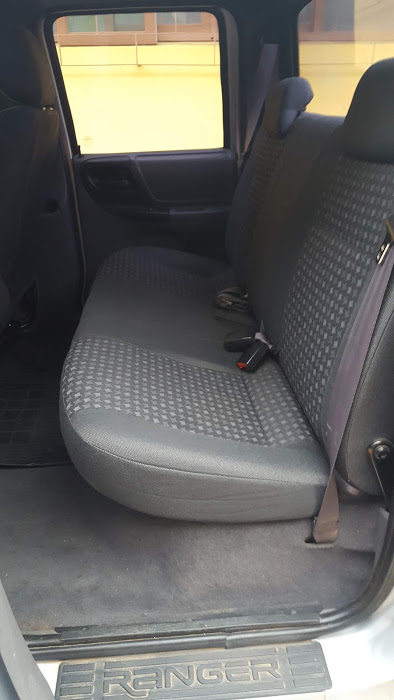 After removing side steps: 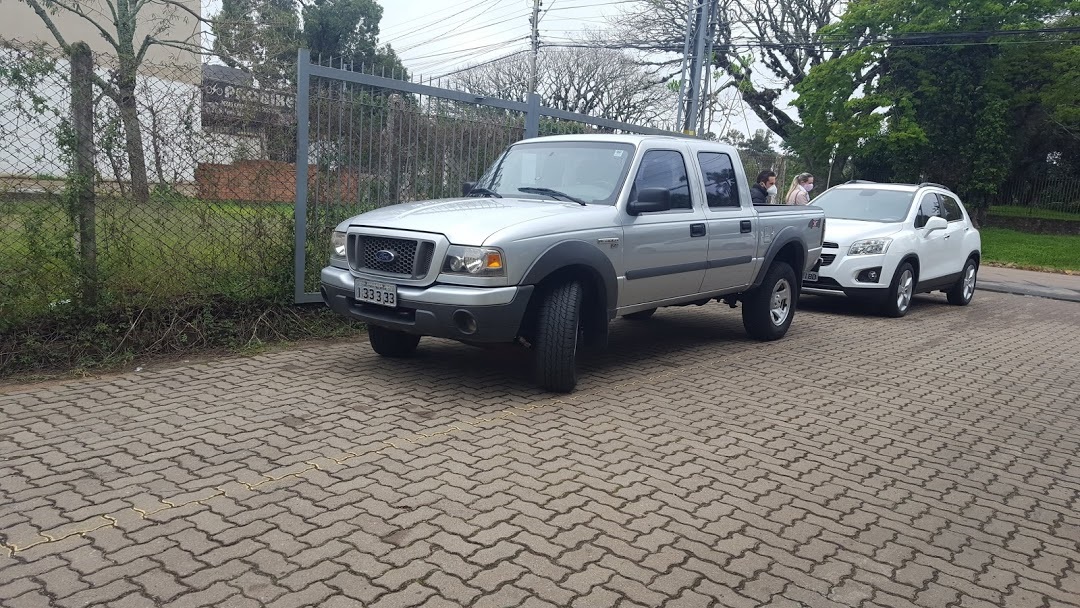 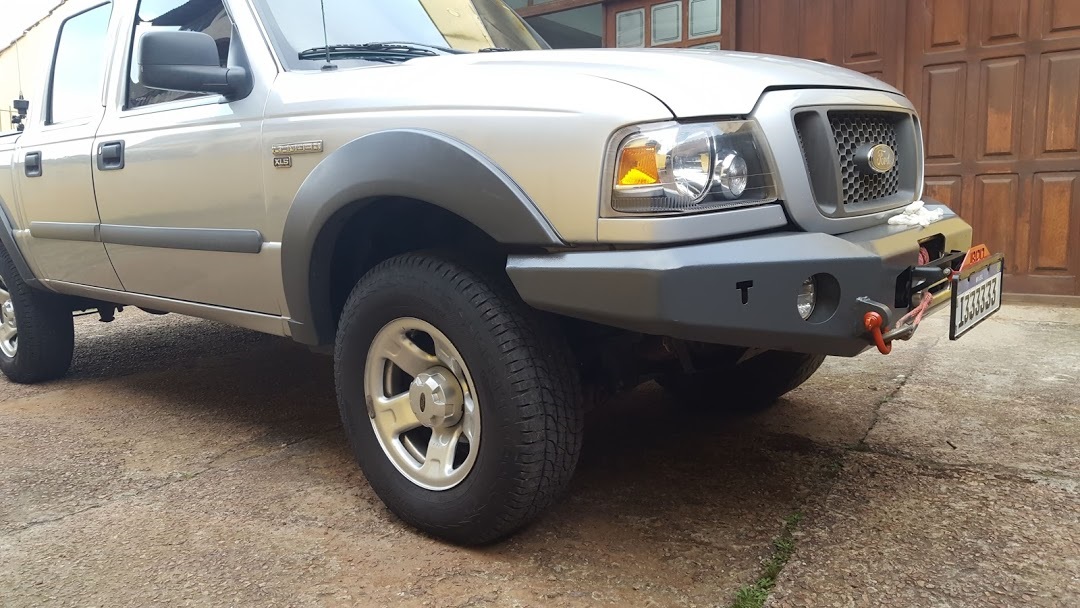 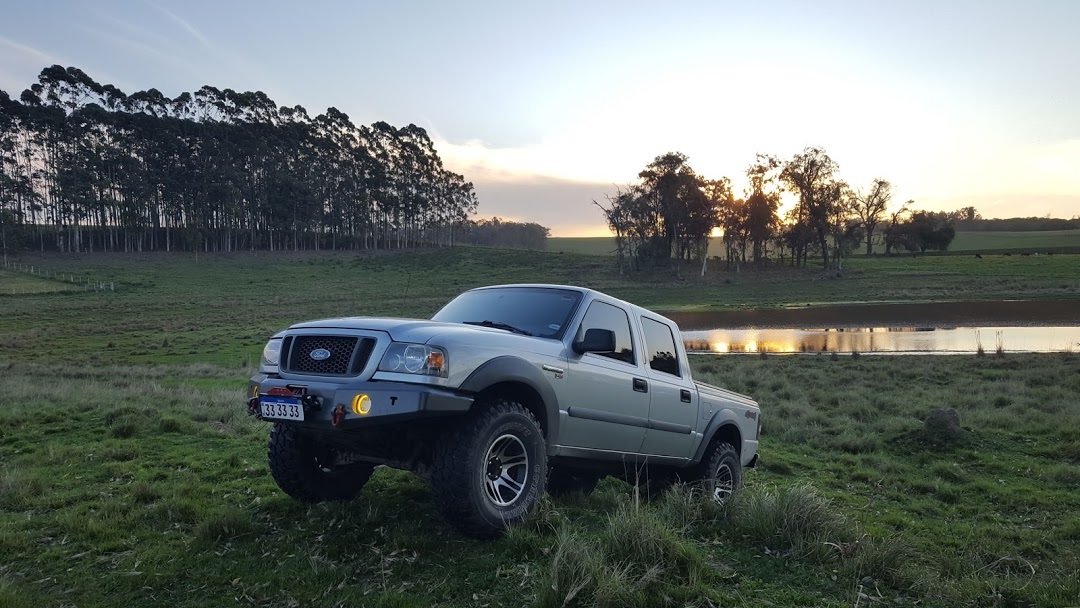 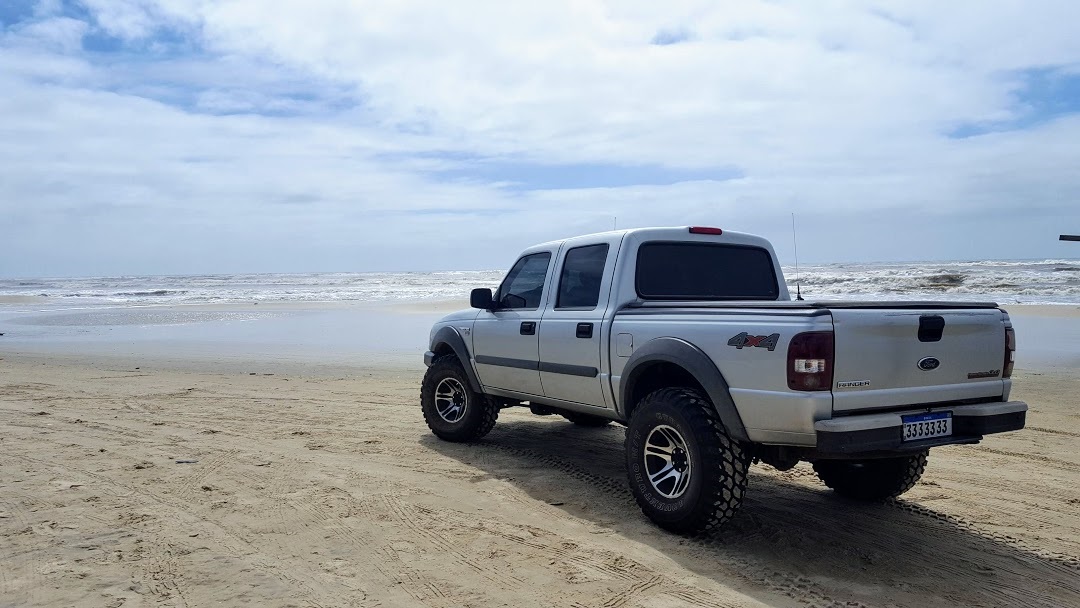 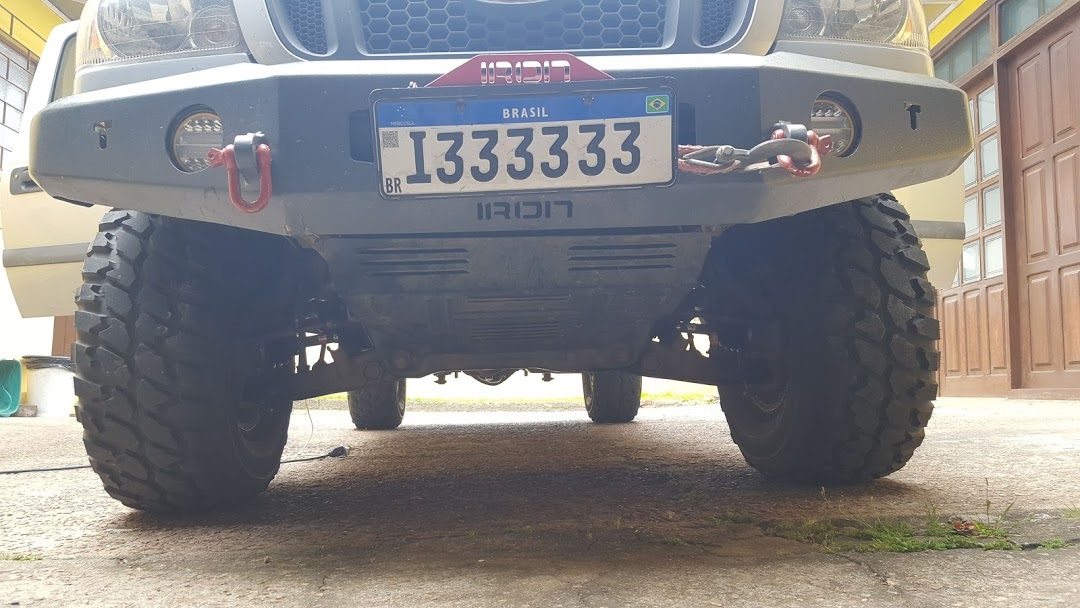 Very nice! I like your bumper. That diesel would be fun to play with.

what fuel mileage do you get?

my conversion chart is missing, how much is 38.7 kg.f.m when translated to foot-pounds?

Looks like the units are "Kilogram force meters" which I had not heard of before. If that is correct it converts to right at 280 lb-ft of torque, or 380 newton-meters (with rounding).

Wish we could get that here!

a kilogram is not a force, it's mass. and that's all I (want to) remember from physics class.

the numbers do look about right though.

I found a conversion page, dunno if it is 'right' or not but like you say would seem appropriate for a diesel of that displacement / horsepower.

If you do a search on the engine description it seems that the manufacturer likes to use those units, for some reason. I doubt most people (in this country anyway) would have a clue what a Newton-meter was, so maybe it makes no difference in the end.

pjtoledo said:
a kilogram is not a force, it's mass. and that's all I (want to) remember from physics class.

the numbers do look about right though.
Click to expand...

Right, but neither is a pound a 'force' in the foot-pound measurement since it also represents mass. Foot-pounds are the force required to move (x) pound(s) against the force of gravity, with a lever arm of one foot (I think).

Gets confusing as vehicle torque is an angular measurement, not moving mass straight upward against the force of gravity.

what fuel mileage do you get?

my conversion chart is missing, how much is 38.7 kg.f.m when translated to foot-pounds?

Rangers also switched to 12" disks around here, mine is the transition year meaning some are equipped with 11.25" as you stated (not 11" like I mentioned - sorry) and some may be equipped with 12" disks in that year. All later than 2007 (before T6 models) have 12" disks.
You must log in or register to reply here.
Share:
Facebook Twitter Reddit Pinterest Tumblr WhatsApp Email Link