So today it was raining pretty hard out, and I got into my truck and noticed the driver rear bottom part of my headliner wet and a drip starting to form. I've been battling water leaks in this truck for a while. At first, there was a leak in the center of the back glass (up by roof) Pulled the 3rd brake light and put new foam adhesive tape on it. Held for a while. Then my driver front door seal started leaking, so replaced that. Then a bit later the back center started leaking again, same spot as first time. Pulled the 3rd light again, and since someone at one point had put hotter bulbs in and melted the inside of the housing, and there was cracking on the lens itself, I felt I should just put a new one on with the seal installed already. Got a Ford OEM brake light. Held for a while. Then today I see this leak. I was parked under trees at work and could hear it hitting the roof hard. Pulled out from under the trees and seemed like the leak let up. The headliner is drying out but the stain is spreading up further now. Idk if it's just soaking up water. Any ideas? Only other place I can think of is the rear glass seal that runs around the whole rear window. It isn't leaking from the sliding window either, this is more towards the driver side. Was parked on level ground too. What is entailed in changing that? Thanks. Btw, I don't have an XM antenna that can leak either. Not equipped

So, update. I ended up pulling the headliner down in the rear and found a leak coming from the rear glass. Both top corners. Pulled the interior and headliner and had the glass company install new butyl tape on the rear window. I watched him do it and seems it was done correctly. Surfaces were cleaned off too and no rust present at all. Talking to him he has done hundreds and hundreds of these window reseals back in the early 2000's when the trucks were new and had these problems, so I doubt it was done incorrectly. It rained today. Get in after to look, and find the driver top corner is dry, but the pass top still has a drip. Now, the leak on the driver side was right from behind the glass, as pictured in the second pic. The one from the pass side in the first is between 2 pieced of metal. Idk if it's from the actual rubber seal around the rear window or something else. The only other thing I can think is the seam from the roof to the back of the cab. I inspected that and there's a very slight crack but not huge. Had someone spray water on that seam and I did not see anything come in. But when they sprayed the top left corner of the window seal it came in quickly. Any ideas before I ring the guy again? All the nuts for the window are tight as well. I would like to figure this out soon as I go away for vacation in a week and will not have access to a garage. Thanks *Note* The second picture was taken before the glass reseal. After the reseal that does not leak anymore 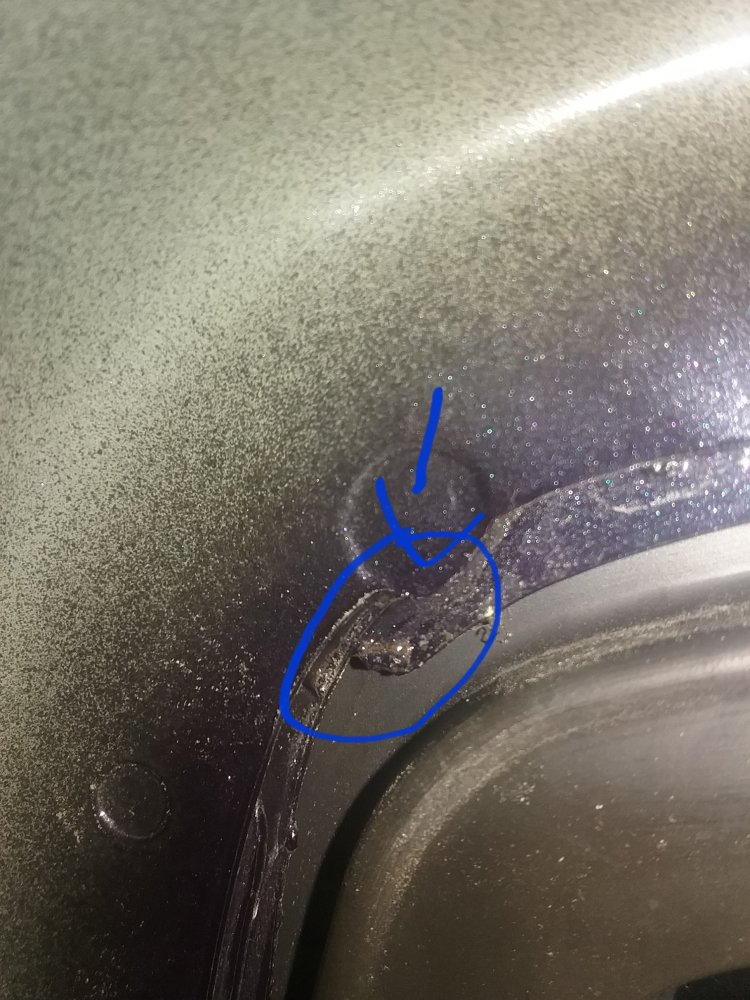 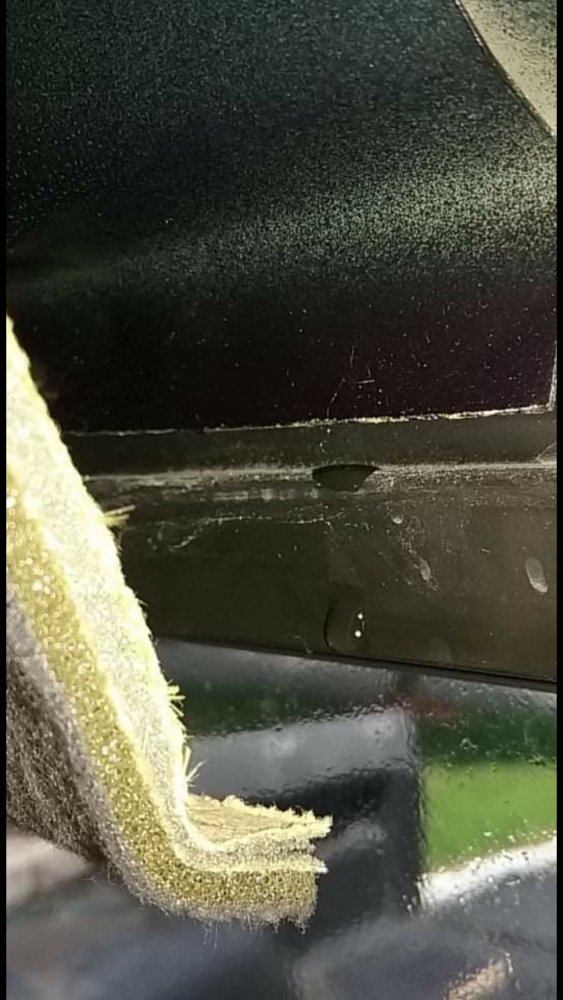