A while back I saw a question about how to remove the rear door panel to repair the door latch. There were no replies so I thought I'd post some pics of my door latch (lower) repair. 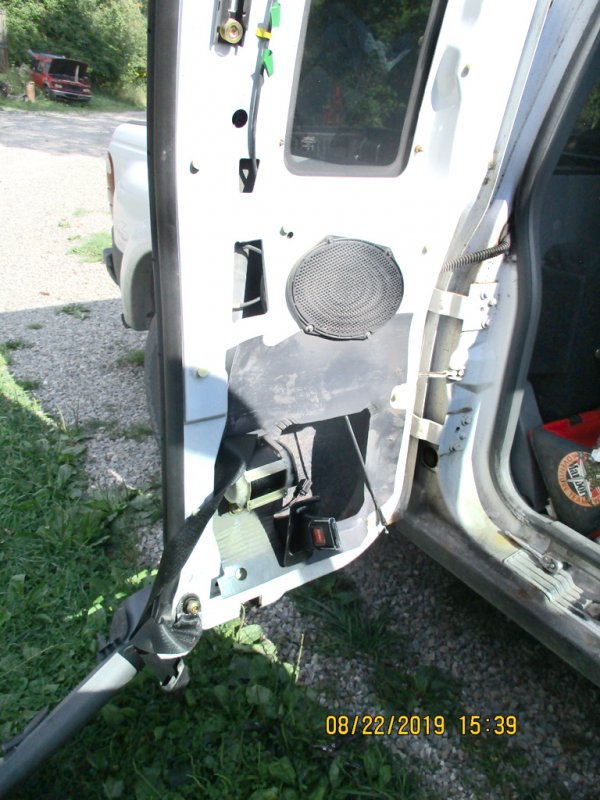 The inner panel can be removed by unbolting the upper sholder-belt (a nut) the lower seat belt and the rear seat belt can be left in place if you don't need to swap out the panel. (held on w Torx bolts)
Just wiggle side to side and upward on the panel, it will pop loose. Putting it back on is a bit more of a chore, remove the plastic "pins" from the door and place them in the panel, line up with the holes and shove back in place. 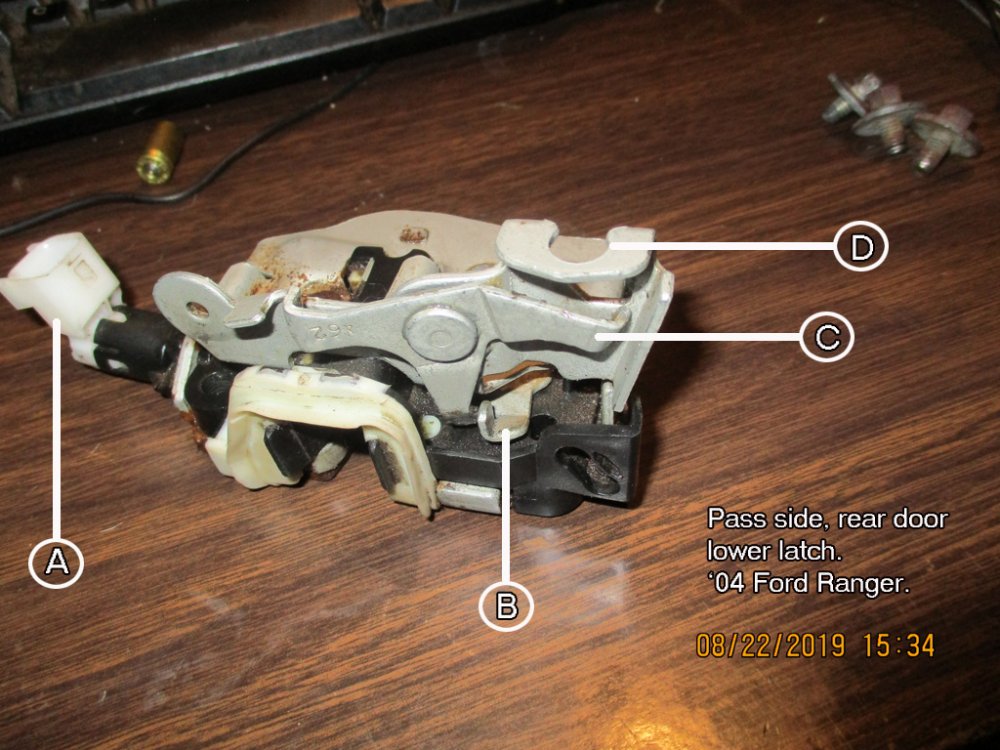 The latch itself, (Right side, lower) A is the switch connector, door ajar and dome light. B is the latch release, on mine this was stuck by dirt and rust, I sprayed with WD40 and worked it side-to-side with a pair of needle nose pliers, rinse and repeat.. C is where the cable end hooks in, it was also stuck, again, WD40 and working it up and down freed it up. D is where the cable housing hooks on. Hold C in its up position and pull the inner cable out of the slot (D) and you can fish the inner cable out of its slot.
Below is the latch itself removed (3 torx screws from the underside of the door) with the wire and cable installed. 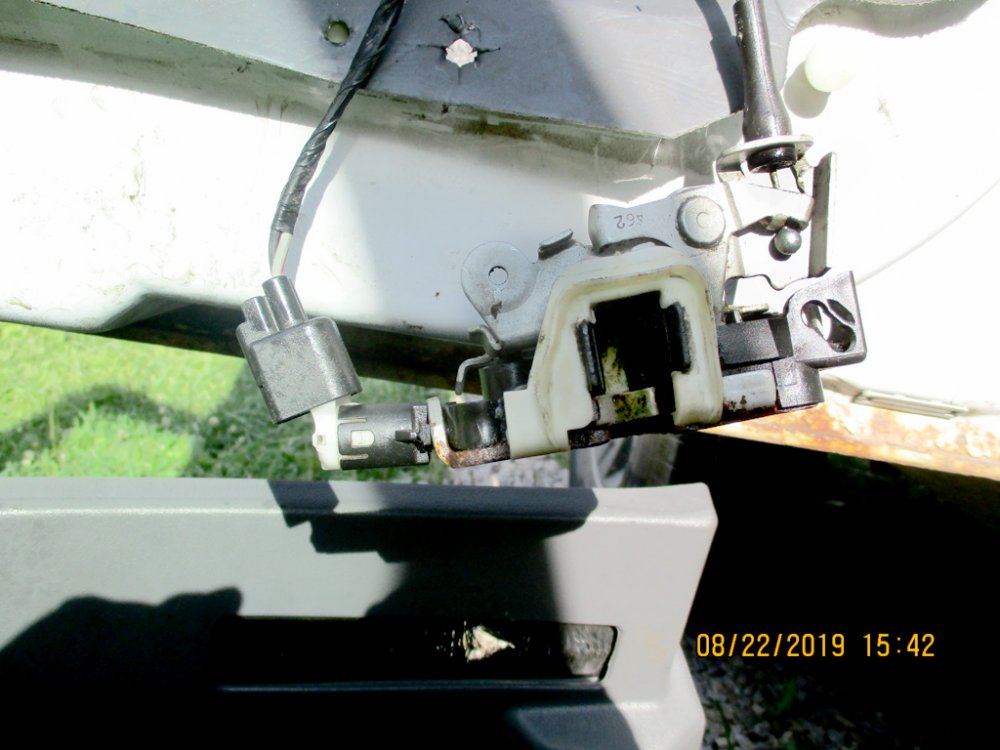 I had to grind two of the mounting screws off, they're the same size/thread as ford fender screws but the fender screws are too long. I didn't want to make an hour trip for new screws so I shortened some spare fender (8mm hex) screws for the job after getting the old cut of screws stubs out.
Last edited: Aug 23, 2019

My credo
Get the job done, correctly, the first time. There's beer to be had.

The irony (maybe?) that there are no replies to this either. Until now. I've been having the dome light issue with my driver's rear door. I didn't have any idea where the switch was until now. Thank you.
You must log in or register to reply here.
Share:
Facebook Twitter Reddit Pinterest Tumblr WhatsApp Email Link