I know, I know, this is a really bad calculator. However...  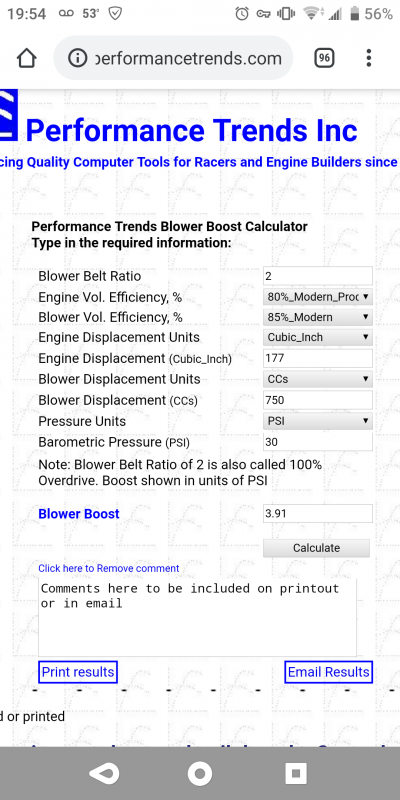 What's that off of. I am thinking I need one.

It looks kinda like it's off the bottom of the ocean - got some corrosion goin' on there.

8thTon said:
It looks kinda like it's off the bottom of the ocean - got some corrosion goin' on there.
Click to expand...

I have corrosion on things that are high up in the engine bay and installed this winter.

Also. More "that calculator is inaccurate"... 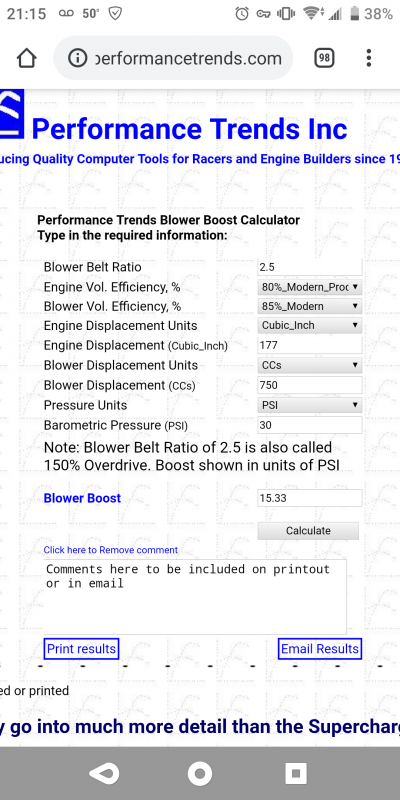 I think this may be worth a try.

Wait... why is there an intercooler on a supercharger?

Even the old super coupes were intercooled. Compressing air in a super charger generates heat... the intercooler dissipates that heat before the force feeding.

Interesting, didn't know the 5-10 or so pounds of pressure would really make a difference heat wise. Obviously routing the air over the exhaust (i.e turbo) makes considerable heat but never seen one on a supercharger before.

Dirtman said:
Interesting, didn't know the 5-10 or so pounds of pressure would really make a difference heat wise. Obviously routing the air over the exhaust (i.e turbo) makes considerable heat but never seen one on a supercharger before.
Click to expand...

Any level of compression will begin to generate heat and it only takes a few degrees to start making moisture condense out of the air and to drop the O2 density.

Consulting with the sages on my end. It's definitely possible. Trying to work out whether to use a bone stock MAF for the California 2.9, or try to use a 55 mm out of a 'stang. Also working out needed injector size.

Definitely keeping an intercooler on it. Cast pistons here.

Any recommendations are greatly appreciated.

I think you might be getting to the point that you can drop a couple "really"'s from the title. keep working on it and maybe the "bad" should go too.

alwaysFlOoReD said:
I think you might be getting to the point that you can drop a couple "really"'s from the title. keep working on it and maybe the "bad" should go too.
Click to expand...

So here is my line of thinking:

Low boost (5-10) is possible and attainable by utilizing the salvaged M45 with the 2.9L, and from ancidotal evidence, even sustainable; my engine is mostly fresh. Heads are aftermarket J & C (think World Heads) with correct rockers and pedestals. Red rouge polished all control surfaces and pushrods for good measure. JBA headers are installed along with a 2.5" single stainless exhaust and Flowmaster Flowfx. Cam is healthy. Lifters are new. Distributor is new. TFI is remote mounted with cooling apparatus, and MSD coil is in use. Plenum, intake, and heads are all gasket match ported. Using a 54mm throttle body. High flow thermostat is in, 16in and backup 12in electric fans are on, and larger dual row radiator is next. M5OD transmission is rebuilt and installed. Should have put the 4.0 clutch in, but, meh. Wiring is good. Injectors are re-ringed, and fuel system is healthy. Put an air-fuel gauge on with a bosch narrow band O2 for kicks. This is the best this engine has been in 30 years.

California MAF is a must-do at this point. It's running lean or rich with little in between, dependent on driving conditions. I'm boiling the speed density computer's brain. Tangent: I'm also over-heating my engine bay from the headers, but that is a separate issue. During the last long-haul trip (300 mi each way) I had to remove the front valence at a rest area to increase airflow to the engine bay and blow the "stank" out. Hood/cowl scoop time, which means I get to look like a ricer. Ugh.

My point of confusion is that I cannot figure out if the California MAF sensor is a restriction in the air delivery system. I do not know the ID of the housing. It seems foolish to me to have done all that porting work and exhaust work to put a air barrier in the middle of the system if the sensor housing is pitifully small. It also could be a choke point for the supercharger.

So from my understanding, my options are to go with the stock MAF, or attempt to use a larger housing and sensor and use a TwEECer to re-write my MAF transfers and possibly use bigger injectors.

If the stock California MAF is not an obstruction, I'd prefer to run it. Much cheaper. And if the California EEC (S0X box code) will run the M45 as well with the help of an intercooler, even better. If not, I'll have to start budgeting for the TwEECer and other stuff to go with it.

I keep getting stuck on the stock MAF, and if the MAF computer will allow for boost..

Edit: From what I can tell, the Ford part number for the stock MAF sensor is FO7Z-12B579-AARM. Any part number experts that can verify this?

With the headers I ended up running kevlar socks to stop cooking the sparkplug wires. I don't have your cooling problems because most of the inner fenders are gone and the rad is behind the cab.
Sorry I can't help with the rest.

More luck at the boneyard, and some interesting MAF data.

Pulled form a 1999 Mercedes C230 AMG. Grabbed the inlet and outlet tubes. Going back for the mount plate, tensioner, crank pulley, and possibly intercooler this evening. 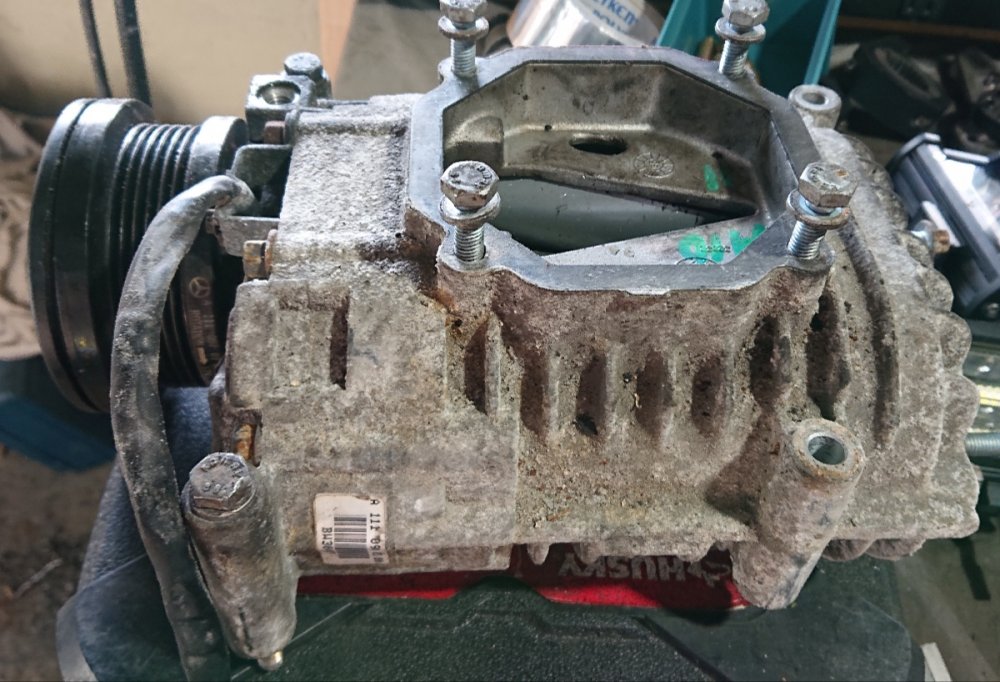 Listed as an Eaton M62. 1L displacement per rev. WOOOOOOOOOO!

Oh, and it even includes an electric clutch on the snout. Hm... Wonder what I can do with that... 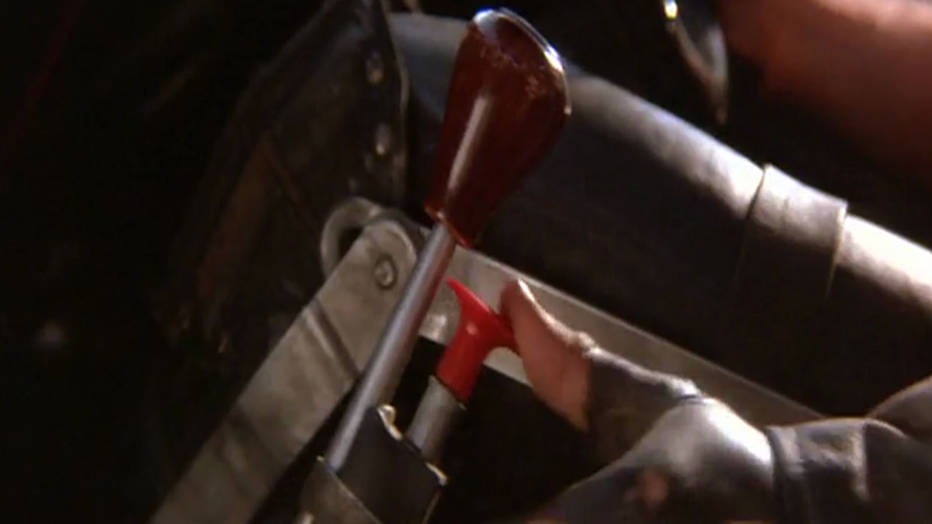 Great writeup on junkyard supercharges available, and their sources: 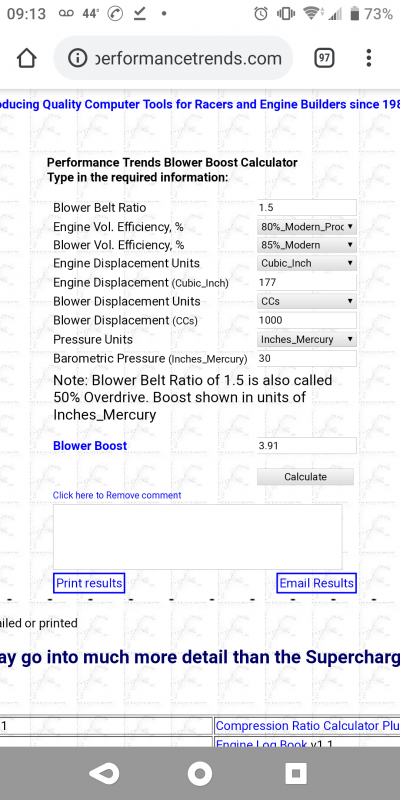 And some heavy reading on recycling MAF sensors. Digging through the site, found a familiar name. Here's looking at you, @deathbypsi


This looks much more practical when compared to the M45.