Niece drove her first car with no oil ! = clanking...

I know this is mostly a Ranger-only forum but knowledgeable folks here might know.


my niece just got her license and a 2007 nissan murano SUV w about 111K miles.
She knows nothing about cars yet.
It has a computer/screen that said to change the oil for some time and she didn't. The Low-Oil light on dash came on about a week ago so I think she either didn't know what it meant or thought it just meant to get an oil change.

It was clanking for a couple days. Yesterday it got so bad that they told me about it and I told her to not drive it and I went to check it out.
It had no oil!
I put 4 quarts of 10w-30 just to get a decent reading on the dipstick, luckily it wasn't clanking after 4 quarts, luckily it didn't seize!
Then, right away I brought it to valvoline for an oil change and filter. It seems to run fine now.


She said she never saw oil drips where she parks and it doesn't smoke out the exhaust. Any idea why it lost all the oil?

For now I said just keep a close eye on dipstick level and carry around a large jug of 5W-30 in case it gets low.

Also, any idea what this cut hose is? There's no slack to reattach and to see where it goes the whole engine has cover plates I didn't bother removing. Maybe I can just patch it to reattach. With engine running, if I put my finger over the nipple it attaches to, it sucks in.

Oil may be dripping onto a skid plate. I have an '04 infinite FX35 and I have noticed a lot of undercarriage panels blocking direct access. IF she's leaking oil, it could be that it's NOT dripping where she parks, but on the road as she drives. OR it could be leaking into the cylinder and burning up, and she just doesn't notice the smoke.

Even if the exhaust is not smoking or you do not see a puddle under the car there could be a leak or it could be burning oil.

The hose is a vacuum hose, would have to follow it to see what else it's hooked up to. I would want to reconnect it sooner then later.

Vacuum leak could be causing one or all of your trouble codes.

the cam timing related codes were likely caused by the lack of oil to drive the system, the lean code is most likely related to the vacuum hose being broken off as was previously mentioned

My credo
If I learned from my mistakes, I'd be a genius !!

I dated a girl years ago and she called me one day saying her motor was clacking....went to her job and same situation on a 4 year old Hyundai Tuscon. After pulling the dipstick and seeing nothing but dry metal, I asked her when the last time she had an oil change and she said..."Never, but when it was new, it came with oil right?". I almost pissed myself laughing...put 4 quarts in it and it slowly quieted down over the next week or so and didn't seize either. Girls are luckier than us I guess

In your case, who knows what the previous owner did as far as maintenance but it's still odd in both of these cases that people don't notice oil consumption for a vehicle to get that low. The warnings are there...not blaming your niece but the PO had to have seen that same issue before they sold it if she just got it. I couldn't consciously sell a vehicle without at least performing some routine checks and maintenance if it was going to be driven on public roads again.

Camshaft/crank sensors are a common failure on Nissans, but when they go the engine usually doesn't run or runs like crap, so this could likely be part of the no oil issue and may go away.

She is likely burning the oil. The catalytic converter is burning it off so probably won't smoke except on cold starts.

Schools really need to have a mandatory adulting class that teaches basic skills like checking oil and how to maintain a car and house.

Someone took the oil out but didn't put oil in after completing their oil change.

How much you want to bet it has a new filter. LOL

modern catalytic converters clean up lots of oil.
you can have no clue how bad oil consumption is just by looking at the exhaust.

Is it direct injection? If so, that's where it's going

Now that you are topped off, you can slide a big piece of corrugated cardboard under the engine at night, then take a look the next morning. You just might find a leak.

97RangerXLT said:
Schools really need to have a mandatory adulting class that teaches basic skills like checking oil and how to maintain a car and house.
Click to expand...

But that would make them more independent and more capable citizens... pretty much the opposite of what the people who run the schools want.

those 3 lessons will be with her for life and keep her safe and not on side of road with hood up.

cheers and glad to hear the engine is doing ok .... PS taught my step daughter those 3 lessons and also proper way to jump start a bad battery.

For many reasons, she needs to trade that Murano for something reliable. It might sound okay now, but you never know when a rod bearing is going to spin from the lack of oil. And it that doesn't happen, the transmission will crap out because they all do on that vehicle. 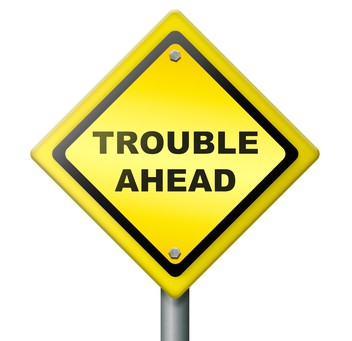